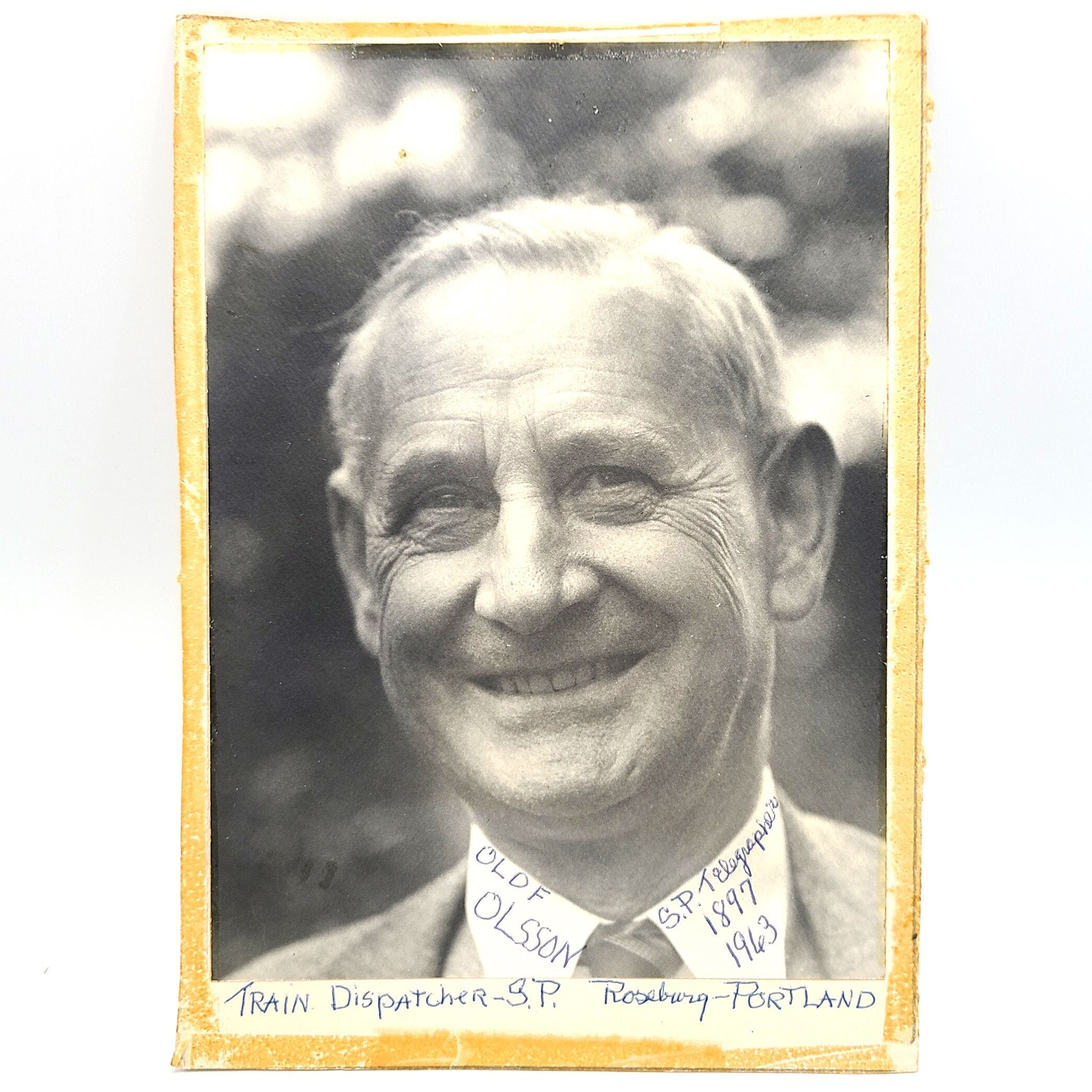 Description: Photograph of Olaf Olsson (1880-1963) a longtime chief train dispatcher in Oregon. He was born in Ostersund, Sweden (to Paulus Olsson and Anne Lindquist) and immigrated to the United States in 1884. In 1904, he married Clara Belle Pengra. They lived and worked iin Ashland and Roseburg and, by 1920, were residing in Portland. Around 1957, after the death of his wife, he retired to Las Vegas. He was a chief dispatcher for Southern Pacific. The handwritten note below the photo also indicates that he had been a telegrapher.