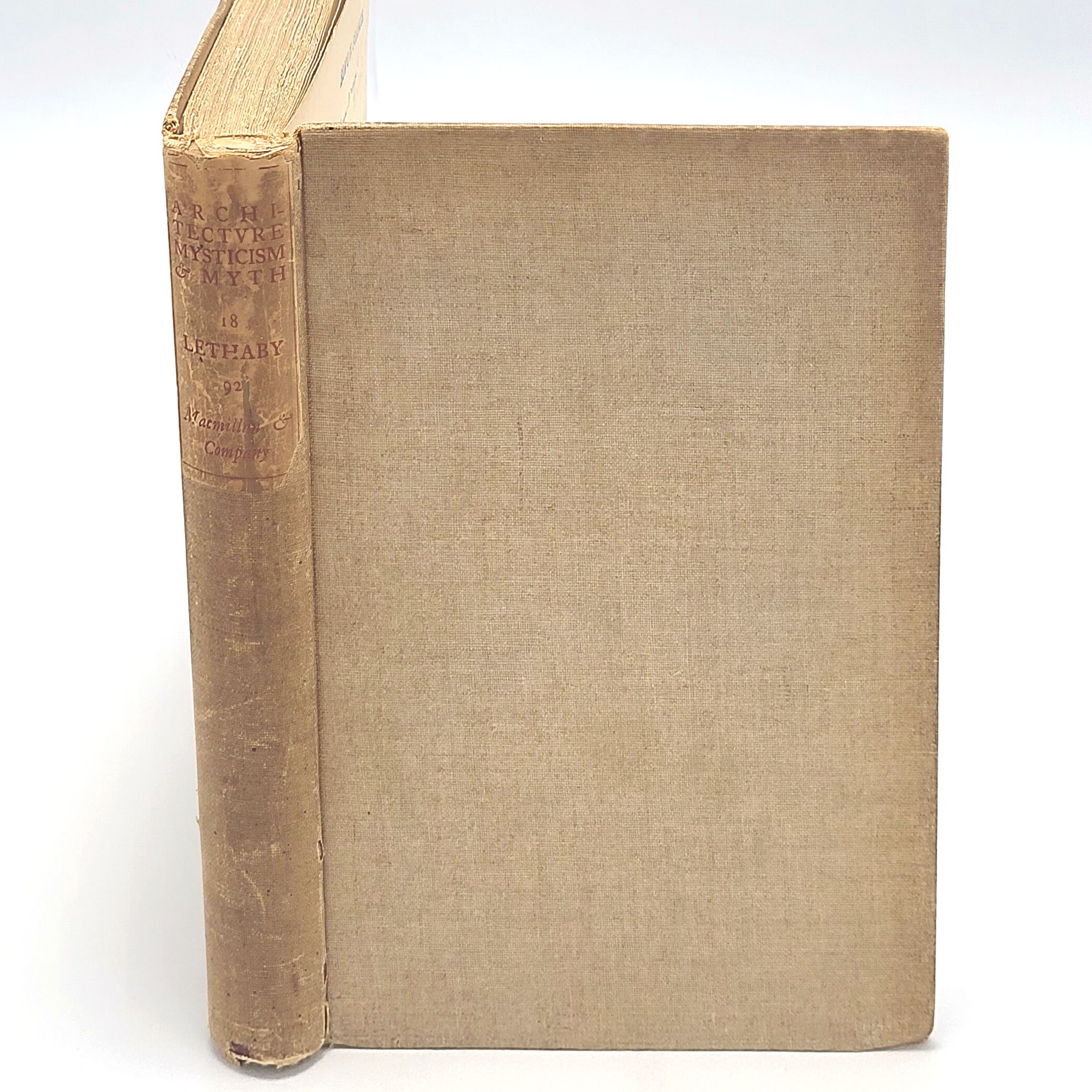 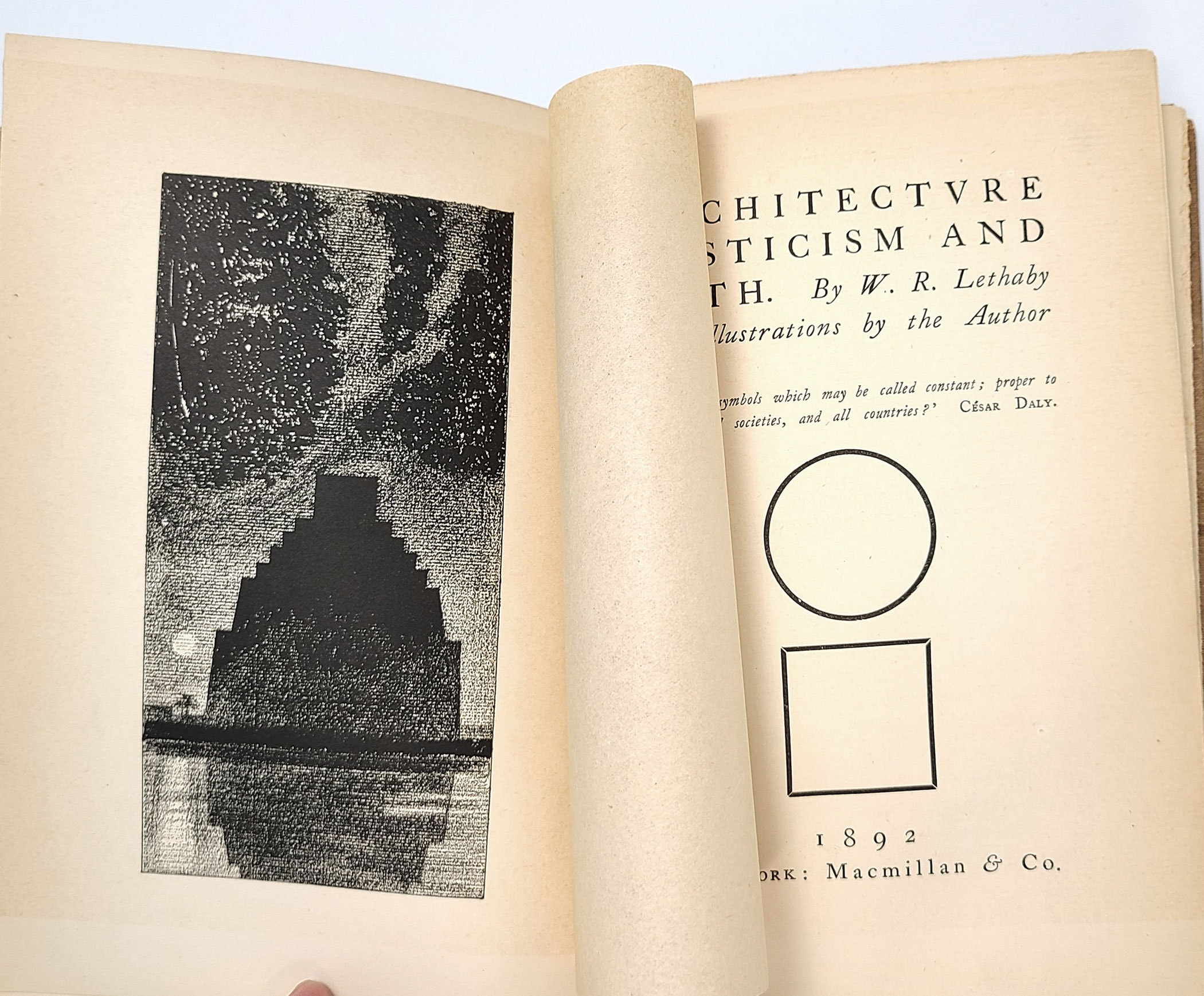 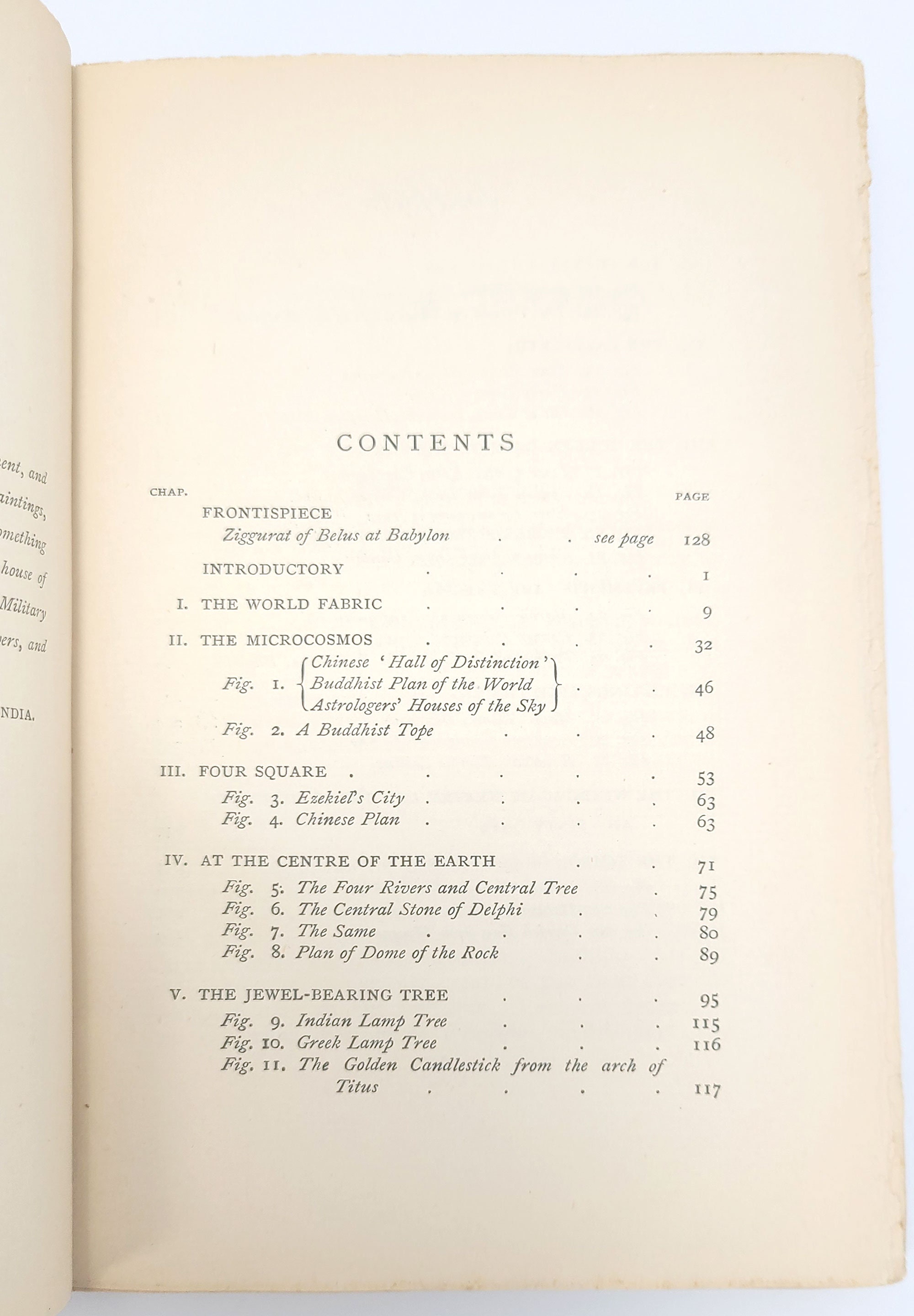 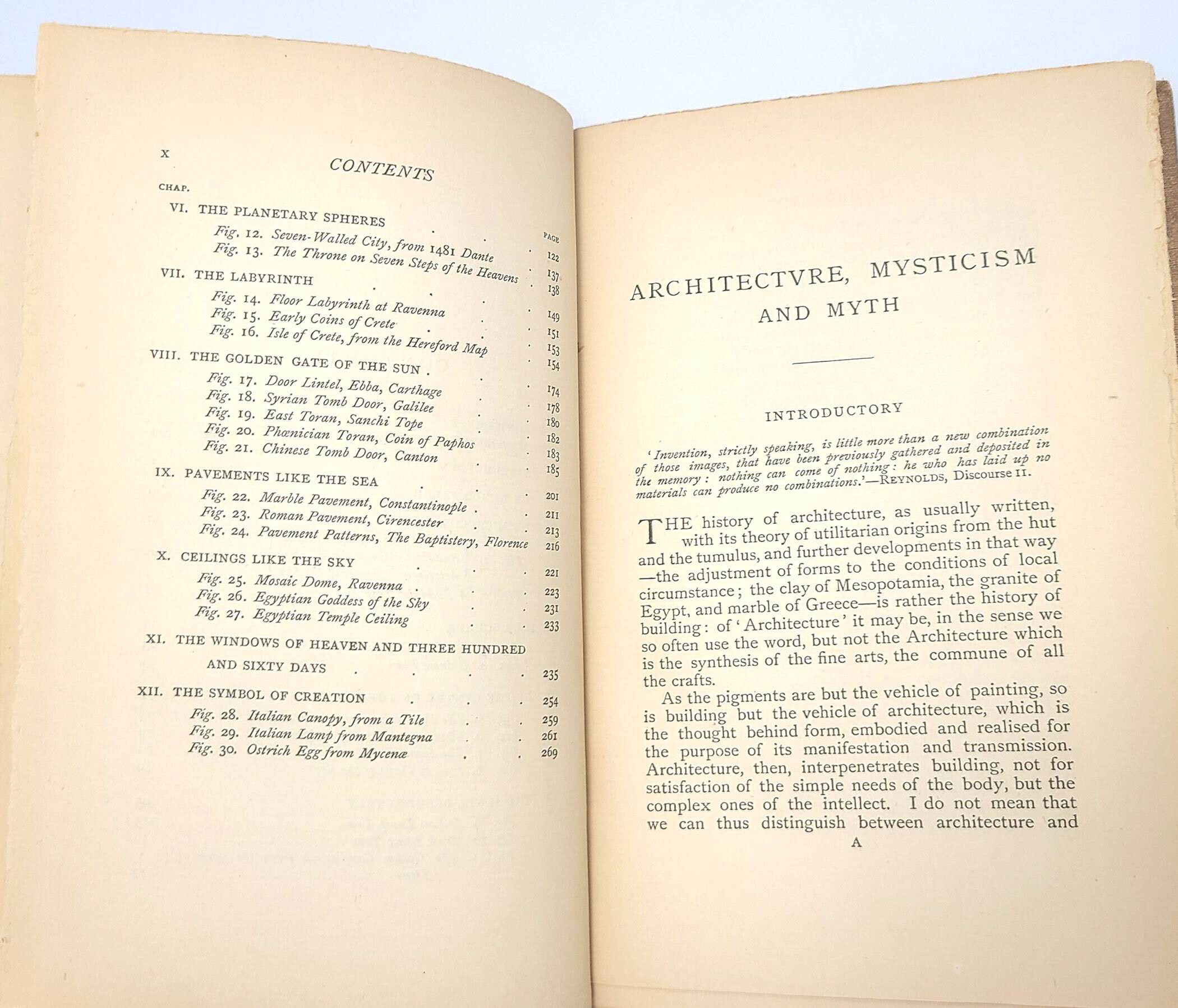 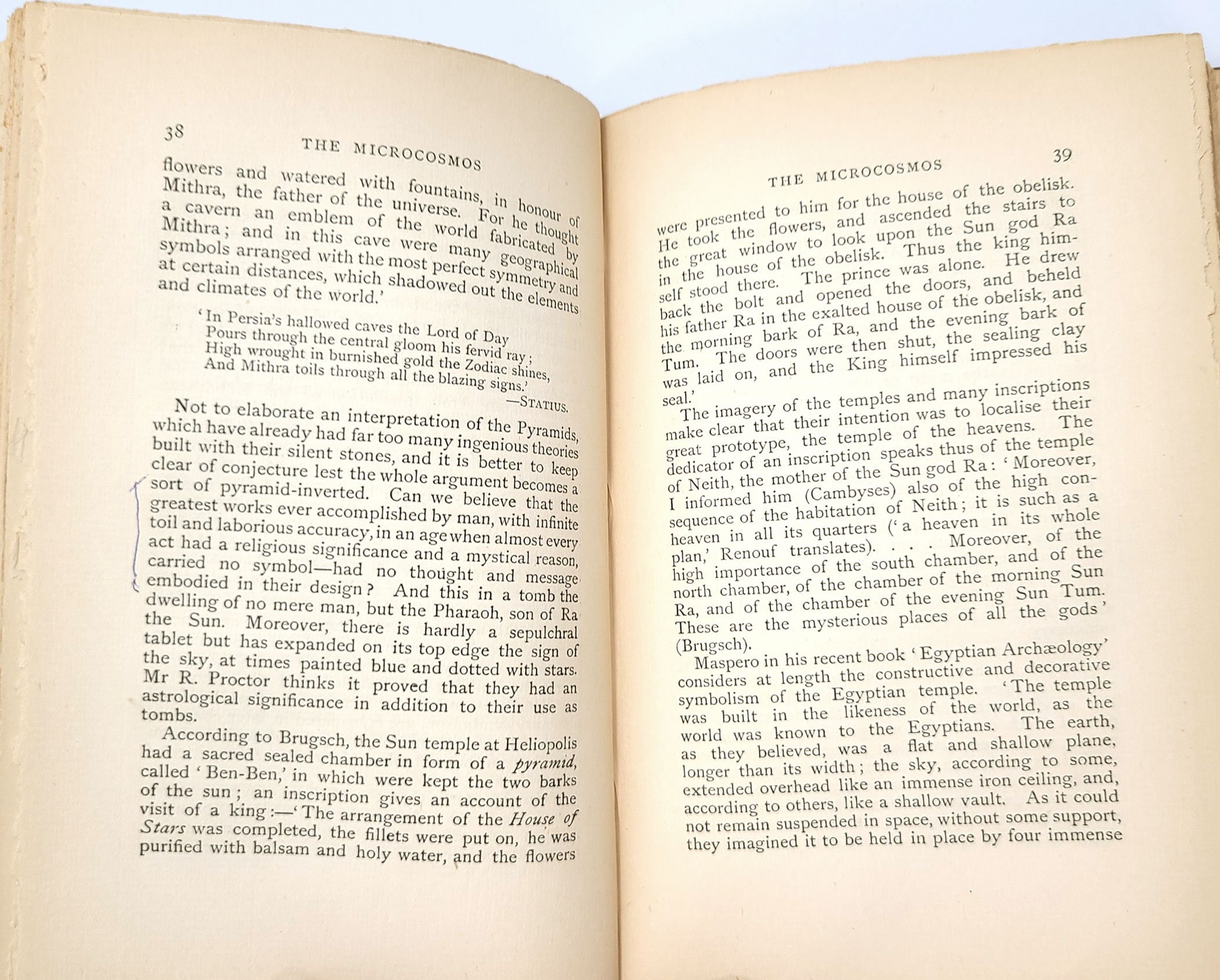 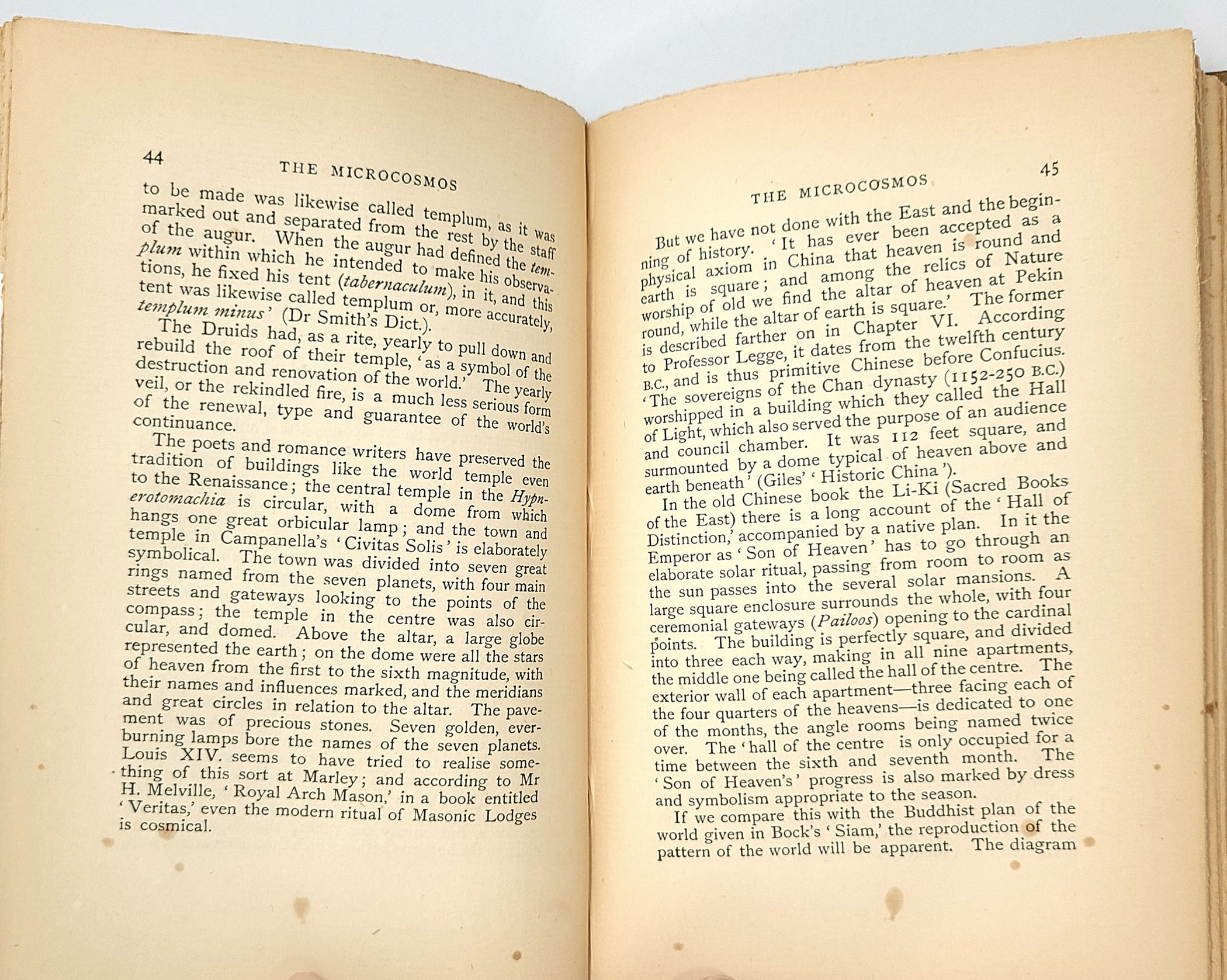 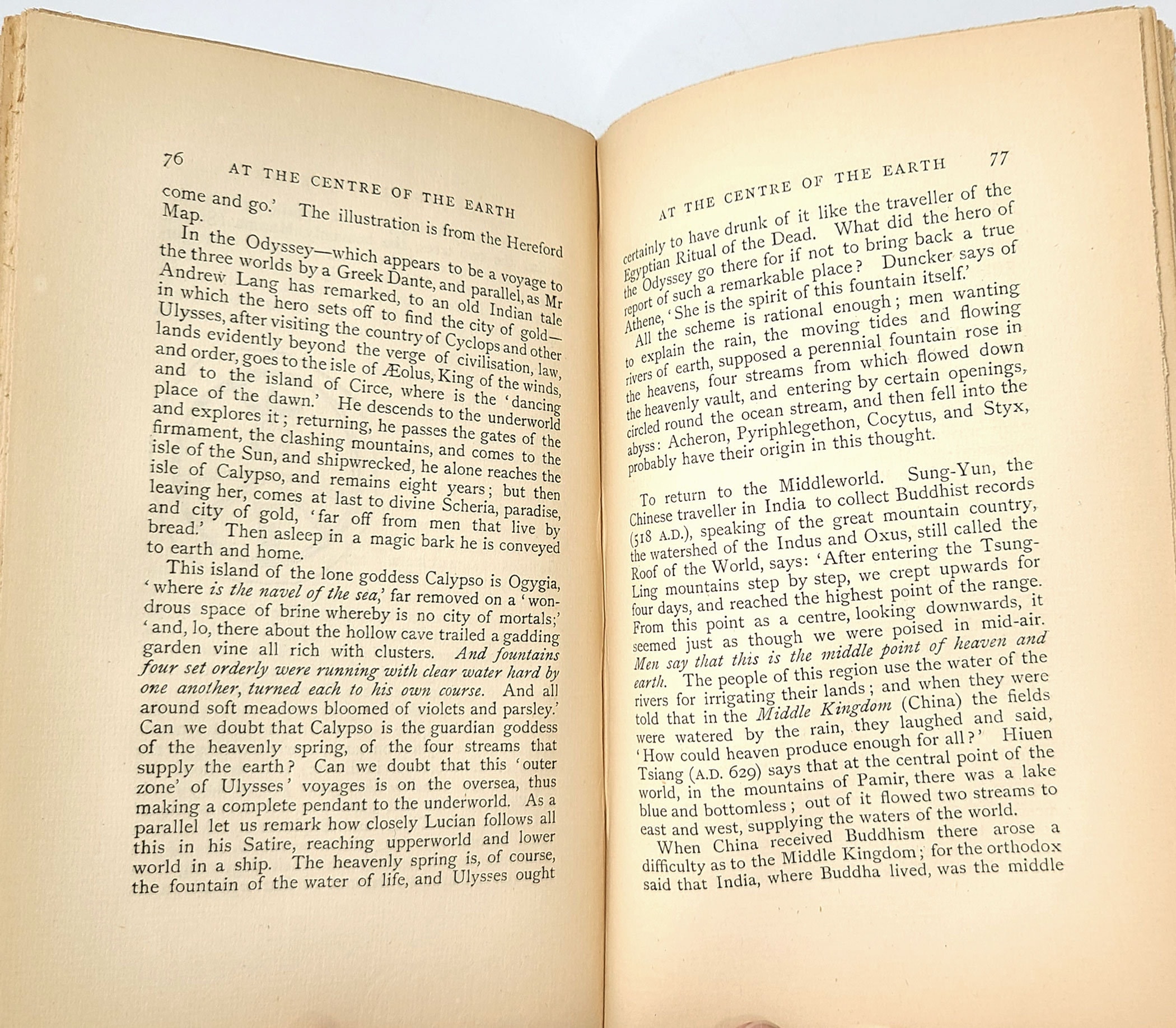 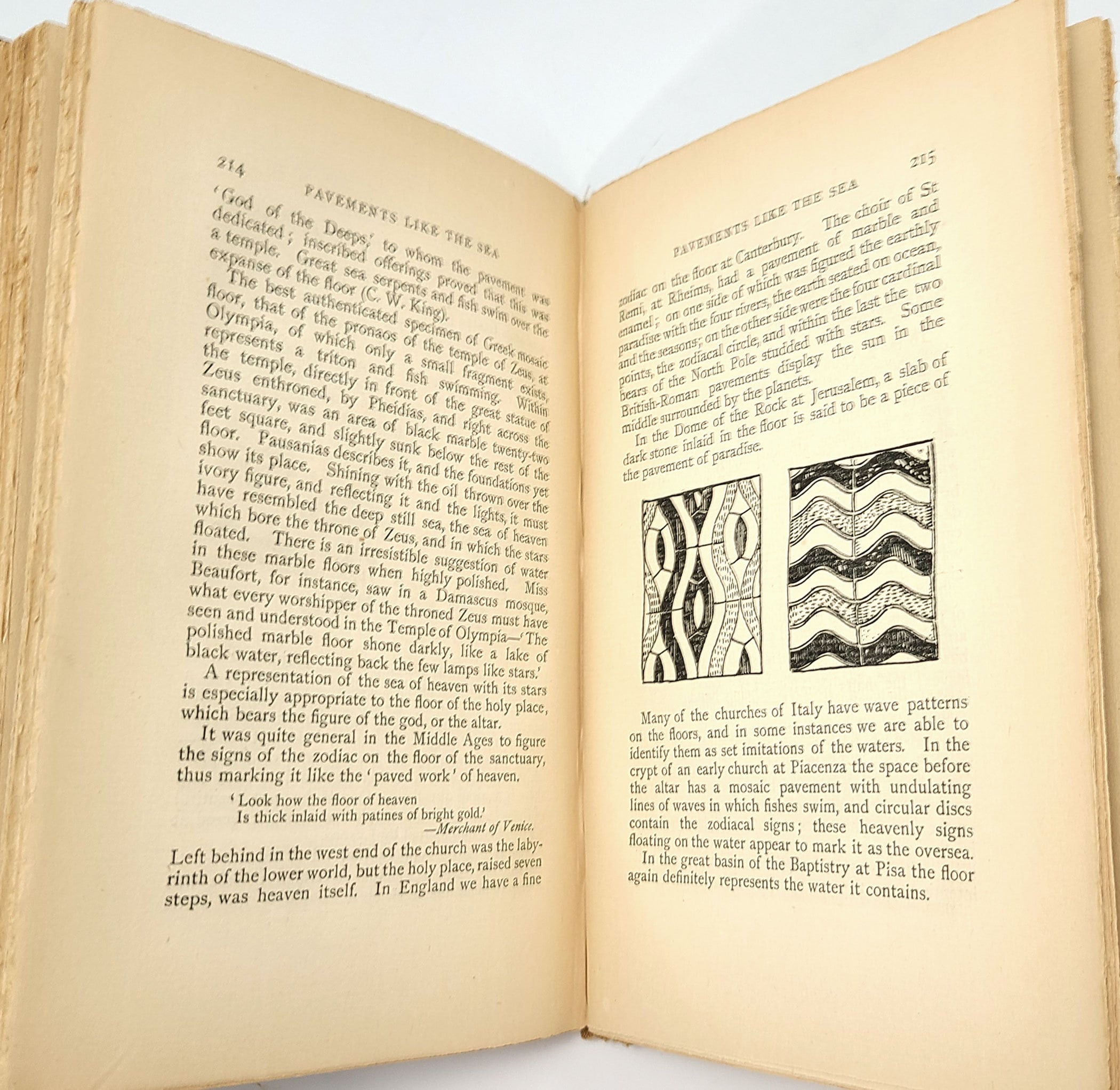 Description: Tan cloth boards with paper title block on spine. Cloth at spine ends is worn. Title block is very scuffed. Previous owner's name and date rubber stamped with some minor handwritten notation on ffep. Four pages have brackets written in margins and one page has a small amount of underlining. Two facing leaves show a bit of tea splatter. Frontispiece with tissue guard and many in-text illustrations made by the author. x, 272 pp. 7.75 x 5.25 inches.

A study on the influence and meaning between world and cosmic structures on architecture and design. Lethaby looks at a plethora of ancient and medieval examples, viewed through the lens of architectural legends, religious beliefs, and myths (including Biblical, Egyptian, Middle Eastern, Chinese, Greek, Roman, Hindu, Buddhist, Islamic, Byzantine, etc.).

Chapters: The World Fabric; The Microcosmos; Four Square; At the Center of the Earth; The Jewel-Bearing Tree; The Planetary Spheres; The Labyrinth; The Golden Gate of the Sun; Pavements Like the Sea; Ceilings Like the Sky; The Windows of Heaven and Three Hundred and Sixty Days; The Symbols of Creation.

William Richard Lethaby (1857-1931) was an English architect, architectural historian, and a pioneer of architectural conservation. He was influential in the Arts & Crafts Movement, a personal friend of William Morris and Philip Webb, and helped co-found the Art Workers Guild in 1884.