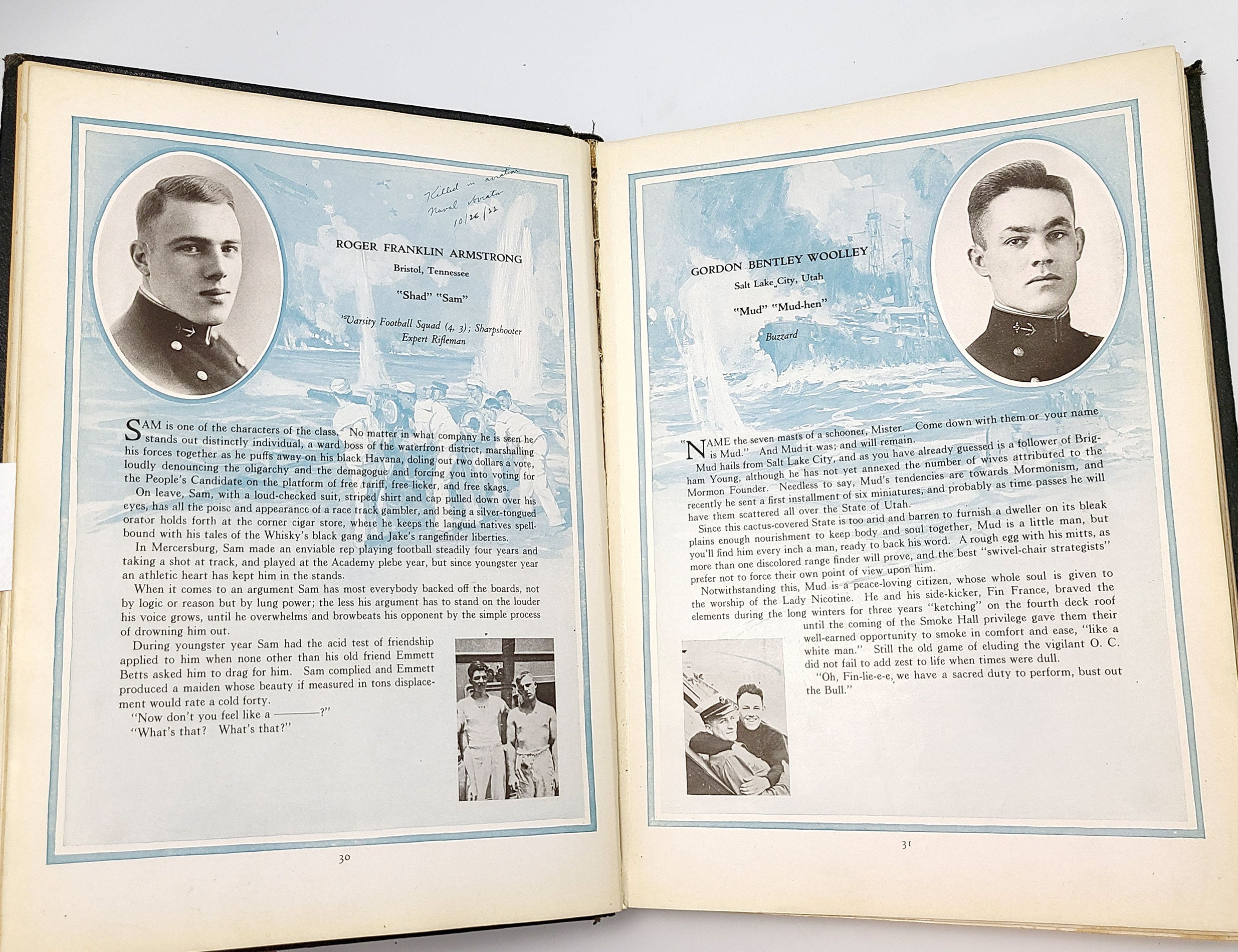 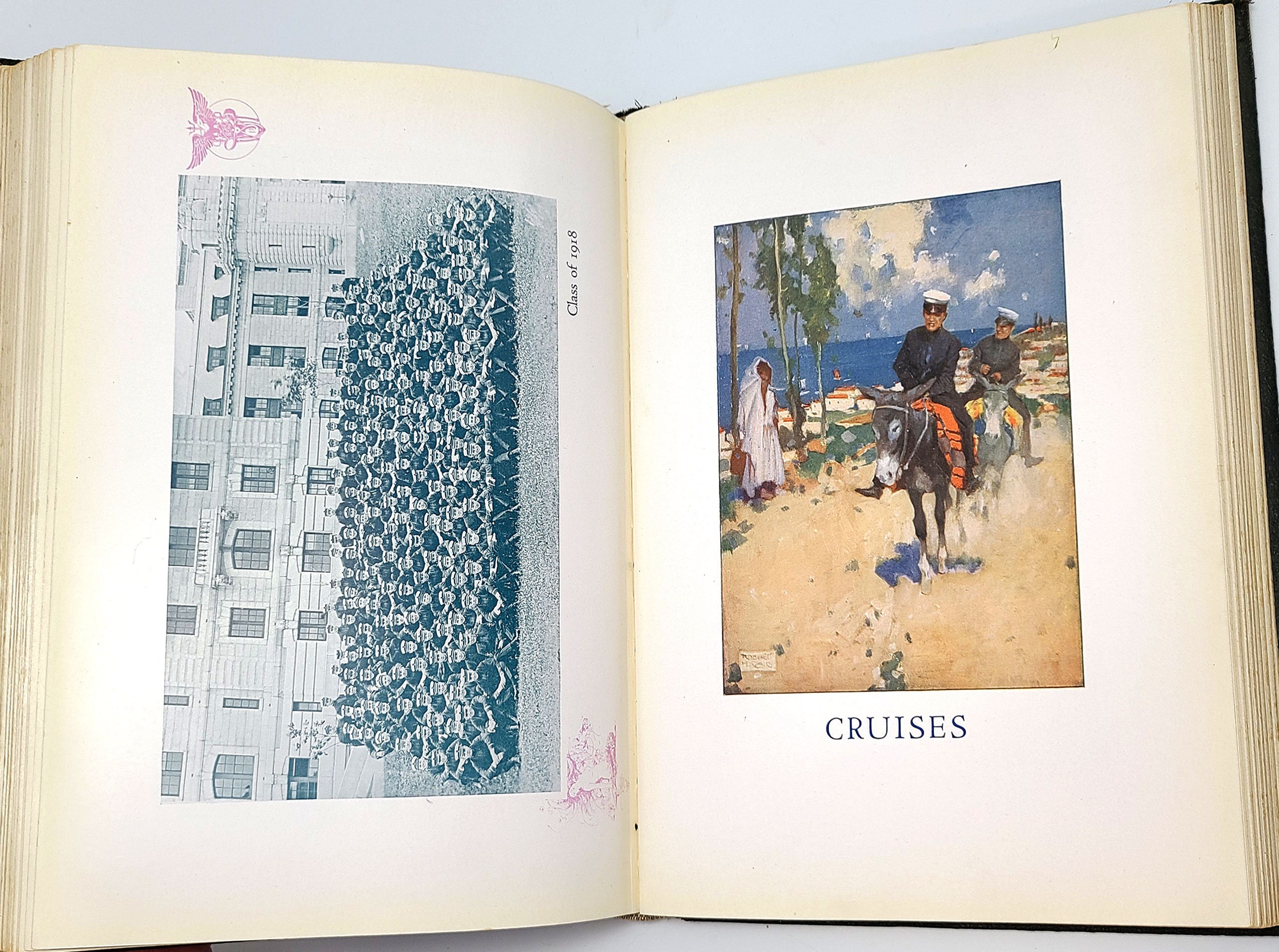 Approximately half of the graduates have a handwritten note next to them with some details of their service, including dates of retirement, resignation, or dismissal. Many are noted as having been in naval aviation (as was the original owner of this volume), and there are several who noted as "killed in aviation," usually with date of death.

This copy belonged to Class of 1918 graduate Henry Samuel Kendall (1896-1963) of Baltimore. At the time of his resignation in 1952, he held the rank of Vice Admiral. When the Japanese bombed Pearl Harbor, he was commander of the USS Curtiss in Hawaii. At the end of the war in the Pacific, he was commander of Carrier Division No. 24. Following the war, he organized and directed Operation Magic Carpet, by which military personnel were repatriated from the European, Pacific, and Asian theaters. He was awarded the Legion of Merit for his action during the war. In the early part of his career he had been a Naval aviator and also assigned to the Bureau of Aeronautics of the Navy Department in D.C.