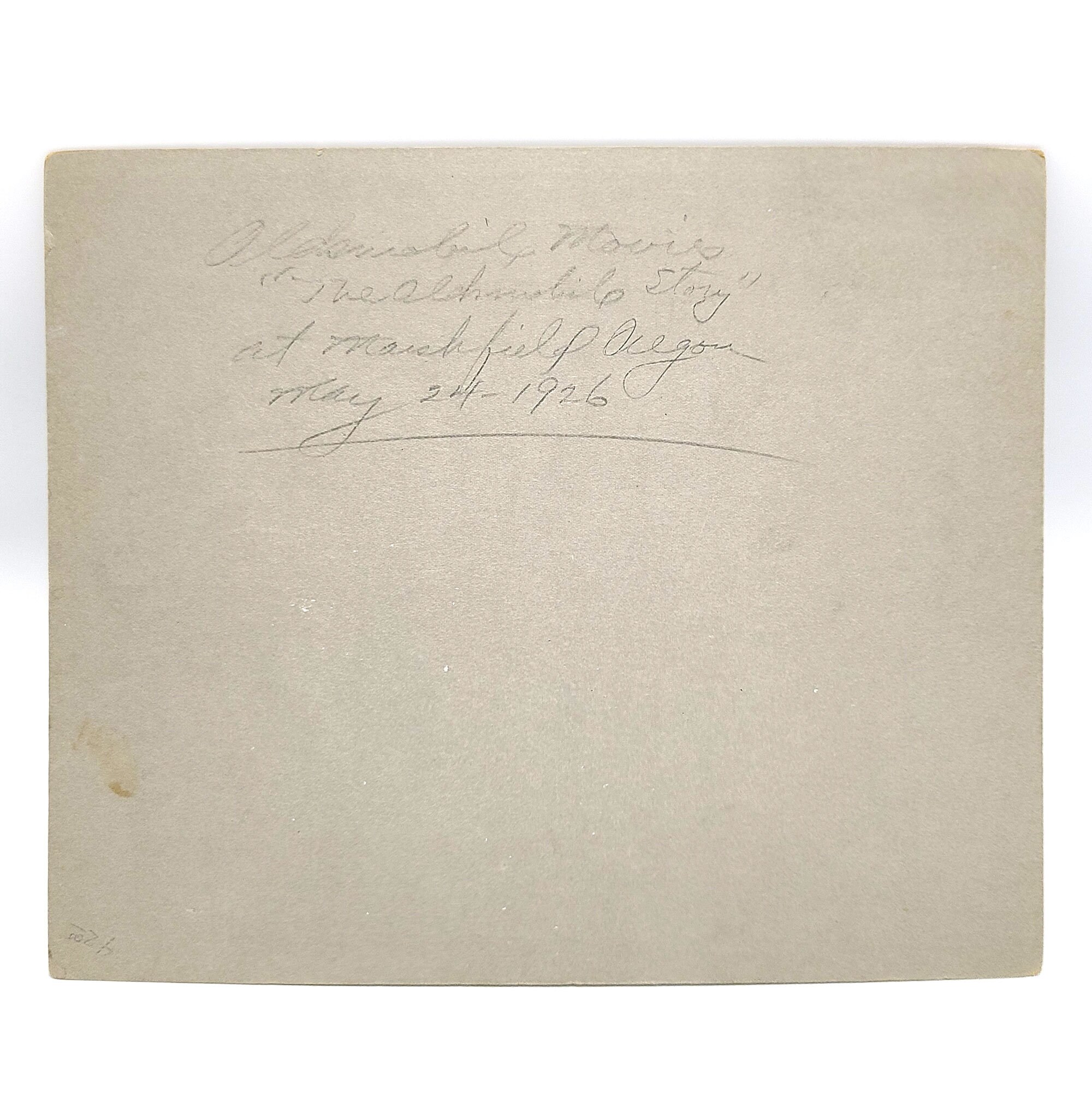 Description: Mounted photograph, dated May 24, 1926 from Marshfield, Oregon, showing a street-side display of four Oldsmobiles. These appear to be the Oldsmobile Six (Model 30) roadsters. Standing around (or seated in them) are twelve people.

The photograph is 6 x 8.25 inches (mounting board is 8 x 10). The photo has a small (5 mm) closed tear to its bottom edge. There is pencil notation on the back identifying the image.

This scene was captured at an Oldsmobile promotion in Marshfield (Coos Bay), Oregon. This national promotion ran during the spring and summer of 1926 when the 5-reel motion picture called "The Oldsmobile Story" was shown for free in automobile showrooms across the country. The film, depicting 29 years of progress, showed how they were built, took the viewer through the modern automobile factory at Lansing, and showed experts testing the cars on the General Motors testing ground.

This particular event was hosted by the Johnson Motor Company of Marshfield. (Johnson Motor Co. appears to have had branches in Eugene and Corvallis, as well).