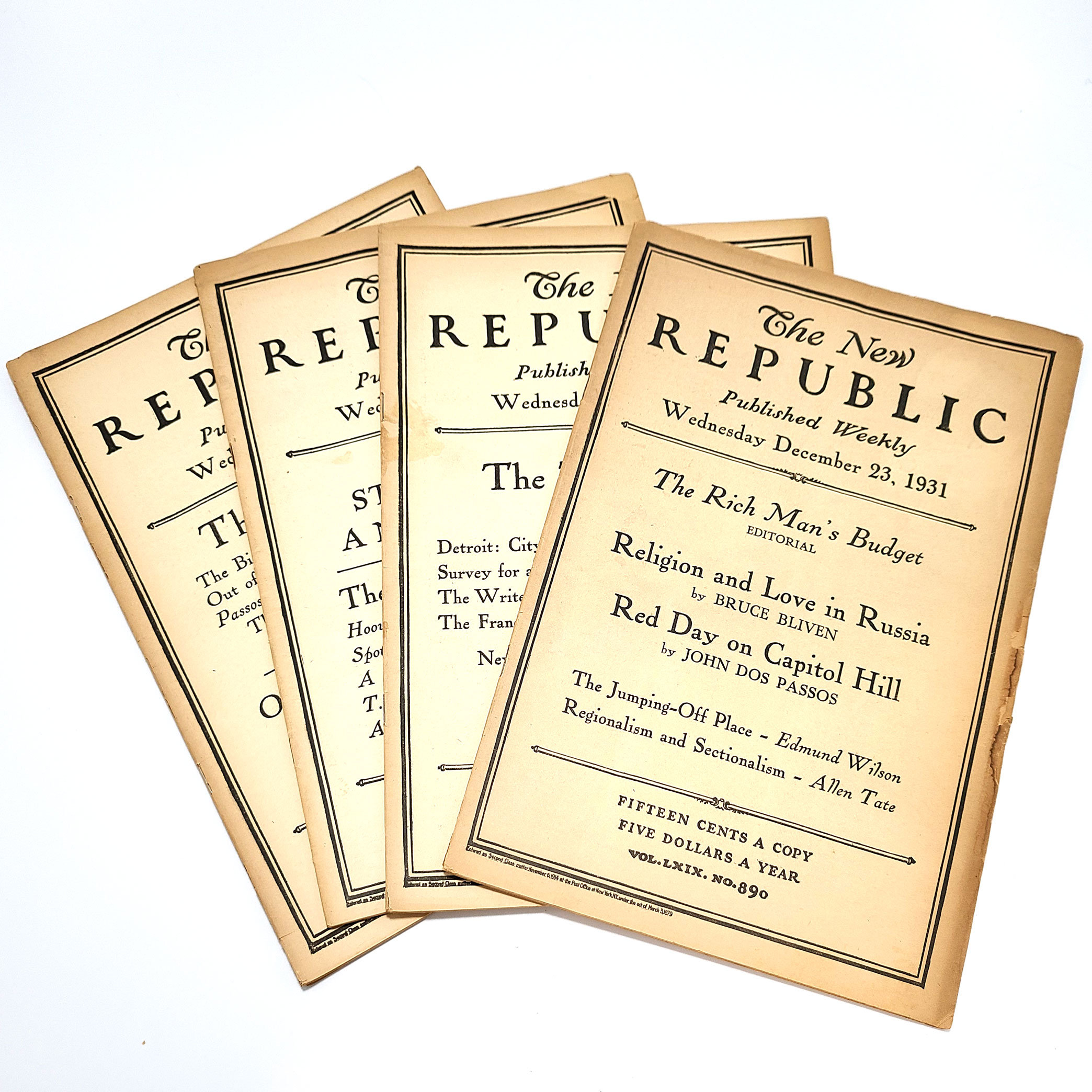 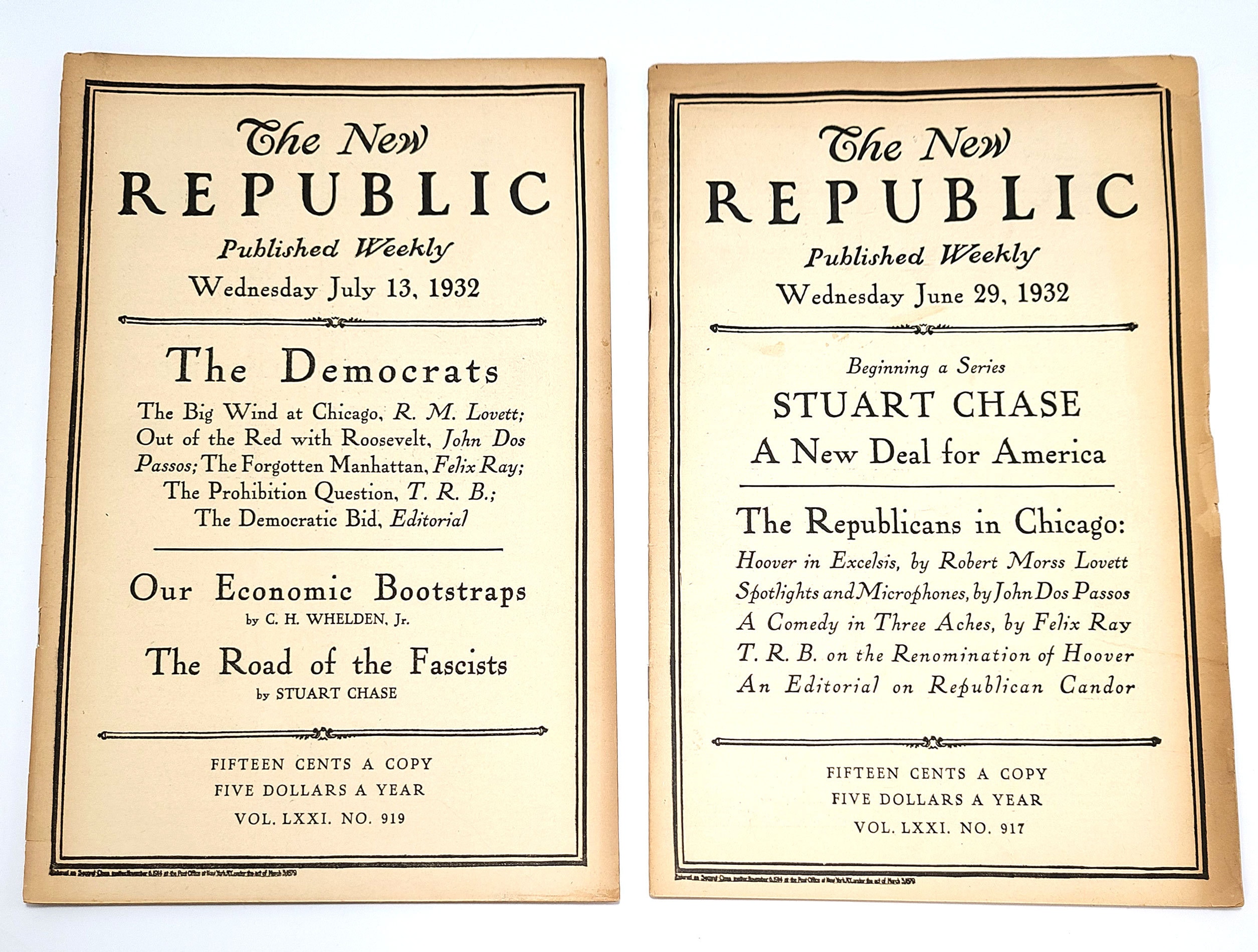 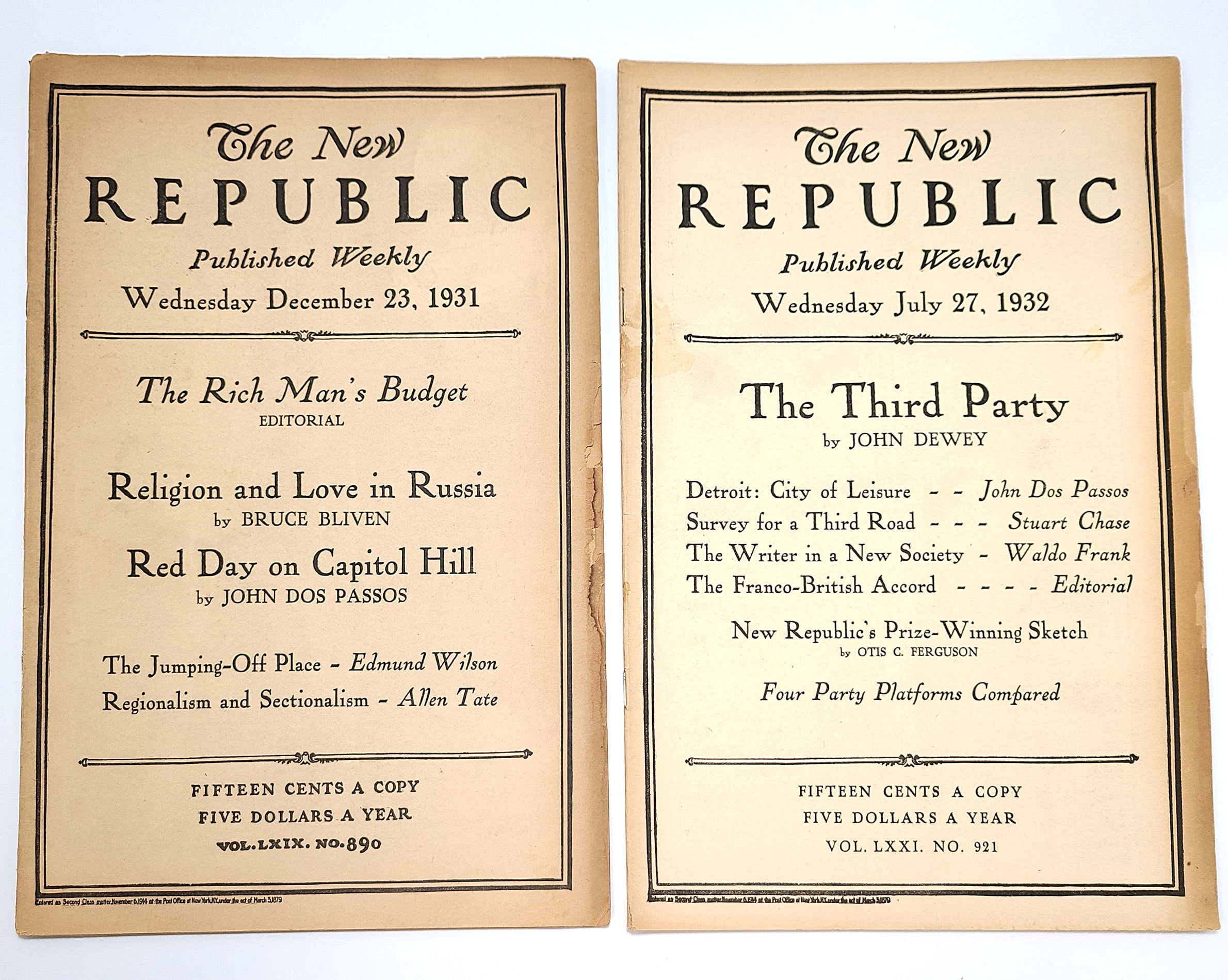 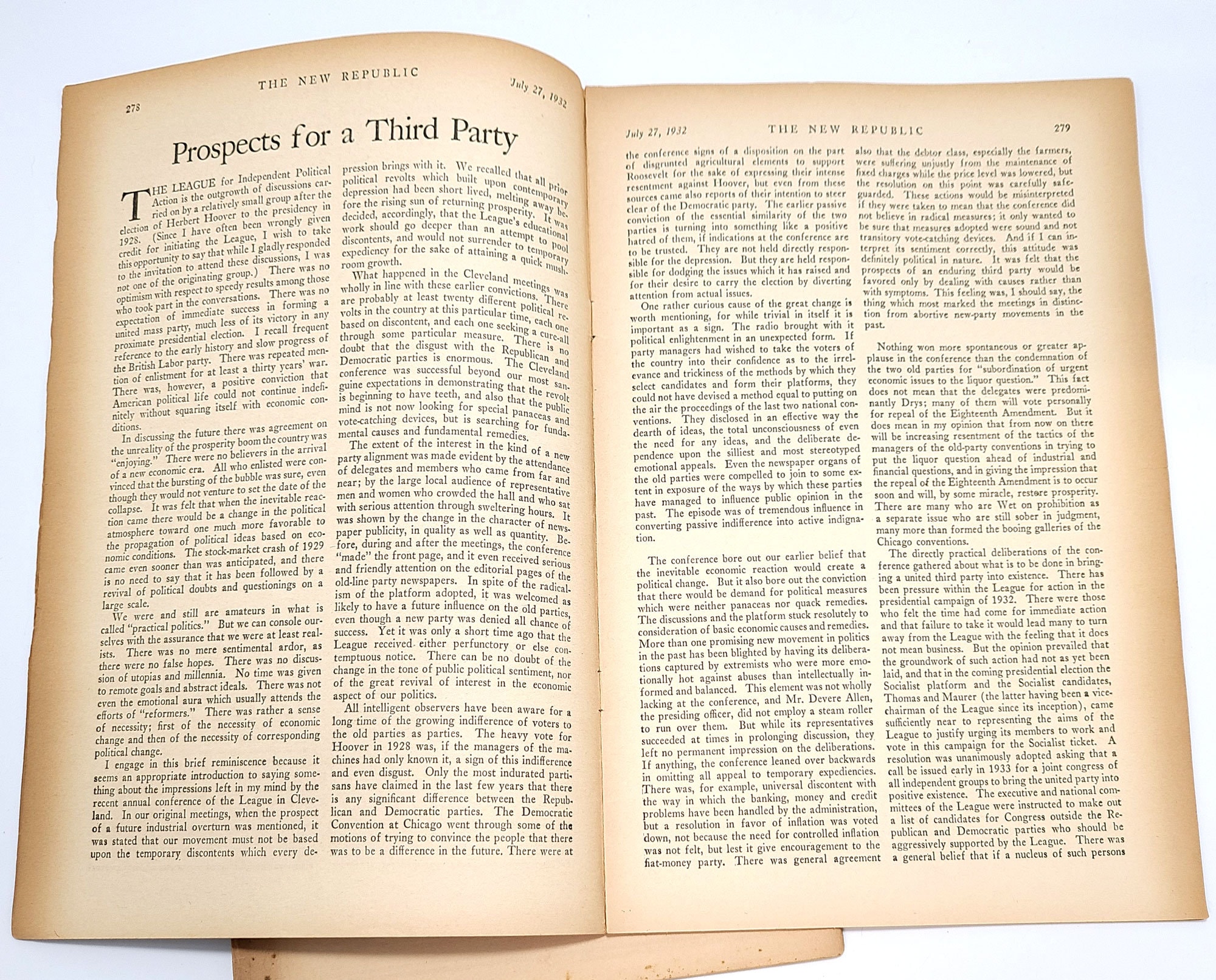 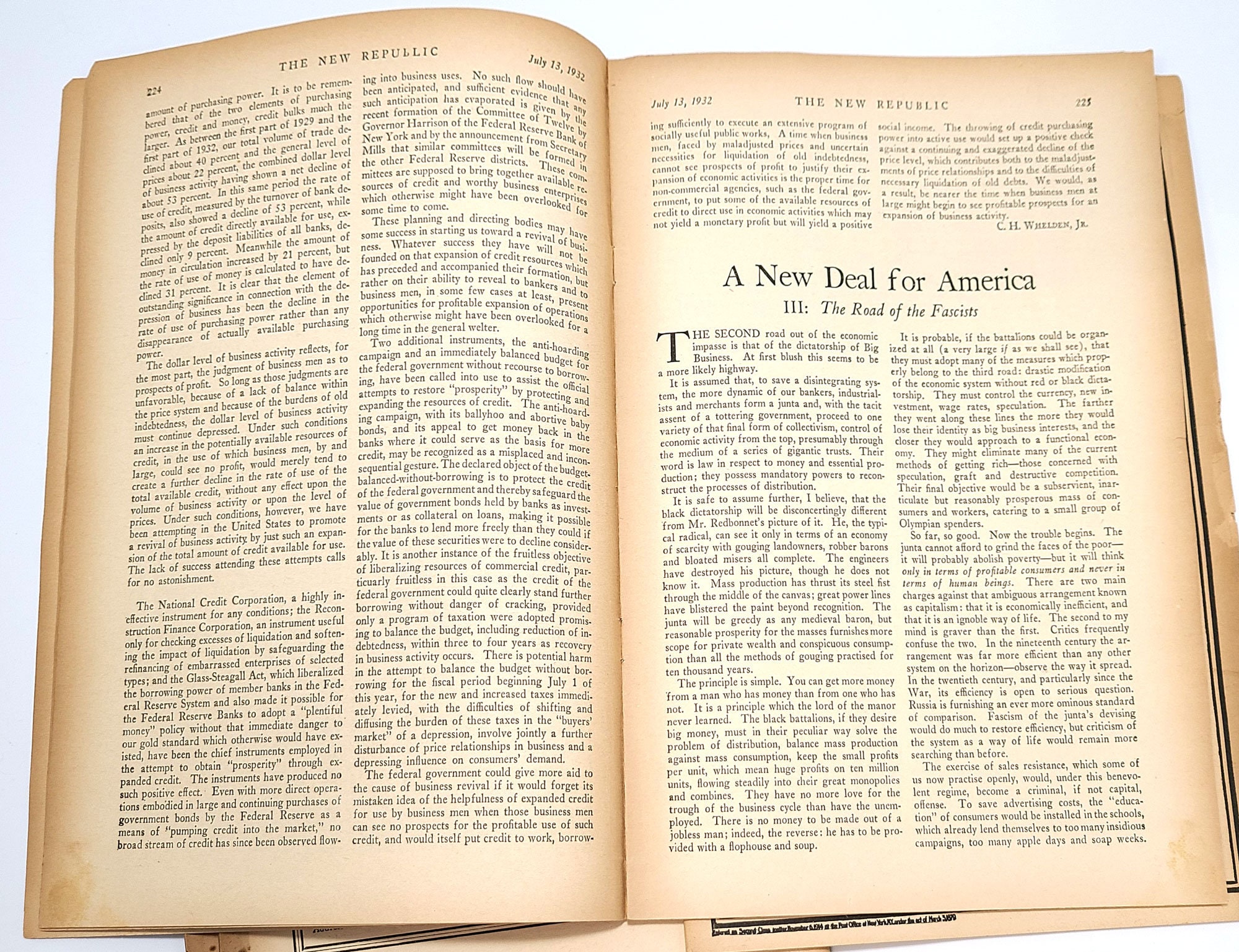 Description: Paper a toned. Three issues have some chipping to fore-edge. One has some splitting to spine. Unmarked. Each issue is about 28 pp. 12 x 8.5 inches.

Each of the four issues features an article by John Dos Passos, with two about the 1932 Democratic National Convention, one on the Bonus Army/Bonus Expeditionary Force of impoverished WWI veterans encamped at Washington (published just weeks before they were forcibly removed by Hoover), and one with his particular observations of Detroit.