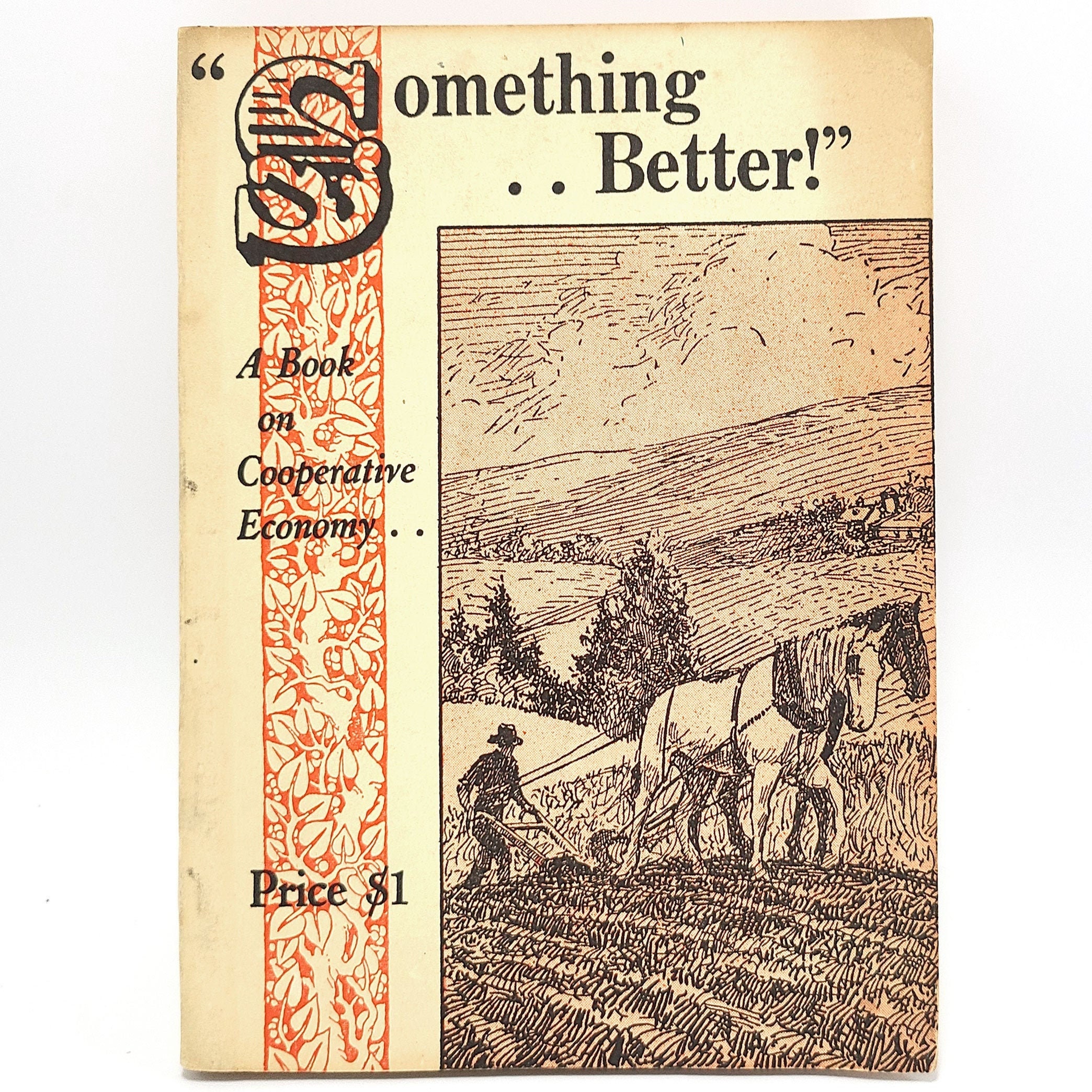 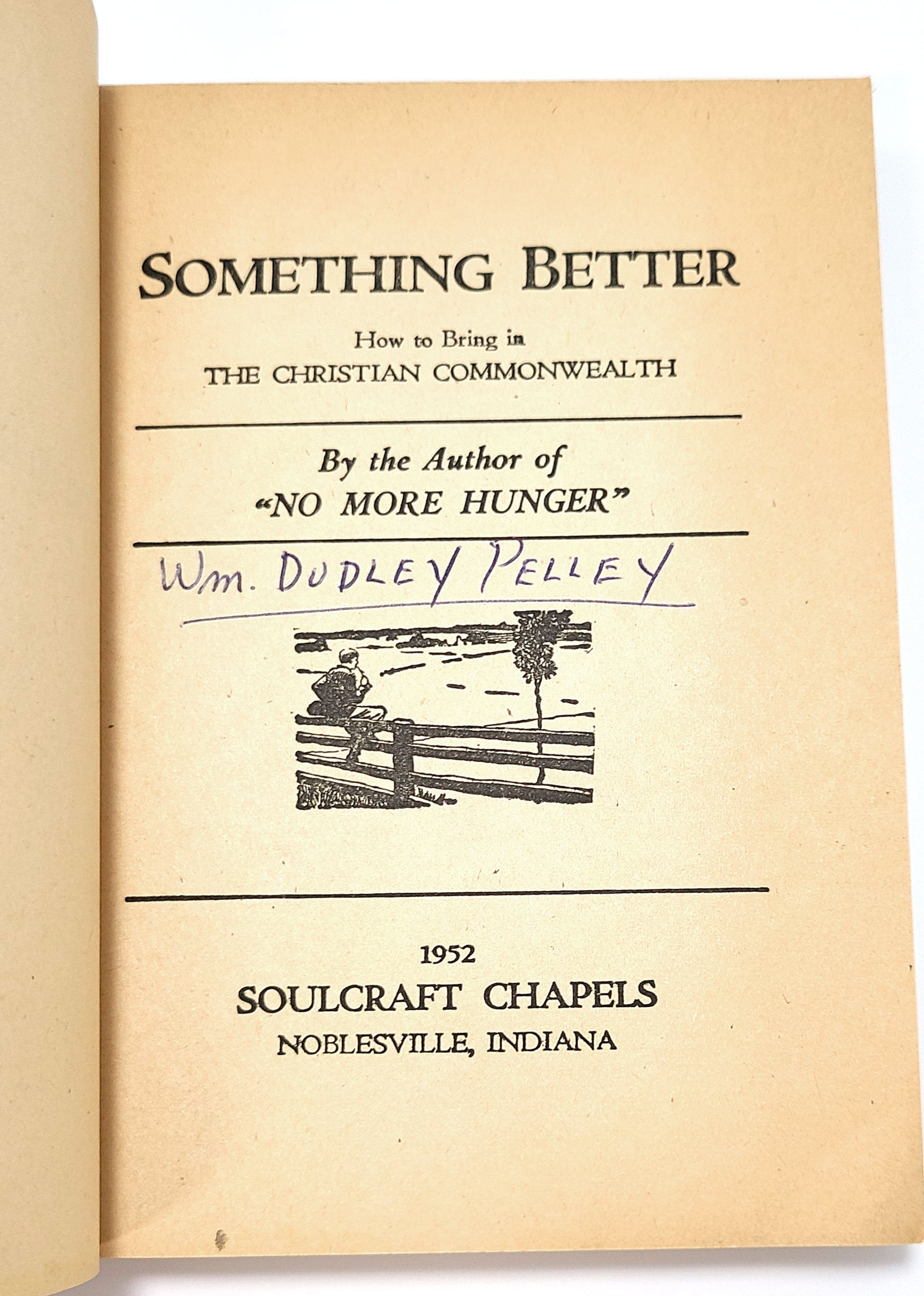 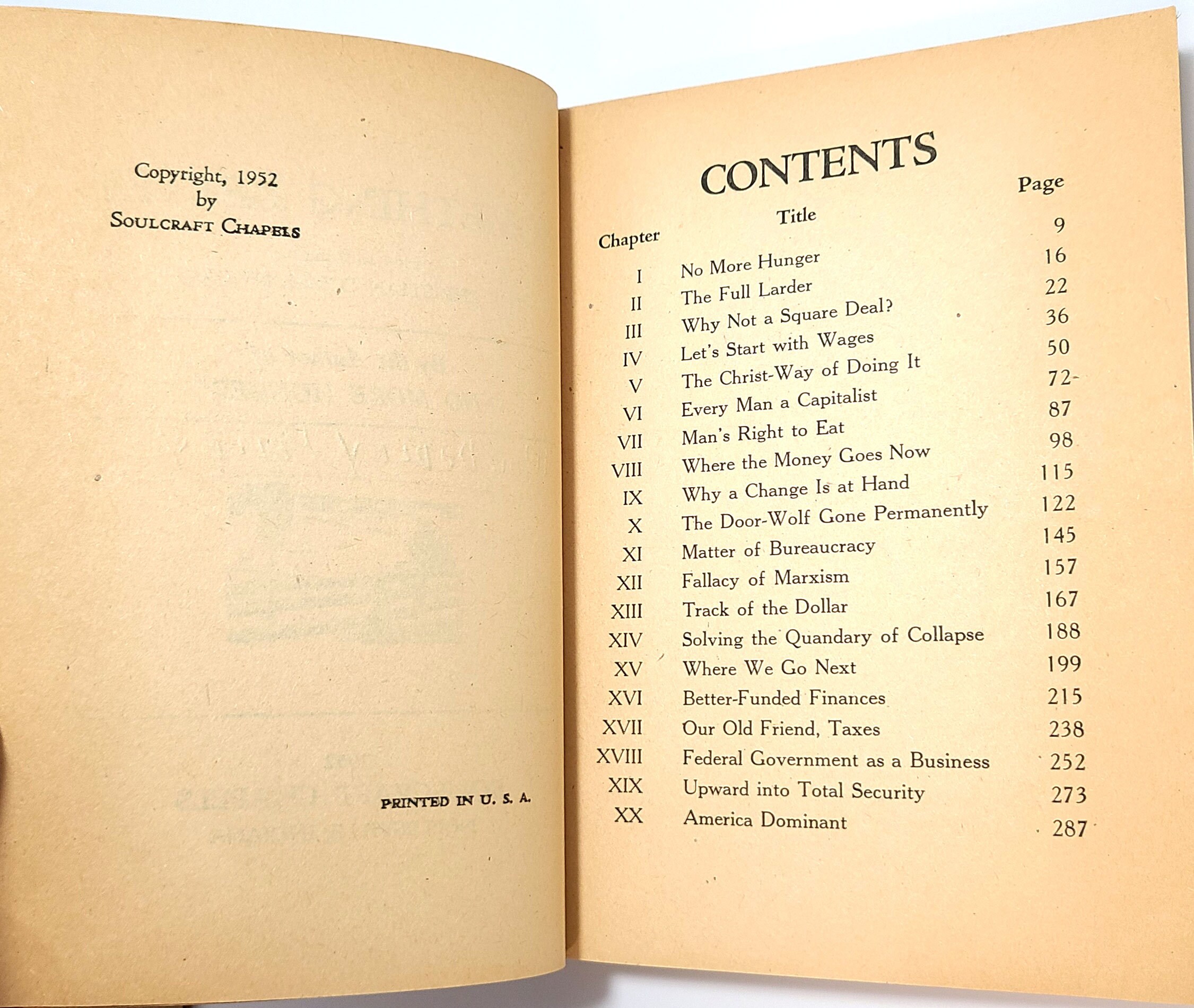 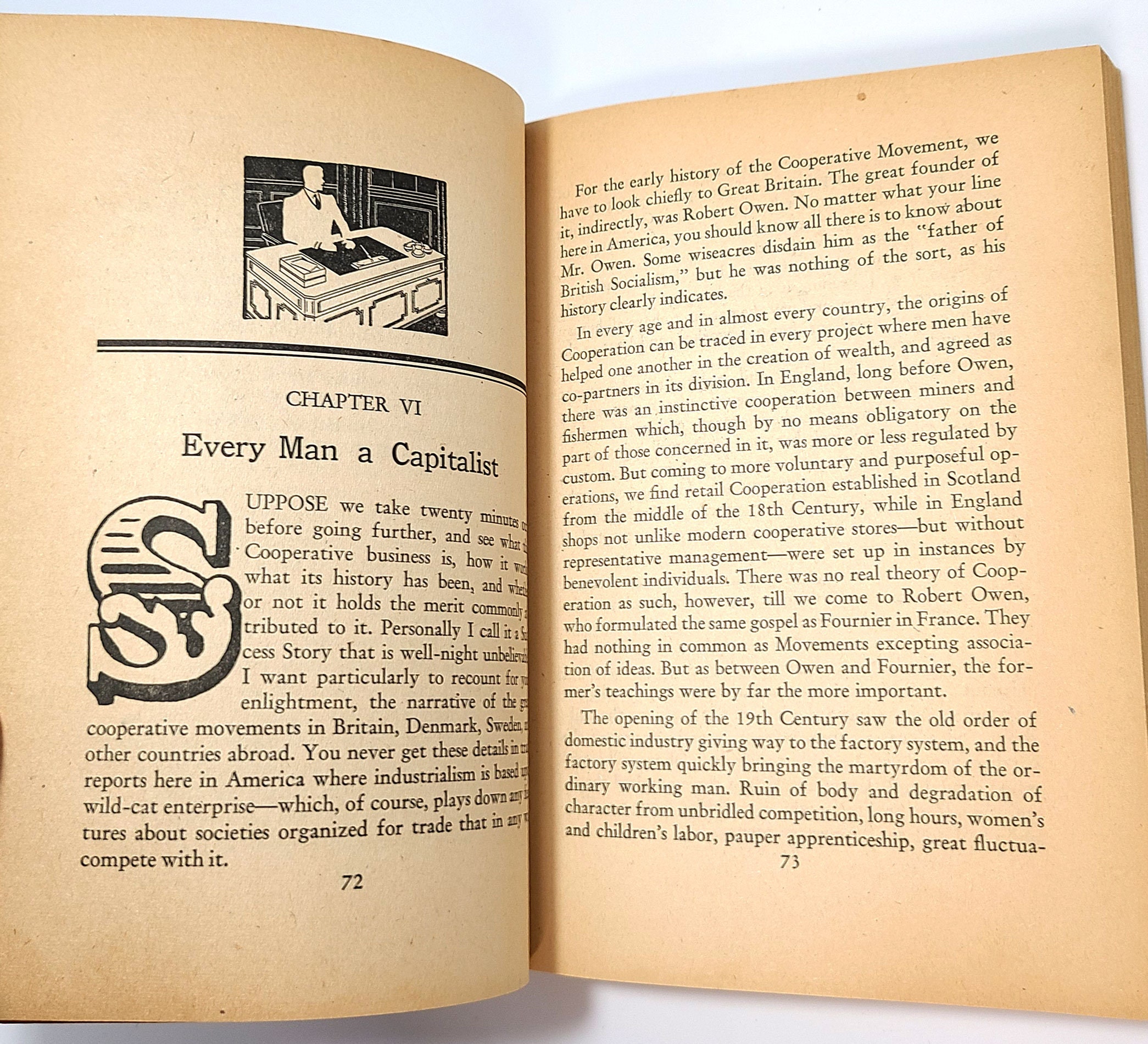 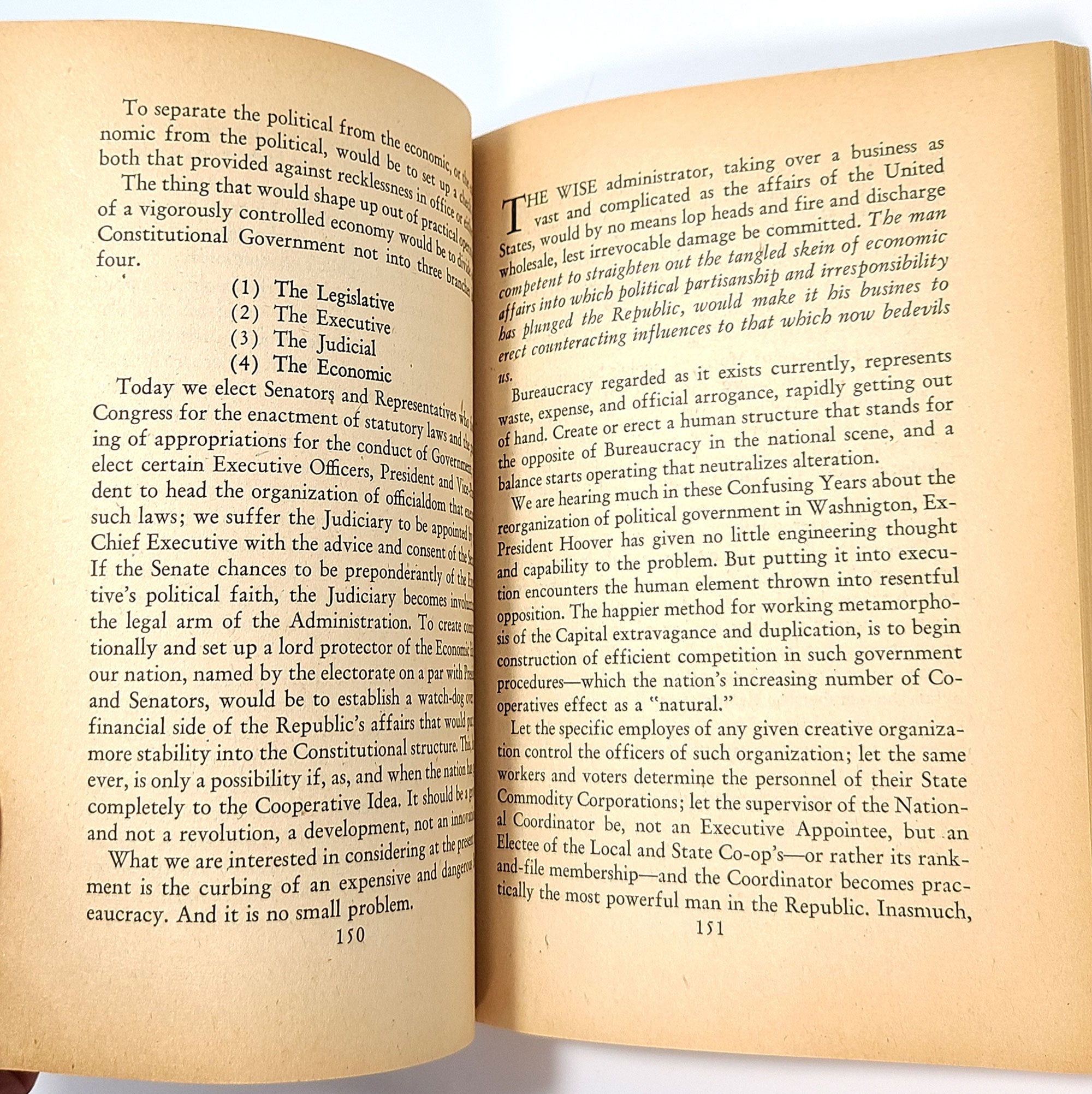 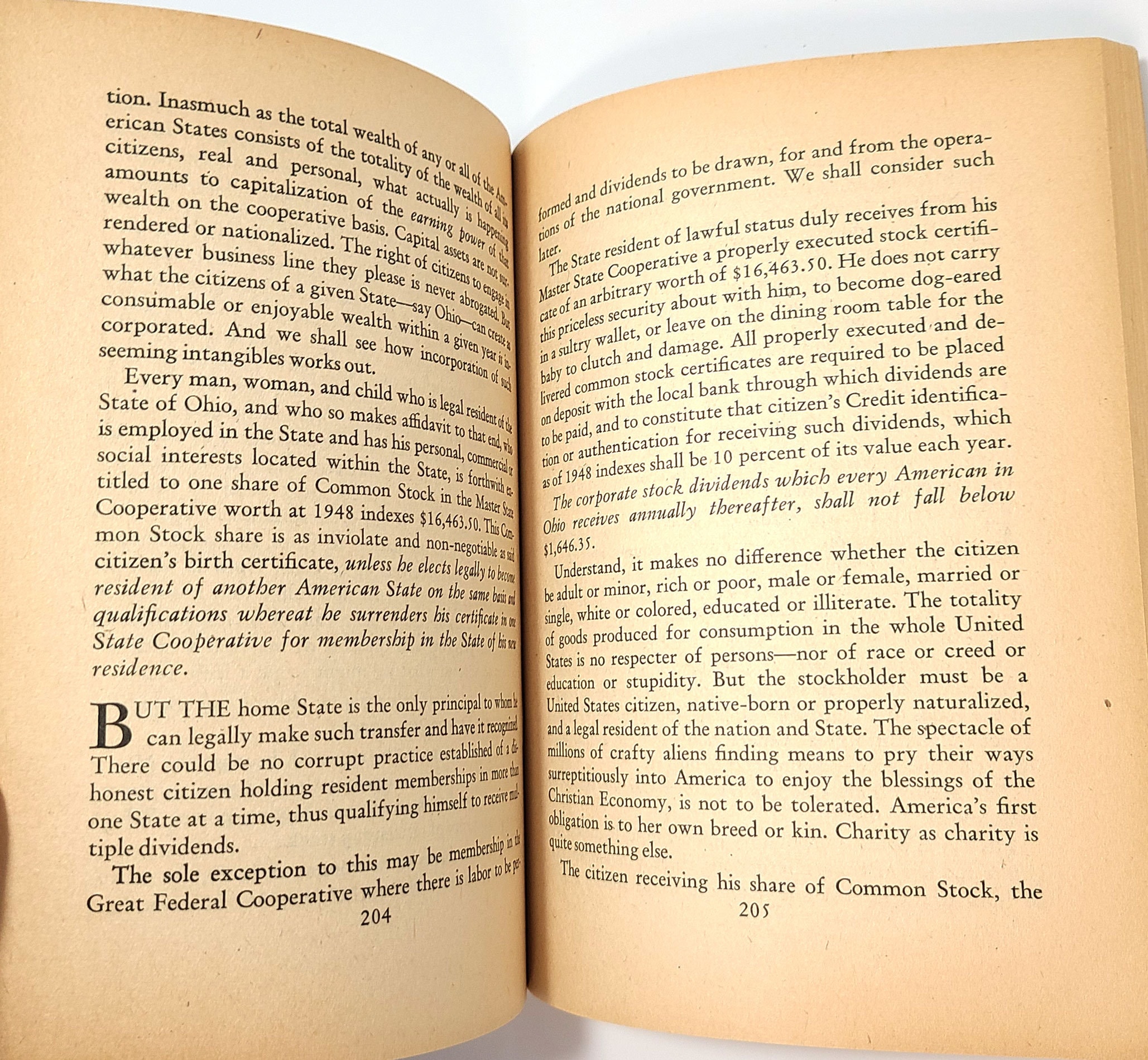 Title: Something Better: How to Bring in the Christian Commonwealth [A Book on Cooperative Economy]

Pelley's explanation, description, and advocacy for a Christian Cooperative Commonwealth in the United States, a system that is not Communist, not Socialist, and not Collectivist, but that is rather based on the principle of Cooperativism. It is in opposition to corrupt Big Business, New Dealers, banking and monetary manipulation, the Welfare State, and economic redistribution. The principle of this Commonwealth supports the rugged individualist, the entrepreneurs and laborers, and would make of citizens the governing stockholders in a national enterprise, the Commonwealth Corporation. This Federal Cooperative would oversee 48 State Cooperatives and these, in turn, would oversee the many individual cooperatives.

William Dudley Pelley (1890-1965) was an American writer, esoteric spiritualist, and fascist political activist. Pelley was the winner of two O. Henry Awards and wrote the scripts for two of Lon Chaney's films. Around the time of the end of the First World War, he joined the Red Cross in Siberia and assisted the White Russians against the Bolsheviks and covered the Russian Civil War for the Saturday Evening Post. From that point, his anti-communist and anti-Jewish sentiments continued to develop. In 1928, he underwent a spiritual transformation, the result of an out-of-body experience. He soon began developing his concept of "Christian Commonwealth," which blended fascism, socialism, and theocracy. In 1933, he founded the Silver Legion of America, an underground fascist organization modeled after Mussolini's blackshirts. He was arrested in 1942 and after being released in 1952 continued to develop his Soulcraft philosophy.