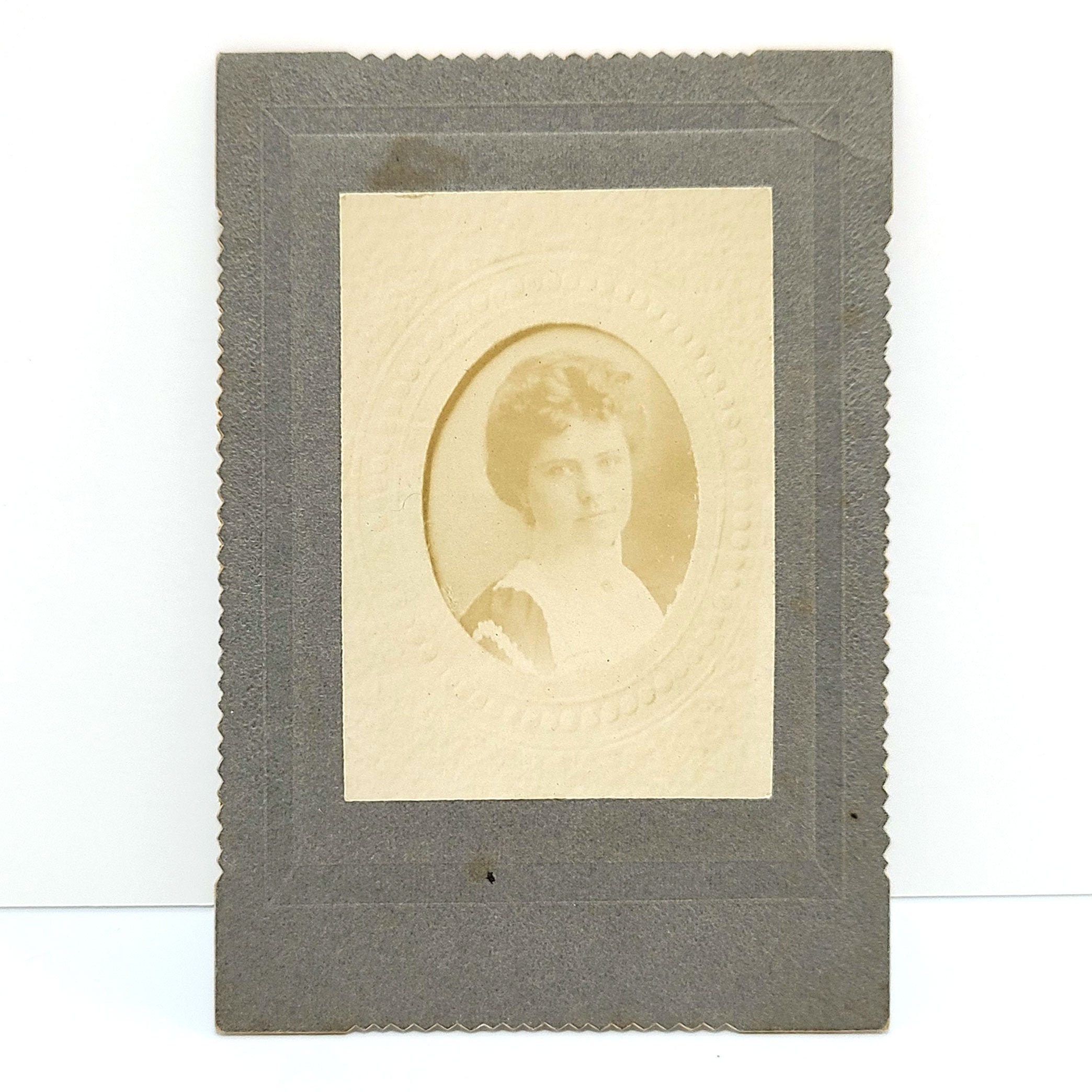 Description: Portrait of Minnie Berntzen (1881-1904) of Eugene, Oregon. The actual image of the young woman is 1.5 inches tall. The full mounted piece is 4 x 2.75 inches. It is in very good condition, though the photograph is faded. On the reverse is written: "In remembrance of Minnie Brentzen / Died June 5, 1904".

Minnie was born in Racine, Wisconsin, and was the daughter of Louis and Julia Berntzen. Around 1901 they moved to Oregon and settled in a Danish community in West Eugene, Oregon, now known as the Bethel-Danebo. There is a street in this area named "Berntzen Road." Louis Berntzen had many acres here and was known for his walnut and fruit orchards. The family moved to Oregon from Tyler (Lincoln County), Minnesota.

Minnie, as far as I can tell, was their eldest daughter. She died of cerebral spinal meningitis in Chicago at the age of 23. The photograph look like it might have been taken around 1900-1902.