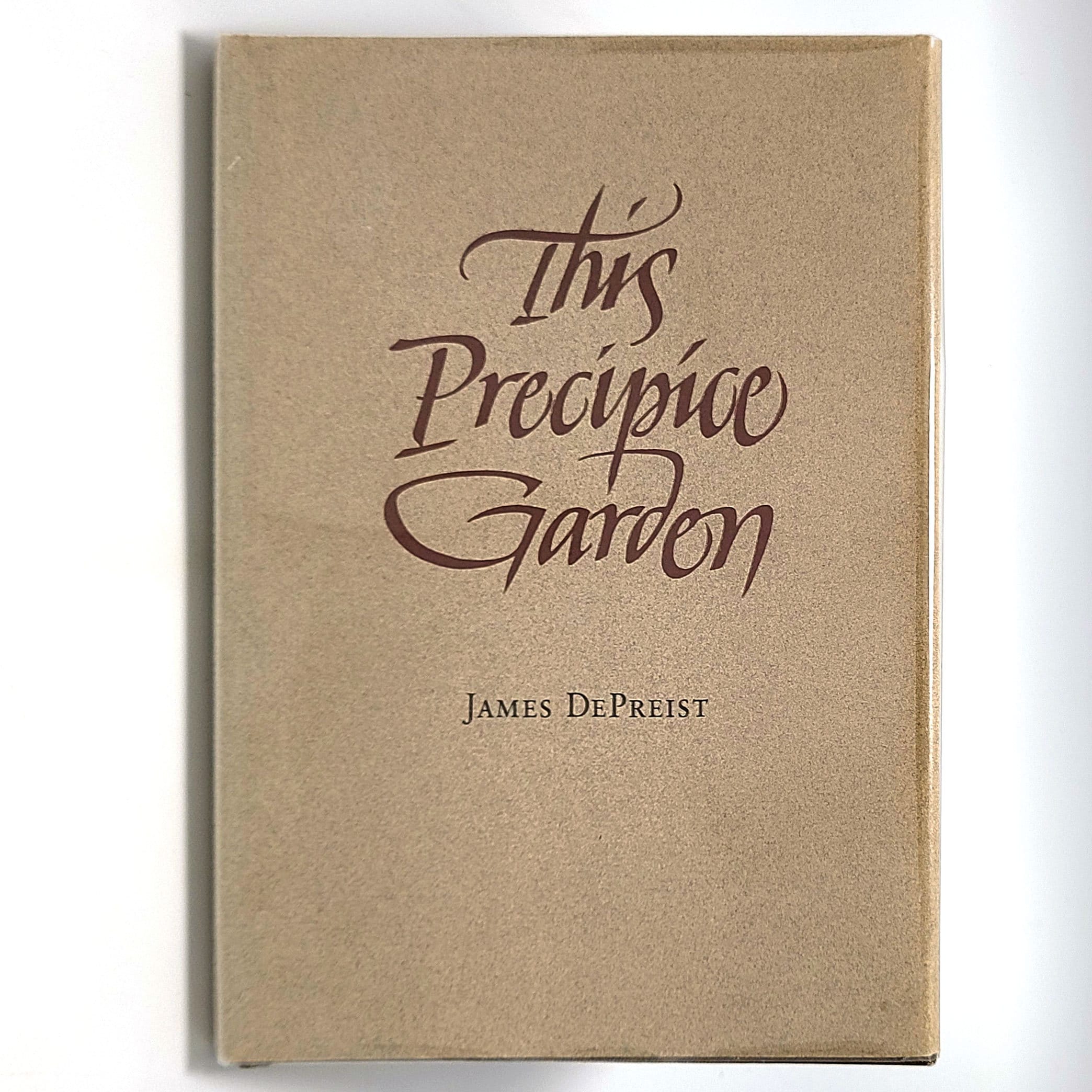 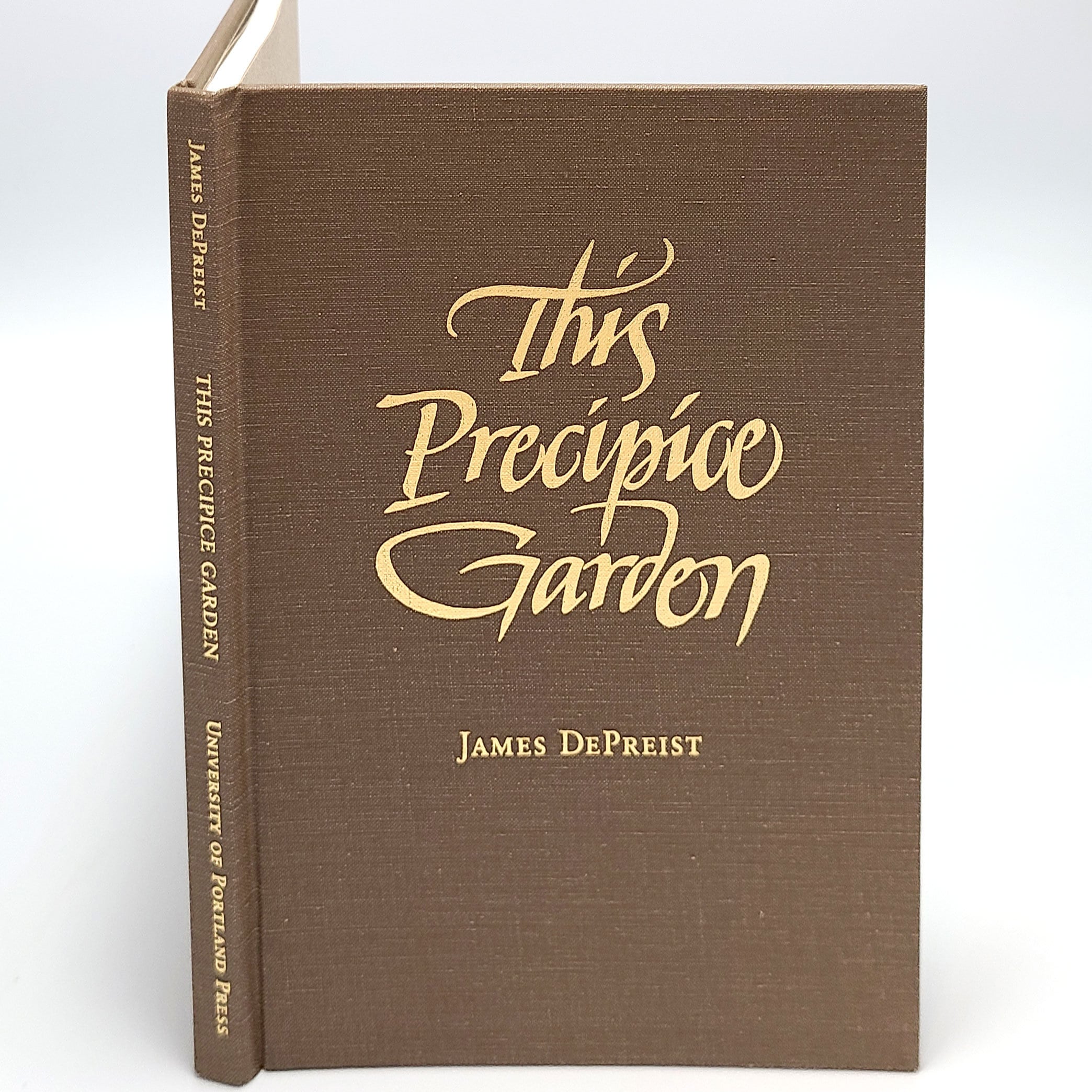 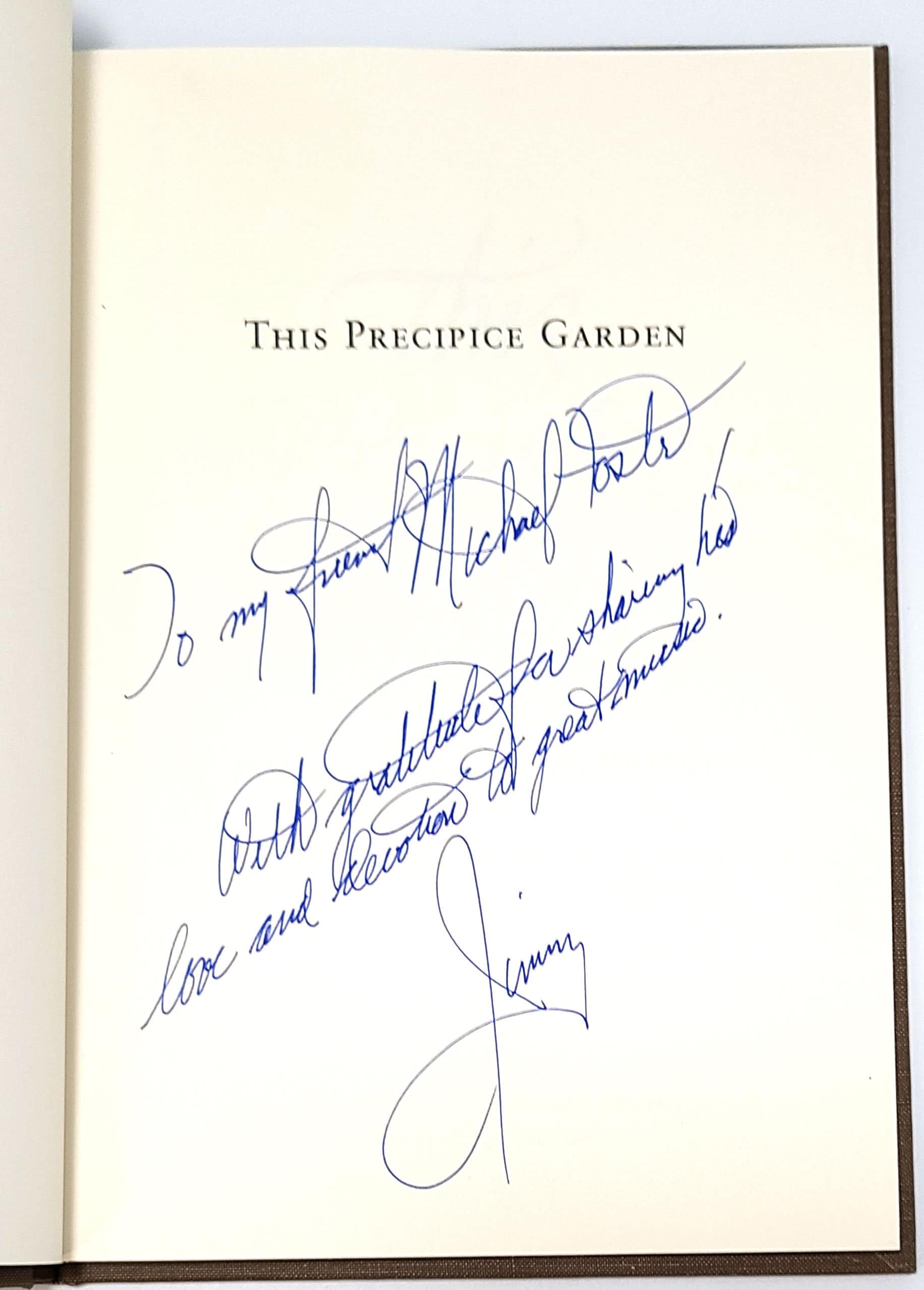 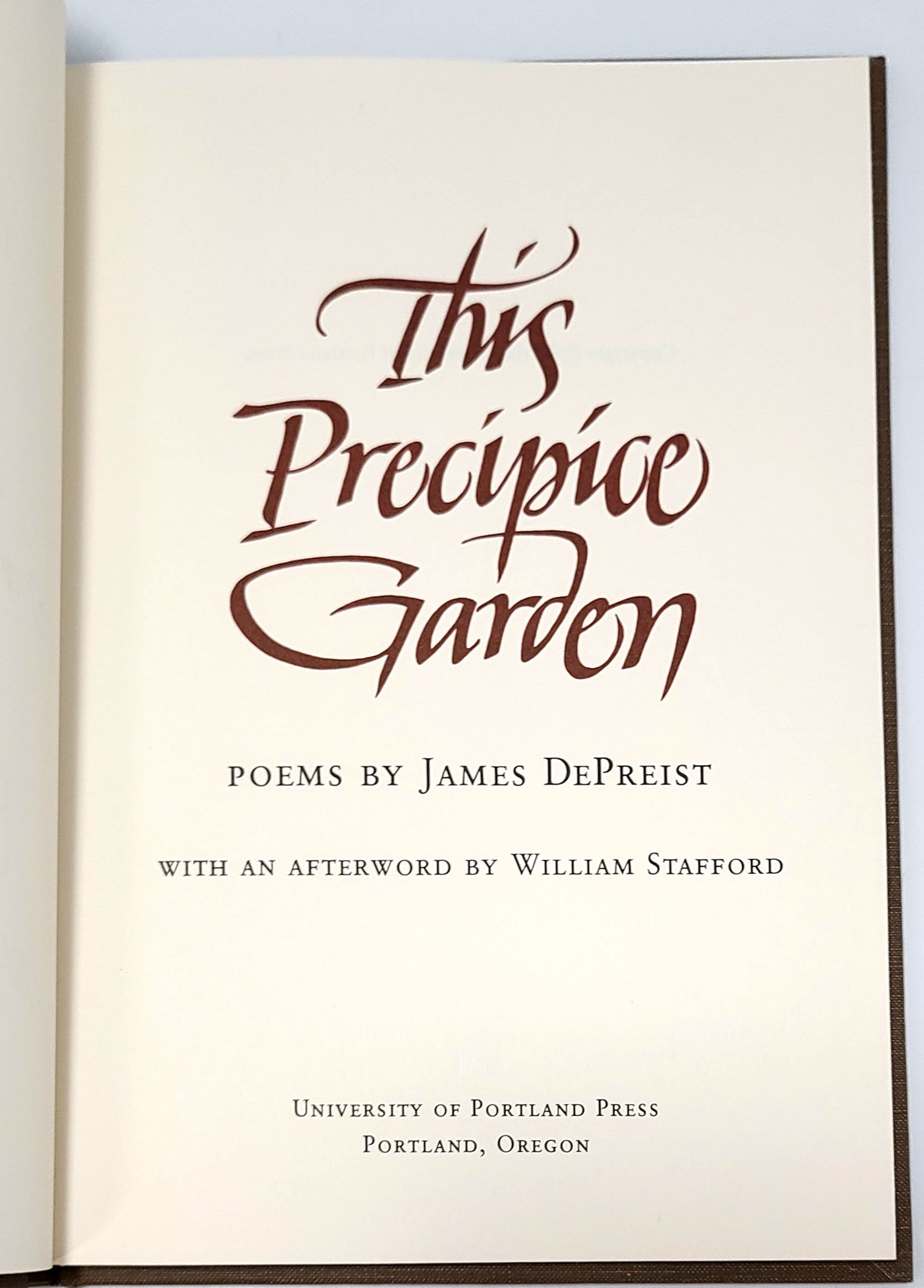 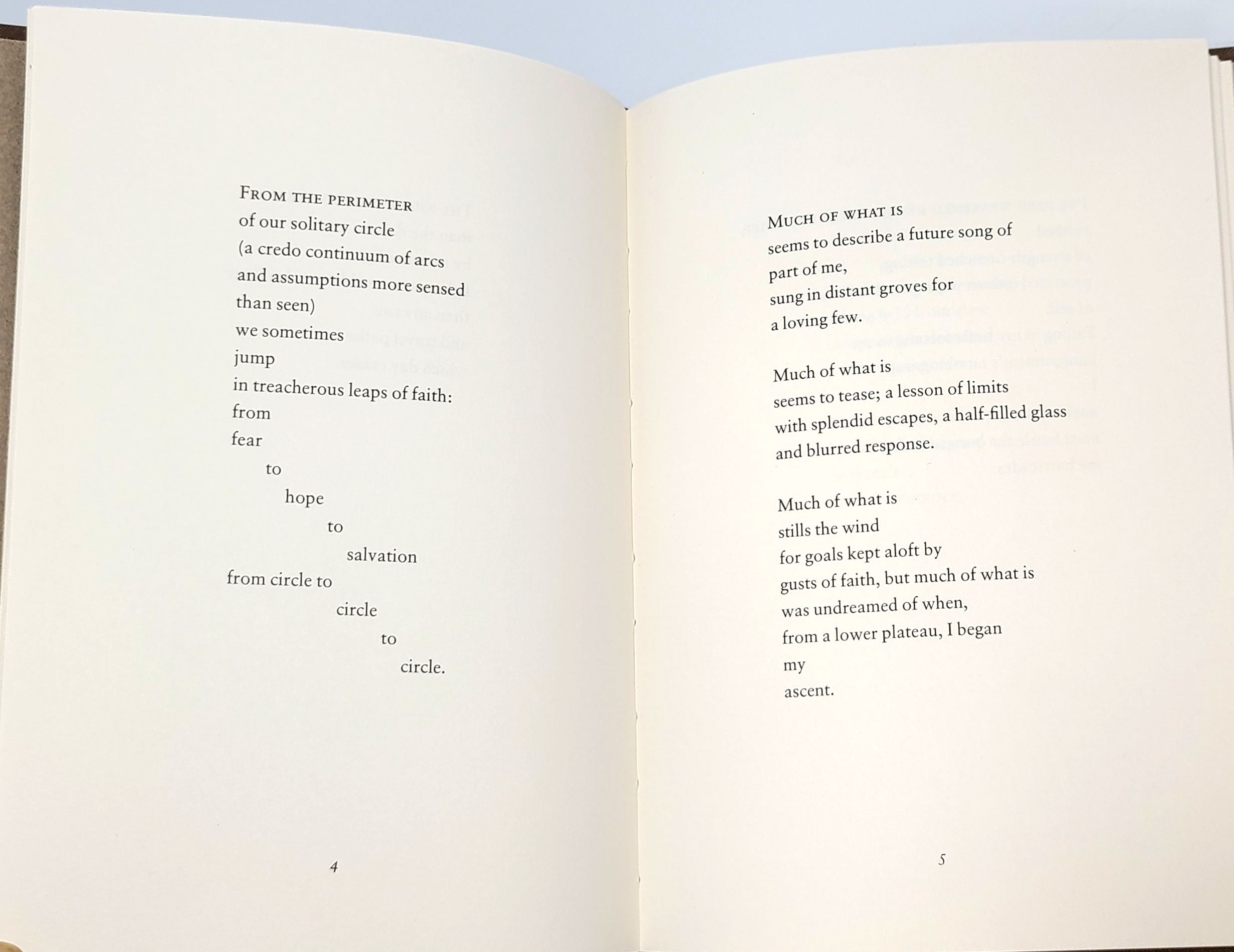 This Precipice Garden was the first of DePriest's two books of poetry. Includes an afterword by the Oregon poet laureate, William Stafford.

James "Jimmy" DePreist (1936-2013) was one of the first African-American conductors to appear on the world stage, and was the nephew of the famed contralto Marian Anderson. Early in his career, Leonard Bernstein chose him to serve as assistant conductor of the New York Philharmonic for the 1965-1966 season. He also served as associate conductor for the National Symphony under Antal Dorati. He appeared with every major North American orchestra, and internationally, he has conducted in Amsterdam, Berlin, Budapest, Copenhagen, Helsinki, Manchester, Melbourne, Montreal, Munich, Prague, Rome, Rotterdam, Seoul, Stockholm, Stuttgart, Sydney, Tel Aviv, Tokyo, Toronto and Vienna. He served as the music director of the Oregon Symphony between 1980 and 2003. At the time of his death, he was Director Emeritus of Conducting and Orchestral Studies at The Juilliard School and Laureate Music Director of the Oregon Symphony. He made more than 50 orchestral recordings.

Inscribed by DePriest for the well-respected Astoria philanthropist, educator, art collector, and music enthusiast, Michael Foster. Foster had been a longtime Astoria Music Festival board member.

The festival opened its 2017 season with a "Michael Foster Memorial Concert," performing his favorite piece of music, Beethoven's Symphony No. 9.