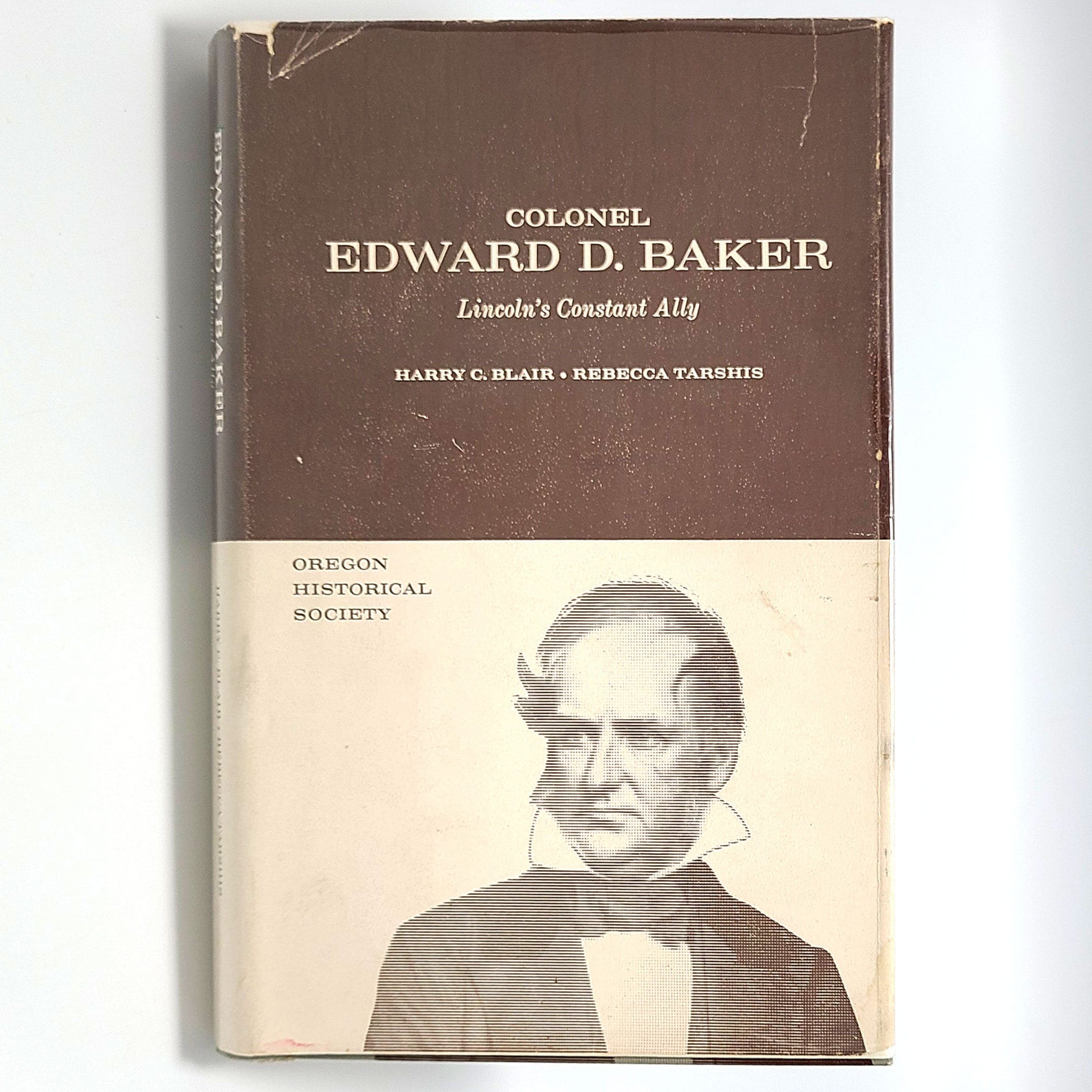 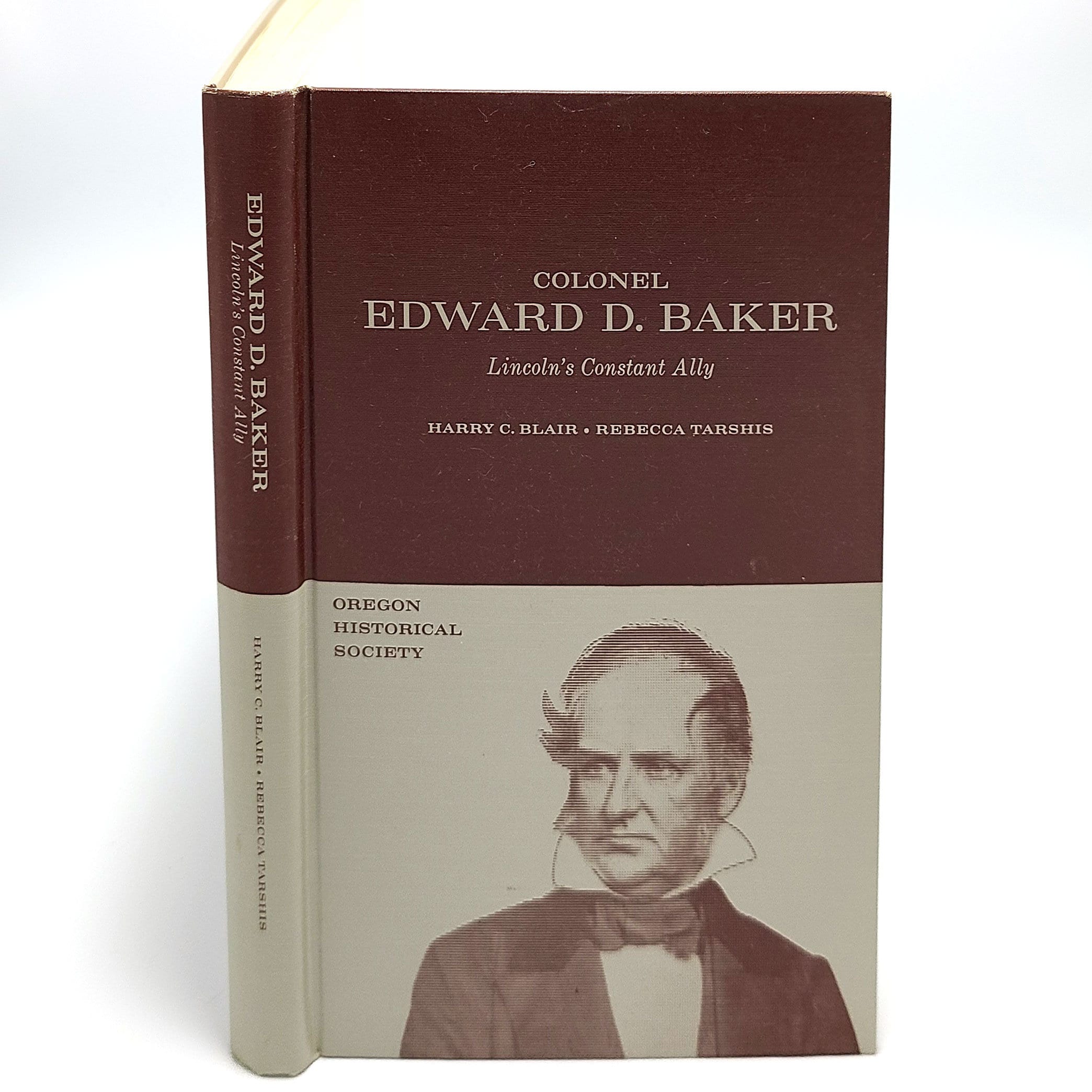 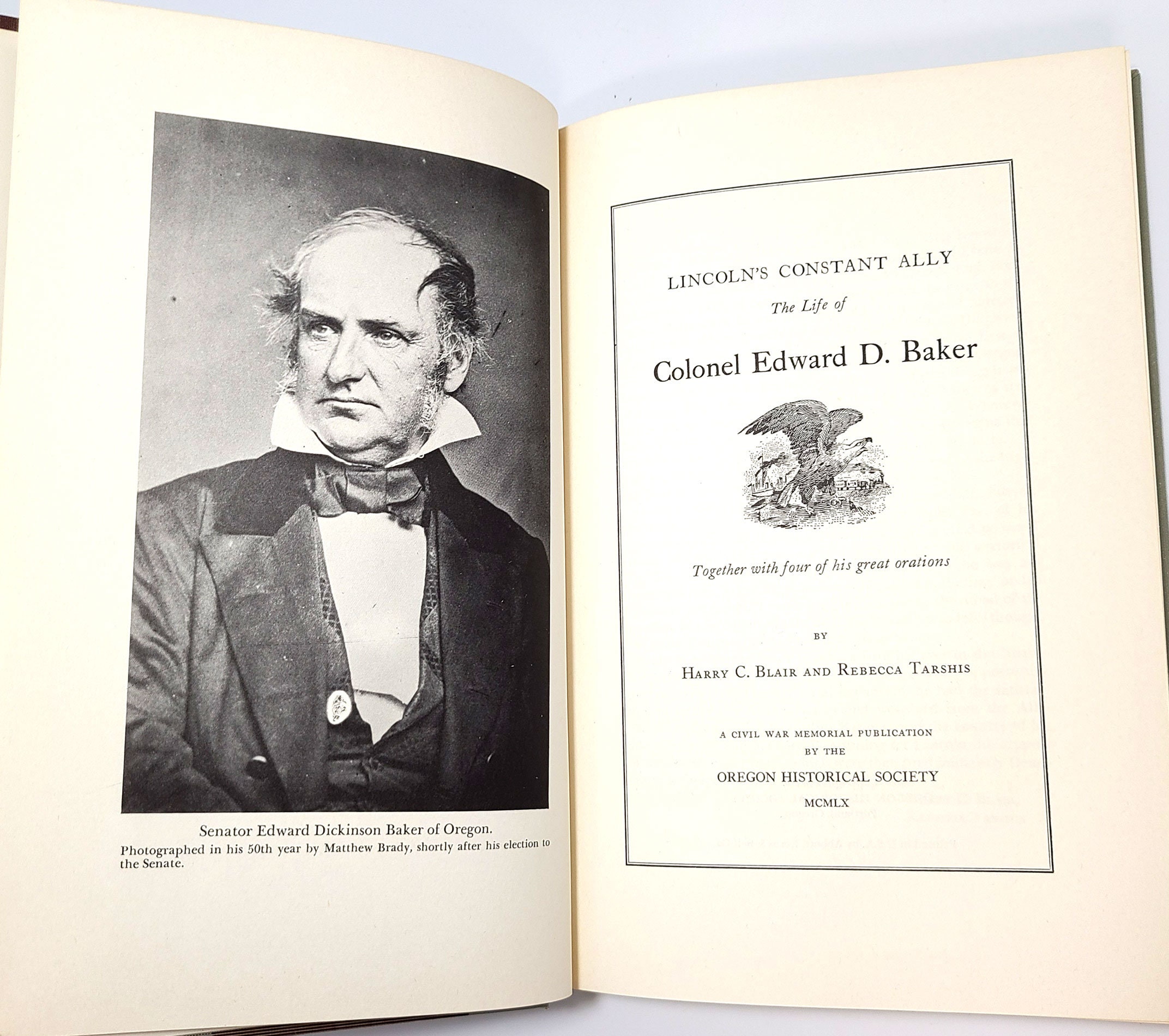 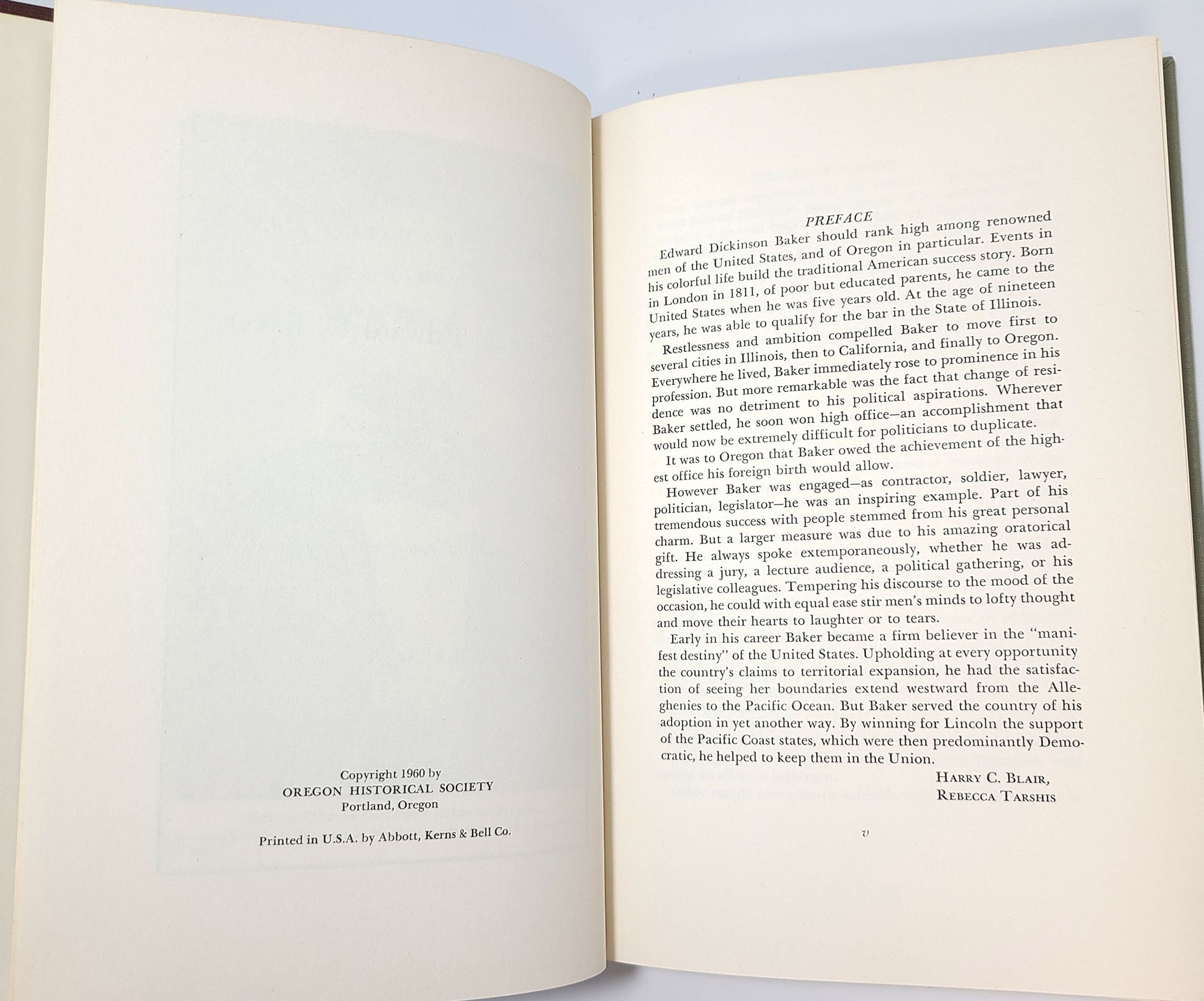 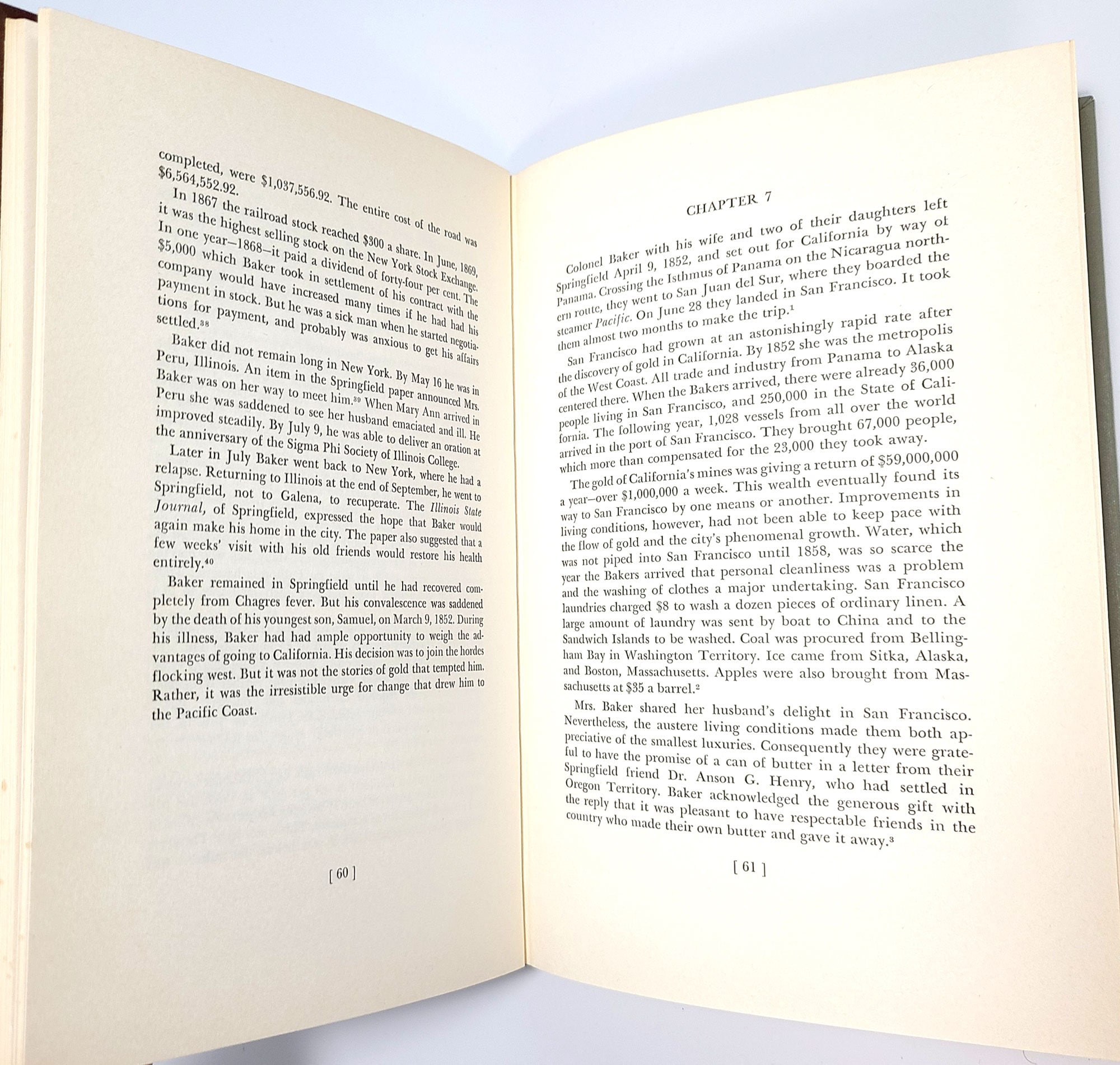 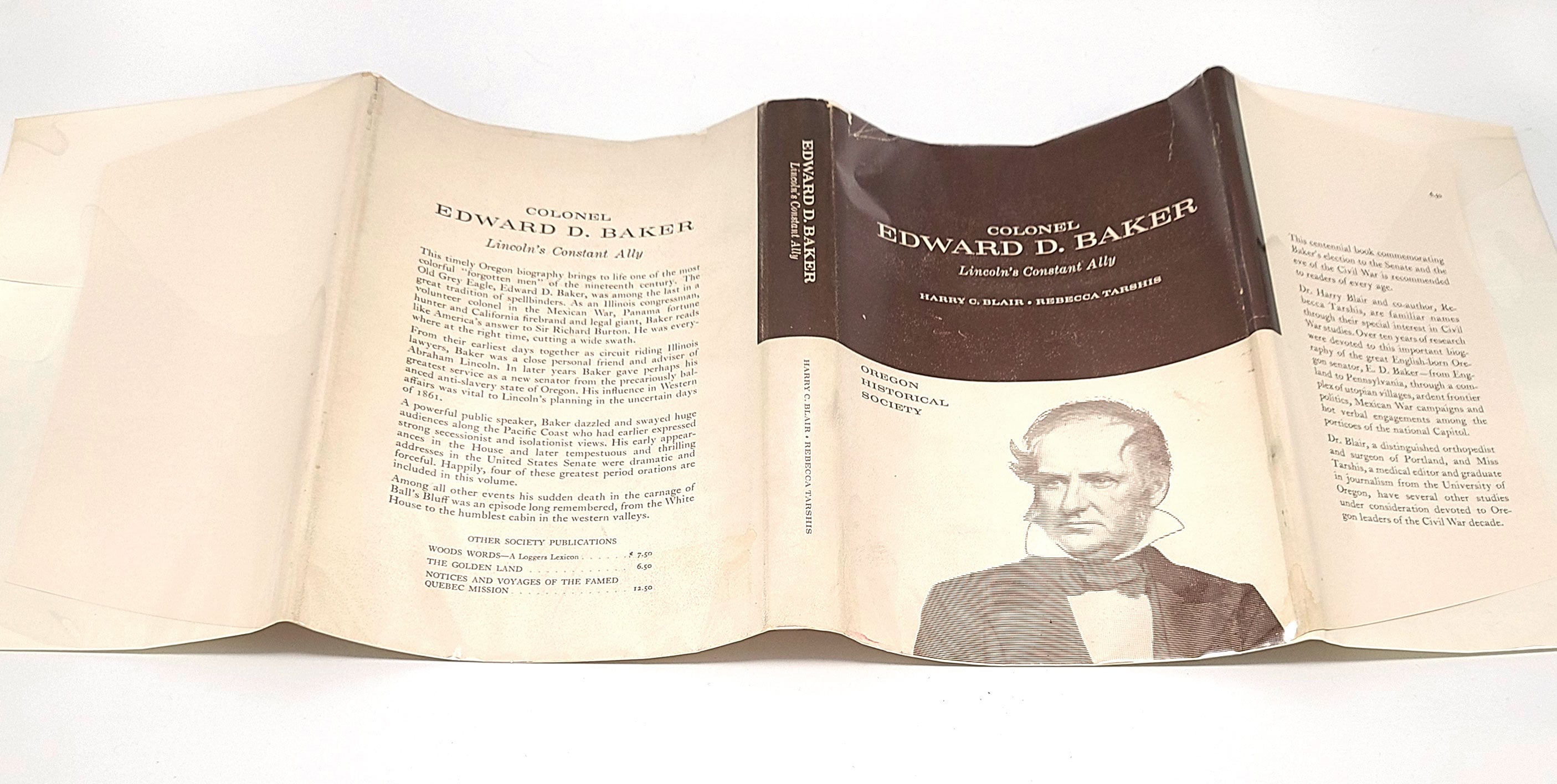 Title: Lincoln's Constant Ally: The Life of Colonel Edward D. Baker, together with four of his great orations

Biography of Colonel E. D. Baker (1811-1861), the English-born U.S Senator for Oregon, Army colonel during the Mexican-American and Civil Wars, and longtime friend of President Abraham Lincoln. Based on ten years of research, this biography follows Baker from England to Pennsylvania, to his legal career and political life in Illinois (where he defeated Lincoln in a race for a seat in U.S. House of Representatives), the Mexican War, politics in Oregon, Civil War activities, and his death at the Battle of Ball's Bluff.

Includes four speeches by Baker, including his addresses regarding the Oregon Question and the Atlantic Telegraph, his eulogy of California Sen. David C. Broderick, and his speech at the American Theater in San Francisco in 1860 regarding the union of the states and slavery.