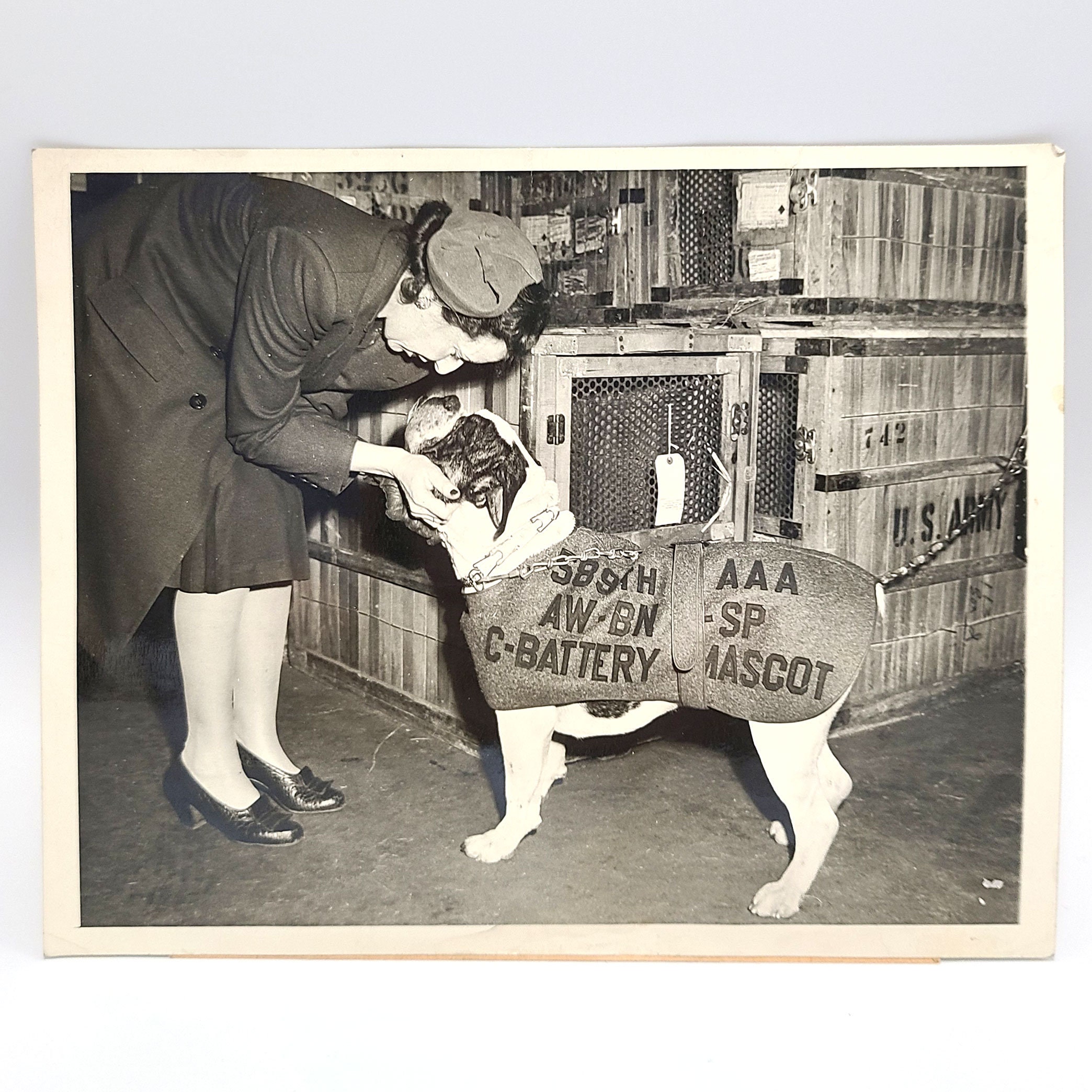 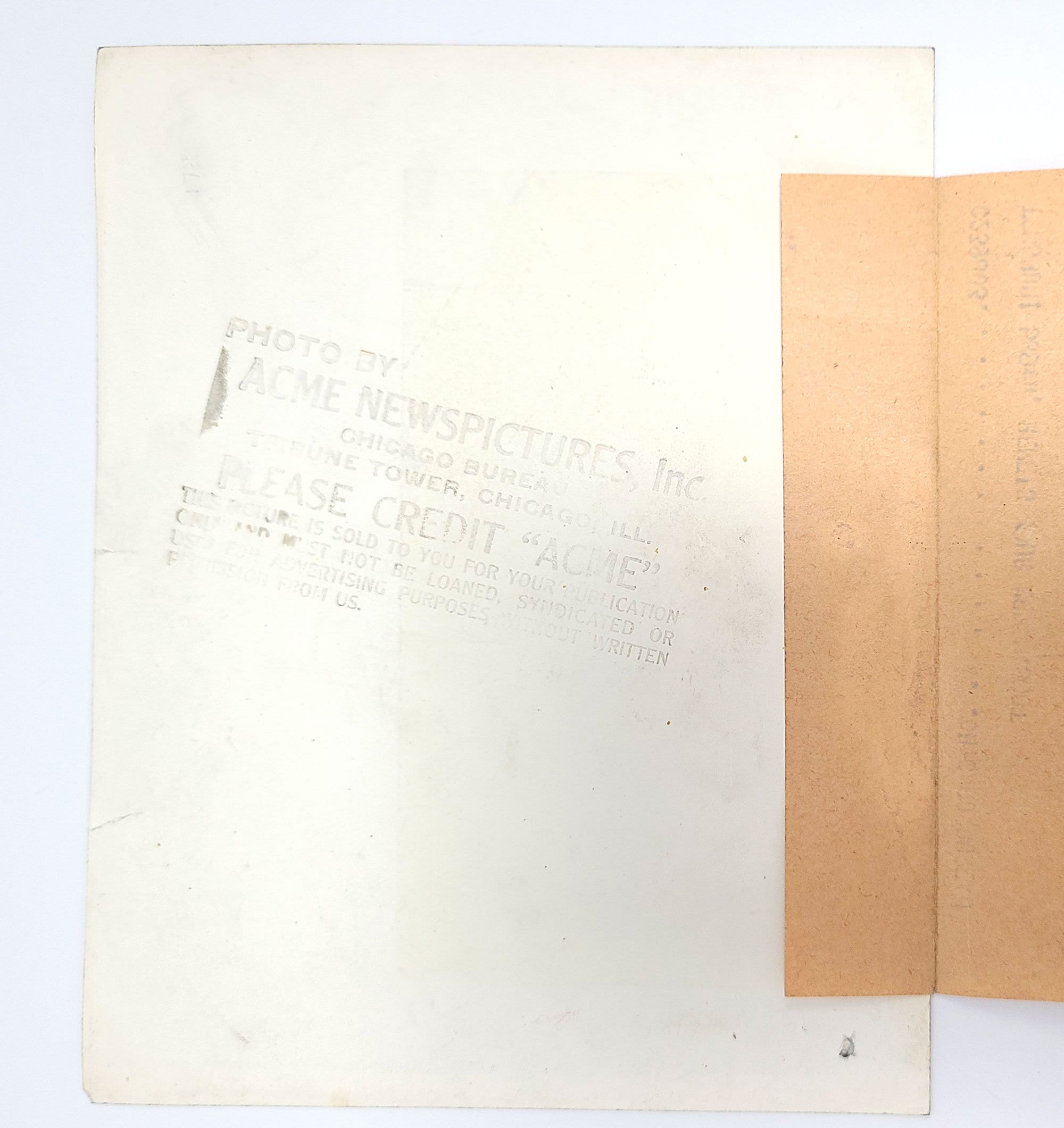 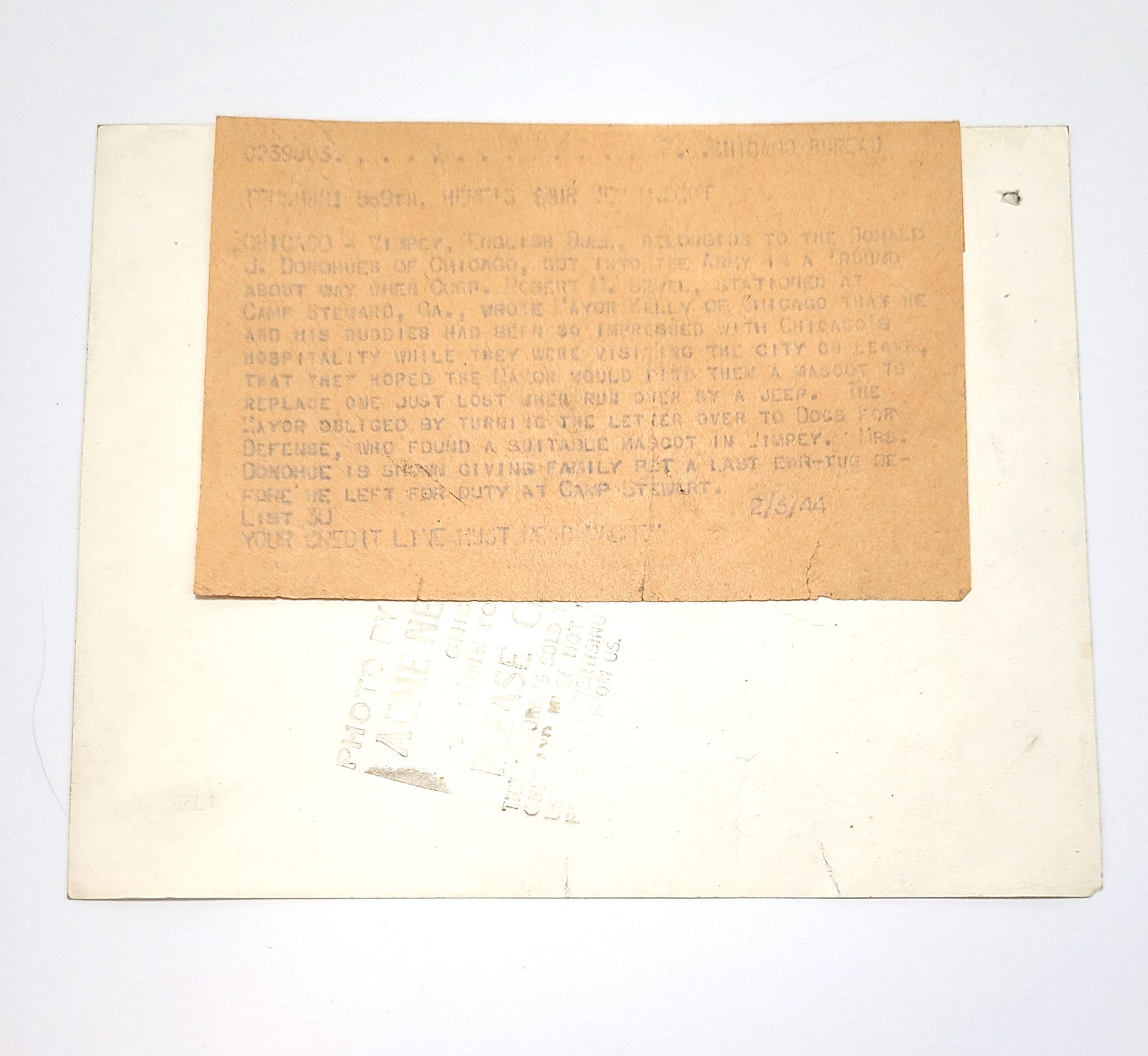 Description: February 1944 photograph of the Army dog "Wimpey," a mascot for Georgia's Camp Stewart. The English bulldog is wearing a jacket that says "589th AAA AW-BN-SP C-Battery Mascot". During the war, Camp Stewart functioned primarily an antiaircraft training camp, but was also used to hold prisoners-of-war. It is located about 40 miles west of Savannah. 6 x 8 inches. Photo has a few pinholes in its bottom right corner, otherwise is in very good condition.

"CHICAGO - Wimpey, English Bull, belonged to the Donald J. Donohues of Chicago, got into the Army in a 'round about way when Corp. Robert M. Sewel, stationed at Camp Stewart, Ga., wrote Mayor [Edward] Kelly of Chicago that he and his buddies had been so impressed with Chicago's hospitality while they were visiting the city on leave, that they hoped the Mayor would find them a mascot to replace one just lost when run over by a jeep. The Mayor obliged by turning the letter over to Dogs for Defense, who found a suitable mascot in Wimpey. Mrs. Donohue is shown giving family pet a last ear-tug before he left for duty at Camp Stewart."


Dogs for Defense was a World War II military program that encouraged citizen donations of dogs for utilization in guard and patrol duties. After the war they were to be deprogrammed and returned to their owners.