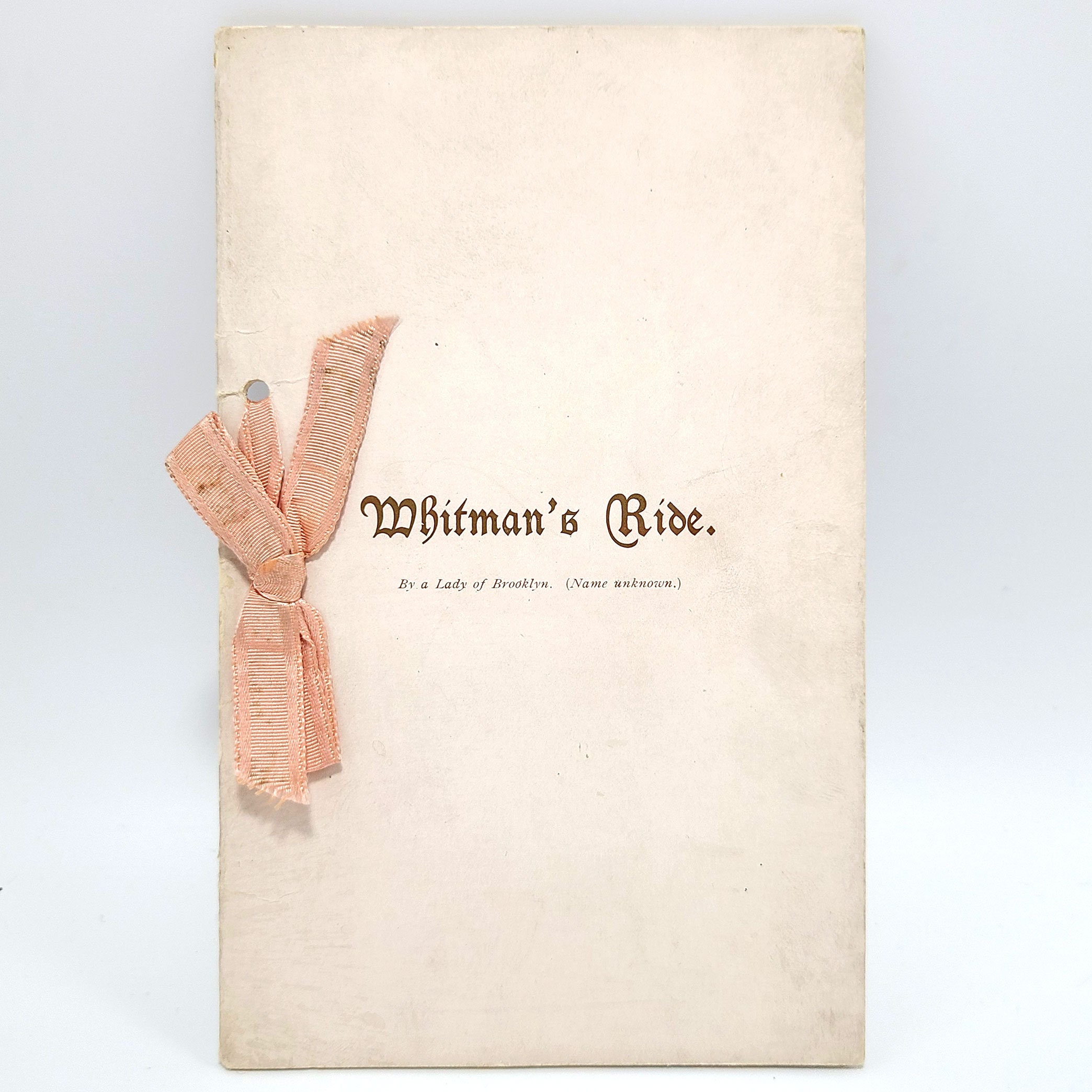 Author: By a Lady of Brooklyn [Alice Wellington Rollins]

Description: Undated (circa 1892). White card wraps tied with a pink ribbon; gilt lettering on front cover. Light smudging on covers; rear cover has some minor spotting along the top edge. Interior is clean and unmarked. One copy noted on OCLC (Univ. of Washington). [12] pp. 17.5 x 11 cm.

Poem relating Marcus Whitman's efforts to save the Oregon Country for the United States when the possibility of British claims for it began to loom large. It describes his intense grasping of this purpose to save Oregon and chronicles his departure, the long wait endured by his wife Narcissa, and a month-by-month account of his ride from Walla Walla back to the East Coast in 1842 to rouse American settlers to come west and lay claim to Oregon. His success is in bringing the first wagon trains back with him and establishing the Oregon Trail in the Great Emigration of 1843.

Printed by the Portland firm of Baumgardt & Palmer, who dissolved their partnership in March 1893. The firm appears to have been short lived.

Alice Wellington Rollins (1847-1897) was a novelist and writer, a contributor to several national publications including Lippincott's and Cosmopolitan, and who is known for her writings about the American West and the evils of tenement housing in New York City.