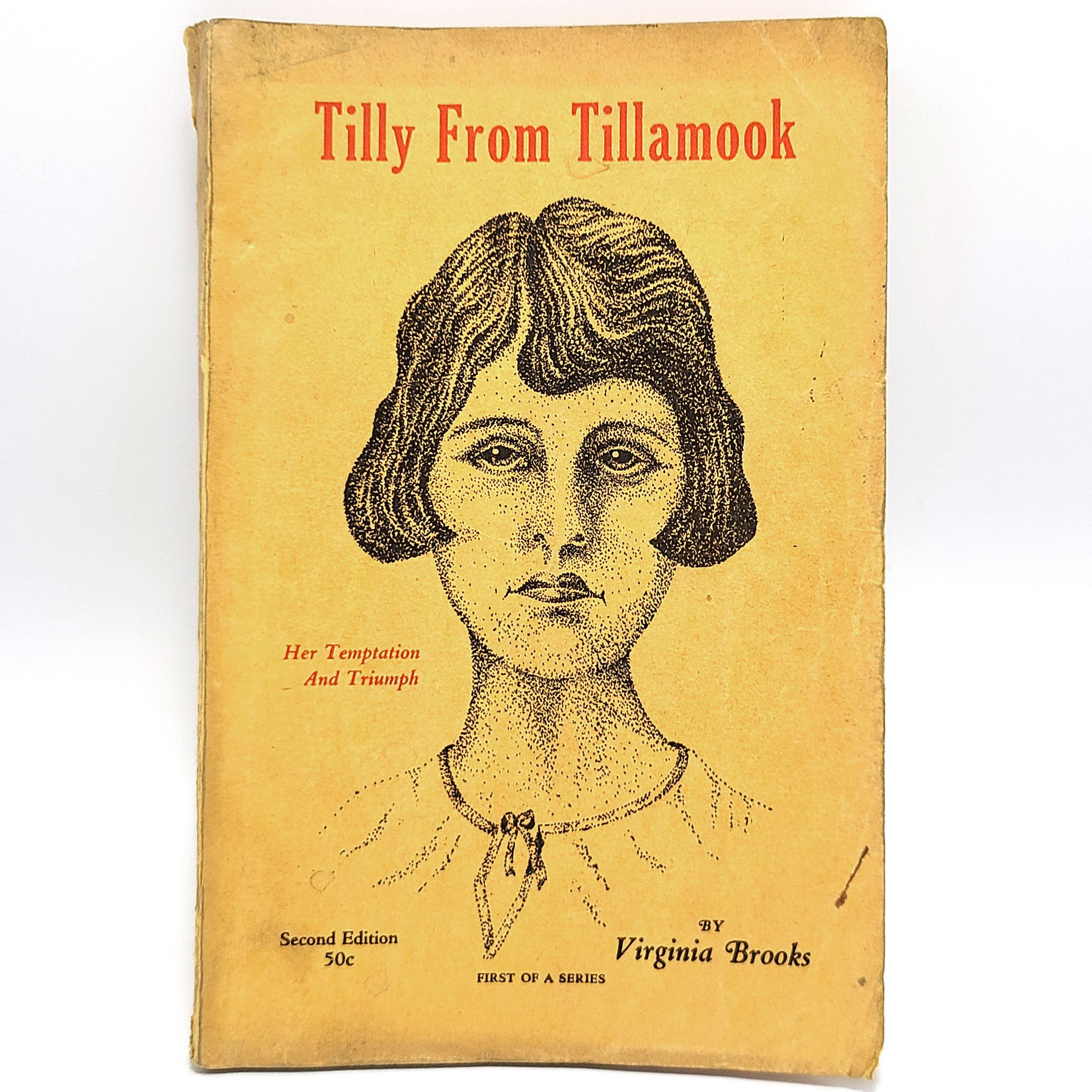 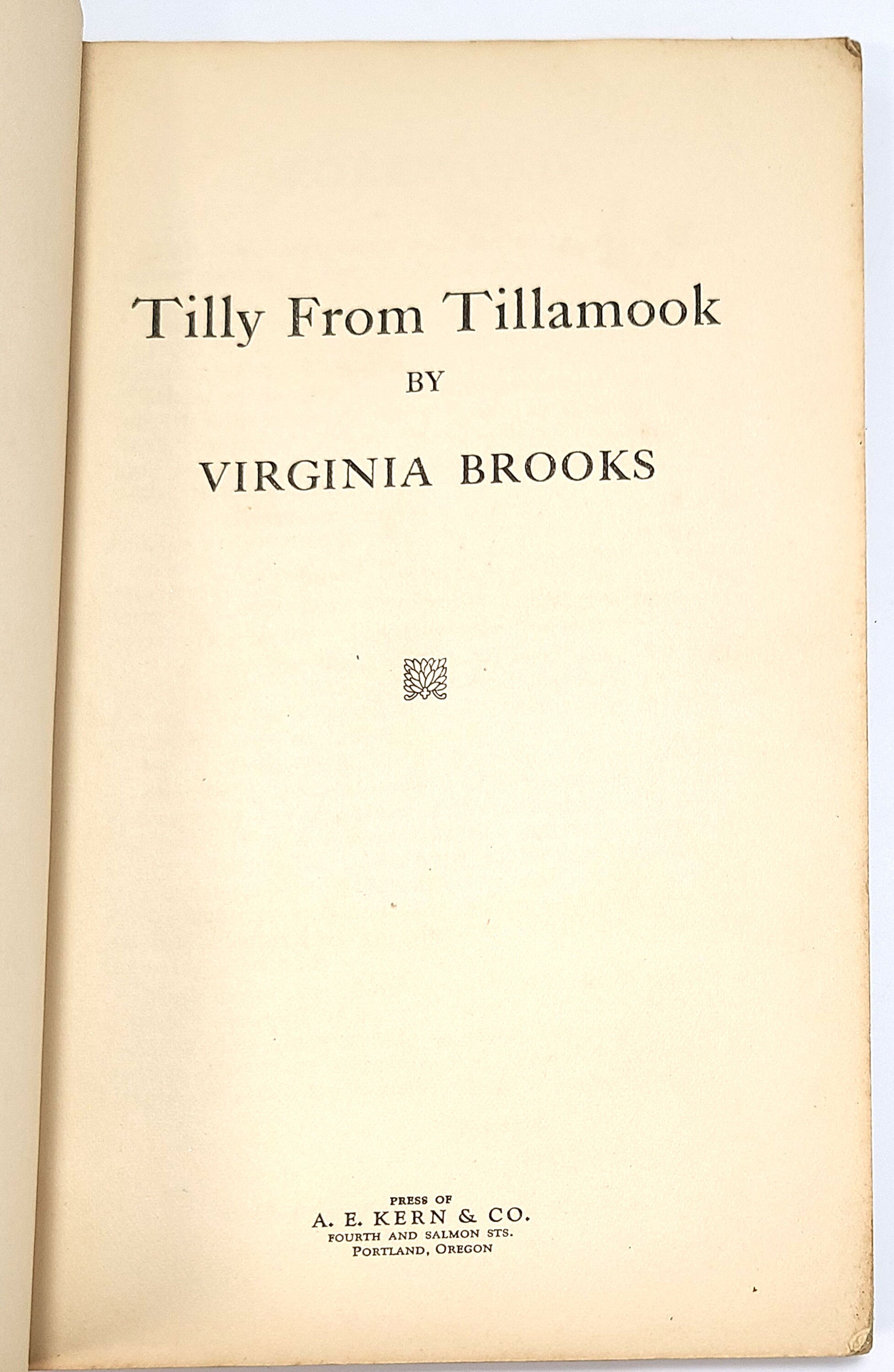 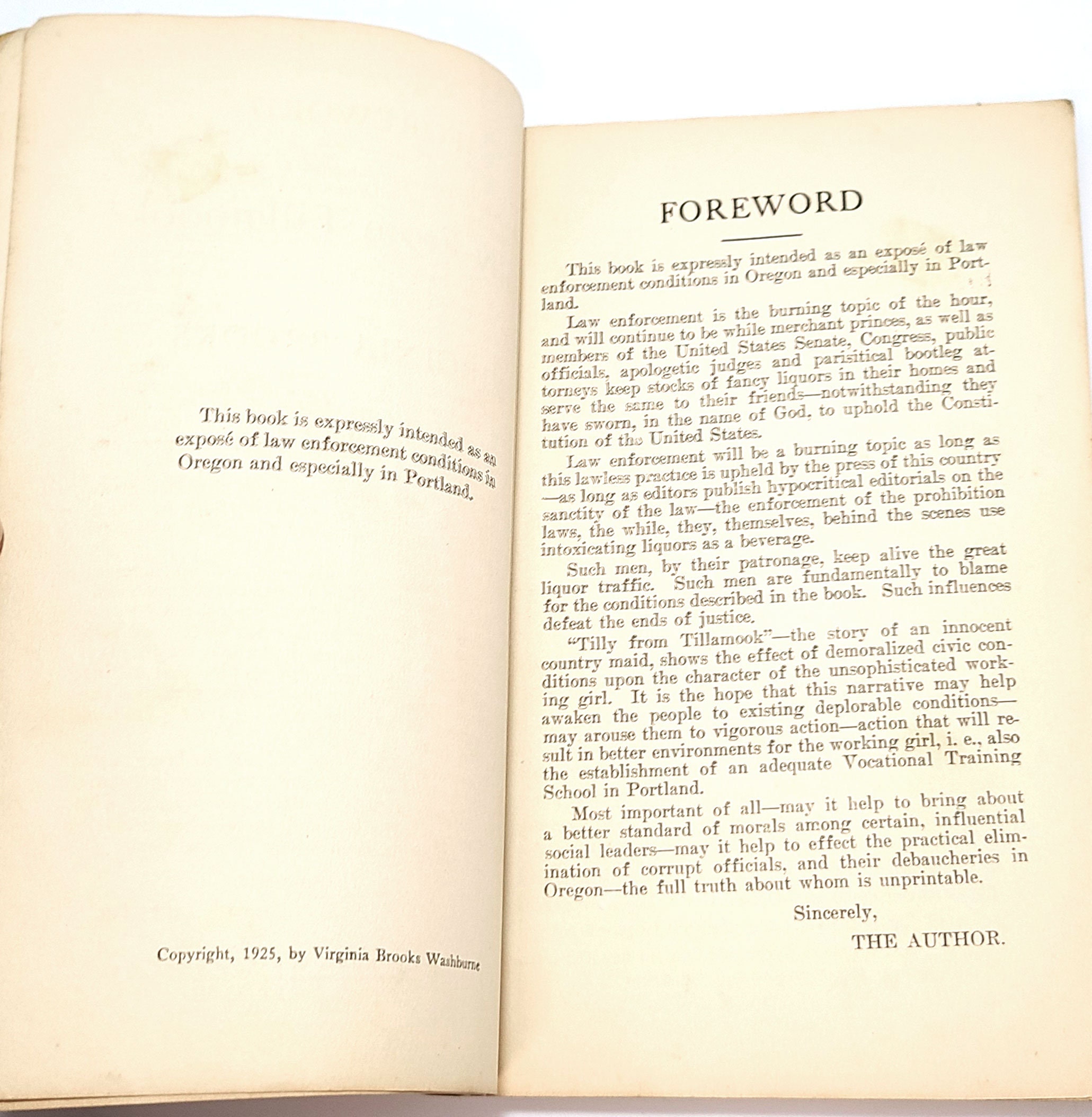 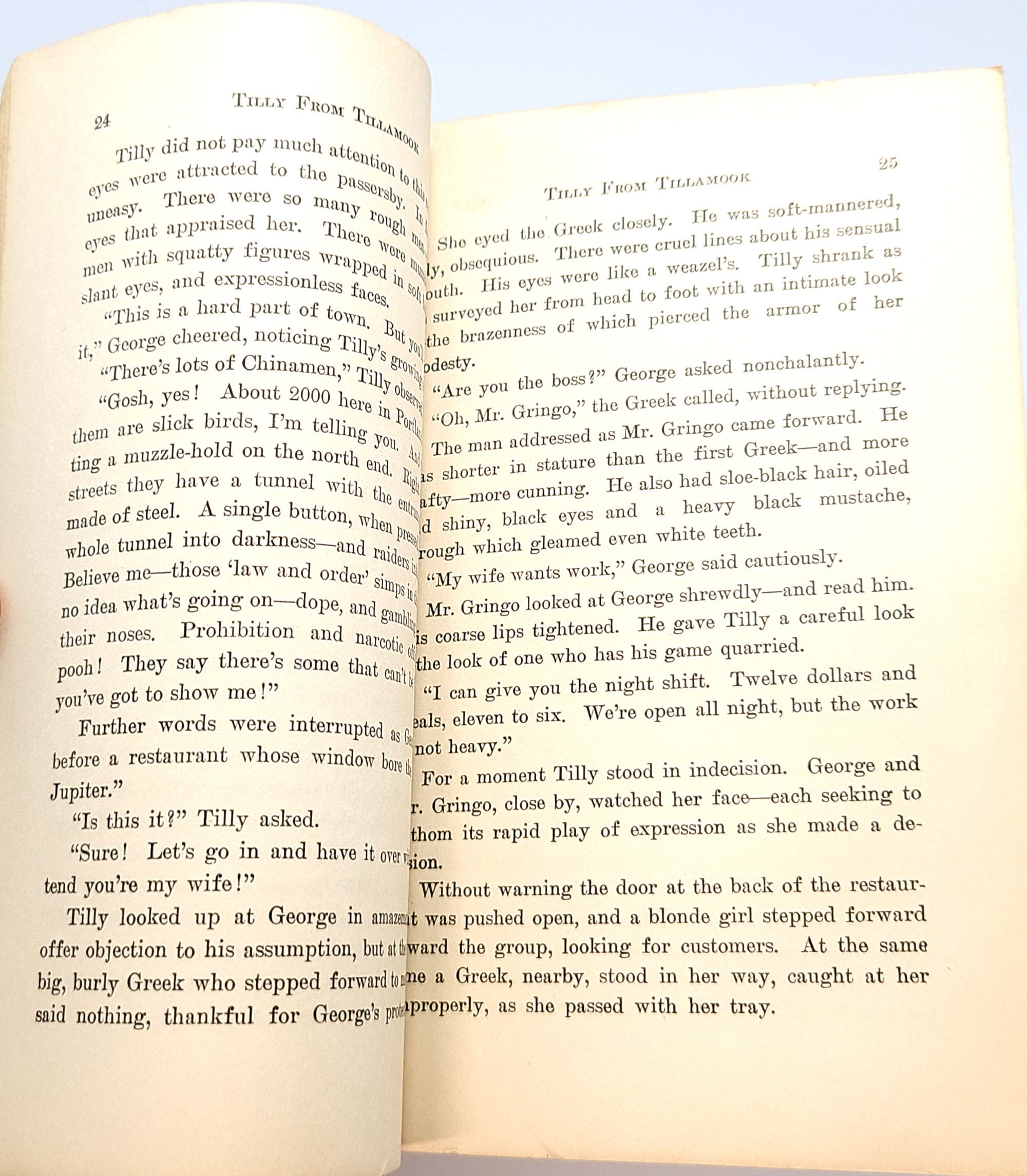 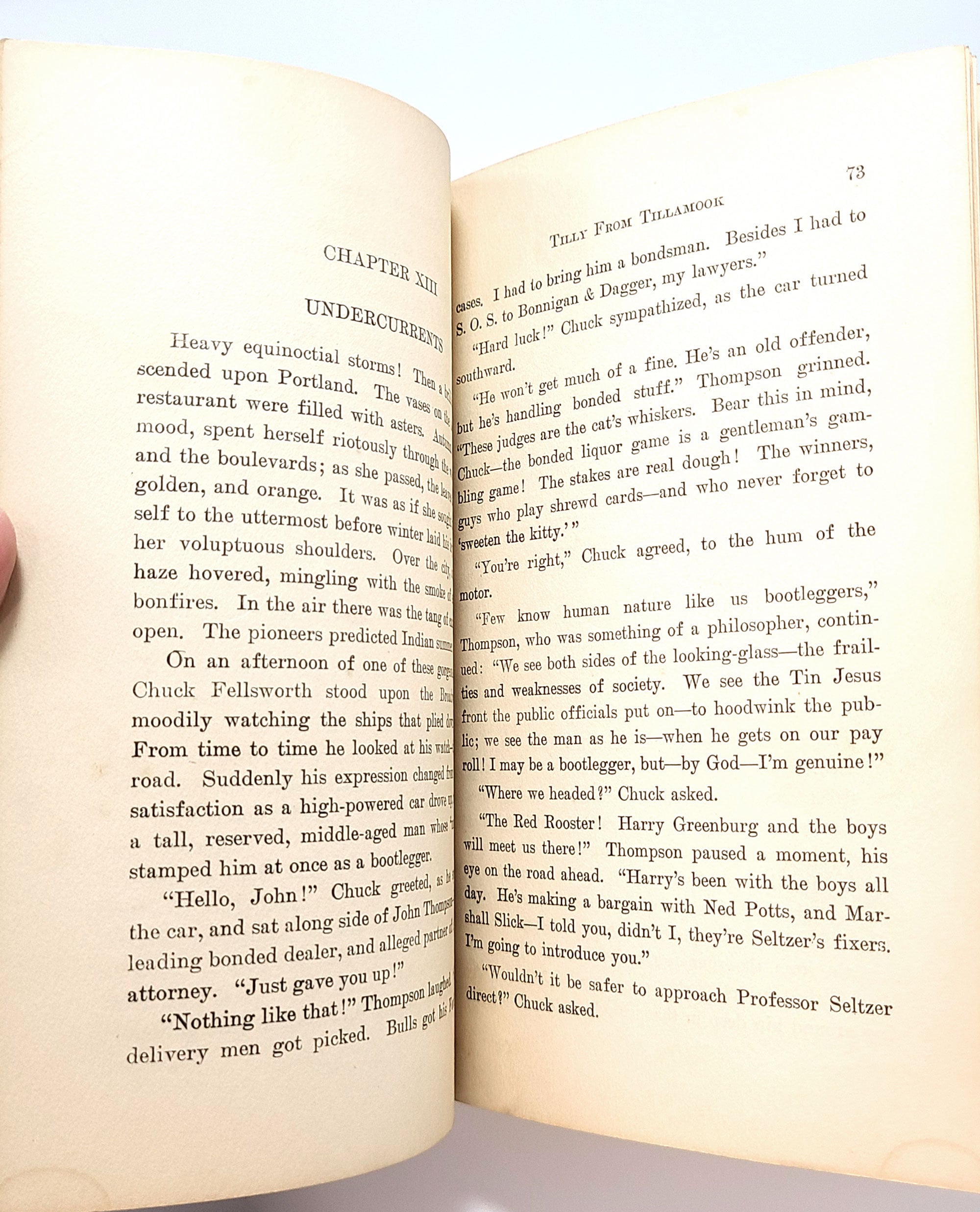 A novel about prohibition, bootlegging, and police and political corruption in Portland, Oregon. Published in 1925. In the foreword, the author states that her work is "expressly intended as an expose of law enforcement conditions in Oregon and especially in Portland." The story follows Tilly, an unsophisticated country girl who takes up life and work in Portland and finds herself in sketchy situations, with attendant temptations, where alcohol is surreptitiously served: at clubs, private homes, and debauched parties.

Virginia Brooks Washburne (1886-1929) was born in Chicago and was a known campaigner against vice and corruption. She wrote for the Chicago Tribune and had been a Chautauqua lecturer. In Indiana, she'd gained some celebrity status in her fight against prostitution, unhygienic conditions, and alcohol and had gained the moniker "Joan of Arc of West Hammond." She moved to Portland, Oregon, sometime in the 1920s.