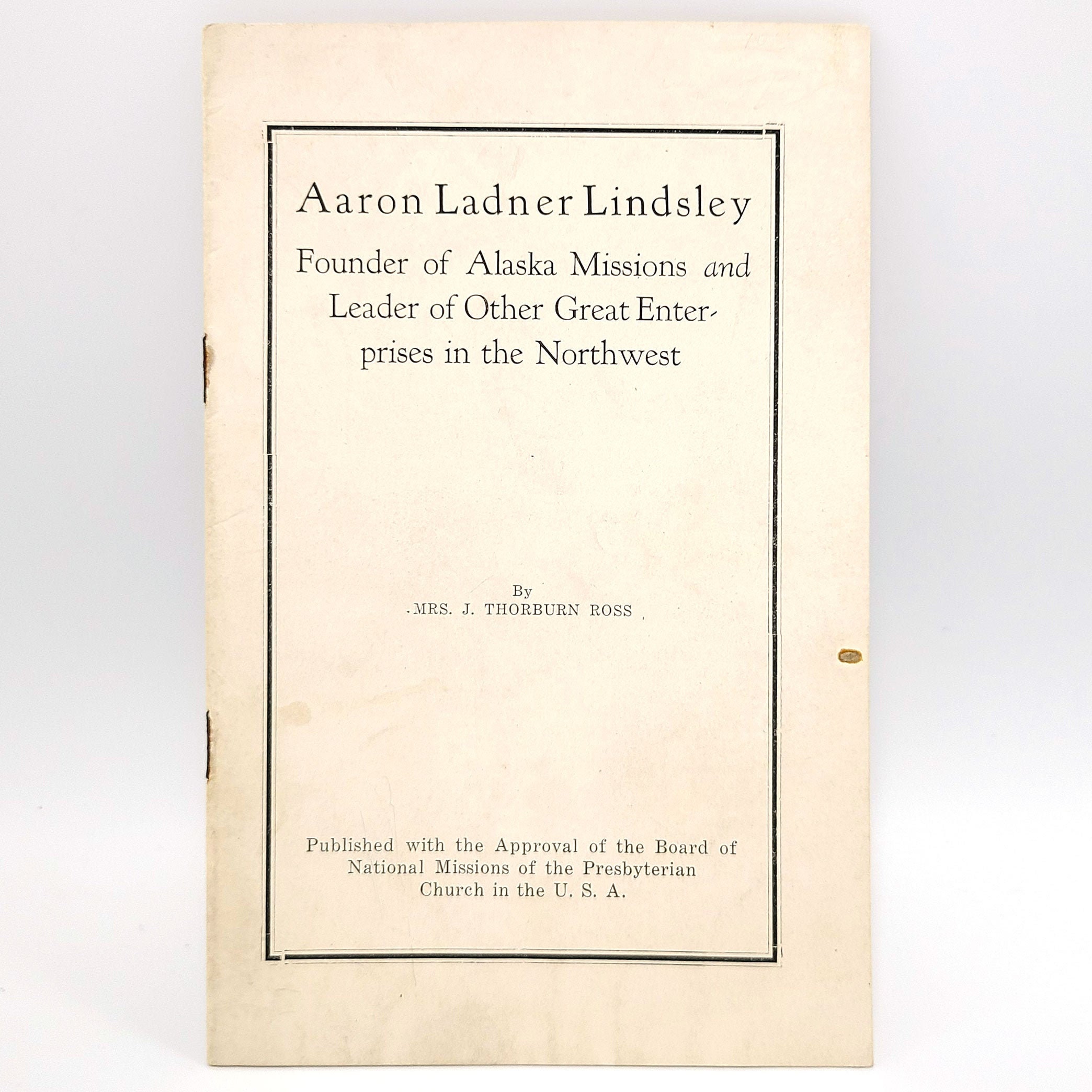 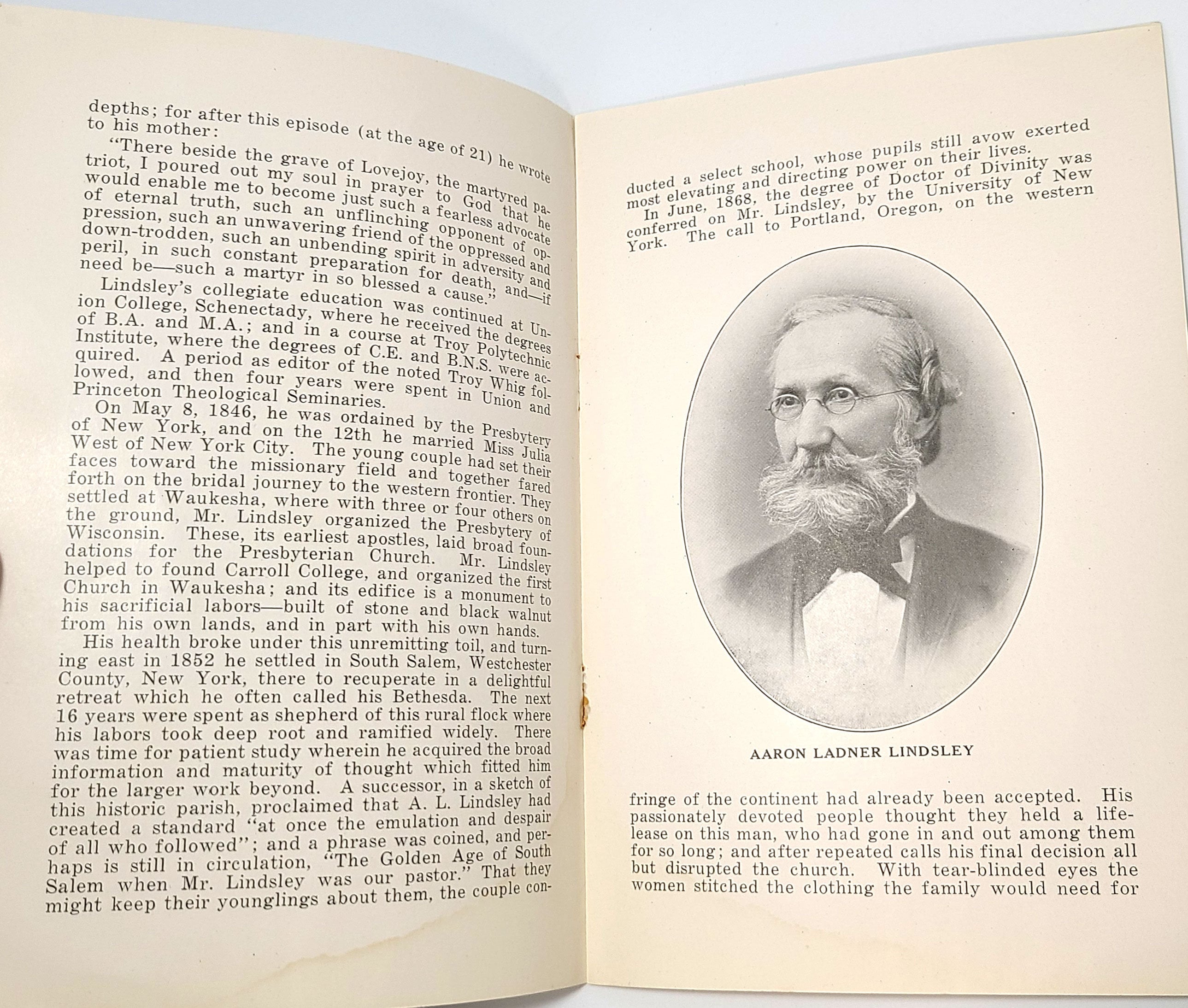 Title: Aaron Ladner Lindsley: Founder of Alaska Missions and Leader of Other Great Enterprises in the Northwest

Description: No date (circa 1927). Staple-bound in wraps. Staples a bit rusty. Some spots of soiling to covers. Interior shows light dampstaining to bottom margins; unmarked. One illustration: portrait of Lindsley. [9] pp. 7.75 x 5 inches.

Biography of Aaron Ladner Lindsley (1817-1891) who served as the Pastor of the First Presbyterian Church of Portland, Oregon from 1868 to 1886. In 1886 he was elected to the position as chair of Practical Theology at the San Francisco Theological Seminary. When in Portland, he took an early interest in the ministry of the Native Americans and Chinese in the Northwest. He then, in 1869, took a strong interest in the people of the new American territory of Alaska and spent several years sending missionaries and garnering support for the missions. The missionaries he sent started schools in Fort Wrangel and Sitka, as well as a home for native girls and an industrial school for boys. In 1879, Lindsley himself made a visit to Alaska and organized the first American church in the territory, located at Fort Wrangel.