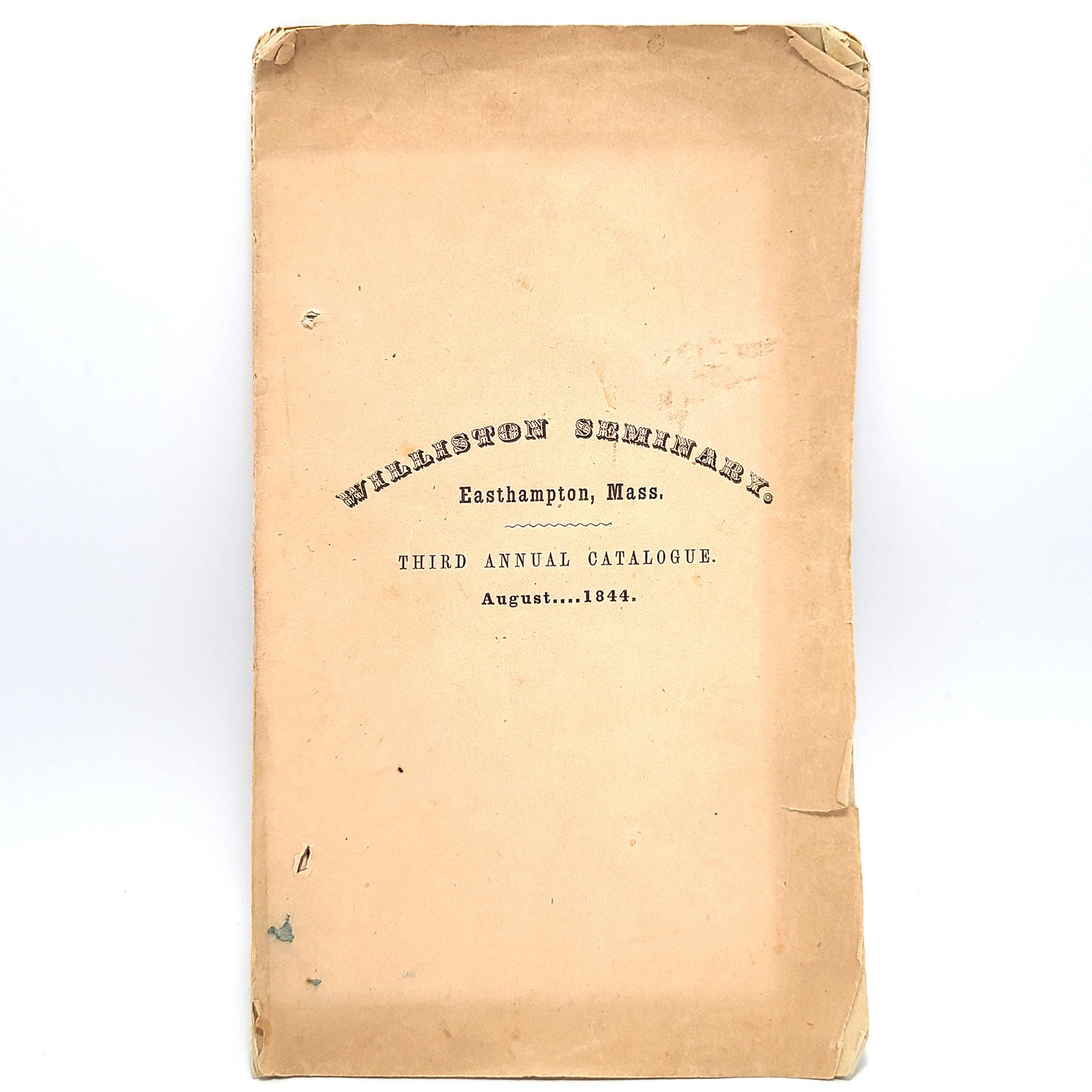 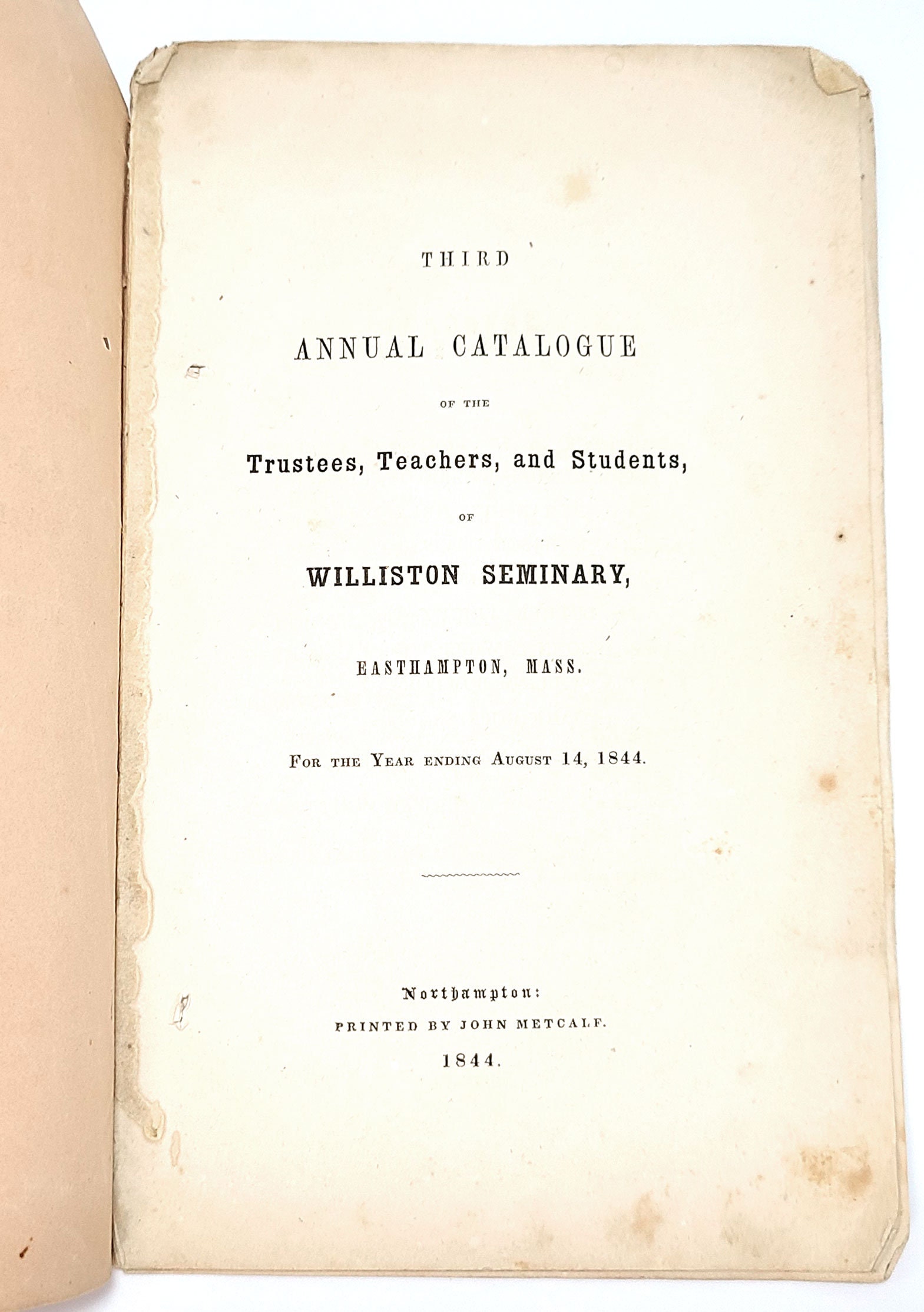 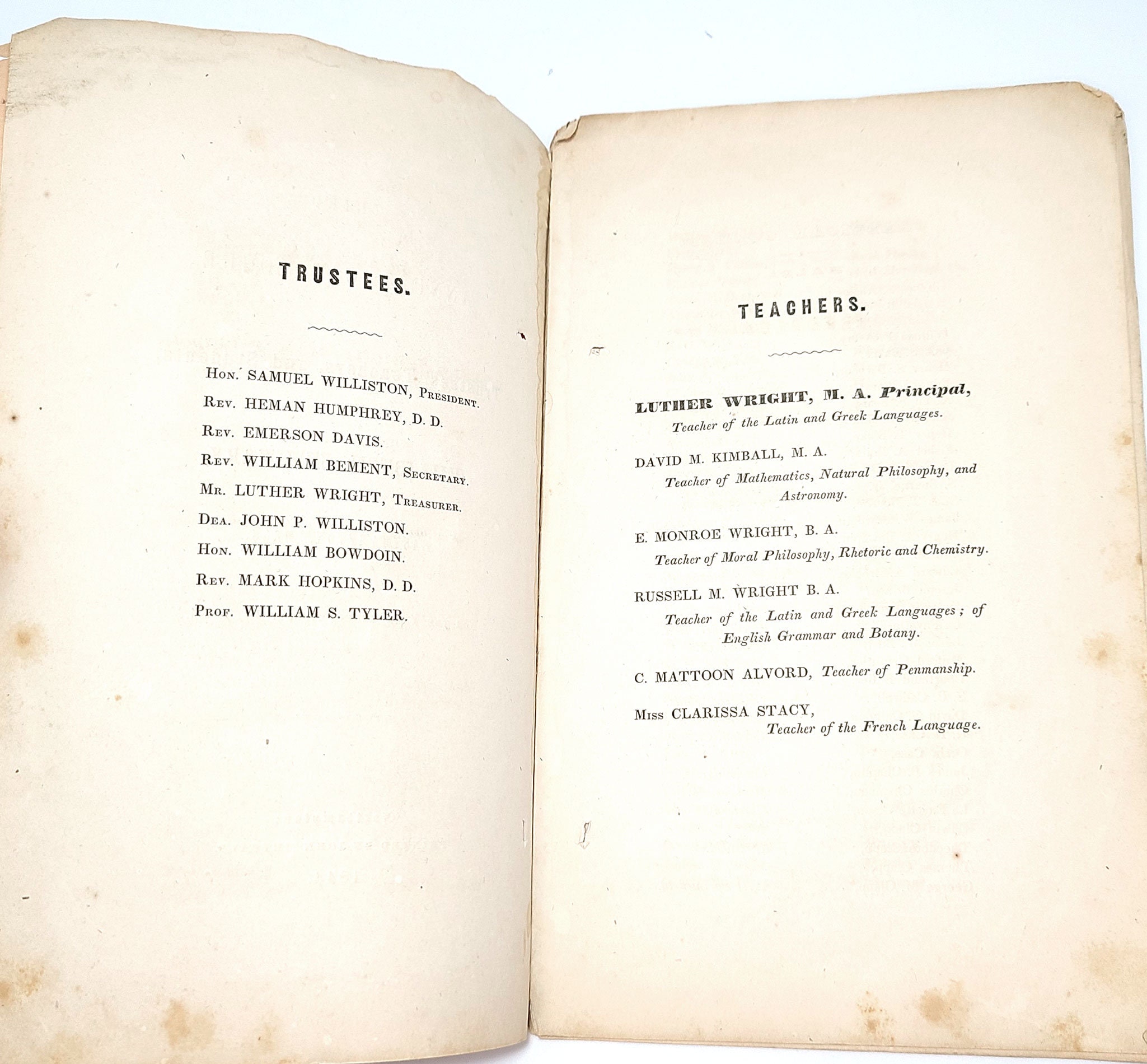 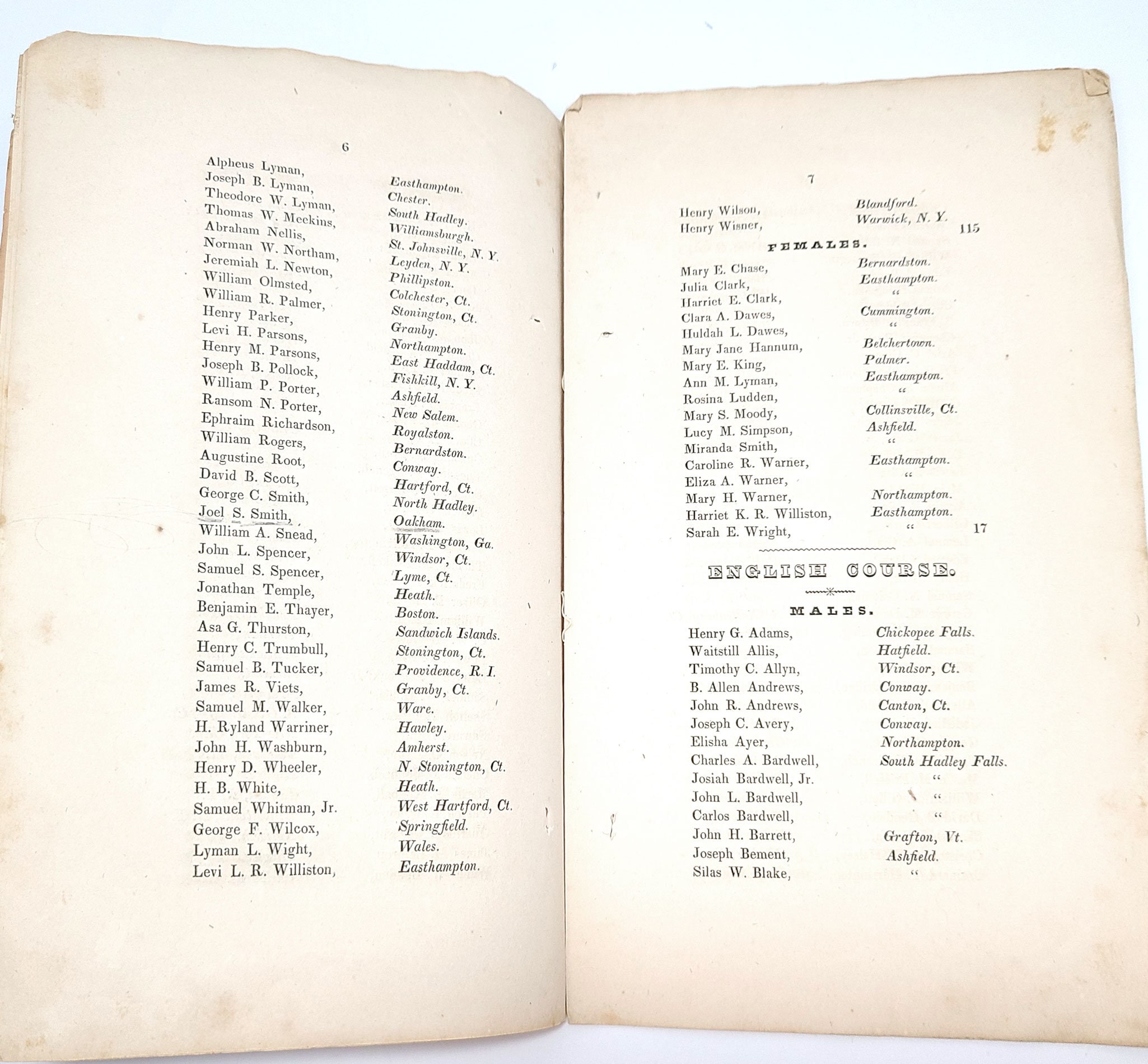 Item: Third Annual Catalogue of the Trustees, Teachers, and Students, of Williston Seminary, Easthampton, Mass. For the Year ending August 14, 1844.

Description: Wraps with title printed on the front cover. Loose-bound. Shows general edgewear and surface soiling; a couple small holes where it had been thread-bound. Minor penciling on a couple pages. 16 pp. 9 x 5.4 inches.

Early school catalog for Williston Seminary (now the Williston Northampton School), which opened its doors in December 1841. The catalog lists all of the trustees, faculty, male and female students noting their hometowns (they are divided into two lists: Classical Course and English Course), names the text books used for each of the two courses. It then describes the terms of the school year and their duration, notes the amount of the tuition fees, and provides more than three pages that describe the character of the school, its accommodations for the students, the class work, student and faculty expectations, values and priorities, etc.

Some of the students listed:

** William Smith Clark (1826-1886) became a professor of chemistry, botany and zoology; served as a colonel in the Civil War; taught chemistry at Williston betwen 1848-1850, professor at Amherst 1852 to 1867, President of Massachusetts Agricultural College from 1867 to 1879. In 1876, he established Sapporo Agricultural College (now Hokkaido University) at the invitation of the Japanese government.