Occasional Sermons on History of Church of Ireland 1852 CHRISTOPHER WORDSWORTH 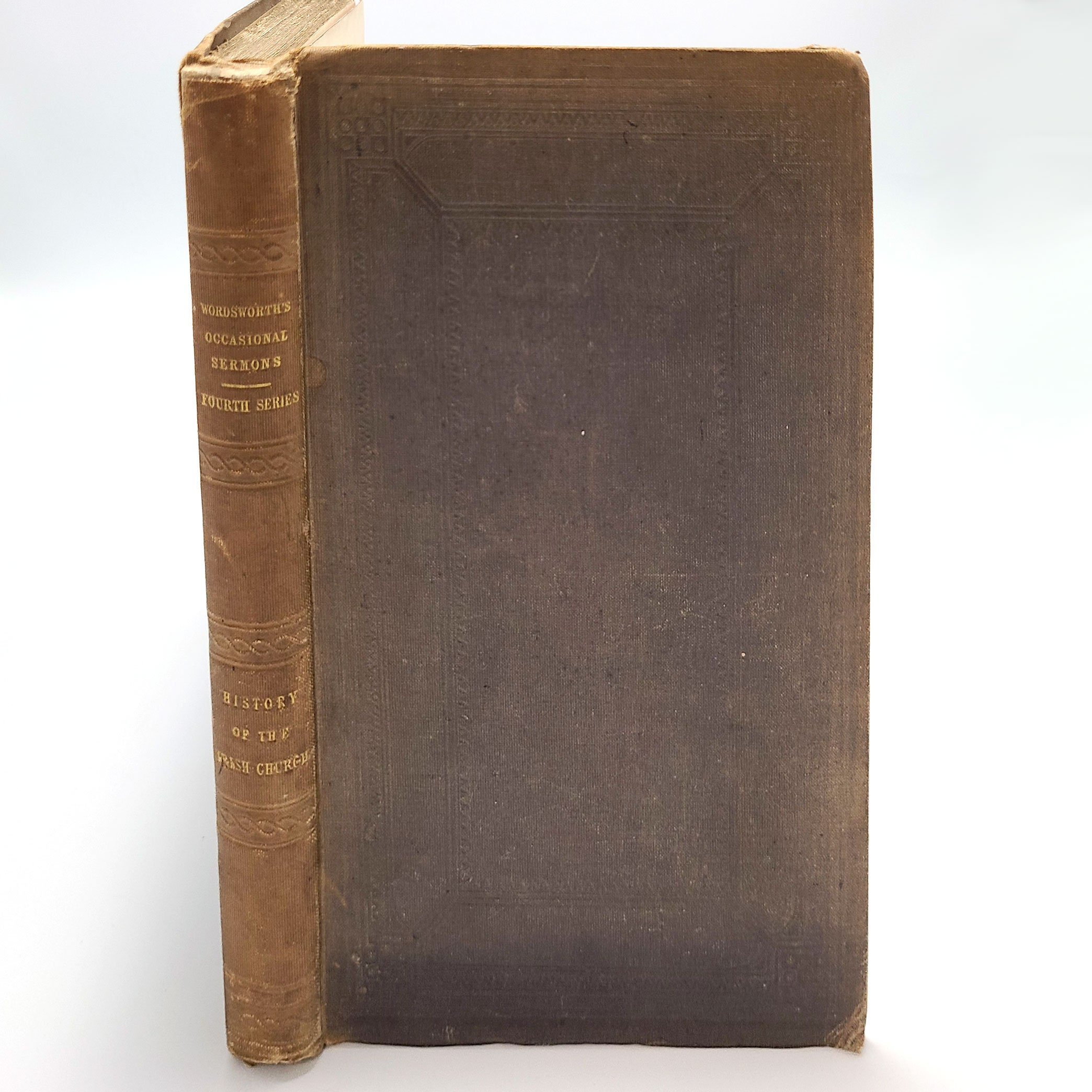 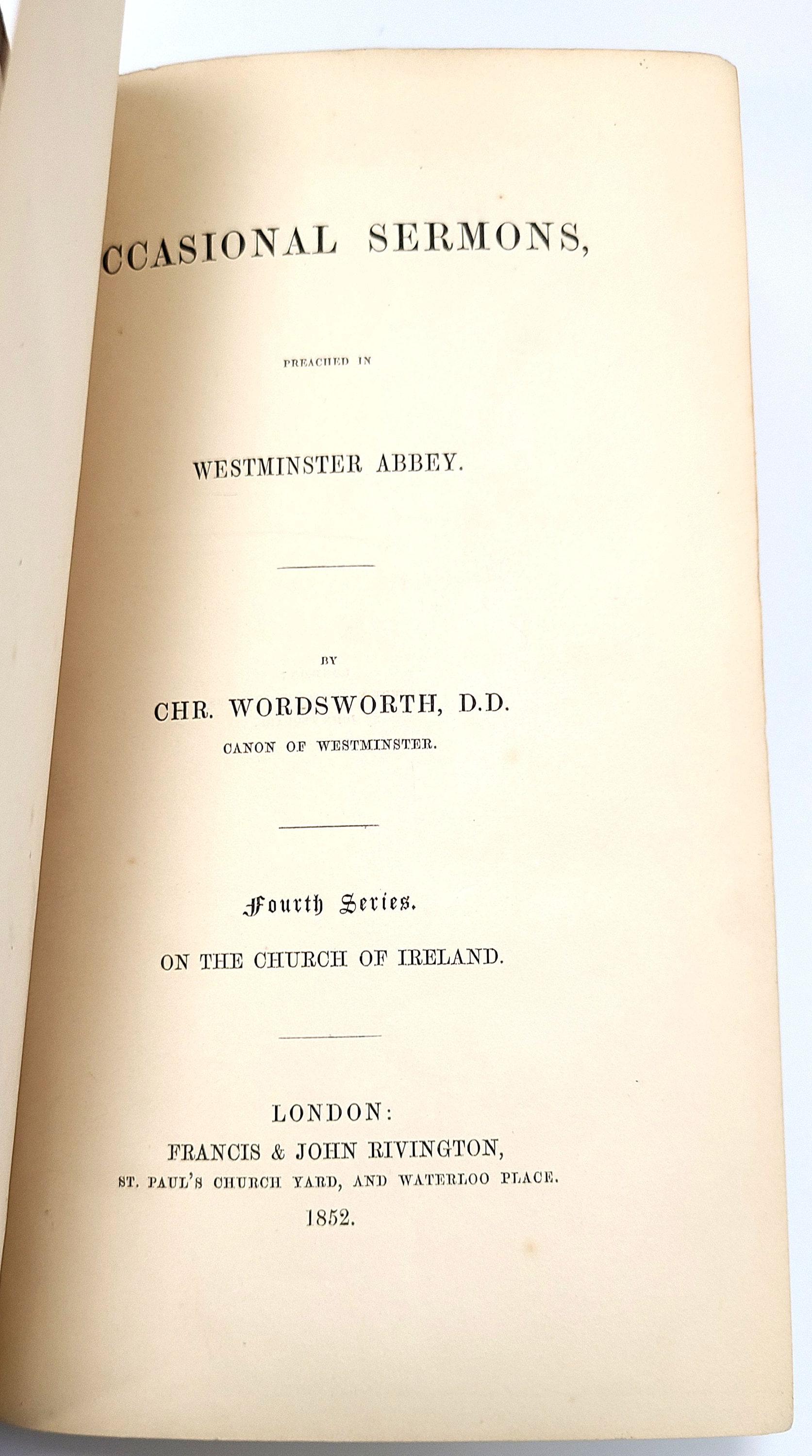 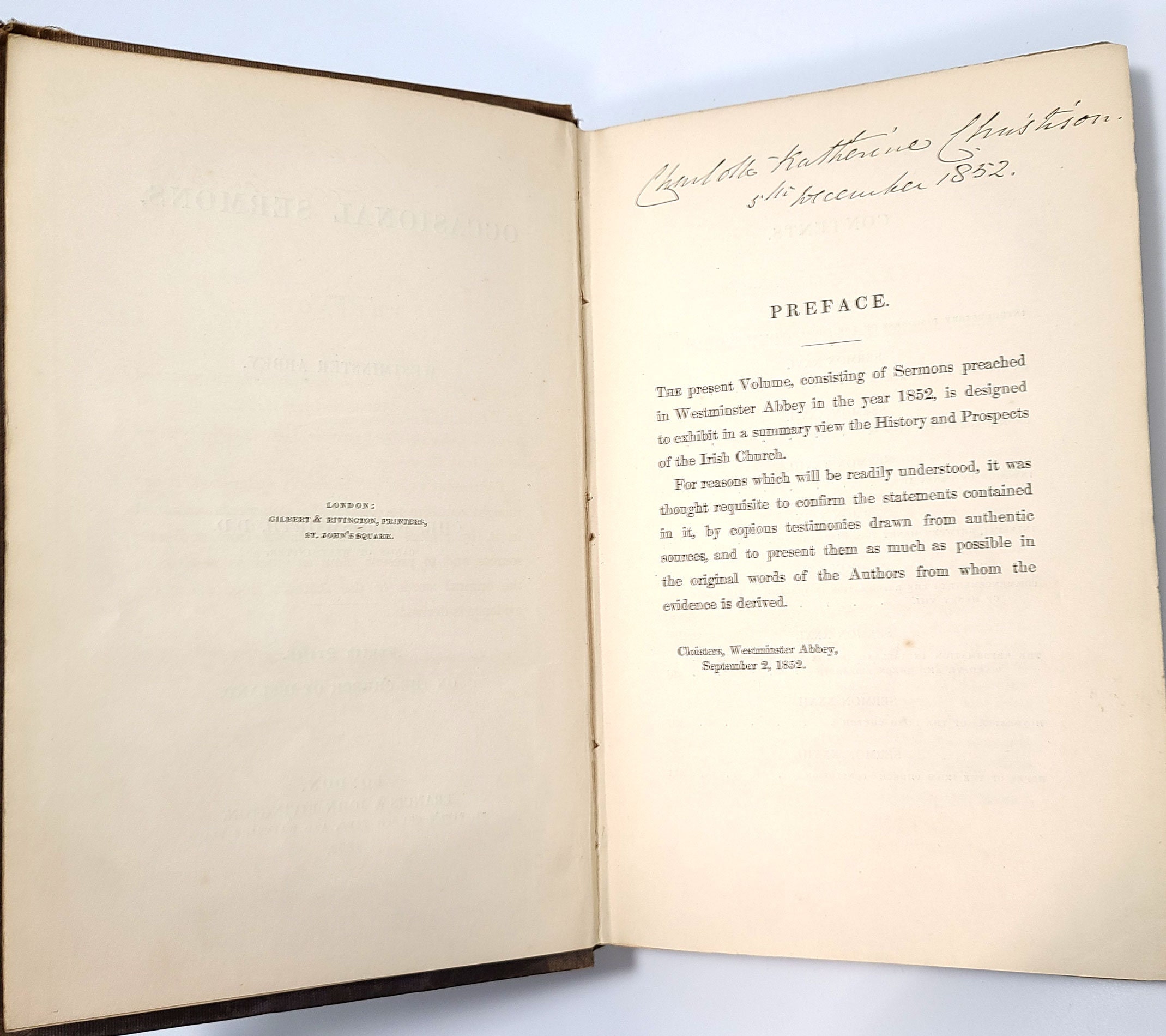 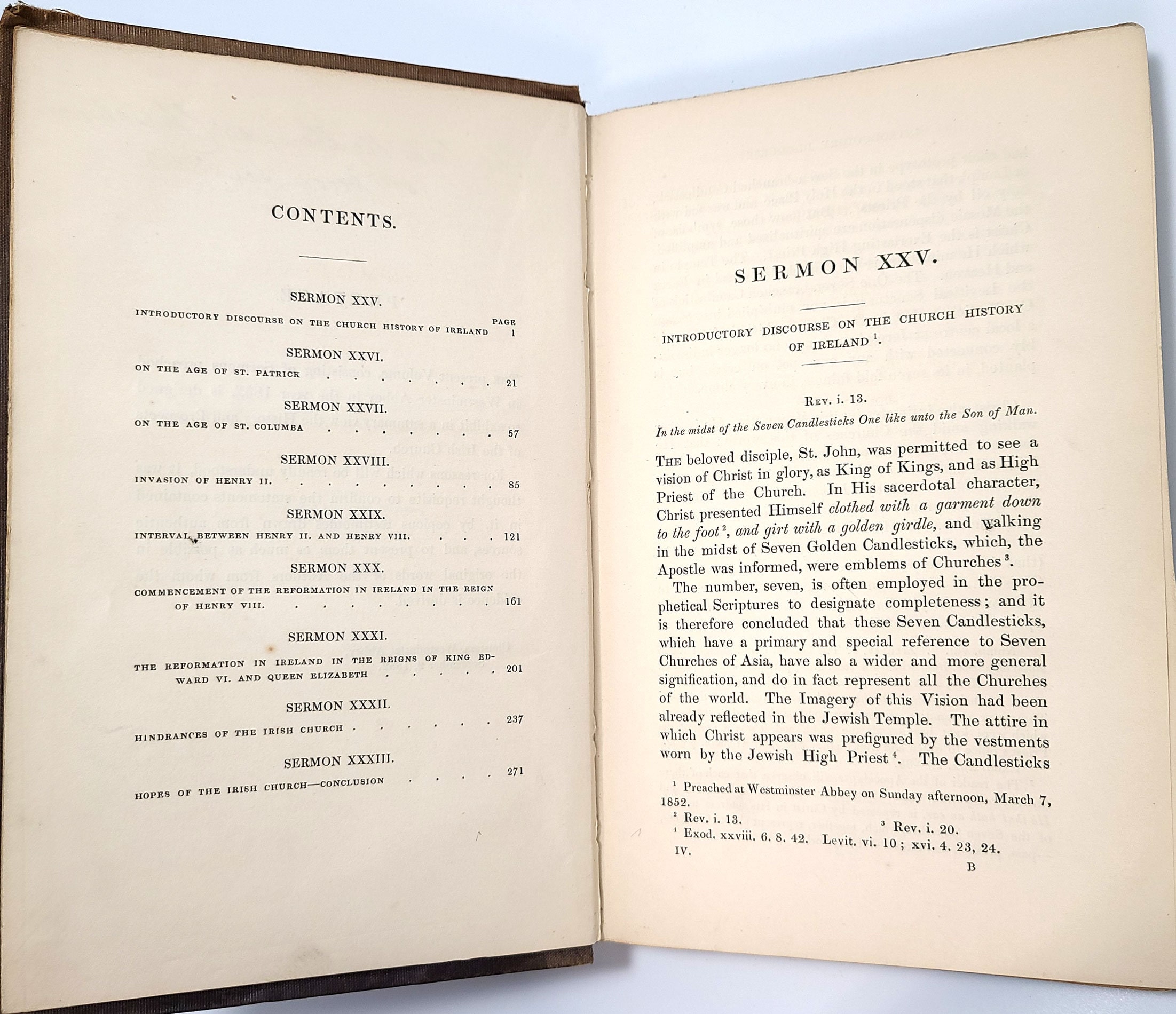 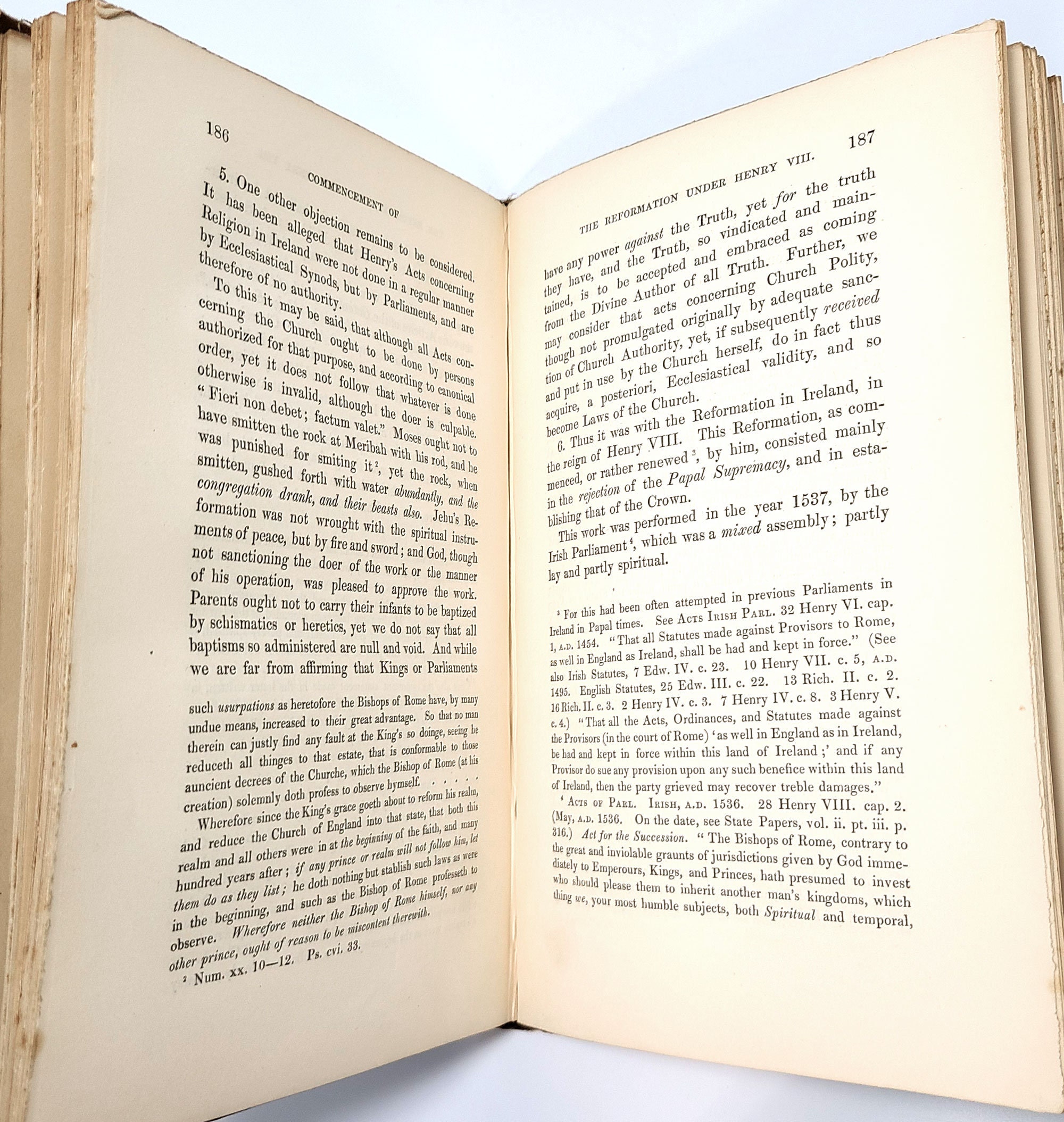 Description: Brown cloth with gilt lettering on spine. Some loss of cloth at head of spine (trimmed); corners pushed; top corners exposed. Original 1852 owner's name at top of Preface page, some light pencil marginalia, else interior is generally clean. pp. 295 plus Errata page and [2] pages of advertising noting other works by the author published by Rivington's. 8.75 x 5.5 inches.

Nine sermons preached during the year 1852 by Christopher Wordsworth at Westminster Abbey on the subject of the Irish Church and its history. This is the fourth volume of Wordsworth's lectures (including sermons XXV-XXXIII). Extensively footnoted with original quotations and source references.

Sermons: Introductory Discourse on the Church History of Ireland; On the Age of St. Patrick; On the Age of St. Columba; Invasion of Henry II; Interval between Henry II and Henry VIII; Commencement of the Reformation in Ireland in the Reign of Henry VIII; The Reformation in Ireland in the Reigns of Kind Edward VI and Queen Elizabeth; Hindrances of the Irish Church; Hopes of the Irish Church--Conclusion. [The earlier three volumes of sermons topically address church doctrine, issues around authority and the Bishop of Rome, and catechesis and eduction, respectively.]

Christopher Wordsworth (1807-1885) was an Anglican bishop (Bishop of Lincoln) and the Canon and Archdeacon Westminster Abbey. He was the nephew of the celebrated poet William Wordsworth and is buried in Lincoln Cathedral.