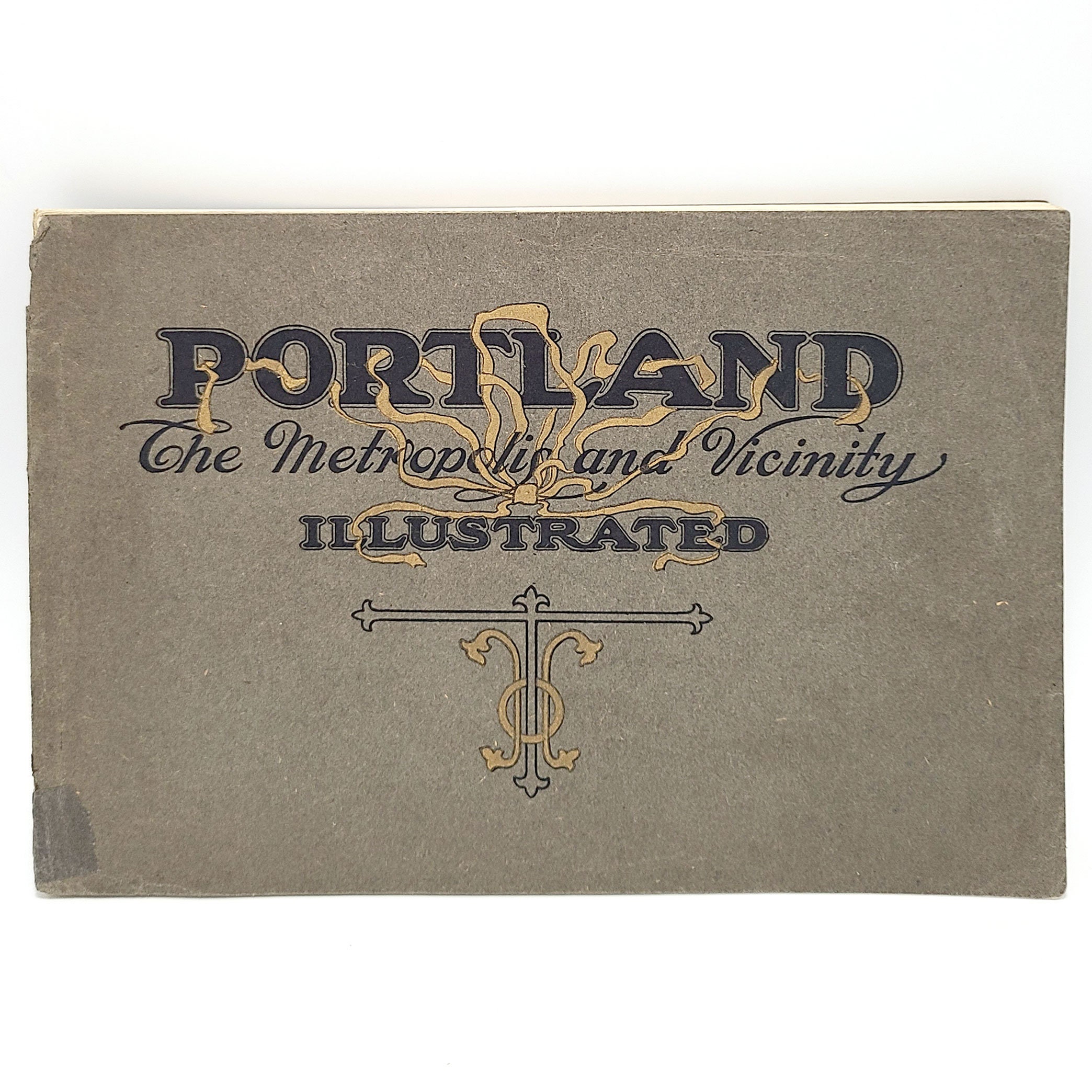 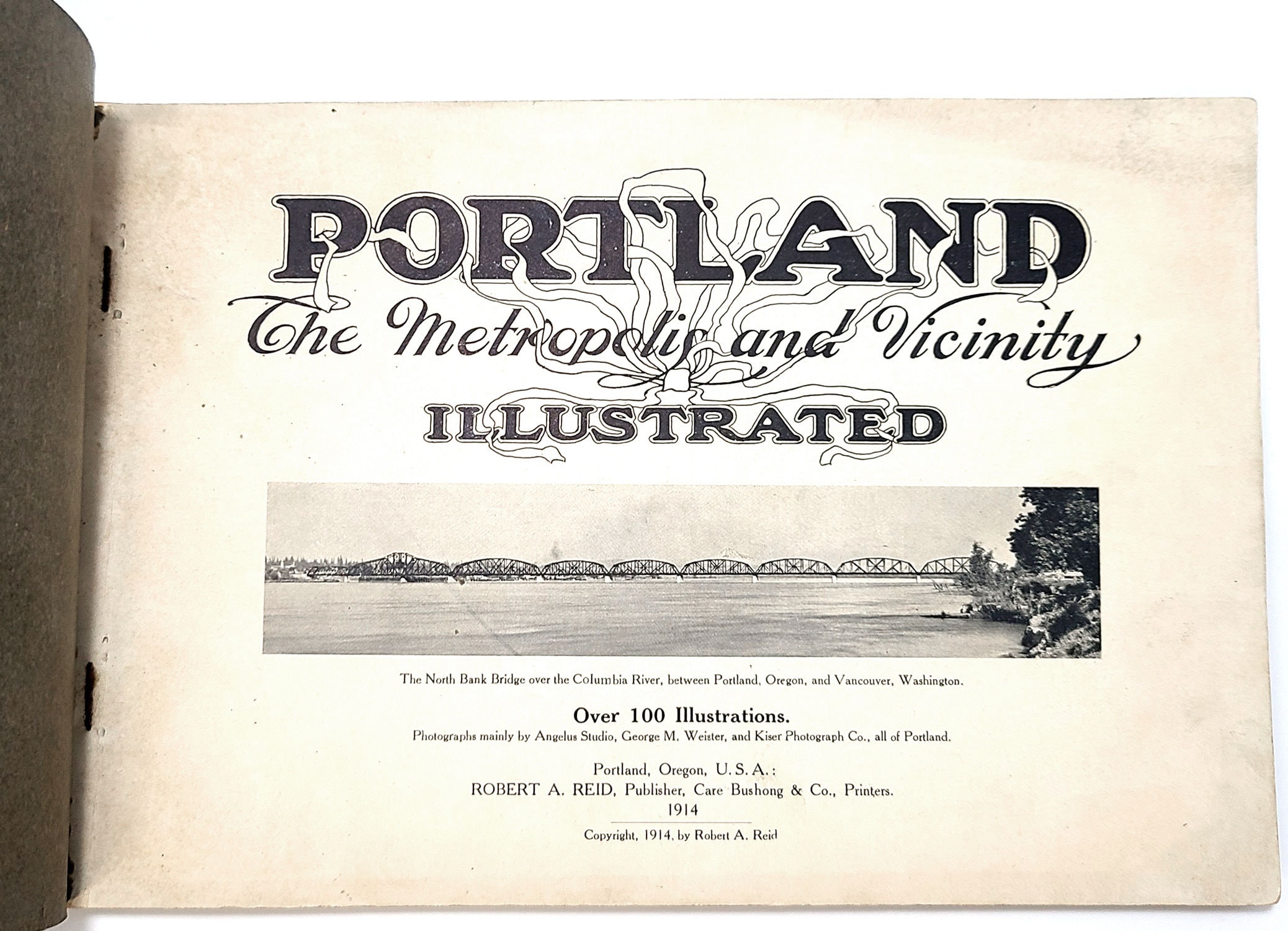 More than 100 photographs of Portland, Oregon and vicinity, published in 1914. Shows an extensive array of buildings in downtown Portland, plus Willamette River harbor scenes, Columbia Gorge views, and some other Oregon wilderness landmarks. A few private homes, private clubs, churches, department stores, and Rose Festival scenes are also shown. Many of the buildings were quite new in 1914, and are noted as such, including the Public Library, County Courthouse, Lincoln High School, Pittock Building, Benson Hotel, Telephone and Telegraph Building, Multnomah Hotel, Imperial Hotel, and Empress Theatre.