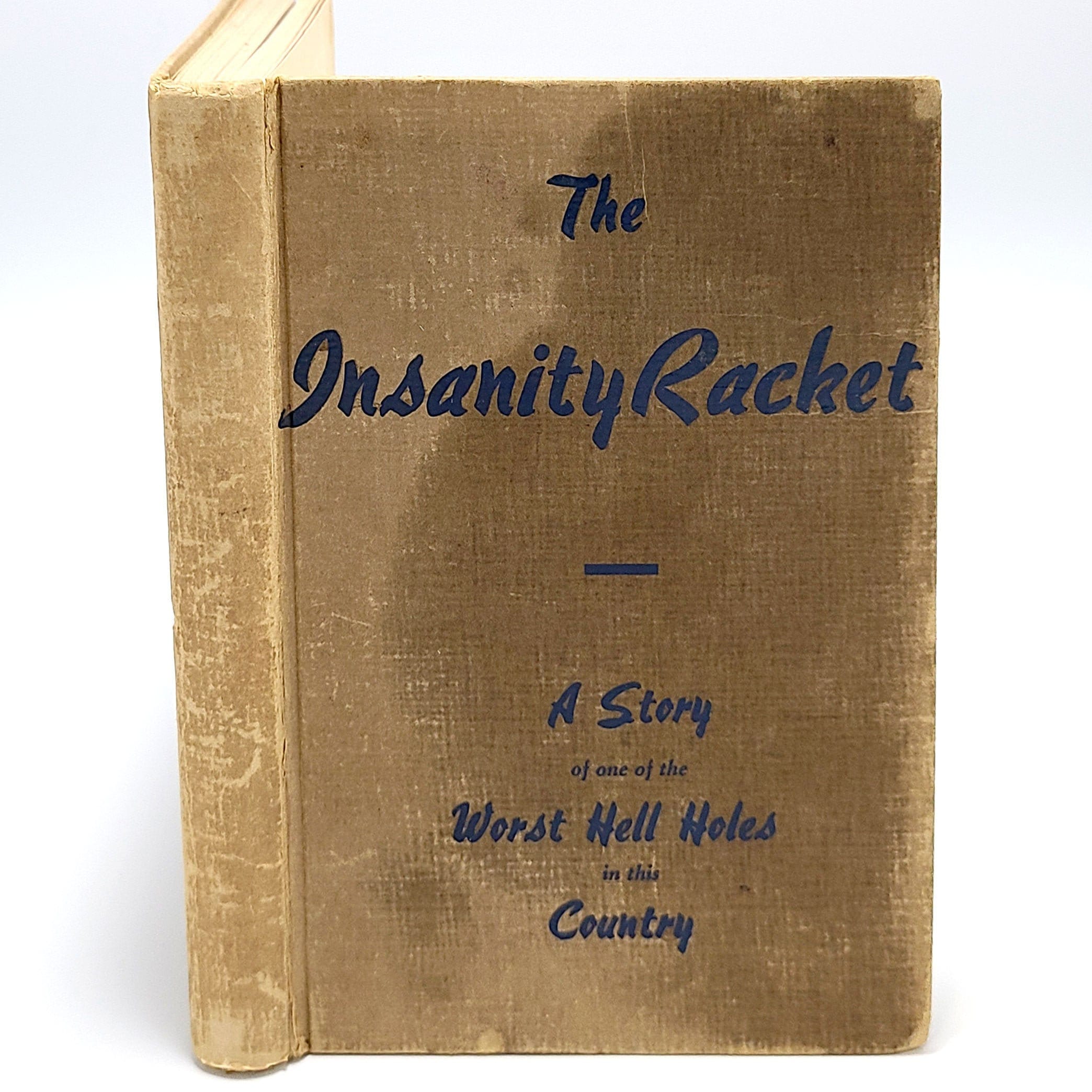 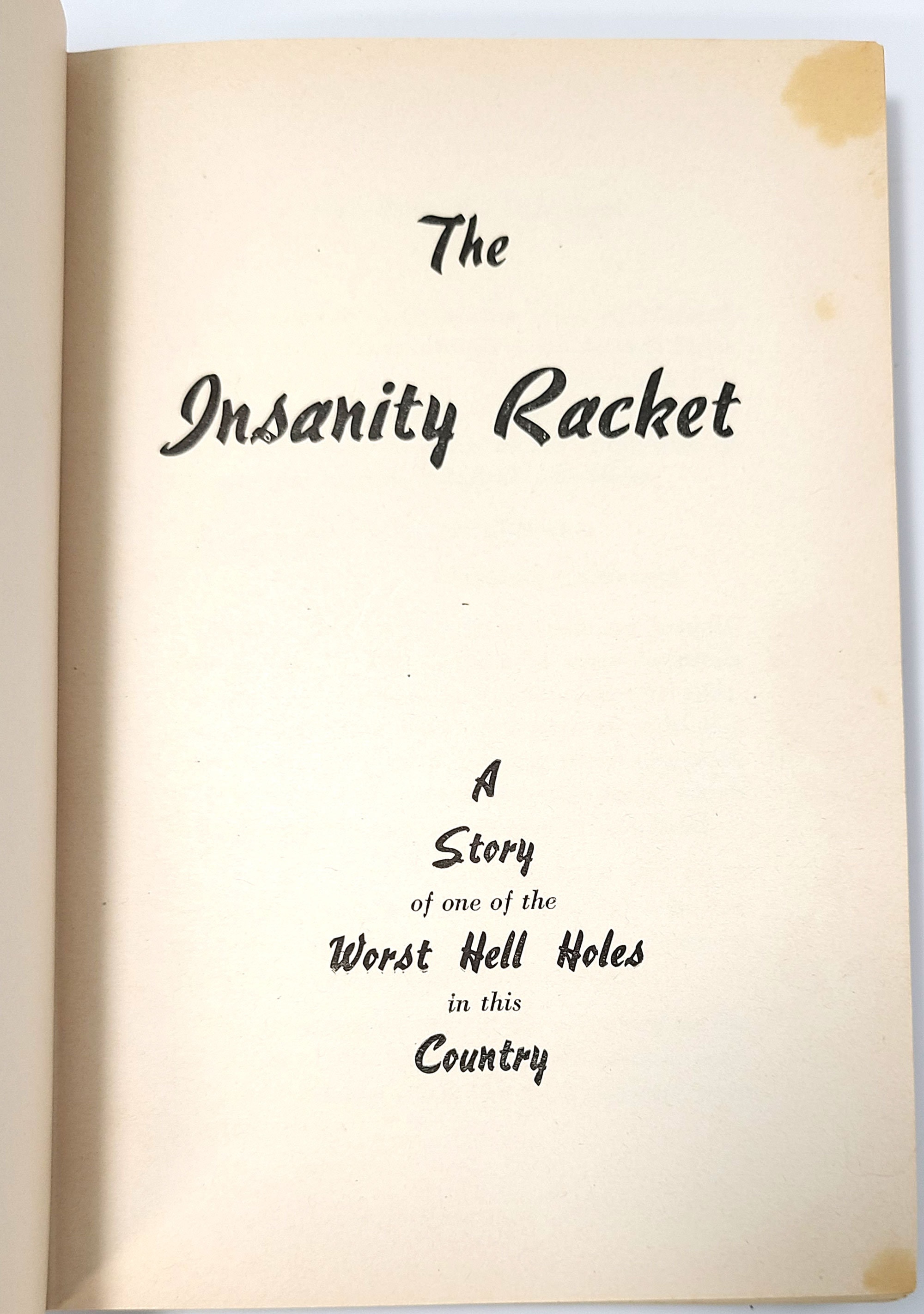 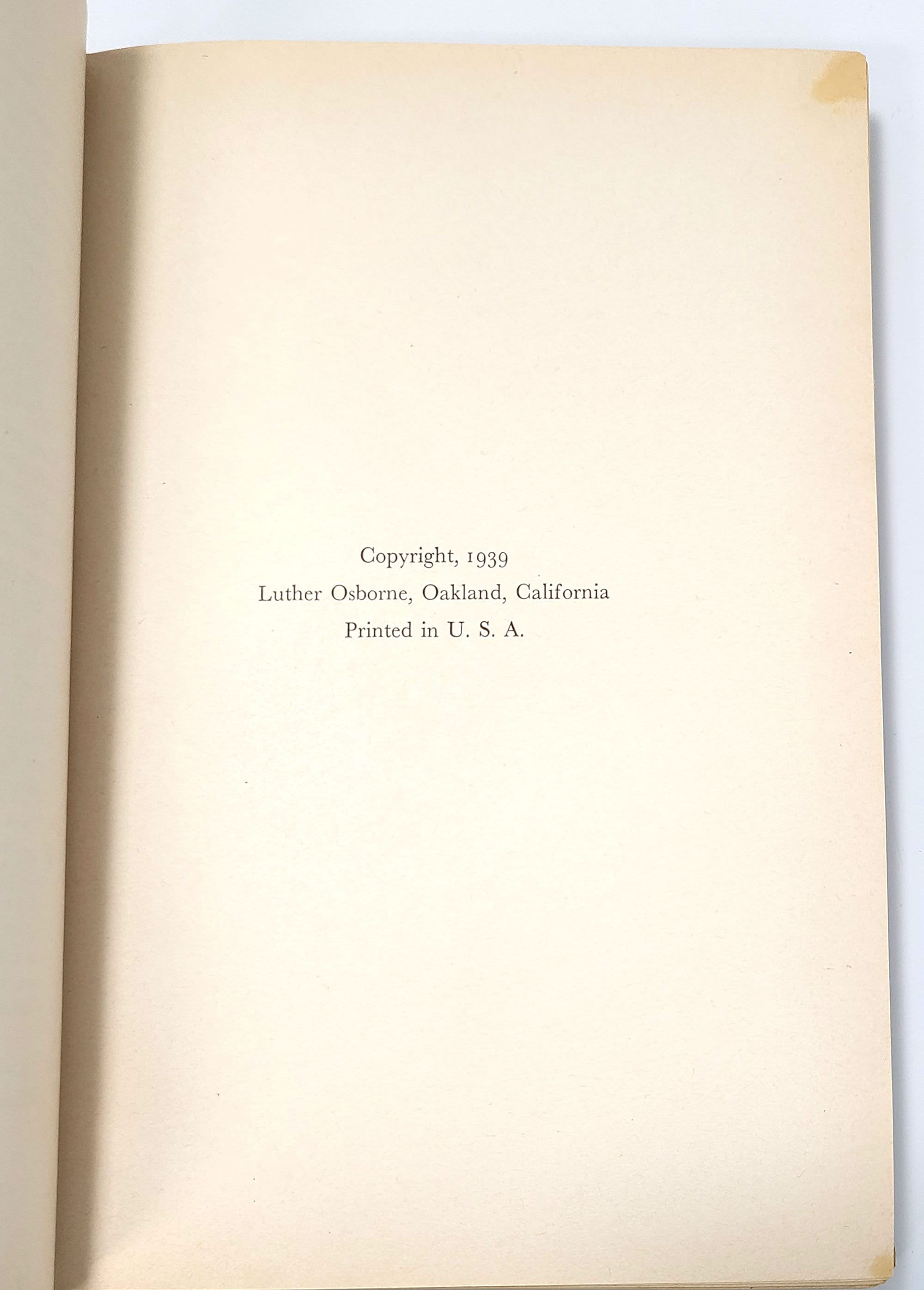 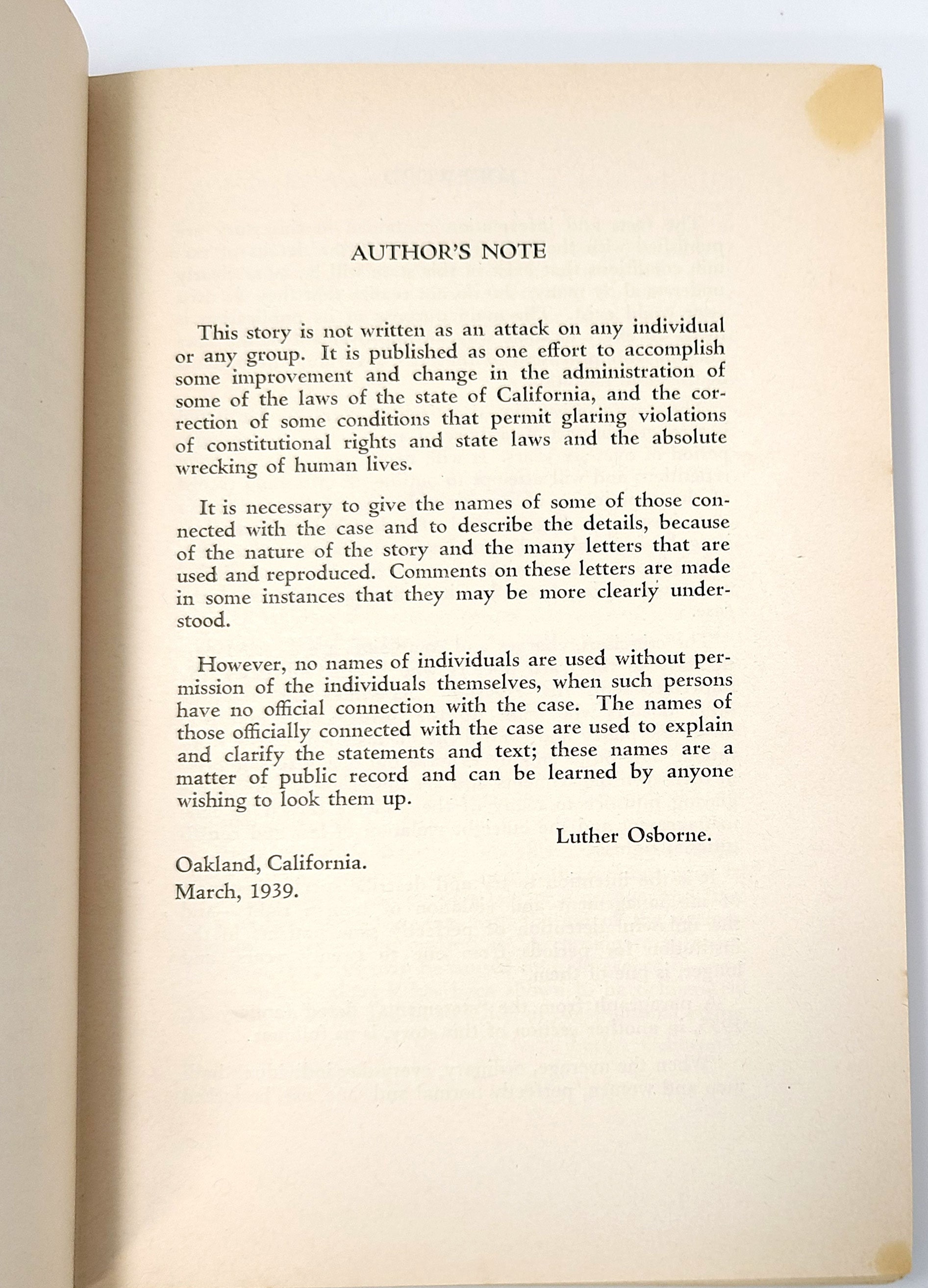 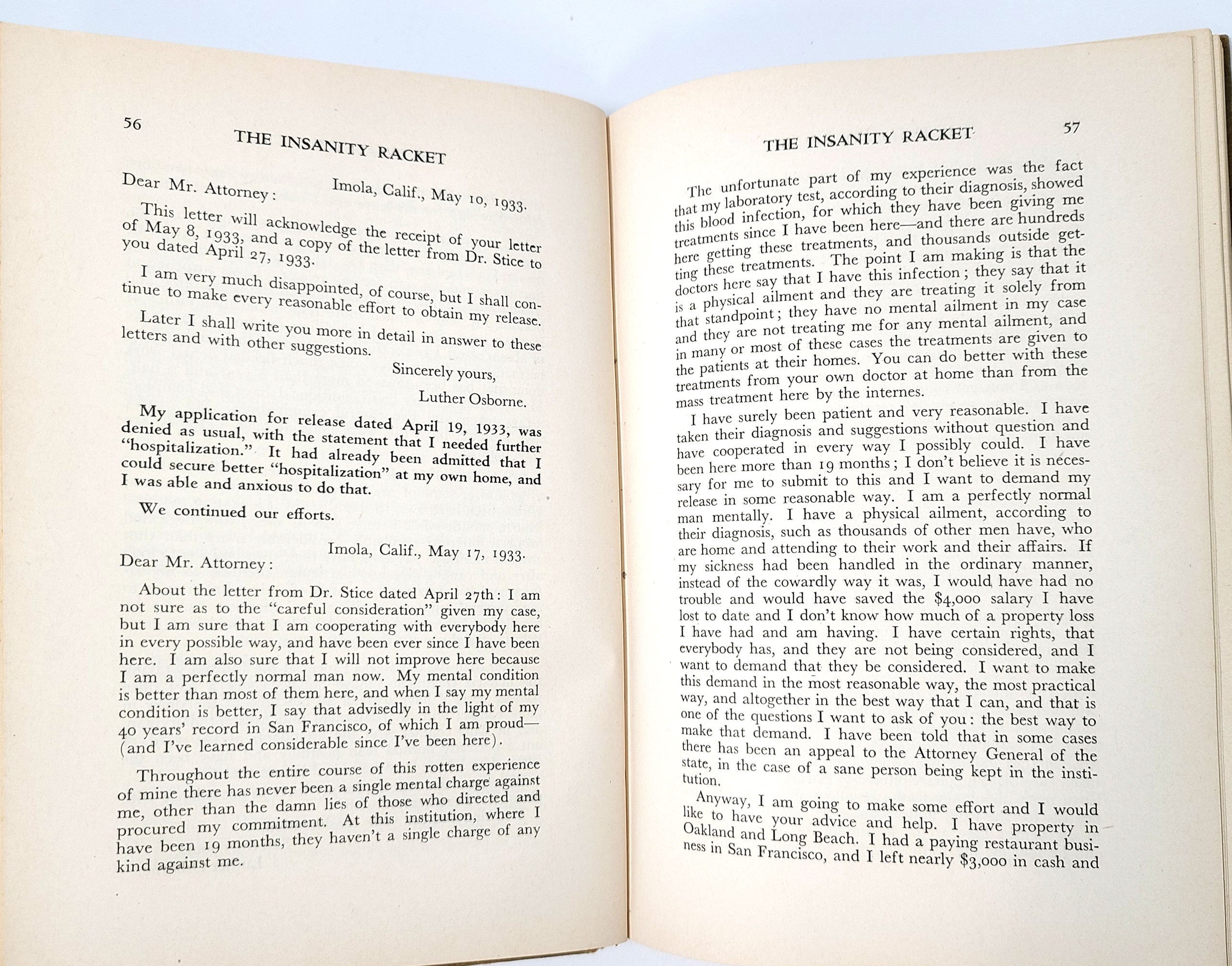 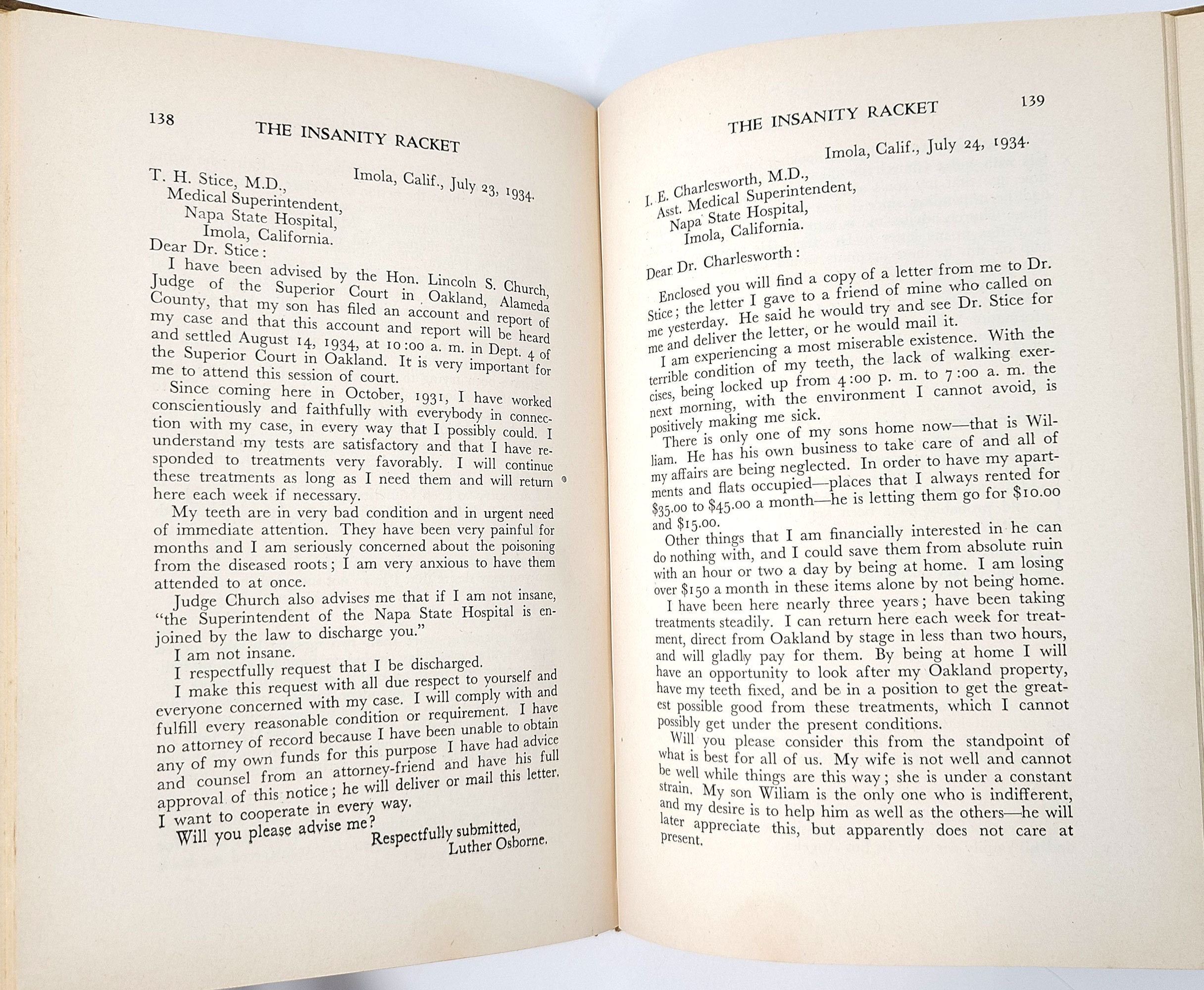 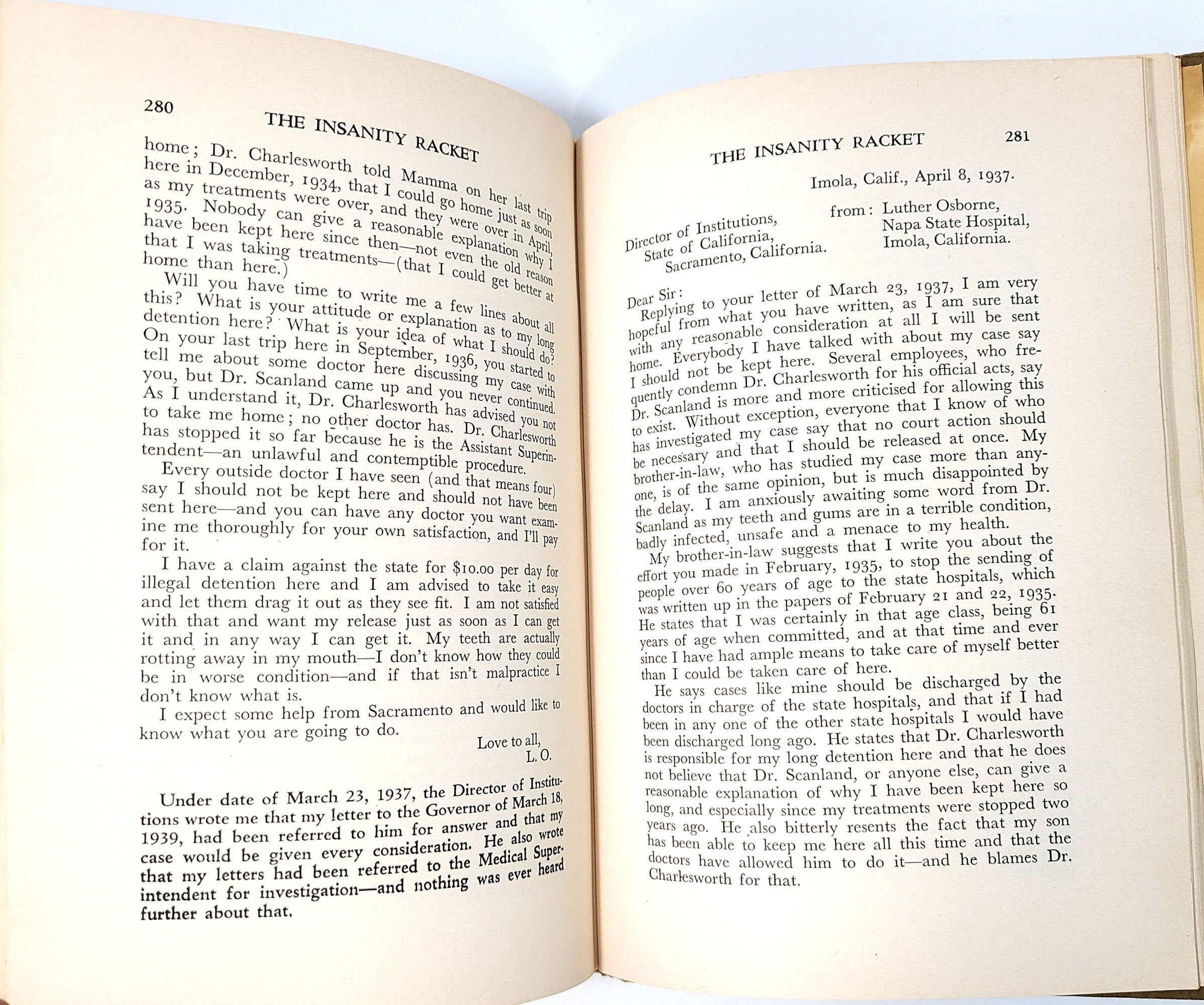 Title: The Insanity Racket: A Story of one of the Worst Hell Holes in this Country

The correspondence of insane asylum patient Luther Osborne, who was a resident of the Napa State Hospital between October 1931 and March 1938. This collection of letters, written by Osborne between 1931 and 1939, are addressed to a variety of individuals, including his attorney, the hospital's Medical Superintendents T. H. Stice and J. M. Scanland, his treating doctors, a Probate Court Judge, California Governor Frank Merriam, former co-workers, friends, his sons William and Ray, and his wife.

Osborne intended the publication of his letters to reveal the conditions in the hospital, the unjust treatment, and the violation of legal codes and basic human rights. He hoped that his work might lead to an improvement in the laws and the administration of the laws governing the patients in state hospitals. Many of his letters revolve around his efforts to secure a leave of absence (to get his teeth fixed), his frustration with the doctors, his unclear diagnosis, bungling over a petition to leave that was granted and then denied, his claims that he has never been insane and that his commitment had been due to misrepresentation and a frame-up.

Luther L. Osborne, Jr. (1872-1960) was born in Minnesota and moved to Oakland, California around 1894. He married, had three sons, and worked for the U.S. Customs Service in San Francisco. In 1912 he was appointed Cashier of Customs for the District and Port of San Francisco, a position which he held until October 5, 1931, when he was arrested on the charge of insanity. While at the hospital, he was treated by Dr. Irving E. Charlesworth.

The original owner of this copy was a hospital attendant at the NSH during the entire time Osborne was there. John Rufus Morgan (1900-1976) worked there, at minimum, between April 1930 and February 1942 [according to the 1930 & 1940 US Censuses and his WWII draft card]. The Napa State Hospital at Imola is California's oldest psychiatric hospital. It was established in 1875 and is located along the Napa Vallejo Highway.