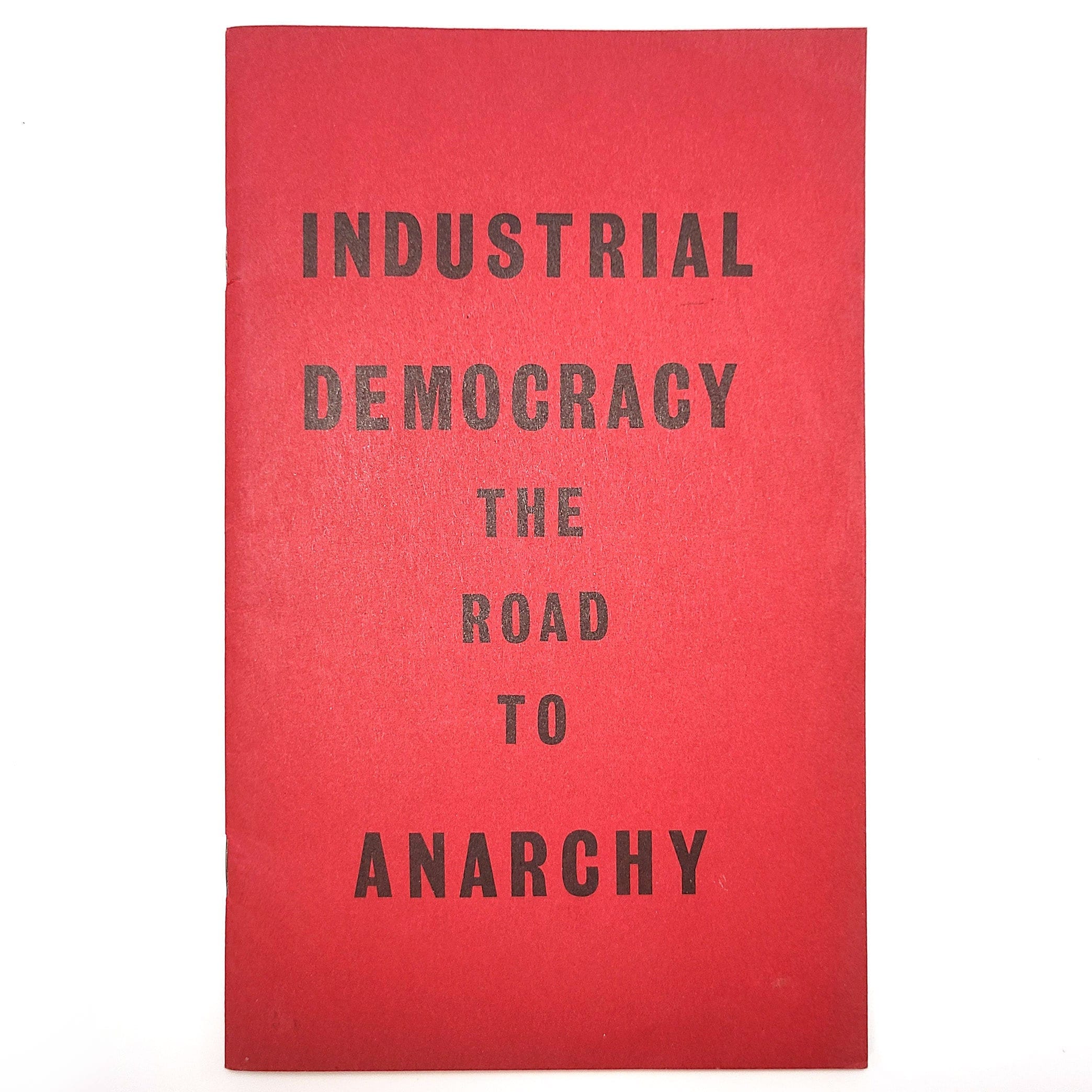 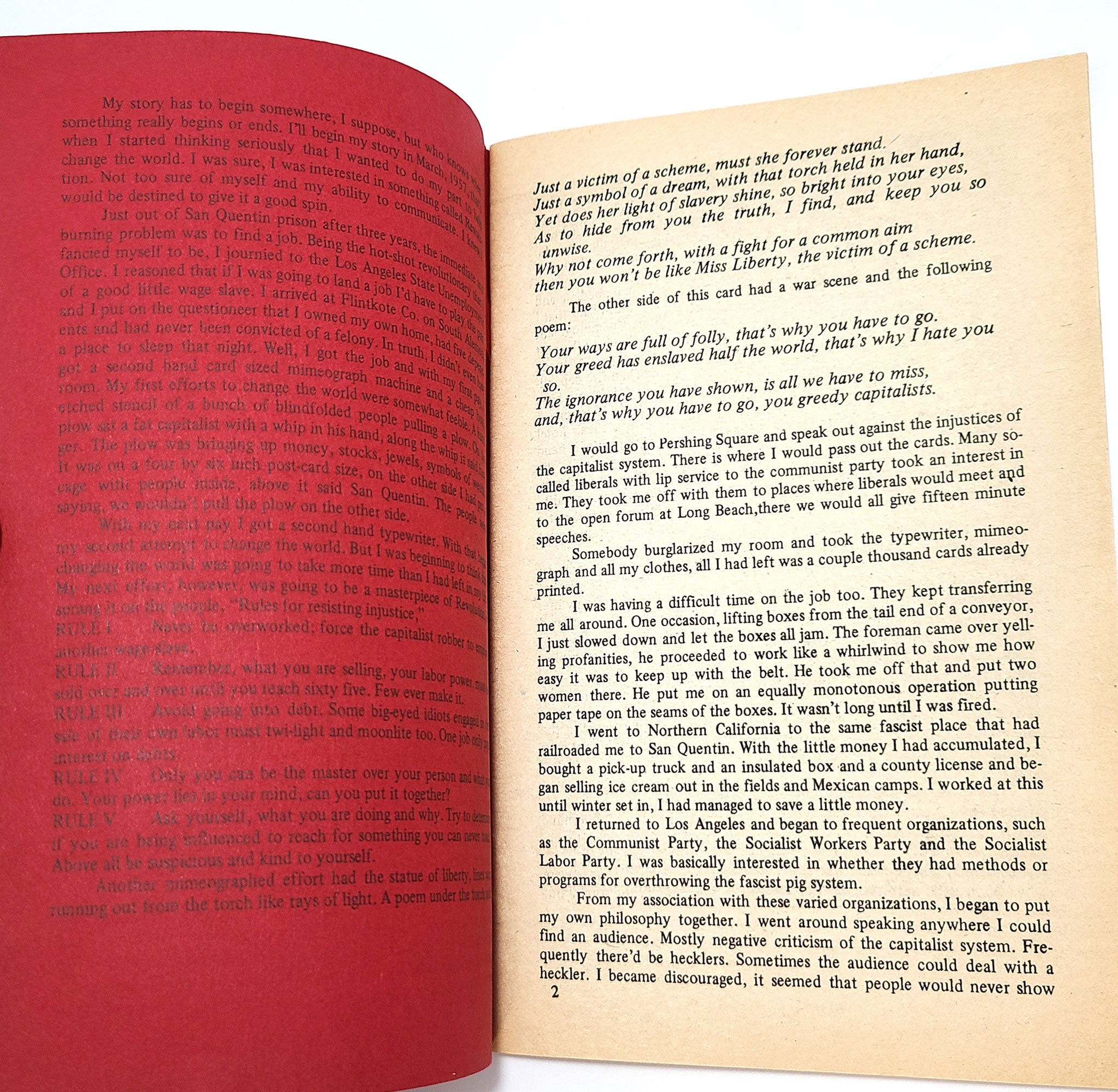 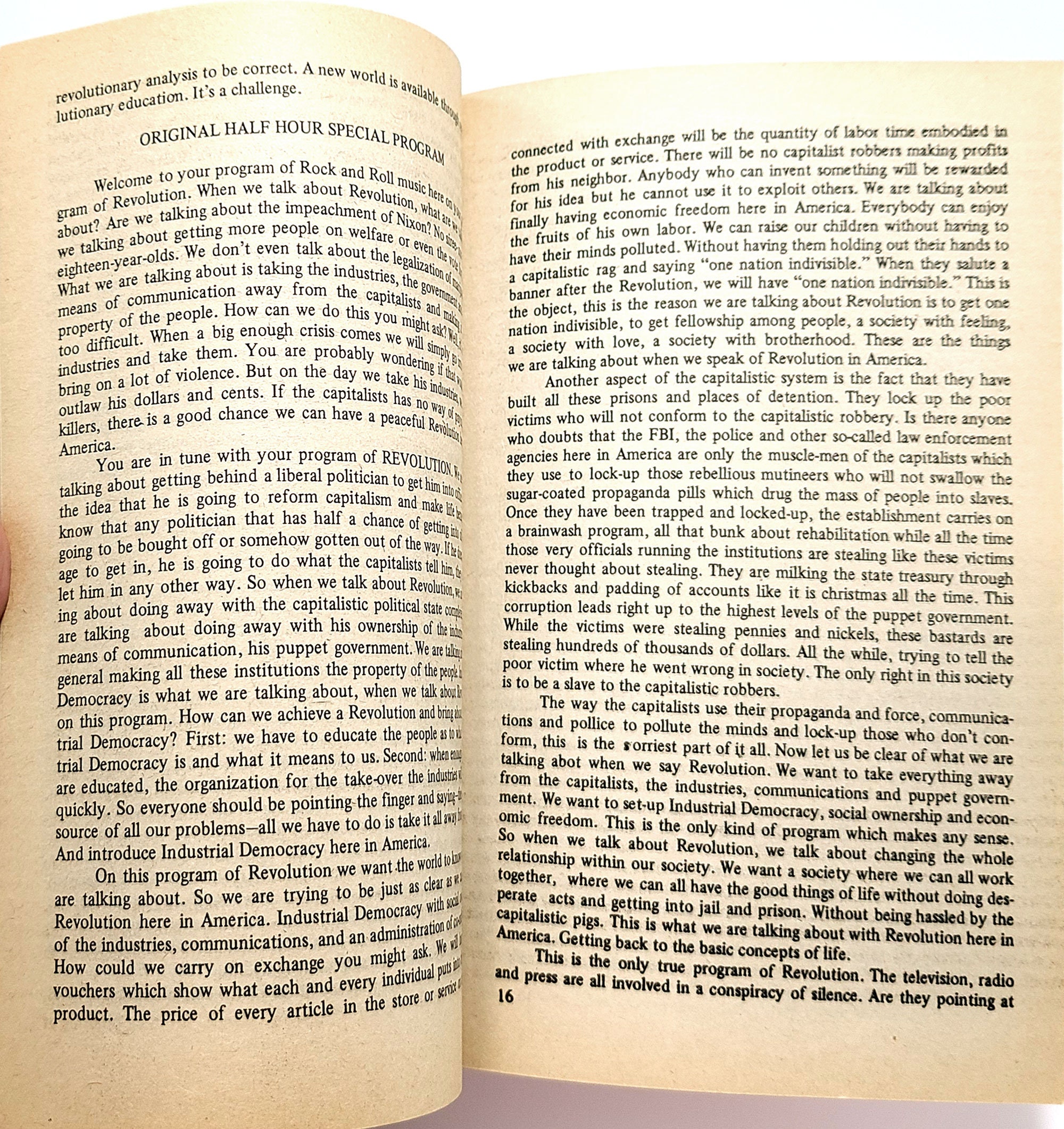 Collection of political-autobiographical writings by "John," a California radical socialist active in the 1970's. The volume opens with a personal narrative, which includes his spending three years San Quentin in the 1950's and then developing an interest in revolutionary change. He moved to Los Angeles and associated with the Communist Party, the Socialist Workers Party, and the Socialist Labor Party, and began formulating his own philosophy. In 1972, after a dalliance with the hippies, drugs, running a sex-motel in Studio City, and living south of the border in Guadalajara and Tijuana, he began recording revolutionary speeches on cassette tapes accompanied by music. He distributed these and notes his specific success with high school students (he appears to have been active around Stockton and San Diego (Chula Vista, Imperial Beach).

The bulk of the material included herein appears to be John's transcripts of these recordings along with some short essays. He covers the goals of revolution (industrial democracy, i.e. social control of the industrial complex), education for revolution, the mental poverty of complacency, student activism, more of his personal narrative, and various aspects of life in California and the struggle against capitalism as the source of poverty, war, pollution, racism, inflation, and unemployment.