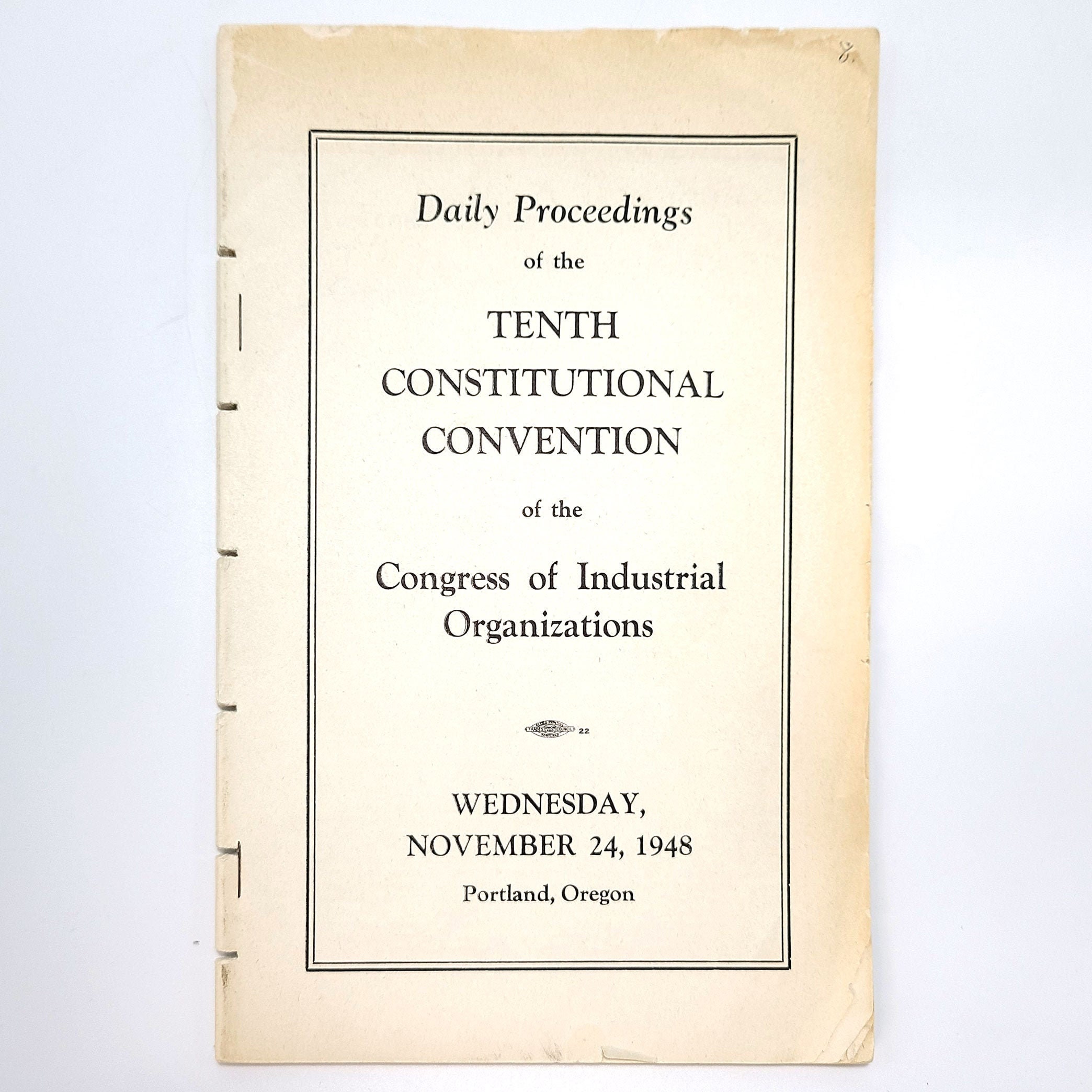 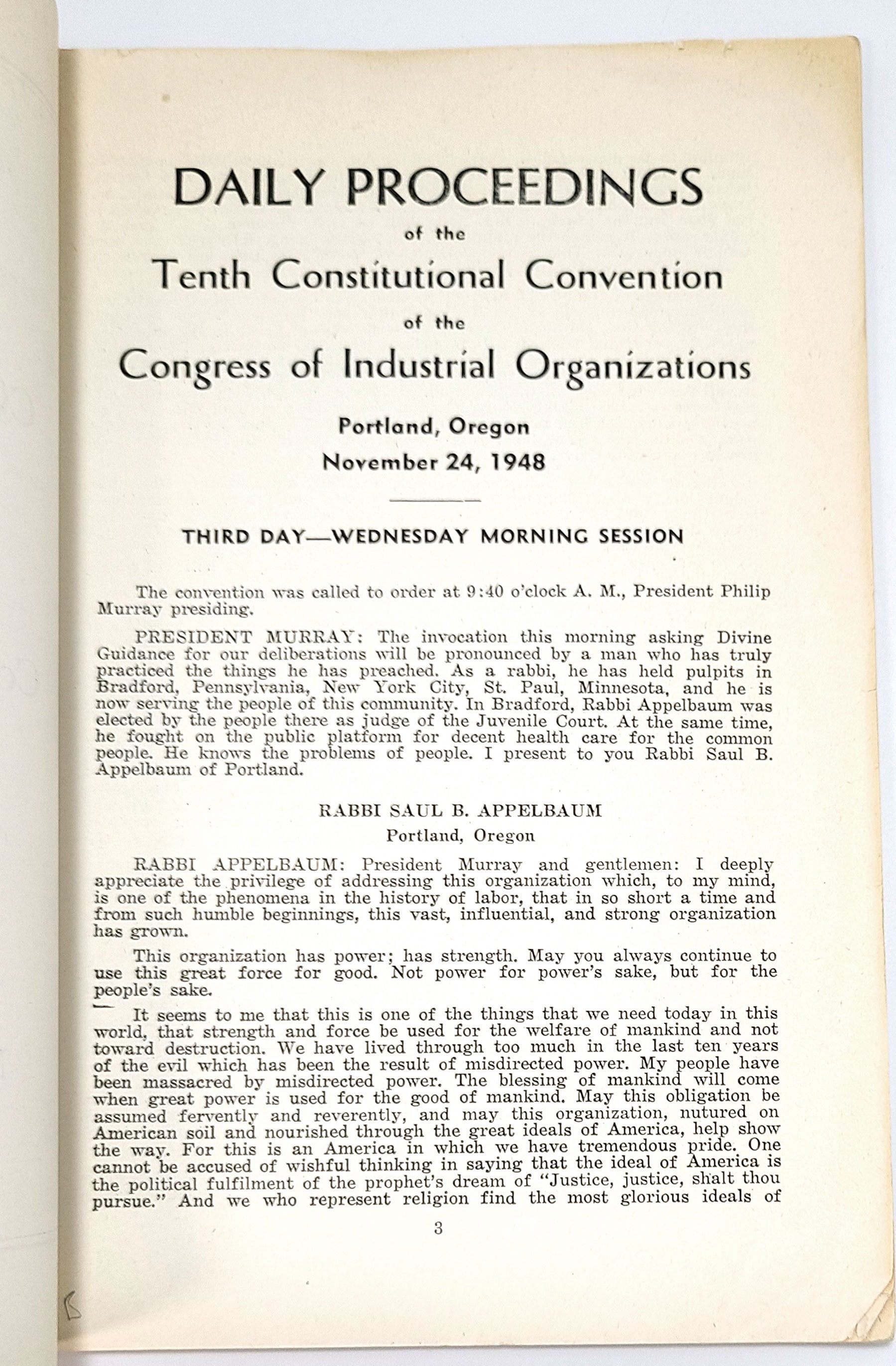 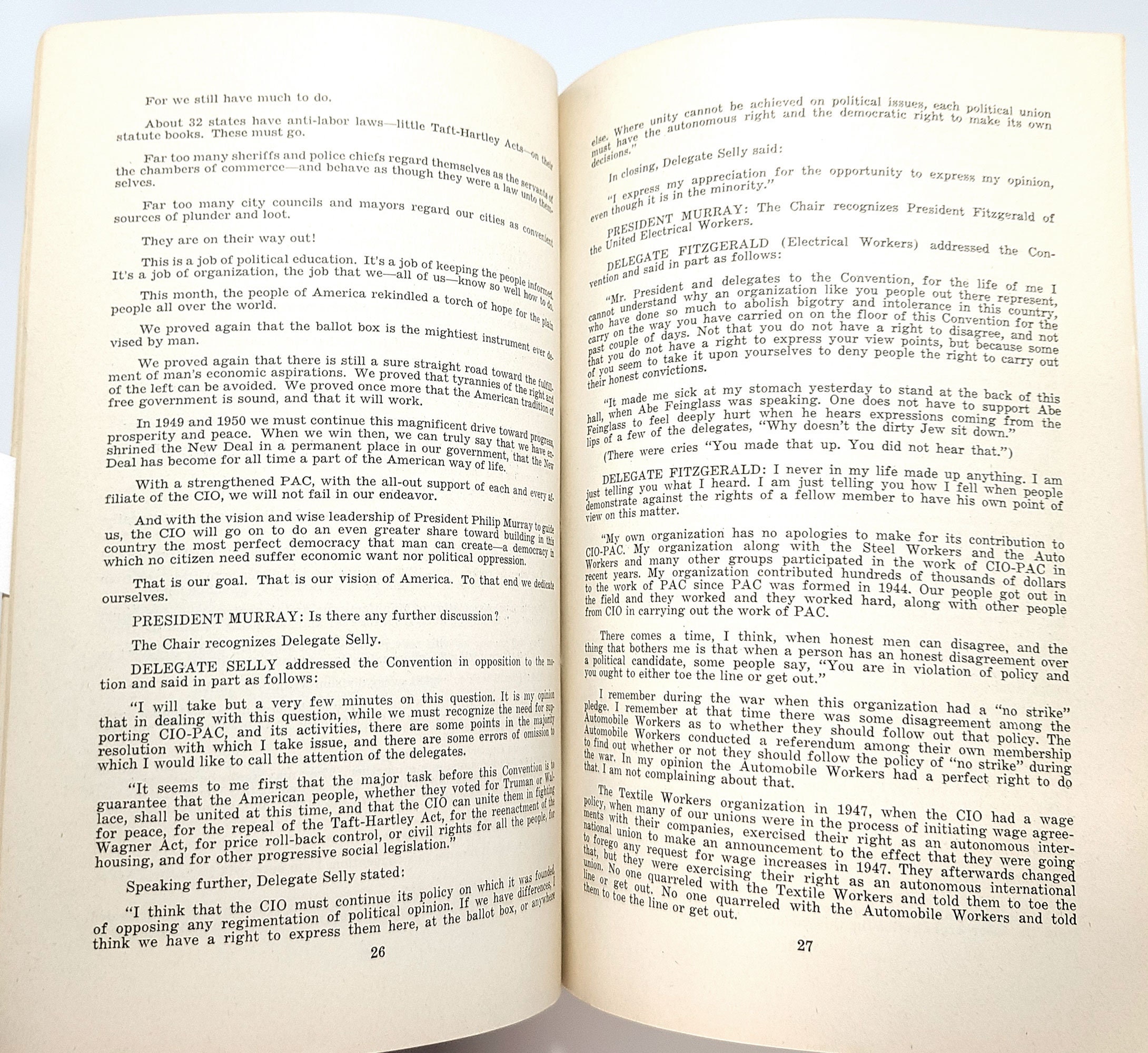 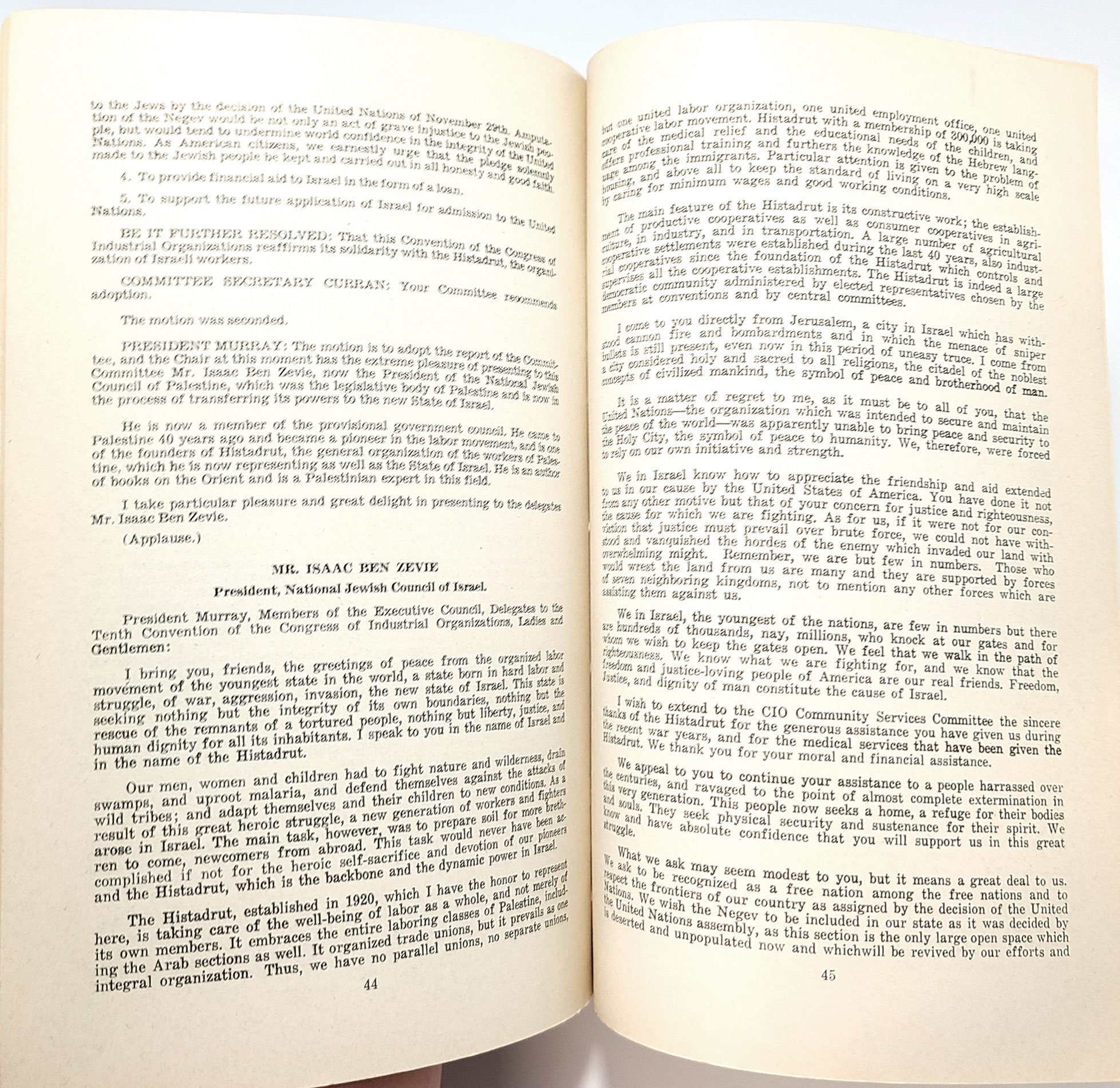 Description: Staple-bound in wraps. Some edge-chipping (mostly to front cover). Interior is clean. 60 pp. 9 x 6 inches. Transcript for the speeches and resolutions made on Day 3 of the CIO's National Convention, held in Portland, Oregon, November 22-26, 1948.


Several resolutions are introduced and moved to adoption. These resolutions regard support of unions engaged in collective bargaining and in strikes; the CIOs direction of activity in the World Federation of Trade Unions; the CIO's Political Action Committee; support for and further political recognition of the newly declared (May 1948) state of Israel and the ending of the embargoes against it; civil rights and protection of democracy (opposing racial discrimination, the Taft-Hartley and HUAC); support of the Maritime Strike that began on September 2, 1948; Farmer-Labor Unity; opposition to inflation and calling for price controls; support for progressive tax policy; minimum wage and overtime extensions to the Fair Labor Standards Act; and support for the Walsh-Healey Contracts Act.