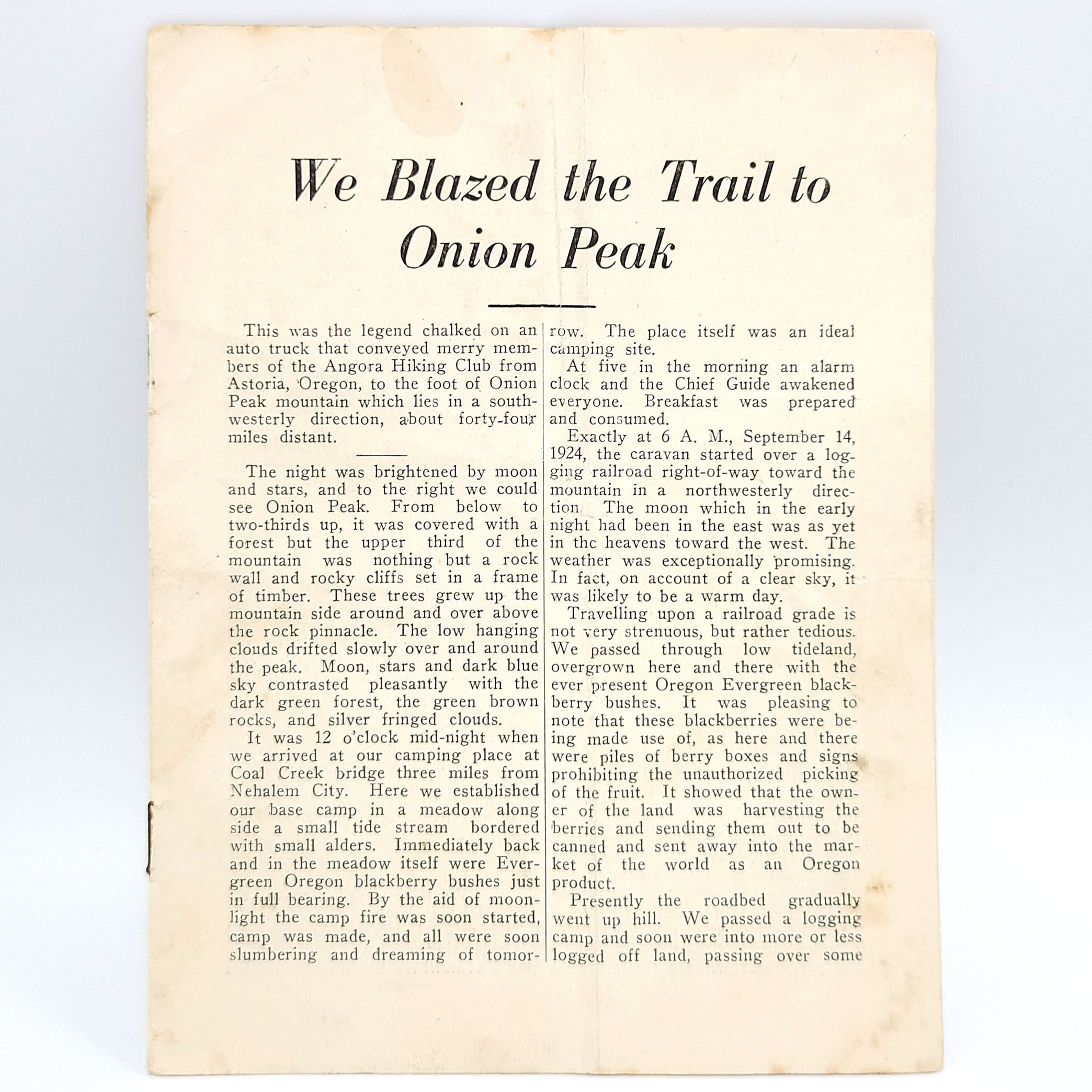 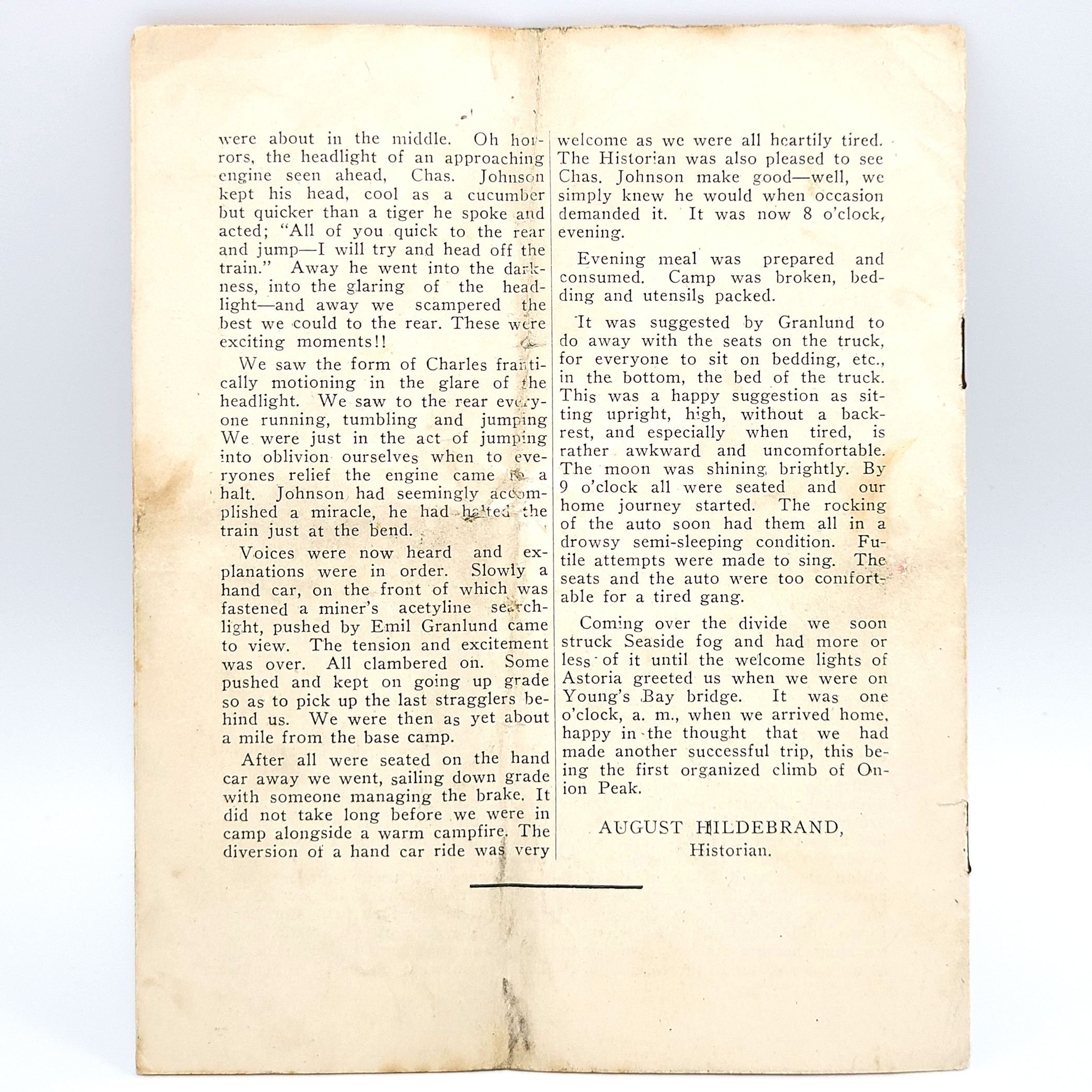 Title: We Blazed the Trail to Onion Peak

A colorfully descriptive account of an expedition taken by the Angora Hiking Club on September 13-14, 1924. They departed from Astoria and ascended Onion Peak, one of the highest peaks in Clatsop County, located just a few miles out from Nehalem Bay. A roll call of the hikers was made at the ascent and recorded herein. This hike was led by John Berry, Charles Johnson, and Emil Granlund. The Angora Hiking Club was founded in 1920 and is still active today. This account was written by the club historian, August Hildebrand.

August Hildebrand (1869-1959) was born in Germany and immigrated to the United States in 1884. He was a longtime resident of Astoria, the owner of Hildebrand's furniture/department store (which opened in 1905), and served as the Astoria parks commissioner.