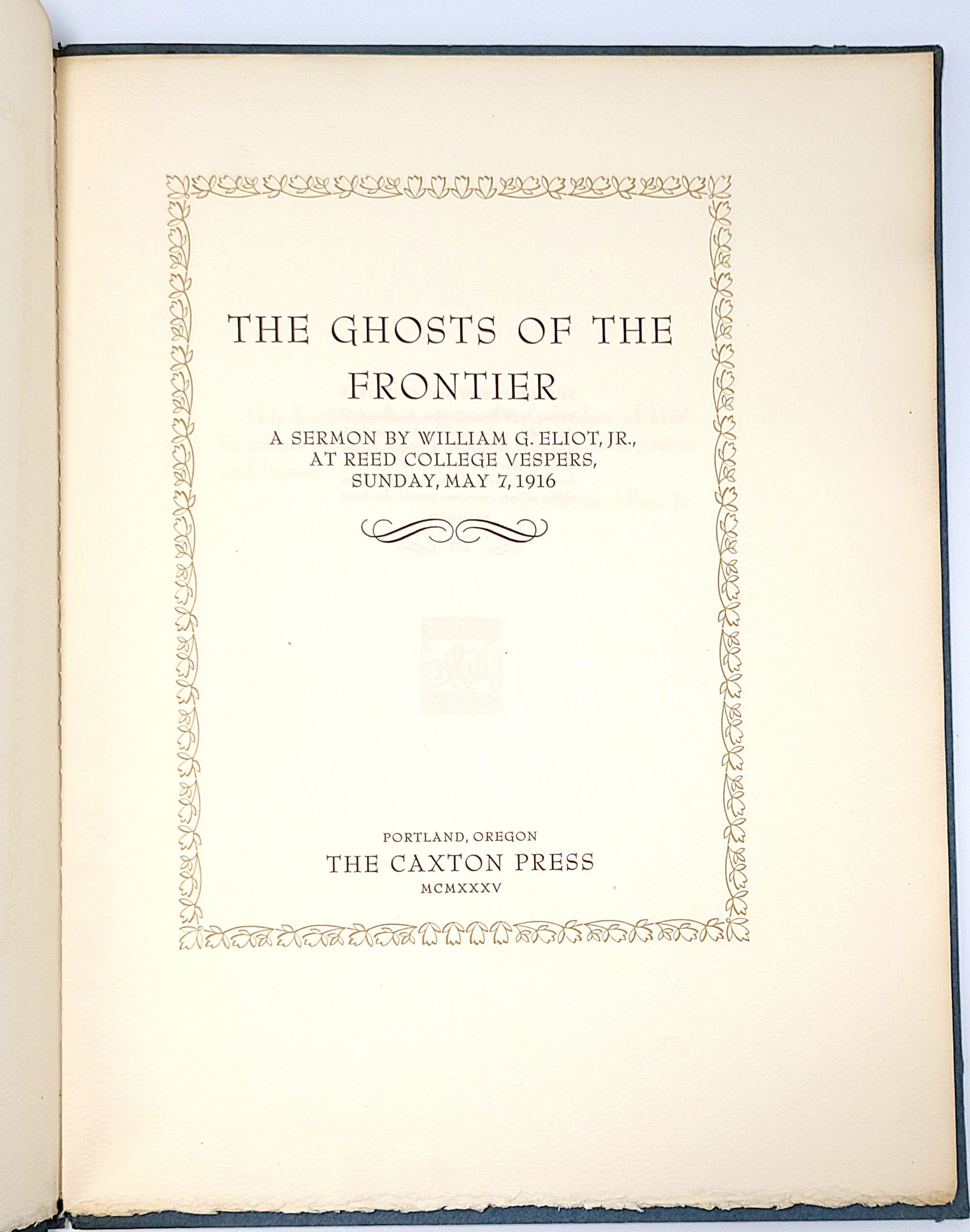 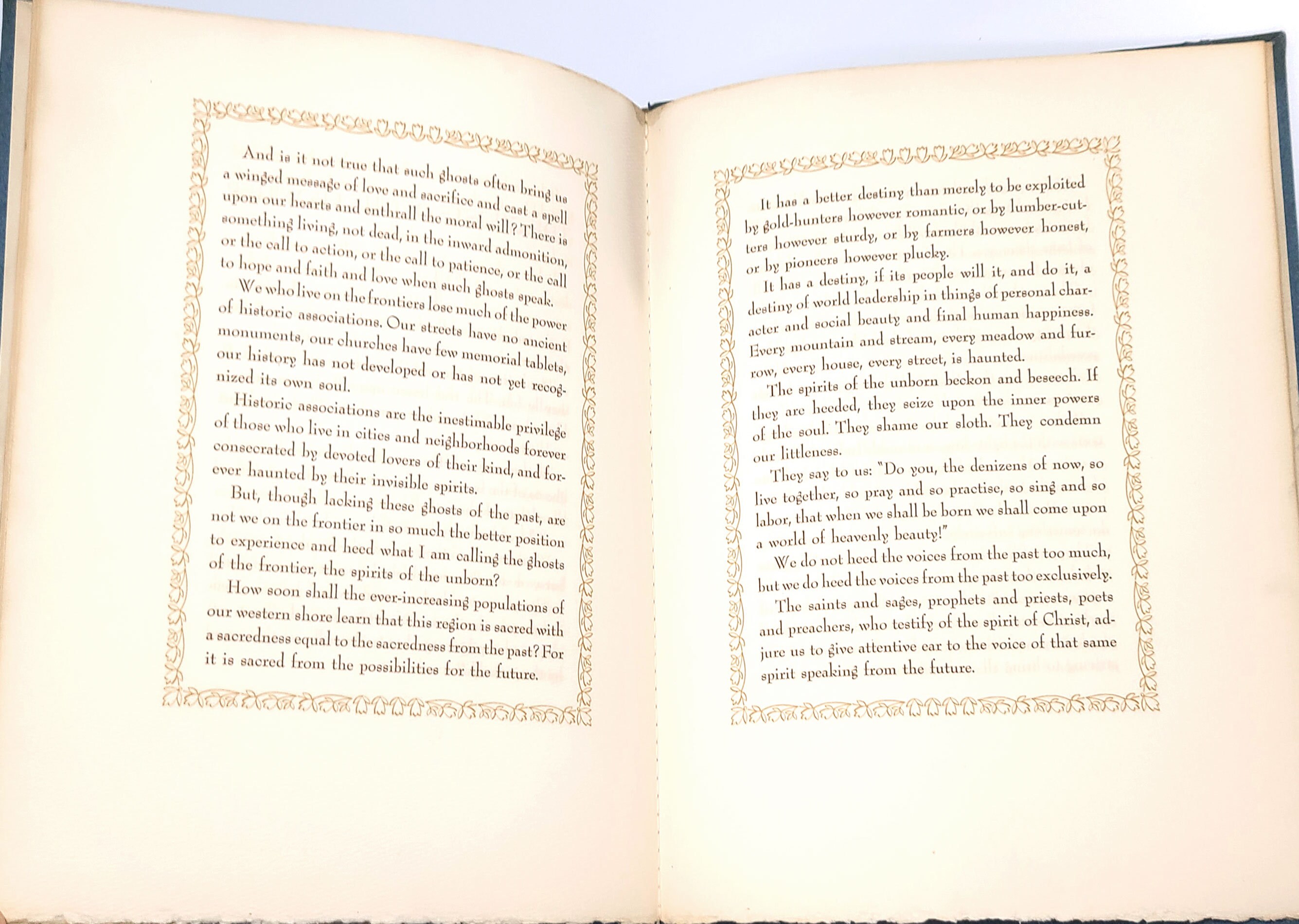 Title: The Ghosts of the Frontier: a Sermon by William G. Eliot, Jr., at Reed College Vespers, Sunday, May 7, 1916

Description: Edition of 40 numbered copies [15/40], printed from hand-set types at the Caxton Press, being the private press of G. Martin Allen, Jr. Blue paper boards with black lettering on the front cover. Some toning/soiling in the margins of boards; break in the paper on the spine about an inch from the top; tips of a couple corners exposed; slight curl to boards. Interior is unmarked. [22] pp. 12 x 9 inches. Three copies noted on OCLC (Reed College, Univ. of Oregon, California Historical Society).

William G. Eliot, Jr.'s sermon, delivered at Reed College in 1916, reflects on what he calls the "ghosts of the frontier," i.e. the ghosts of the unborn generations to come who will inherit what has been laid by those who have come before. These are the other eyes that "will look upon the evening glow of Hood and Saint Helens; others yet unborn will sail upon the Columbia and Willamette; others will till the fields, hew the forests... will make the population and life of our city and of our Western Coast... that there is a frontier, a haunted, a sacred frontier, where ever in all the world there is a human need."

Privately printed by G. Martin Allen, Jr. (1910-1989). He and his father worked together in their commercial Portland printing firm, George. M. Allen & Son. The Allens were an old Portland Unitarian family; William G. Eliot had been their longtime friend and pastor.