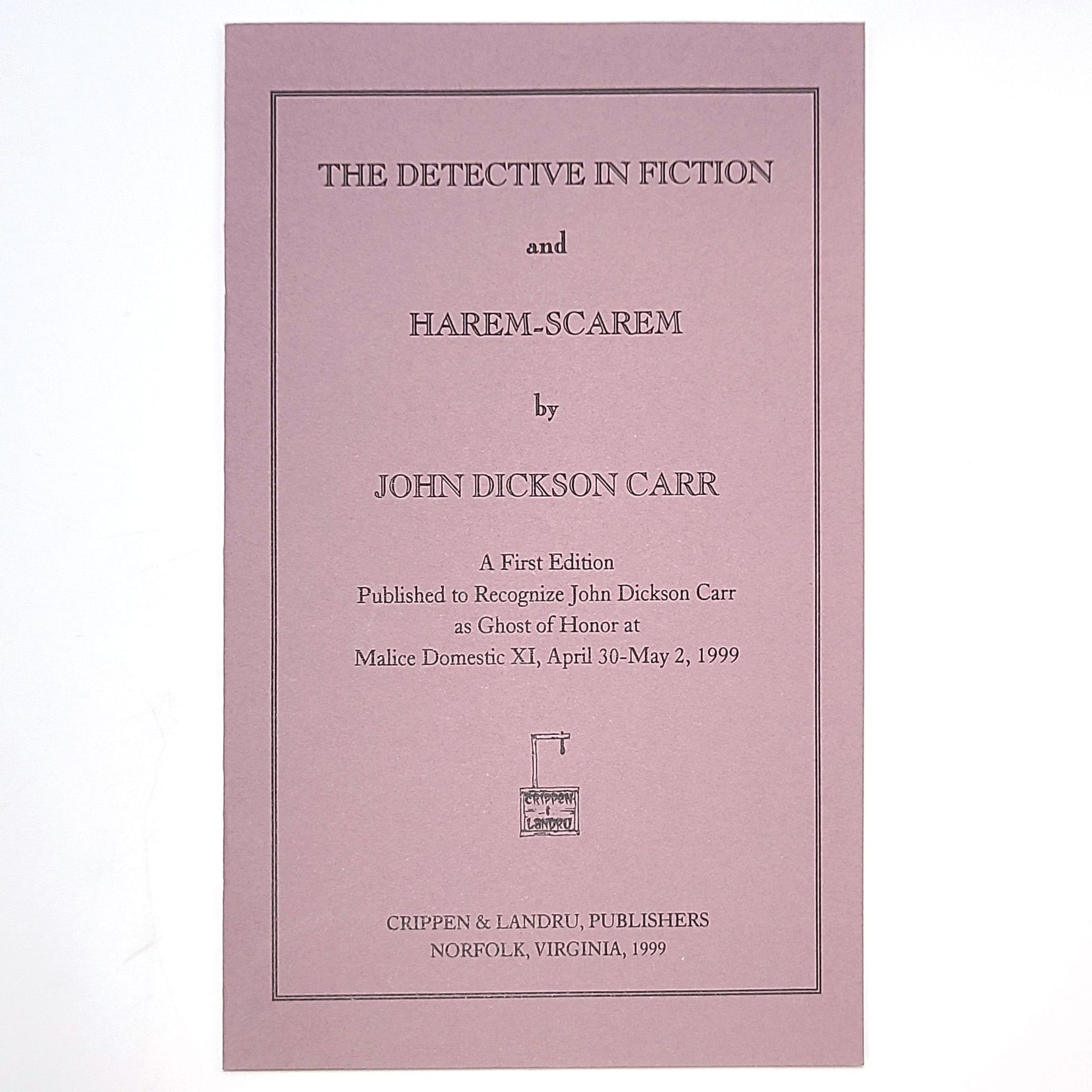 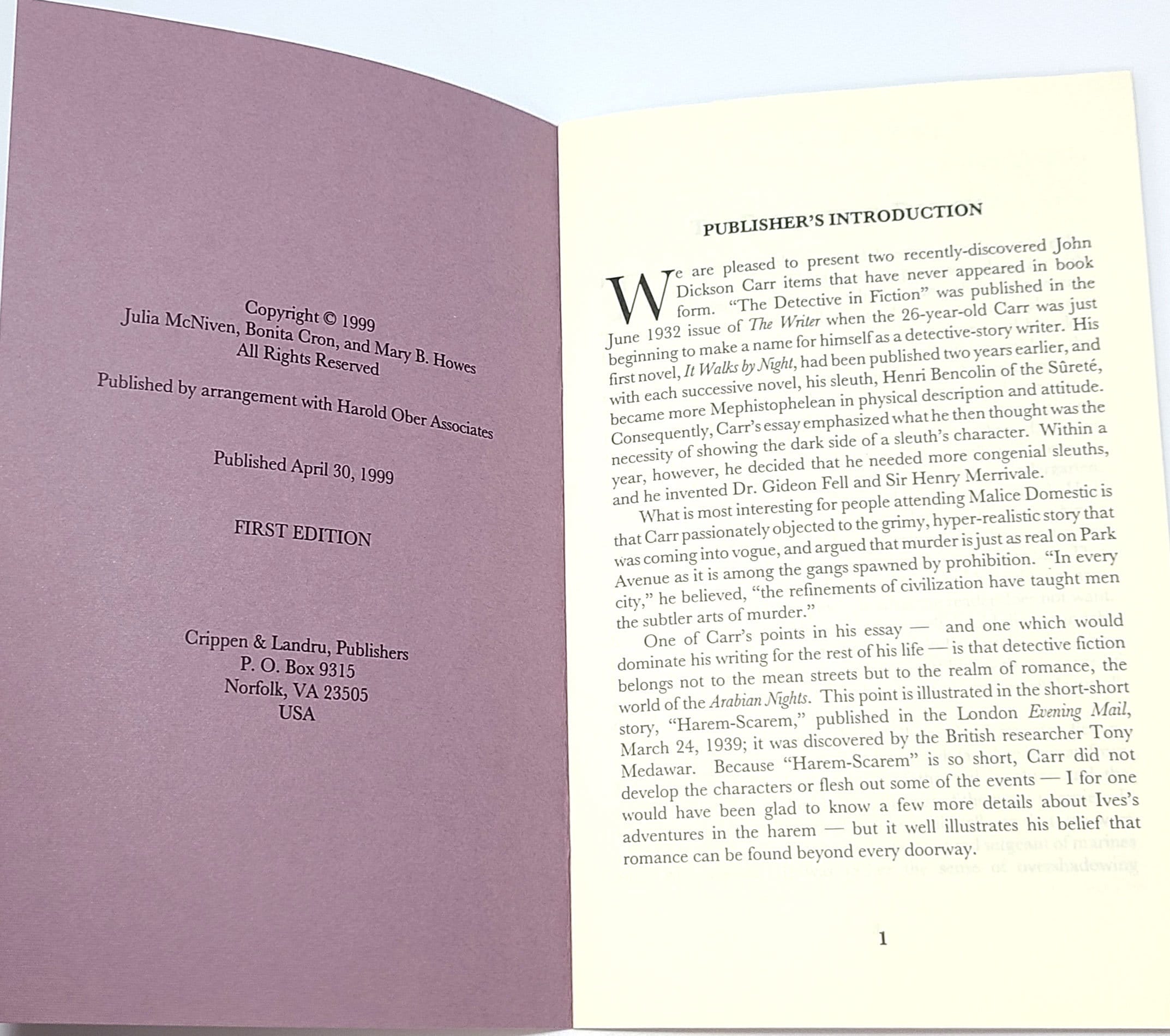 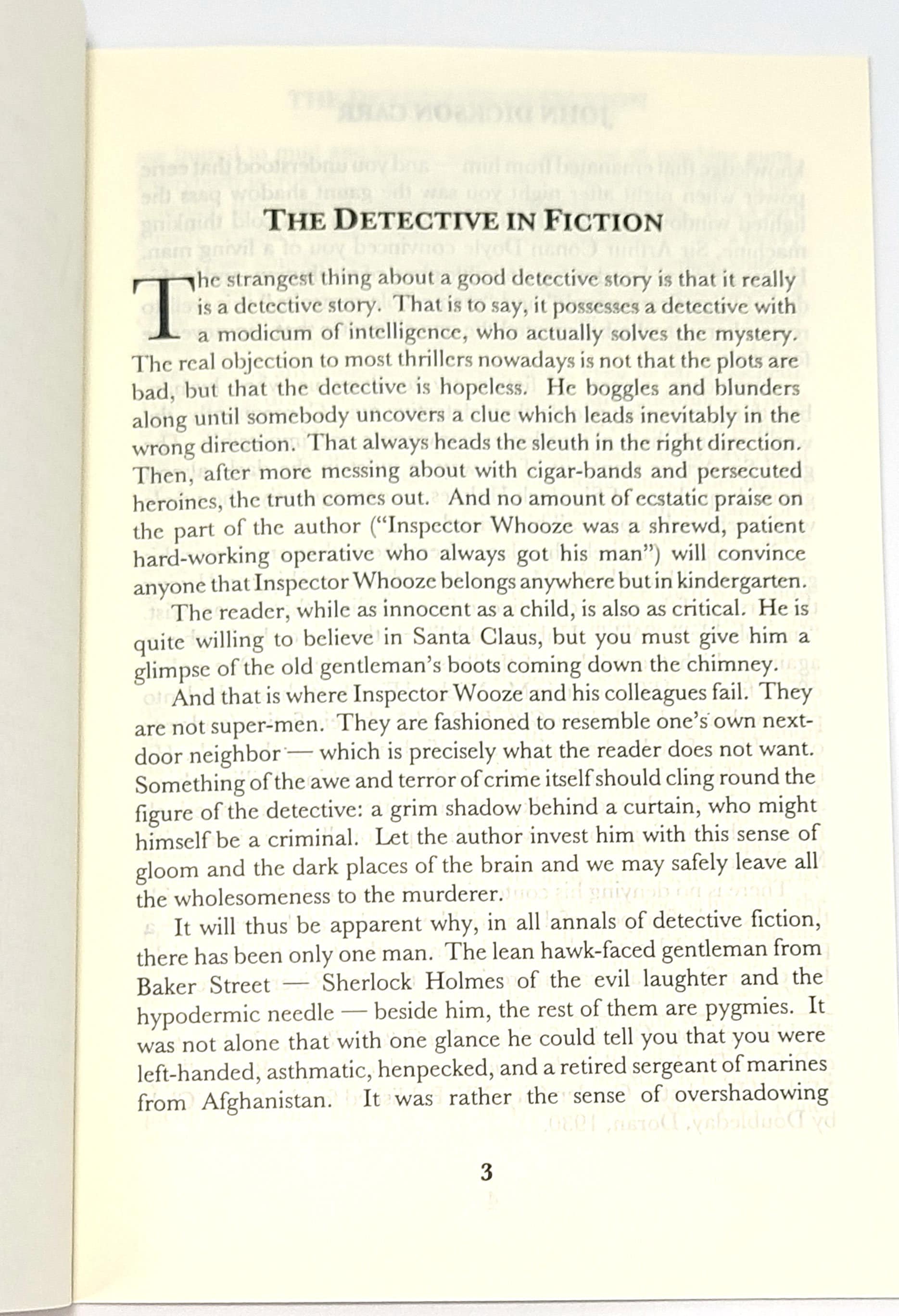 Title: The Detective in Fiction and Harem-Scarem

Two recently discovered John Dickson Carr items that had never appeared in book form. "The Detective in Fiction" was published in the June 1932 issue of The Writer, just when the 26-year-old Carr was beginning to make a name for himself. "Harem-Scarem" was published in the London Evening Mail on March 24, 1939, later discovered by British researcher Tony Medawar.

Published to Recognize John Dickson Carr as Ghost of Honor at the Malice Domestic XI convention, April 30-May 2, 1999.