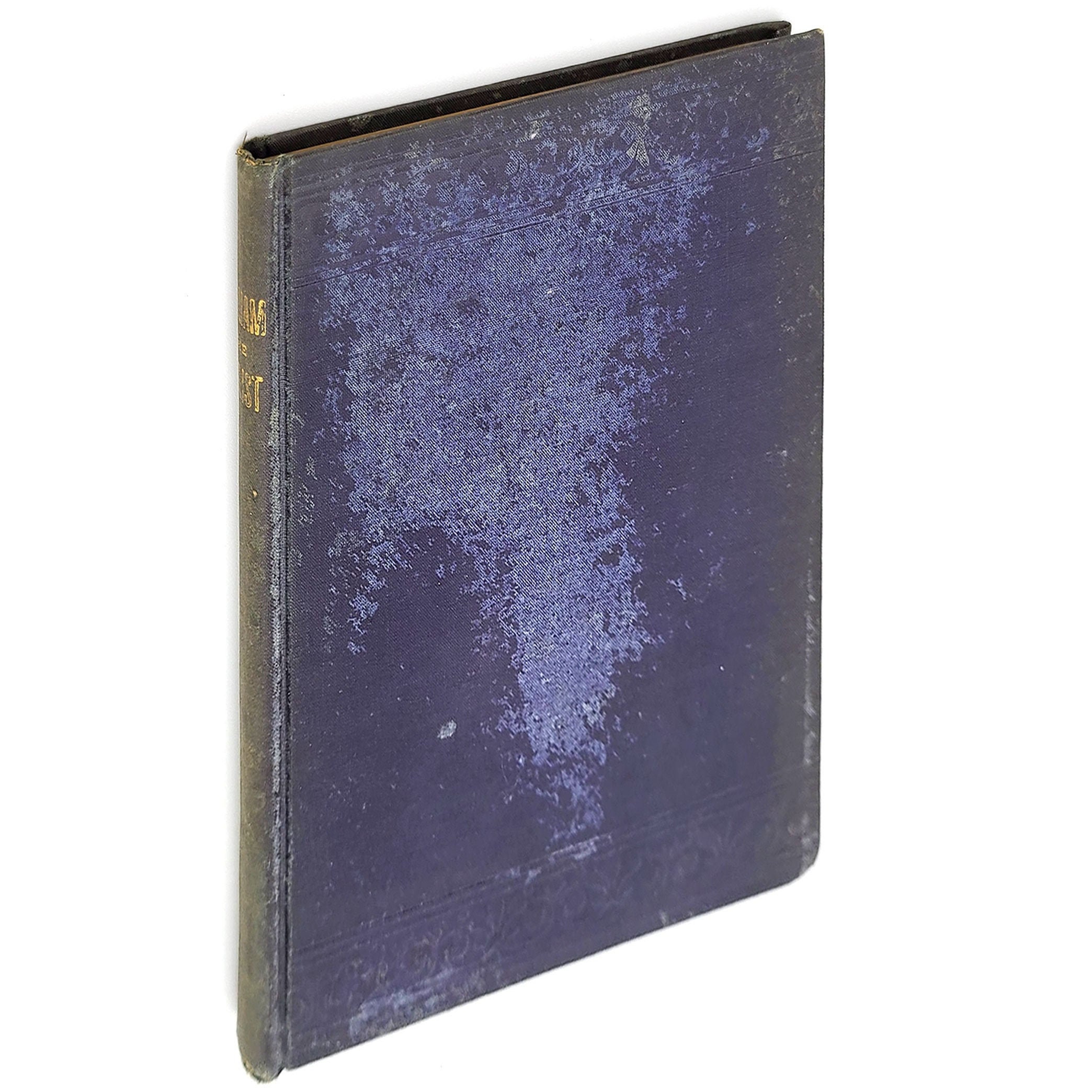 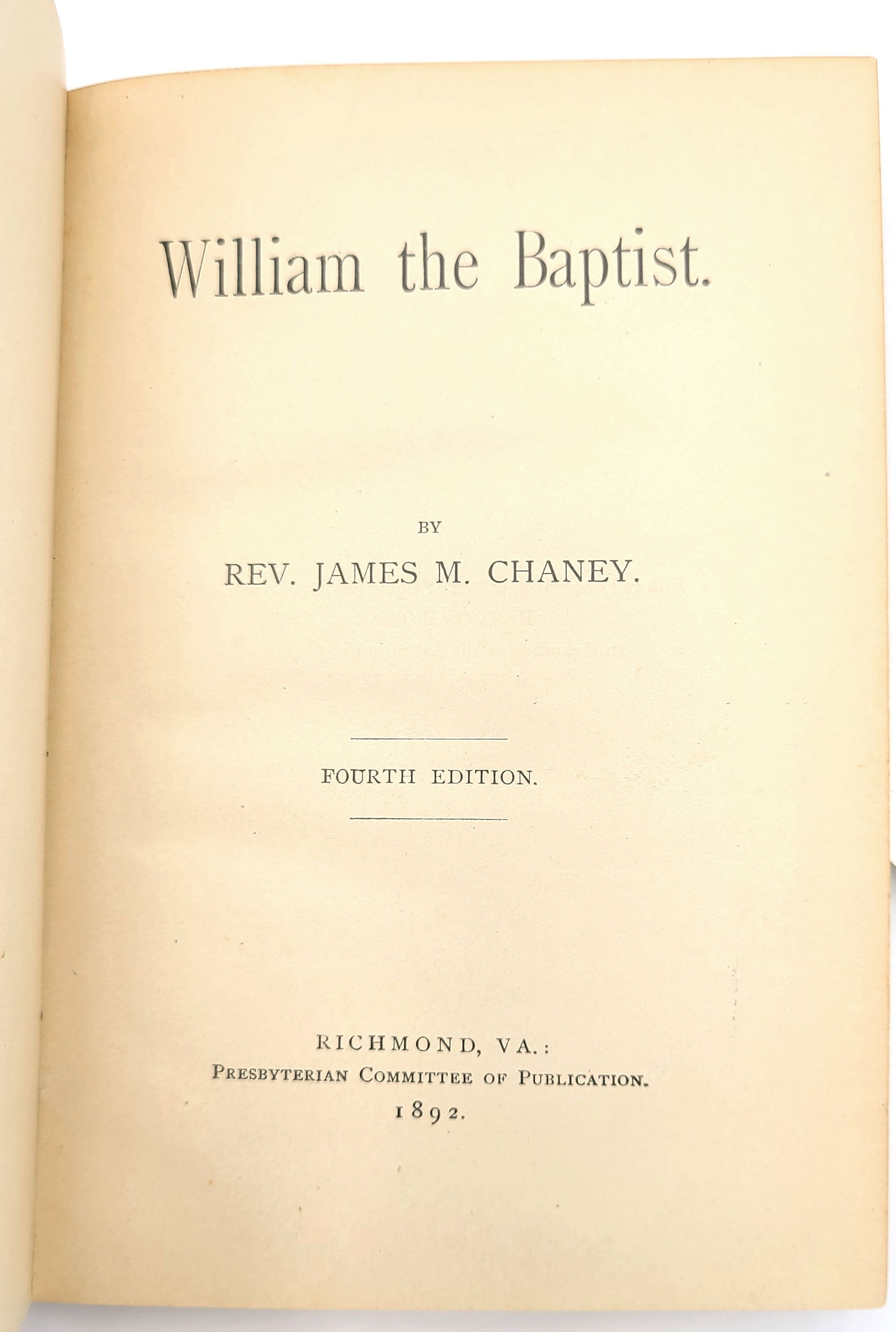 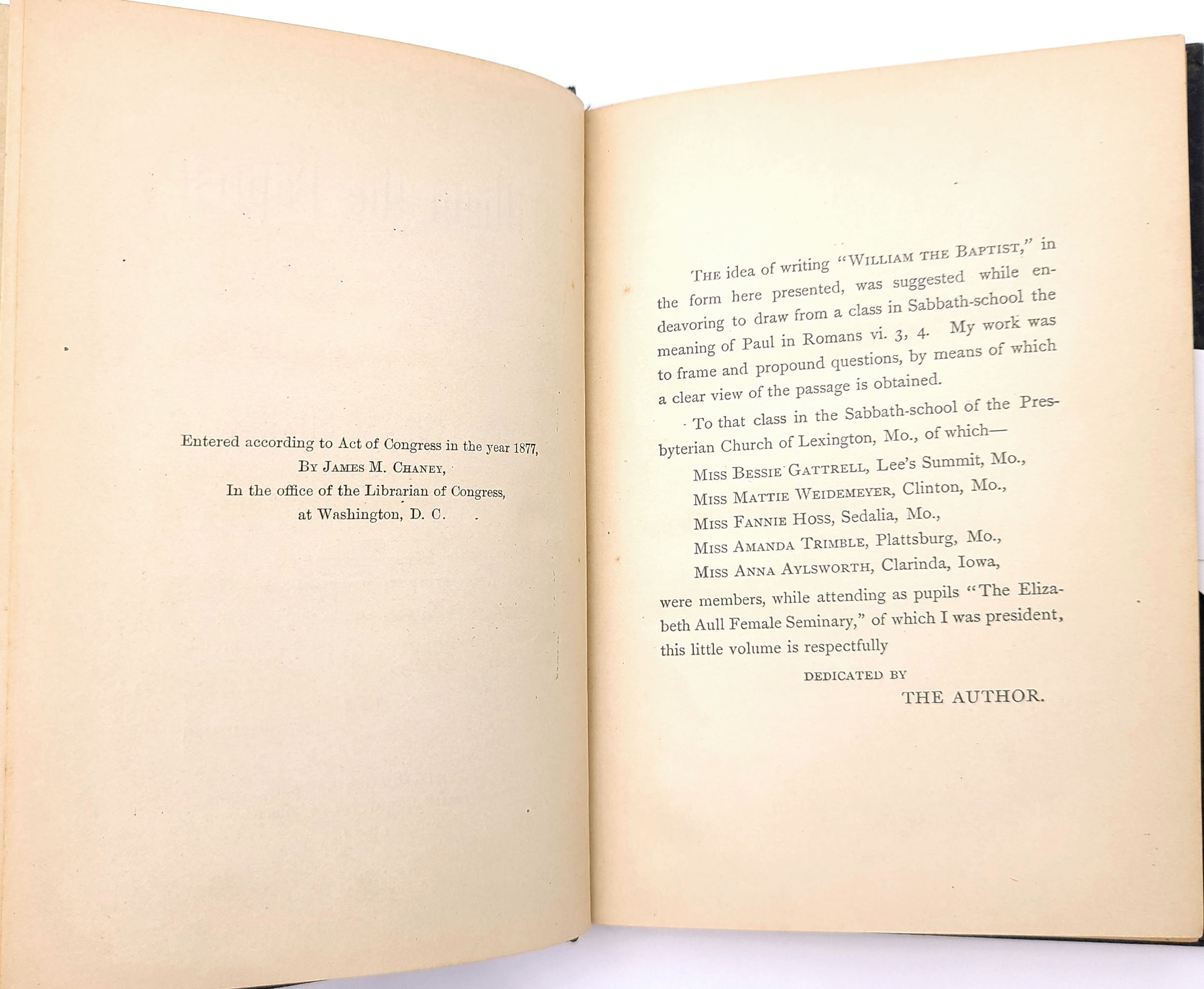 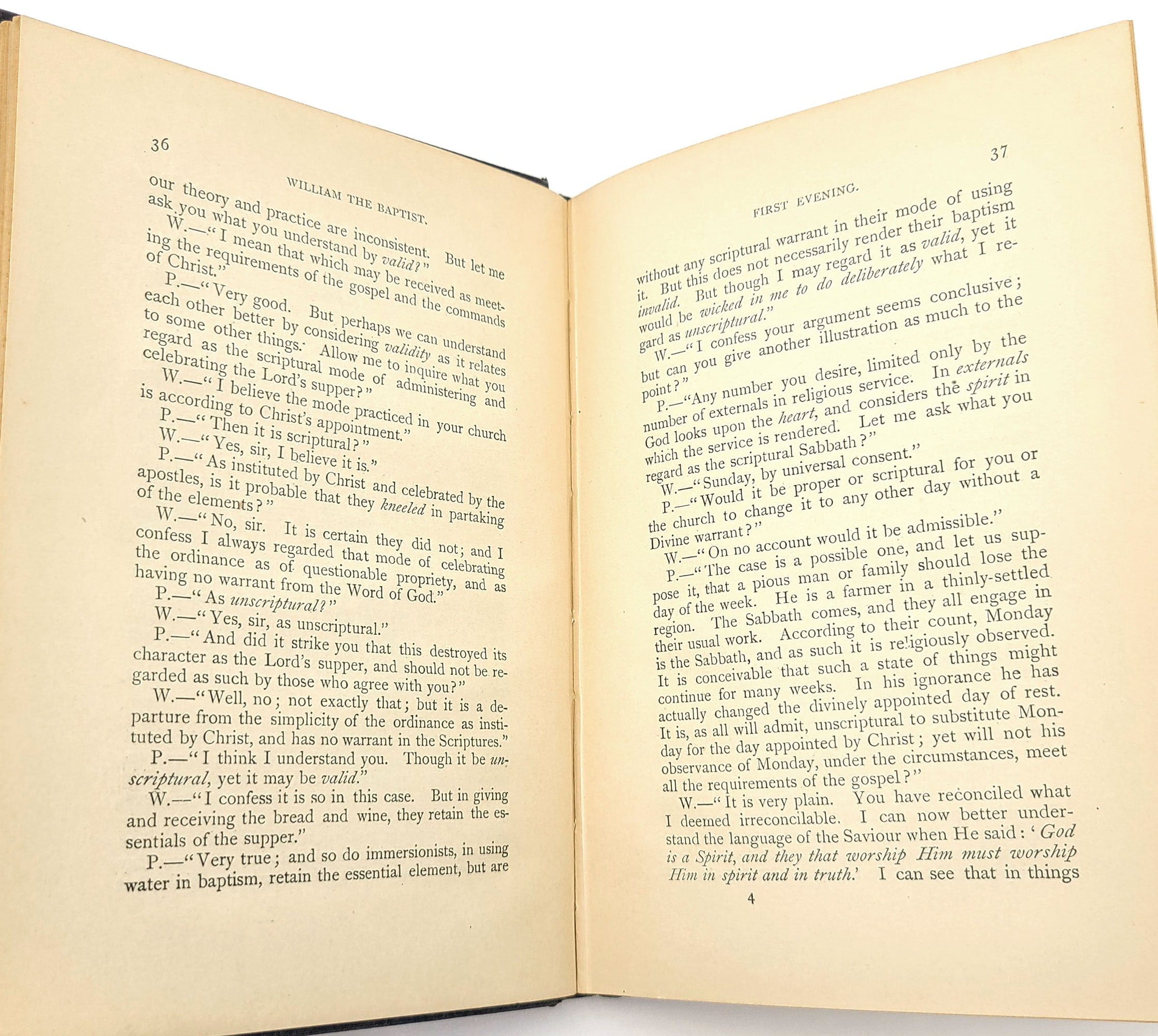 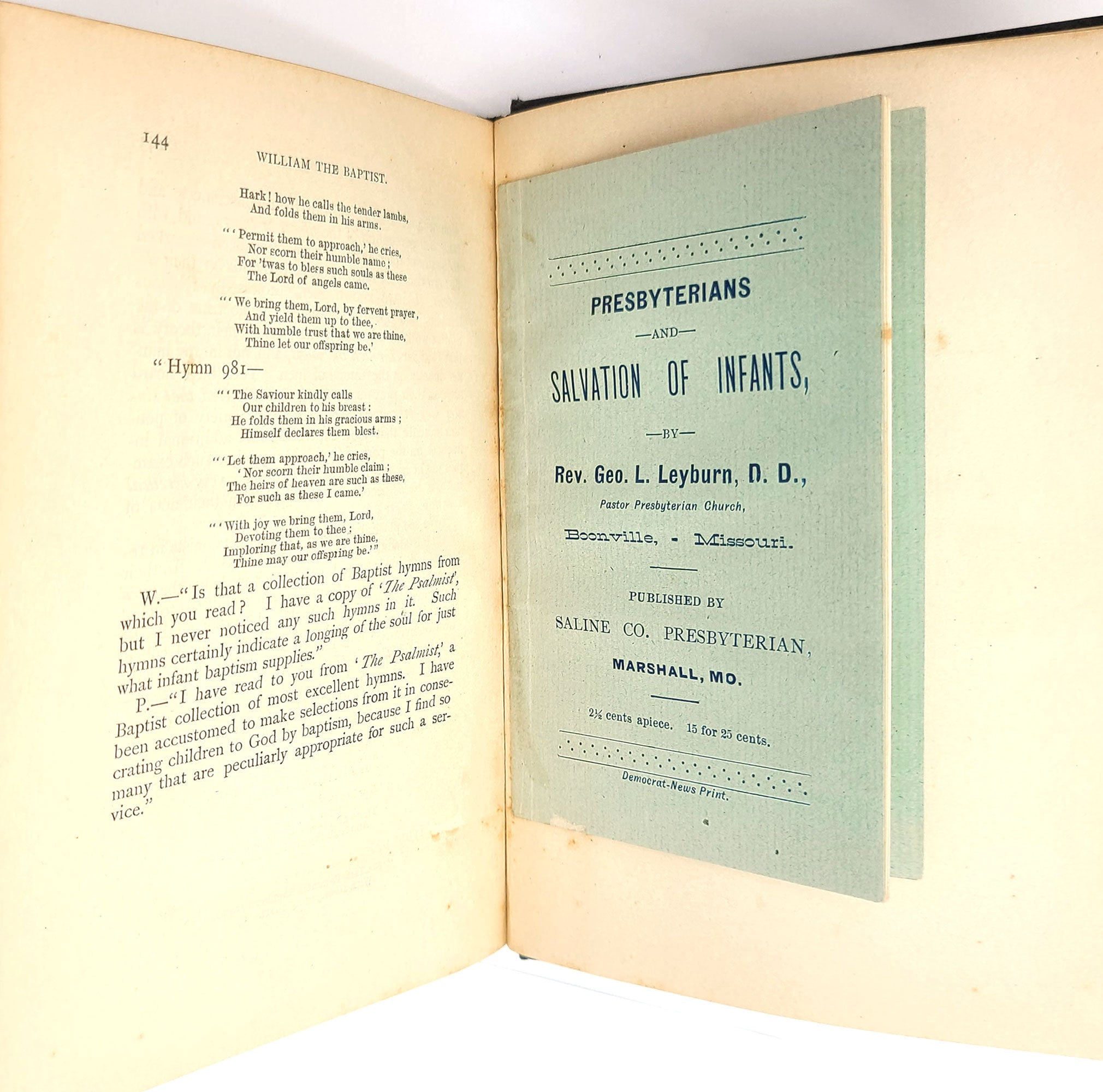 Title: William the Baptist [with booklet: Presbyterians and Salvation of Infants]

Tipped-in at the rear is a small booklet: 'Presbyterians and Salvation of Infants' by Rev. George L. Leyburn, the pastor at Boonville, Missouri (where Chaney had also been pastor). 16 pp. 5 x 3 inches. No copies noted on OCLC. Near fine condition.

William the Baptist is a novel, in a conversational form, that treats upon the topic of baptism from the Presbyterian perspective: examining the meaning of the word, the significance of the rite, and the cases of it in the New Testament in light of circumstantial evidence. It appears to have been written while Chaney served as the president of Elizabeth Aull Female Seminary. It was first published in 1877.

James McDonald Chaney (1831-1909) was a Presbyterian minister, active in Missouri during the second half of the nineteenth century. He was educated at Princeton Theological Seminary, ordained to preach in 1856, and assigned his first pastorate at Dover, Missouri in 1858. Over the following decades, he held several pastorates in the Missouri counties of Lafayette and Pettis, as well as in Kansas City and nearby Pleasant Hill. He served as vice-president and president of Elizabeth Aull Female Seminary (1871-1877), as president of the Kansas City Ladies College (1885-1891), and as president of Independence Academy (1891-1896). He was known to have a mechanical and scientific bent of mind, had a home laboratory, held patents, and invented a planetarium.

Signed by the author's son, James. M. Chaney (Jr.) in 1959. Also signed by the original owner (1894), Ellis P. Cayce, who was a contemporary of the author, a fellow Missourian, Presbyterian elder, and was educated at Princeton College during the same period (circa 1856) that Chaney was attending Princeton Theological.