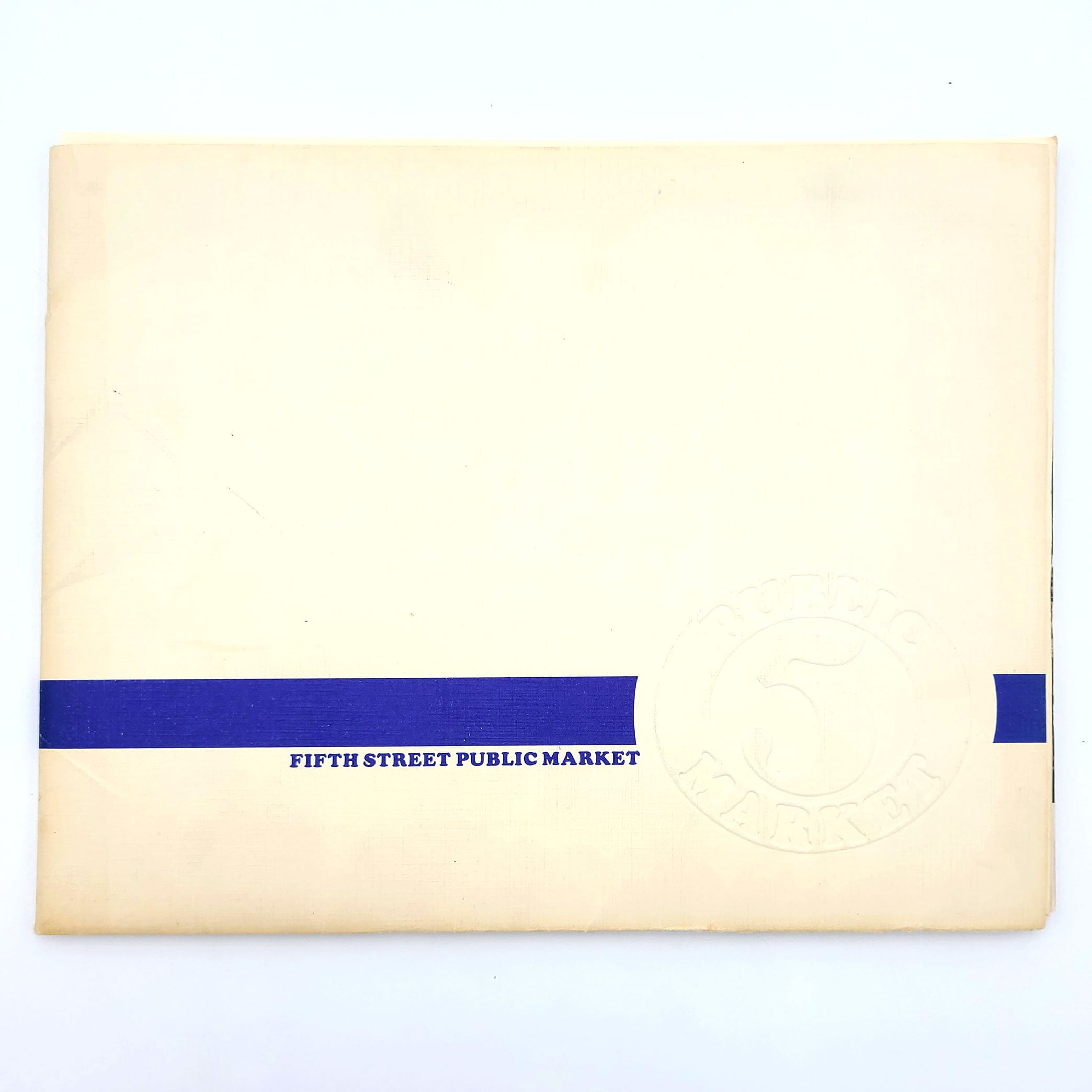 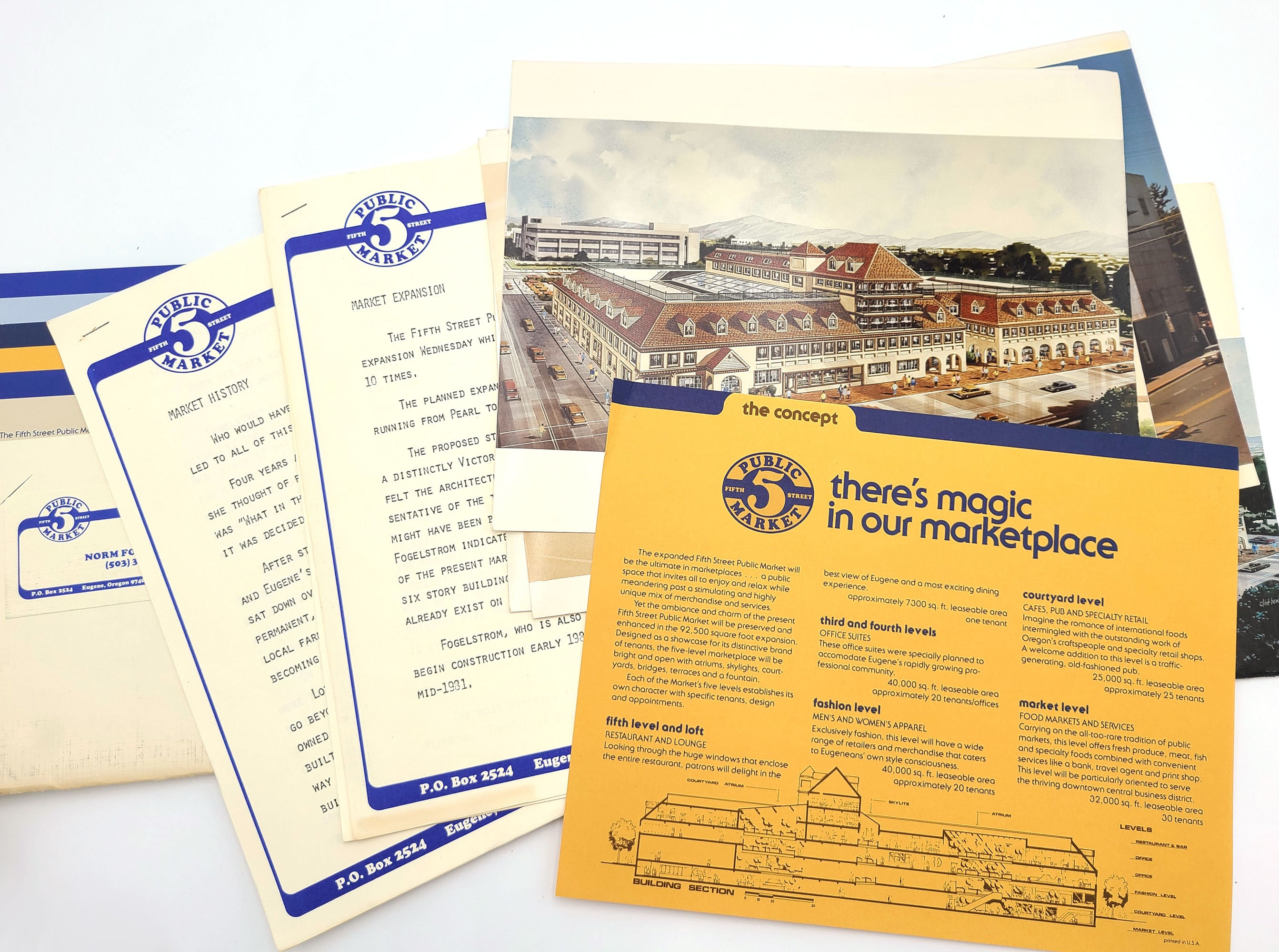 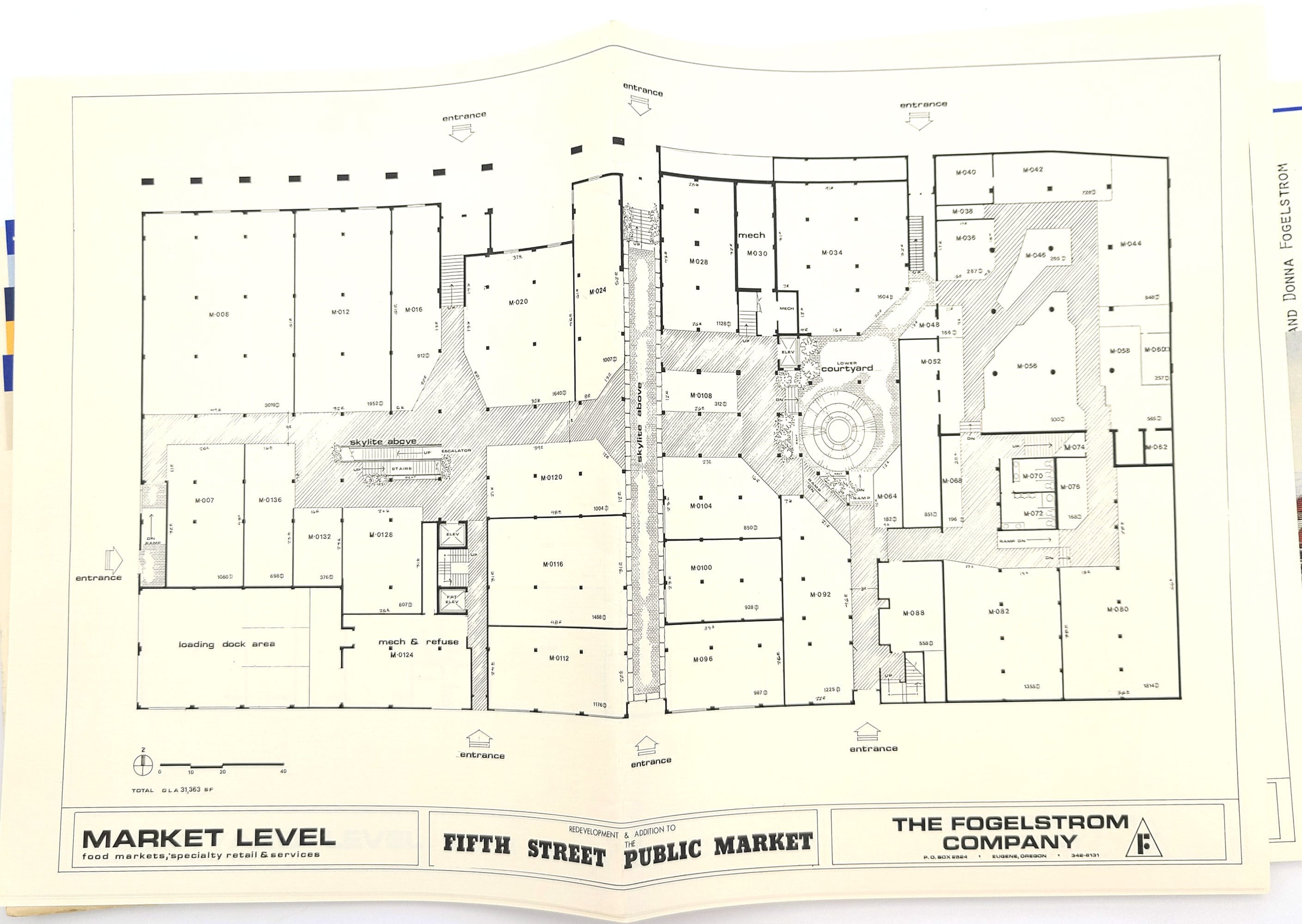 Description: [1979] Architectural publicity packet for a proposed major expansion of the Fifth Street Public Market in Eugene, Oregon, with construction set to begin in early 1980. Minor wear and light signs of age to folder. Contents clean.

The 5th Street Public Market was the project of Norm Fogelstrom and Eugene City Councilor and future mayor Brian Obie. It officially opened on March 1, 1976. The 1980 expansion was expected to bring the market from 25,000 square-feet to 224,000 square feet and was expected to be completed by mid-1981.