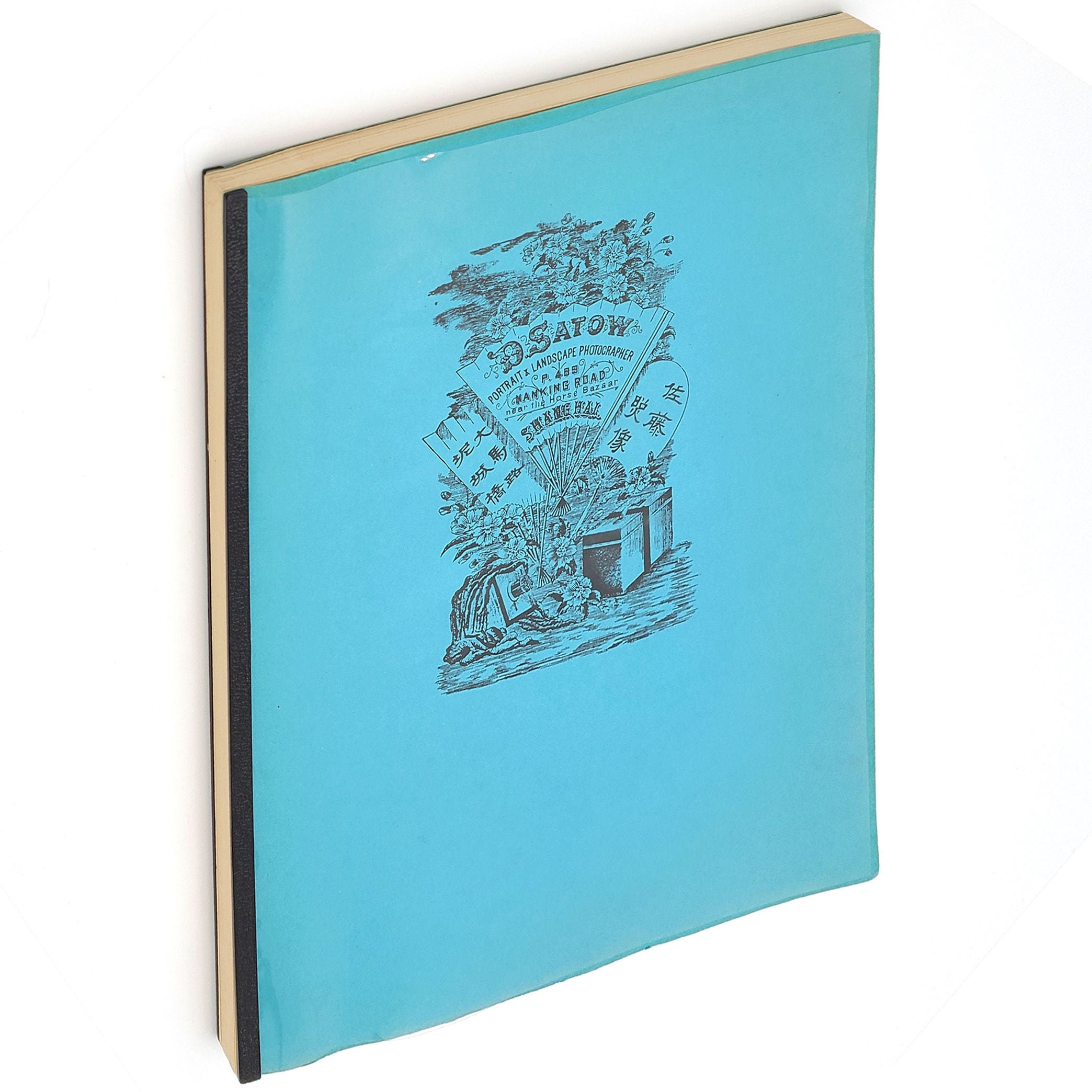 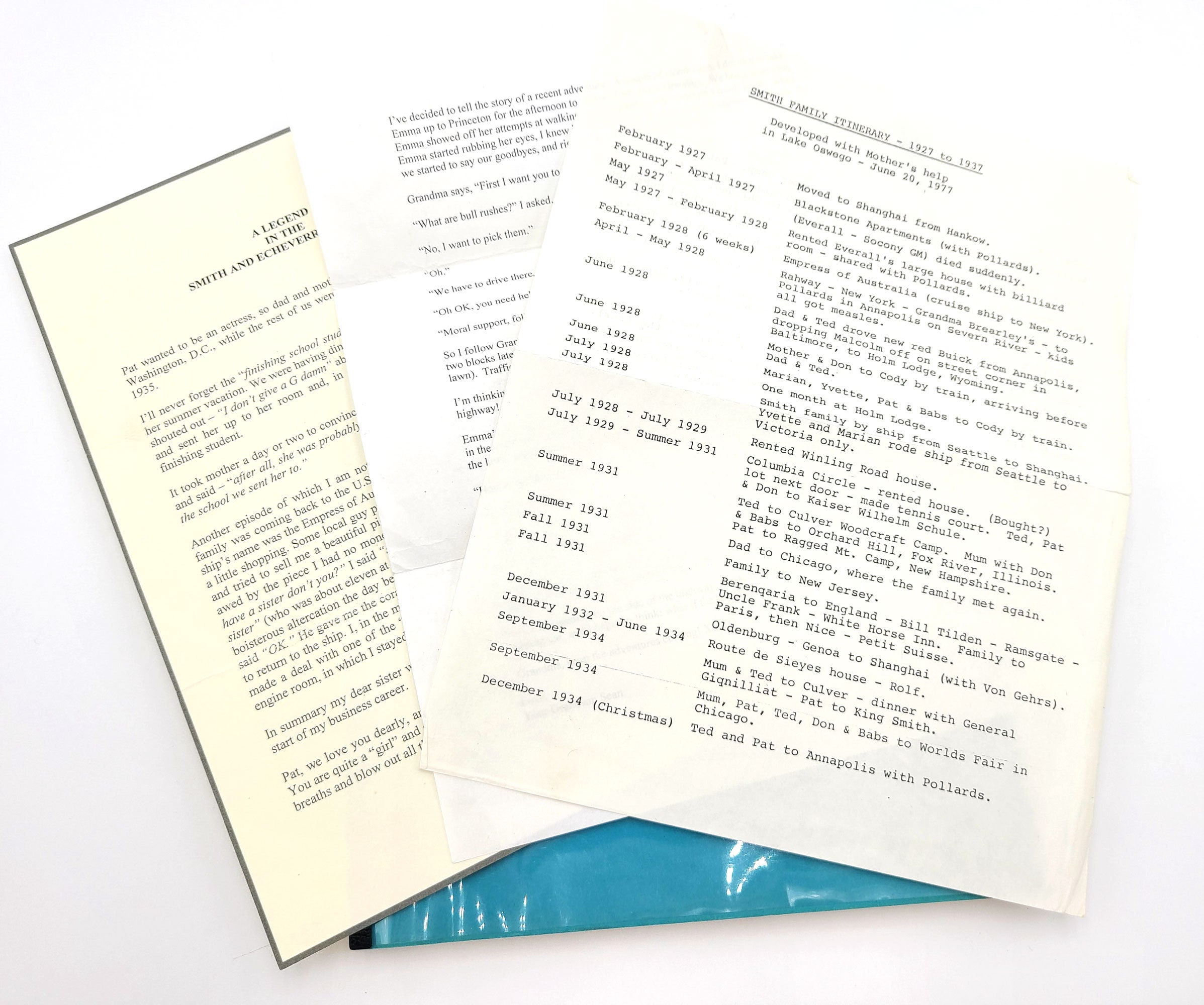 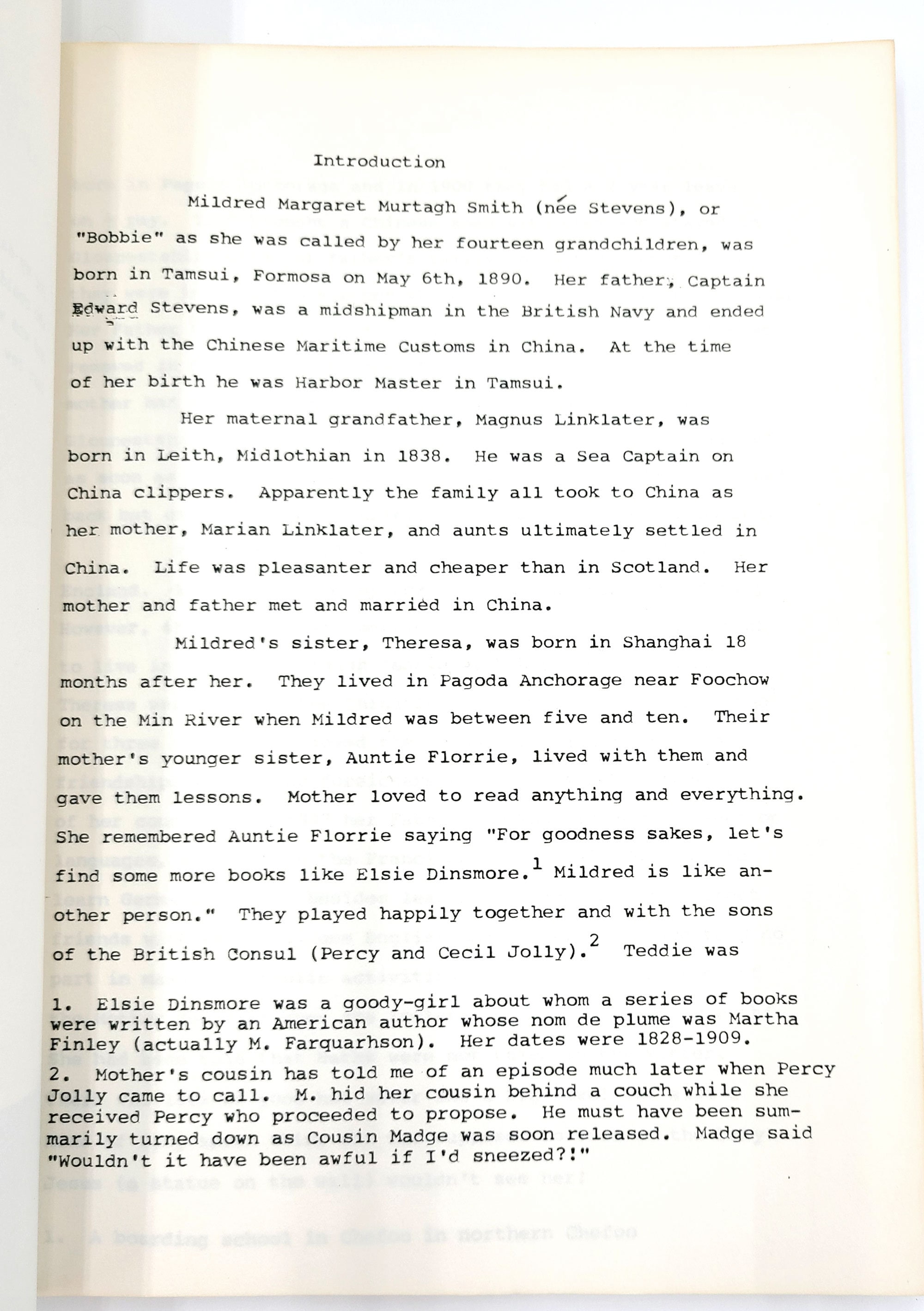 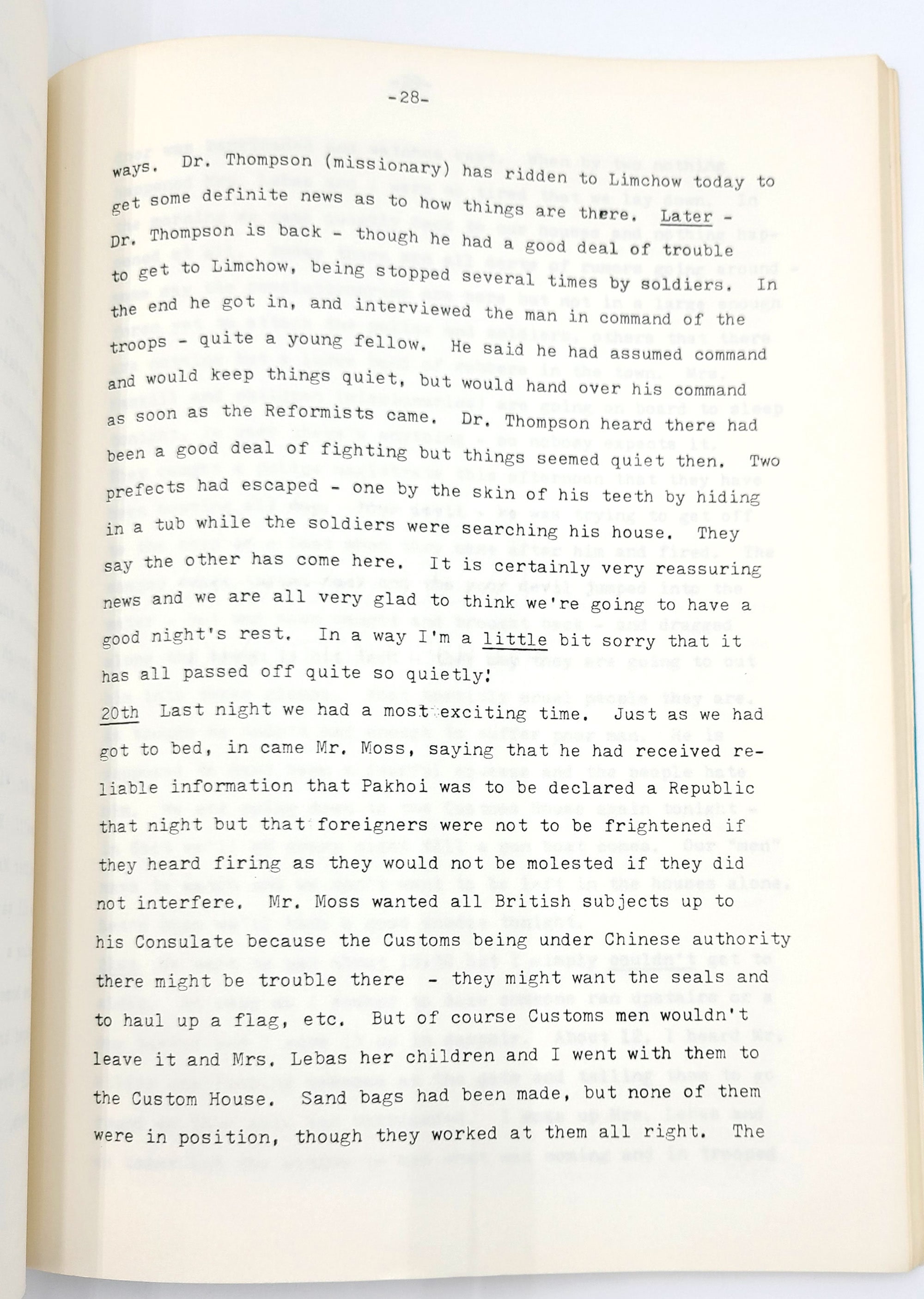 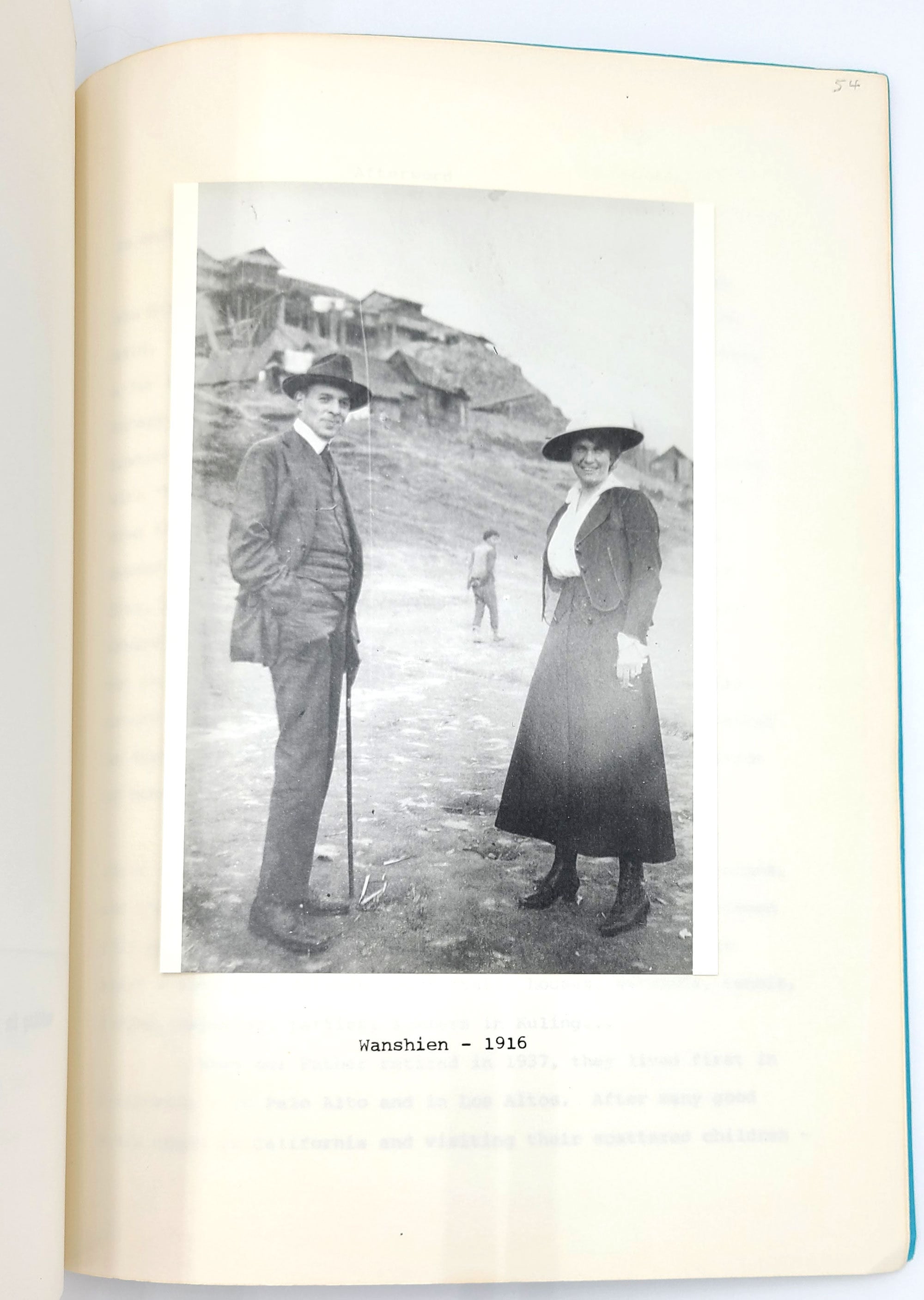 This is a transcription of the China and England diary of Mildred Margaret Murtagh (Stevens) Smith, mostly covering the period between October 1908 to 1915. The last entry is dated 1920. The diary begins when Mildred was 18, wherein she notes a variety of cultural experiences in England in 1908, including what she saw at the Franco-British Exhibition in London. Her account discusses her mother's illness, her siblings and friends, and travels in Britain and Europe.

1910 finds her in China (Amoy and then Pakhoi) discussing her failed engagement and detailing many observations of events surrounding the Revolution of reformists against the imperial government (noting a mutiny at Limchow, looting, fear and uncertainty, rumors, movements of soldiers, arrival of ships, the foolish French Consul, etc.). By 1914/1915 she is writing of another broken engagement, other aspects of her life, and then her marriage to Donald Lawton Smith, who she married in 1915 at the English Cathedral in Shanghai.

Mildred Margaret (nee Stevens) Smith (1890-1982) was born in Tamsui, Taiwan, where her English father, Capt. Edward Stevens, was Harbor Master. After her husband retired in 1937, they moved to California (Palo Alto and Los Altos), later settling in Boca Raton, Florida.