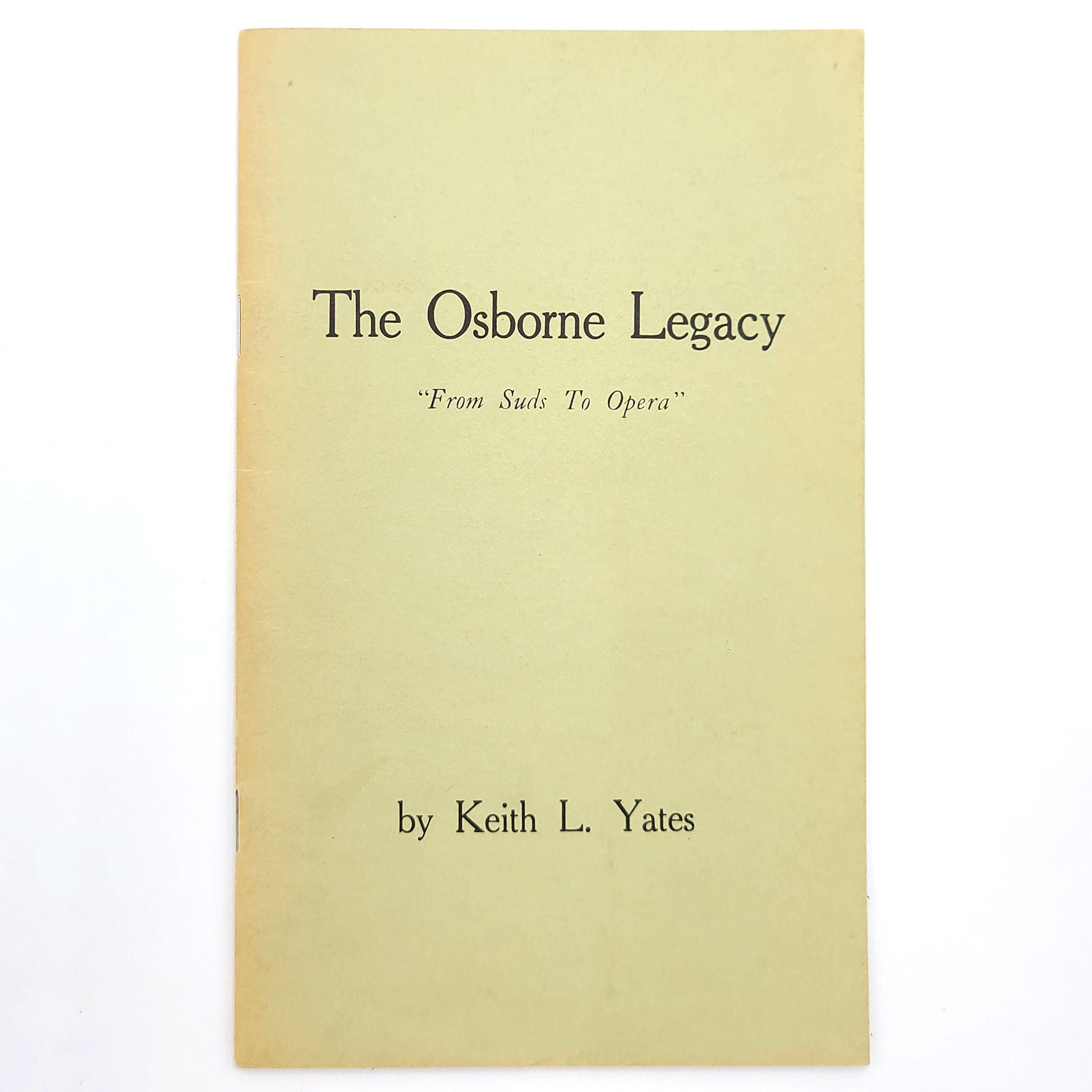 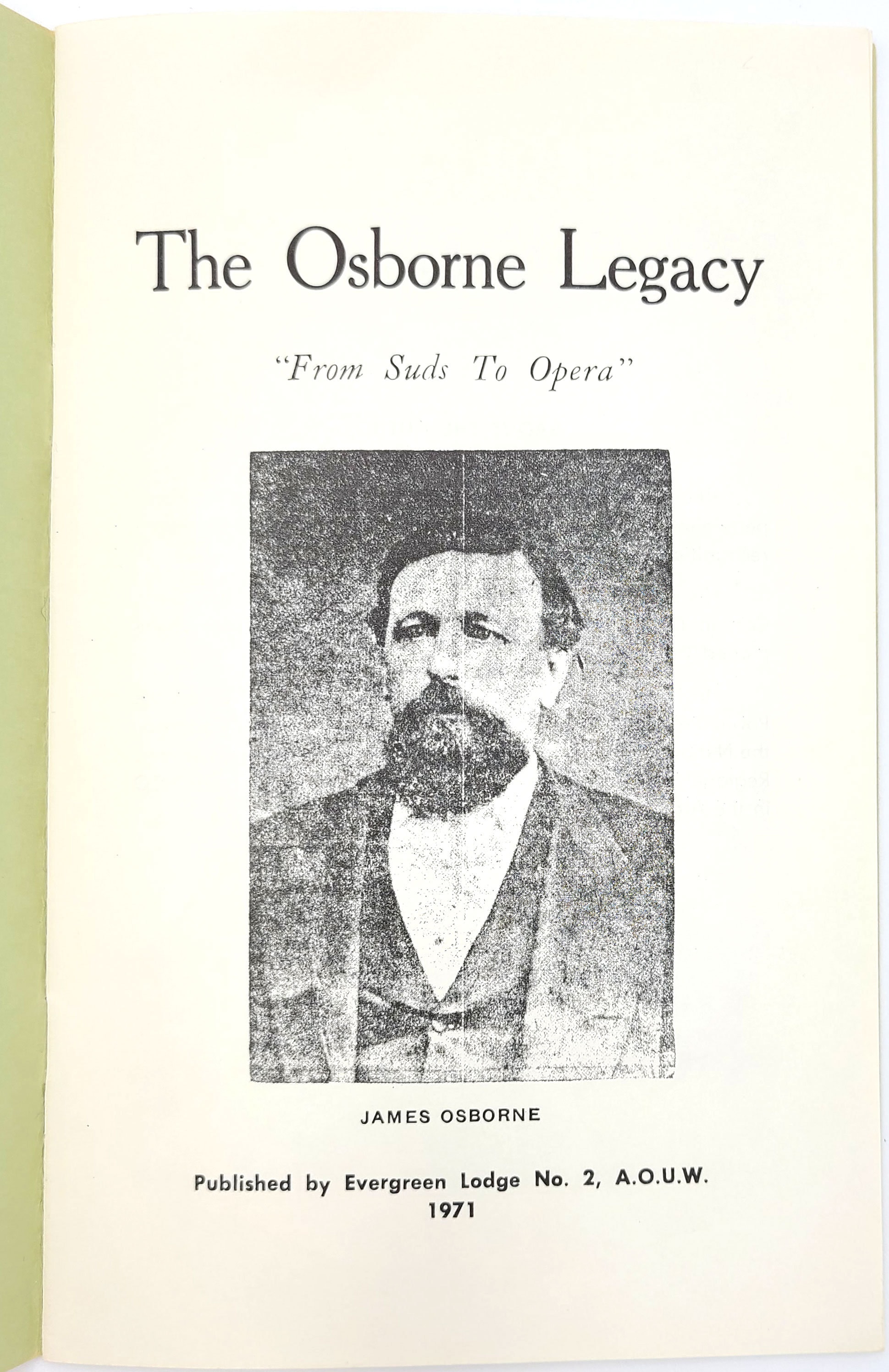 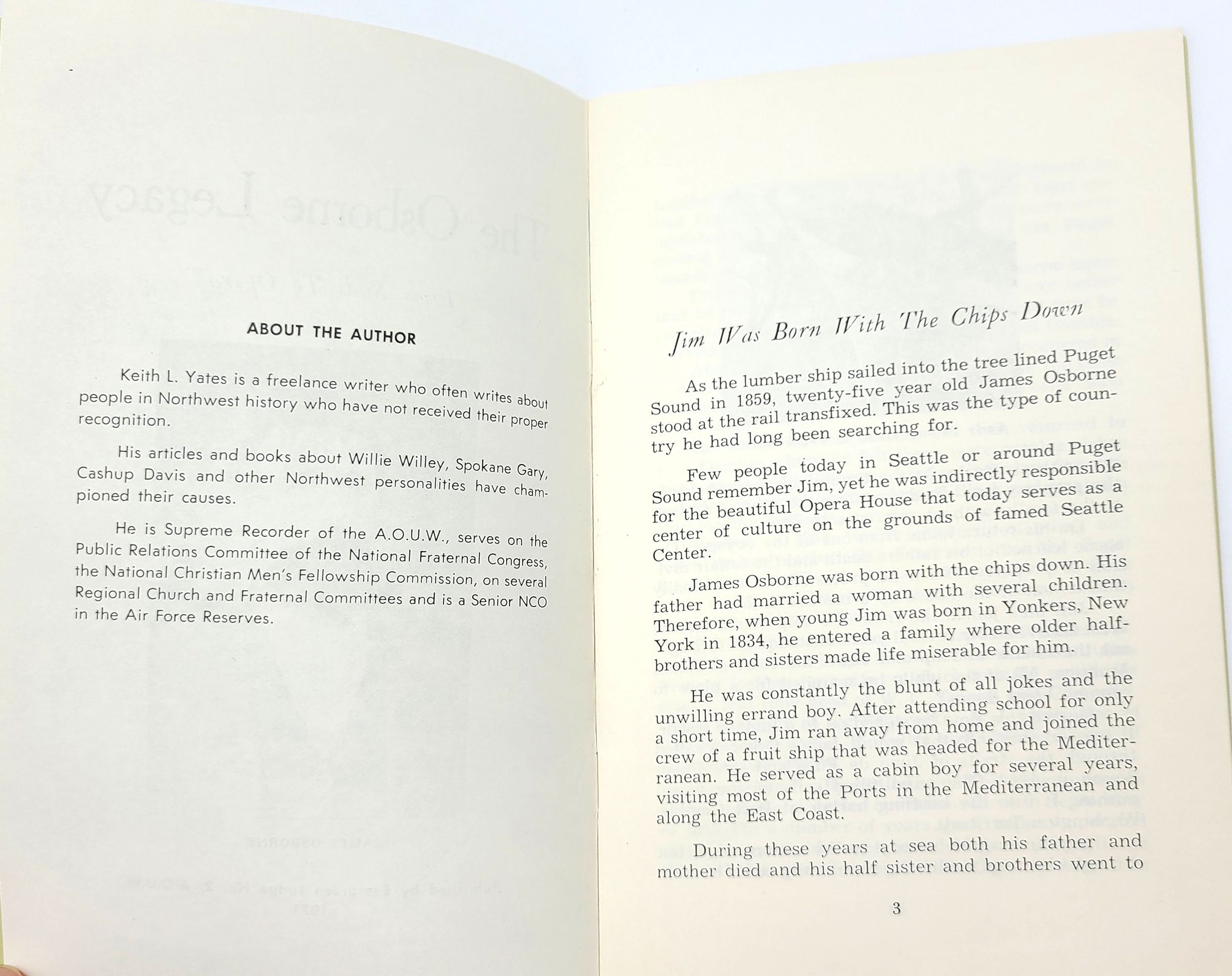 Title: The Osborne Story "From Suds to Opera

Description: Staple-bound in card covers. Interior clean. 24 pp. 8 x 5 inches. Biographical sketch of Seattle pioneer James ''Jim'' Osborne (1834-1881) and an overview of his businesses, death, and the proceedings of the disbursement of his estate. Includes a bibliography.

Osborne, who had been a globe traveling seaman in his younger days, first sailed into Puget Sound in 1858 and the following year set up a stevedore business at Port Gamble. In 1878 he sold his business and moved to Seattle where he bought multiple properties from Henry Yesler and opened the Gem Saloon. In early 1881, he joined Alki Lodge No. 33 (now called Evergreen Lodge No. 2) of the Ancient Order of United Workmen. He passed away in December of that year and left a portion of his estate to the City of Seattle for the construction of a "public hall."

Includes the full text of his will, anecdotes demonstrating his personality, and a discussion of the issues around the disbursement of his estate (which dragged on for more than four decades).