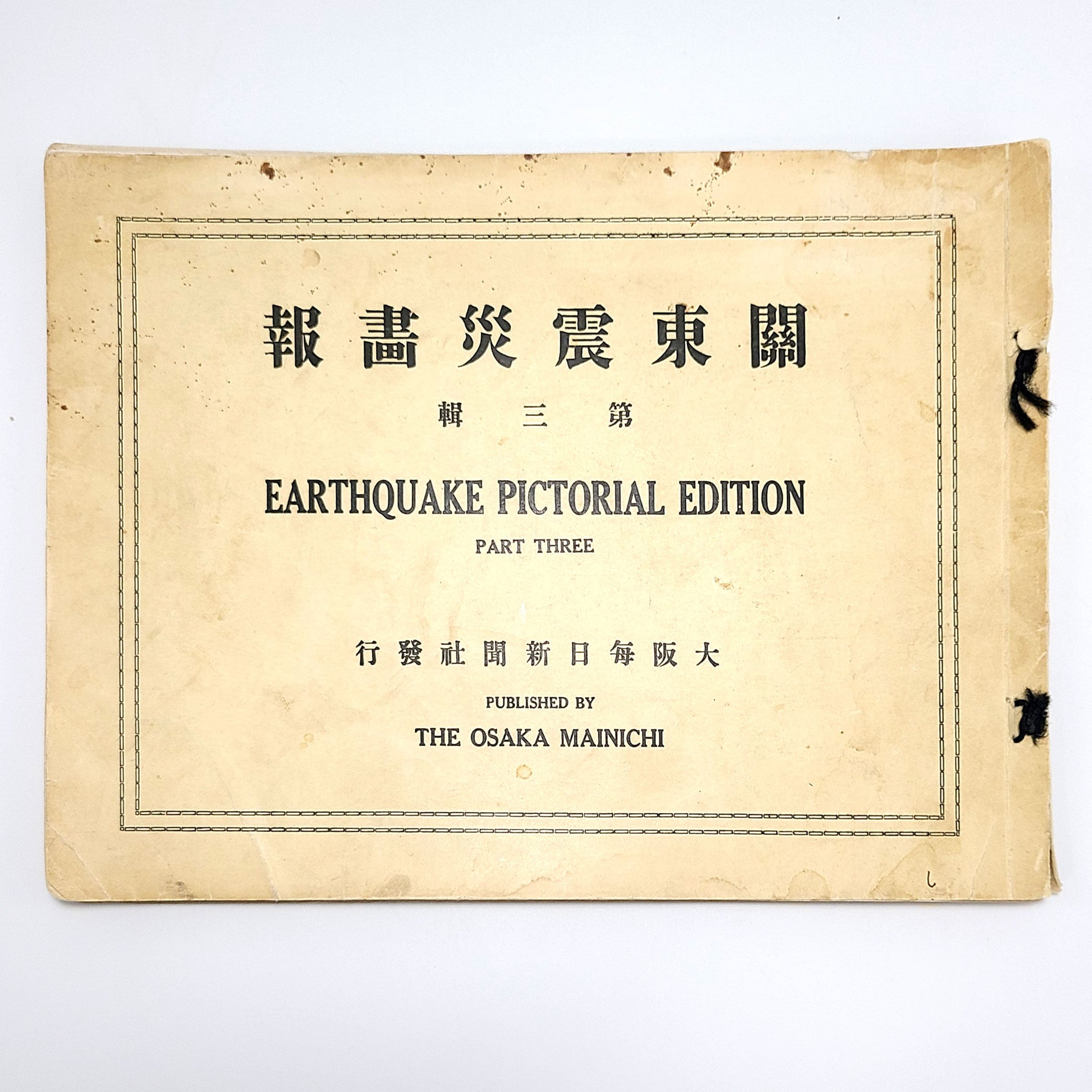 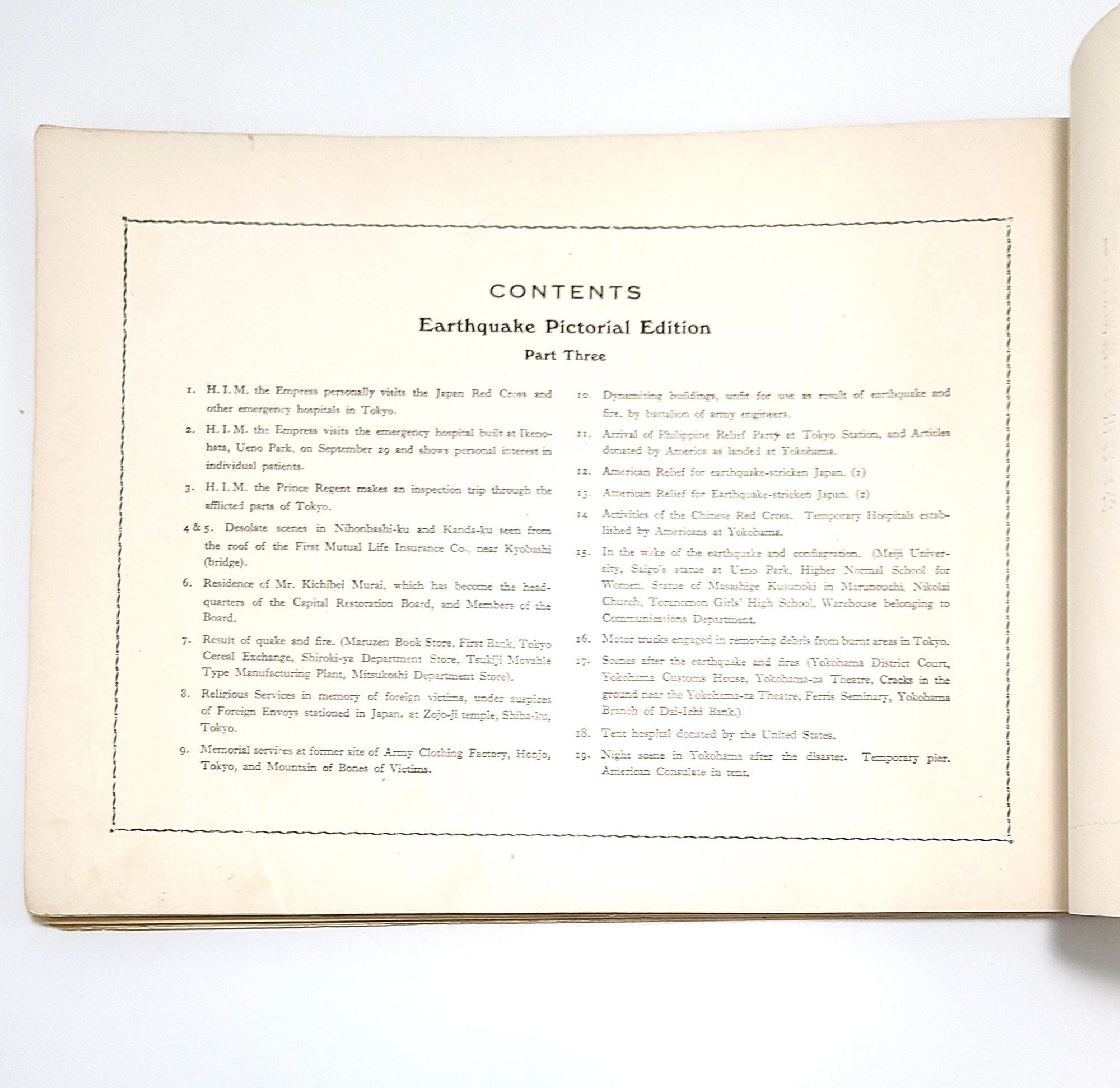 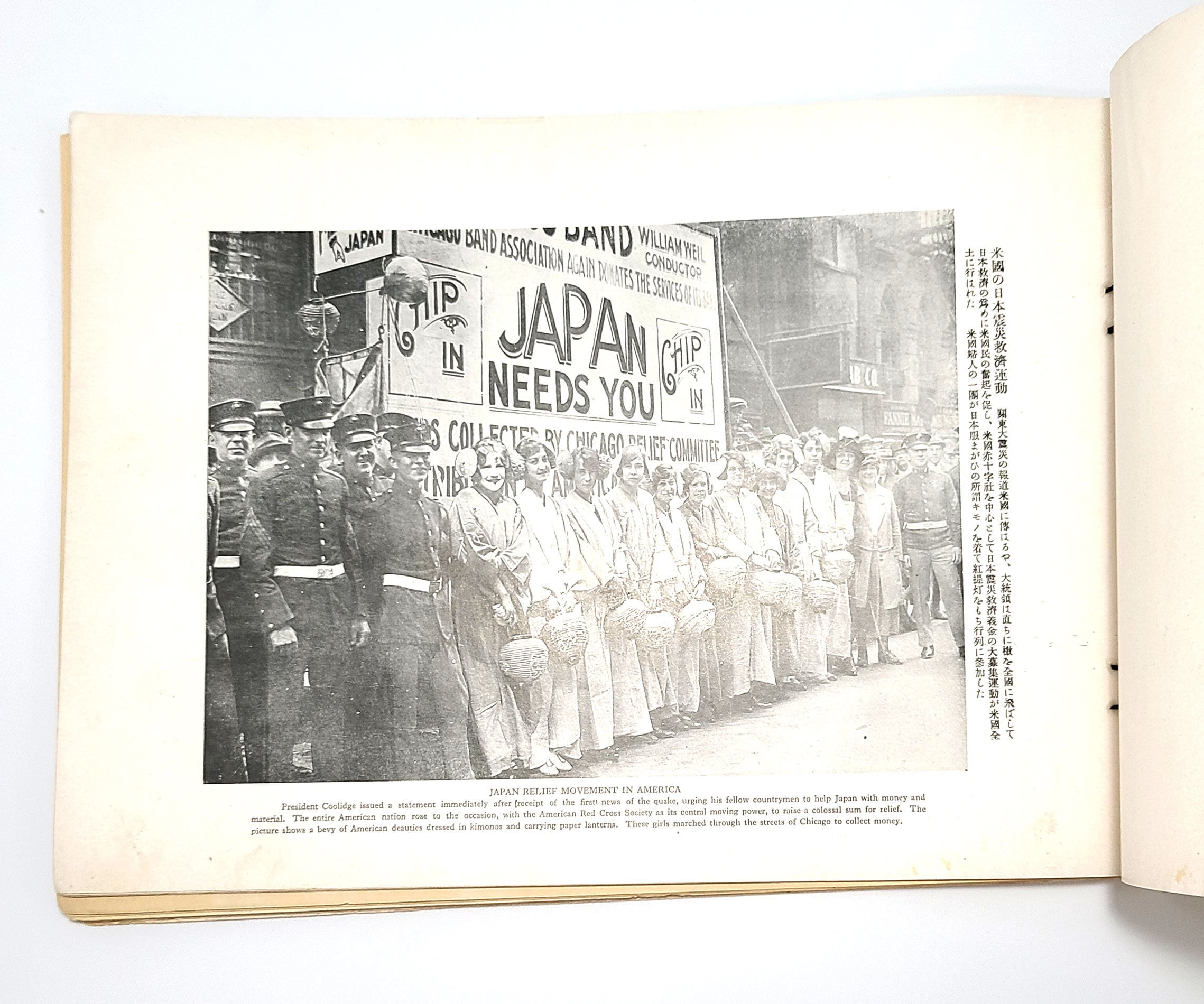 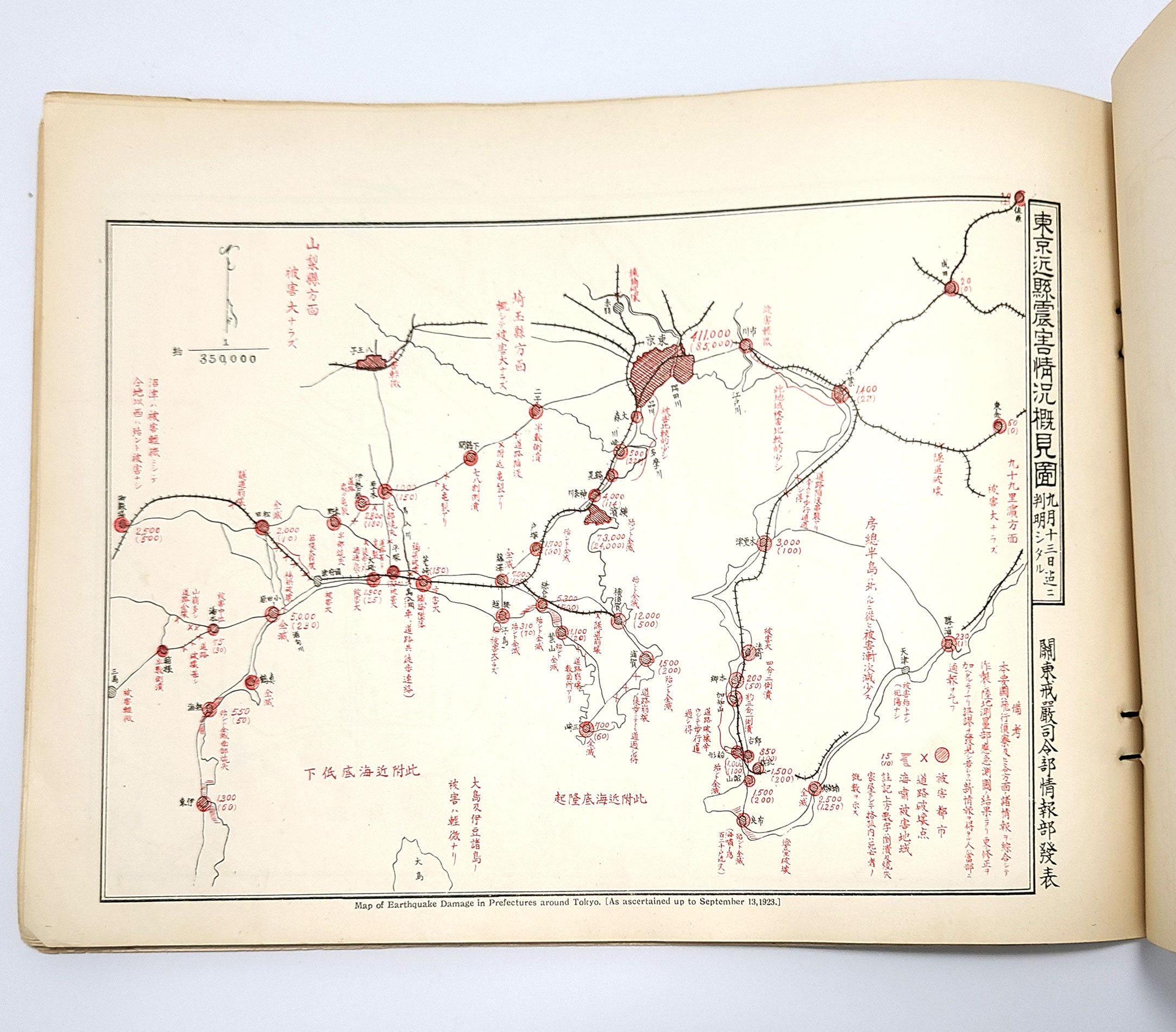 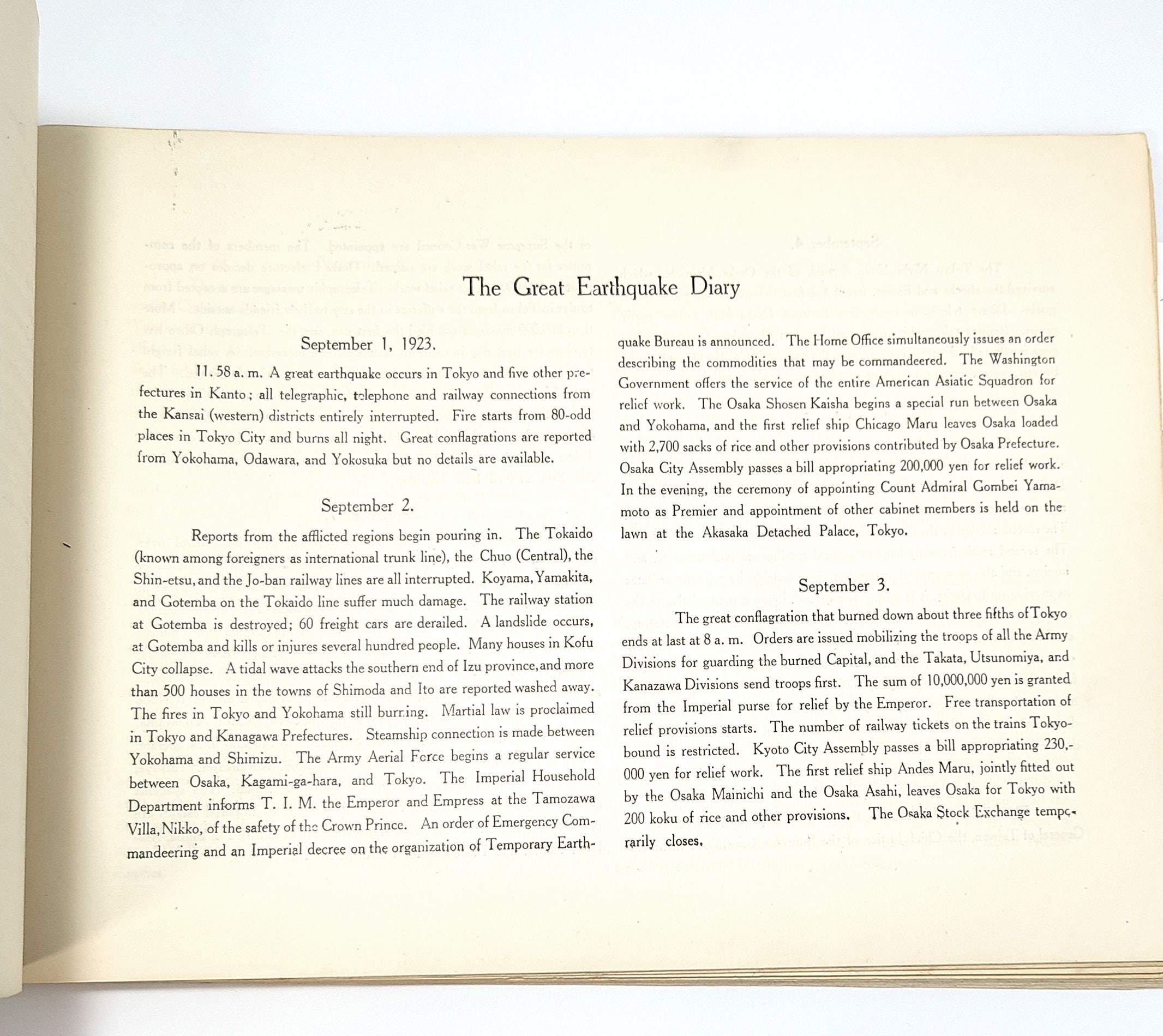 Description: In card covers, string bound. Covers are a bit soiled (more on the rear cover); some splits and tears along spine; 1 cm. of loss at head of spine. Pages show a few short closed tears and some light soiling. 8.25 x 12 inches. [Text in English and Japanese].

19 pages of English captioned photographs of the Great Japan Earthquake of 1923, known as the Great Kanto Earthquake. This earthquake, which devastated the Kanto region, including the cities of Tokyo and Yokohama, struck just before Noon on September 1, 1923. Fires followed the earthquake and developed into firestorms. It is estimated that more than 142,000 people lost their lives in the devastation. The photographs were taken in the days and weeks following the earthquake.

14 pages of text in English, including a message from the Emperor (the "Imperial Rescript"), a general description of the Kanto Earthquake and Fire (including details of the newly formed government cabinet, the activities of the new cabinet, civilian activities, and the restoration of the imperial capital), and a month-long day-by-day account of events (September 1-30).

About 39 pages of text in Japanese.

Published by the newspaper, Osaka Mainichi. It is undated, but was probably issued in late 1923.