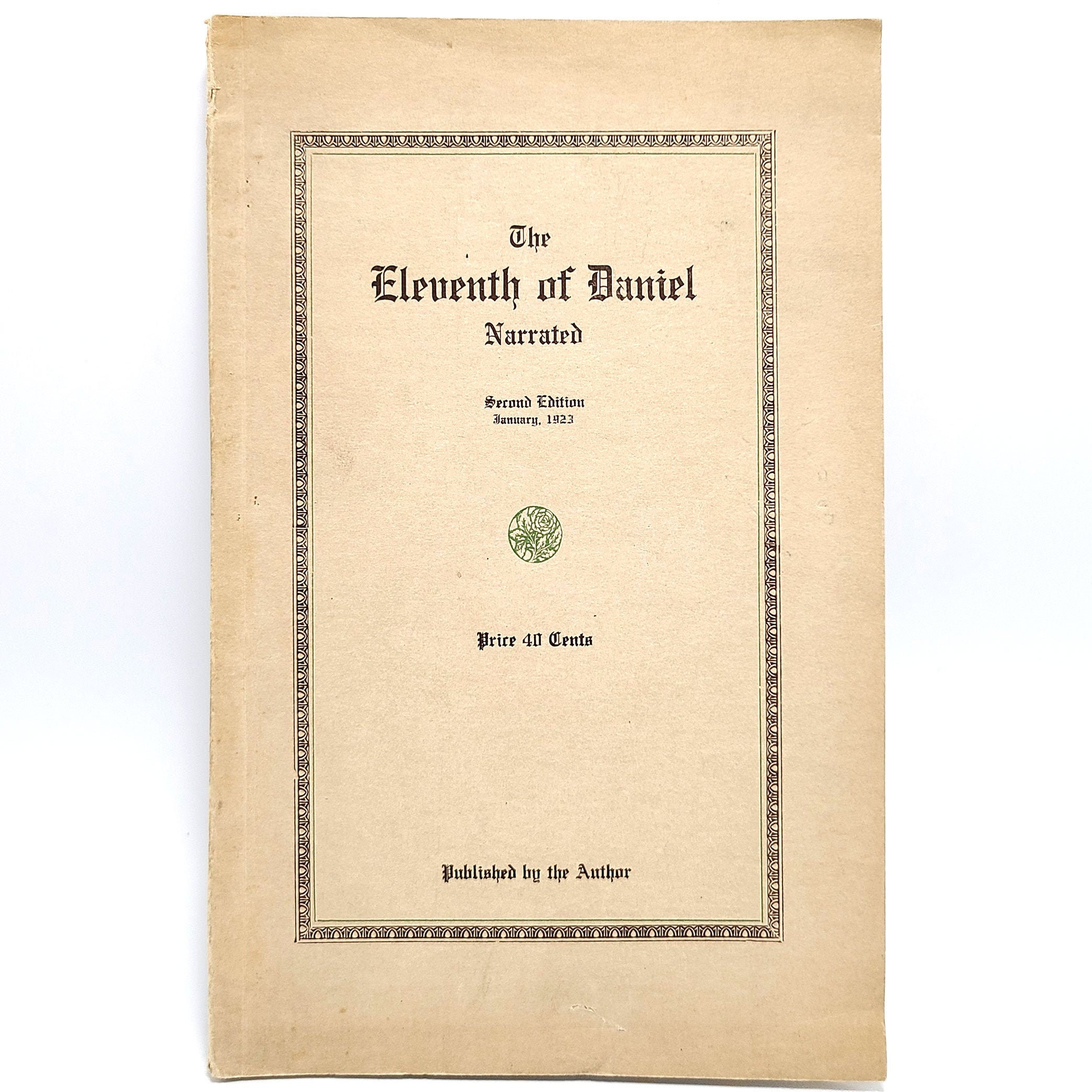 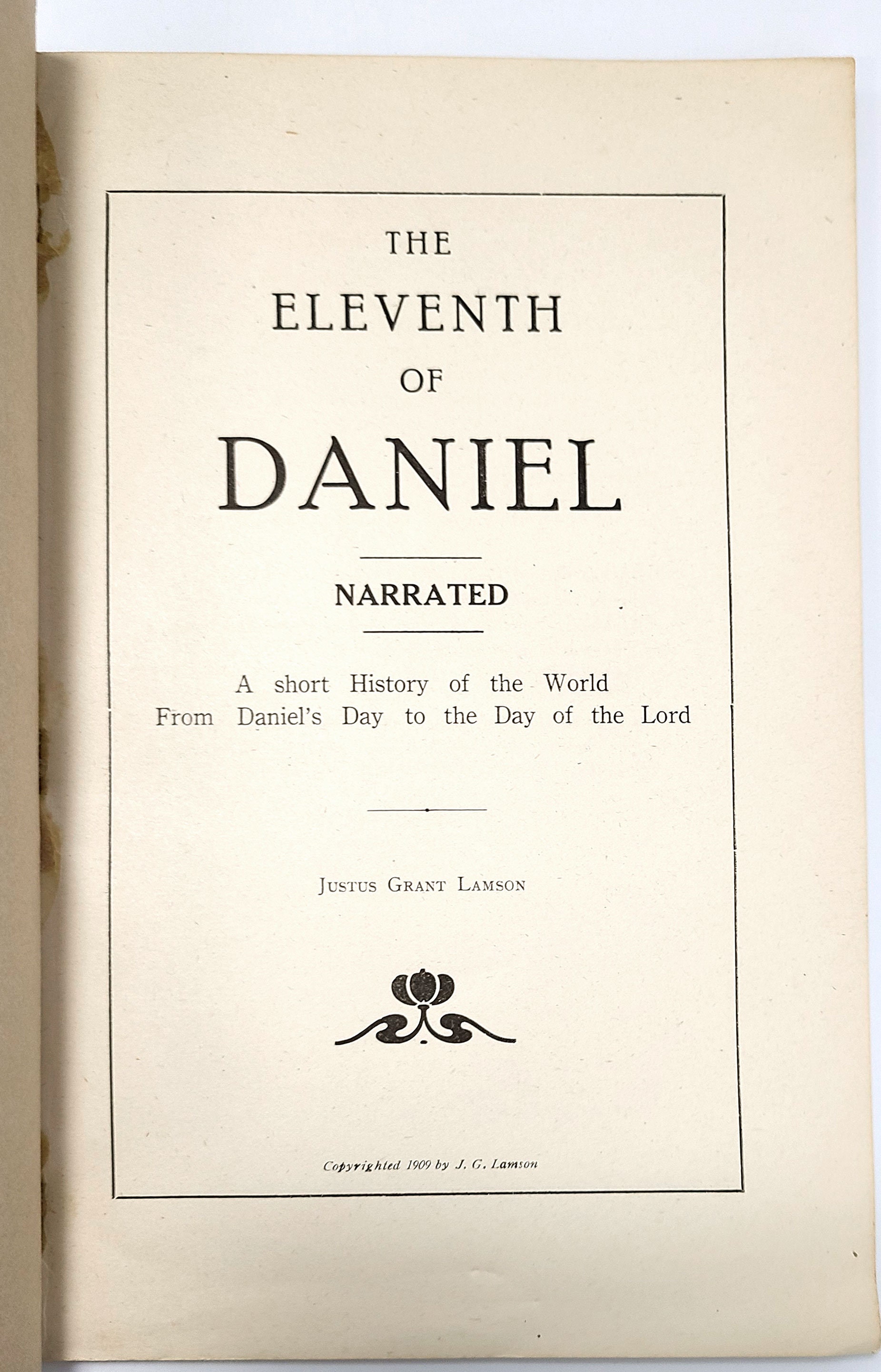 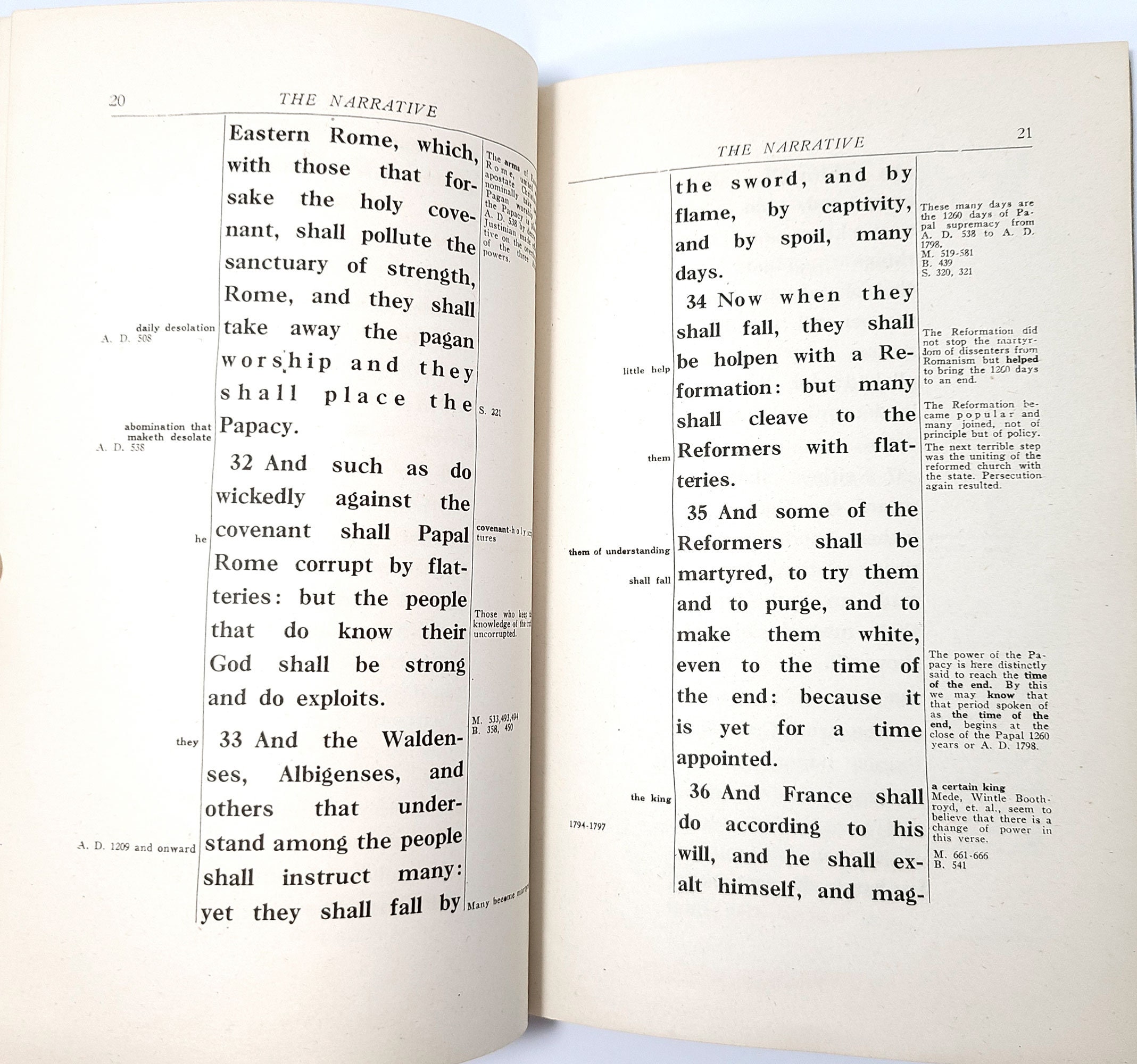 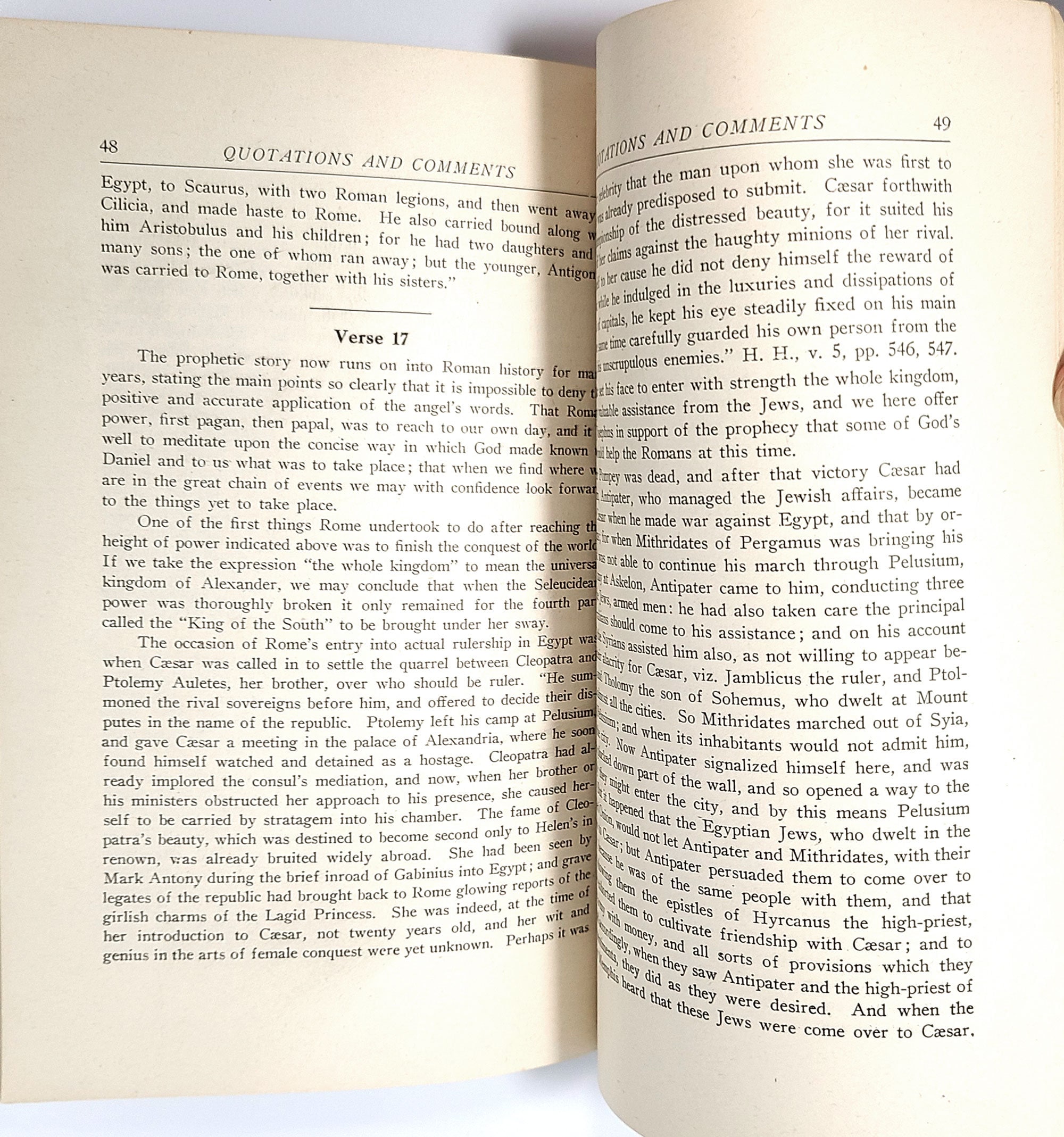 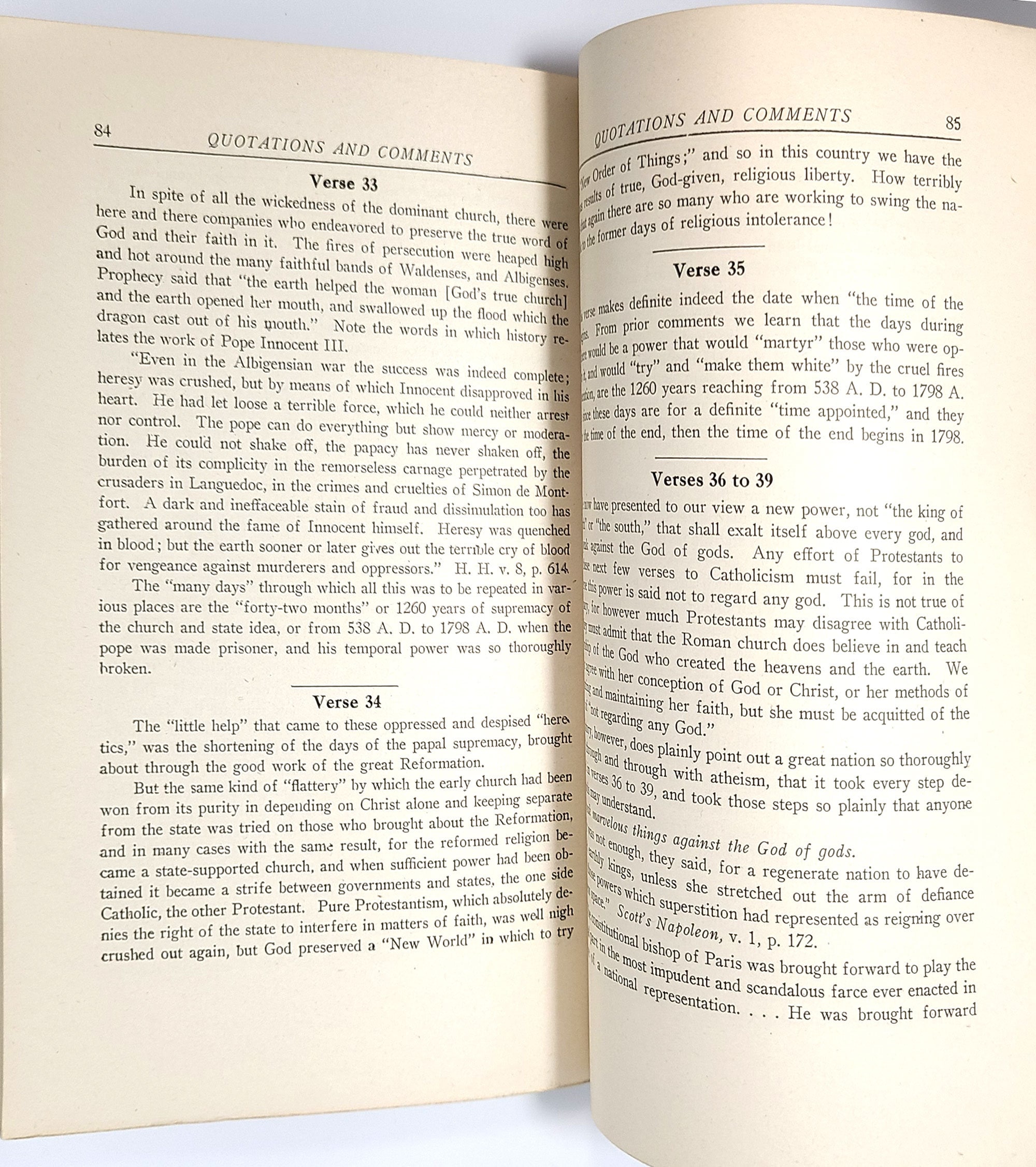 Title: The Eleventh of Daniel, Narrated: A short History of the World from Daniel's Day to the Day of the Lord

A study of the 11th chapter of the Book of Daniel with commentary, portraying its prophetic reliability, referencing world history, both from antiquity up to current events (as of 1923), including changes regarding the Turkish nation and their relations with France, Palestine and Russia. Commentary references the Roman Empire, the Church of Rome, heresies of the Middle Ages, the Reformation, and Napoleon's activities.

Justus Grant Lamson (1868-1935) was a lawyer, educator, and Seventh Day Adventist minister. He was born in Michigan and ordained in 1902. He founded several SDA schools, including the Cedar Lake, Adelphian, (Holly, MI), and Nevada (Iowa) academies. From about 1930 to 1935 he served as the head of the Department of Theology at Walla Walla College. He also held pastorates at the Hinsdale and Sunnyside churches in Portland, Oregon, as well as others around the country.