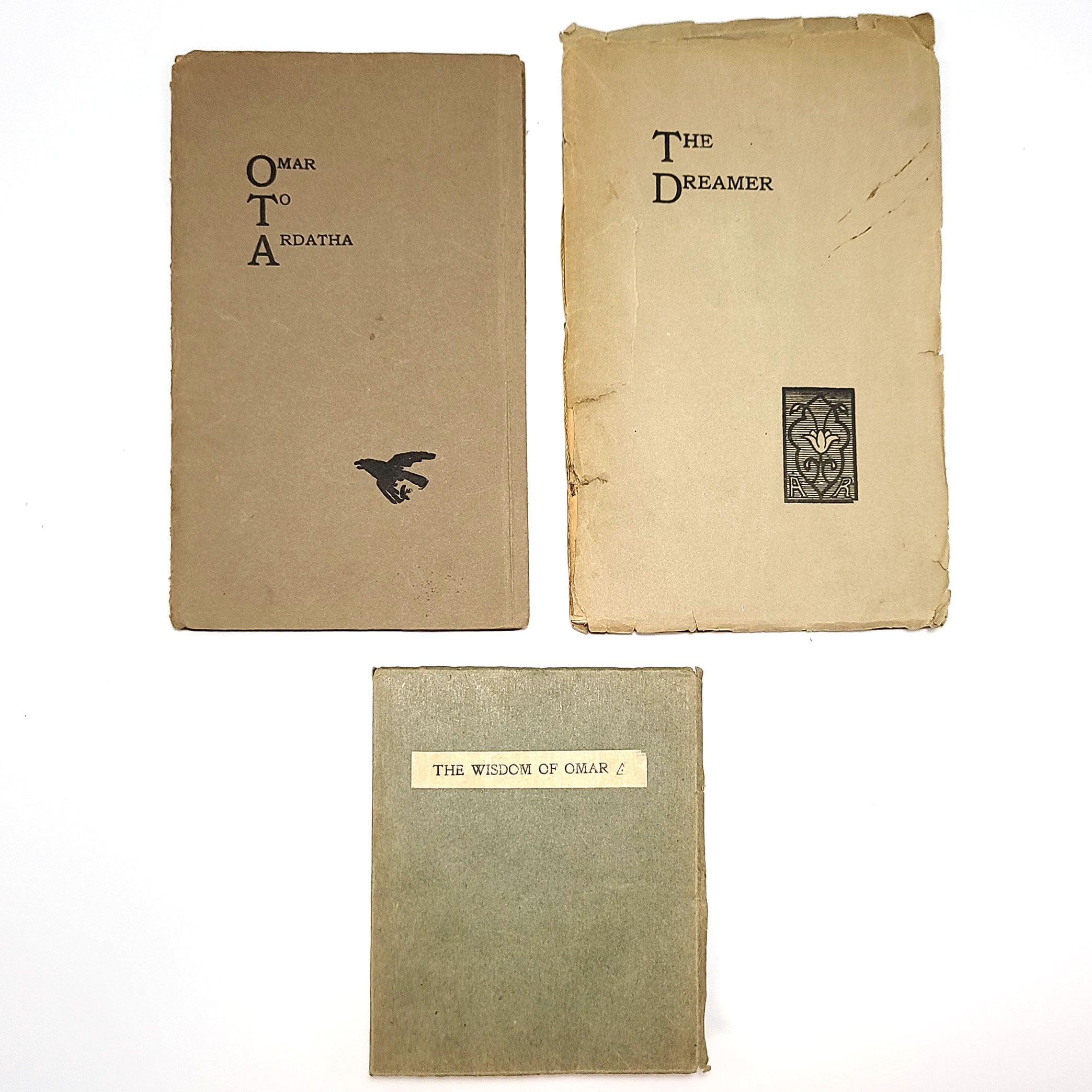 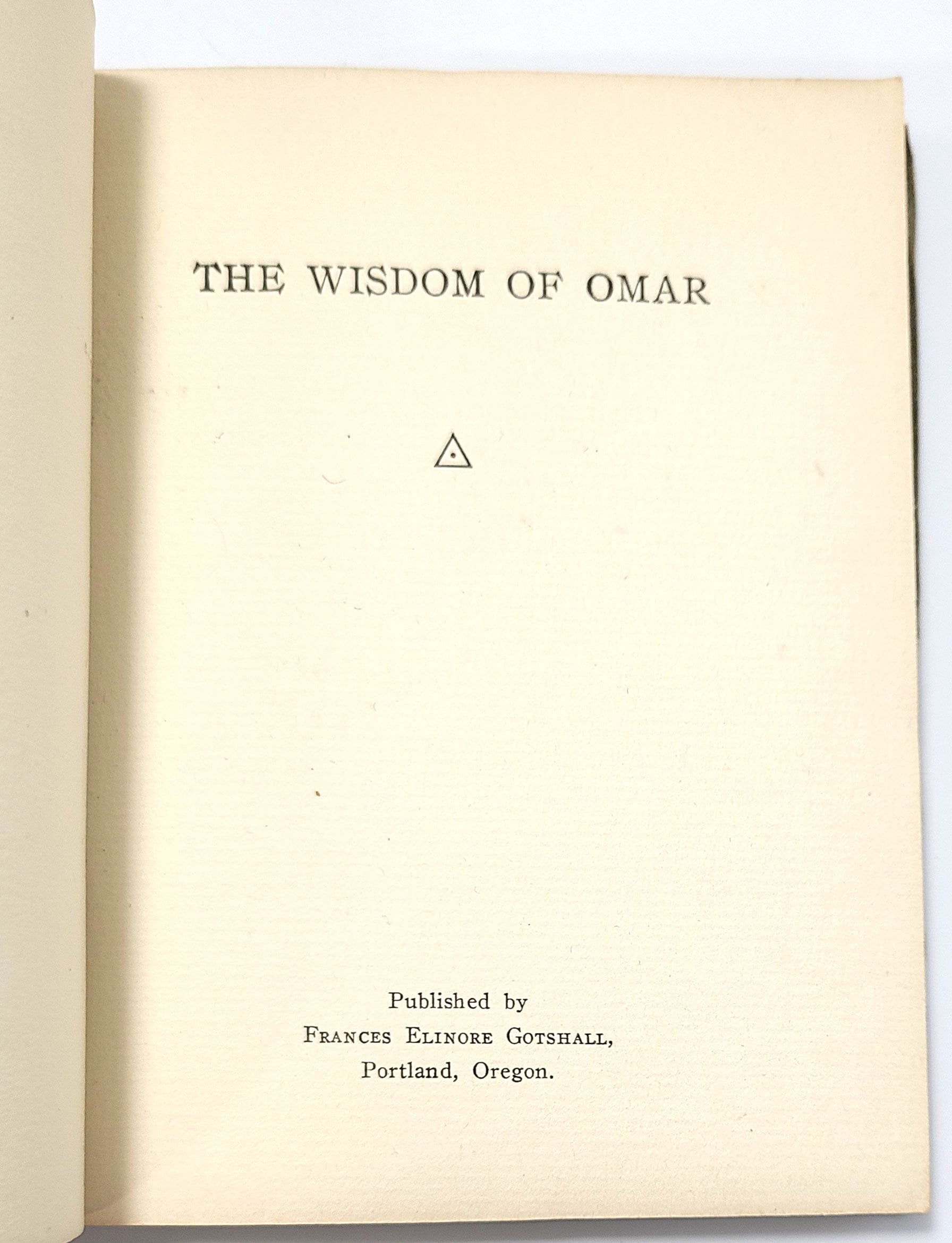 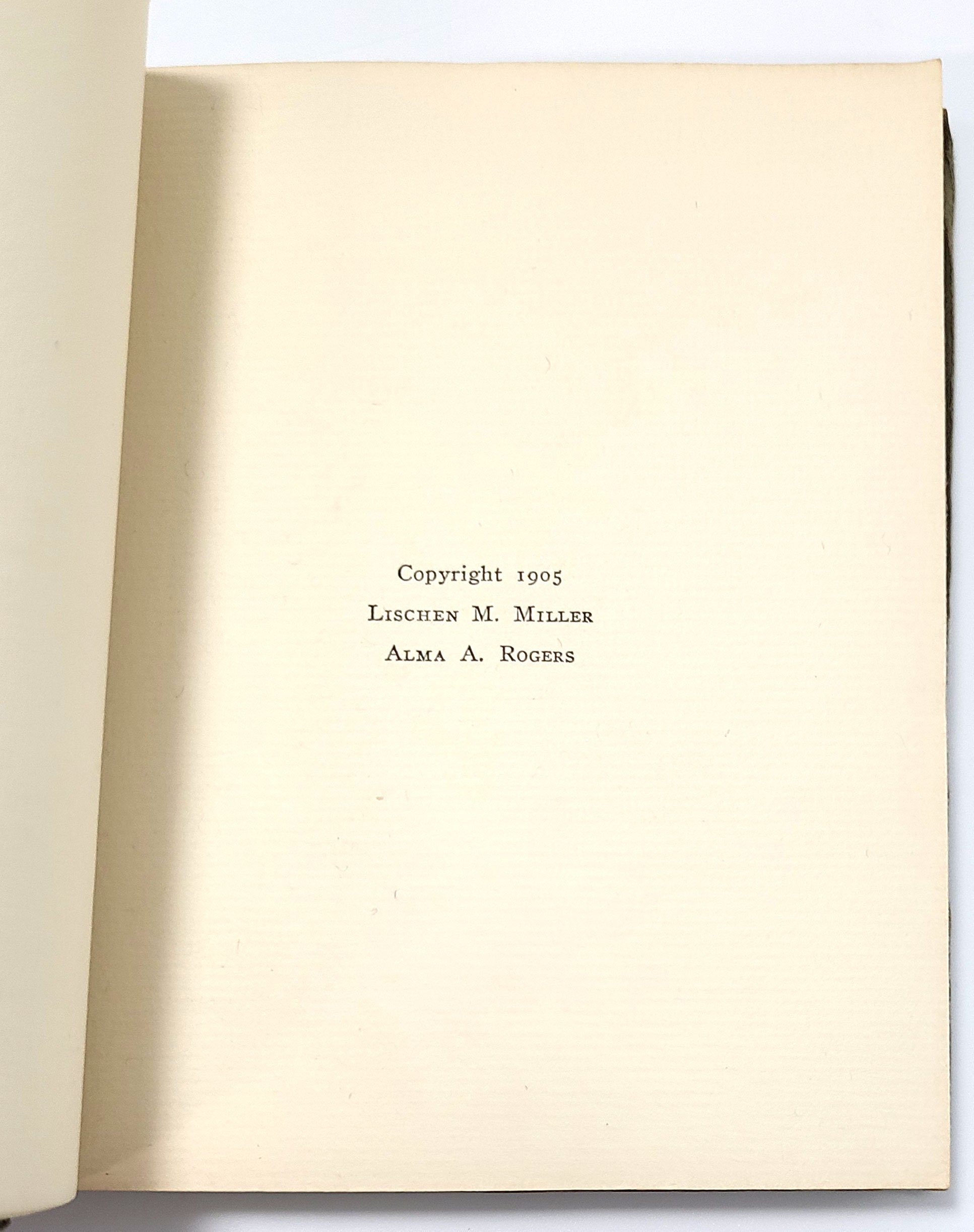 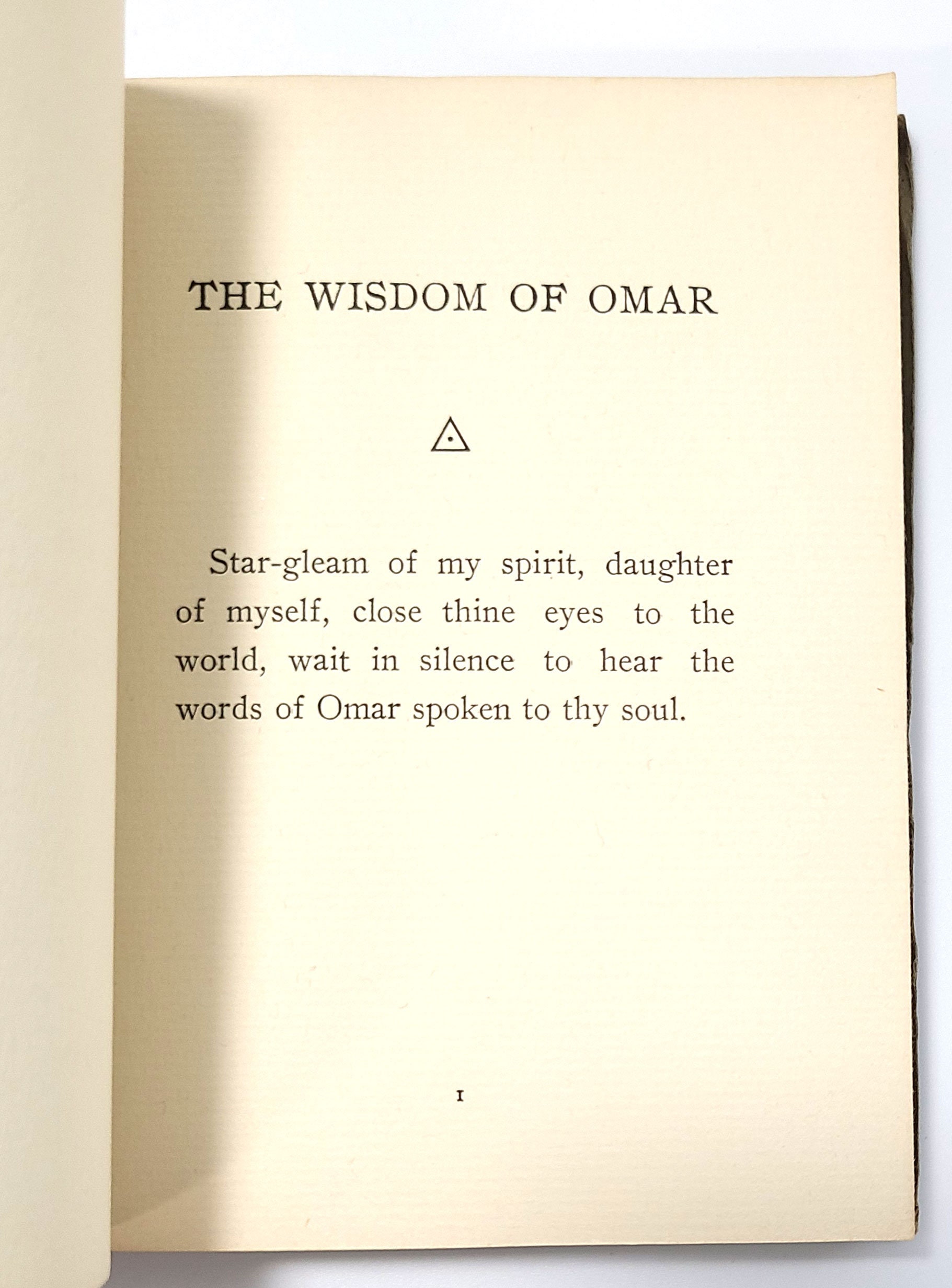 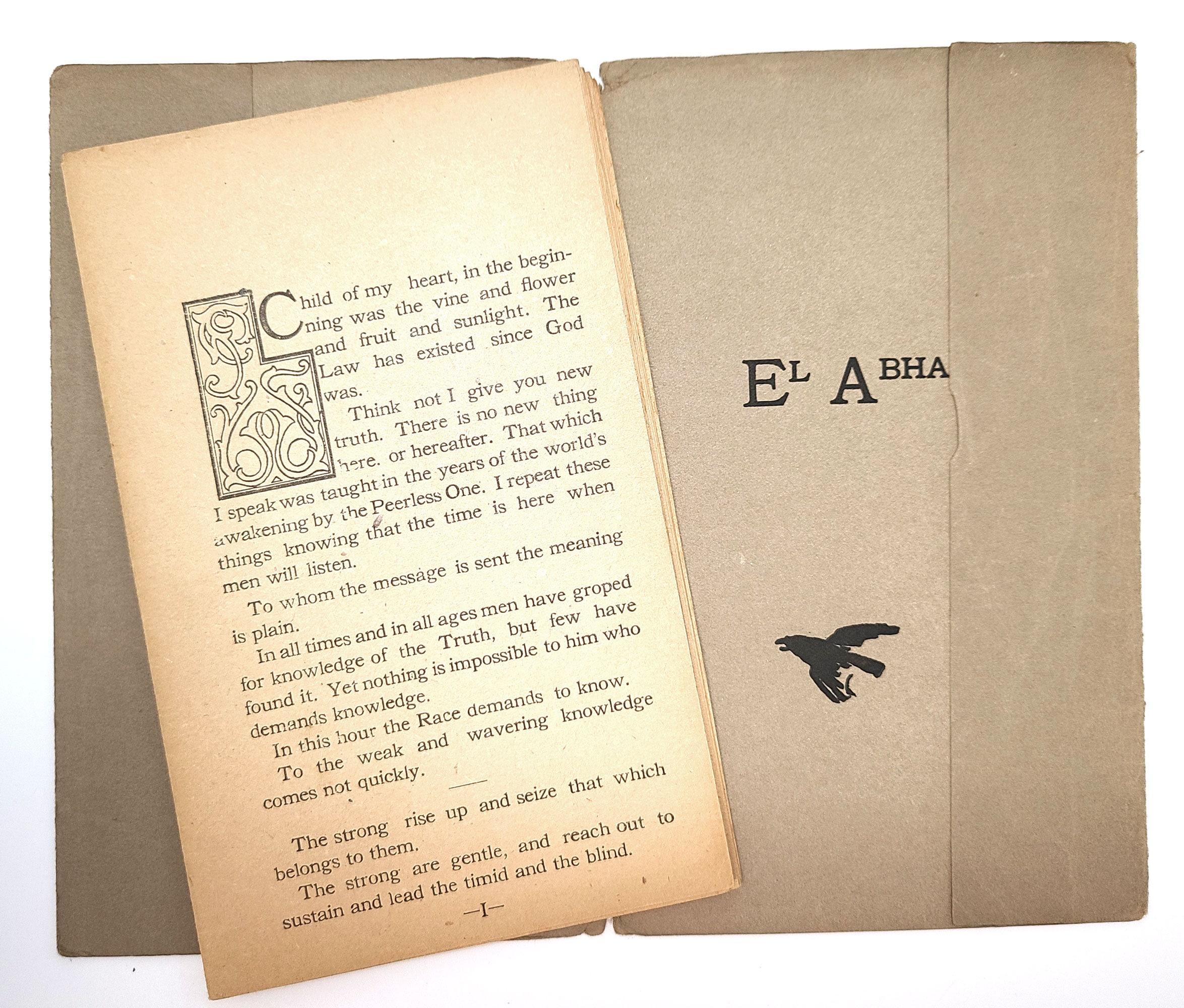 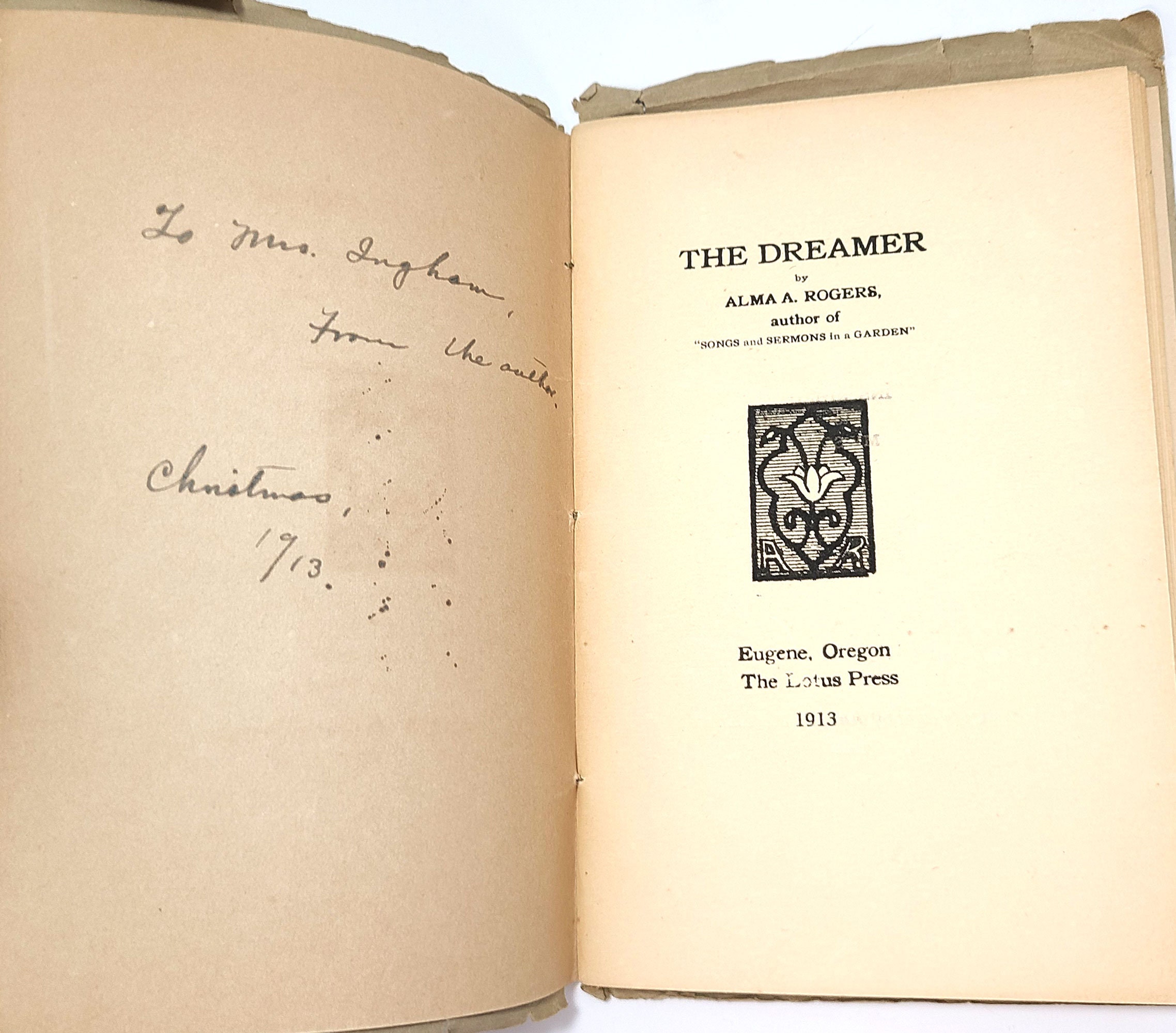 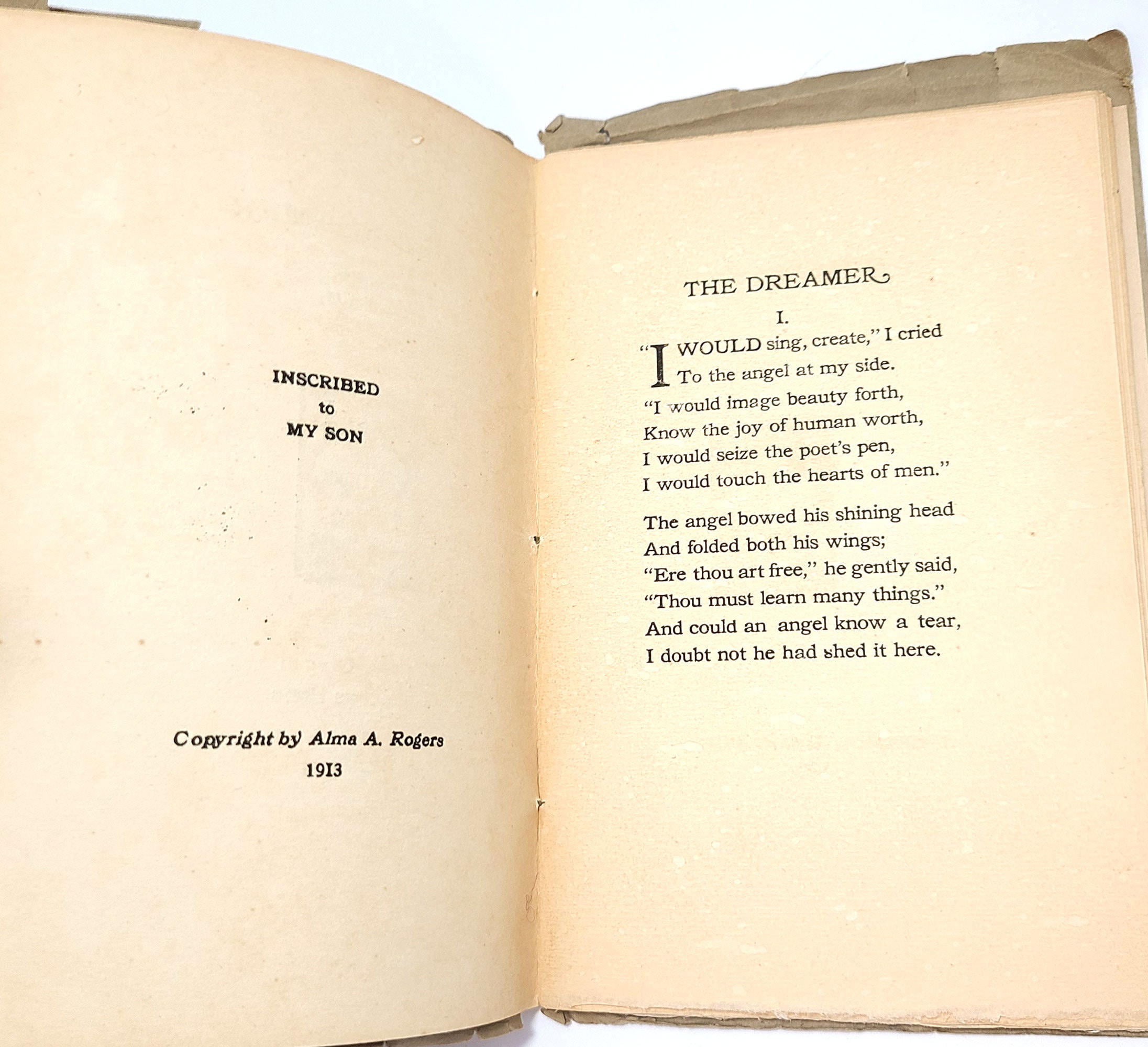 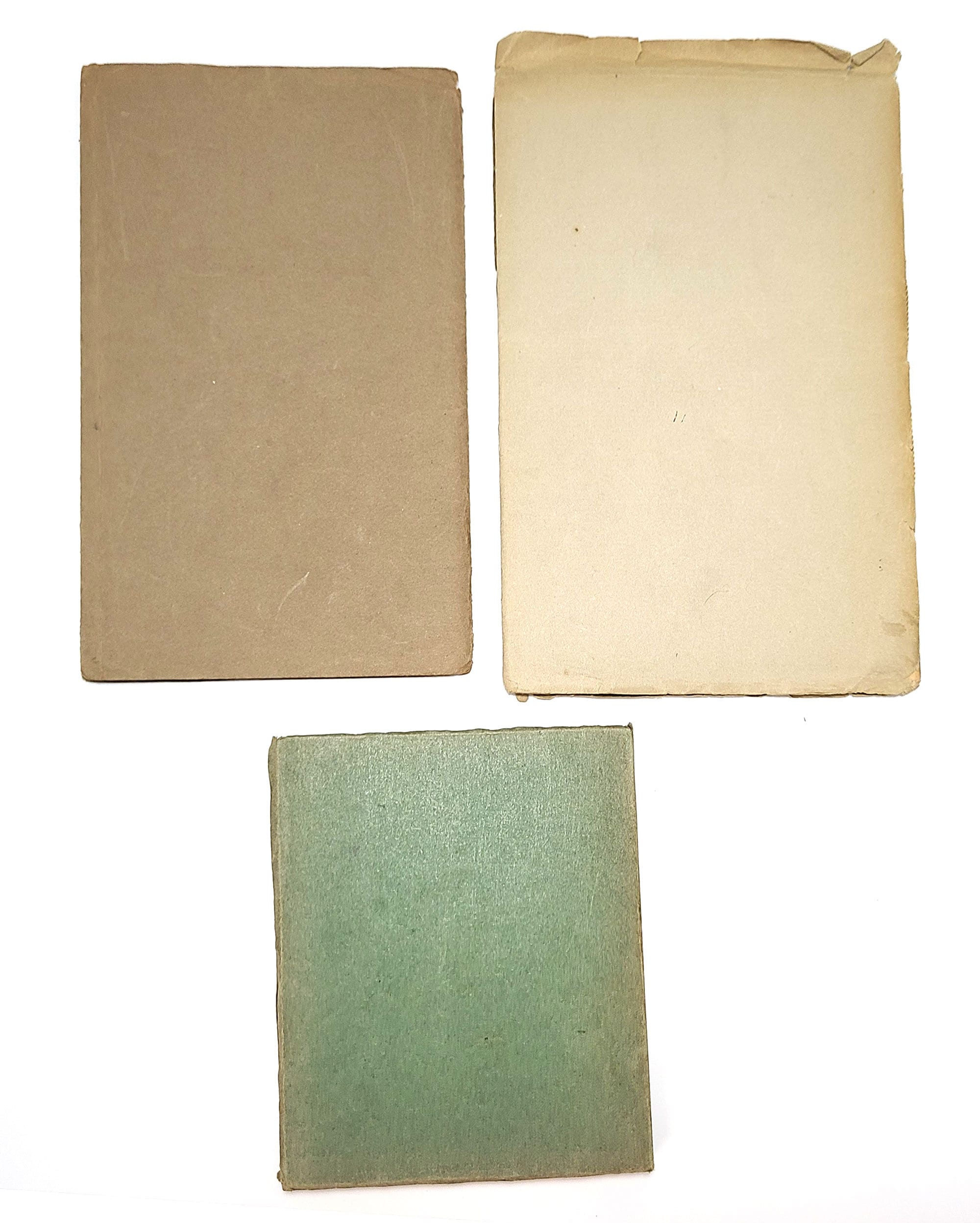 Title: [3 books by Alma A. Rogers] The Wisdom of Omar; Omar to Ardatha; The Dreamer

Description: Three books by Alma A. Rogers (including one inscribed), published in Oregon between 1905 and 1913. Scarce.

2) Omar to Ardatha. Published in an unbound format in wraps. No publication date or publisher indicated. Very good. Minor edge wear. Paper toned. Unmarked. 29 pp. 7.25 x 4.5 inches. The sequel to The Wisdom of Omar. A pre-publication Oregonian article gives the planned title as 'Omar to Ardatha, being the Instructions of Omar to His Daughter.'

3) The Dreamer. Inscribed by Alma Rogers. 1913. The Lotus Press, Eugene, Oregon. Fair copy. Inscribed to Mrs. Ingham, Christmas 1913. Letterpress. Sewn in wraps. Front cover is split and torn along spine. Placed in an archival sleeve for protection. [It is uncertain, but this is very likely Clara Cogswell Ingham, another Oregon author and Lischen Miller's sister.] Poetry.

Alma A. Rogers (b. 1866, Iowa) was a Portland author, photo-feminist, and a strong proponent of women's clubs. In 1892, she co-founded the Astoria Public Library (as vice president of the library association). During the first decade of the twentieth century she was living and writing in Portland, contributed regularly to The Oregonian, as well as to several major magazines, including Sunset, Munsey's Magazine, and Pacific Monthly.

Lischen Maud Cogswell Miller (1858-1915) was the sister-in-law of Joaquin Miller. She was born between Leaburg and Thurston on the McKenzie River and was a longtime resident of Eugene. She was one of the best-known literary women in the Northwest and a close friend of Alma's. She had been the editor of the Pacific Empire / Drift / Pacific Monthly when it was published in Portland and was a charter member of the State Women's Press Club.