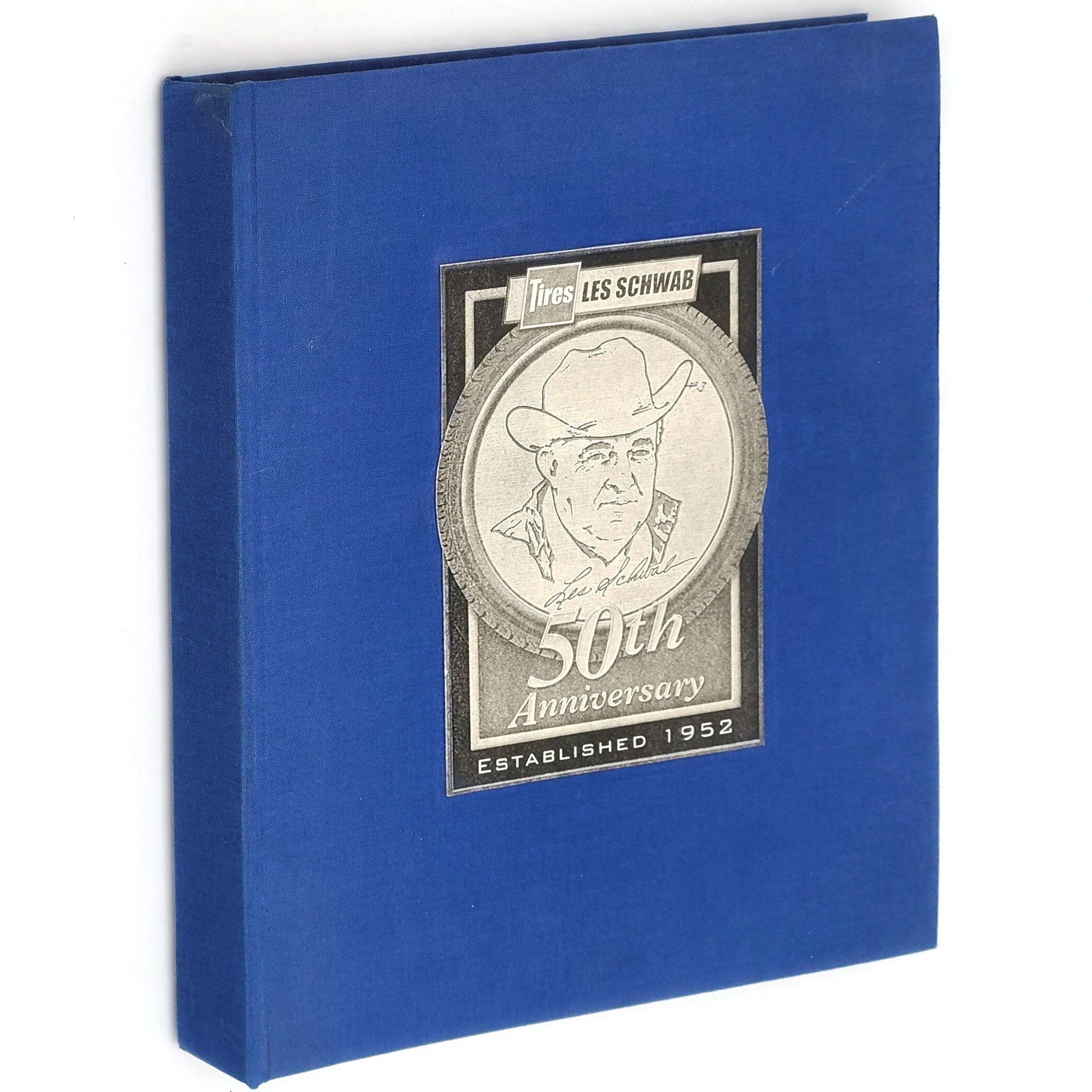 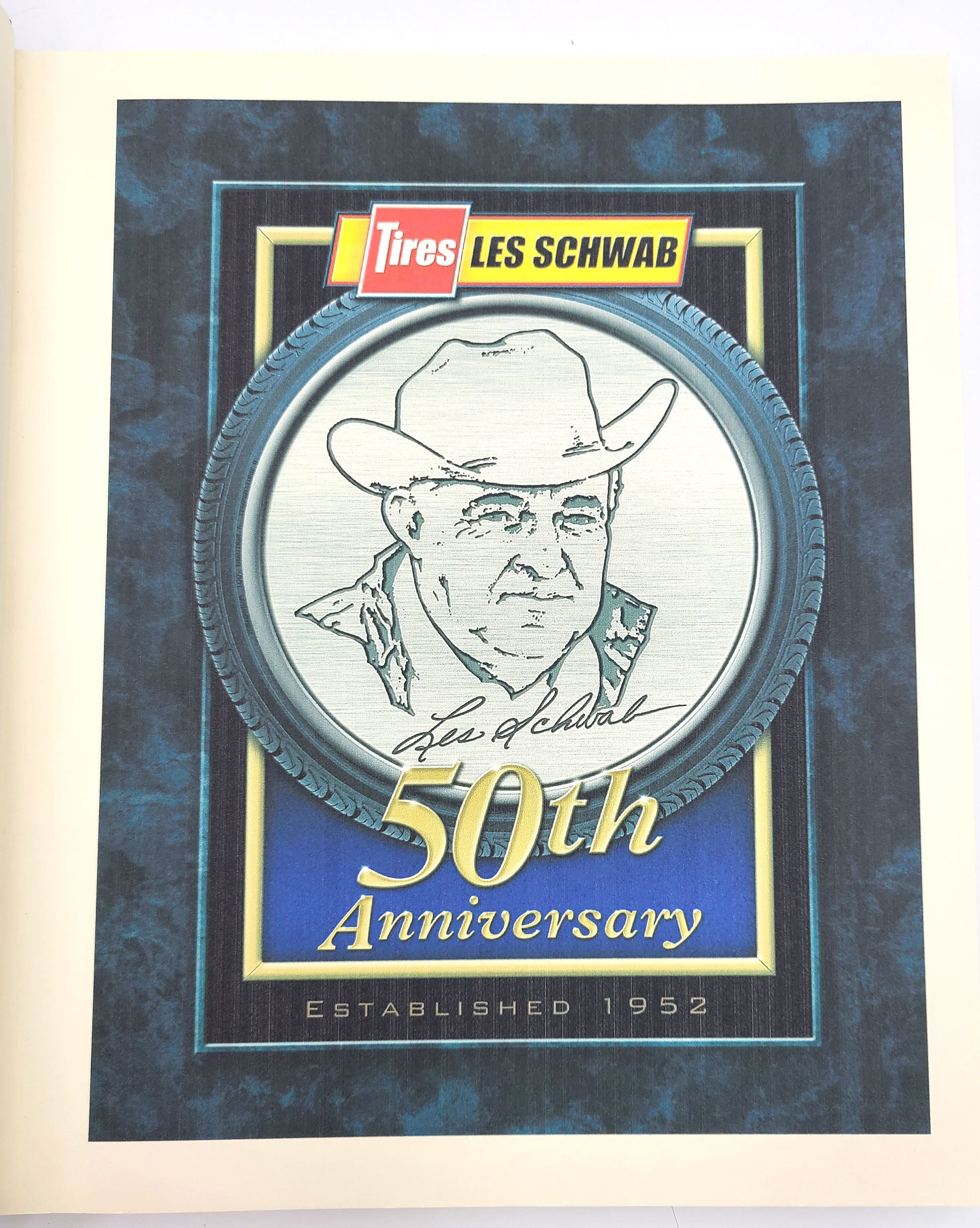 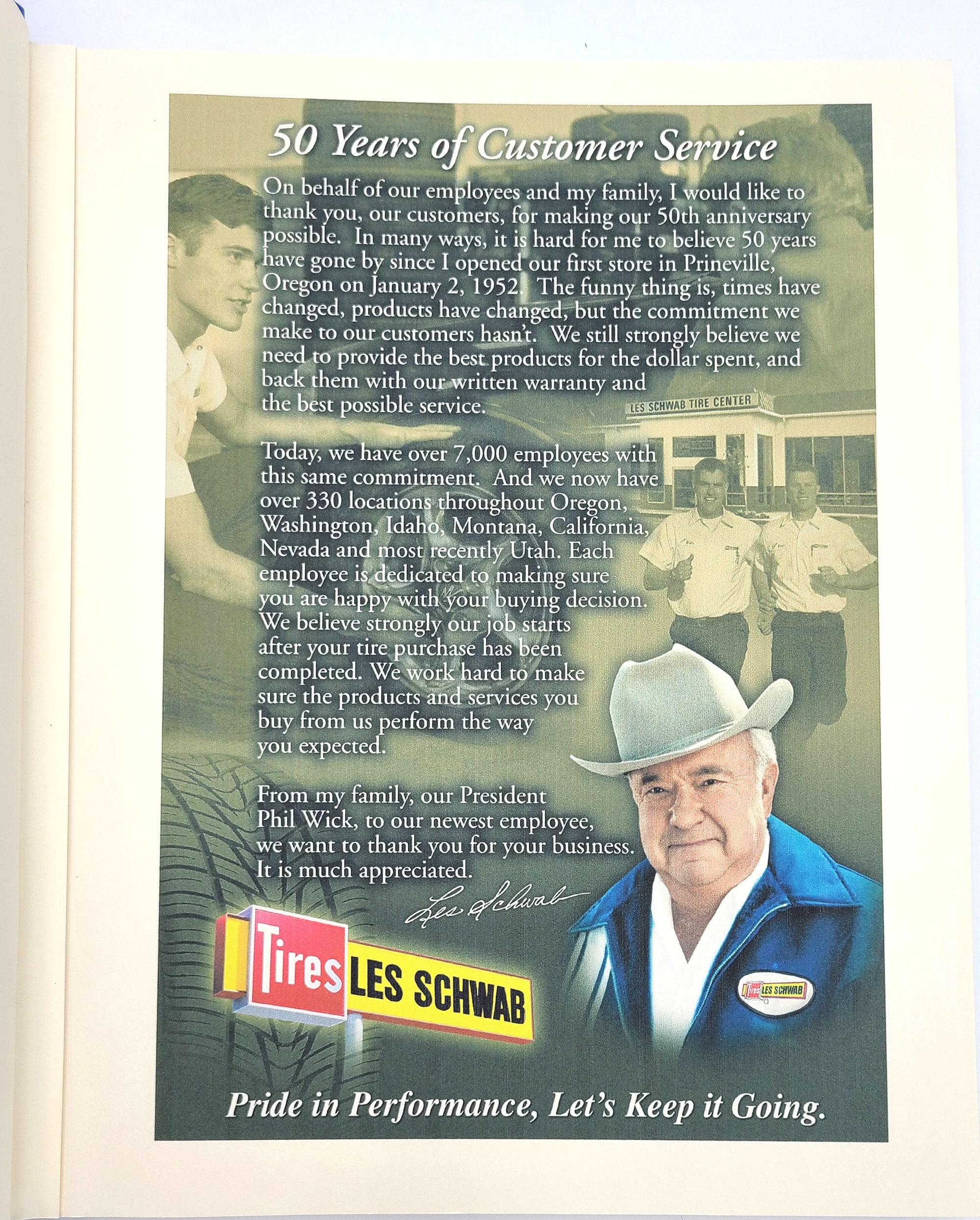 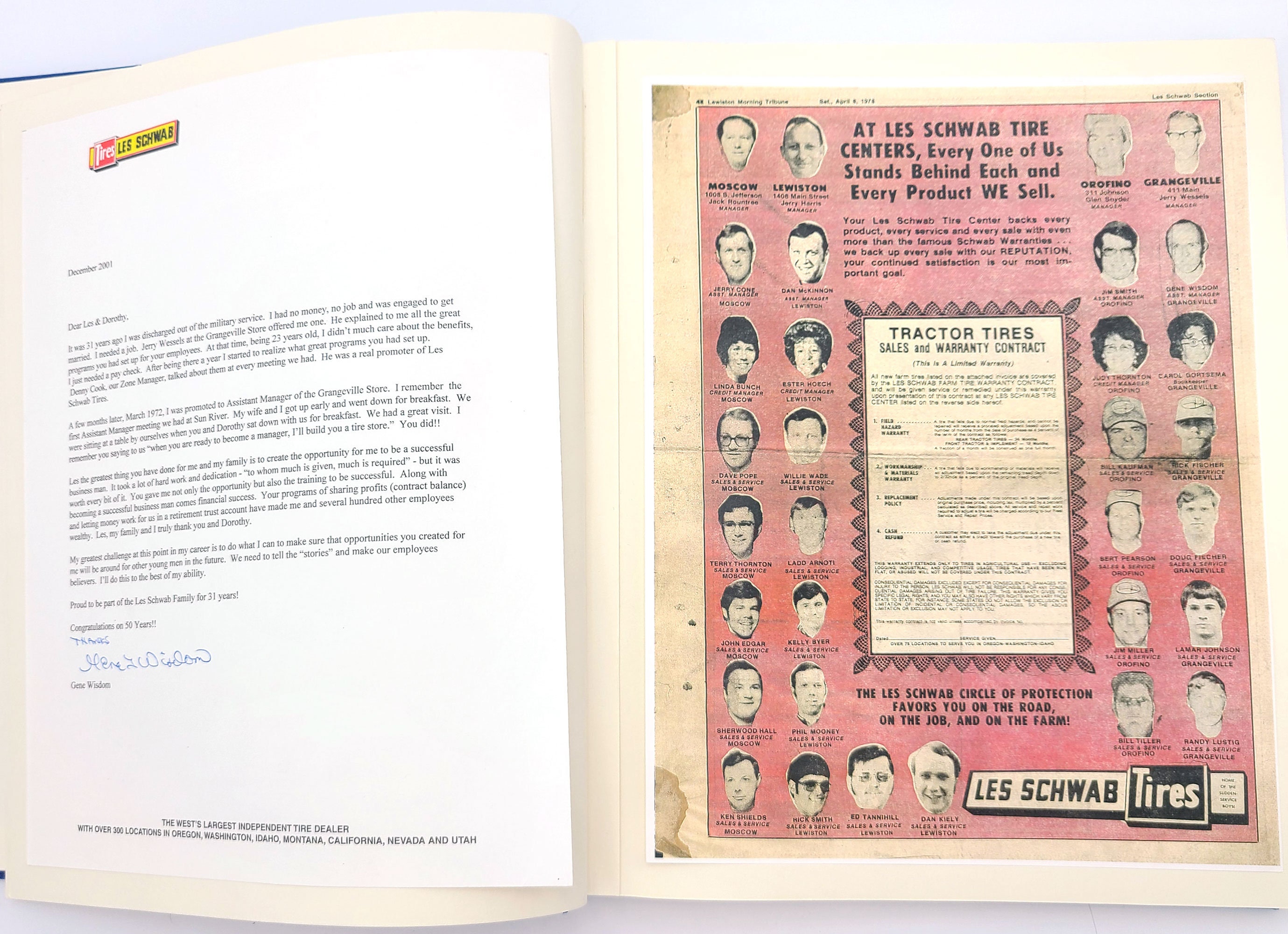 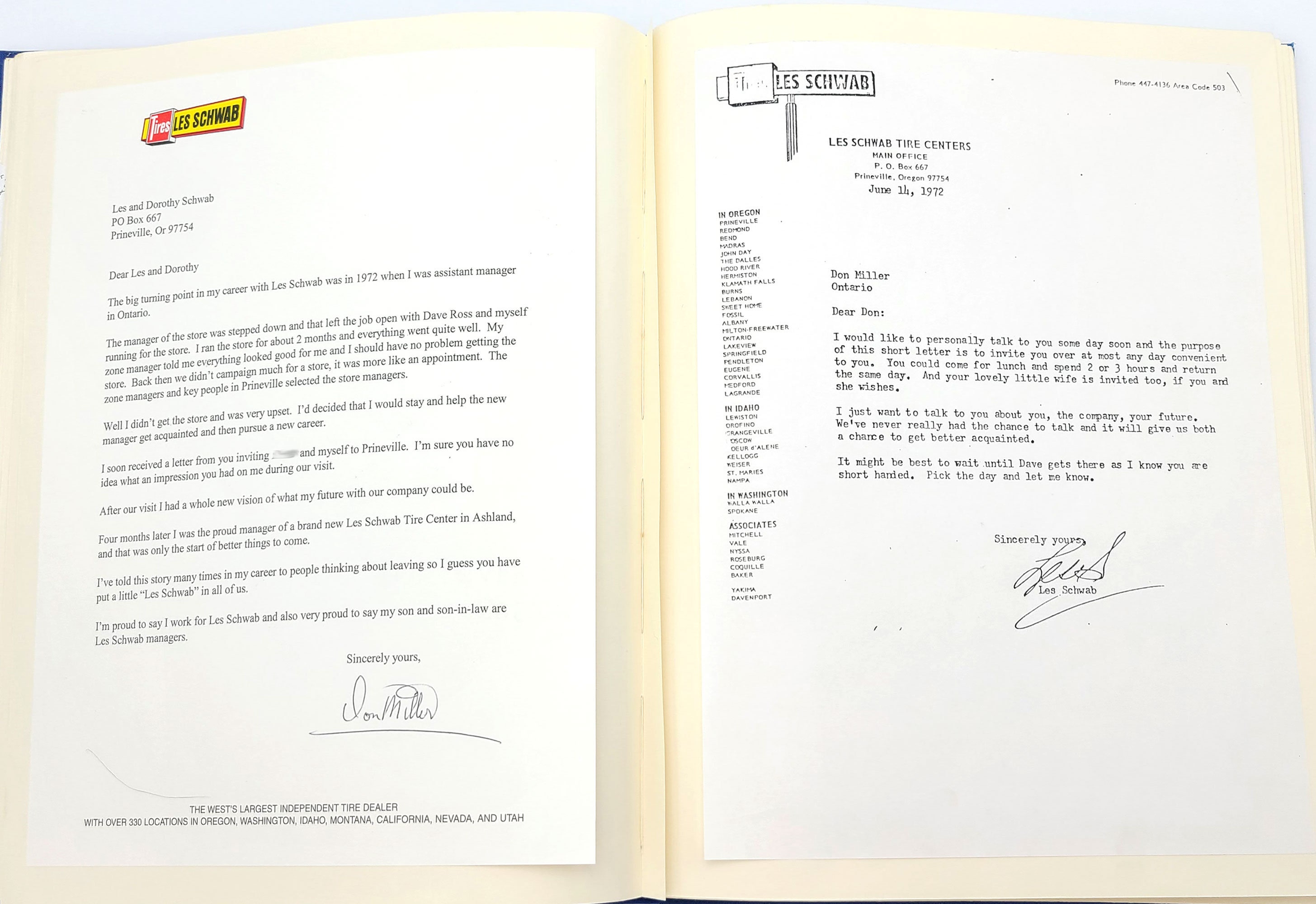 Description: Boards in blue cloth with a paper title block on the front cover. Spine cocked. Minor spot of soiling to top of spine. Interior is clean and unmarked. [61] pp. 12 x 10 inches.

Includes 25 original, typed, hand-signed letters written to Les (or Les & Dorothy) by location or zone managers, each especially composed for inclusion in this commemorative book. The letters typically relate a narrative that describes the person's history with the company, express how personally meaningful it has been to have been part of the company. Some also tell stories of in-person interactions with Les Schwab himself.

The book also includes six unsigned letters from managers, photocopies of four letters written by Les Schwab, a couple original color photographs of Les at the 2001 Grand Opening of the Folsom location, a handful of reproductions of Les Schwab full page advertisements from the 1970s (including a spread with 32 small portraits of Idaho personnel (Moscow, Lewiston, Orofino, Grangeville), and a few original scrap-booked items.

In 2002, there were 345 Les Schwab Tire Centers in the Western United States. The company was founded in 1952 in Prineville, Oregon.