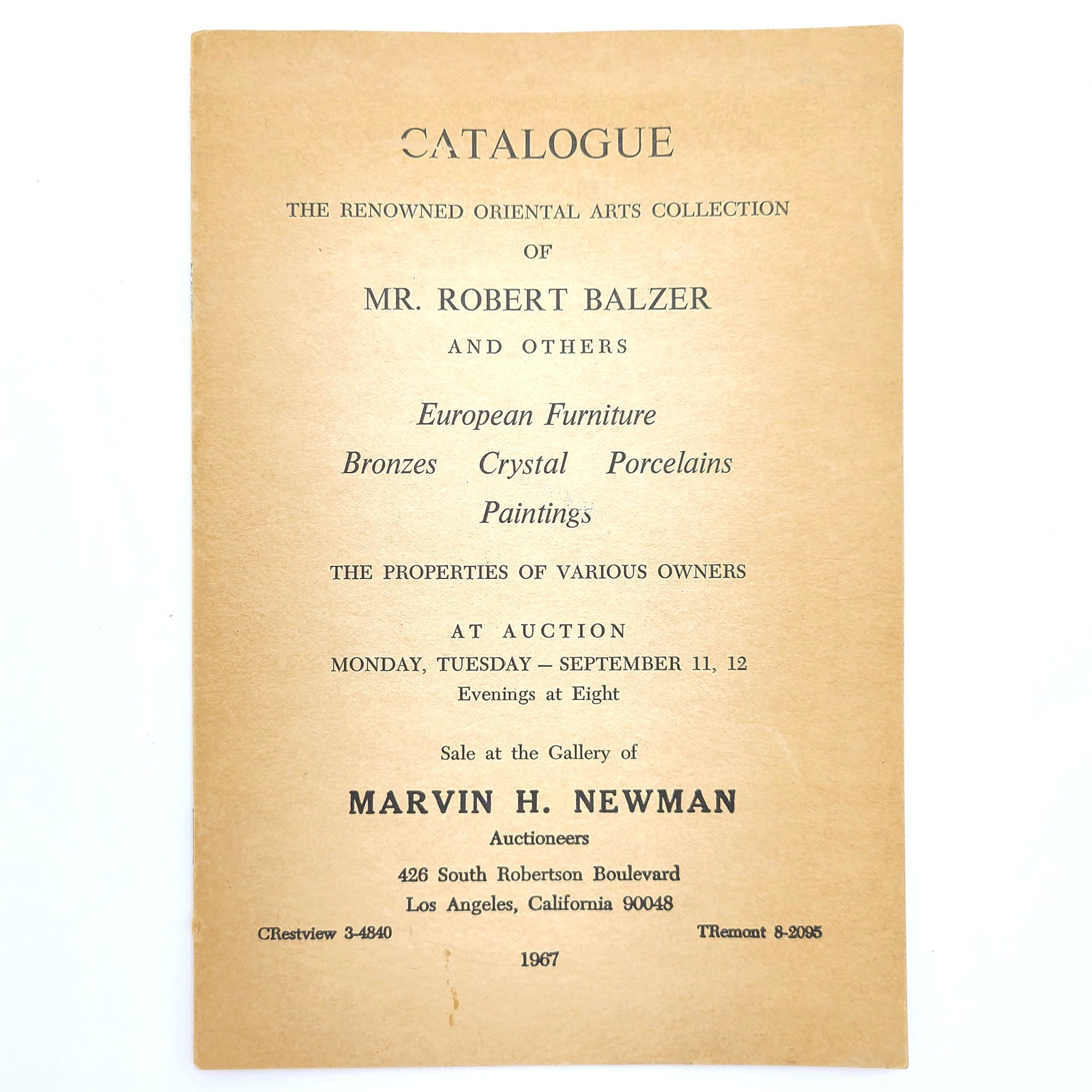 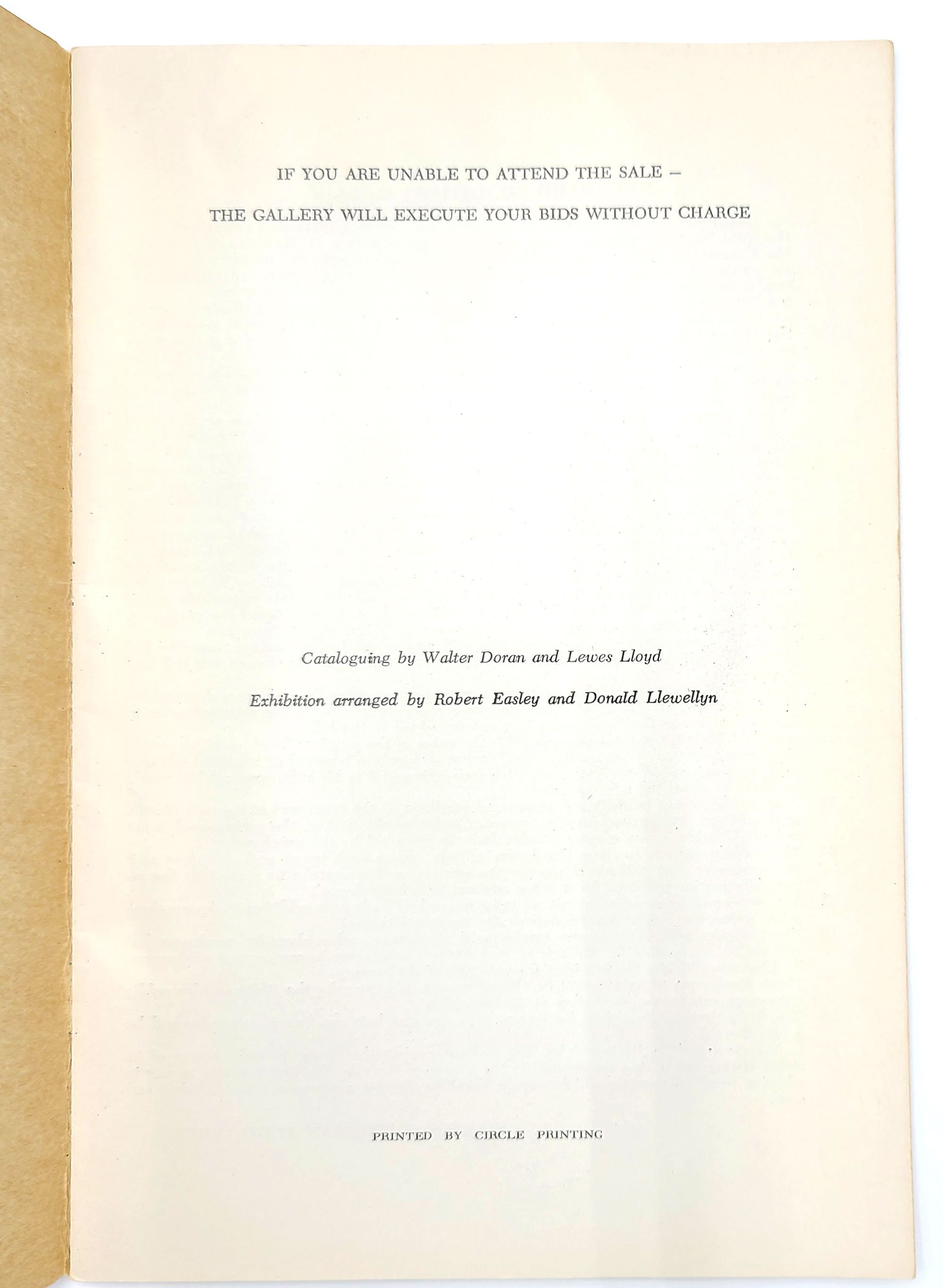 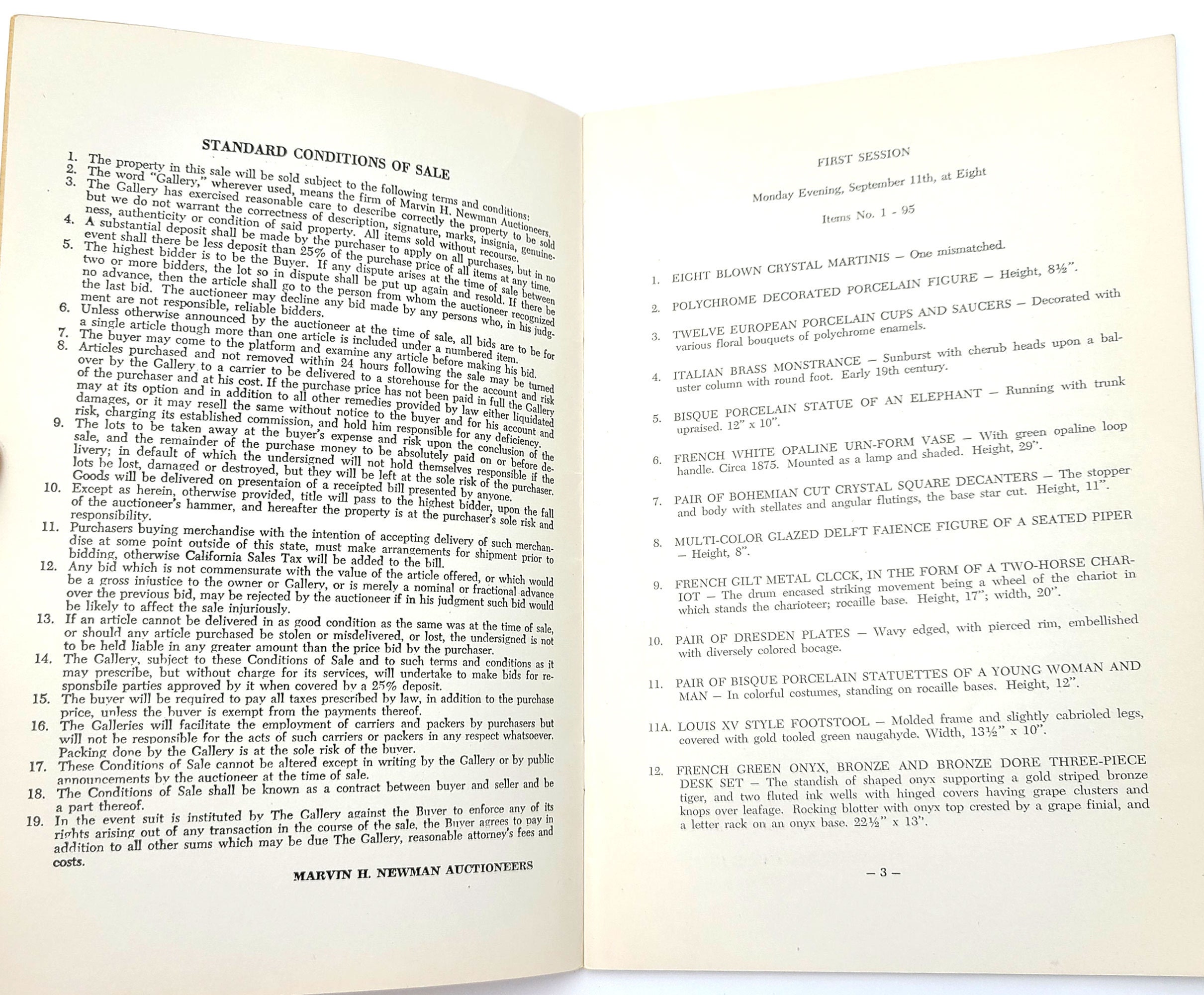 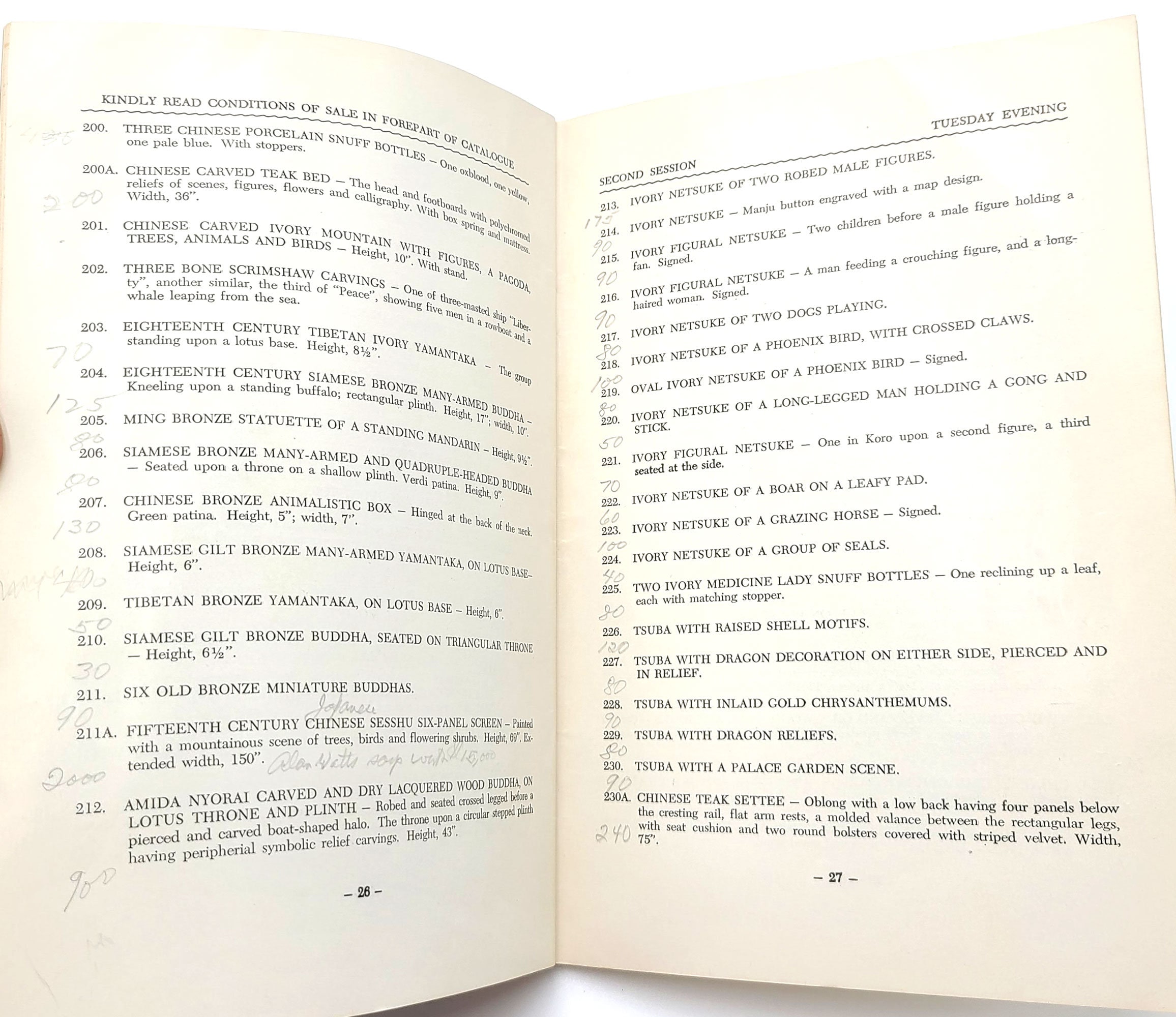 Description: Staple-bound in card covers. Covers toned; spot of discoloration on rear cover. Prices realized are penciled-in for most of the day-two items (the Oriental part of the auction). 30 pp. 8.75 x 5.75 inches. 330 items cataloged.

Watts certainly had taken notice of the Sesshu screen at Balzer's home, so much so that he specifically mentions it in his 1972 autobiography. He writes, in detailing some of the fantastic private homes he visited in Southern California, ''Robert Balzer's Japanese fantasy, high on the Hollywood hills, with polished wooden corridors, white carpets, Chinese statuary, and a screen by Sesshu, where this celebrated gourmet, chef, winemaster, and Buddhist entertained us one evening to an imitation of Merce Cunningham dancing to the music of John Cage...''. Lucky bidder, the item sold for $2000.

Robert Balzer (1912-2011) was one of California's earliest and most influential wine writers. He was also an educator, author and restaurateur. During the 1950s, while on assignment as a press photographer, he studied Buddhism at a Cambodian temple, becoming an ordained teaching monk.