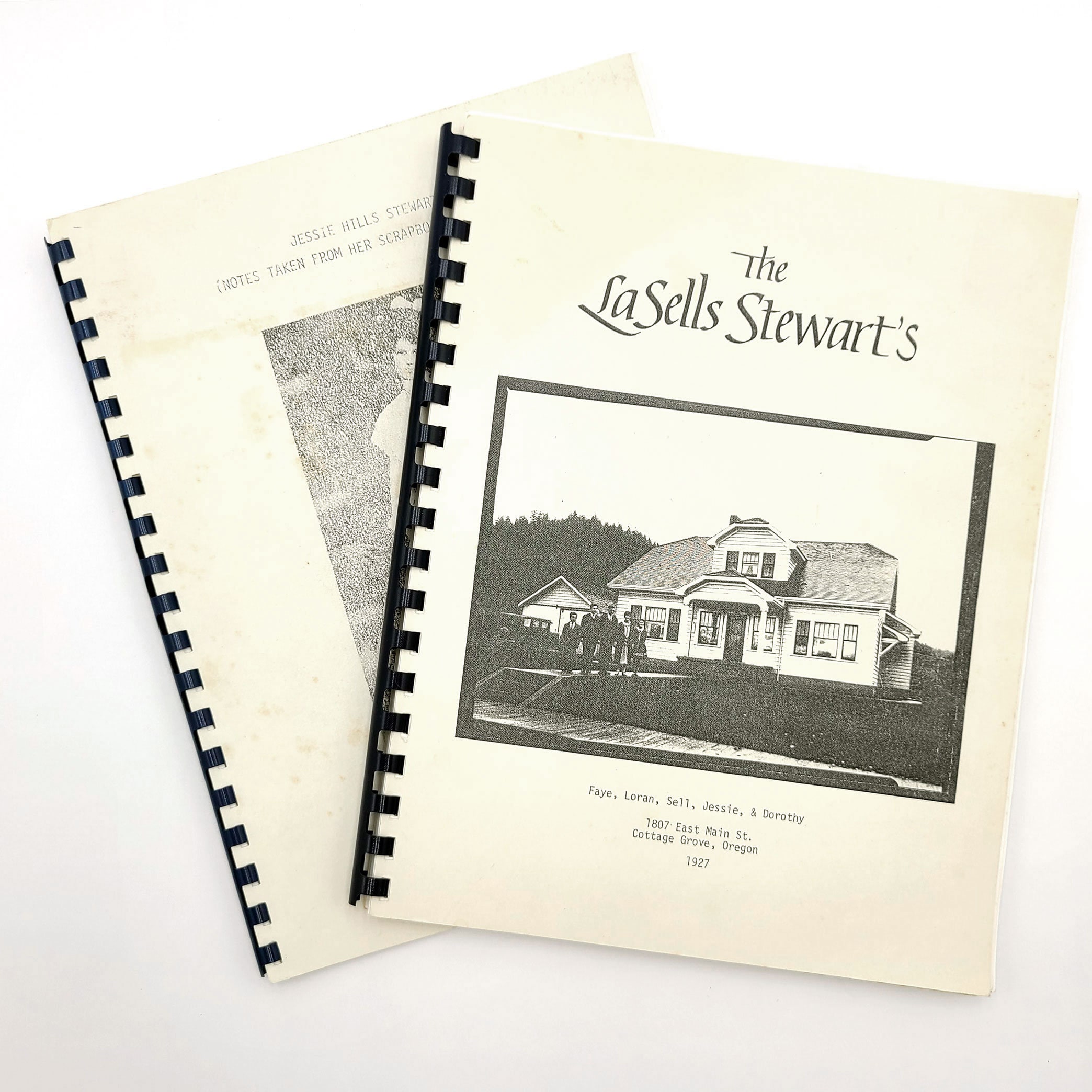 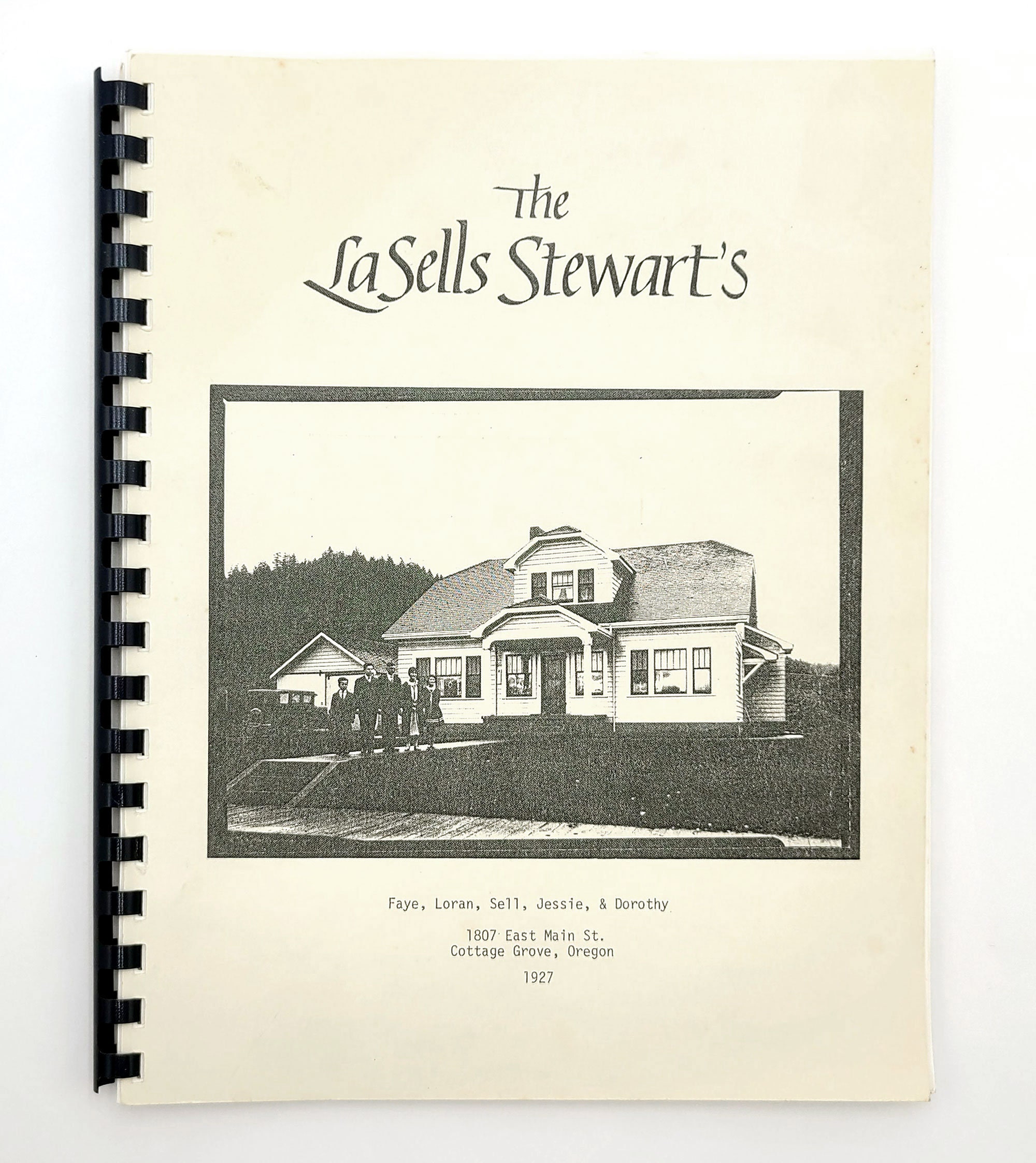 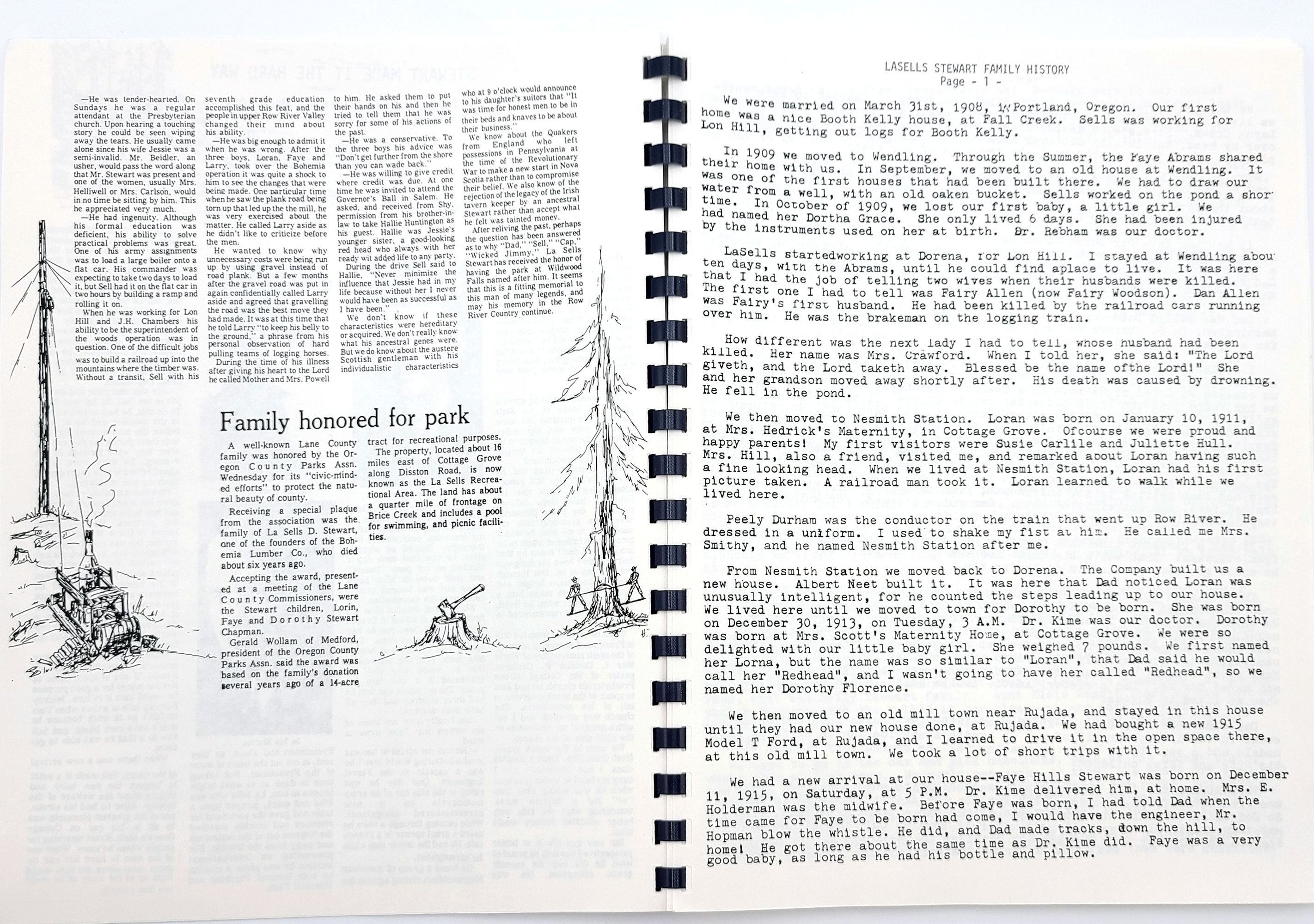 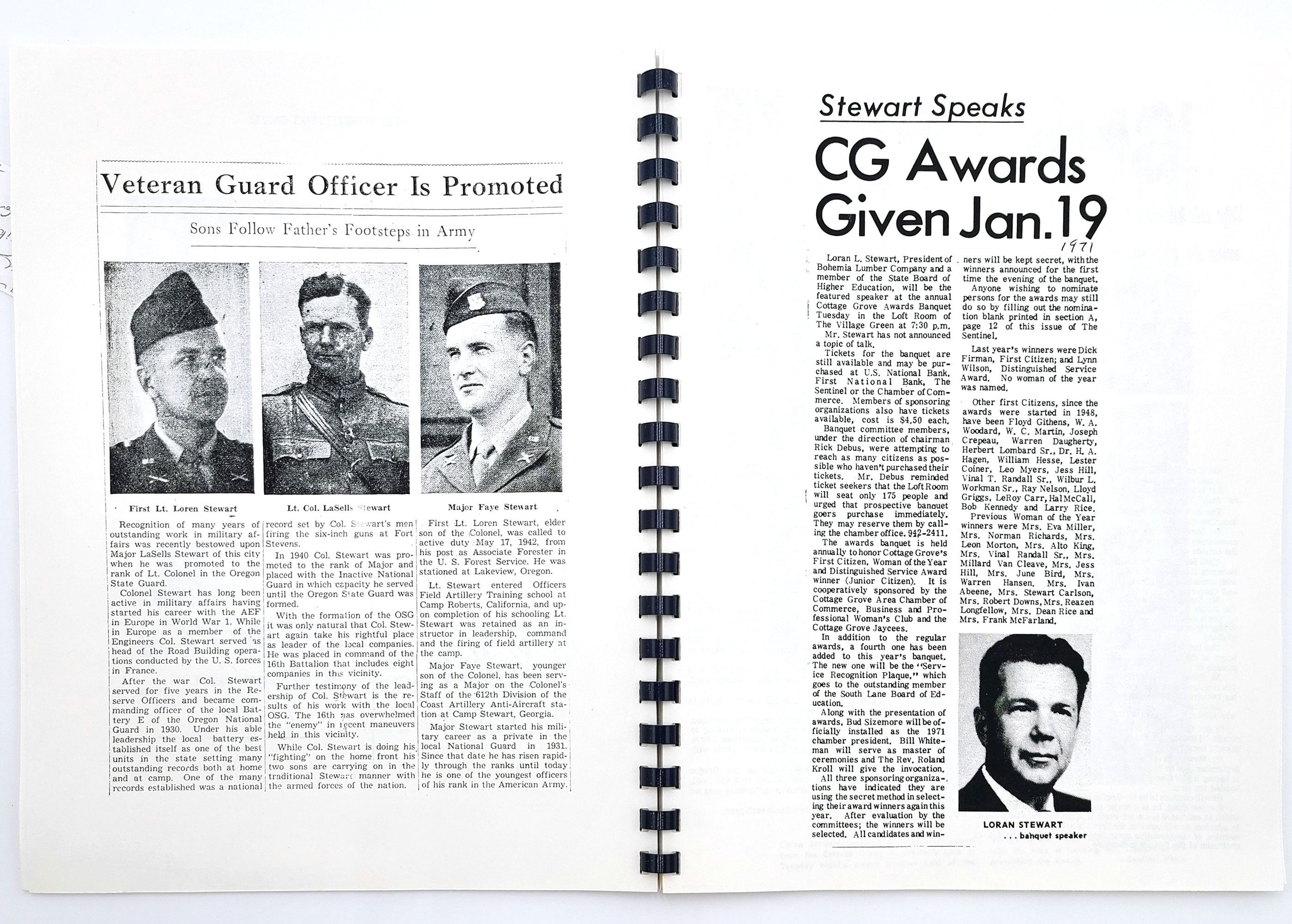 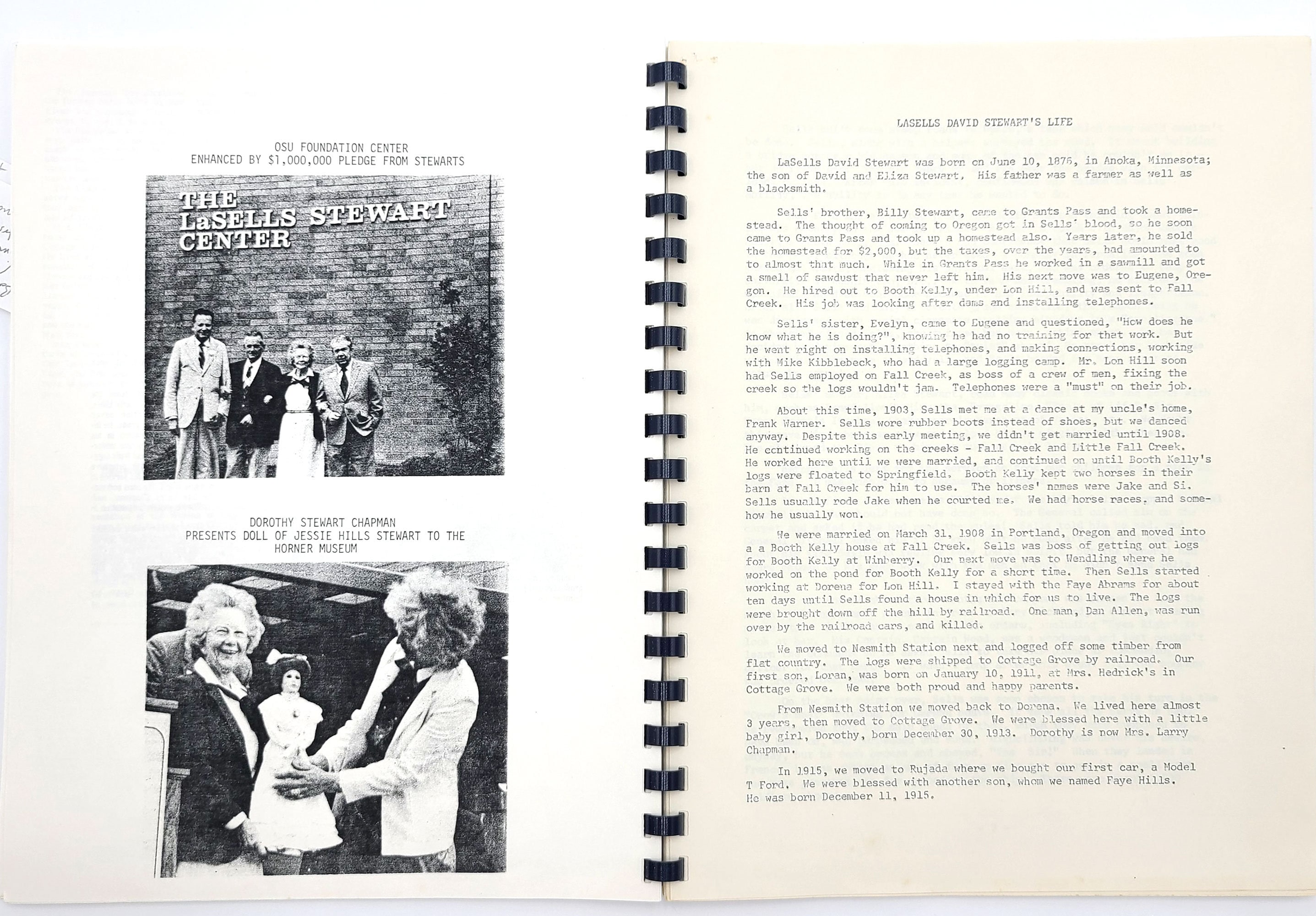 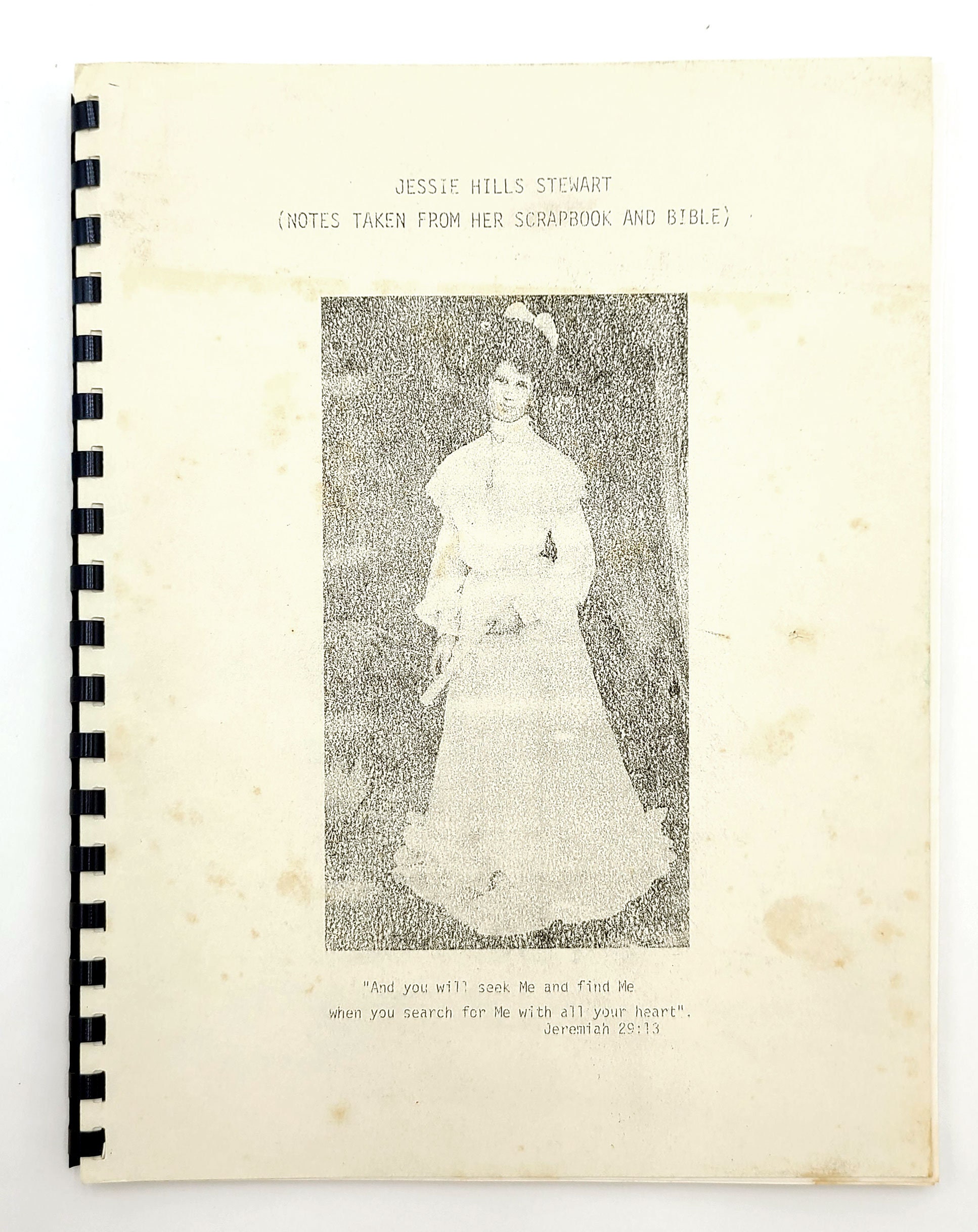 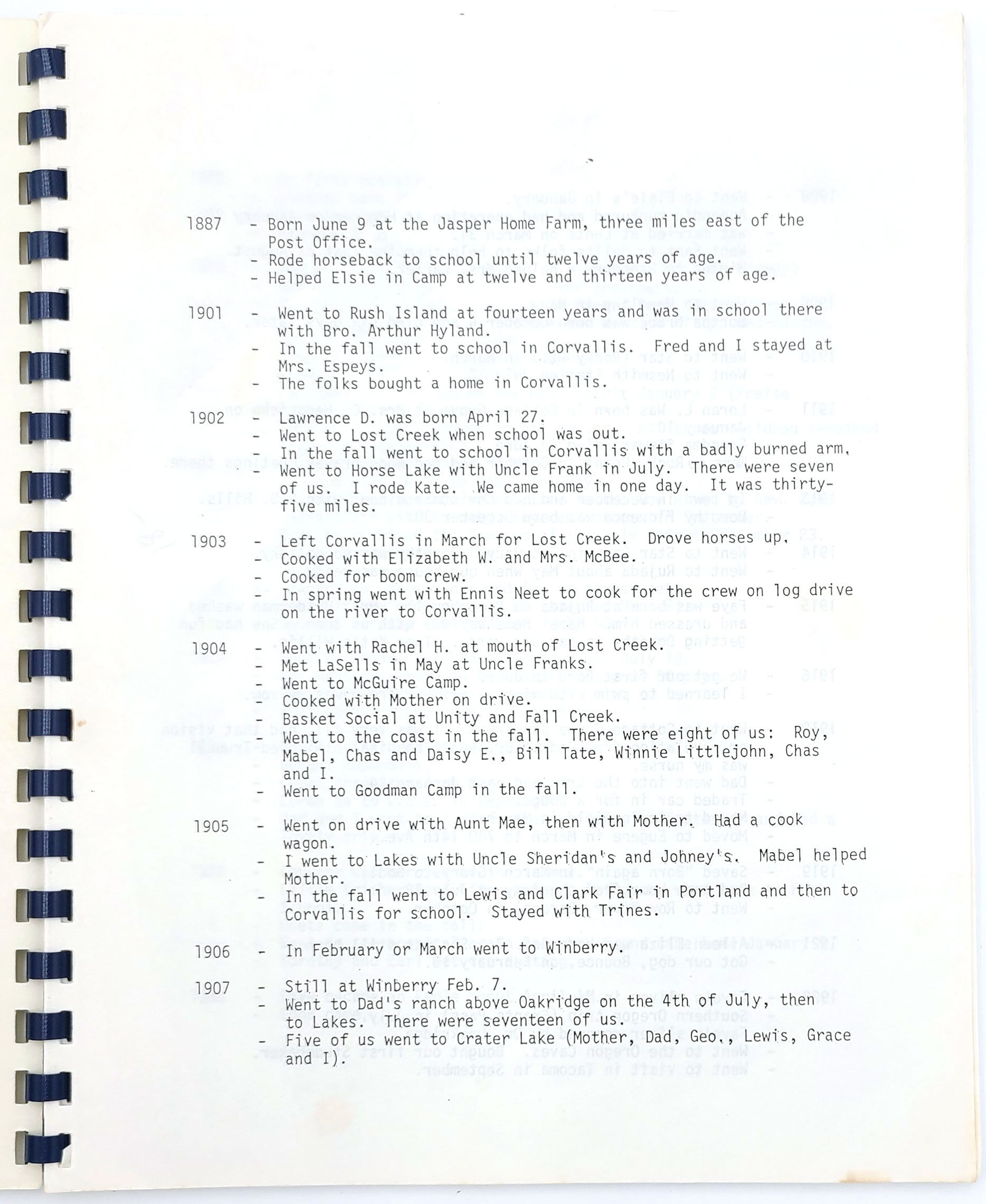 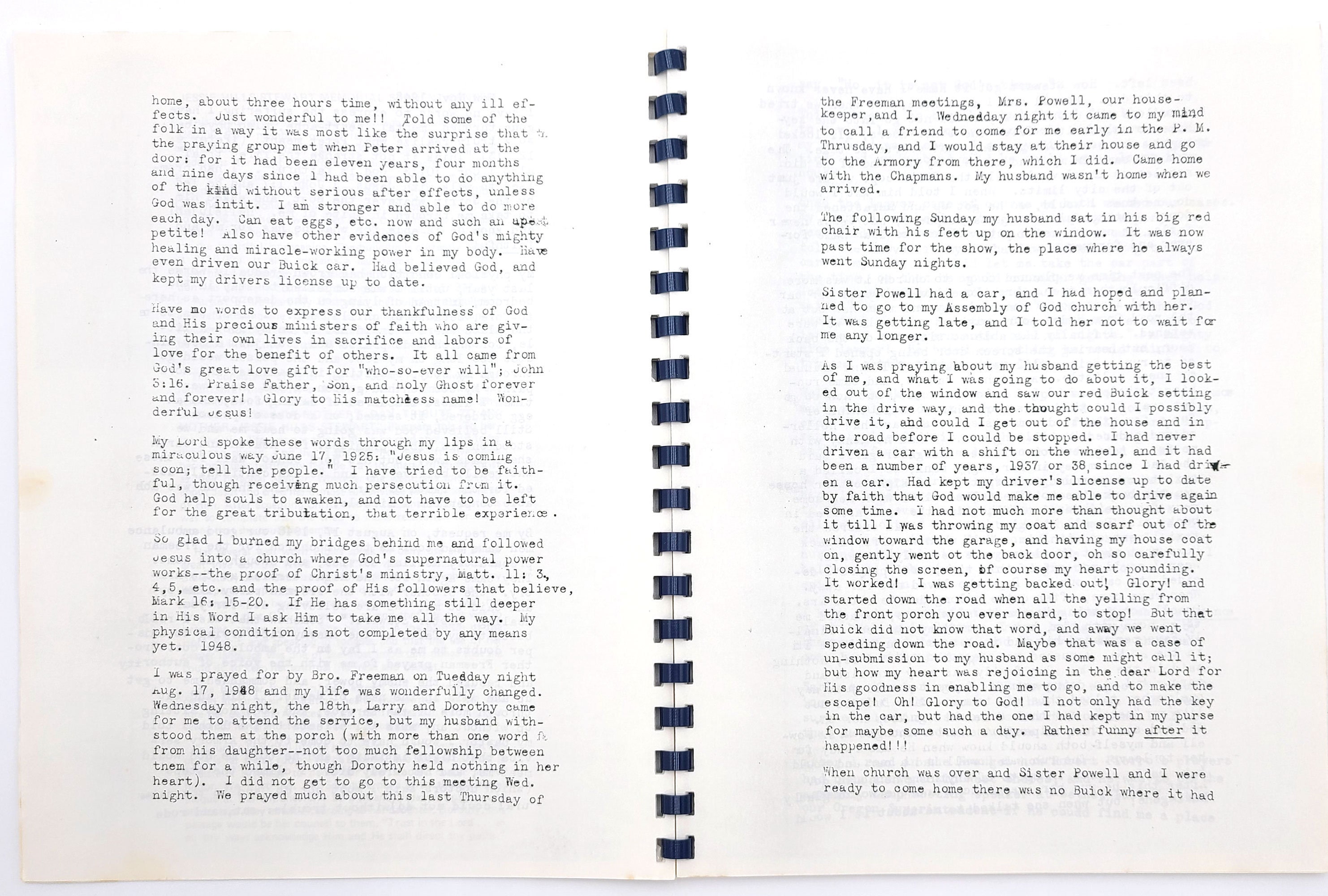 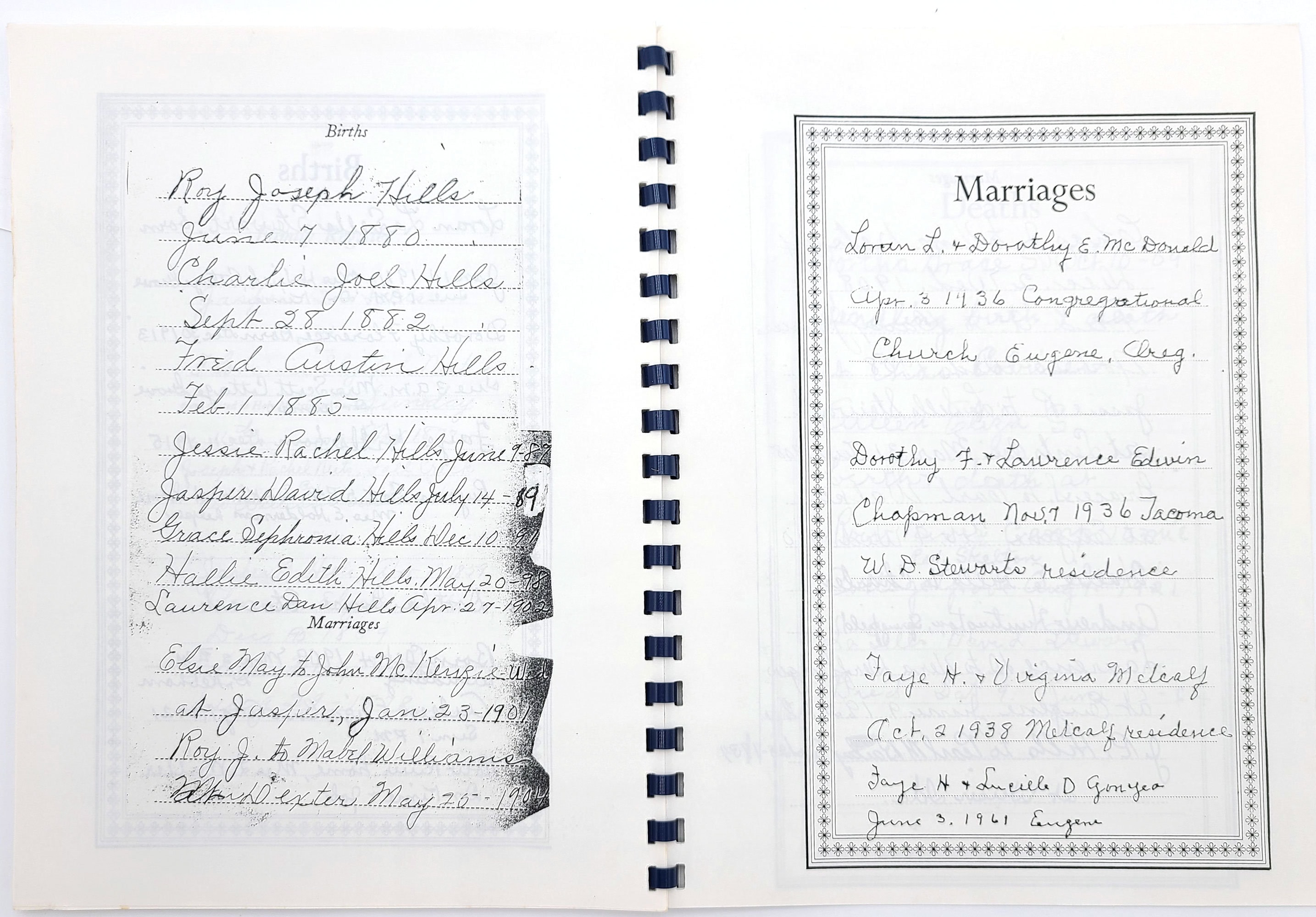 Description: Two privately printed volumes. Comb-bound in card covers. Some soiling to the front cover and a little page soiling to the Jessie Hills Stewart volume. Interiors are unmarked. 11 x 8.5 inches. No copies noted on OCLC.

Two volumes documenting the Stewarts, a notable logging family from Lane County, Oregon. The family's business was the Bohemia Lumber Company. LaSells and Jessie's son, L. L. ''Stub'' Stewart, has a state park near Vernonia named for him.

1) The LaSells Stewart's. Photocopy print. [84] pp. Family history of LaSells David Stewart (1876-1964), his wife Jessie Rachel Hills Stewart, and their three children, Faye, Loran ''Stub'', and Dorothy. The Stewarts were a logging family, with LaSells originally coming to Oregon from Minnesota and working as a foreman for the Booth-Kelly Lumber Company. In 1918 he formed the Bohemia Lumber Company in Cottage Grove, which was then bought by his sons in 1946. Includes a few letters written by Jessie (1913-1914); several pieces about LaSells work in France during WWI as a forester with the Army Engineers. In 1983, the LaSells Stewart Center for the Performing Art was opened at Oregon State University. Includes many family photographs, newspaper clippings, and other ephemeral documents.

2) Jessie Hills Stewart (Notes Taken from Her Scrapbook and Bible). Photocopy print. [88] pp. Includes a detailed 6-page life chronology for the years 1887 to 1949; seven-pages of her personal account of her illness and suffering between 1948 and 1961; 8 pages photocopied from her Bible that record the births, marriages, and deaths in the family; material on the dedication of the Jessie Hills Stewart Memorial Student Center and Dormitory at Eugen Bible College (1978). The remainder of the material is her scrapbooked religious items (various poems, sermons, clippings, bits about Eugene's Lighthouse Temple, etc.).

Jessie Hills Stewart (1887-1972) was born in Jasper, Oregon. In 1908, she married LaSells David Stewart. The Stewarts had three children: Faye, Loran ''Stub'', and Dorothy. She was a very devout Christian woman, as is evidenced in her writings and the materials she collected.