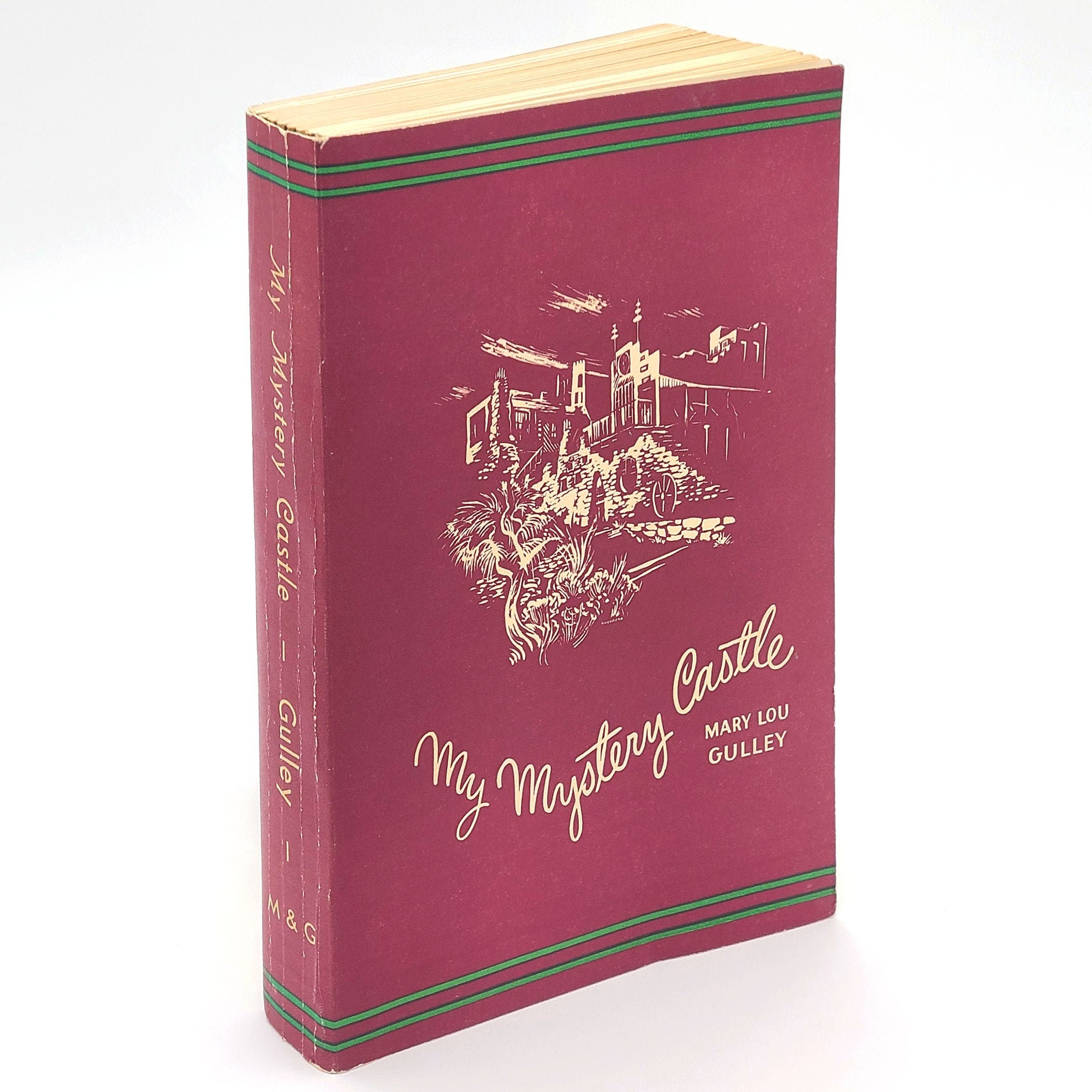 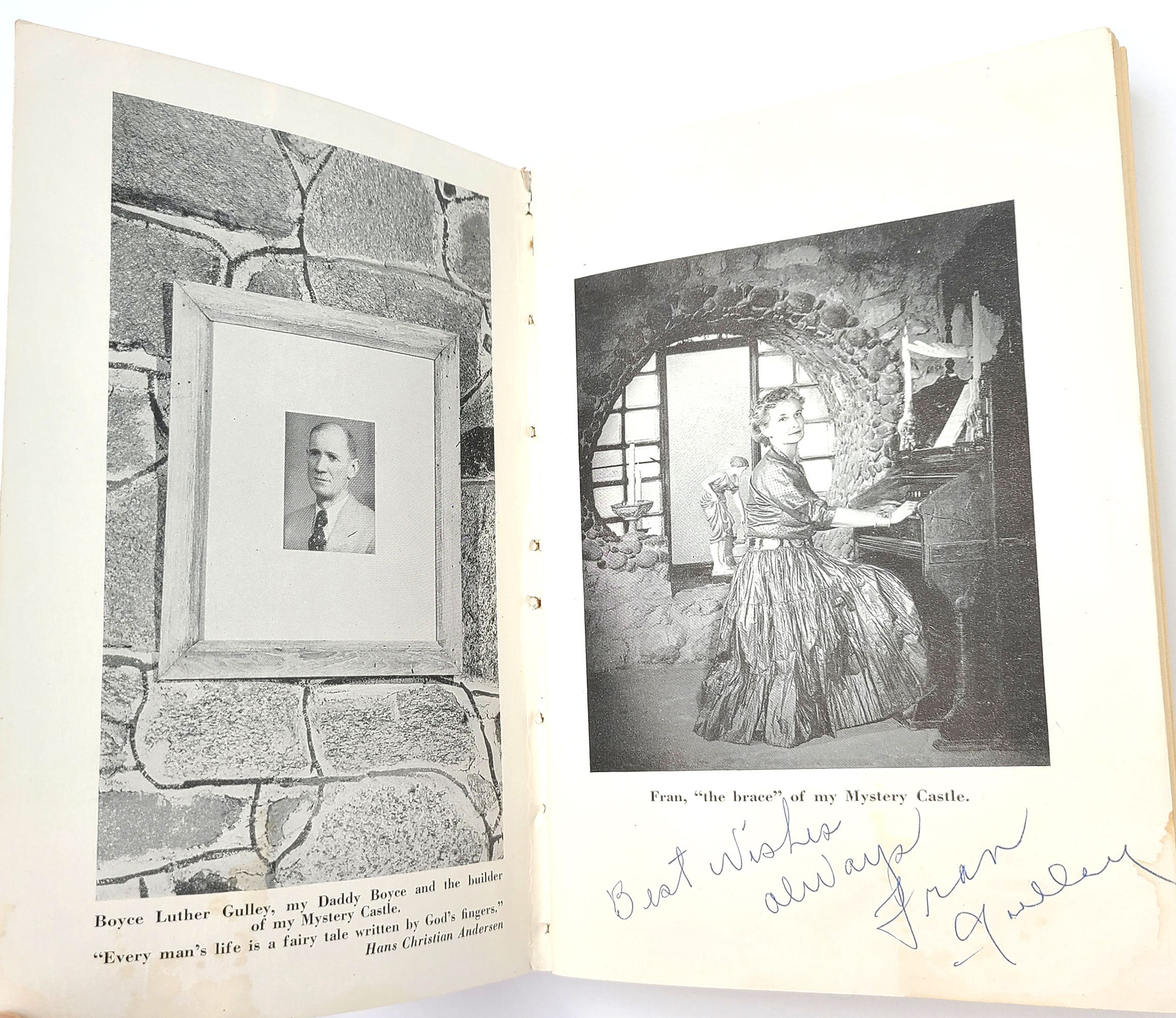 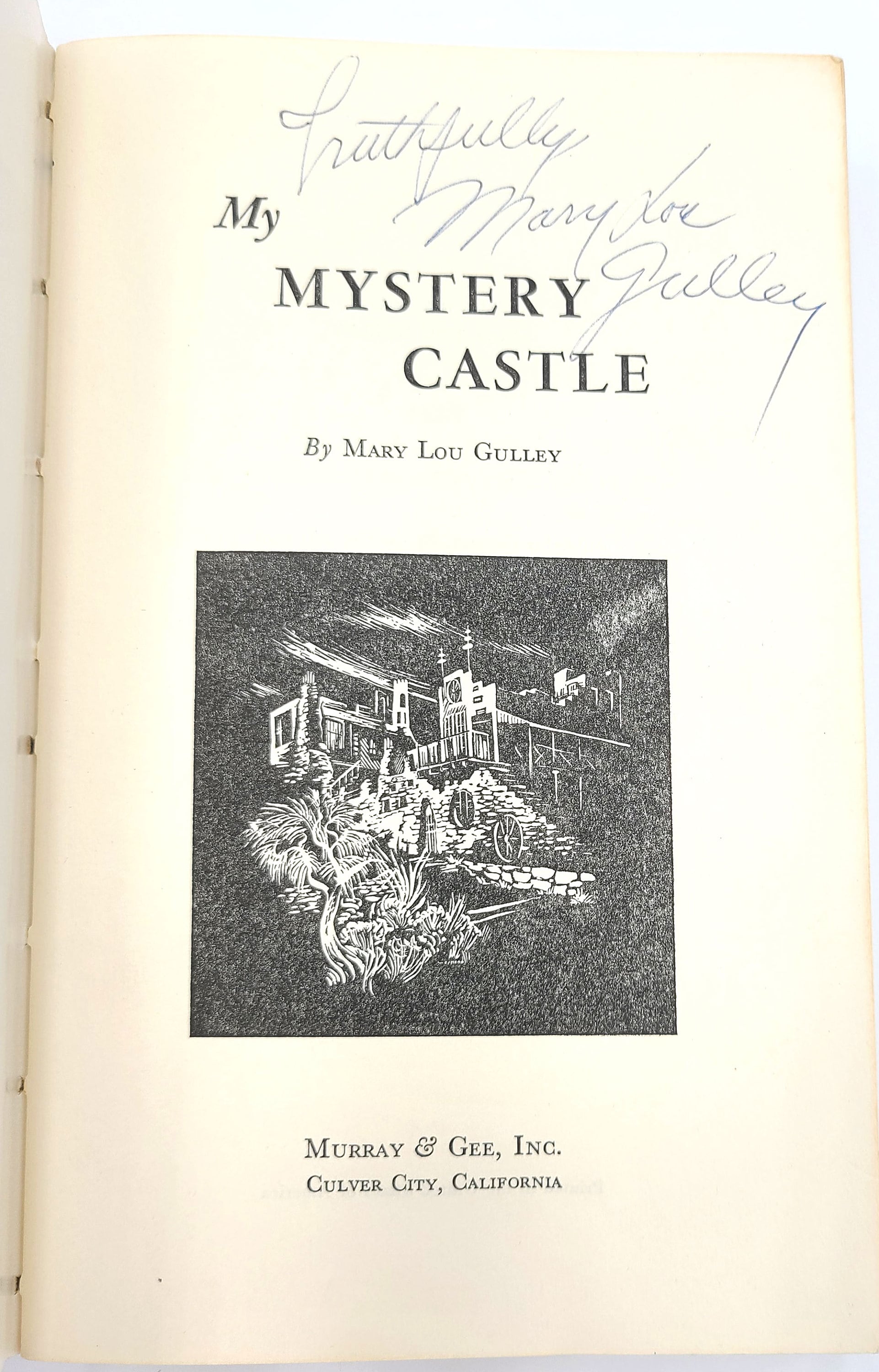 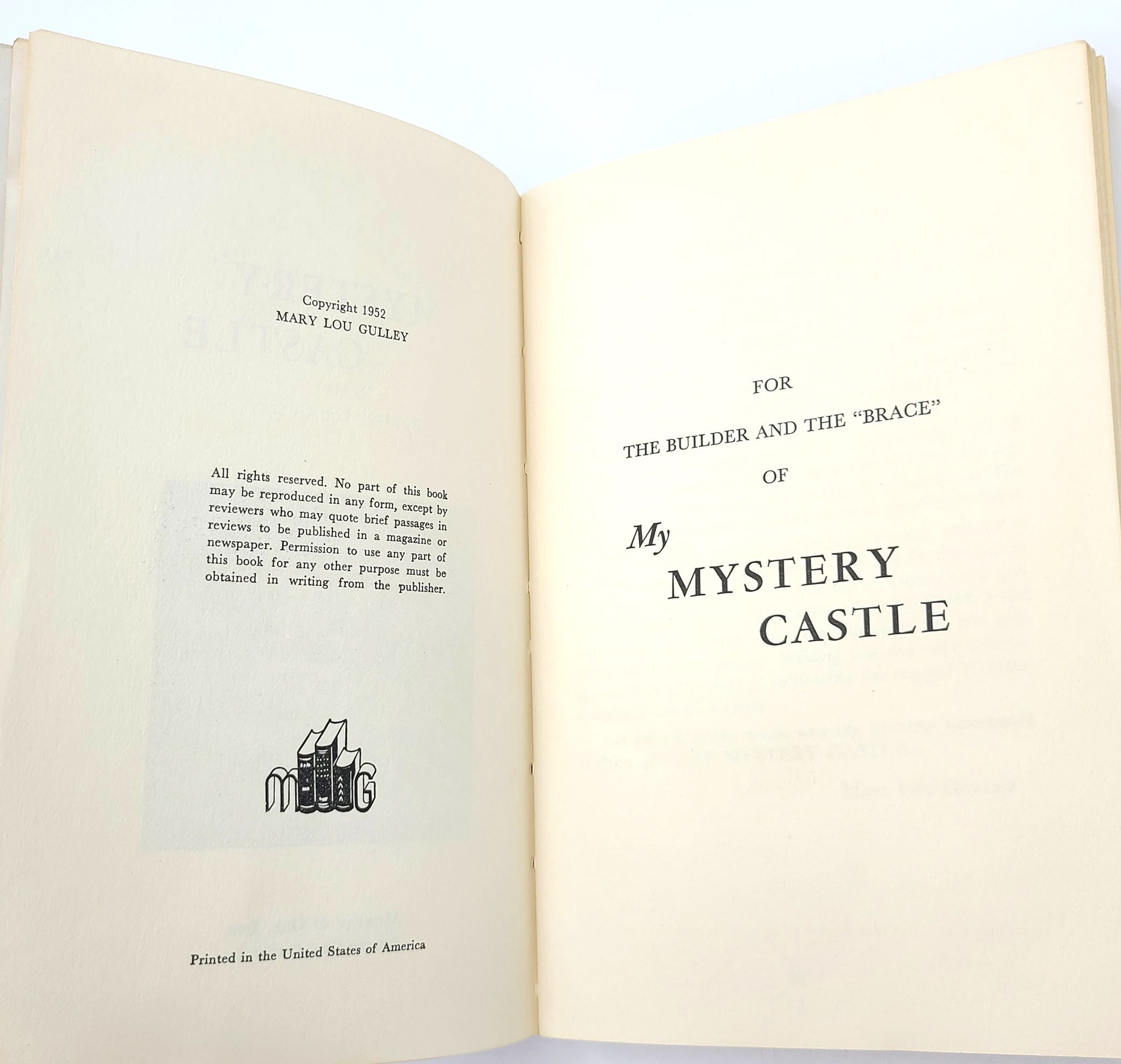 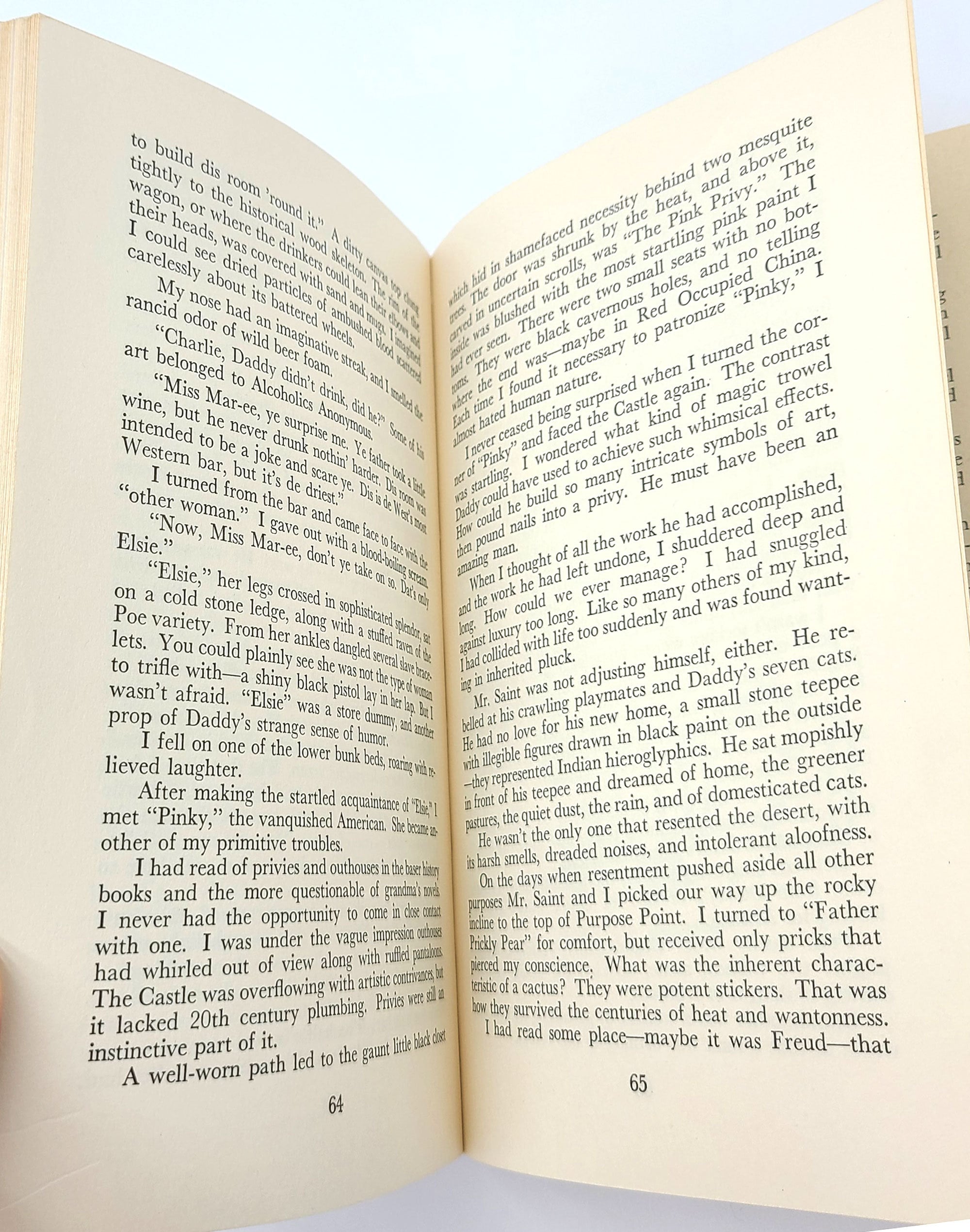 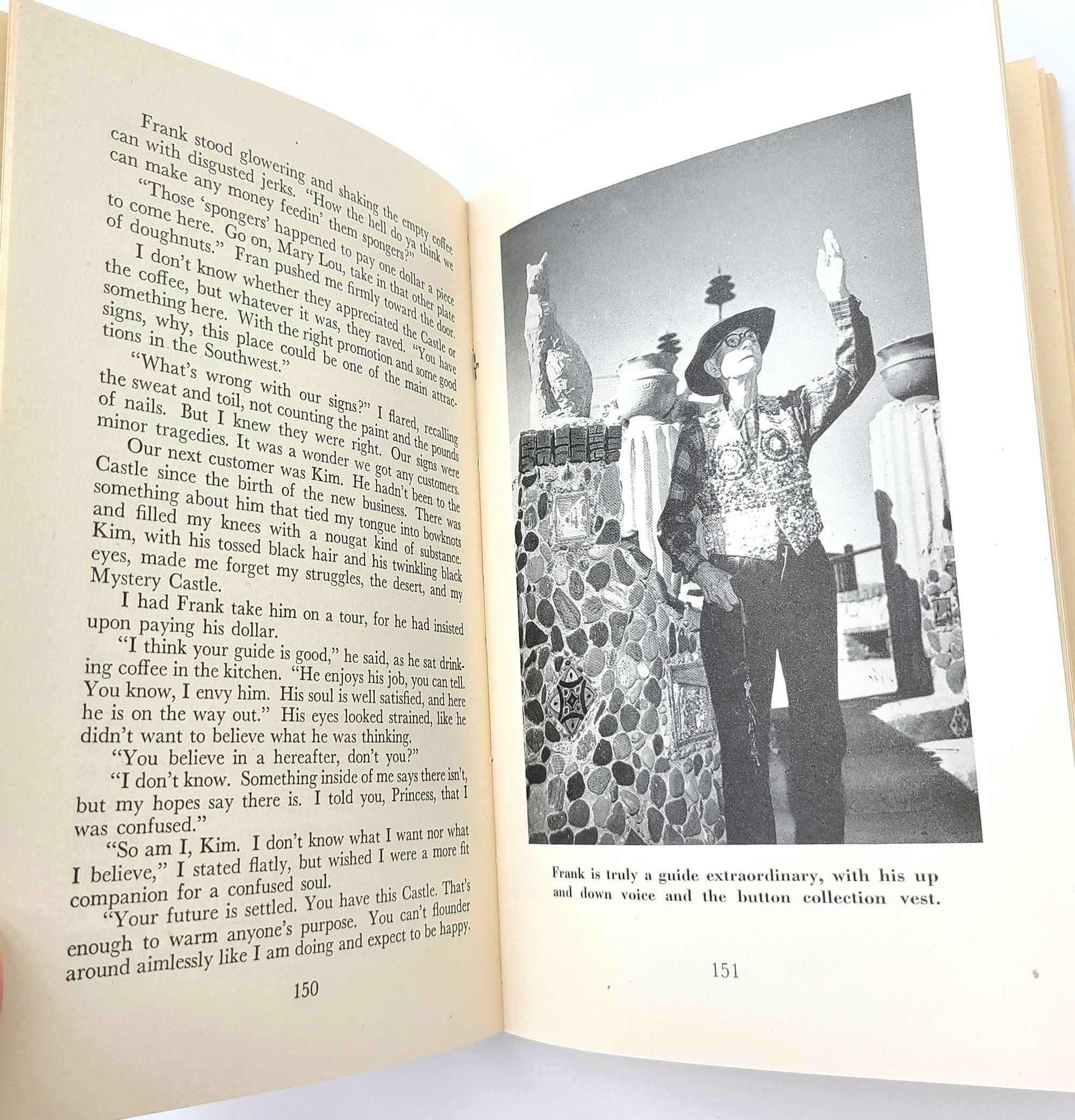 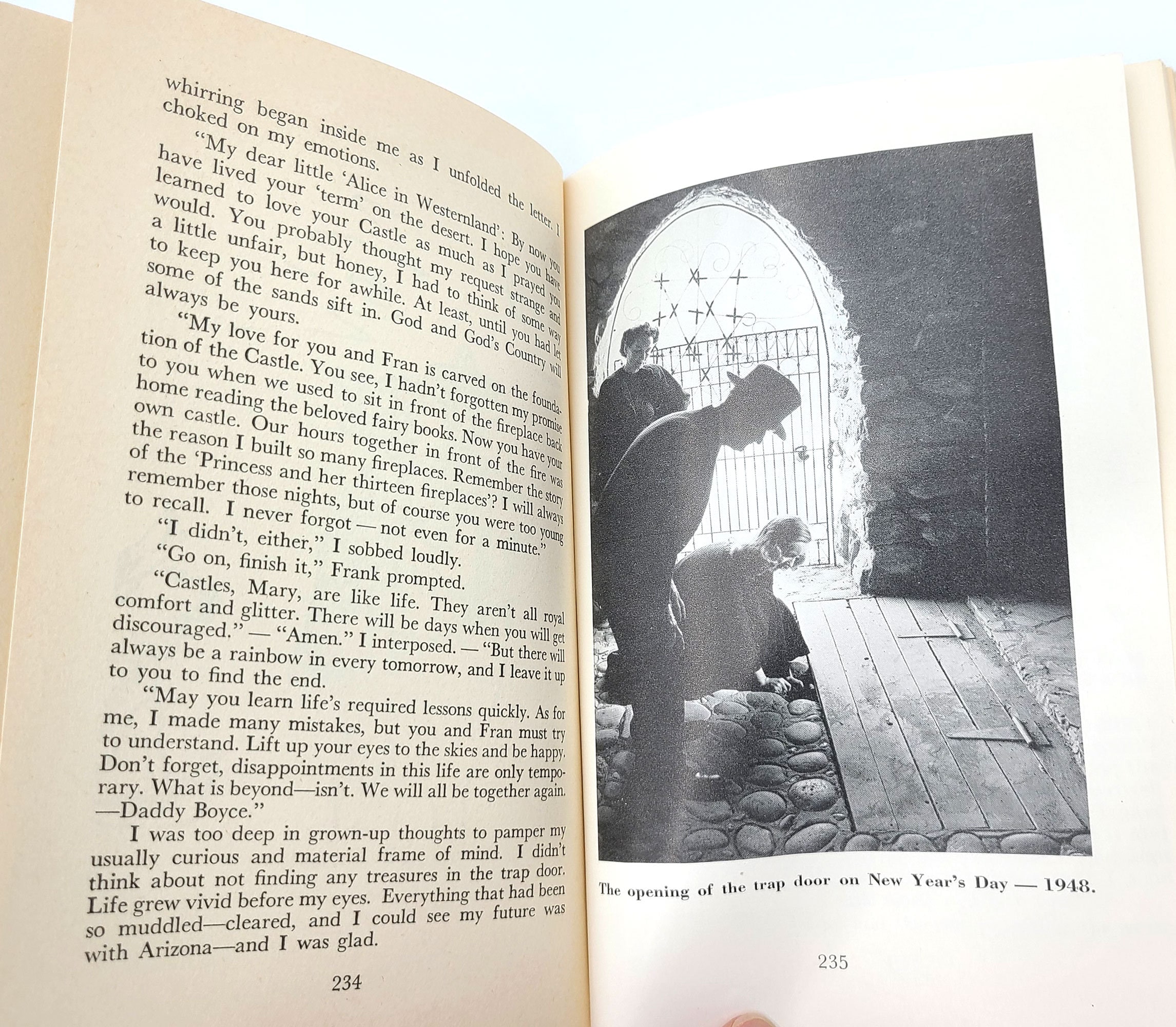 Description: Signed by both Mary Lou Gulley and her mother, Fran Gulley. Light surface wear; some creasing to spine; printed prices on rear cover are marked out. Minor damp stains to the bottom margins of the inside of front cover, its facing page, and the first couple illustrated plates, otherwise clean. 18 photographs and a few other illustrations. ix, 295 pp. 8.25 x 5.25 inches.

A detailed personal narrative of life at the ''Mystery Castle,'' as experienced by Mary Lou Gulley and her mother Fran. The castle had been built during the 1930's by Mary Lou's father, Boyce Luther Gulley, who had left his family behind in 1929 after being diagnosed with tuberculosis. He spent 15 years building the castle, always with the intent that it should be for his daughter. Mary Lou and Fran, in their long separation from Boyce, did not know about the castle until after his death in 1945. The account describes their initial surprise and dismay, their adaptation to life in the castle, its character, maintenance, and operation, what it was like opening it up to public guests, the opening of the trap door on the first day of 1948, and even gaining national notoriety when it was featured in Life magazine in January 1948.

The castle is located on seven acres in Phoenix, Arizona, and is nestled at the foot of South Mountain. Mary Lou Gulley (1923-2010) lived in the castle and hosted tours and events for more than sixty years.