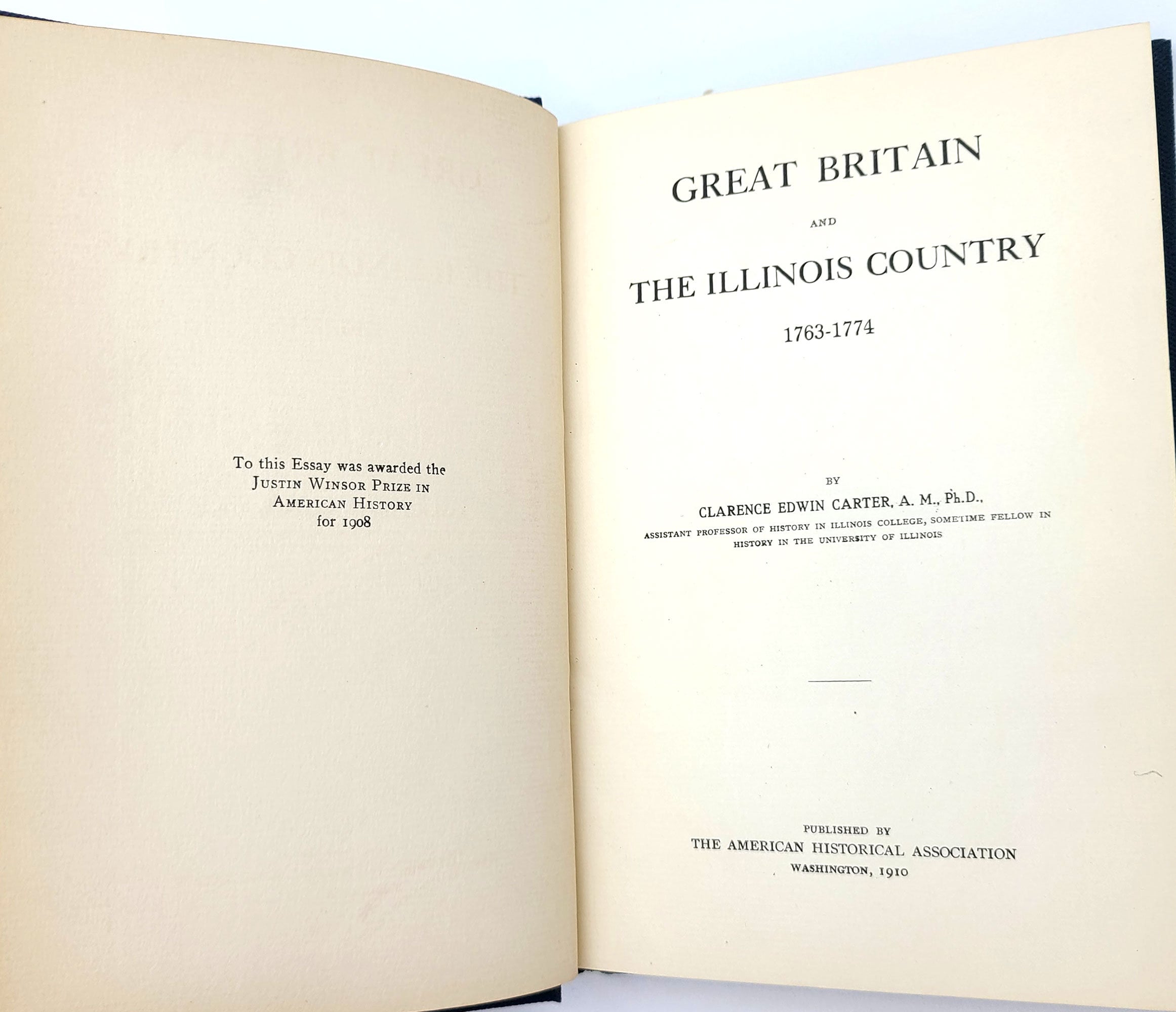 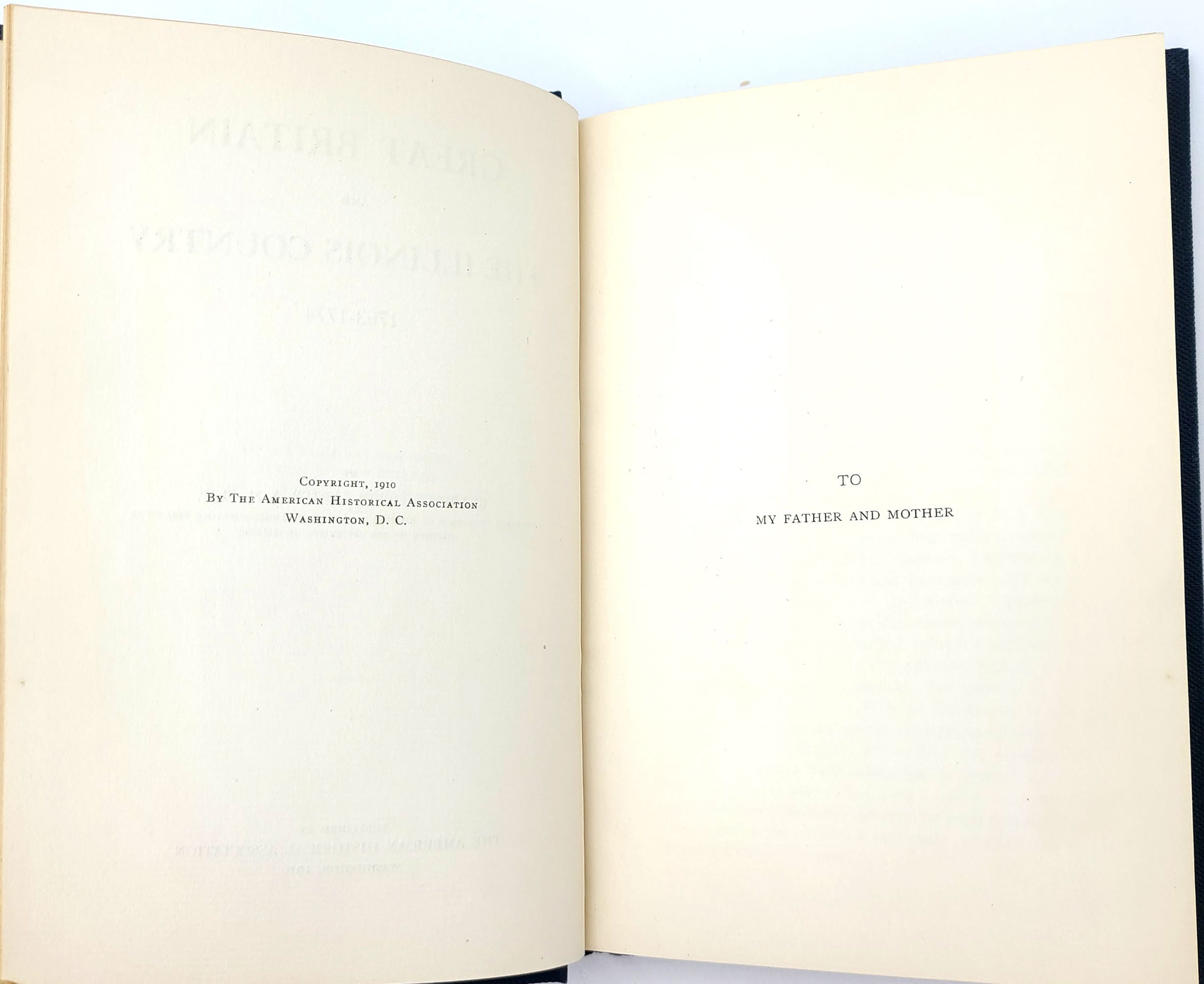 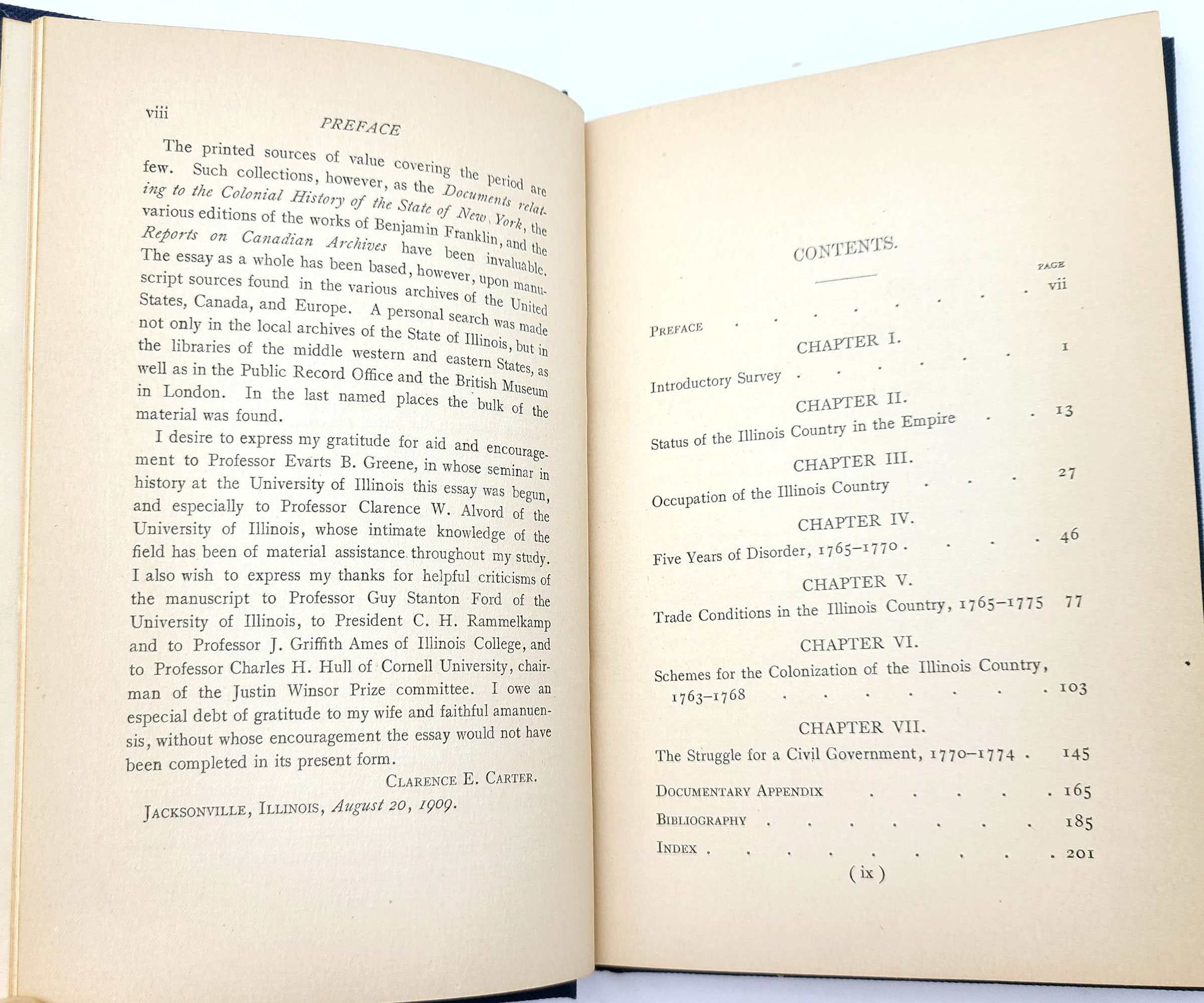 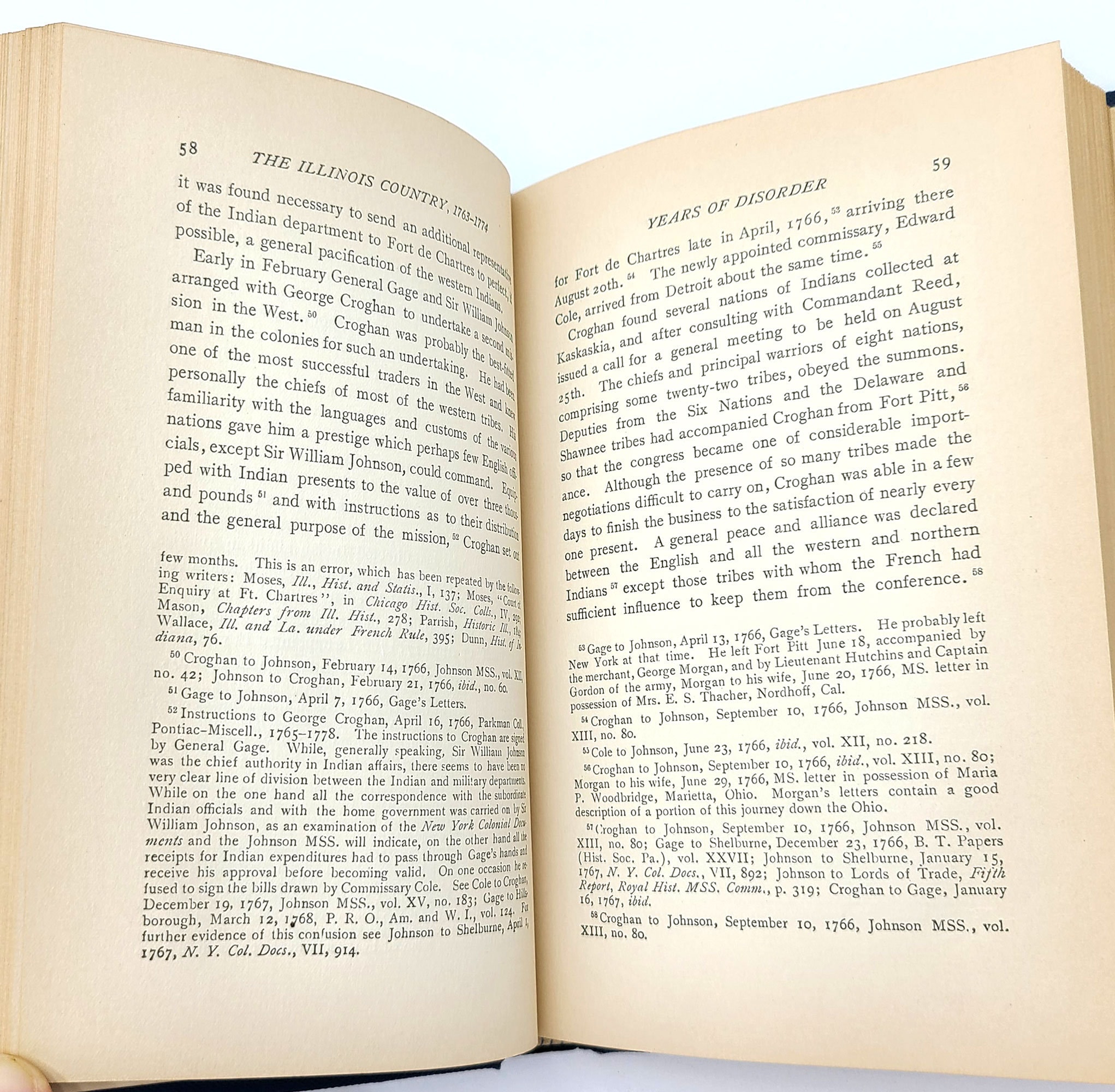 History of the Illinois Country which covers the legal, political, and economic relations between itself and Great Britain. The colony was ceded by the French to the English in 1763.

Includes an appendix with selected documents, and extensive bibliography, errata and addenda, and an index.

Previous owner, identified with name card on front paste-down, was Frederick Van Voorhies Holman (1852-1927), who served as the President of the Oregon Historical Society from 1908 to 1927 and is credited with giving the city its moniker of ''City of Roses.