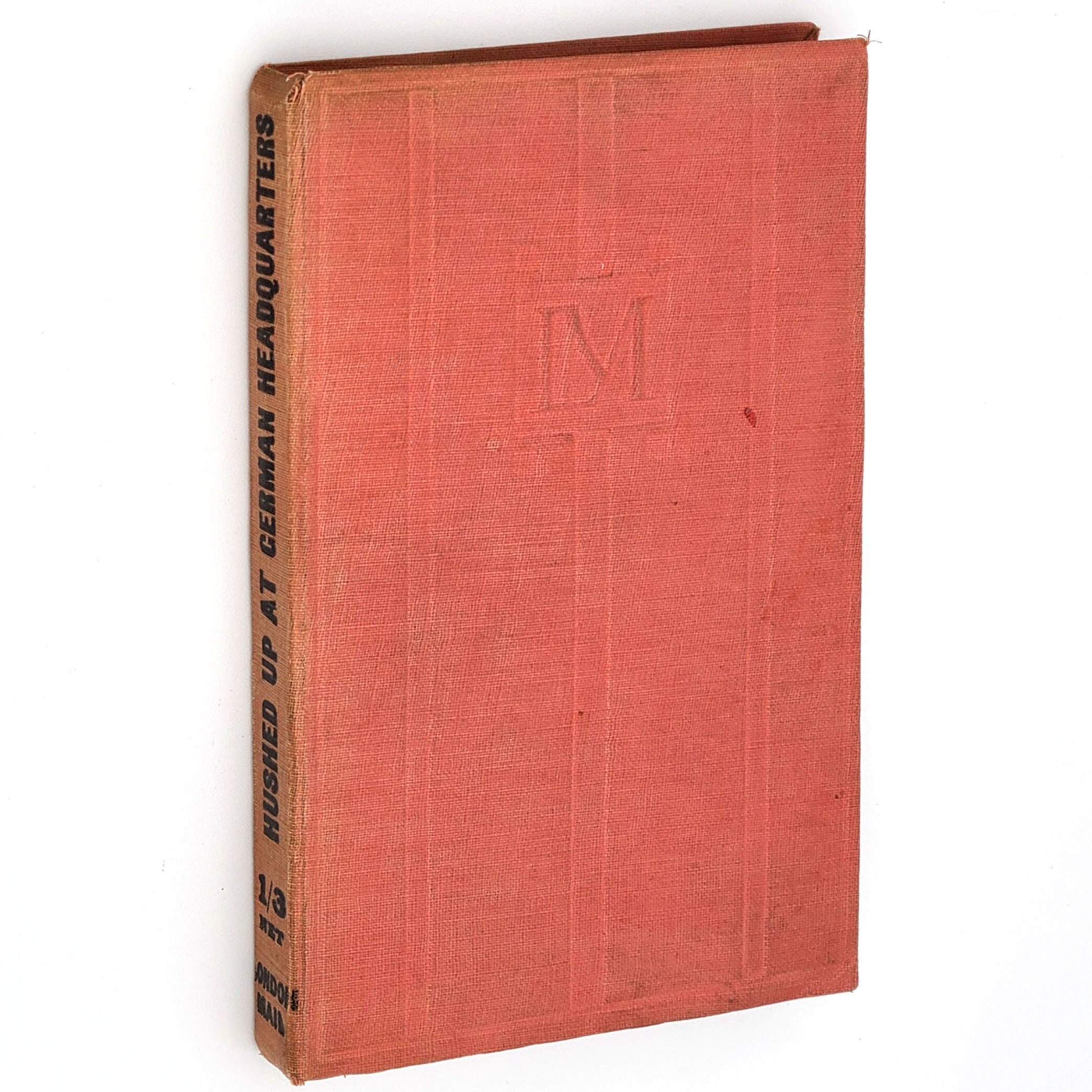 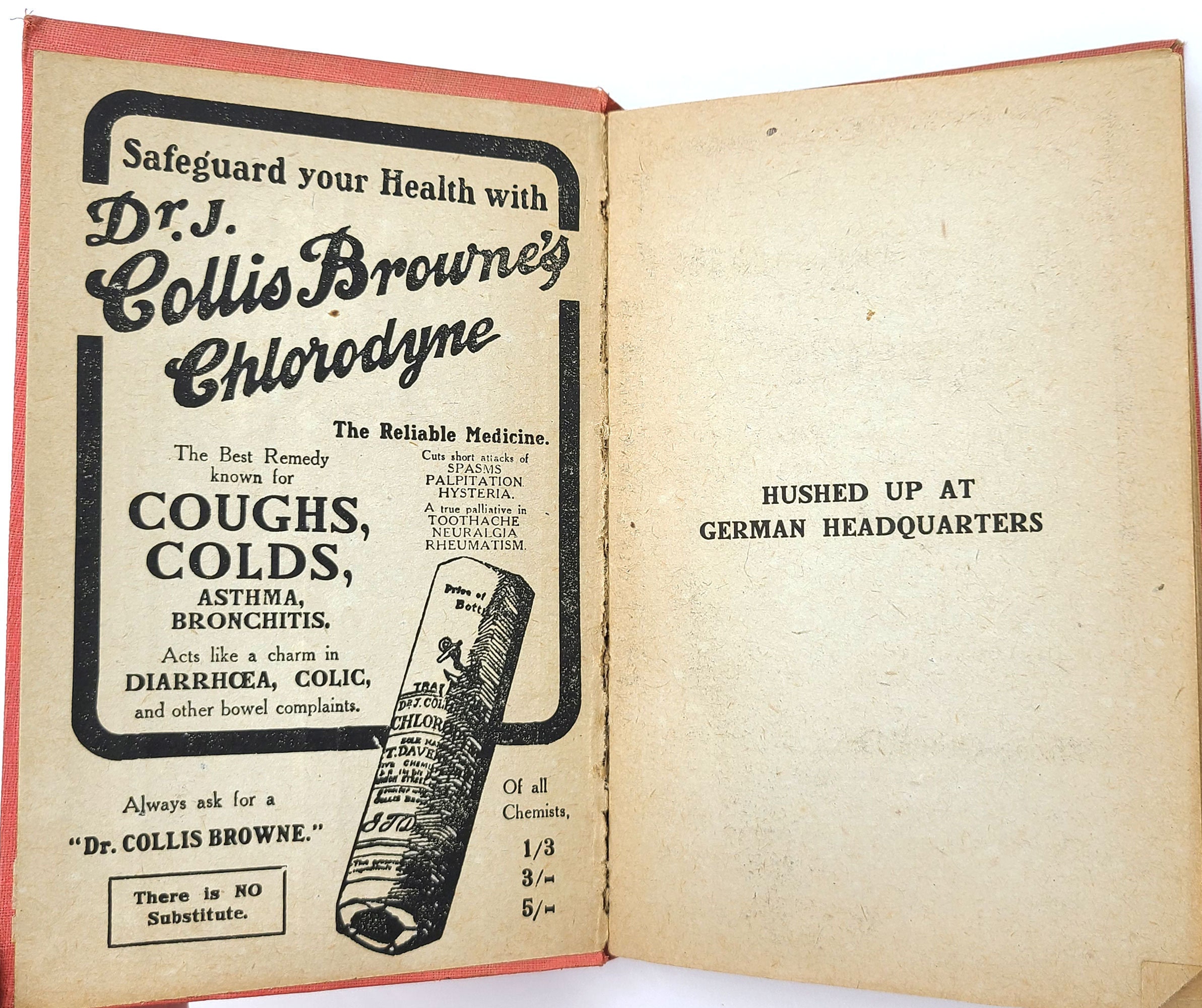 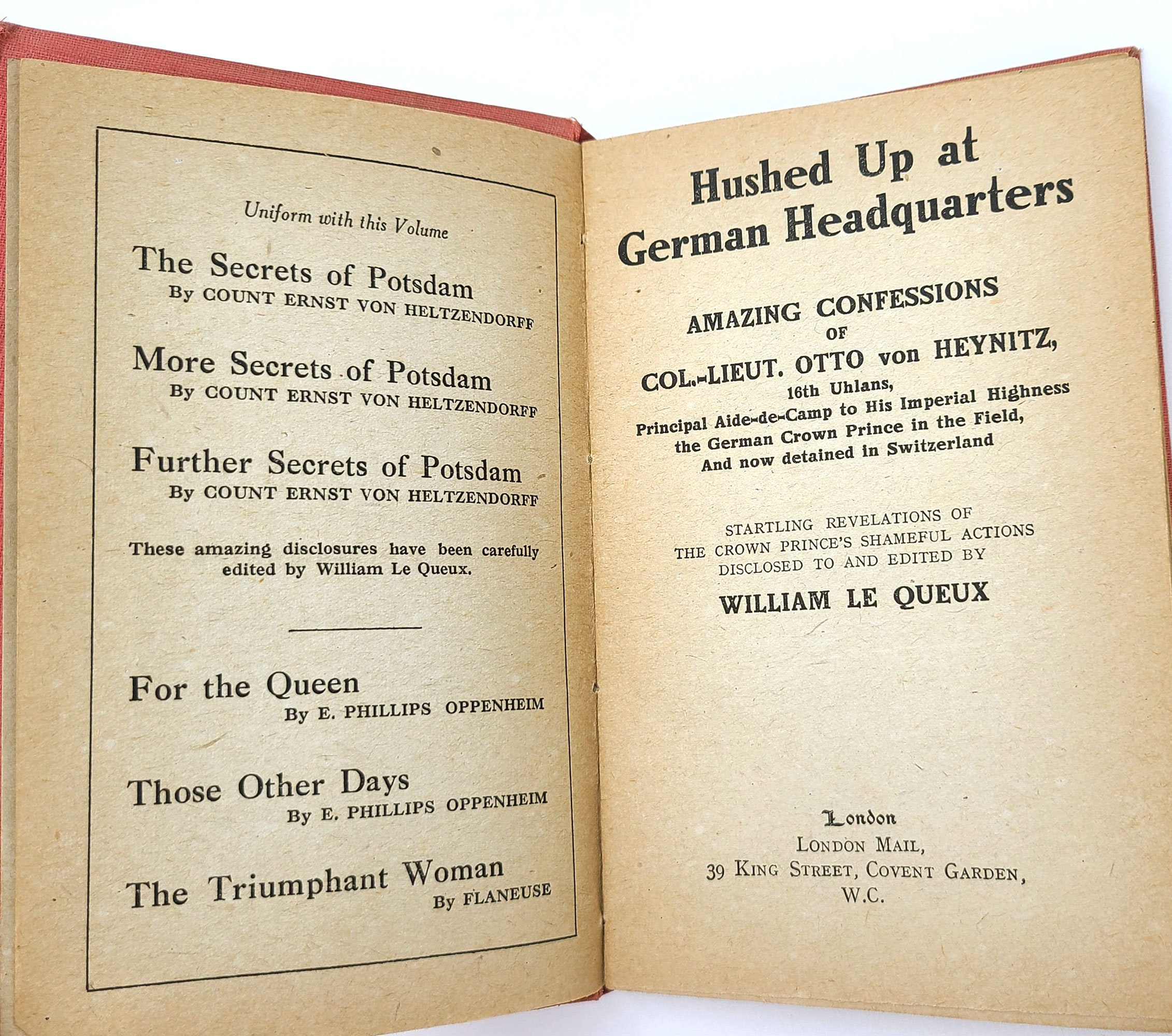 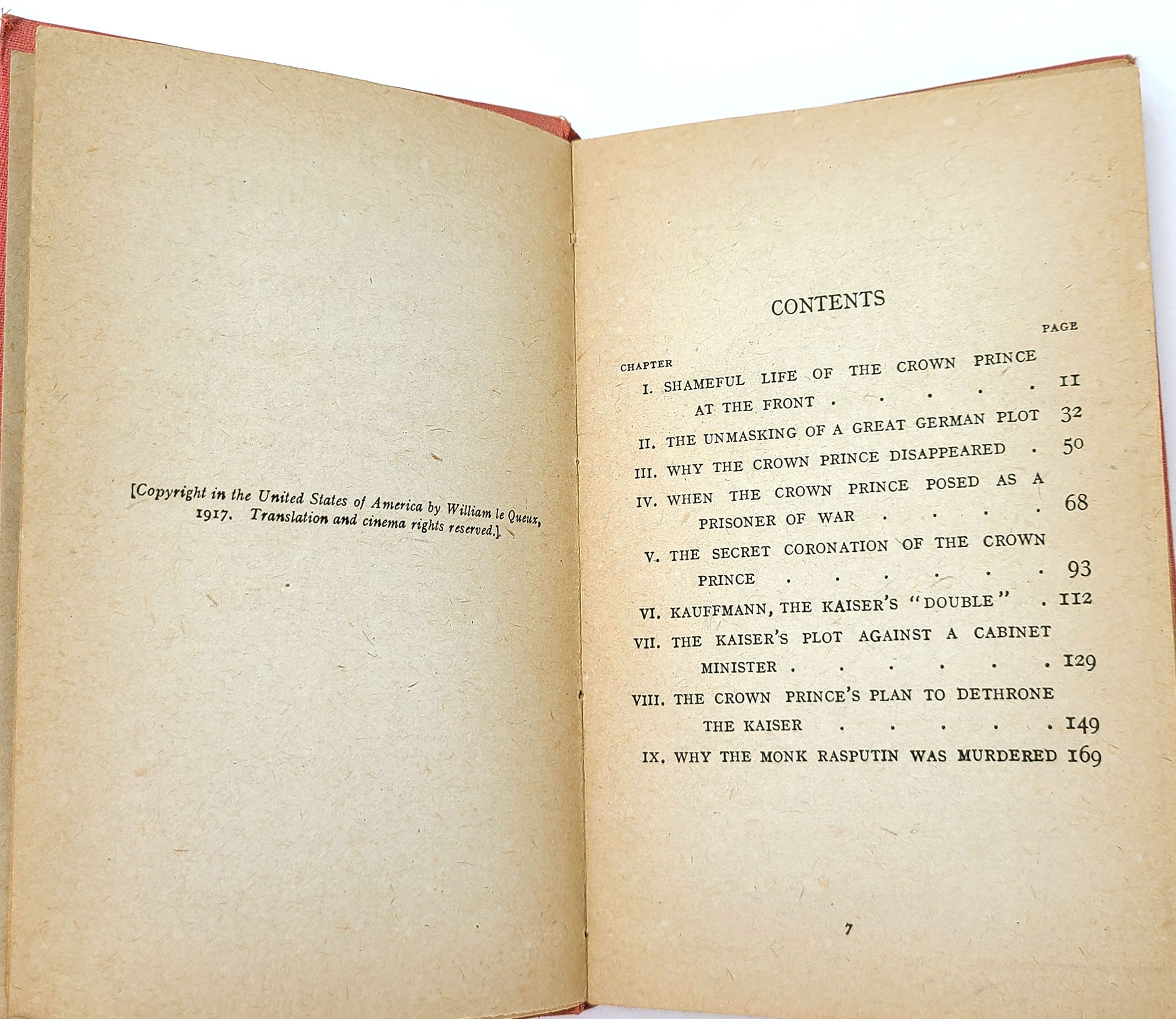 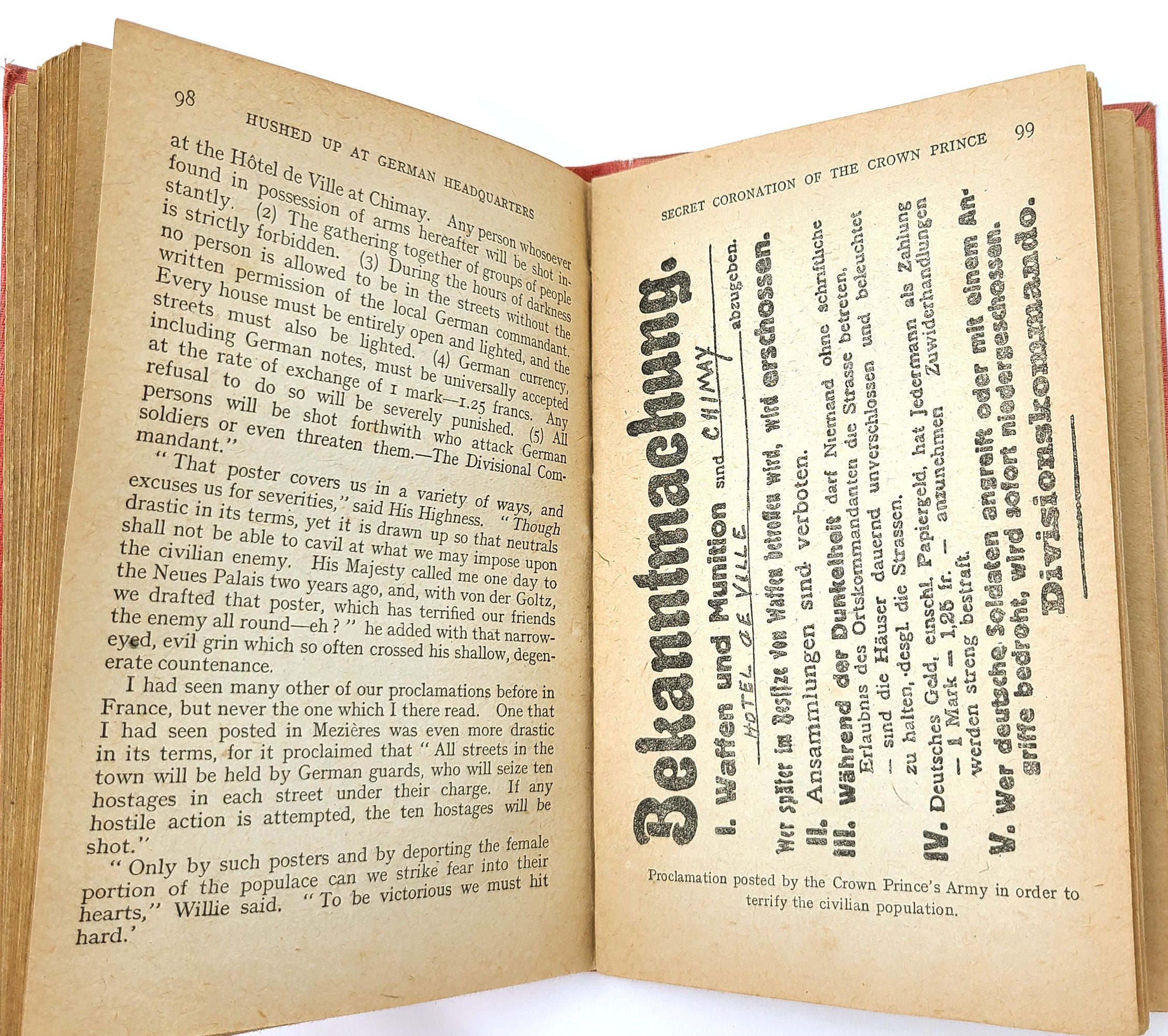 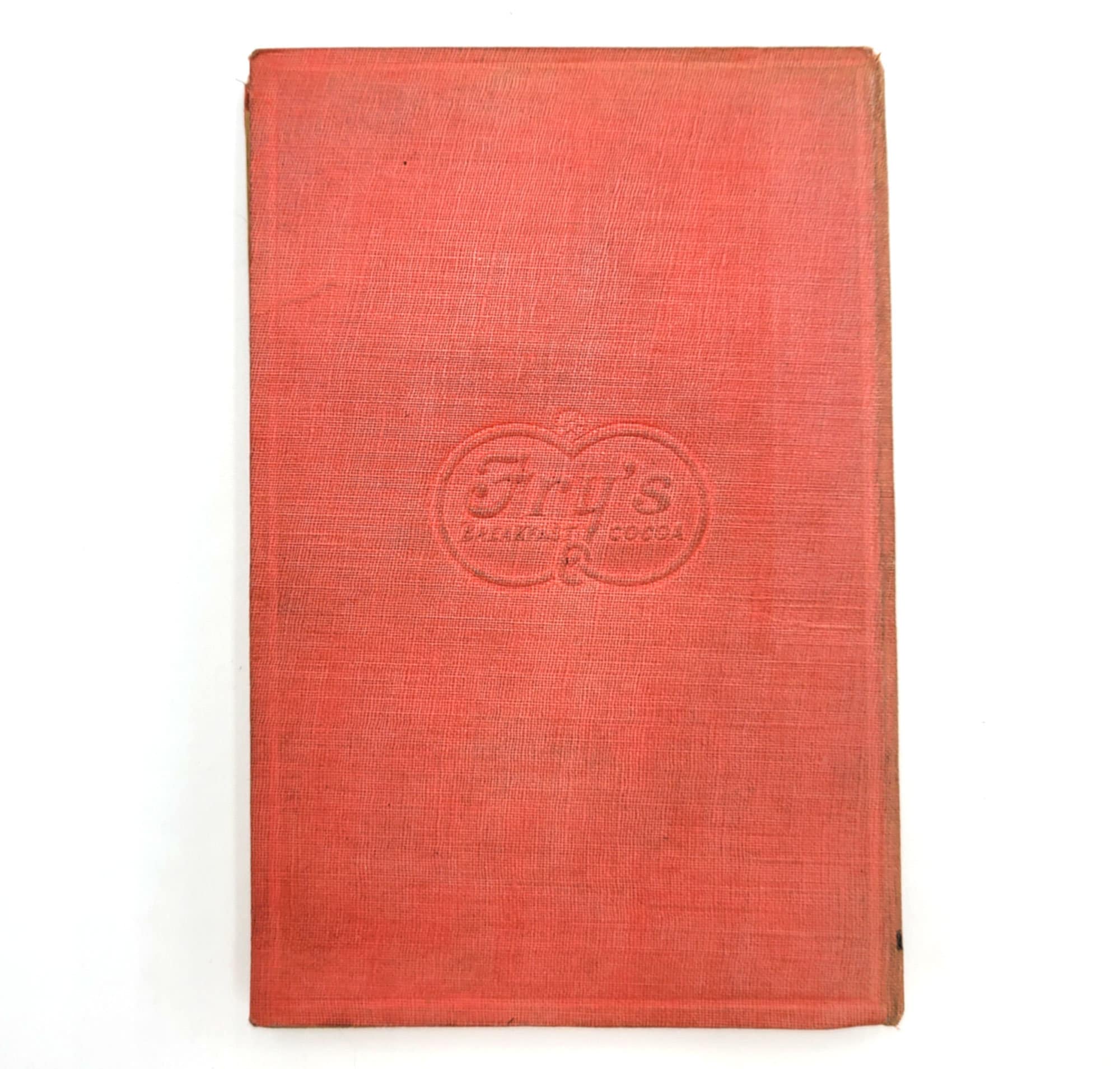 Title: Hushed Up at German Headquarters: Amazing Confessions of Col.-Lieut. Otto von Heynitz, 16th Uhlans, Principal Aide-de-Camp to His Imperial Highness the German Crown Prince in the Field, And now detained in Switzerland. Startling revelations of the Crown Prince's shameful actions disclosed to and edited by William Le Queux

Le Queux's non-fiction account, being the disclosure of the private lives of Kaiser Wilhelm II and his son, the Crown Prince Adalbert of Prussia. The information was revealed to him by an old friend from his days as a war correspondent during the Balkan Wars, the Colonel-Lieutenant Otto von Heynitz. Von Heynitz had been appointed aide-de-camp to Prince Adalbert, when he took command of the German Army of the Centre, but he grew disgusted by the German treatment of the civilian population and their disregard for civilized warfare. So much so, that in March 1917, he repaired to Switzerland and conveyed this, his expose of the Kaiser and his son, to Le Queux. The last chapter relates information regarding the situation in Russia country and what happened with Rasputin.