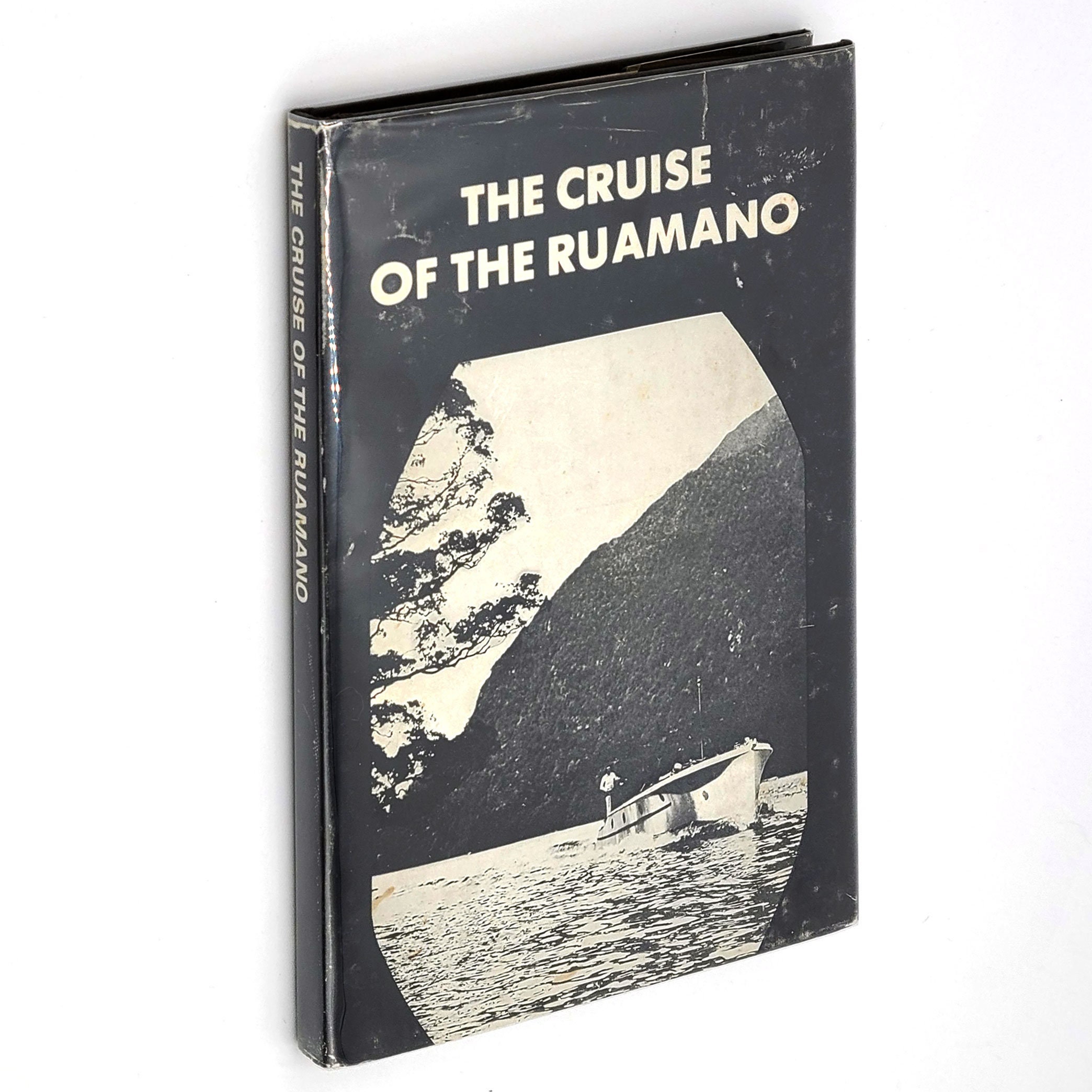 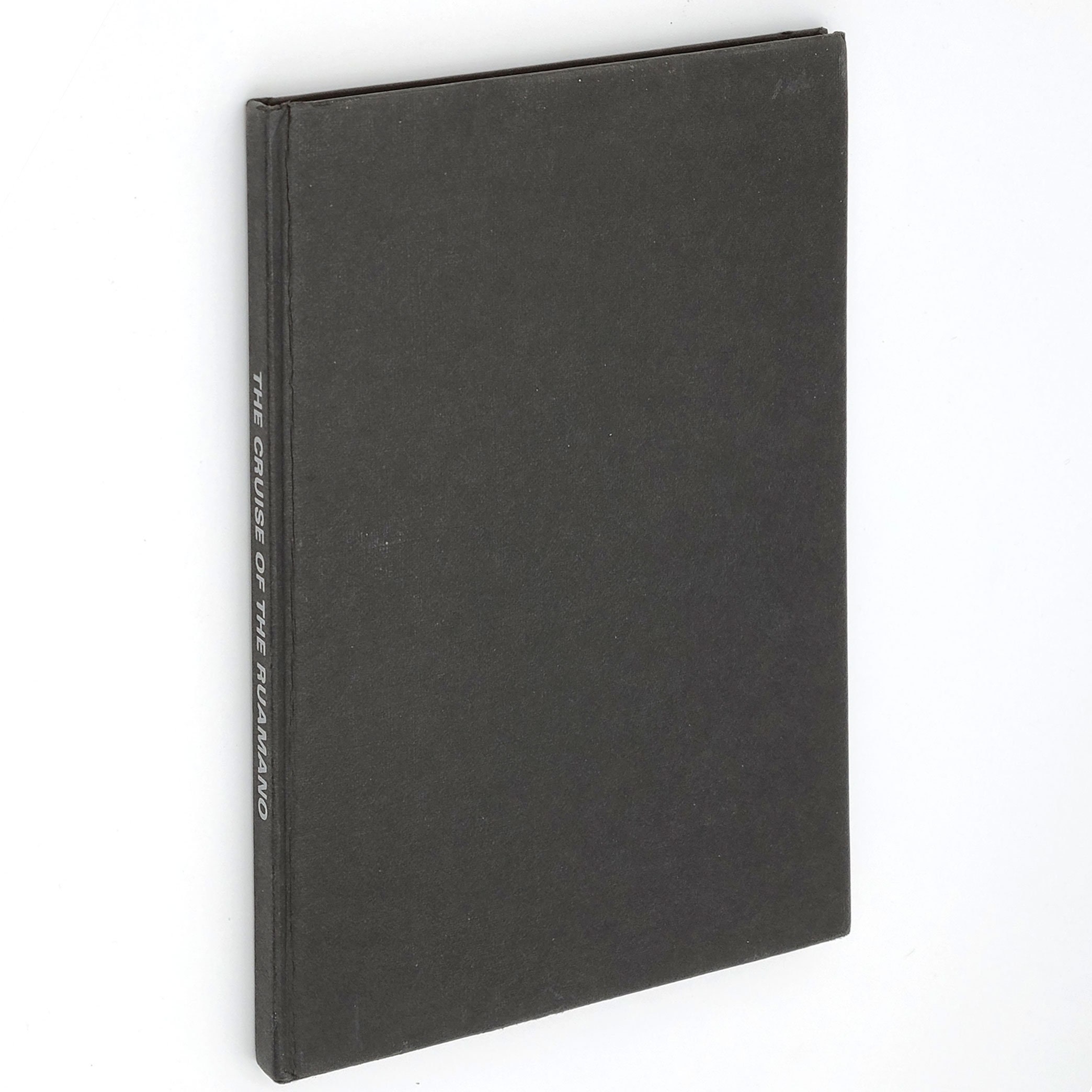 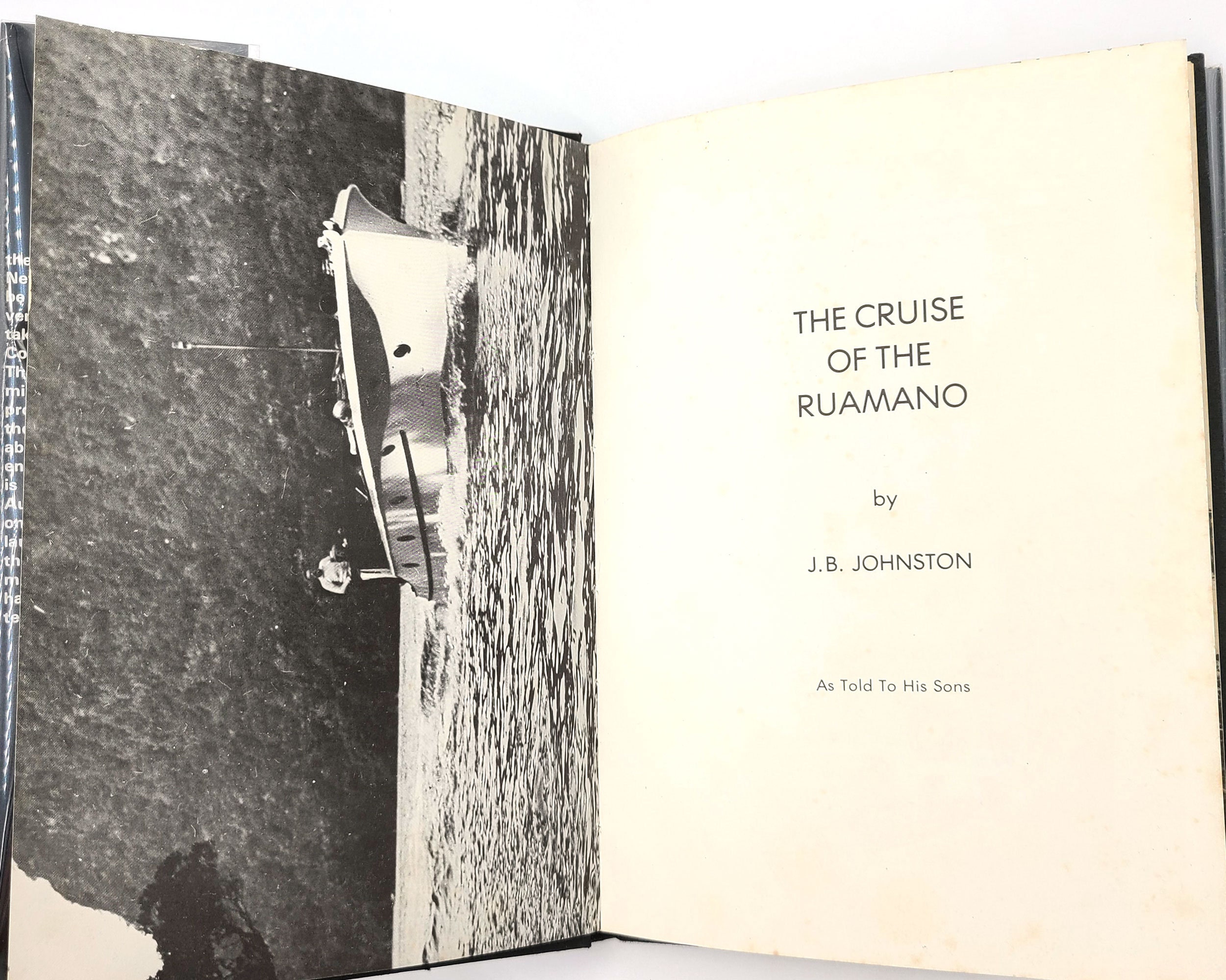 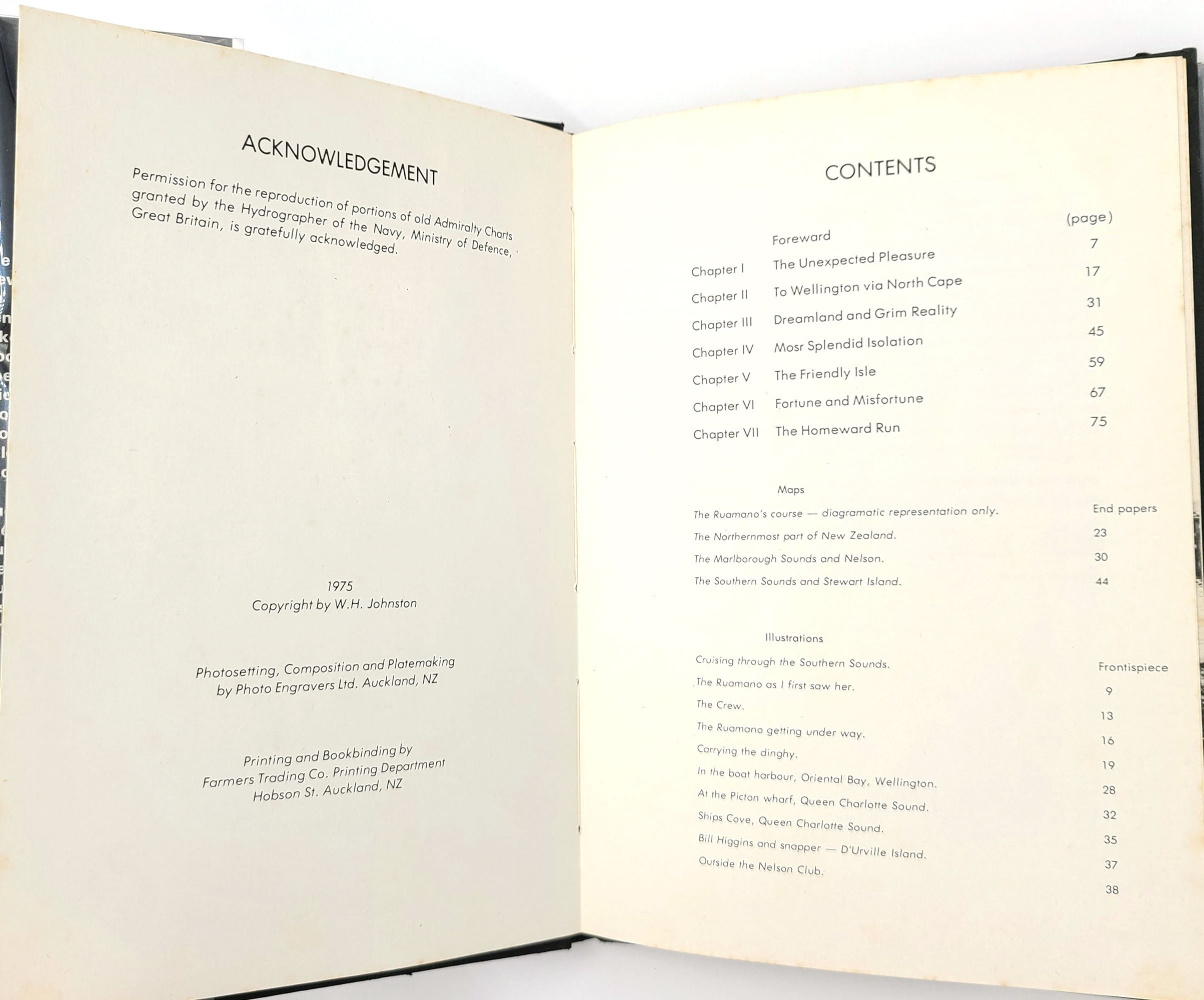 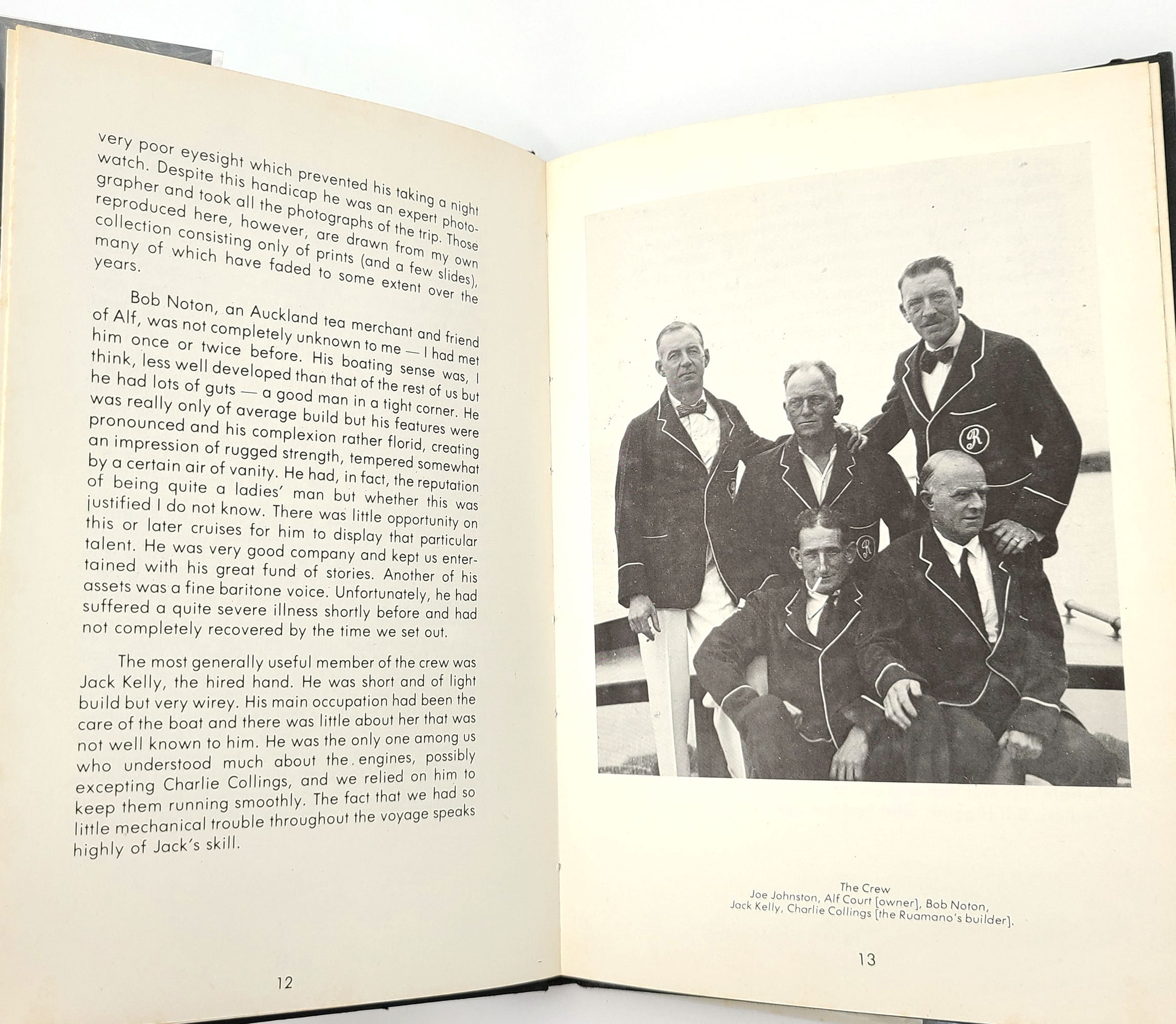 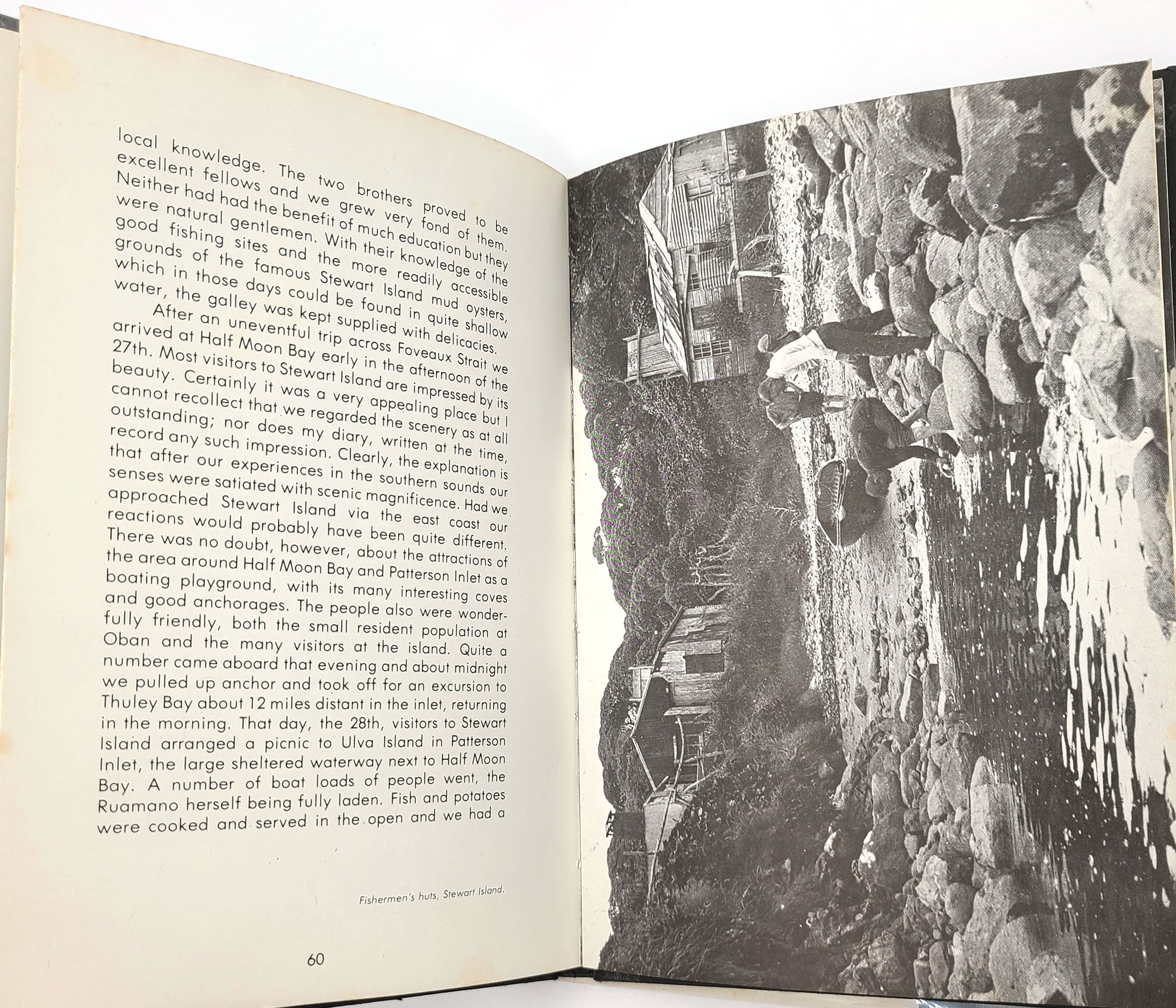 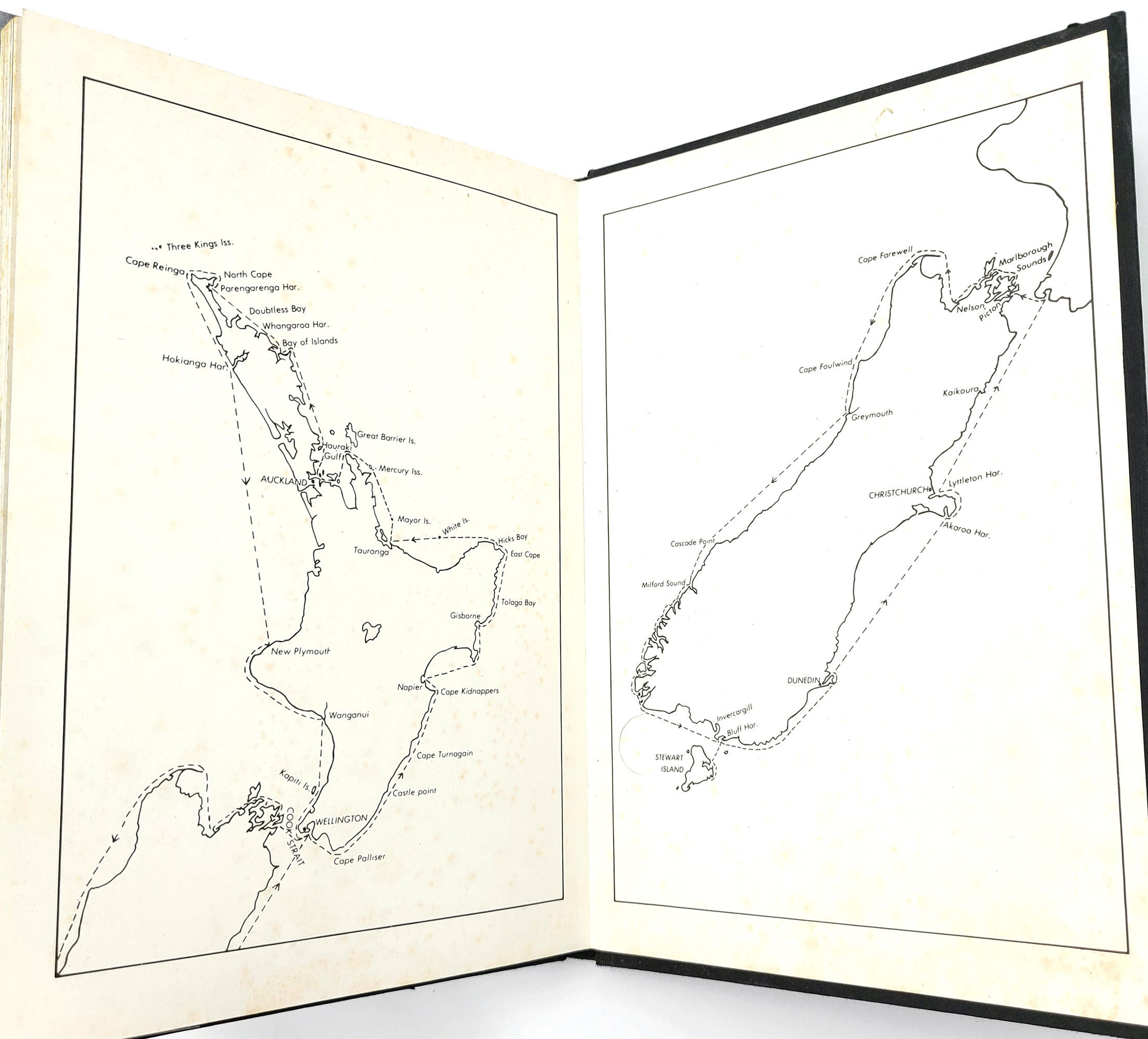 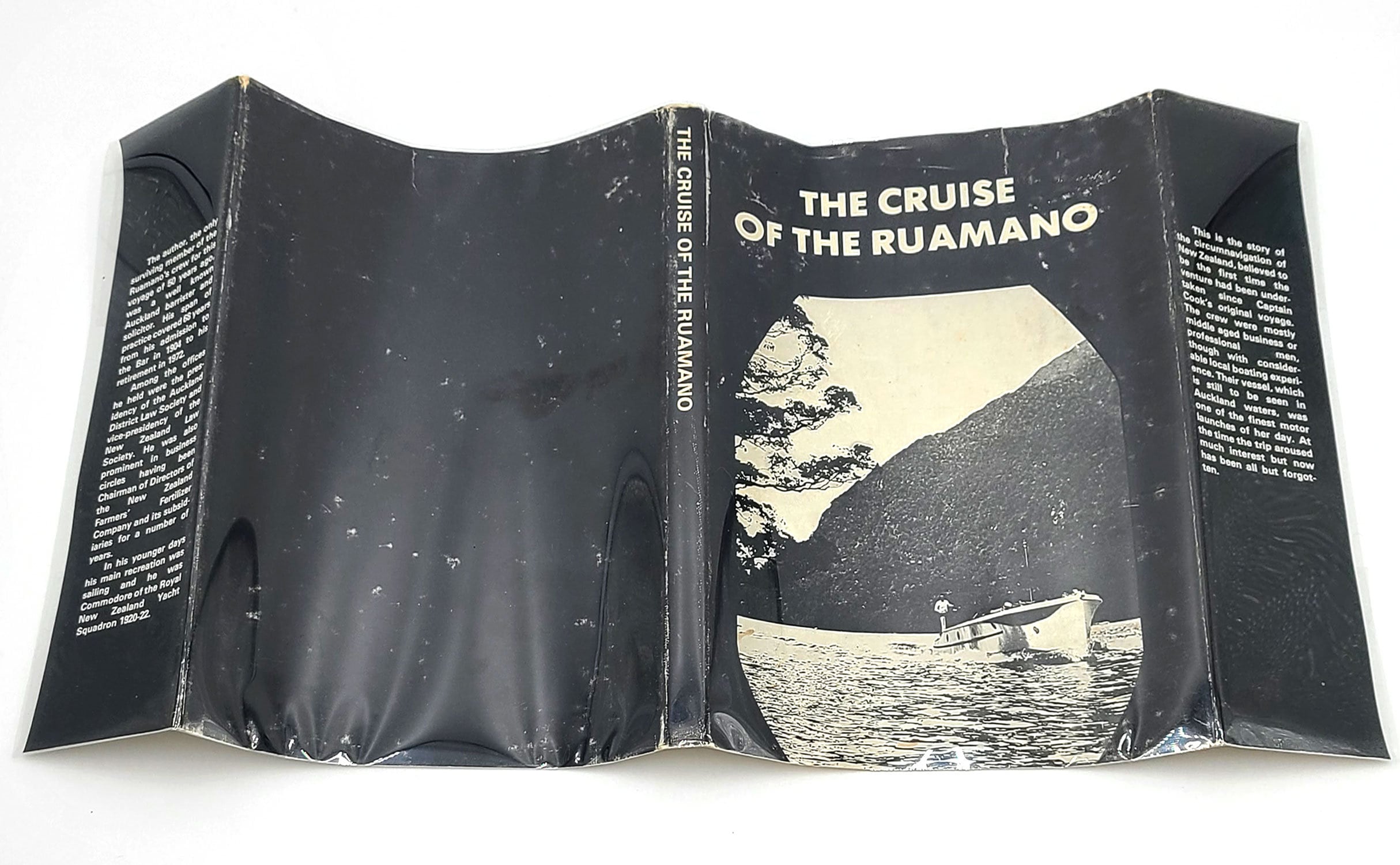 Title: The Cruise of the Ruamano

Author: J. B. Johnston as told to his sons

The story of the circumnavigation of New Zealand, December 1925-February 1926, believed to be the first time the venture had been undertaken since Captain Cook's original voyage.

At the time this volume was issued, J. B. Johnston was the final surviving member of the Ruamano's crew. He had been the Commodore of the Royal New Zealand Yacht Squadron 1920-1922. He was a well known Auckland barrister and solicitor, having been admitted to the bar in 1904 and retiring in 1972.