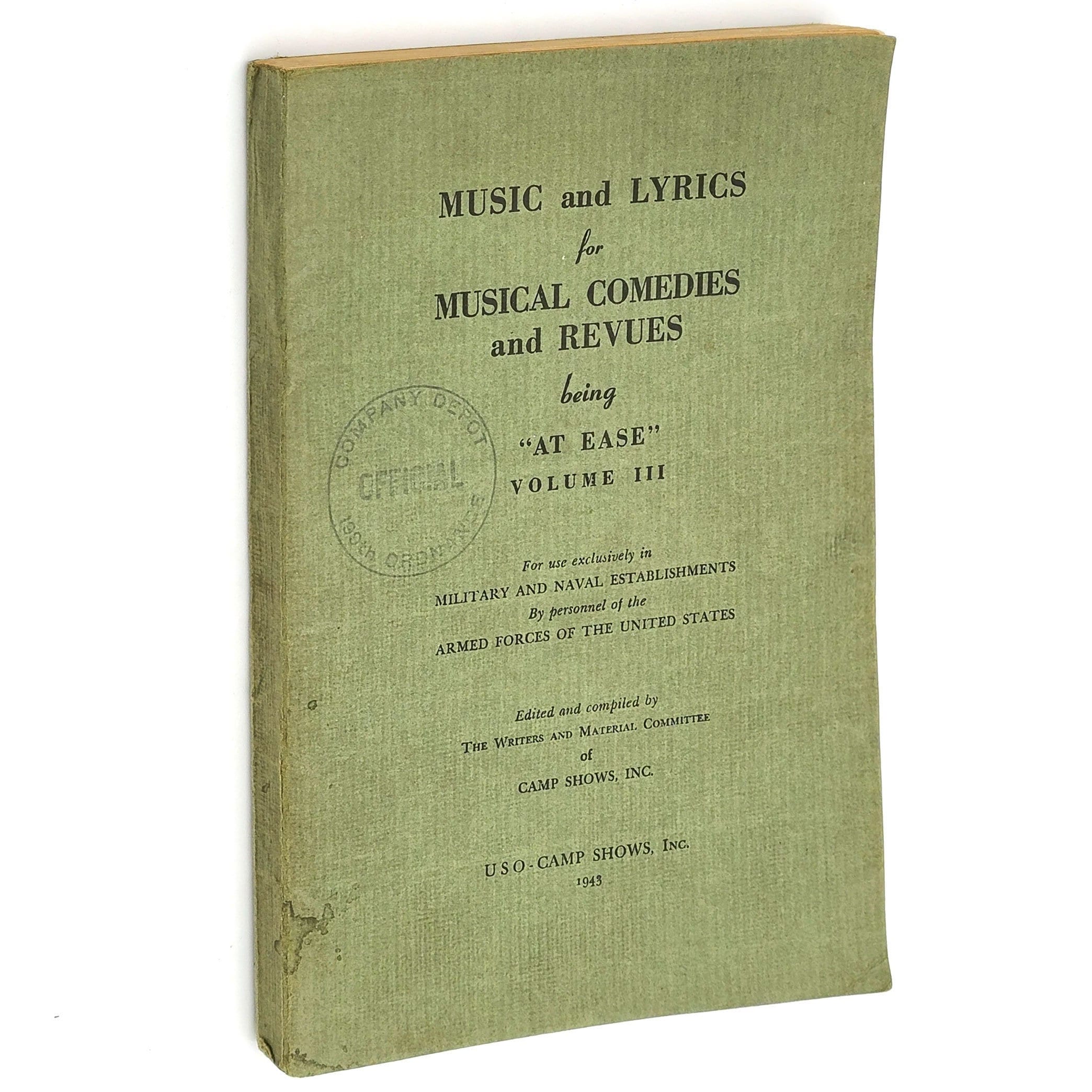 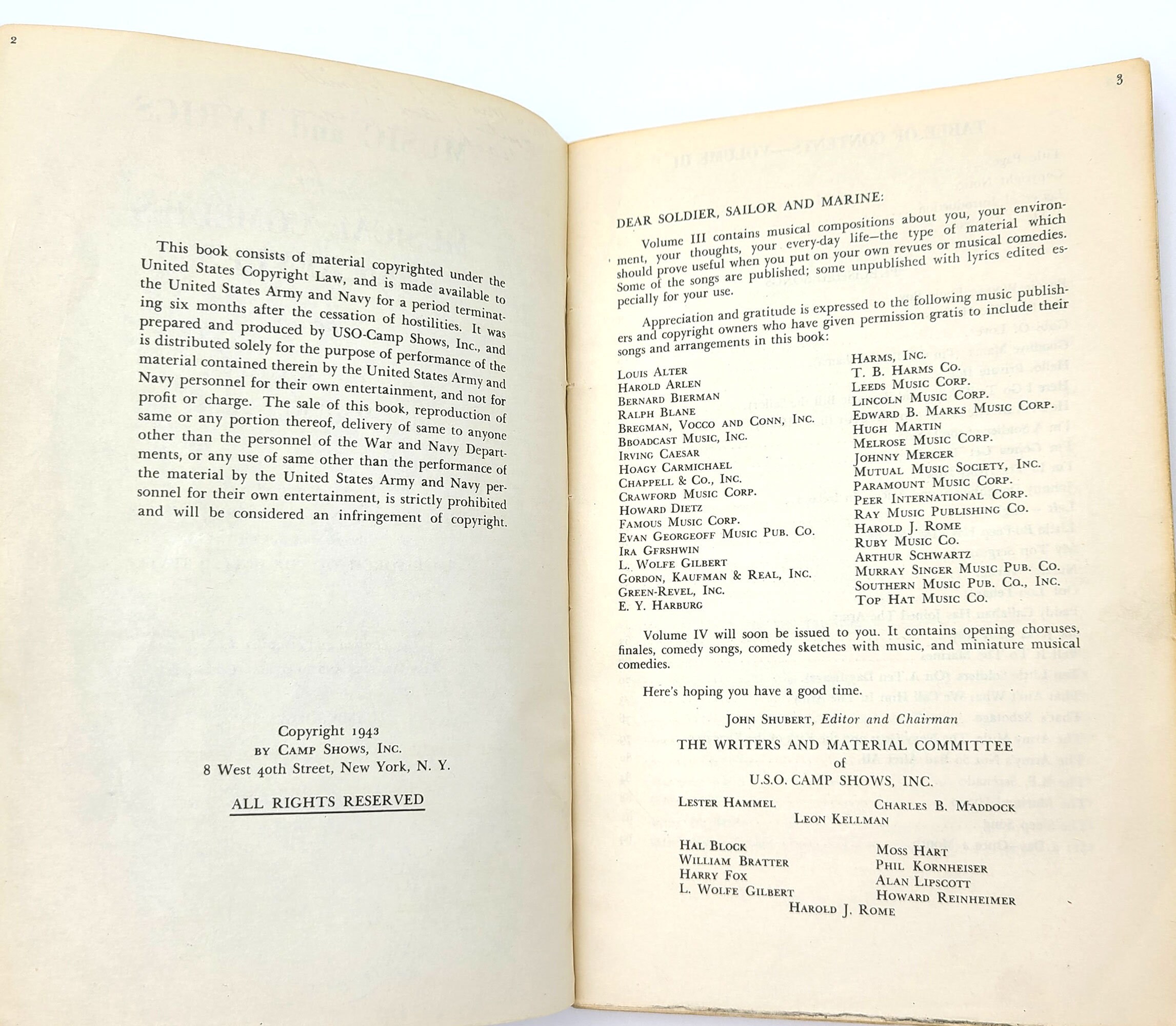 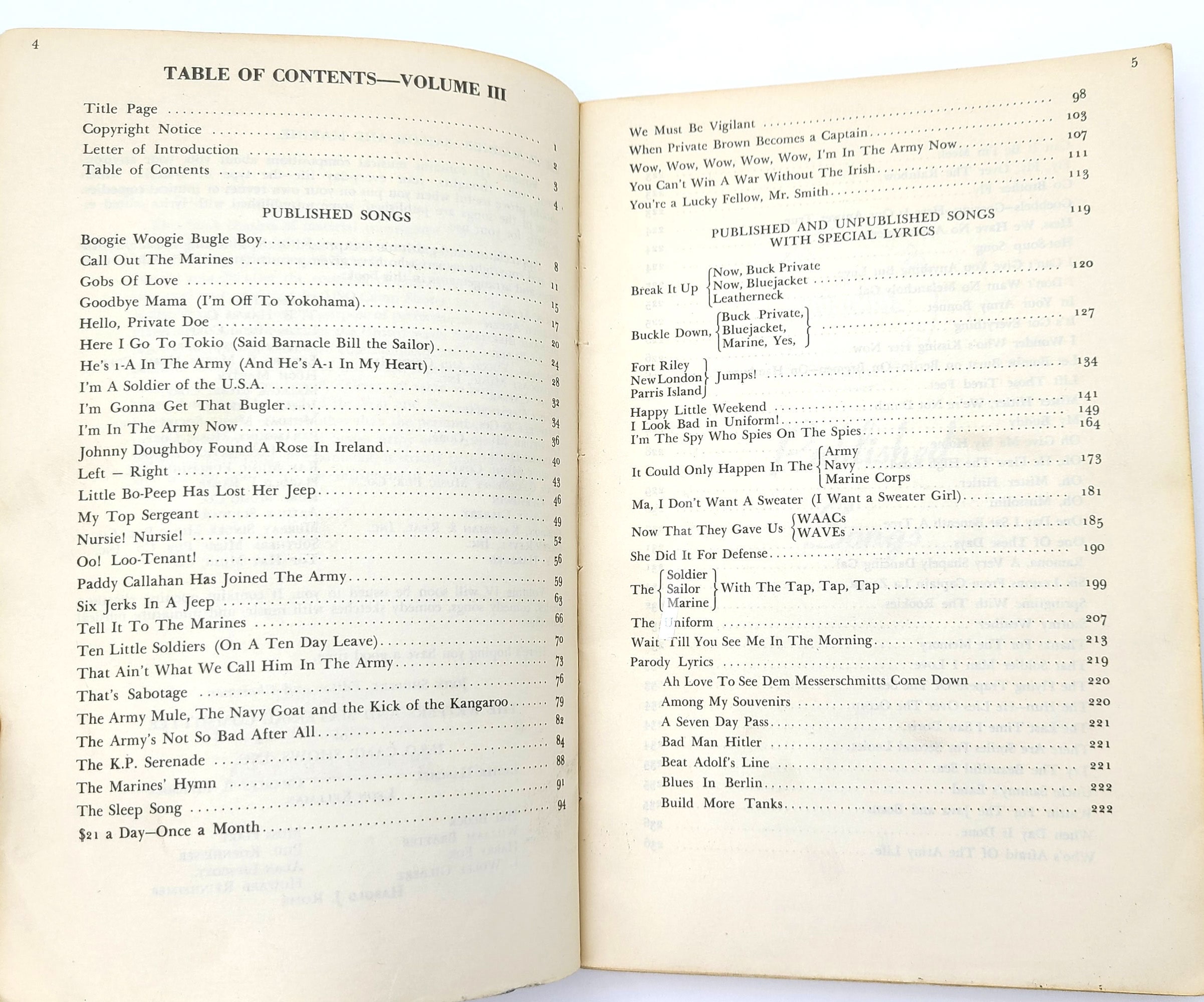 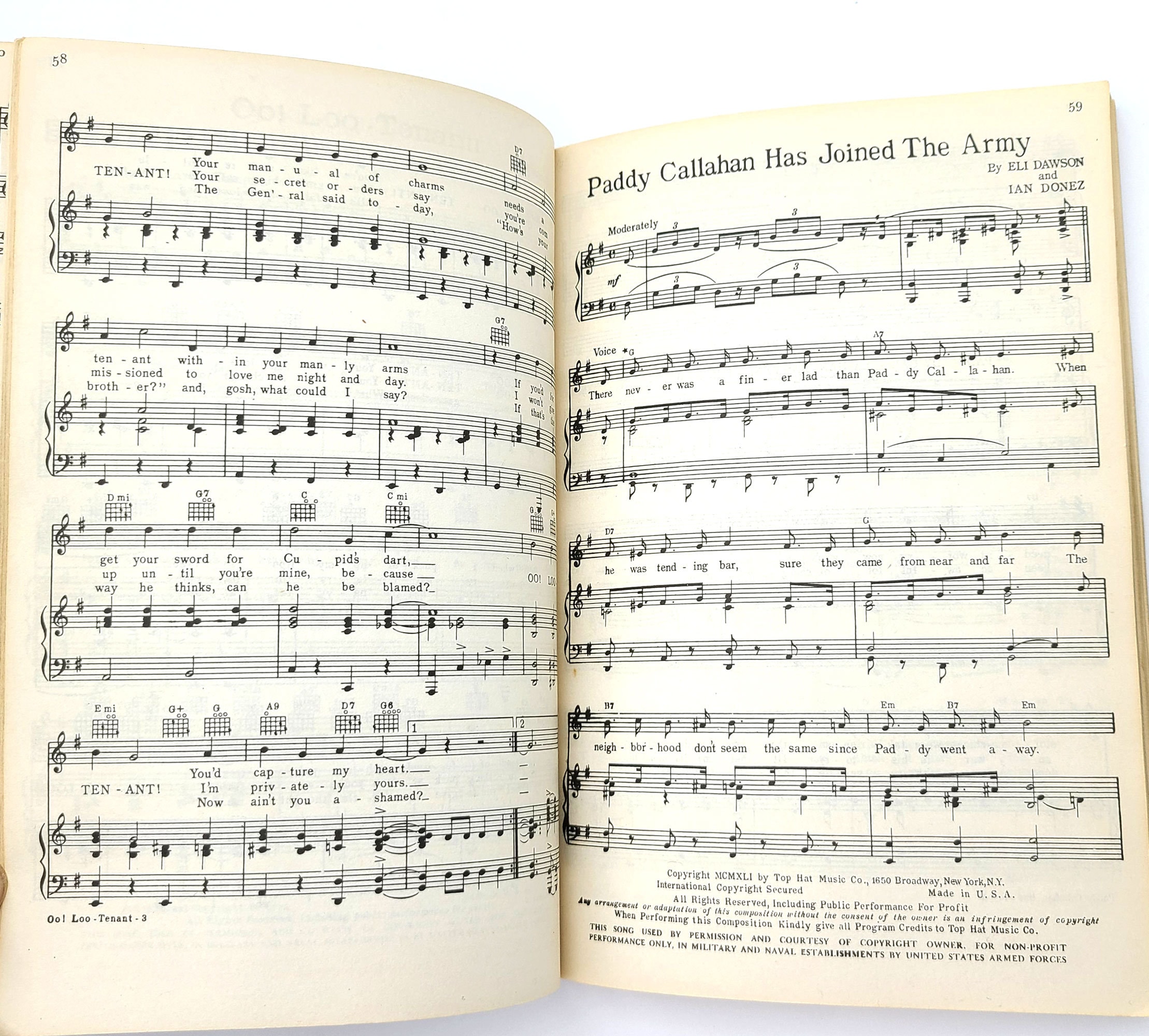 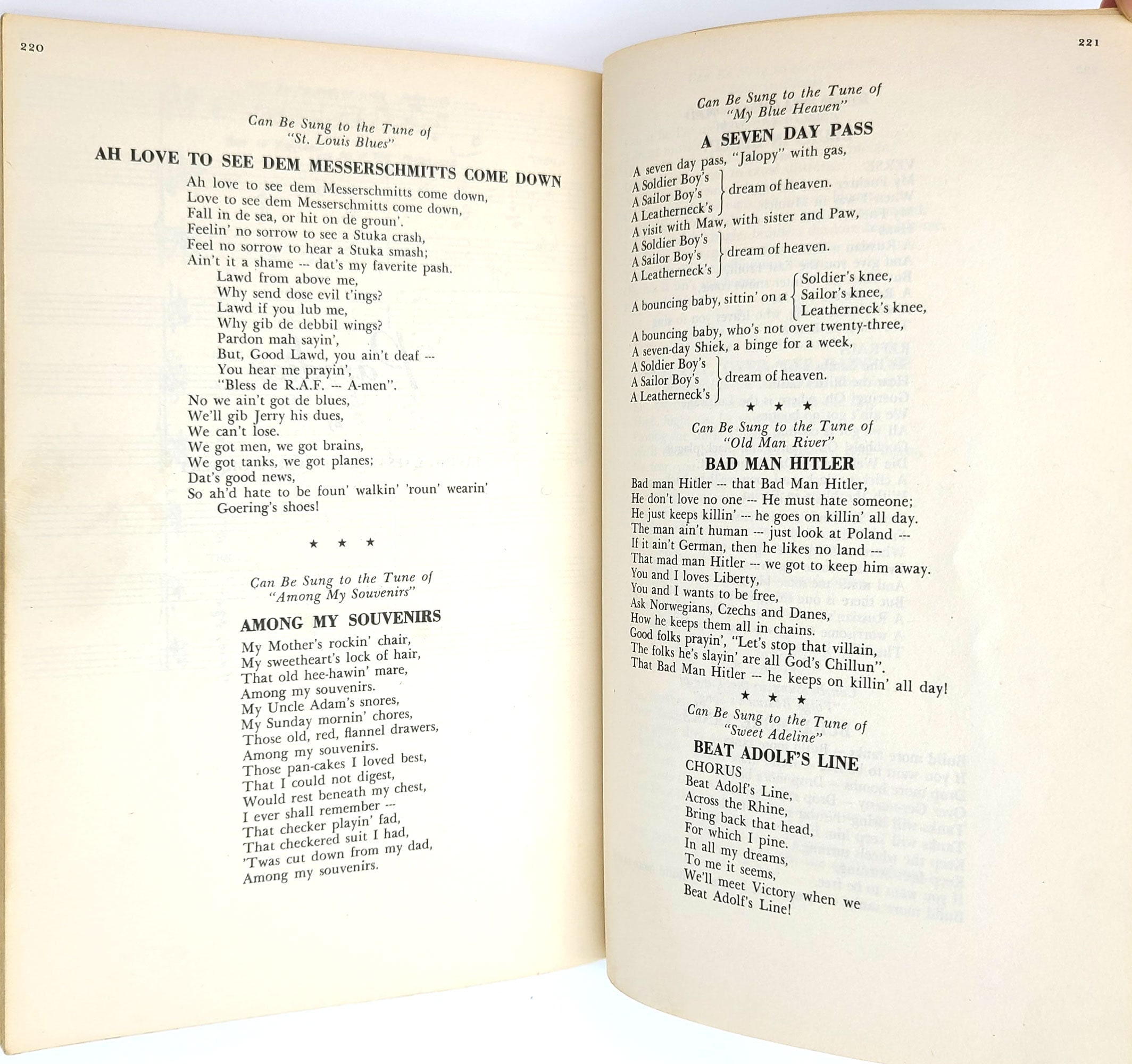 Title: Music and Lyrics for Musical Comedies and Reviews, being "At Ease" Volume III

Author: Edited and compiled by The Writers and Material Committee of Camp Shows, Inc.

A collection of Army and Navy (and some Marine Corps) songs for USO Camp Shows, Inc. Camp Shows, Inc. was formed in 1941 as the booking agency for the United Service Organizations (USO). They put on more than 270,000 performances around the world and entertained the troops between 1941 and 1945. Such notable entertainers as Bob Hope, Judy Garland, Bing Cosby, Frank Sinatra, John Wayne, Dinah Shore, Marlene Dietrich, and Lucille Ball were included in the acts.