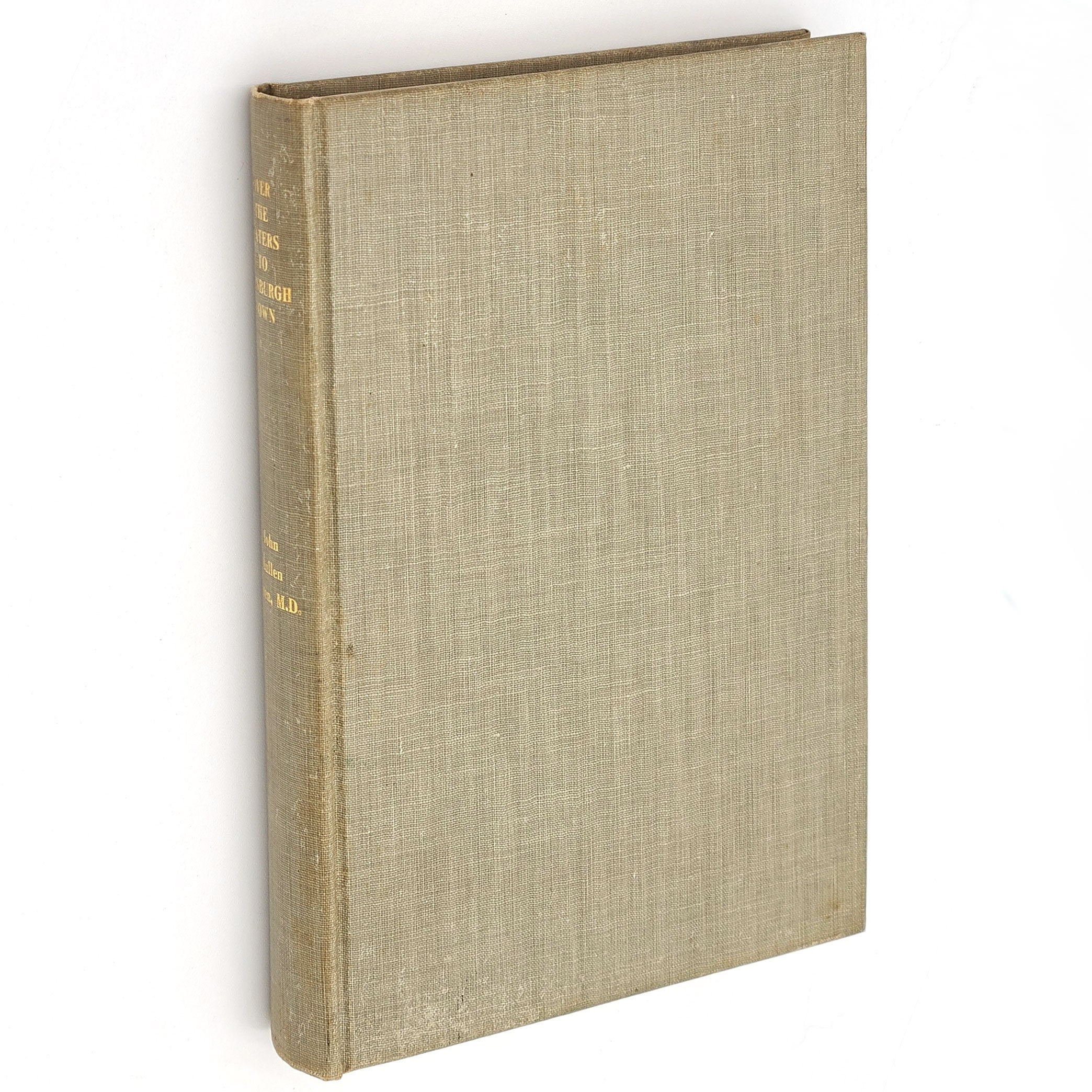 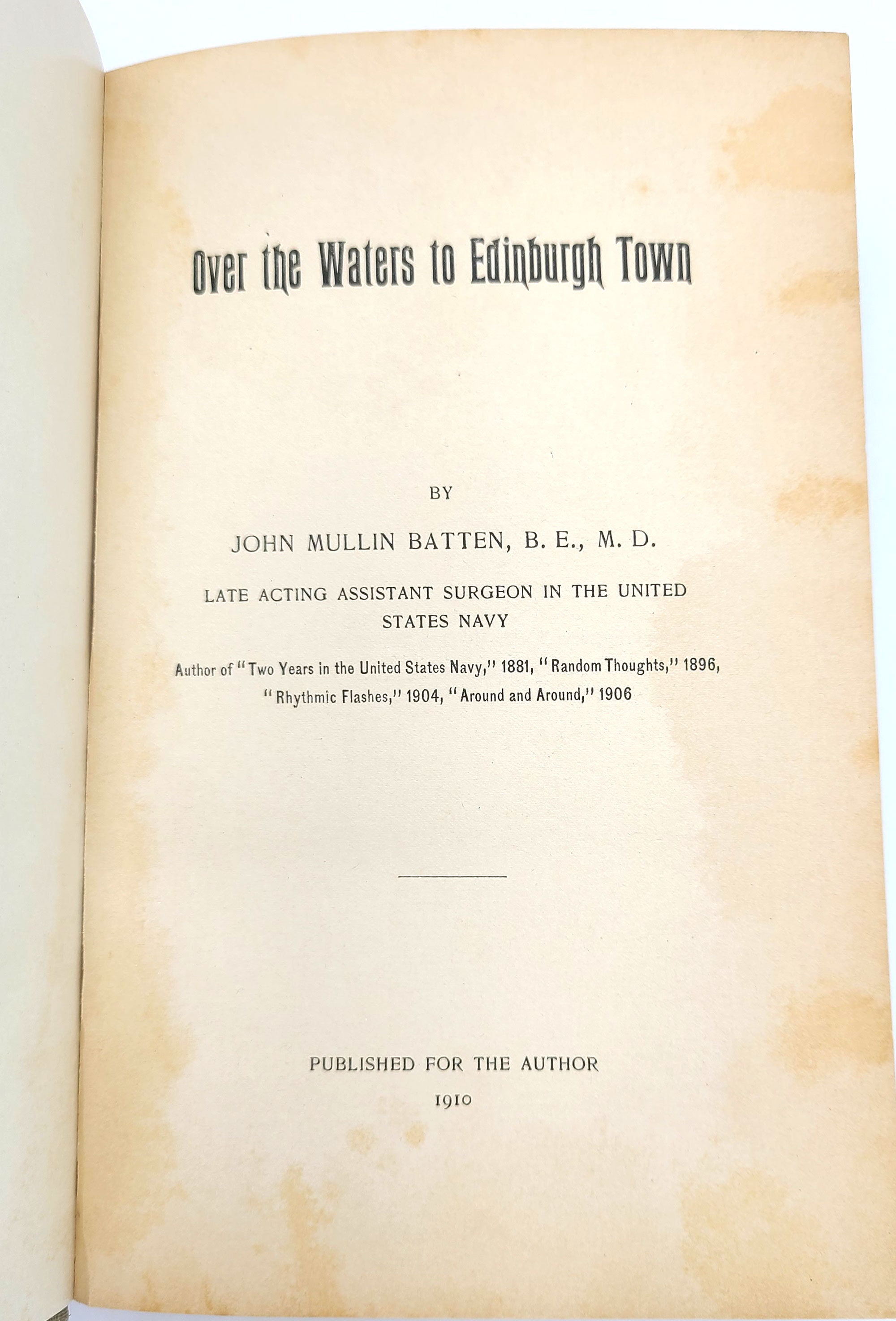 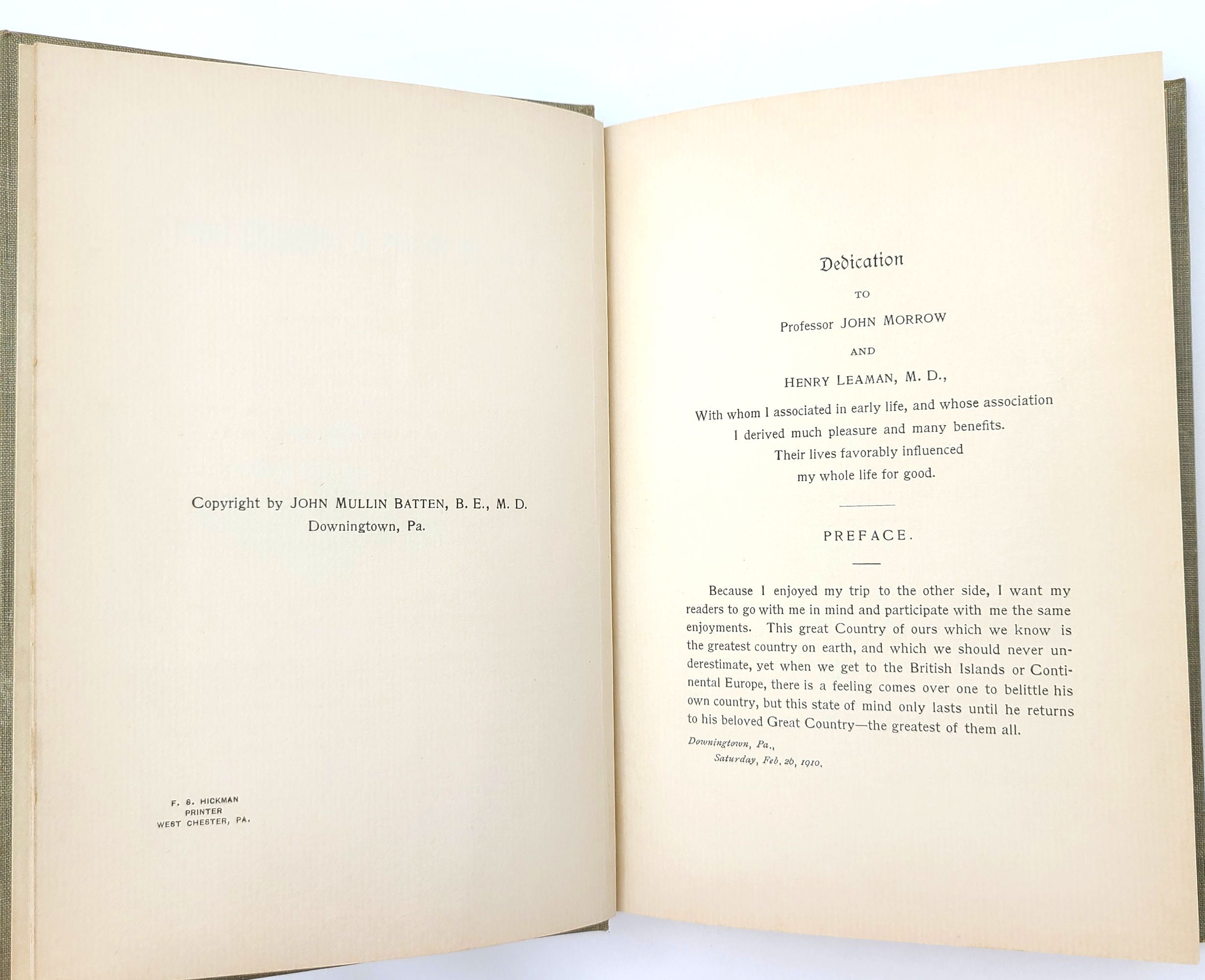 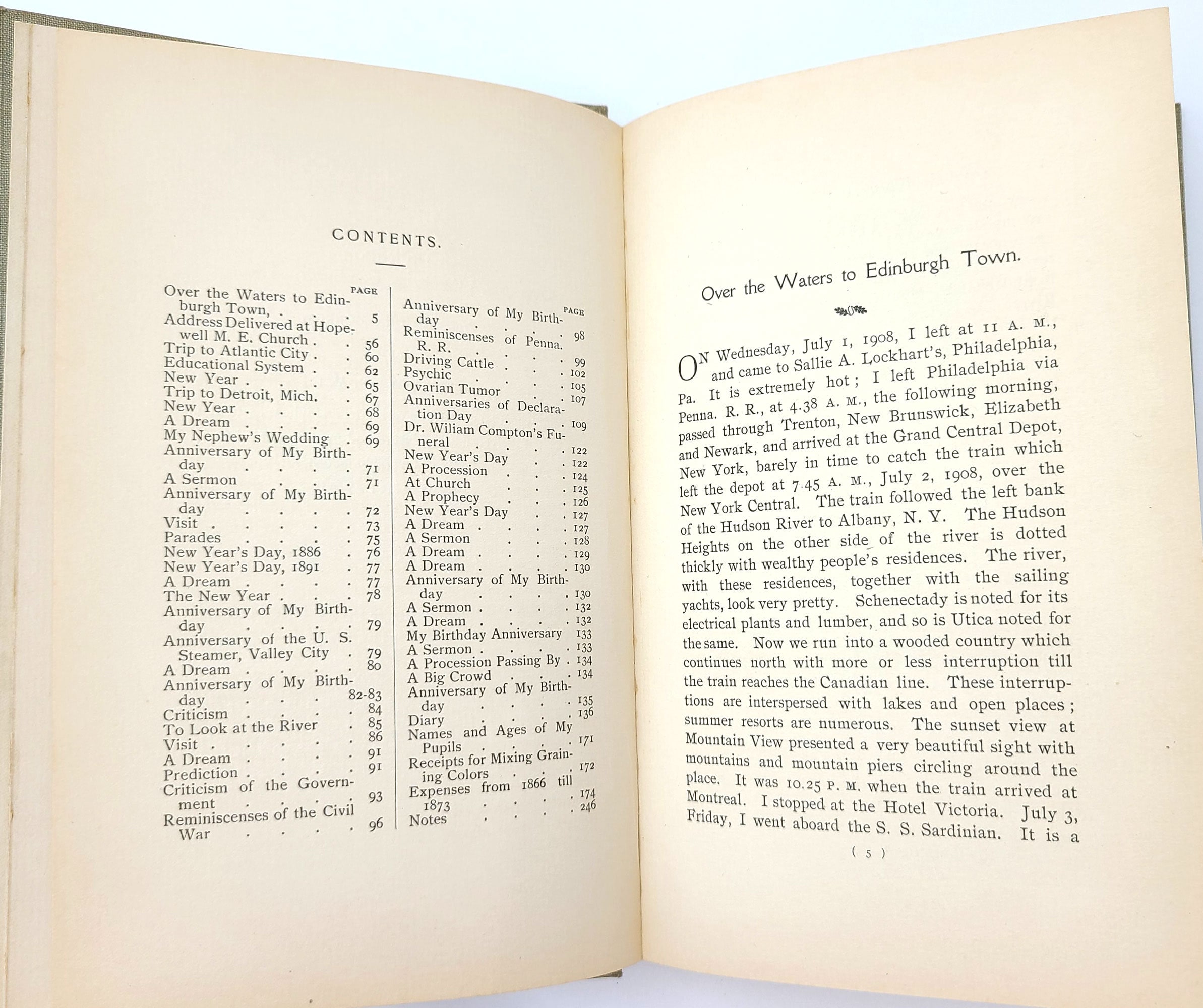 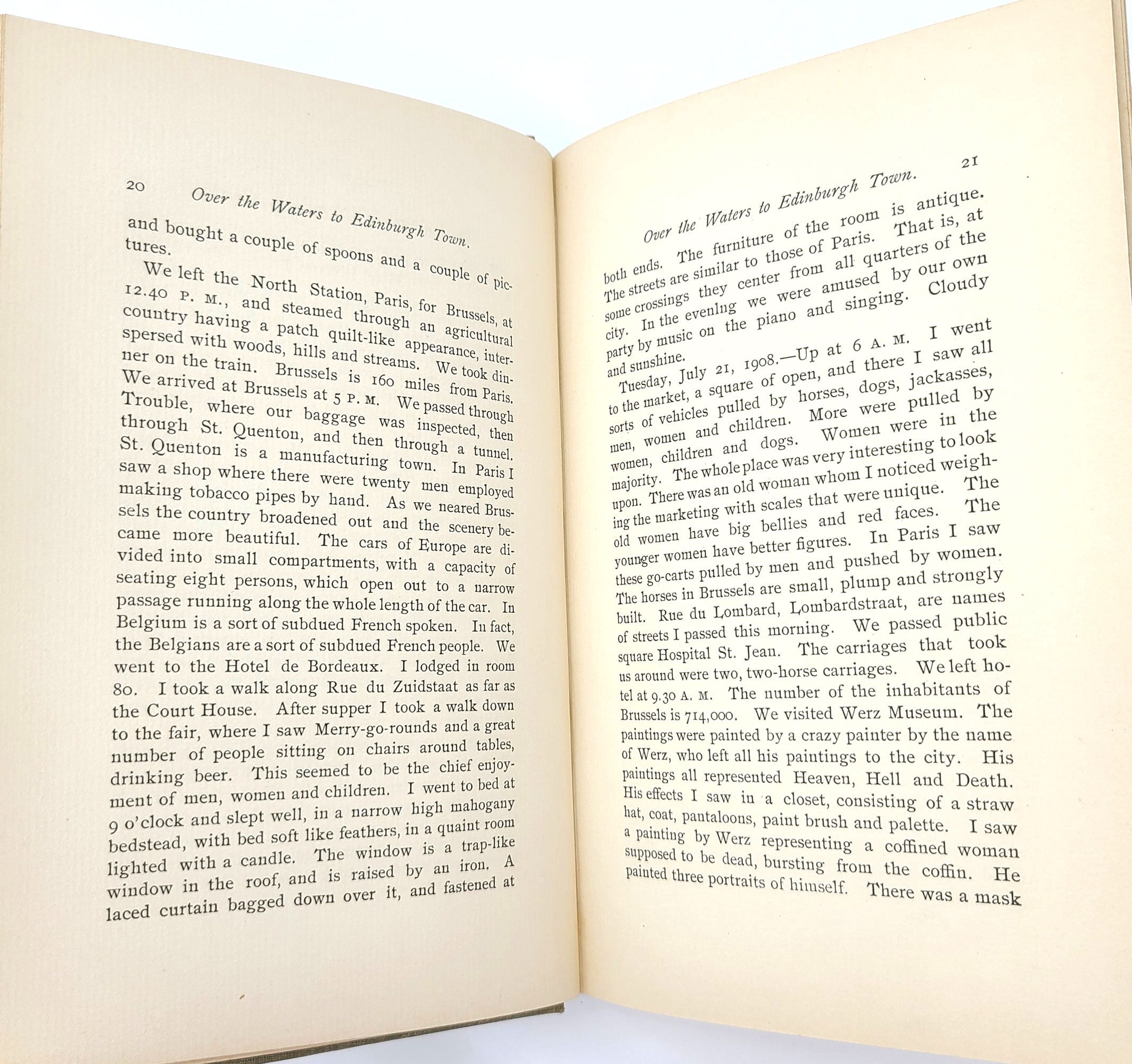 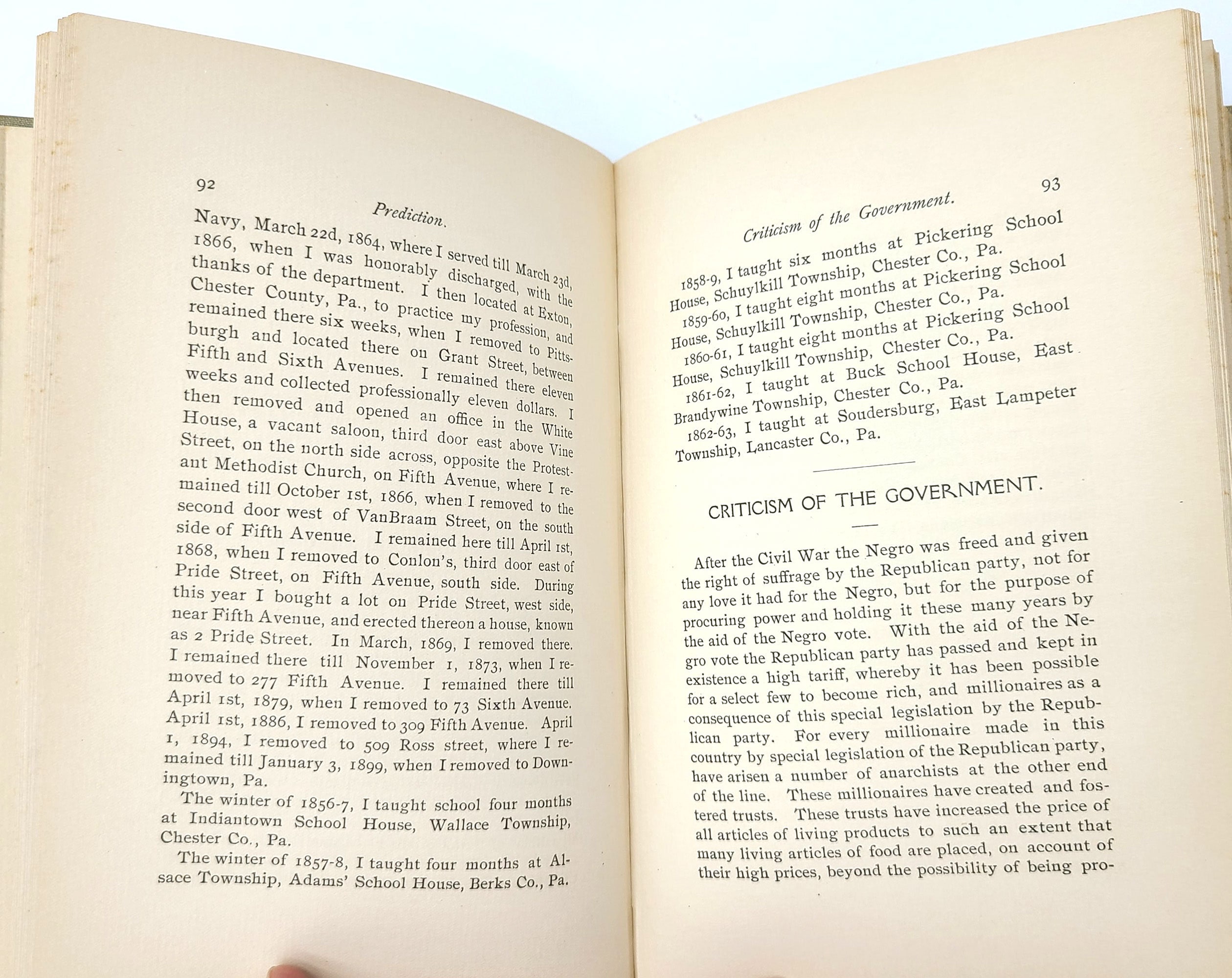 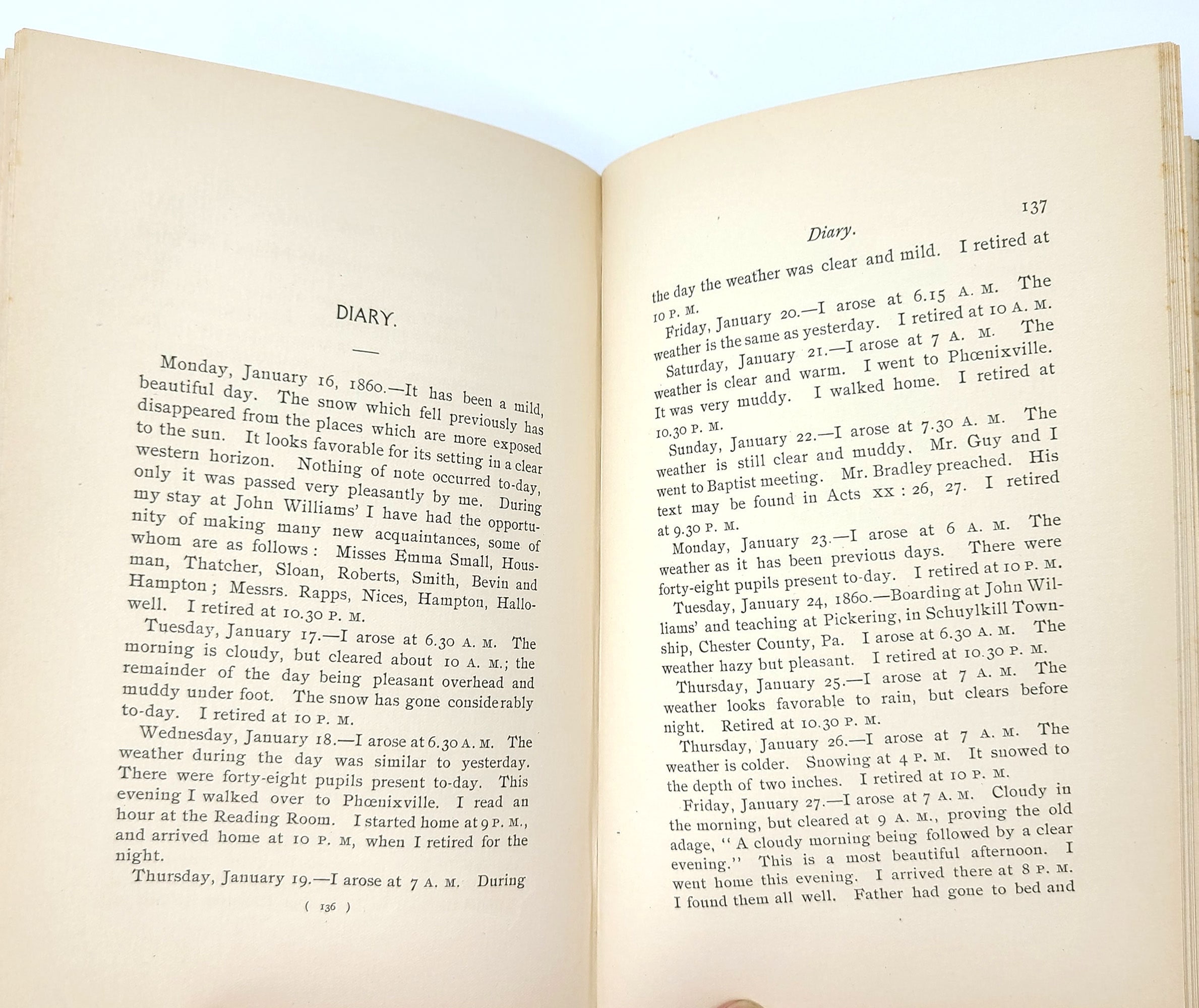 Title: Over the Waters to Edinburgh Town

An assorted collection of John M. Batten's memoirs. In the first fifty pages he gives a detailed account of his 1908 steamship trip to Canada, France, Belgium, Holland, England, and Scotland. The rest of the volume consists of a variety of types of diary entries, reflections (typically on his birthday or Independence Day), political thoughts, a few Civil War notes, a record of the various places he's lived at and the schools he's taught at, thirty-three pages of his diary (covering the period between January 1860 and March 1861), and seventy pages listing his expenses between 1866 and 1873.

John Mullin Batten (1837-1916) was a Pittsburgh and U.S. Navy physician. He served in the United States Navy during the Civil War and was stationed aboard the steamships Princeton and Valley City (which saw action with the Confederates) and later on the monitors Oneota and Catawba upon the Ohio and Mississippi rivers. After the war, he settled in Pittsburgh and established a successful practice.