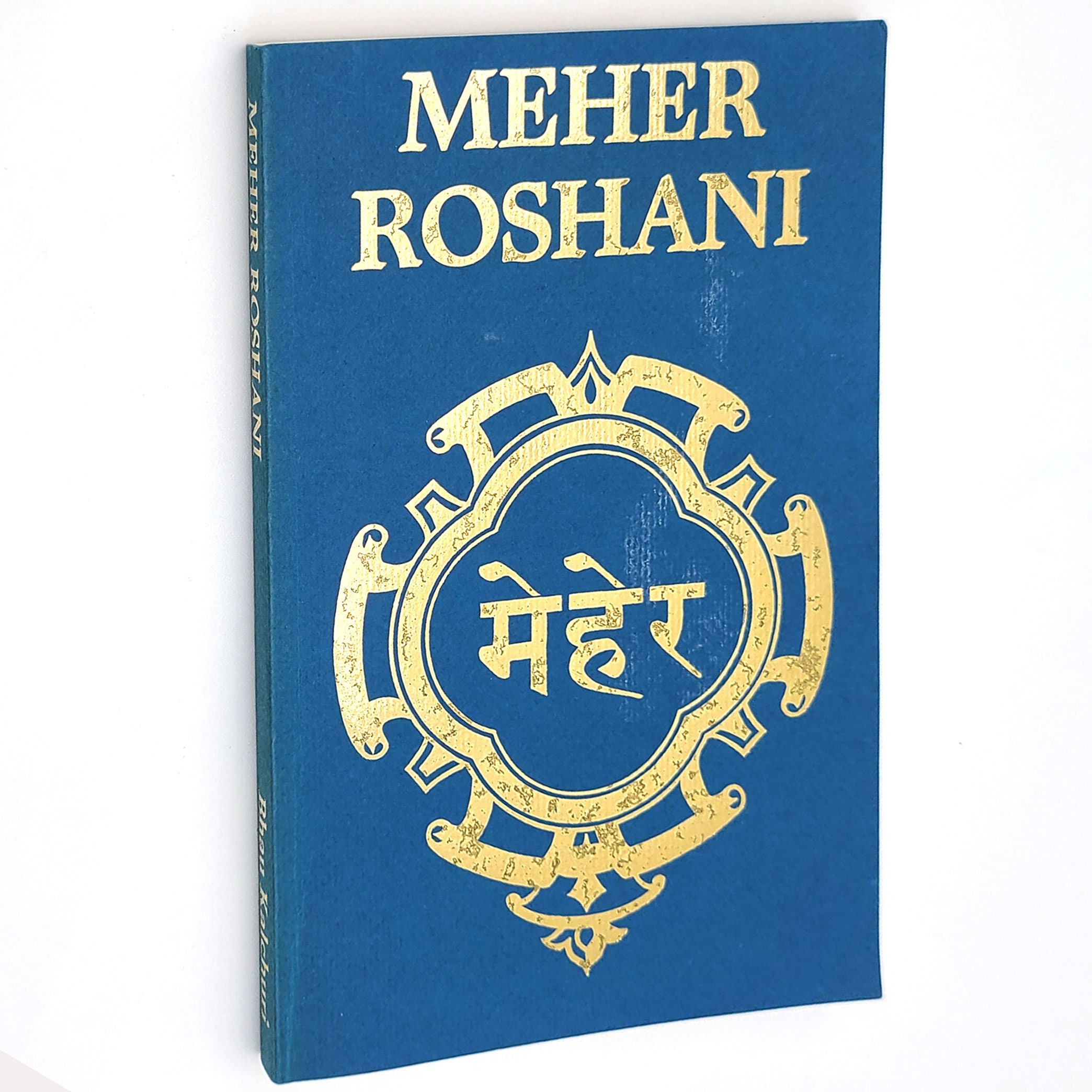 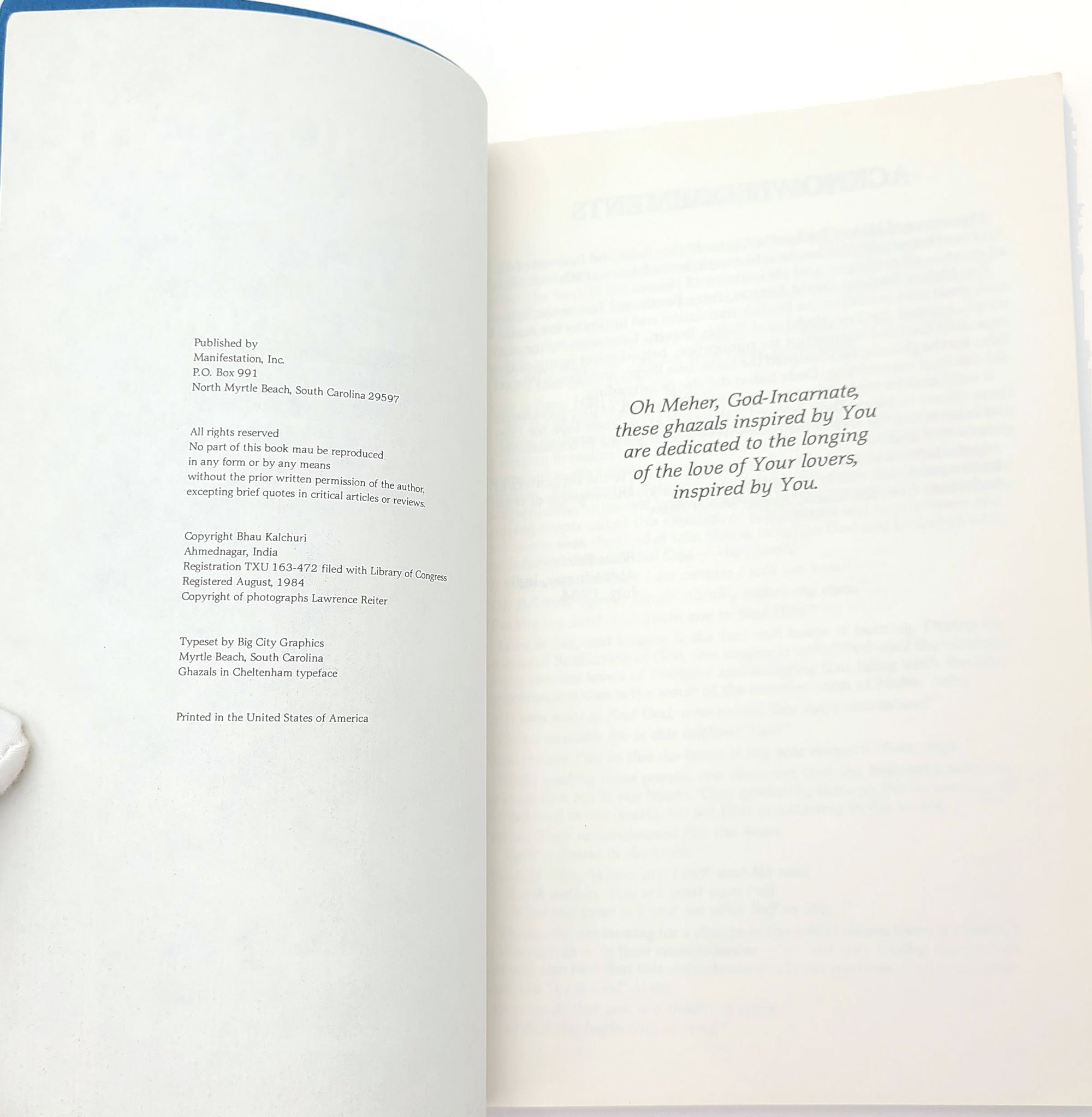 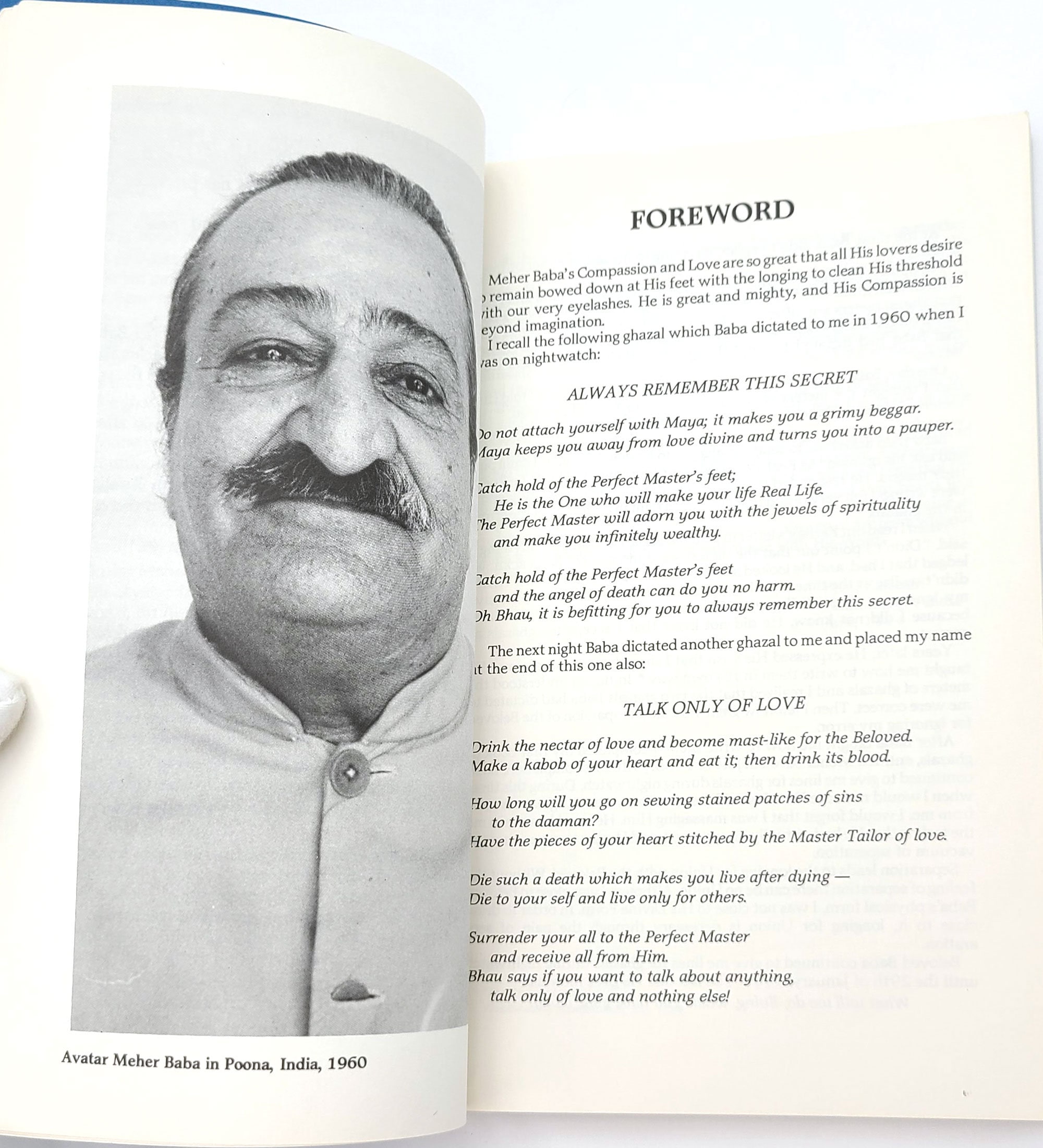 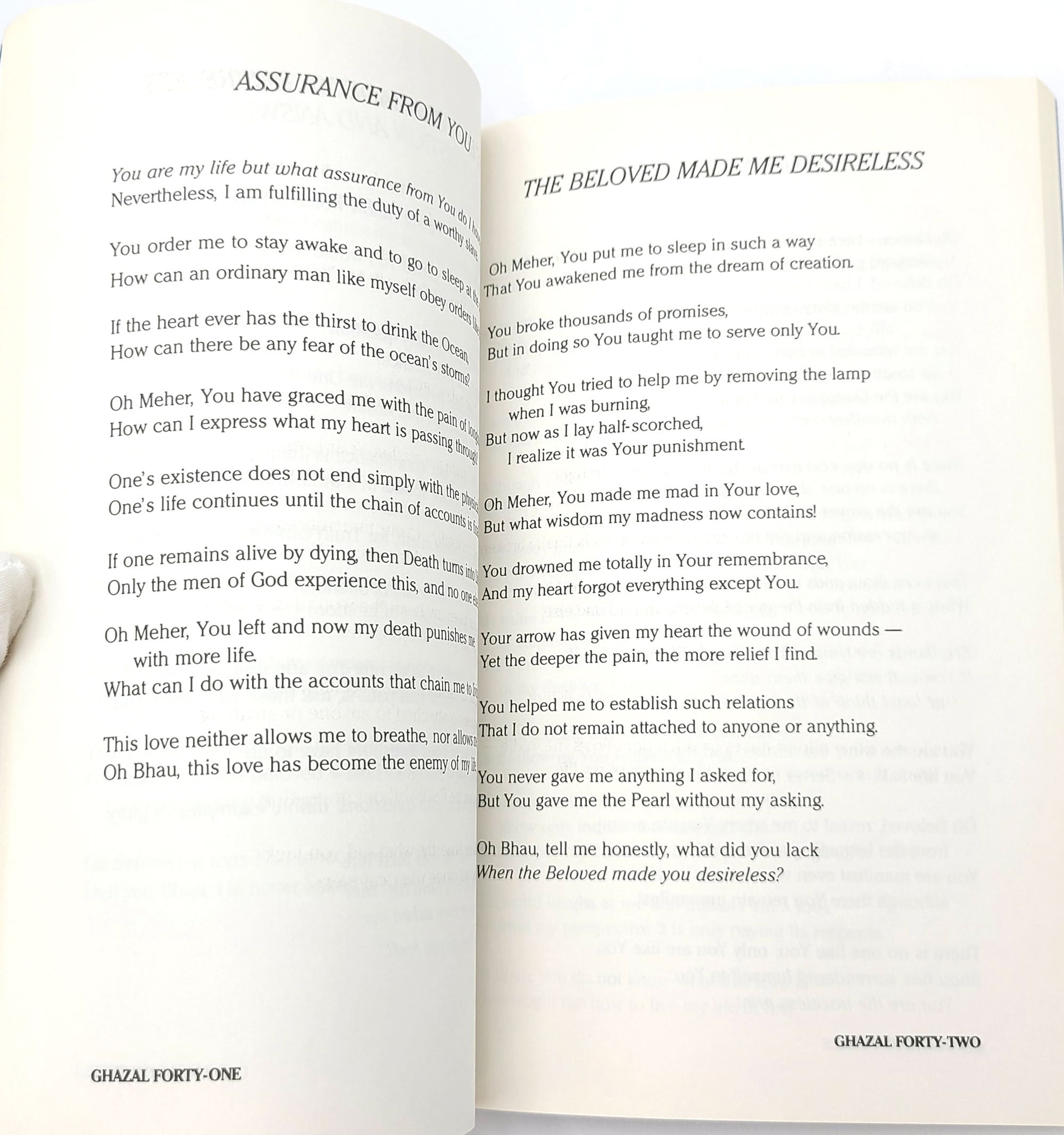 117 ghazals written by Meher Baba's disciple Bhau Kalchuri between July 1968 and January 1969. Meher Baba would often give Kalchuri a line or couplet (which are italicized) from which he would develop each ghazal. Kalchuri was with Meher Baba between 1952 and 1969 and during this time was shaped into a poet and taught the art of writing ghazals by his master. Meher Baba himself titled this book just a few months before his death. Includes ten pages of commentary by the author.