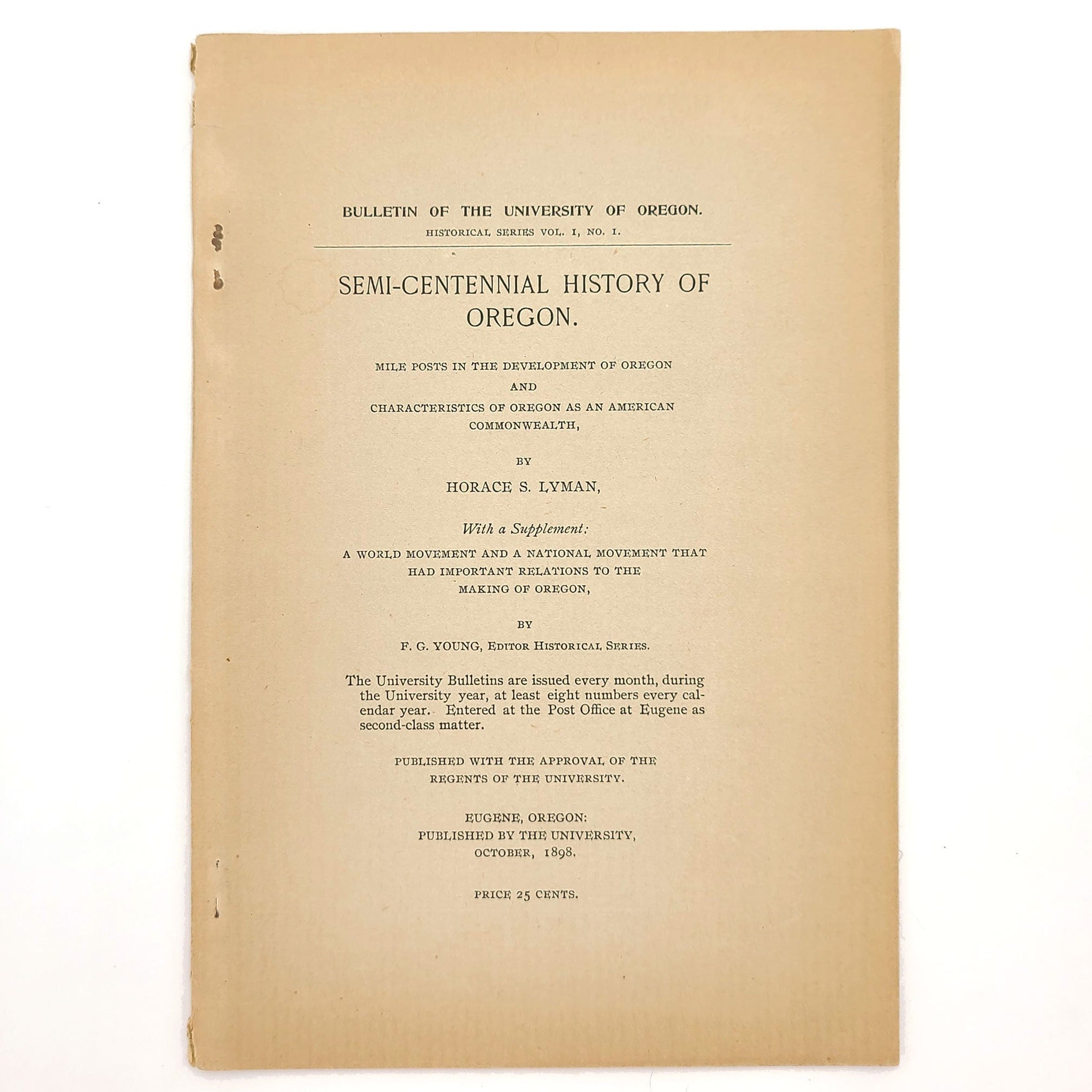 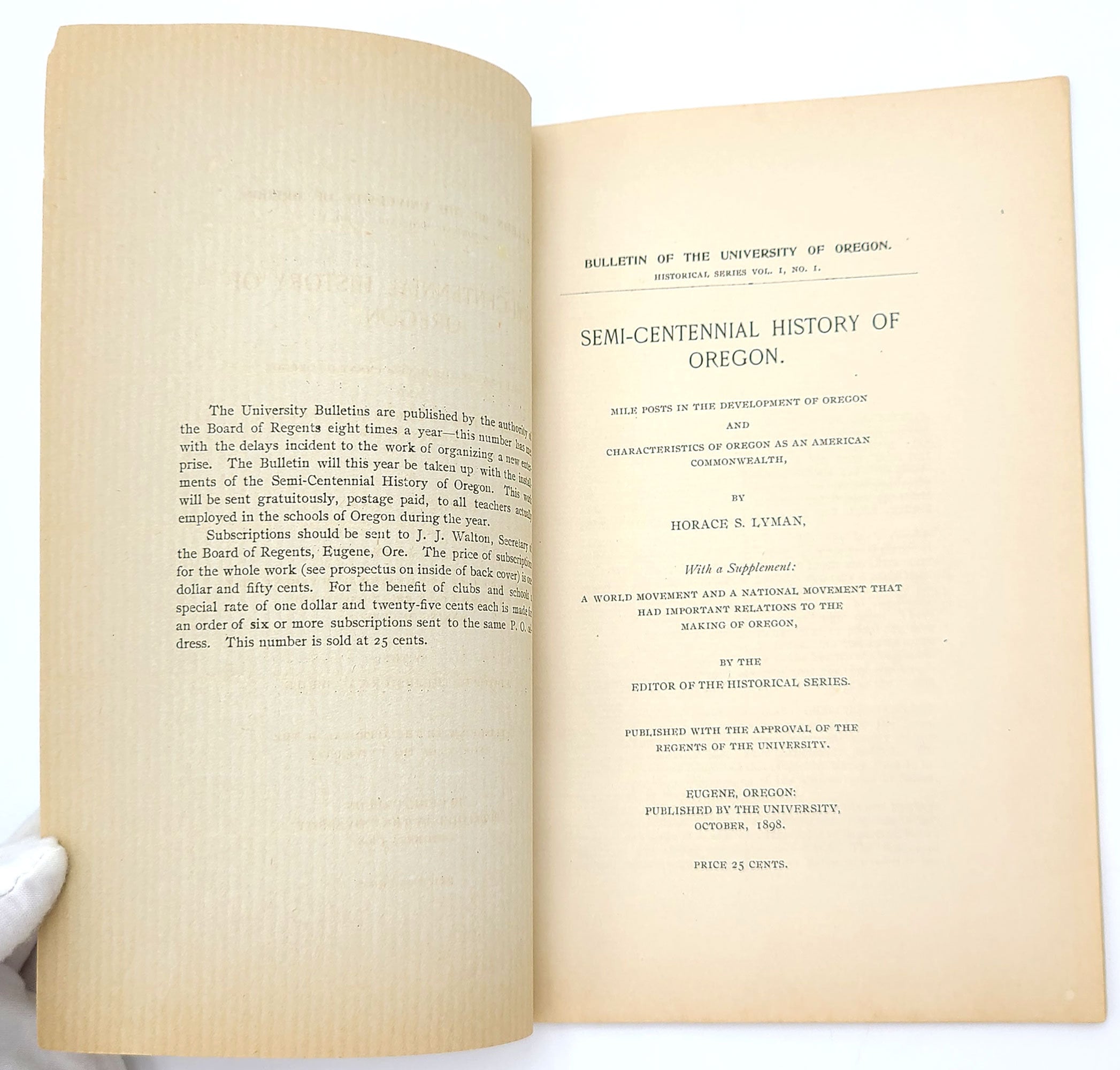 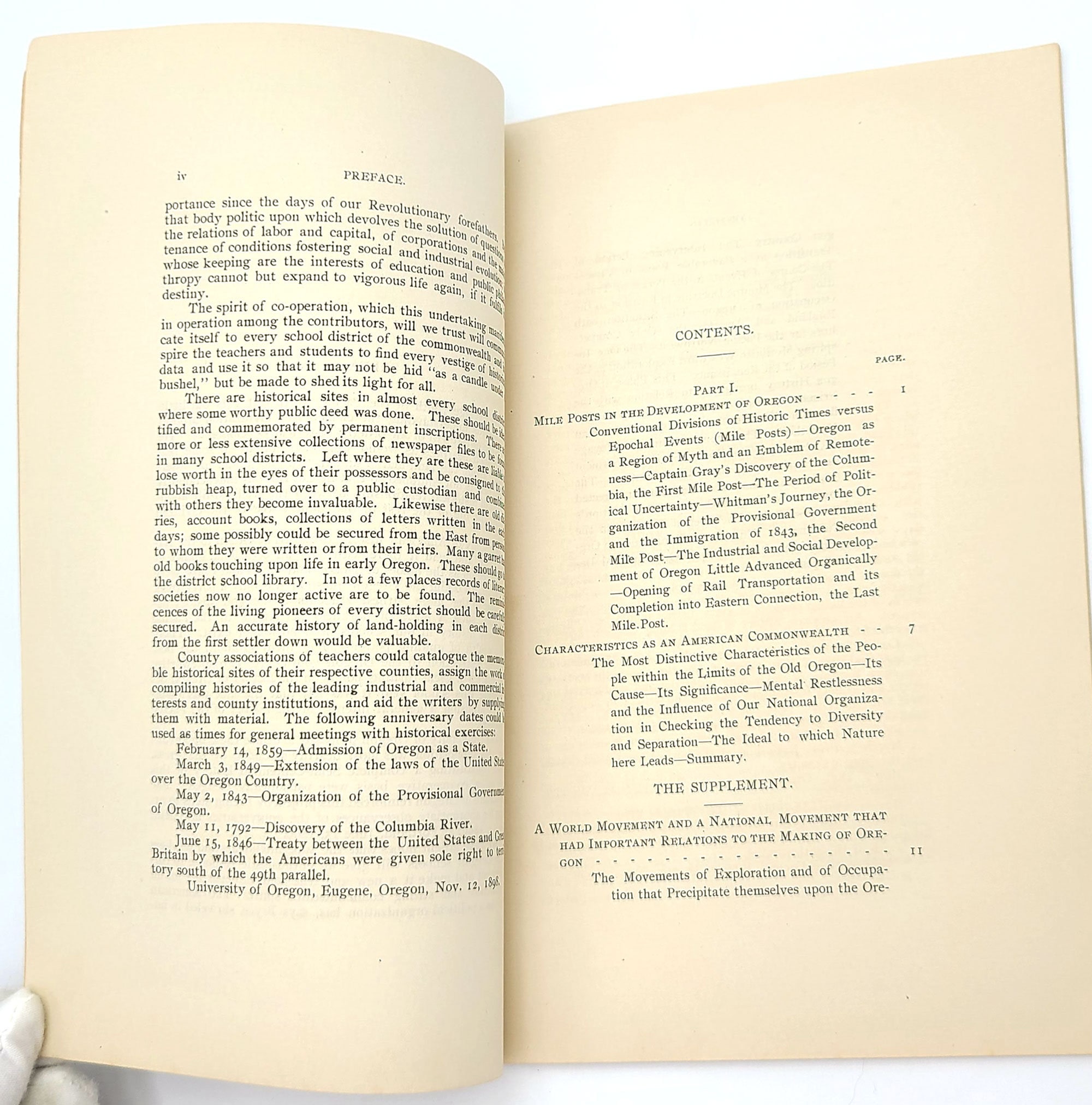 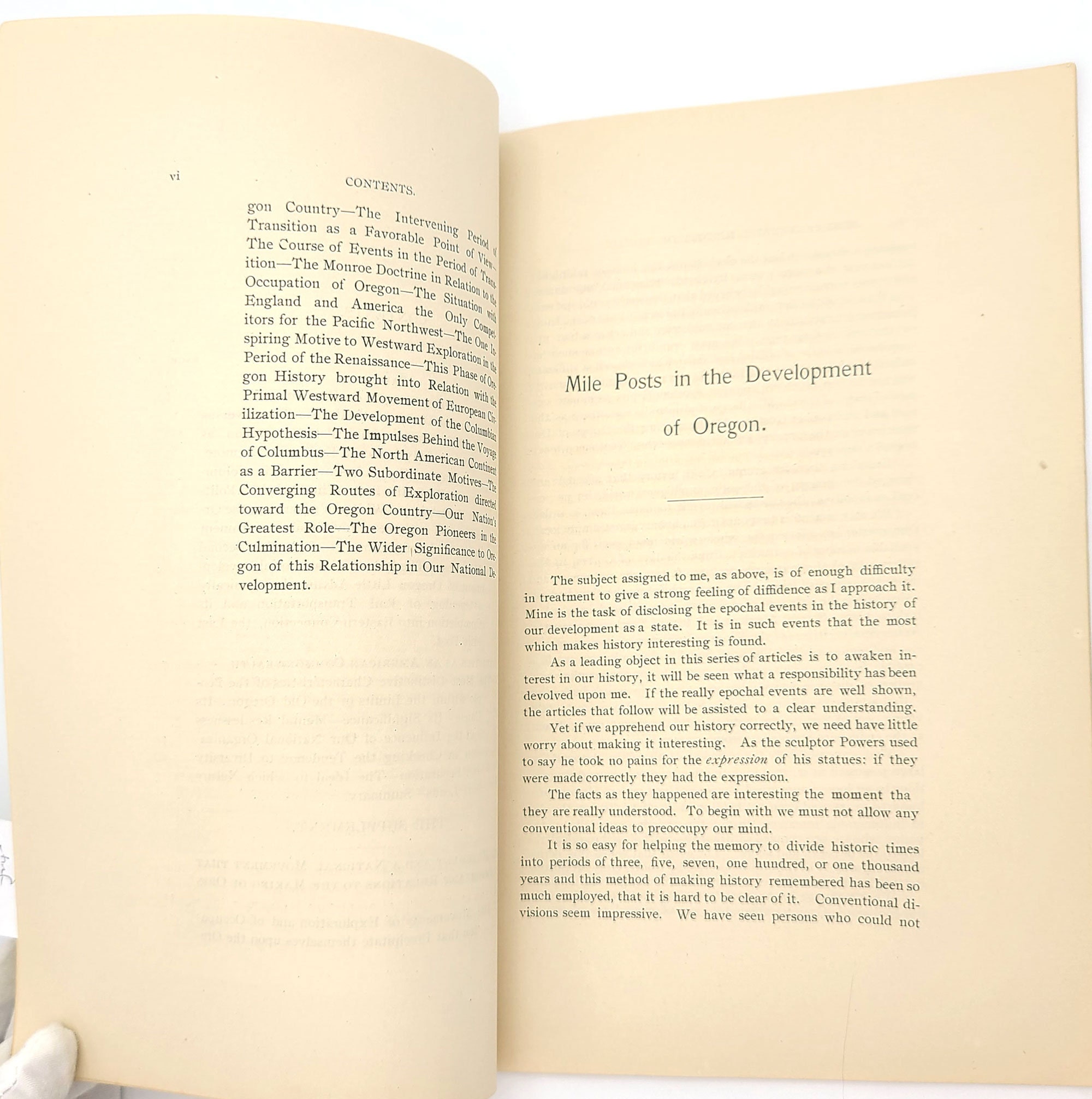 Title: Semi-Centennial History of Oregon. Mile Posts in the Development of Oregon and Characteristics of Oregon as an American Commonwealth (Bulletin of the University of Oregon. Historical Series. Vol. I, No. 1.)

An essay in two parts by Horace Sumner Lyman (1855-1904). First, on the early mileposts of Oregon history (Captain Gray, Marcus Whitman, the Provisional Government, and the opening of rail transportation. Second, the character of the people of Old Oregon, their mental restlessness, the checking of the tendency to diversity and separation by national organizations, etc.

This is followed by an essay by University of Oregon professor Frederic George Young (1858-1929), ''A World Movement and a National Movement that had Important Relations to the Making of Oregon,'' regarding various expansionist influences, the Monroe Doctrine, competition between England and America, westward expansion (beginning from Europe), the development of the Columbian Hypothesis, etc.

The inside of the rear cover shows a prospectus for the publication of the next fourteen issues of the Semi-Centennial History of Oregon (including those by George Himes, John Minto, Thomas Condon, and George H. Williams).