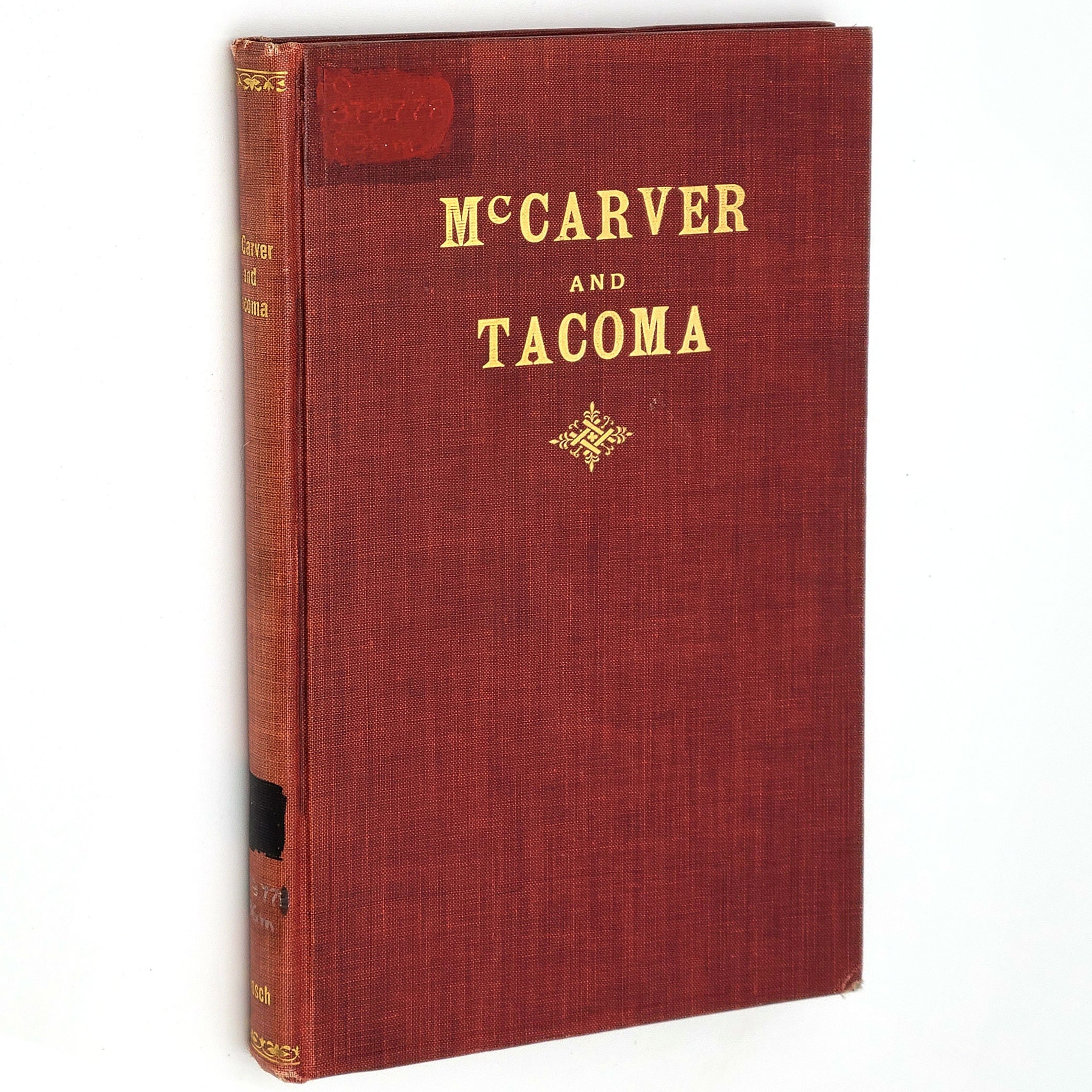 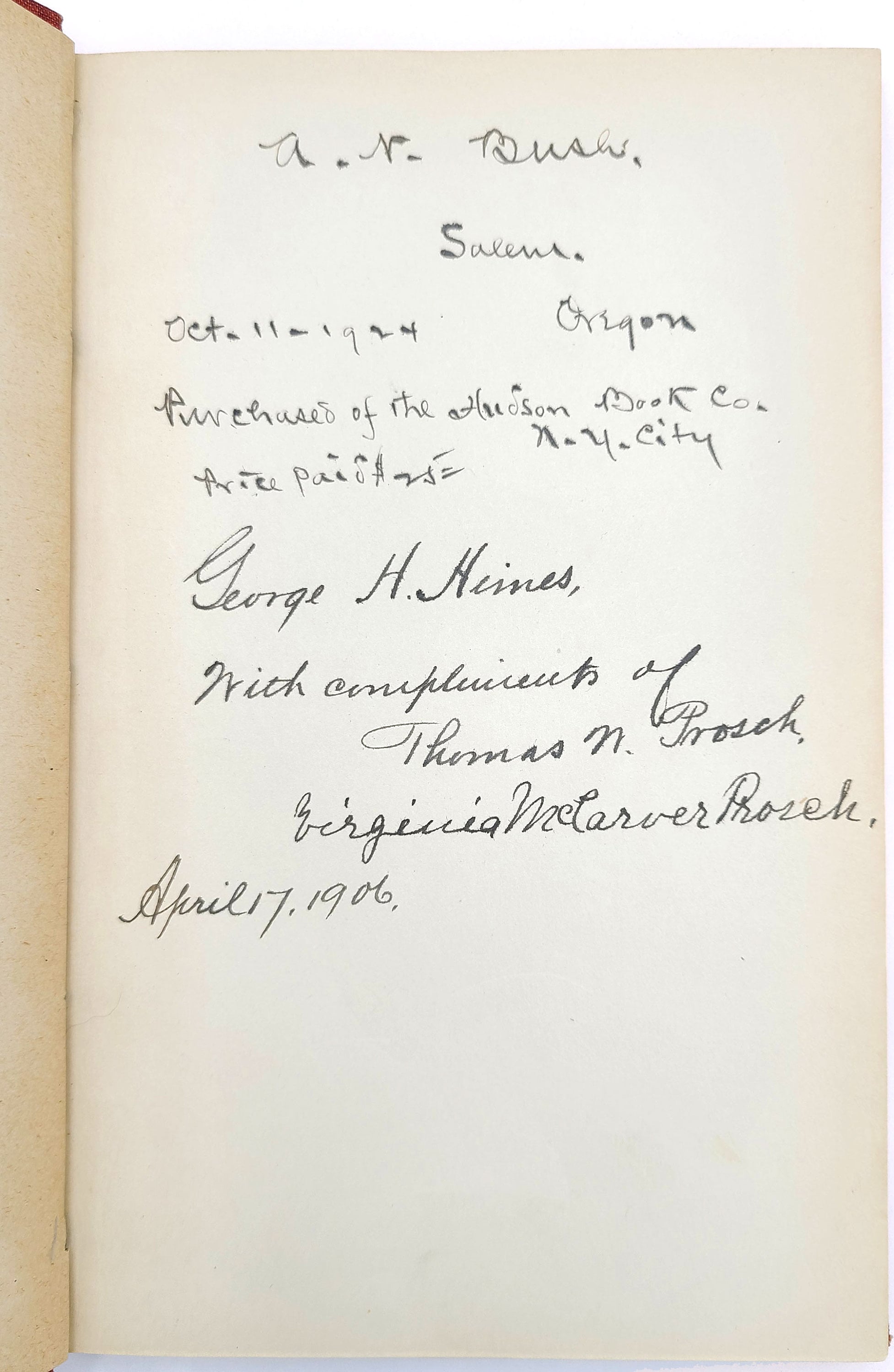 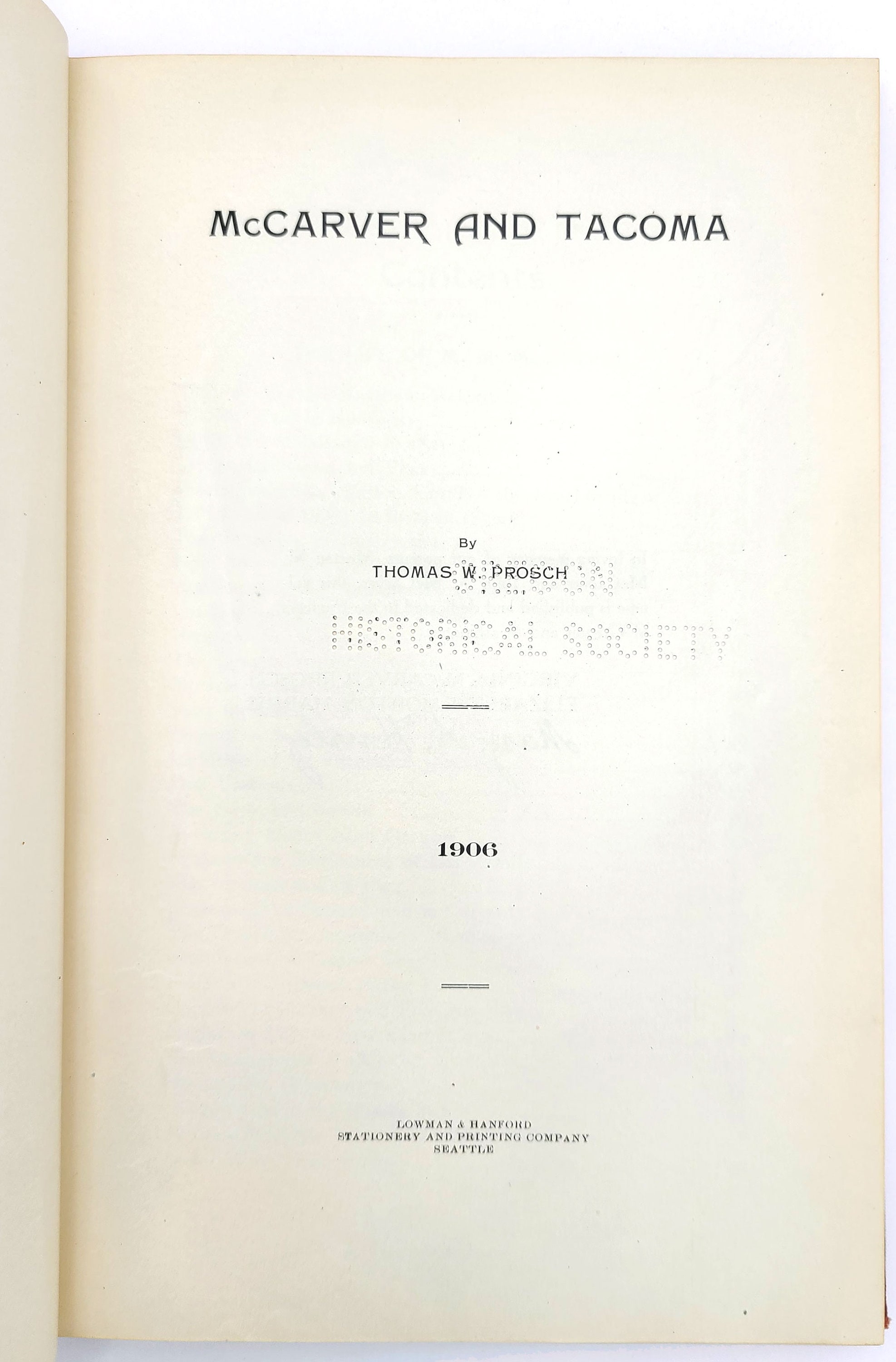 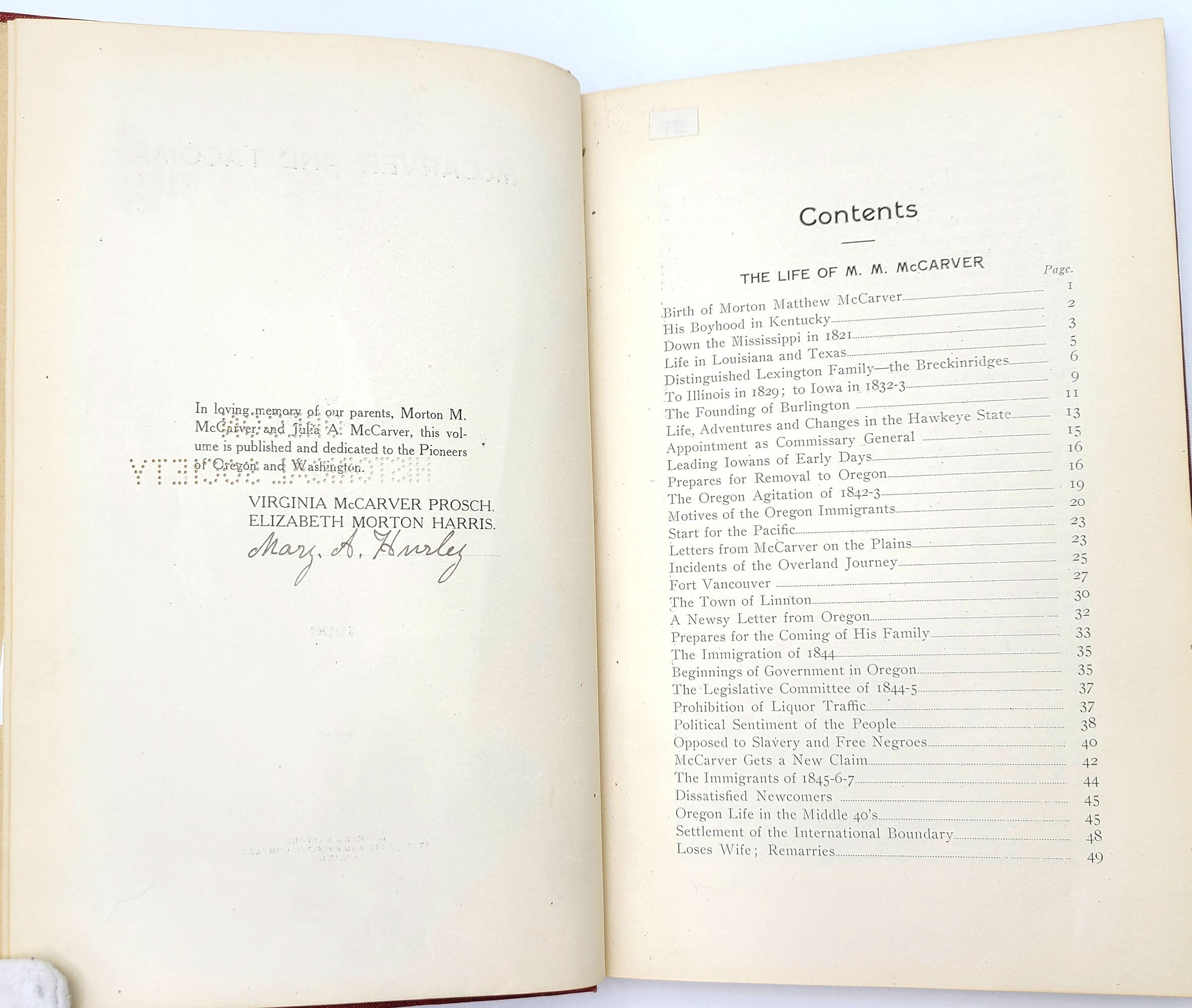 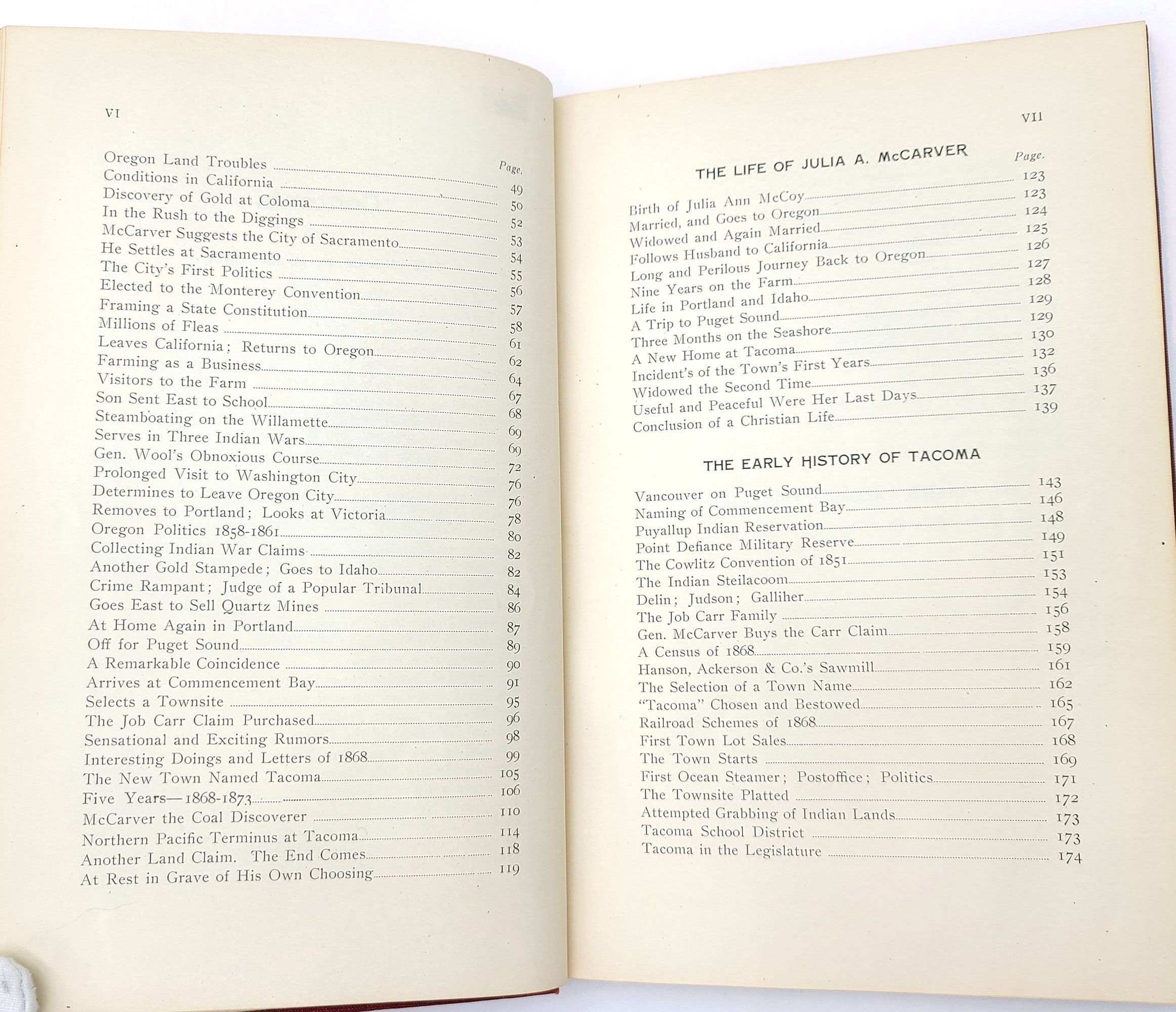 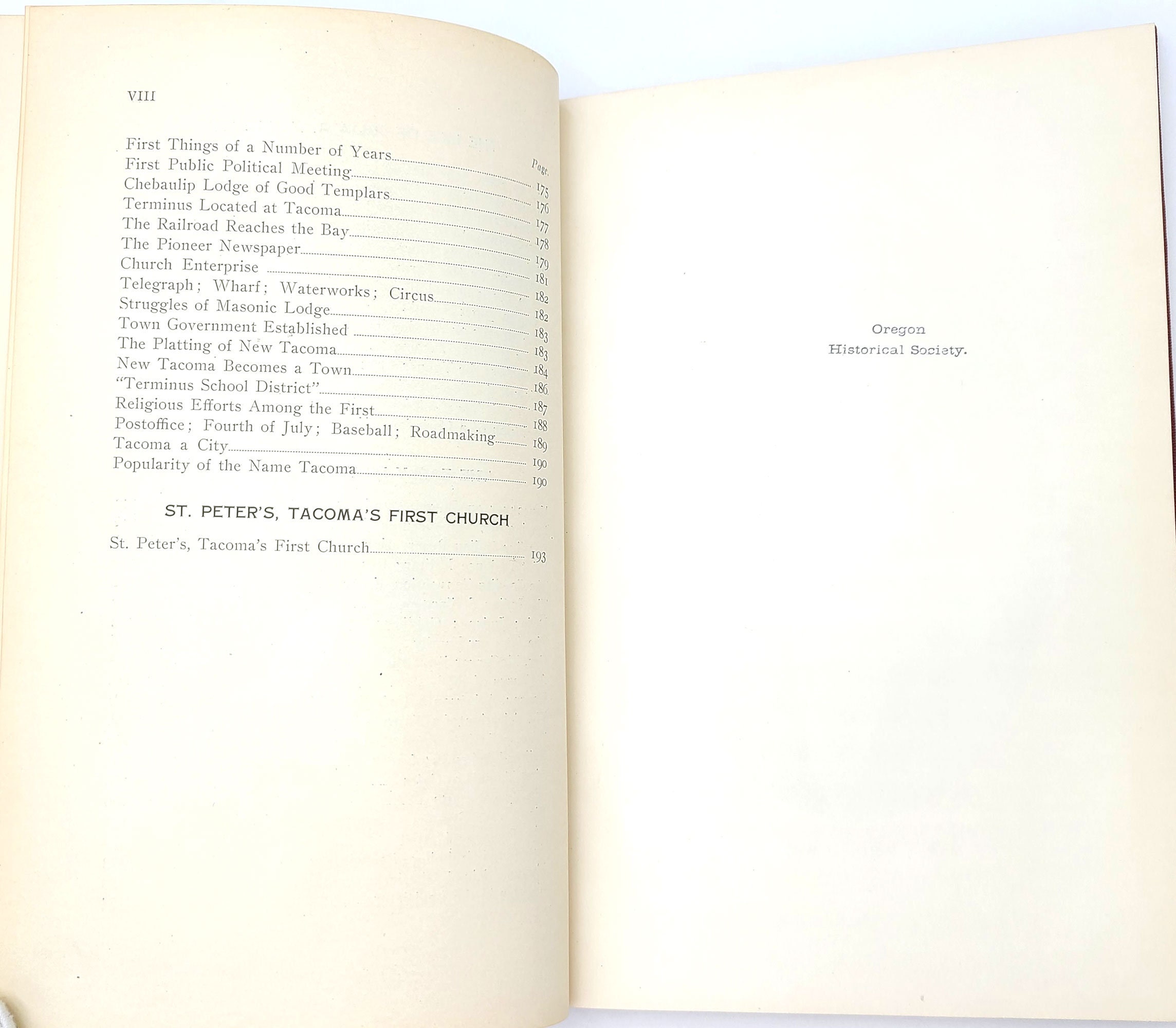 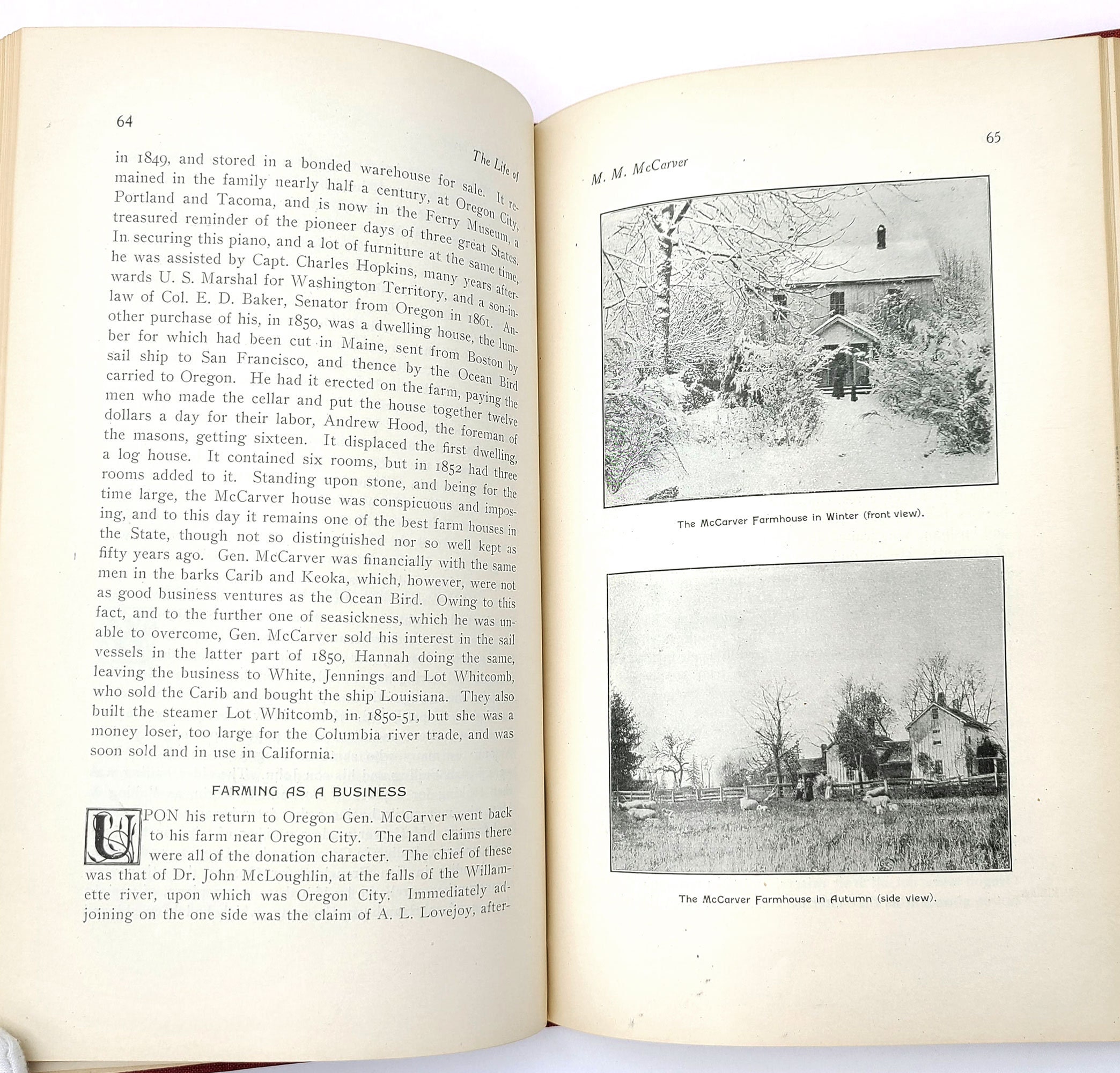 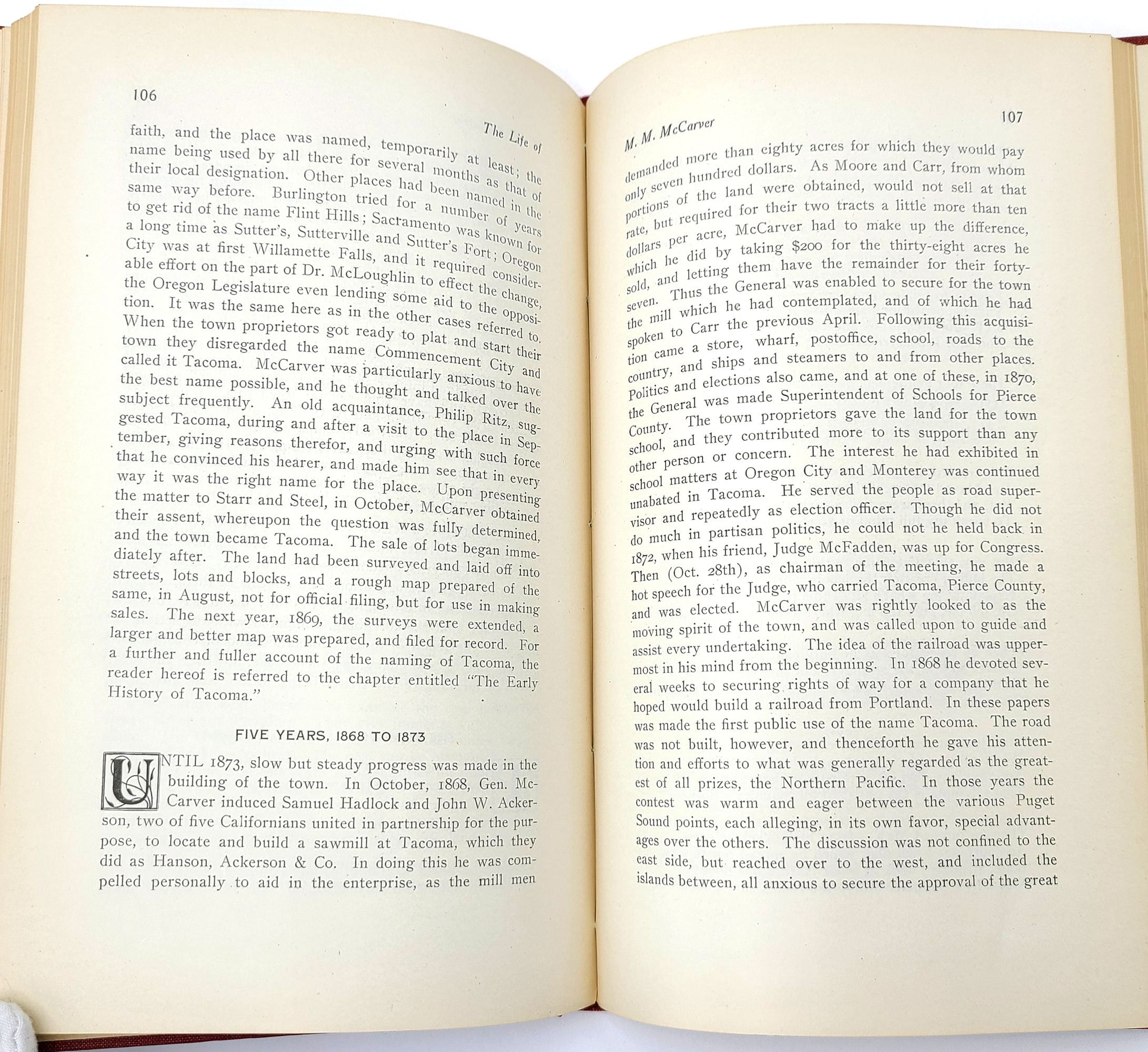 Description: Inscribed in 1906 by Thomas W. Prosch and Virginia McCarver Prosch (daughter of General McCarver) to George H. Himes, the Oregon Trail pioneer, historian, early publisher, and first curator of the Oregon Historical Society. Also signed by a second daughter of General McCarver, Mary Ann Hurley, on the dedication page. Acquired and inscribed in 1924 by A. N. Bush of Salem [Asahel N. Bush III, president of the Ladd & Bush Bank].

A detailed biography of the prominent Oregon Trail pioneer and founder of Tacoma, General Morton M. McCarver, with a shorter biography of his wife Julia Ann (McCoy) McCarver, and a history of the establishment of Tacoma, Washington. Includes a wealth of information on life and politics in the Oregon and Washington Territories.

Morton Matthew McCarver (1807-1875) was born in Lexington, Kentucky, was one of the founders of Burlington, Iowa, served in multiple Indian Wars (including the Black Hawk, Cayuse, and Rogue River Wars), lived in Oregon City, founded Linnton (near Portland) in 1843, served as the first Speaker of the Provisional Legislature of Oregon 1844-1845, participated in the California Gold Rushes of 1848-1849 and the Idaho Gold Rush of 1862, co-owned a passenger ship in service between San Francisco and Milwaukie, Oregon, and platted Tacoma City in 1869.