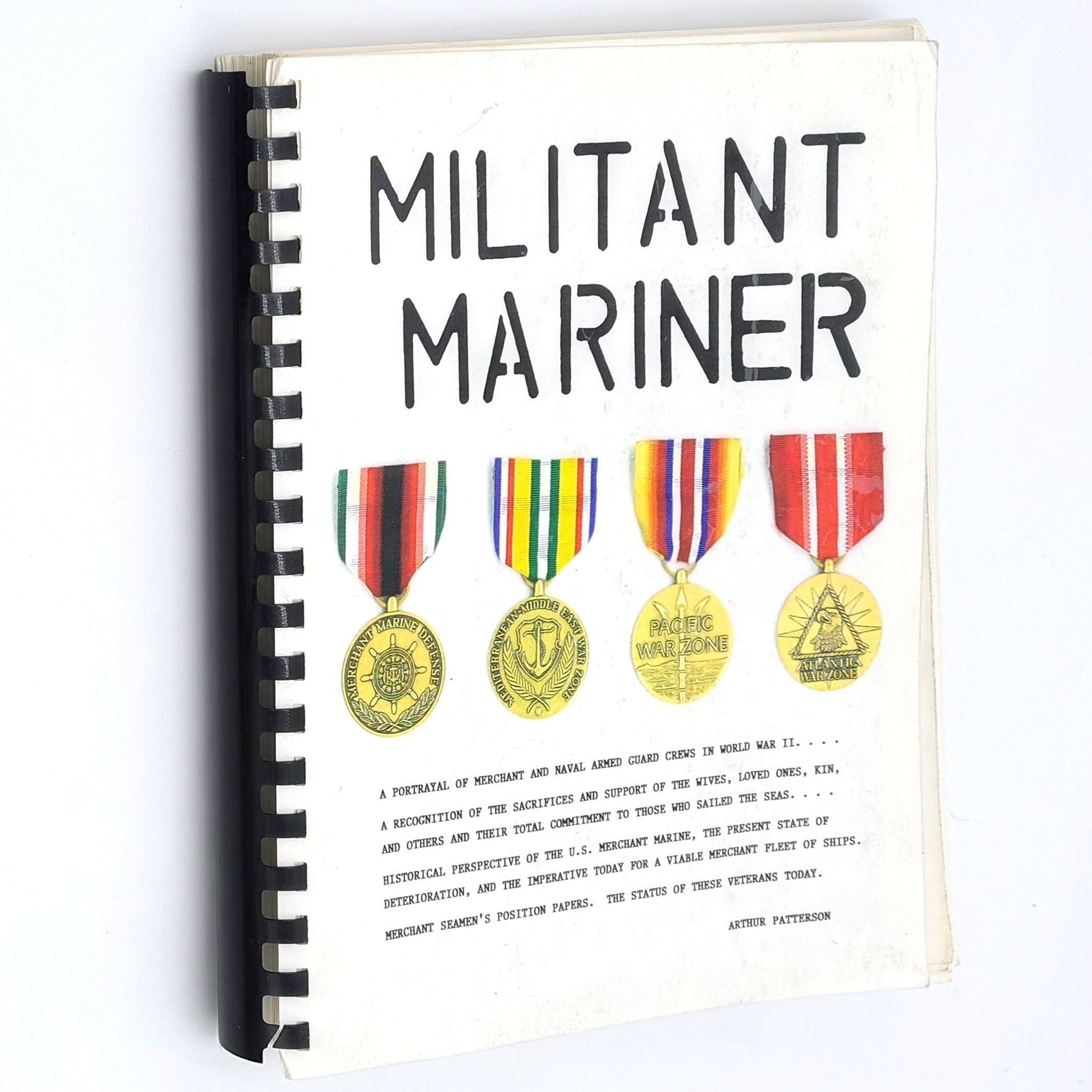 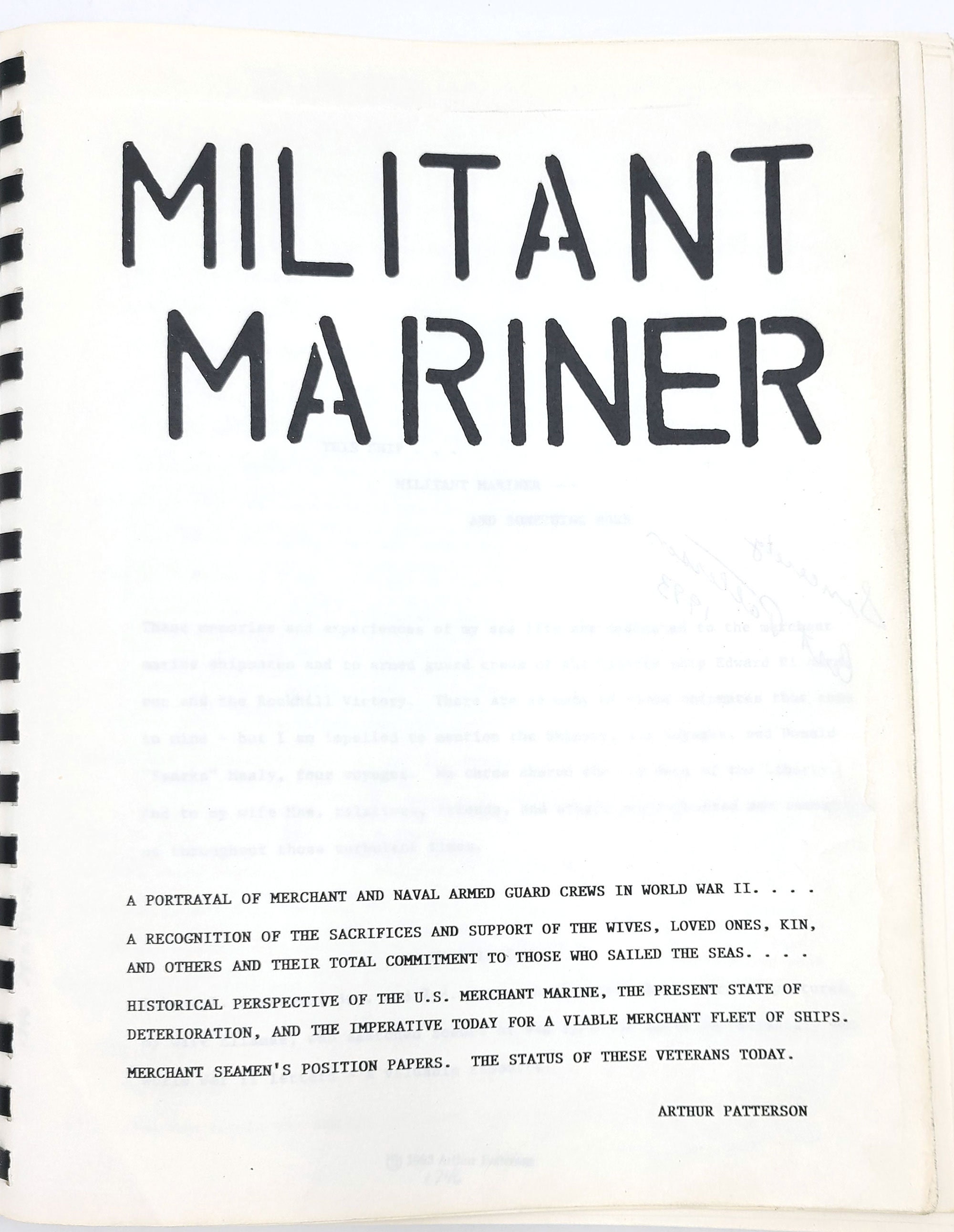 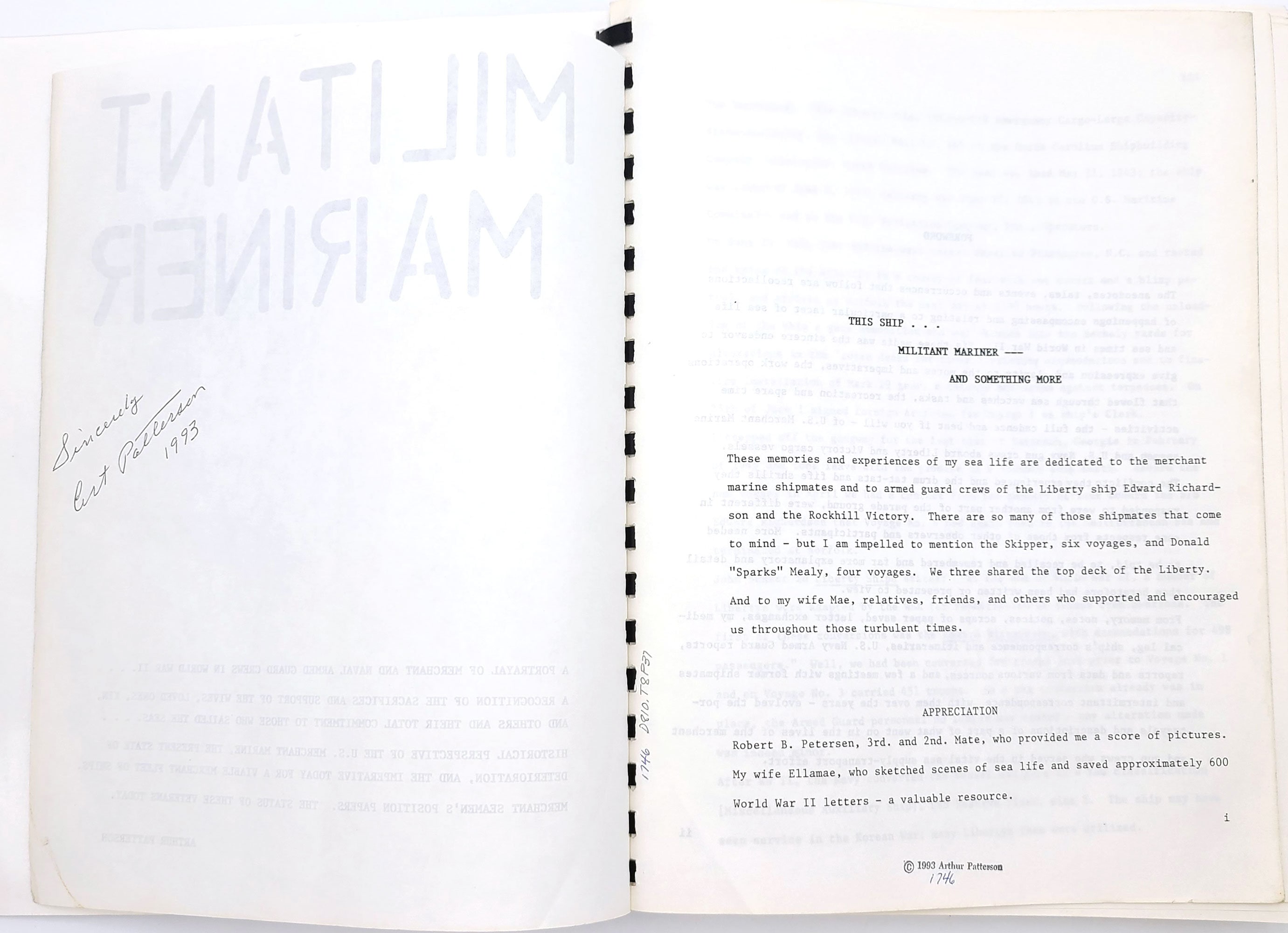 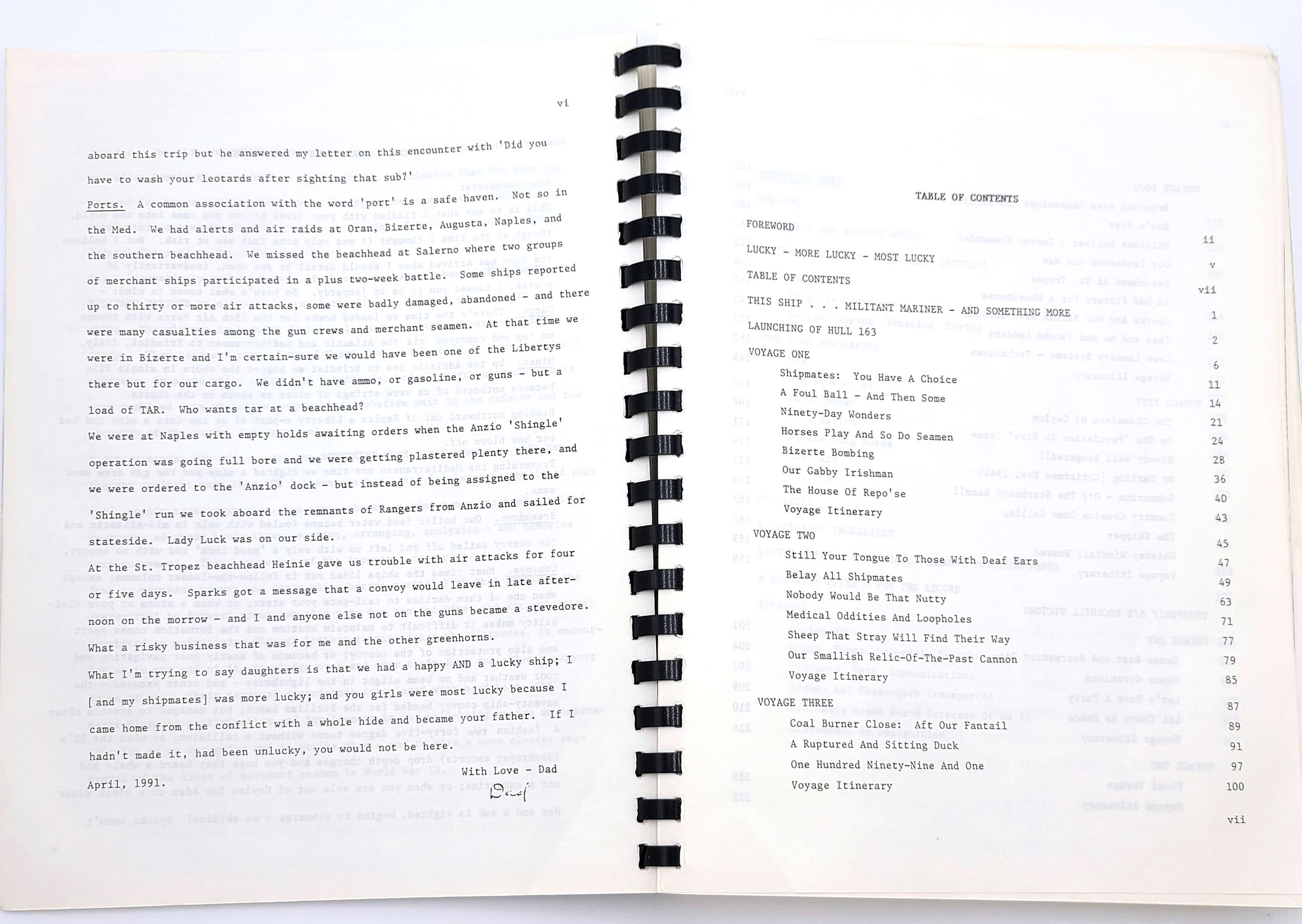 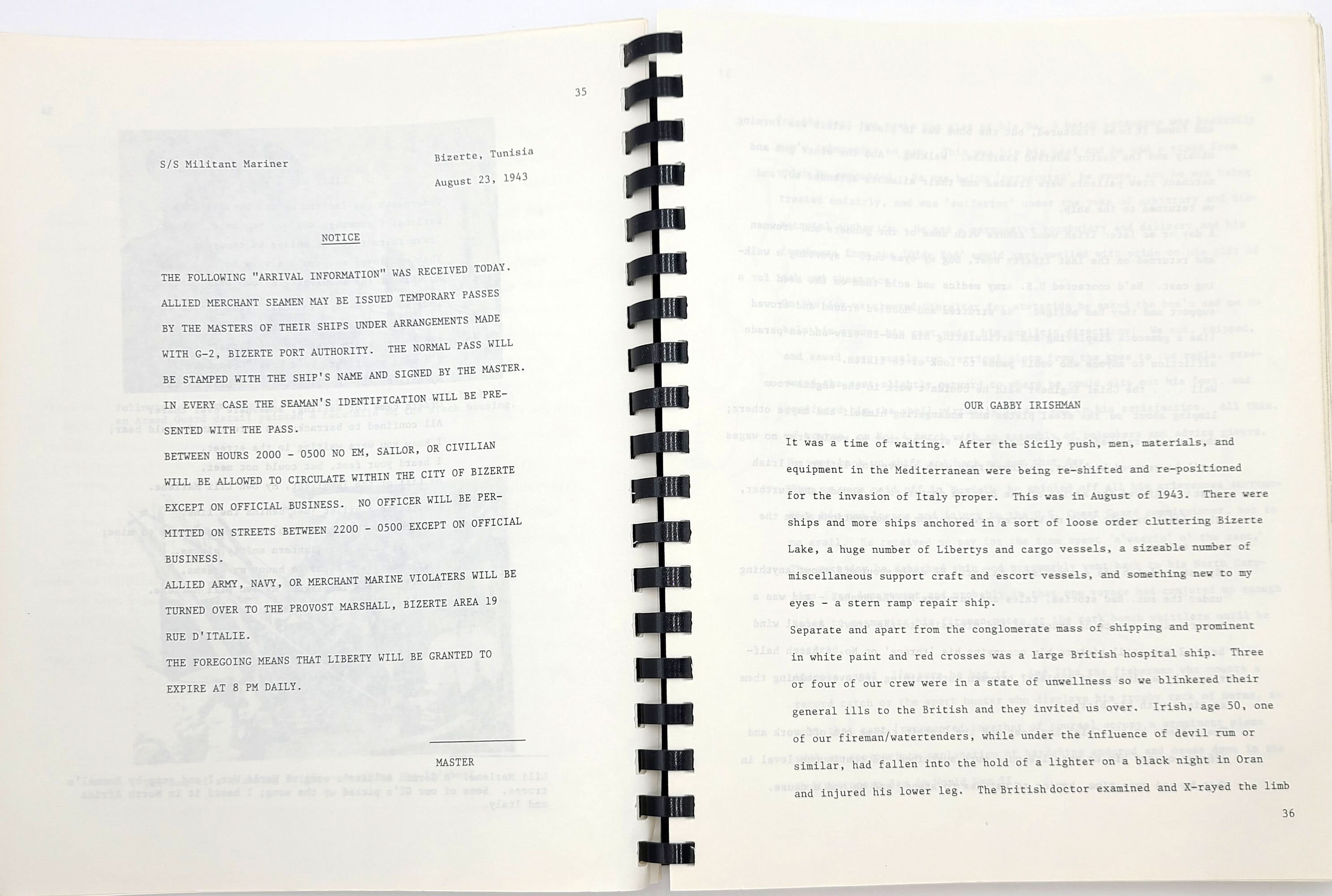 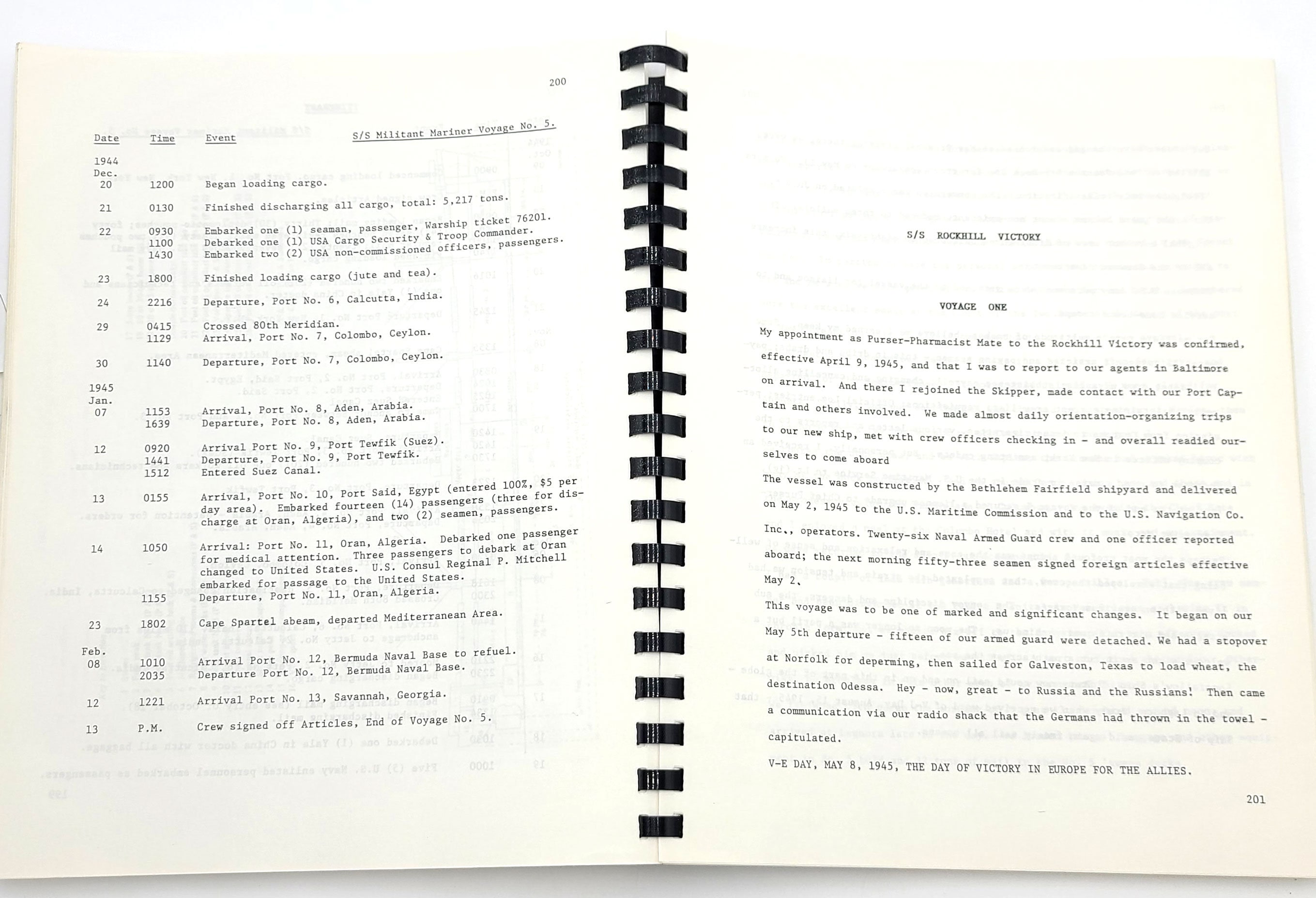 Description: Signed by the author on verso of title page. Comb-bound with laminated card covers. Ex-Non-circulating library (only library mark is the library's gift bookplate on the inside of the front cover). One comb-tooth is cracked. Has some general wear; top edge of title page trimmed. ix, 341 pages. 11 x 8.5 inches.

A portrayal of Merchant and Naval armed guard crews in World War II, and providing a historical perspective on the U.S. Merchant Marine, the present state of deterioration, and the imperative today for a viable merchant fleet of ships.

The author presents his extensive recollections of being part of the crews of the SS Edward Richardson (Liberty ship) and the SS Rockhill Victory (Victory ship) during the second world war.

The seven voyages described were in the Mediterranean (portages in Italy, Sicily, Algeria, Tunisia, and Egypt), the Indian Ocean (portages in Aden, India, and Ceylon), and at the conclusion of the war transporting troops from France.

Includes itineraries for each of the seven voyages, illustrations from photographs and scans of various documents, and a few ship diagrams.