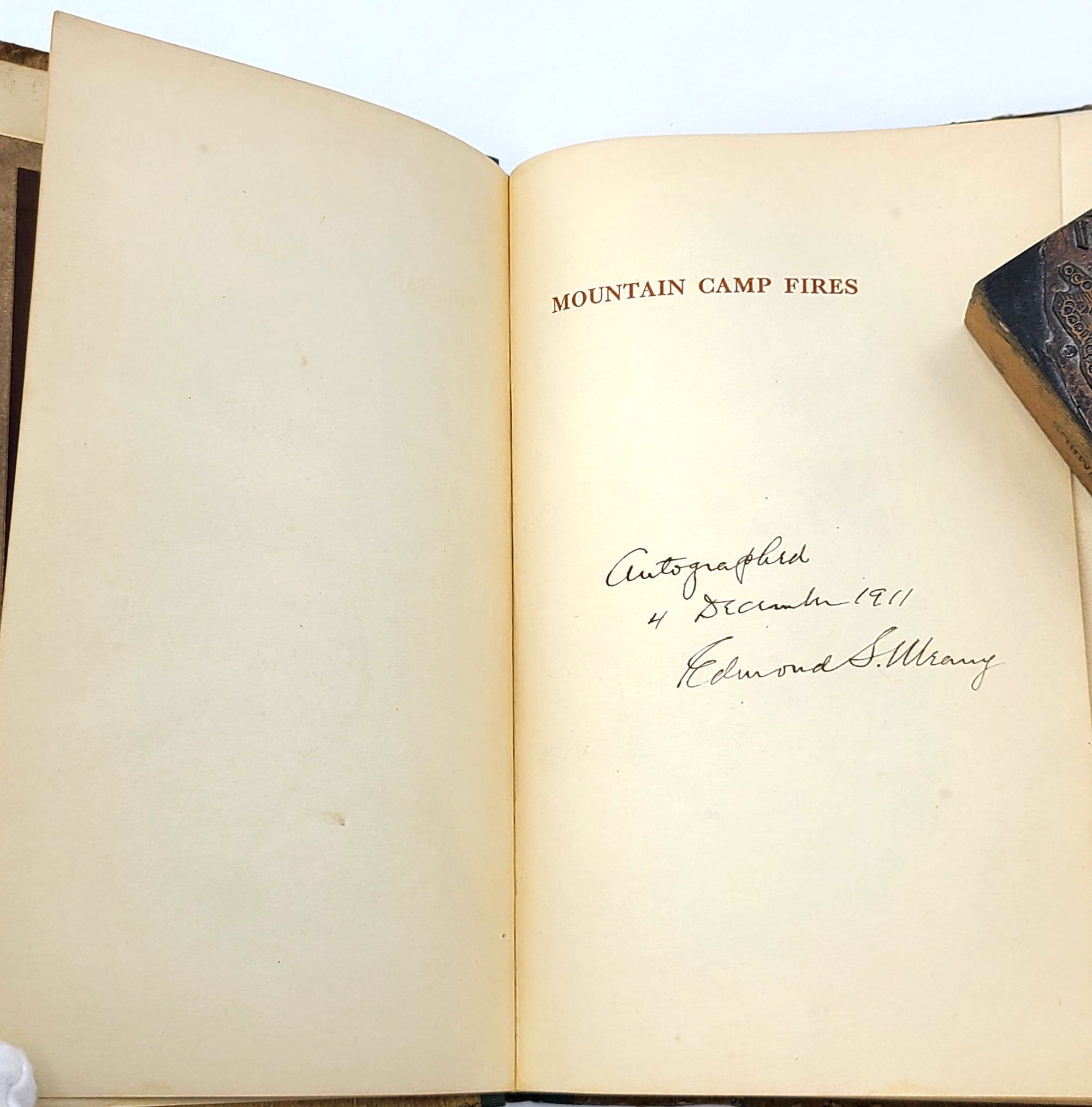 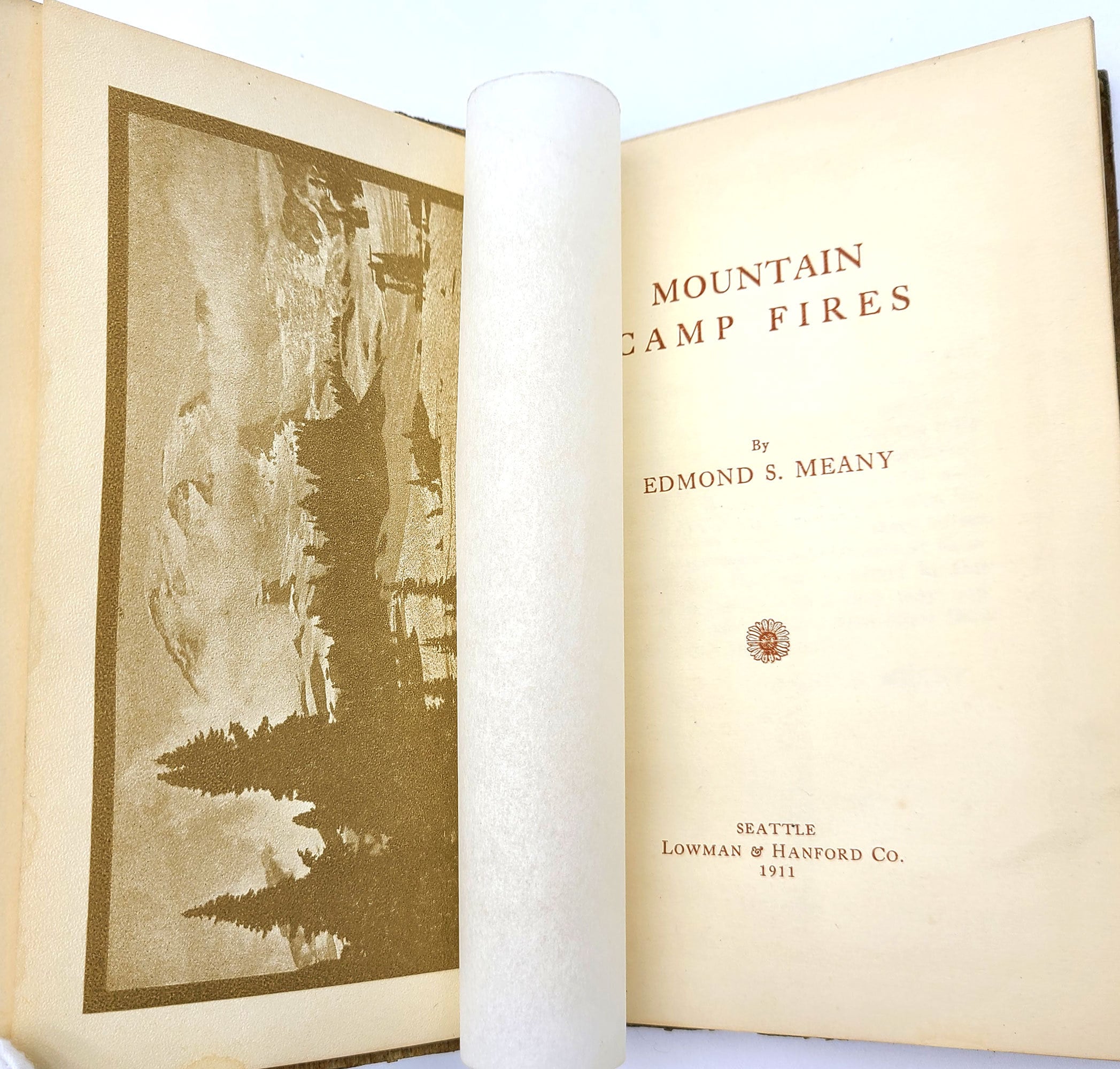 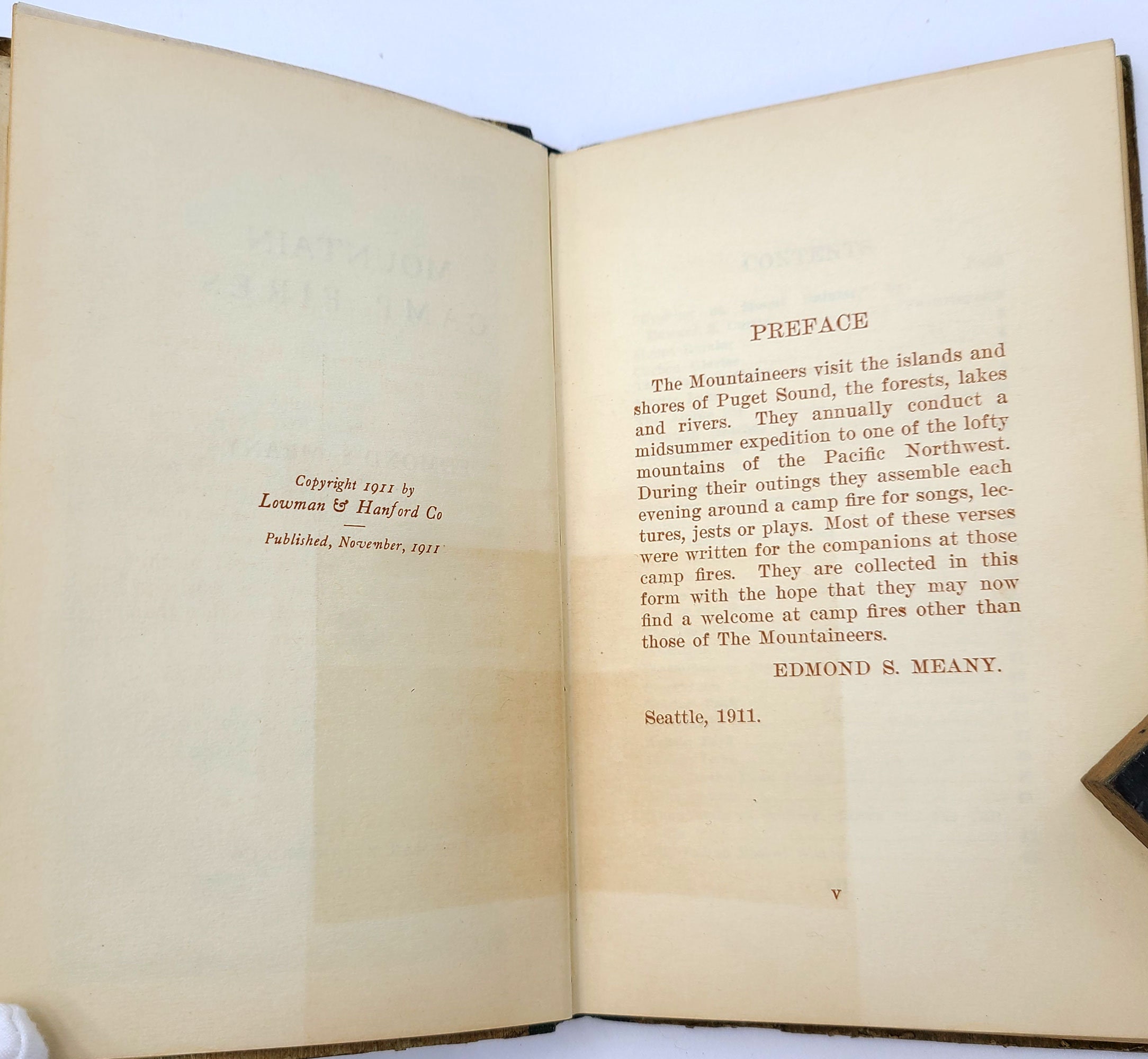 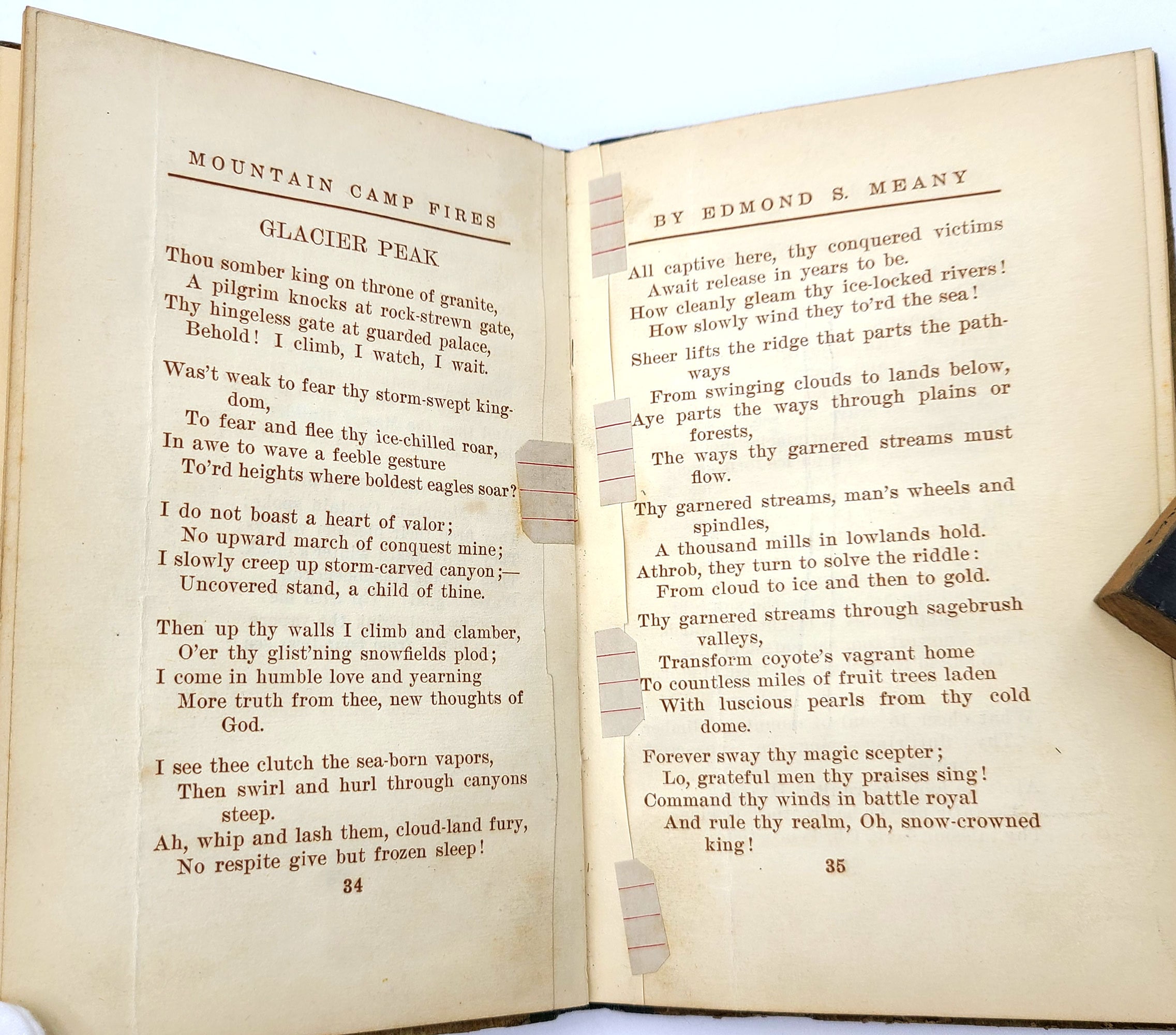 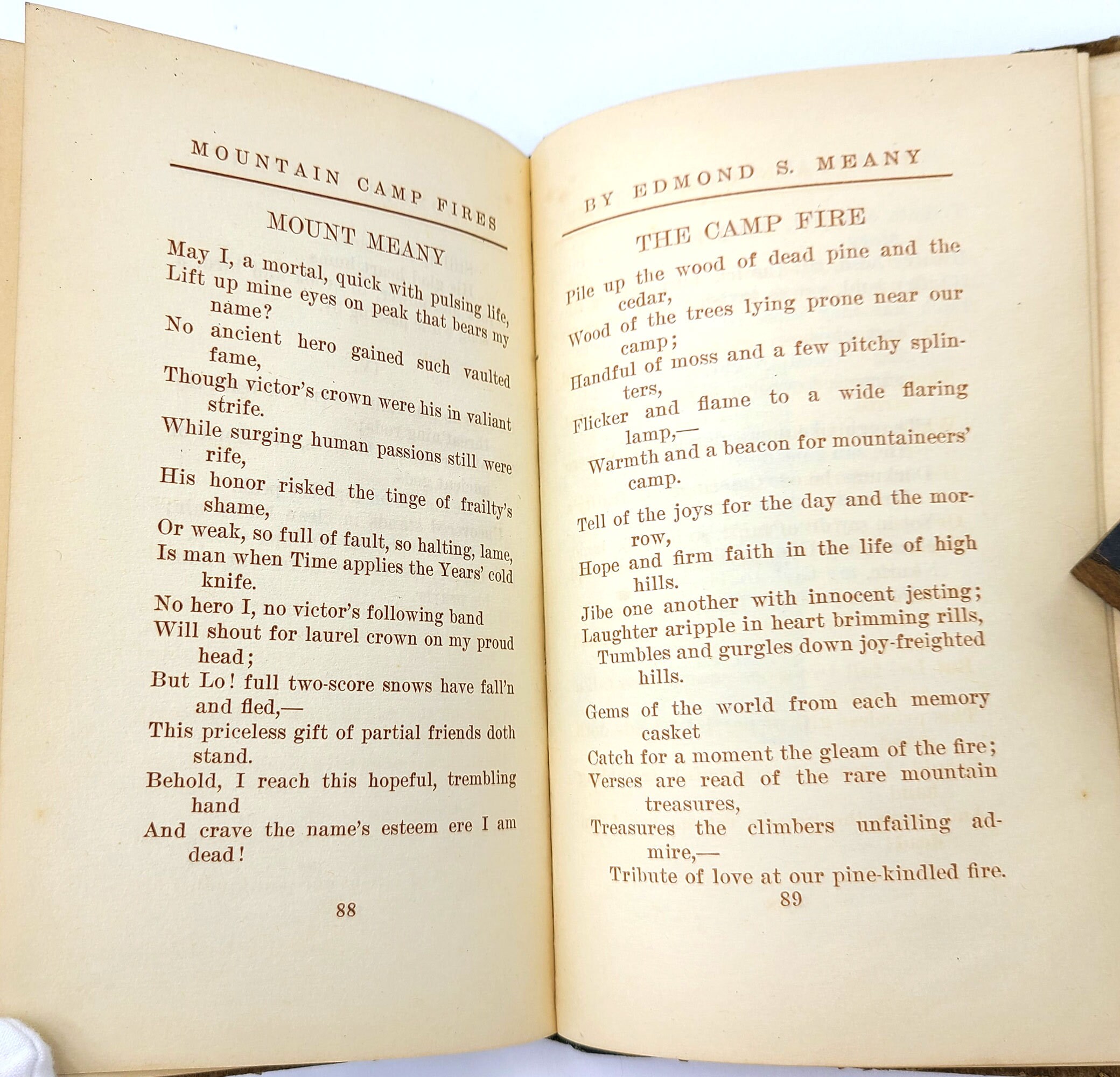 The collected poems of Professor Edmond Meany of the University of Washington. The preface states that most of these verses were written for the author's companions in The Mountaineers, an outdoor club formed in 1906 as the Seattle-split off of the Portland-based Mazamas. The poems were to be read around the campfires on their outings and includes the poem ''Mount Meany,'' the summit in the Olympic Peninsula that had been named for him.

Edmond Stephen Meany (1862-1935) was a historian and professor of botany at the University of Washington in Seattle. He was also an alumnus of the school, having graduated as the valedictorian in 1885. He became the head of the Department of History in 1897 and was the head of the committee that selected the university's current location site in downtown Seattle. His papers are archived at UW.