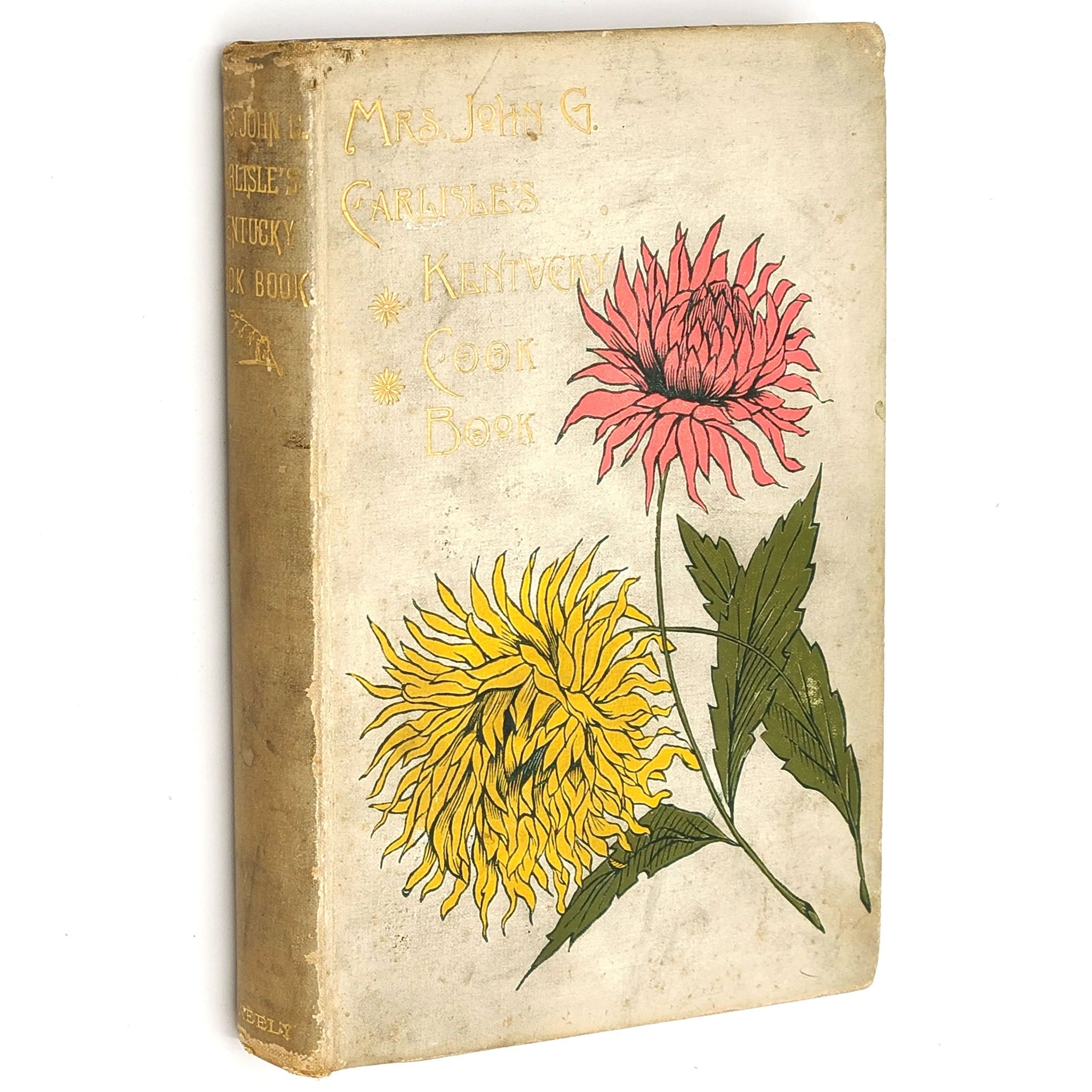 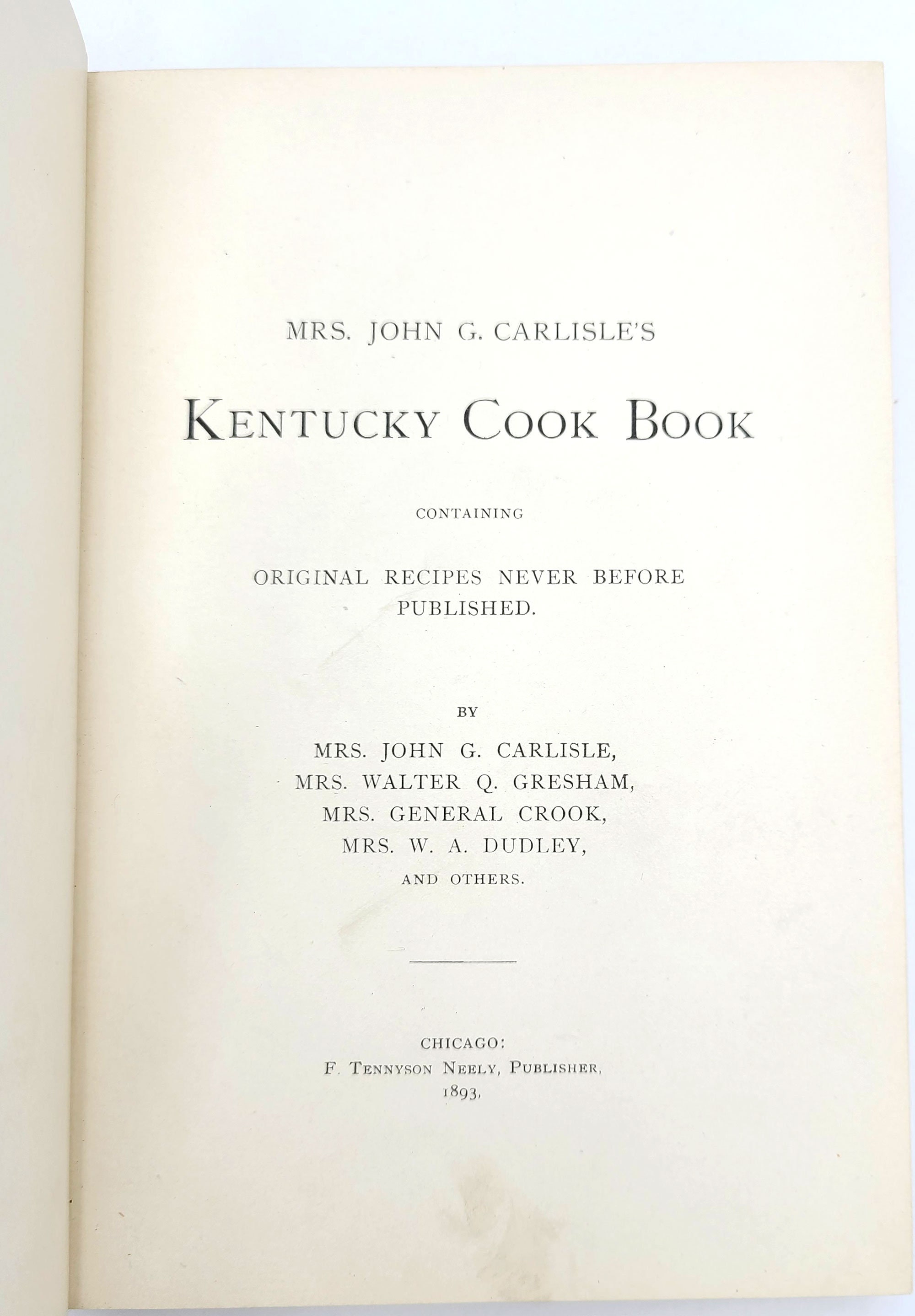 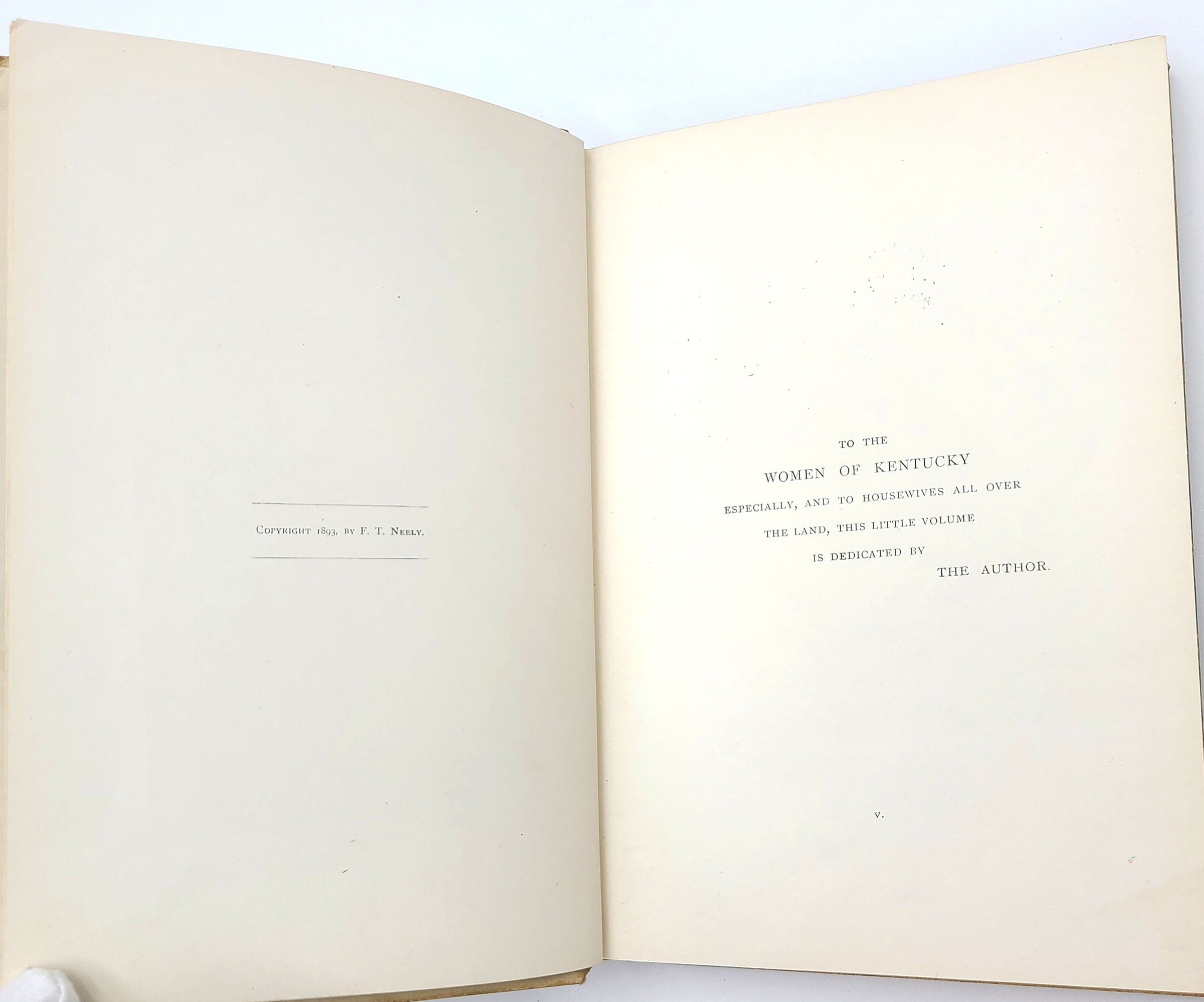 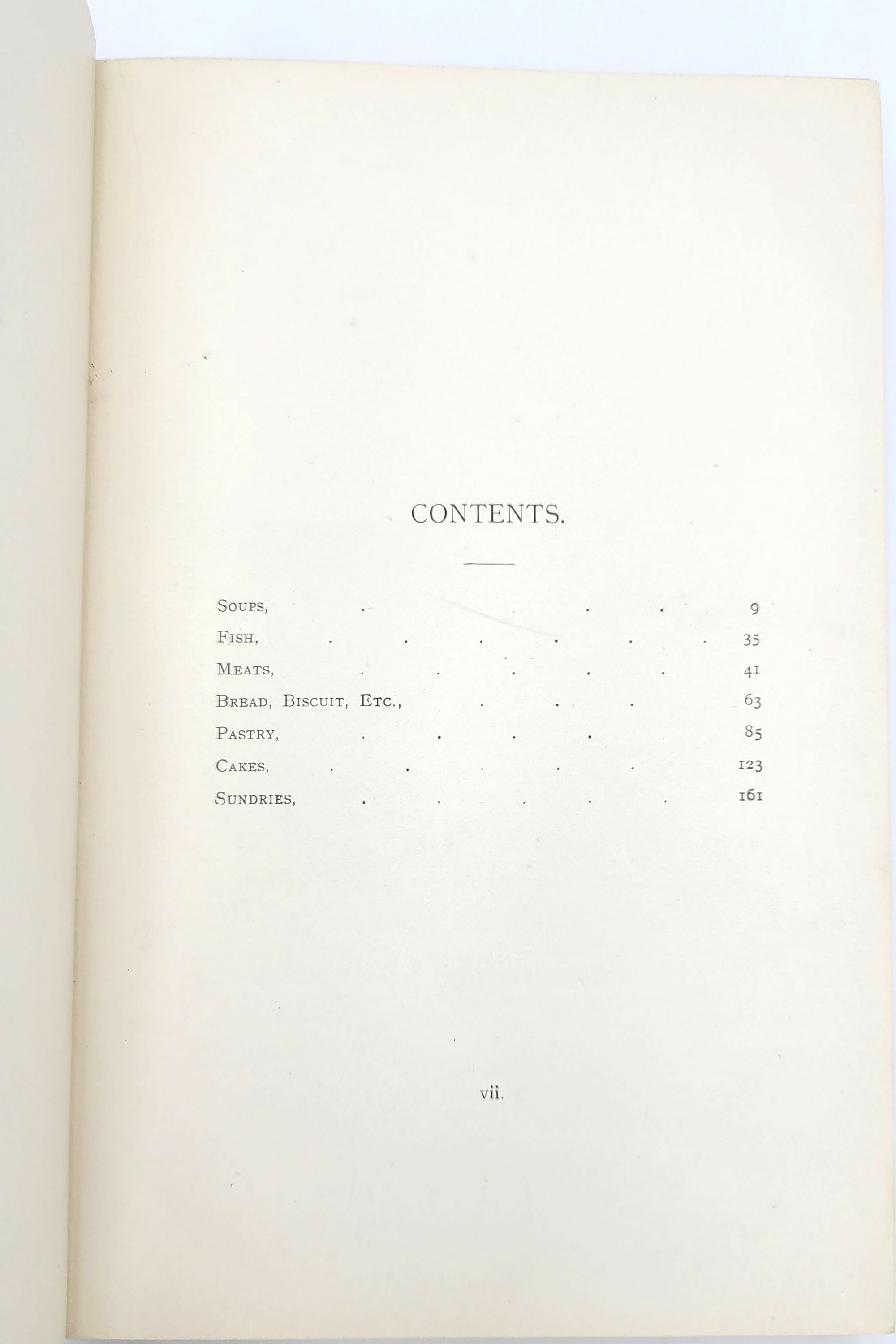 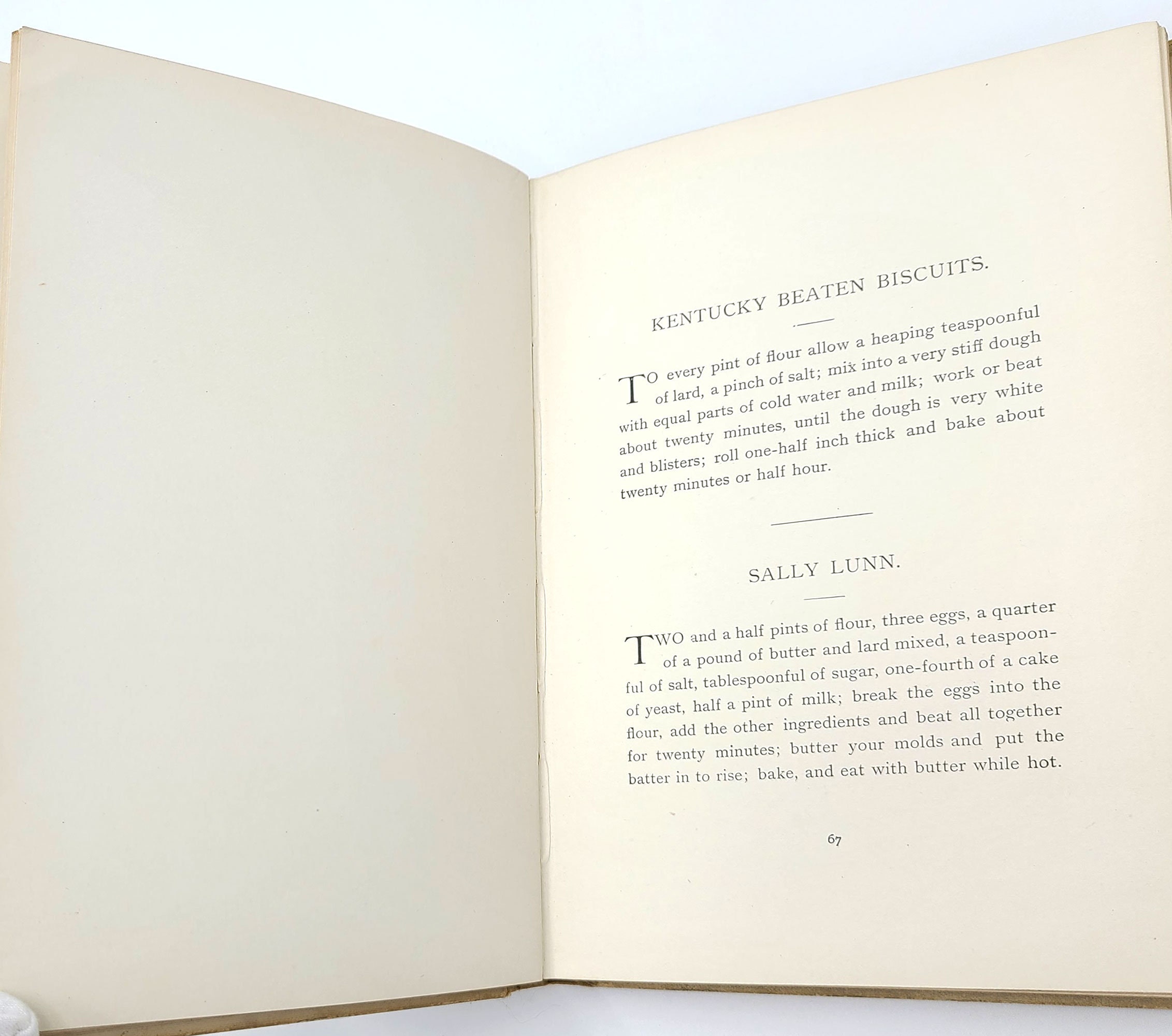 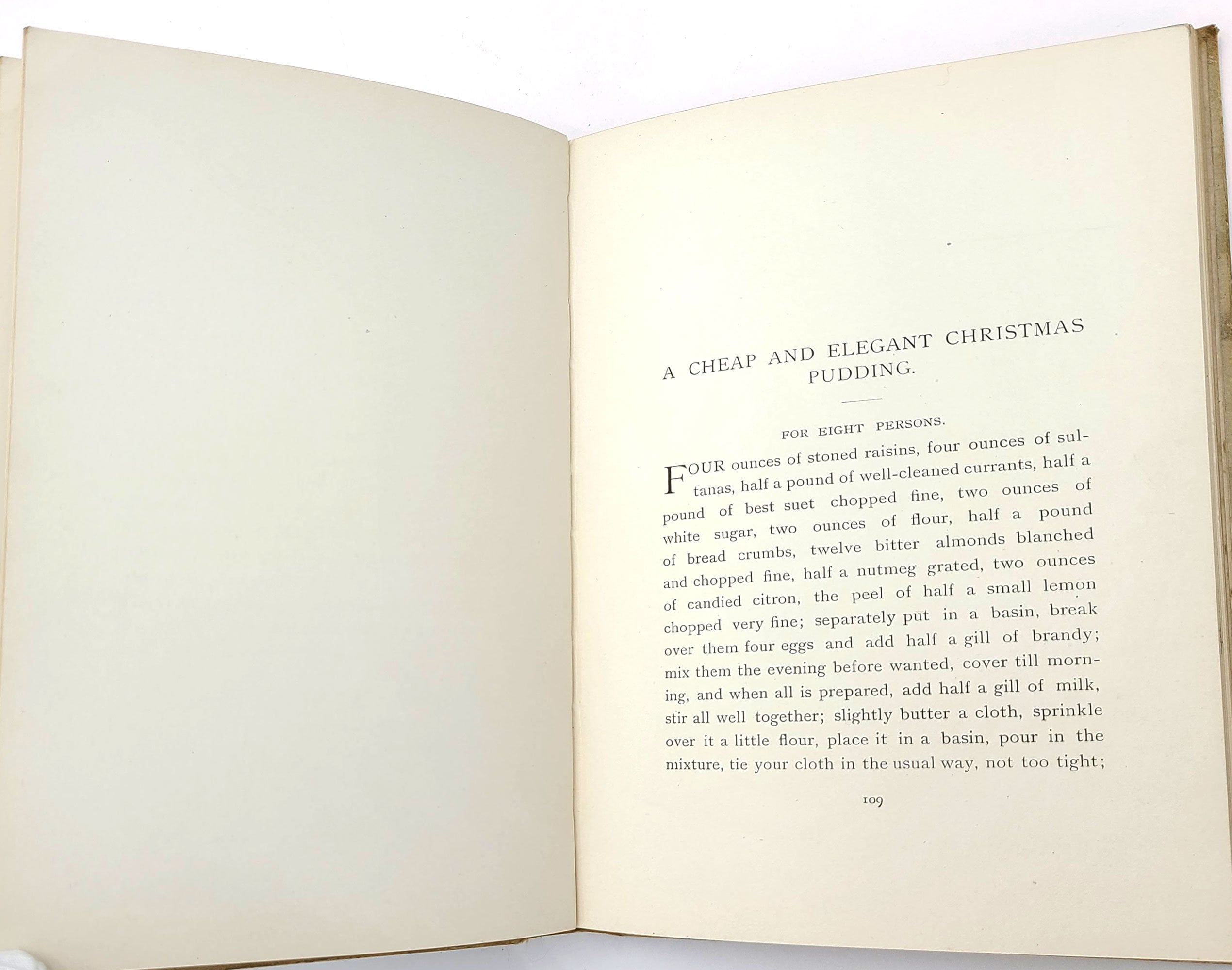 Cookbook by the wives of prominent Americans, a couple of whom were serving in the cabinet of President Grover Cleveland:

- Mary Jane (Goodson) Carlisle (1835-1905) was born in Kentucky and was the wife of the John G. Carlisle, who was at the time this was published the US Secretary of the Treasury. Prior to this he had served a term as US Senator for Kentucky and was the Speaker of the United States House of Representatives.
- Matilda (McGrain) Gresham (1839-1930) was born in Louisville and was the wife of Walter Q. Gresham, who was at the time this was published was the US Secretary of State. He had previously served in the position of Secretary of the Treasury under President Chester Arthur.
- Mary Tapscott (Dailey) Crook (1842-1895) was the wife of General George Crook, noted for his service in the Civil War and the Indian Wars.
- Mary Jane (Hawkins) Dudley (1824-1901) was the widow of William Ambrose Dudley, who had been the president of the Louisville, Cincinnati and Lexington Railroad.