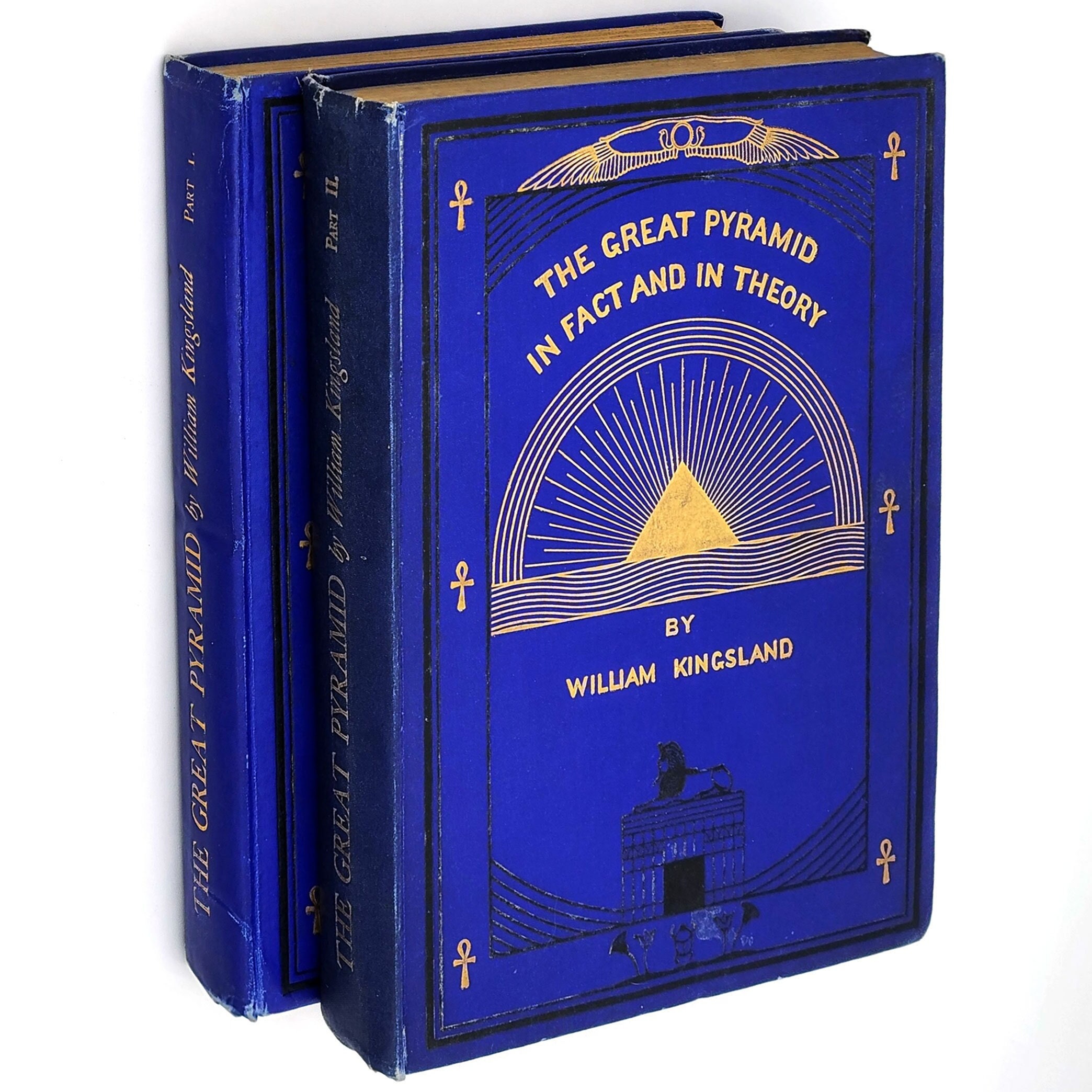 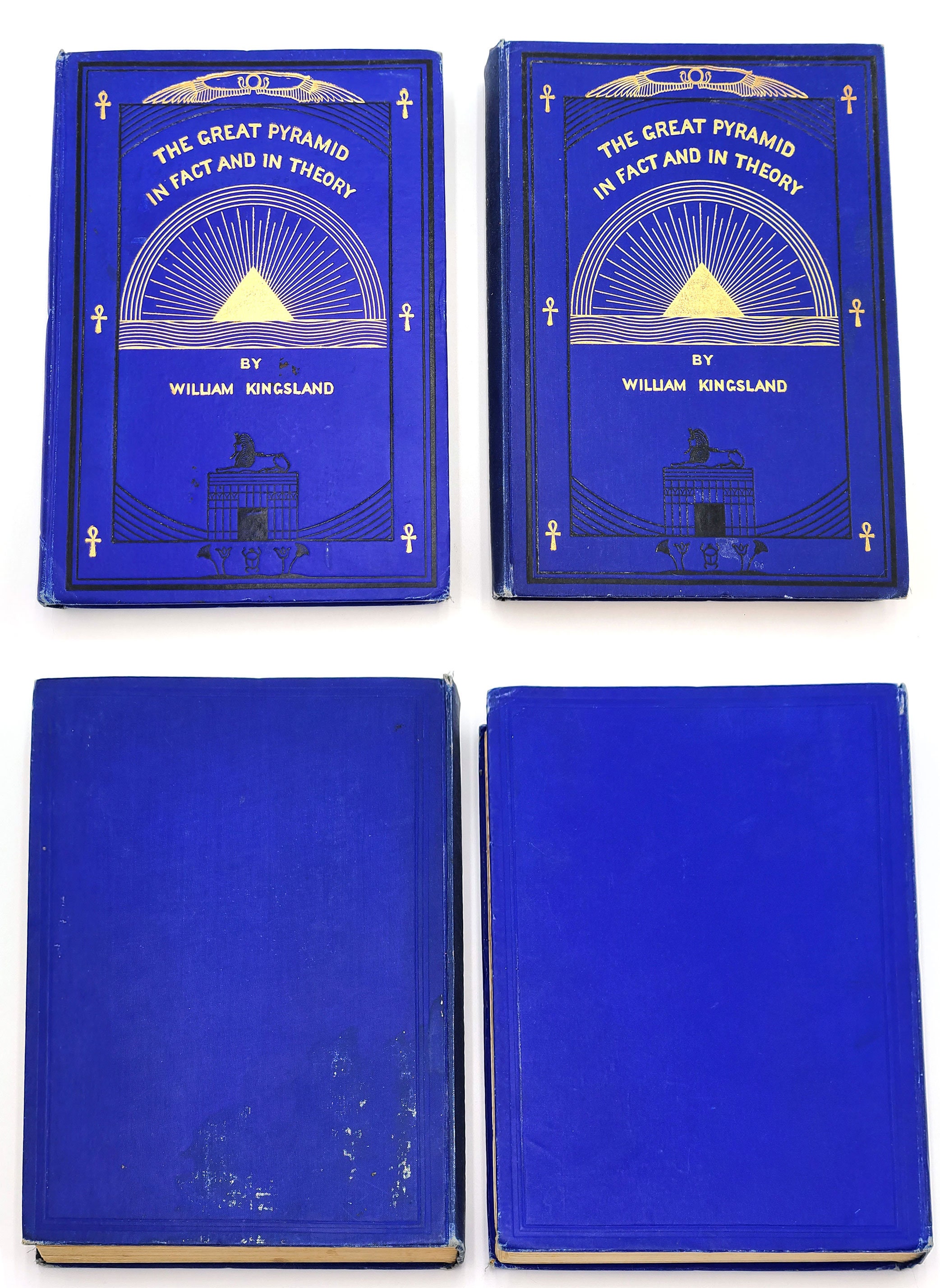 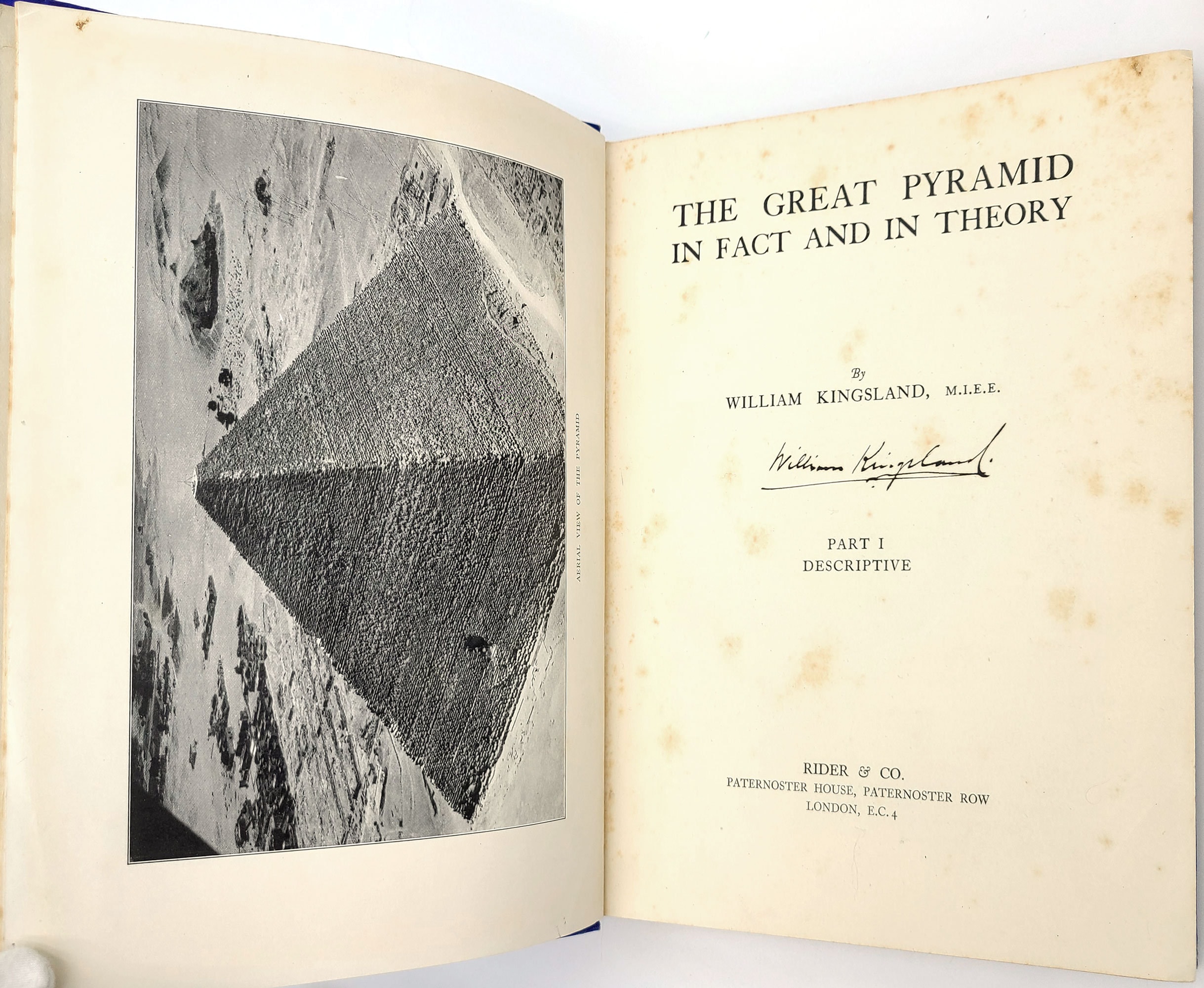 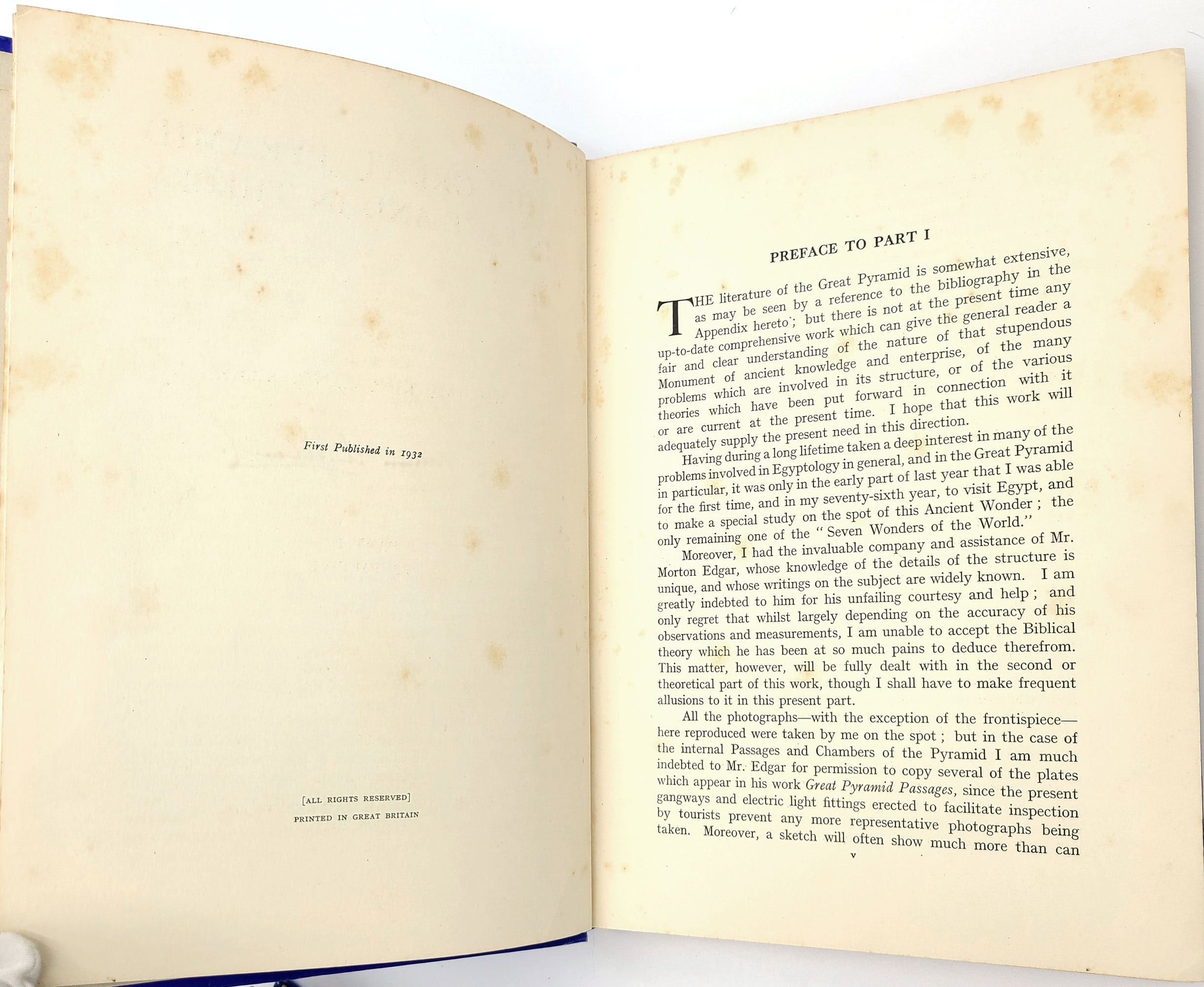 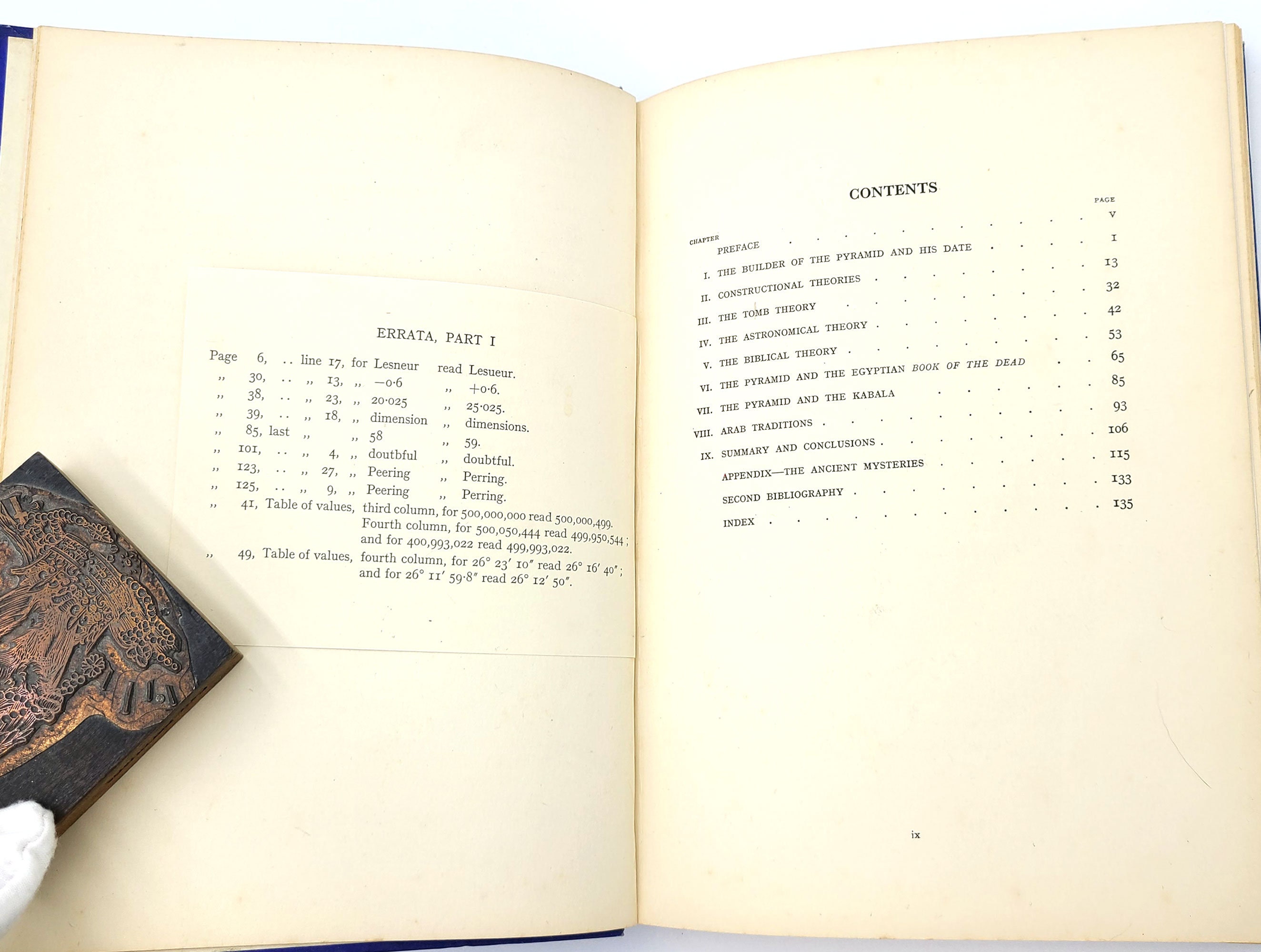 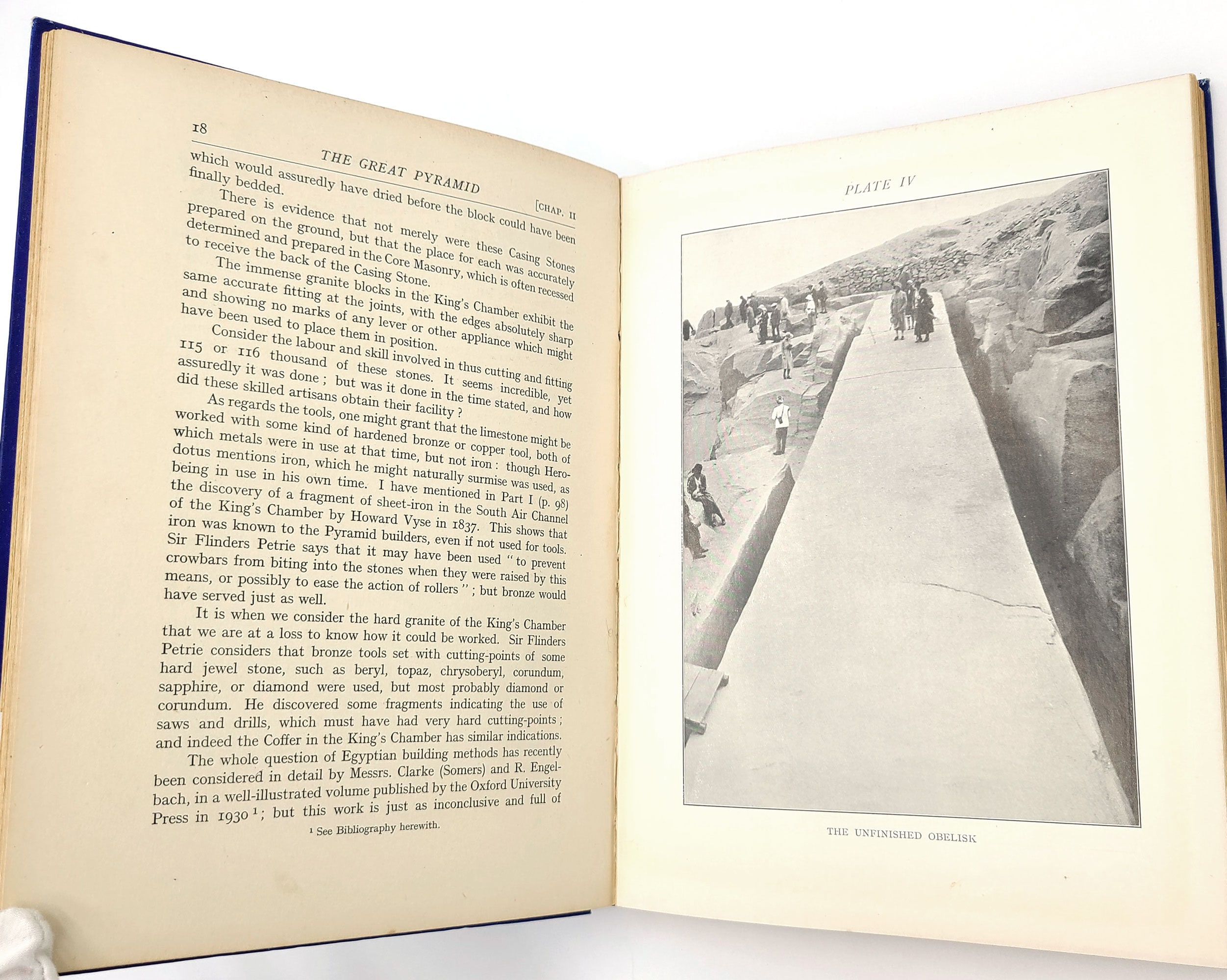 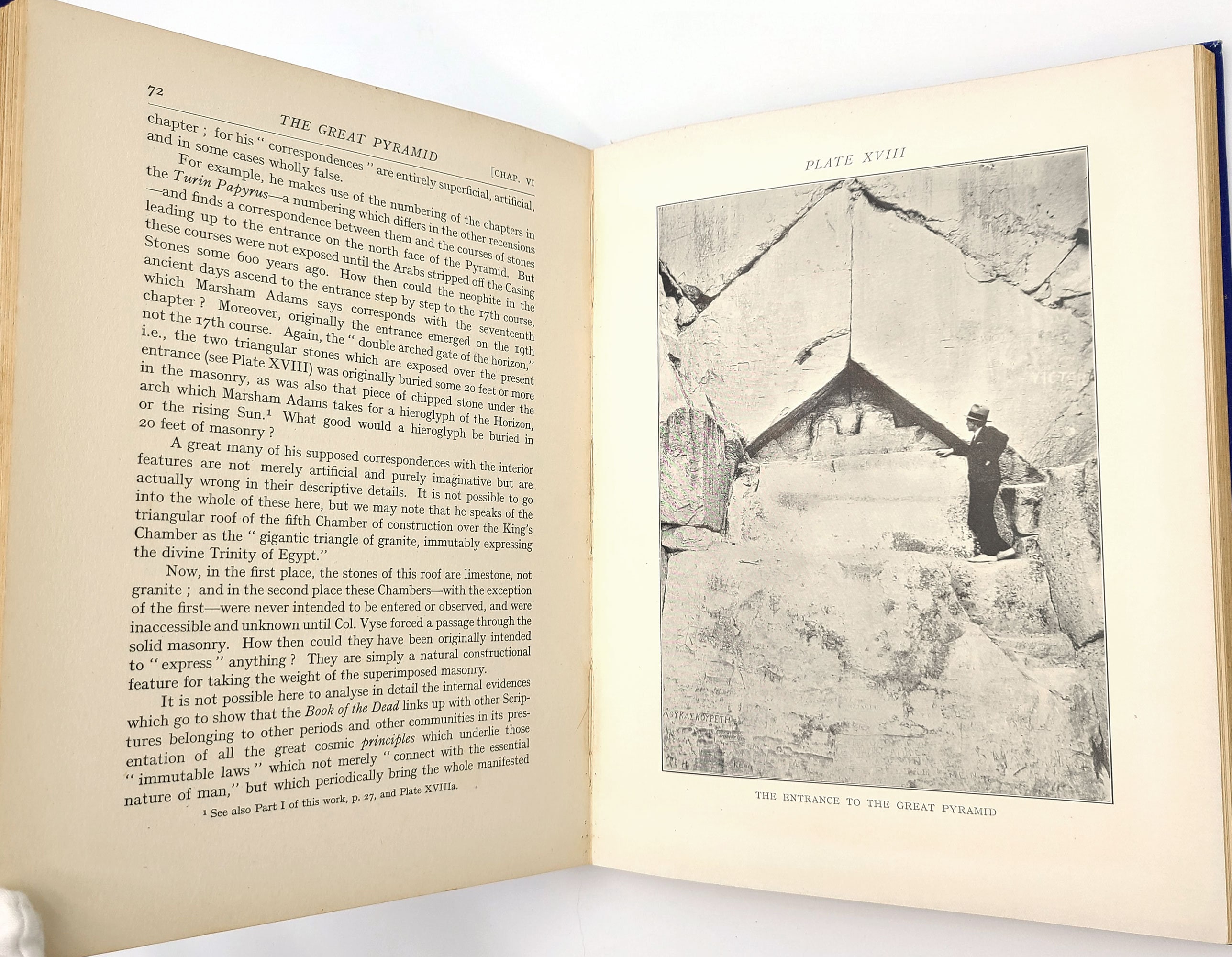 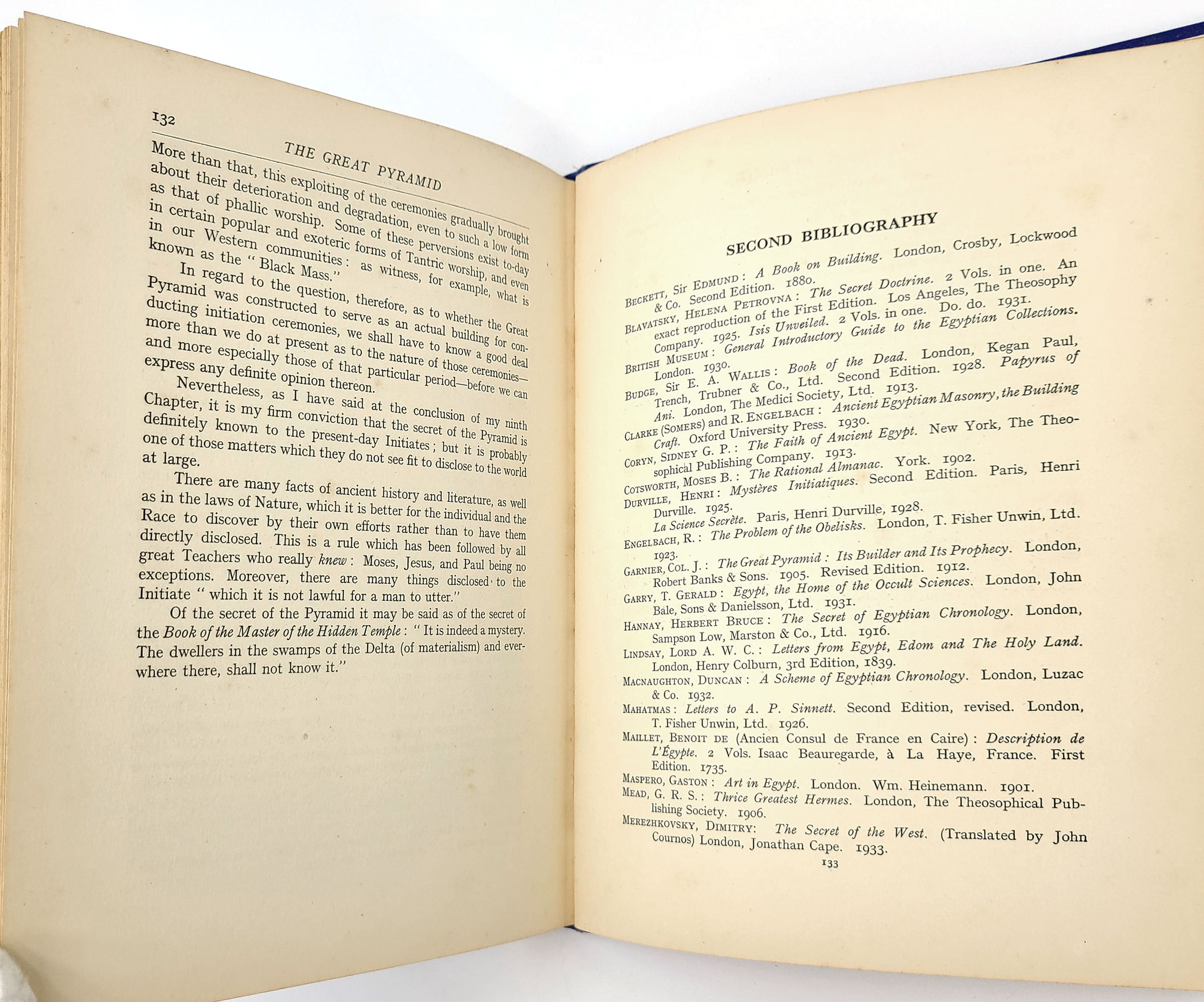 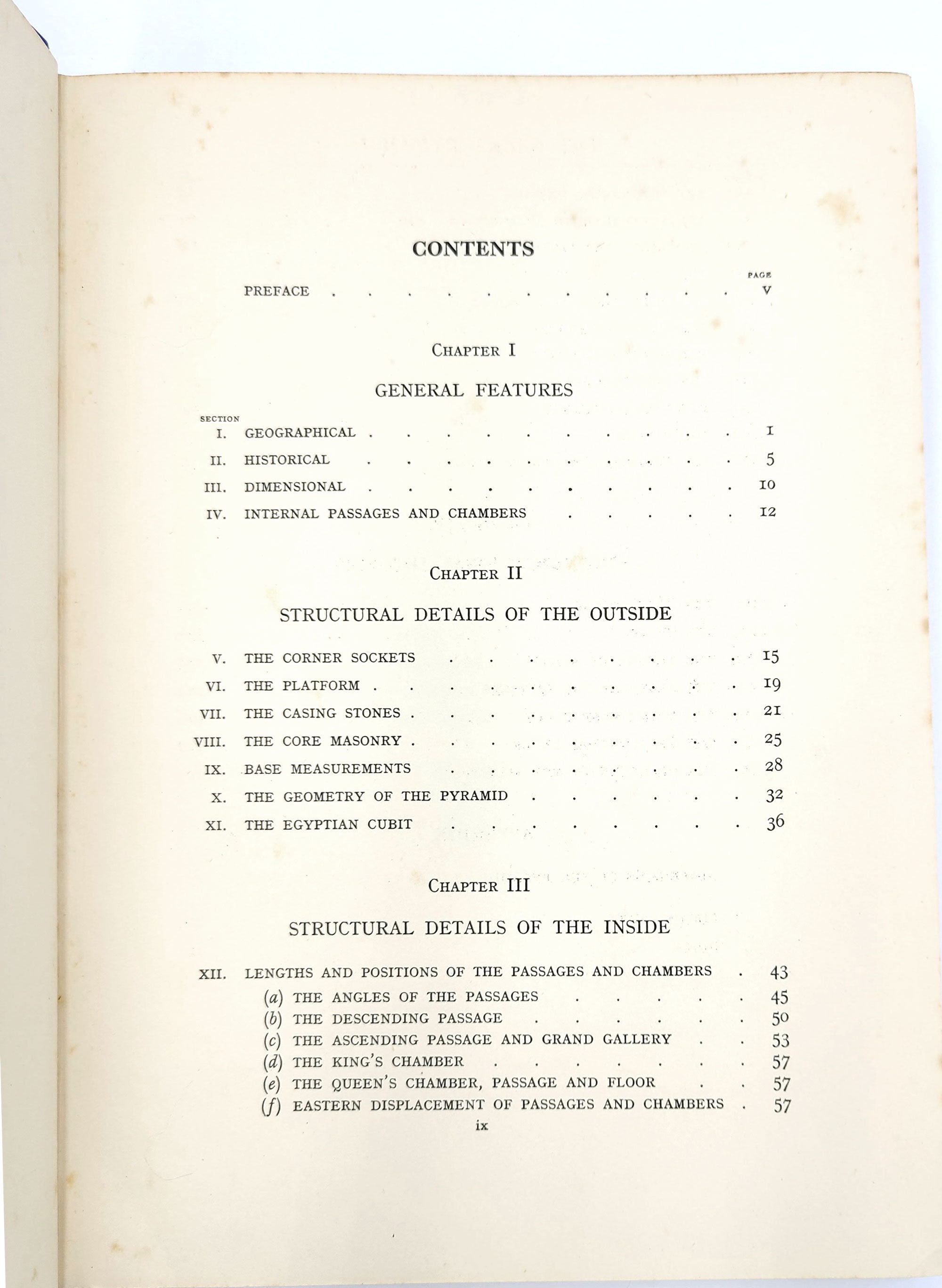 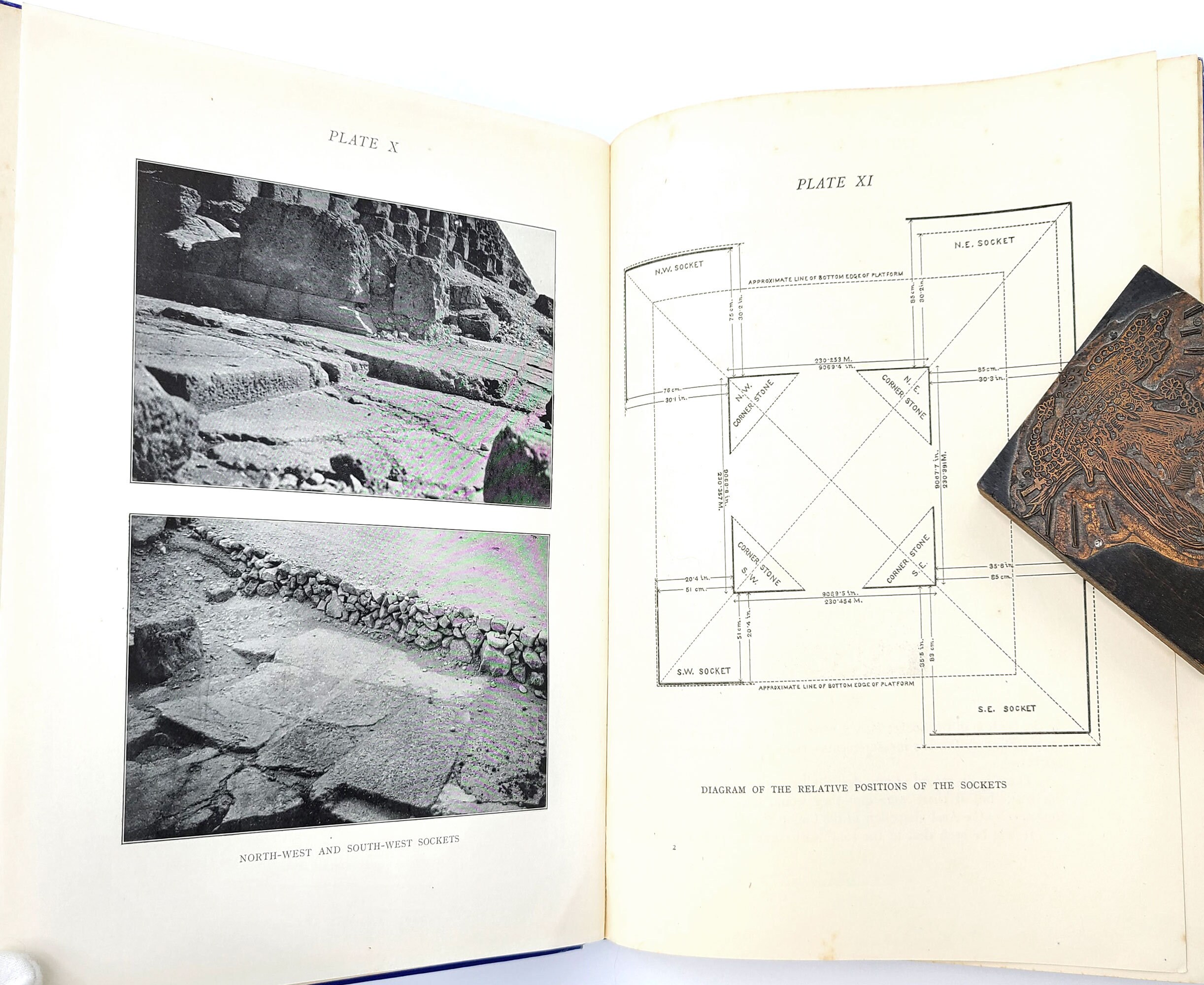 Title: The Great Pyramid in Fact and Theory (Part I and II)

Description: Two volumes. First editions (1932 and 1935). Volume I is signed and inscribed by author on the title-page and ffep, respectively. Publisher's original blue cloth boards pictorially stamped in gilt and black. Cloth edges rubbed. Spine on Volume II is a little darker and has a couple short closed tears at its head. Some surface soiling to the second volume; first volume has a few small soiled spots on front cover. Some foxing, mostly to the front-matter and first few pages of the first volume. Early owners' names on endpapers. Volume II has ''With The Publishers Compliment'' stamped on the title page. Part I: xii, 125; Part II: xi, 140 pages. 24.5 x 18 cm. Each volume includes its own bibliography and index.

Part I - Descriptive (includes 38 plate illustrations plus frontispiece, most from photographs, and 27 in-text figures). A descriptive study of the structural details of both the outside and inside, general features, and several dimensional theories. Errata slip for Part I is tipped in at the table-of-contents of Part II.

Part II - Theory (20 plate illustrations plus frontispiece, most from photographs, and 10 in-text figures). This volume addresses the builder of the pyramid and his date, constructional theories, the tomb theory, astronomical theory, biblical theory, the pyramid's relation to the Egyptian Book of the Dead and the kaballah, and Arab traditions.

William Kingsland (1855-1936) was an English engineer, scientist, author and Theosophist. He was President of the Blavatsky Lodge in London from 1889-1890, succeeded by Annie Besant.