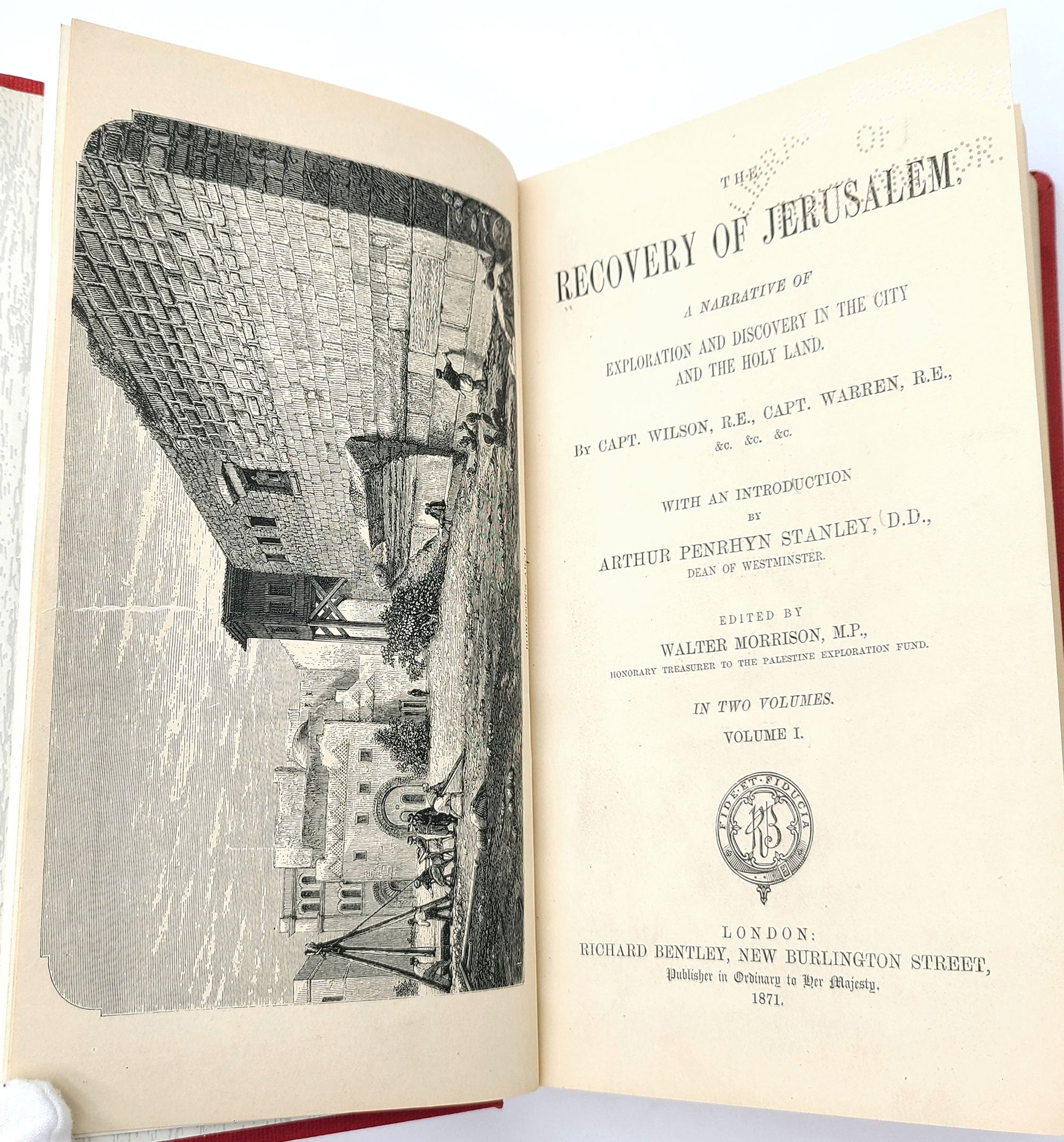 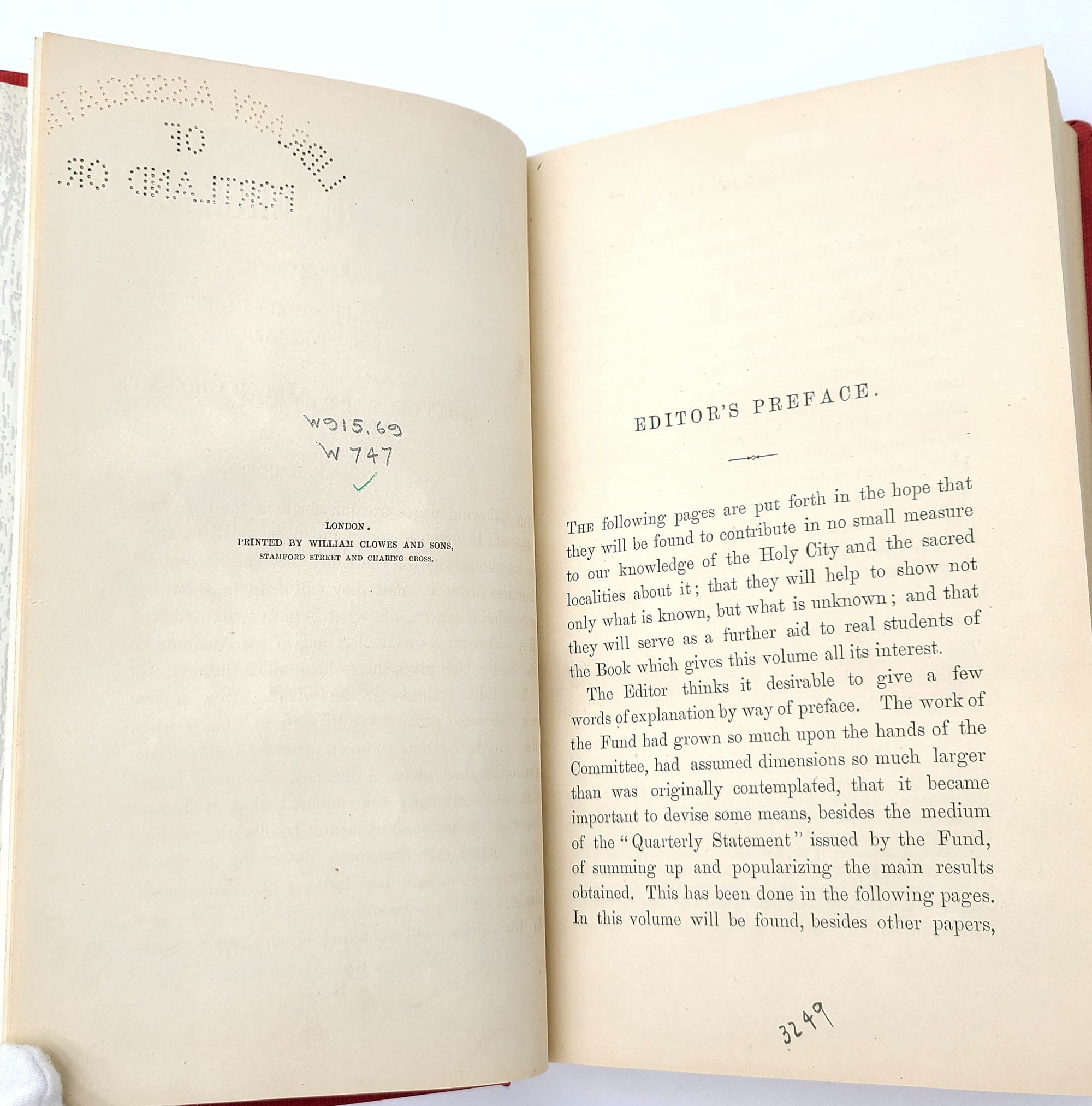 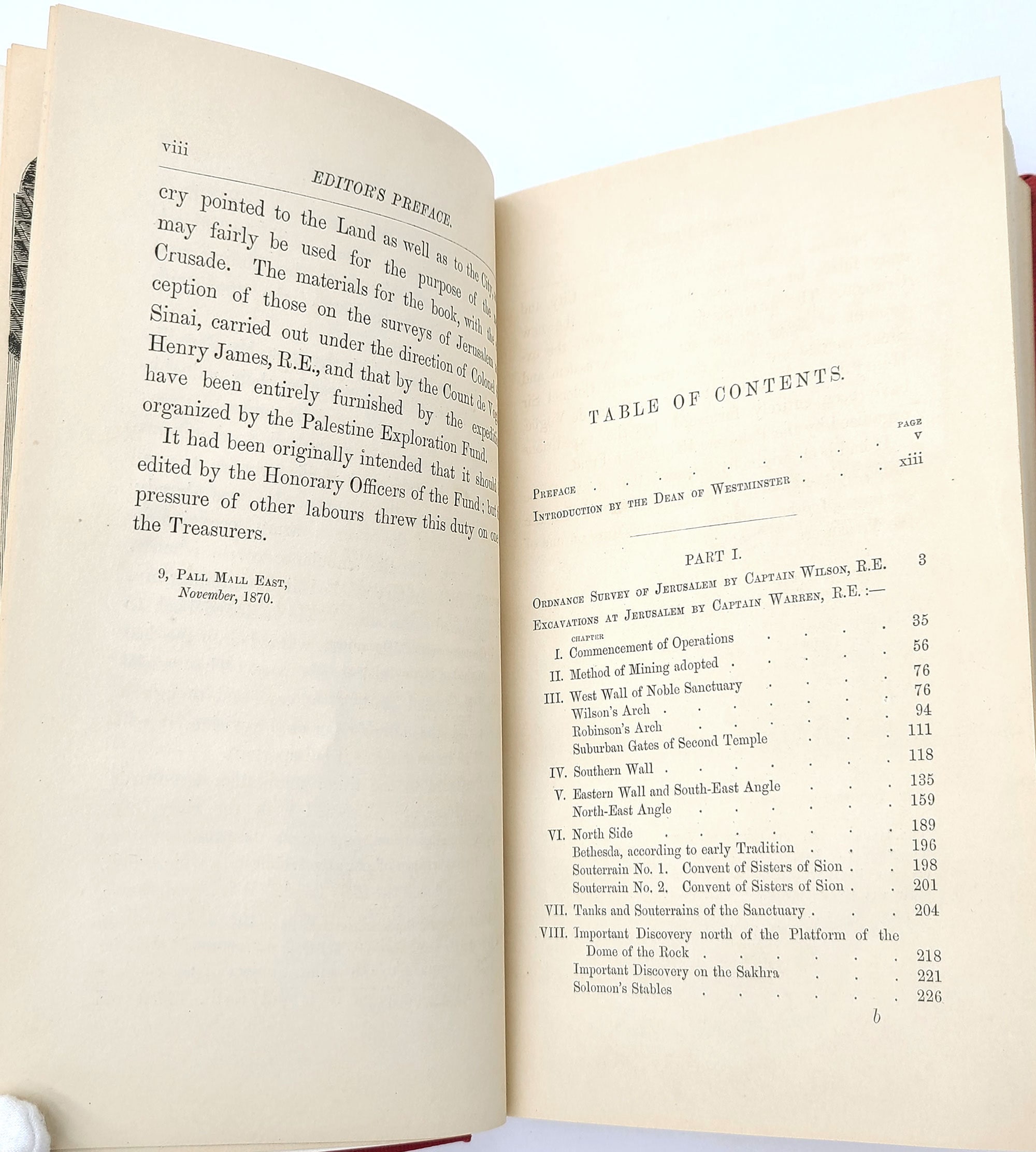 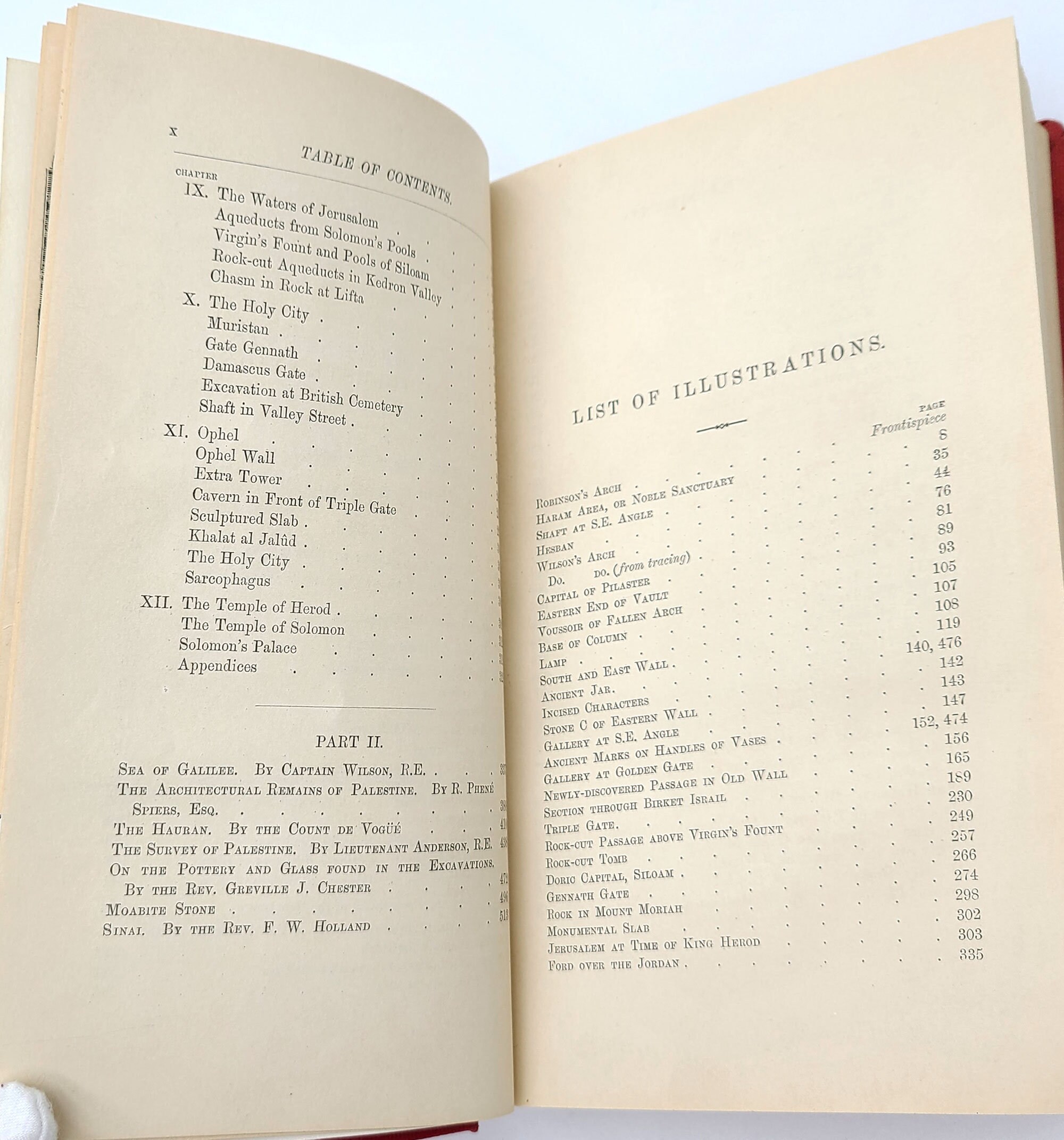 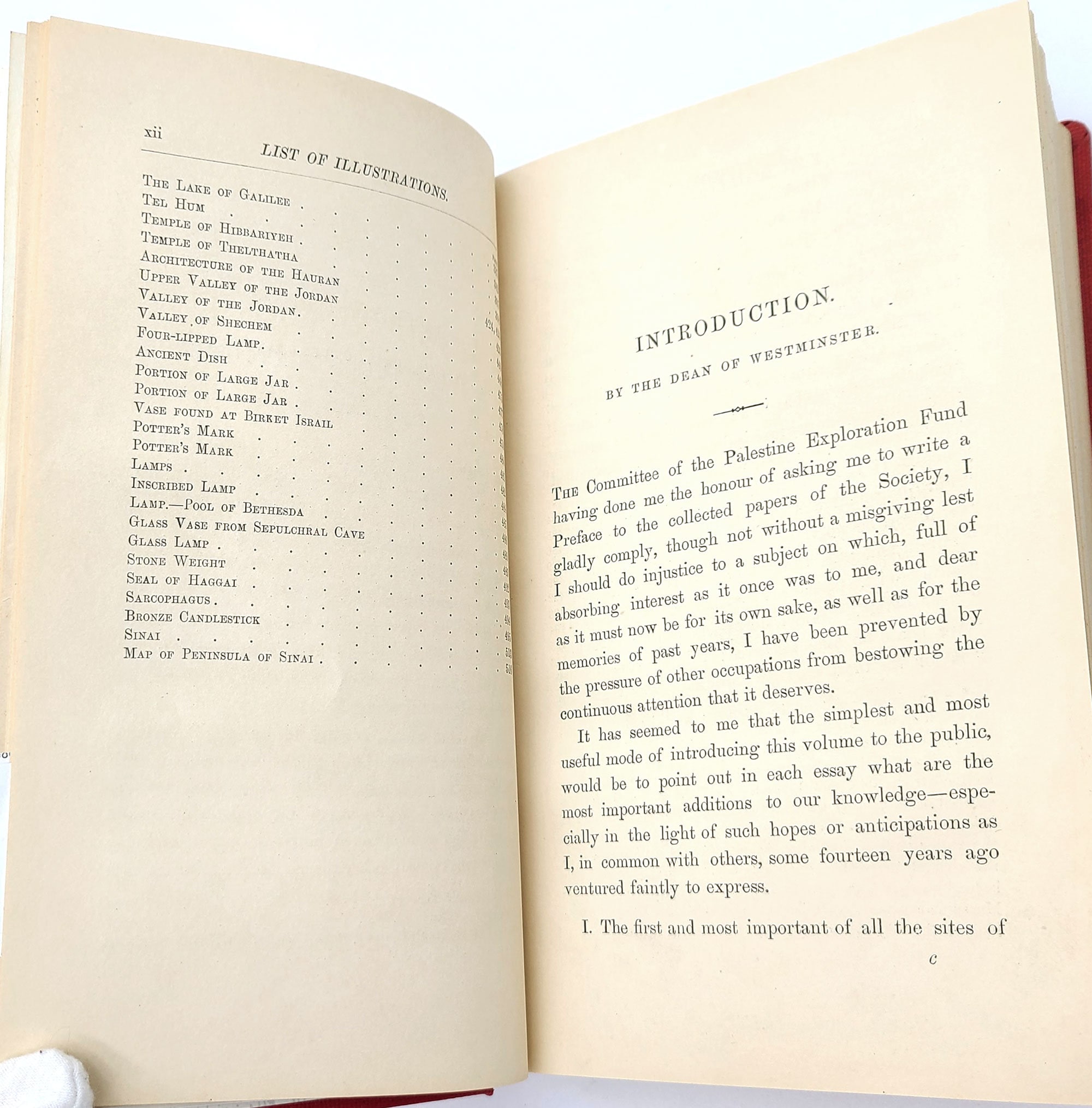 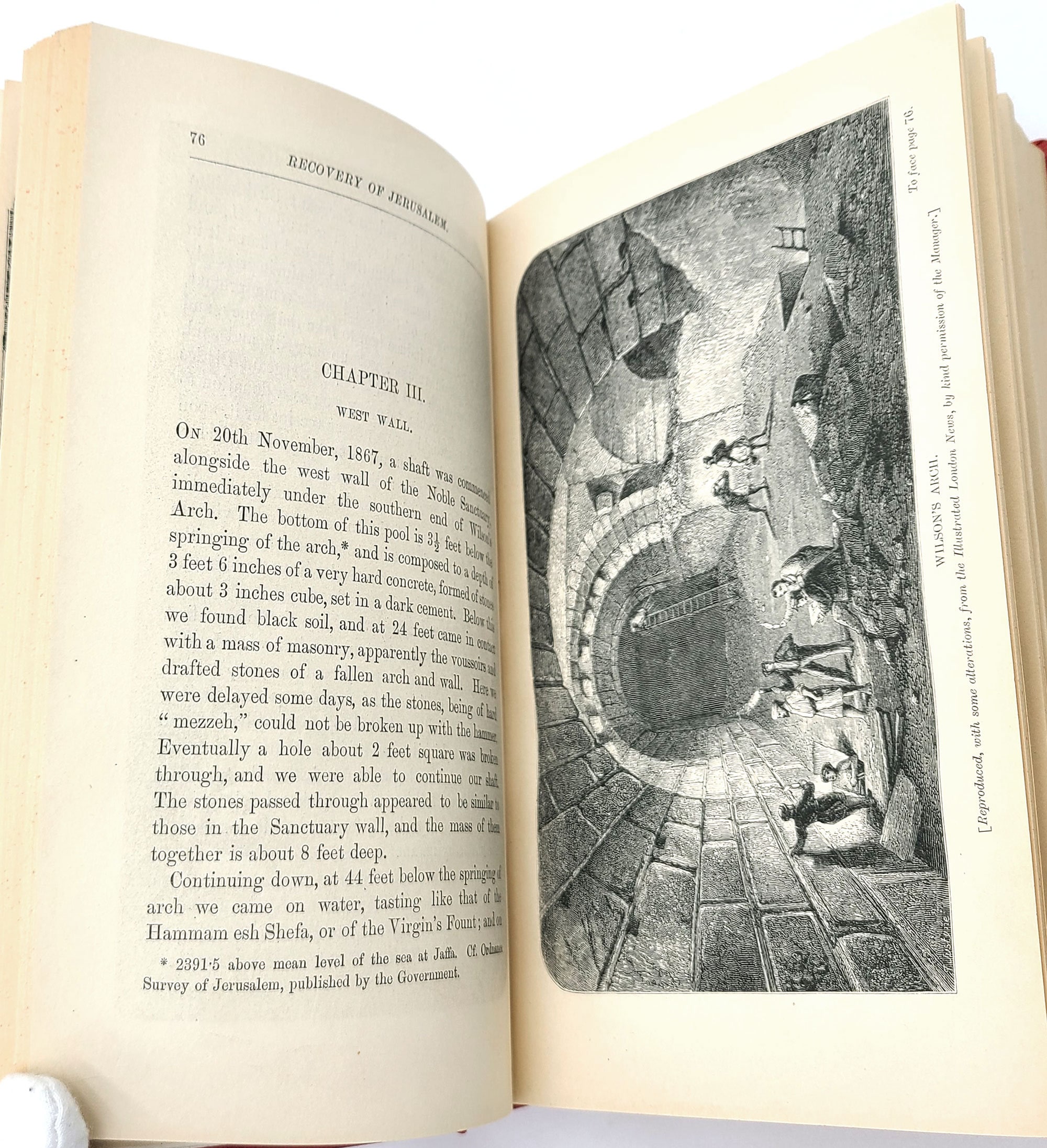 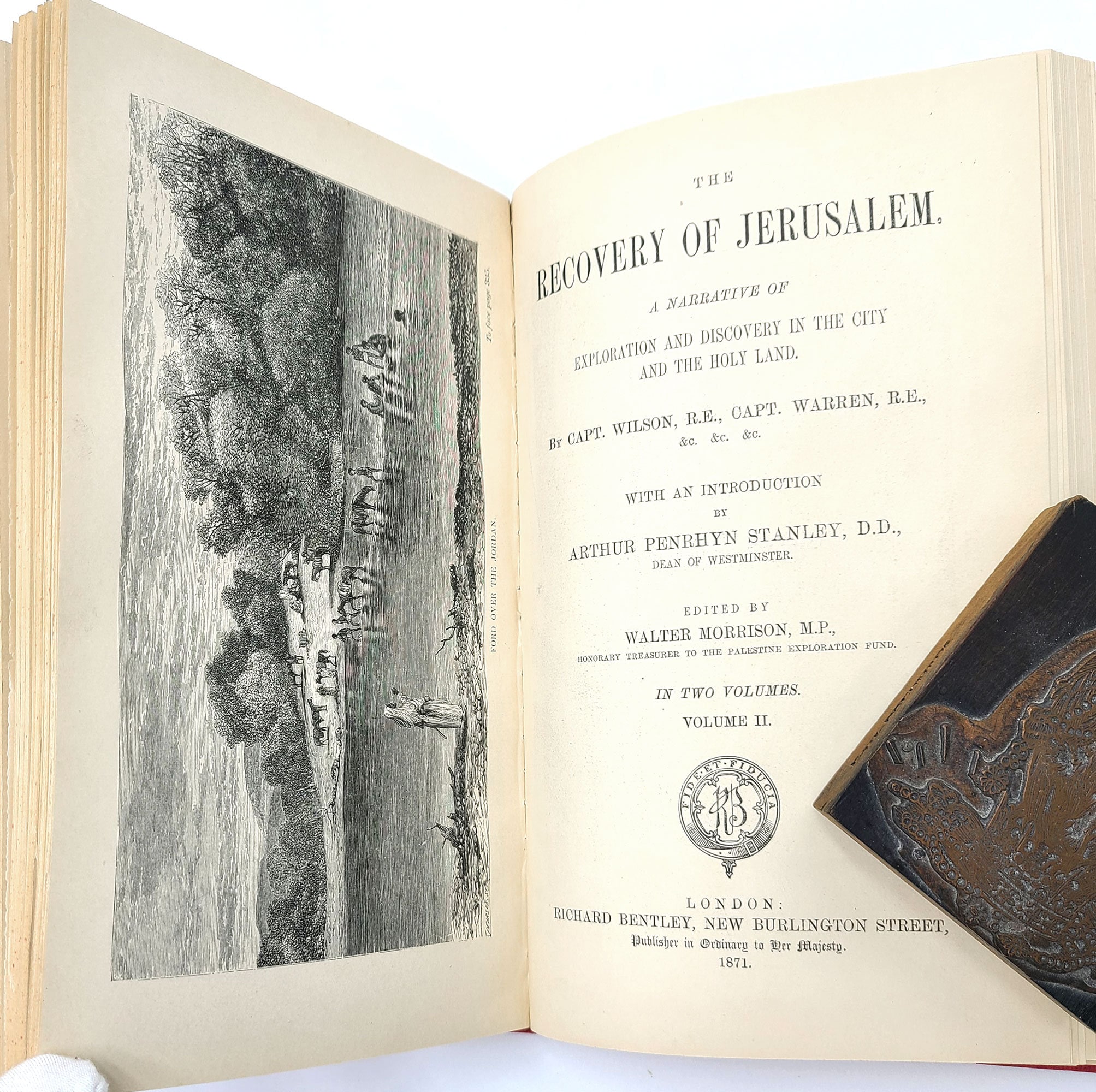 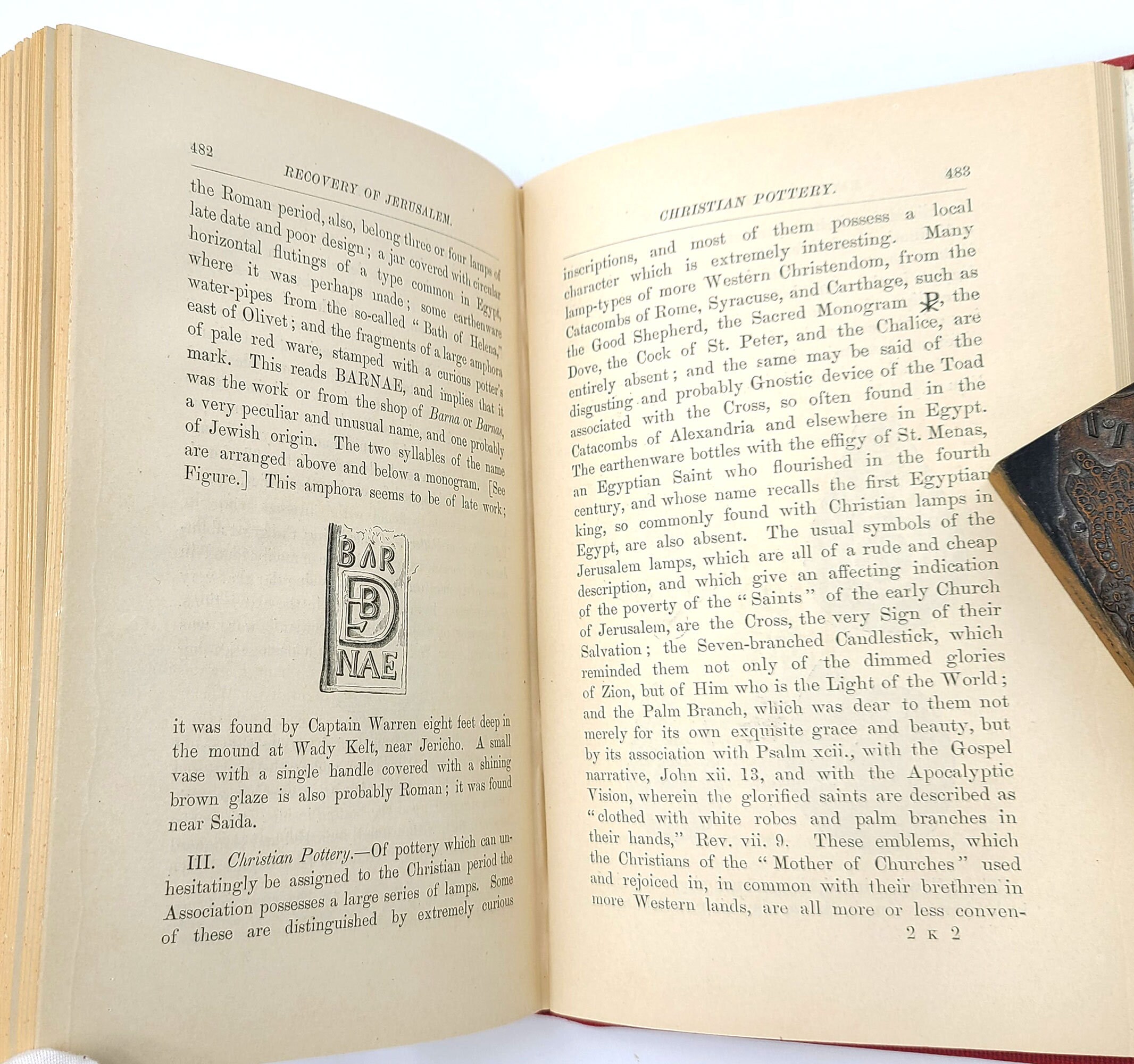 Title: The Recovery of Jerusalem (A Narrative of Exploration and Discovery in the City and the Holy Land)

Narrative of the survey and exploration of Jerusalem and the Temple Mount, conducted in the mid-1860s, by Sir Charles William Wilson (1836-1905) and Sir Charles Warren (1840-1927), two of the earliest European archaeologists of the Biblical Holy Land and officers in the British Army's Corps of Royal Engineers.

Sea of Galilee.
The Architectural Remains of Palestine [by the architect R Phene Spiers].
The Hauran [by Count Melchior de Vogue].
The Survey of Palestine [by R. E. Anderson].
On the Pottery and Glass Found in the Excavations [by Rev. Greville J. Chester] .
Moabite Stone.
Sinai [F. W. Holland].