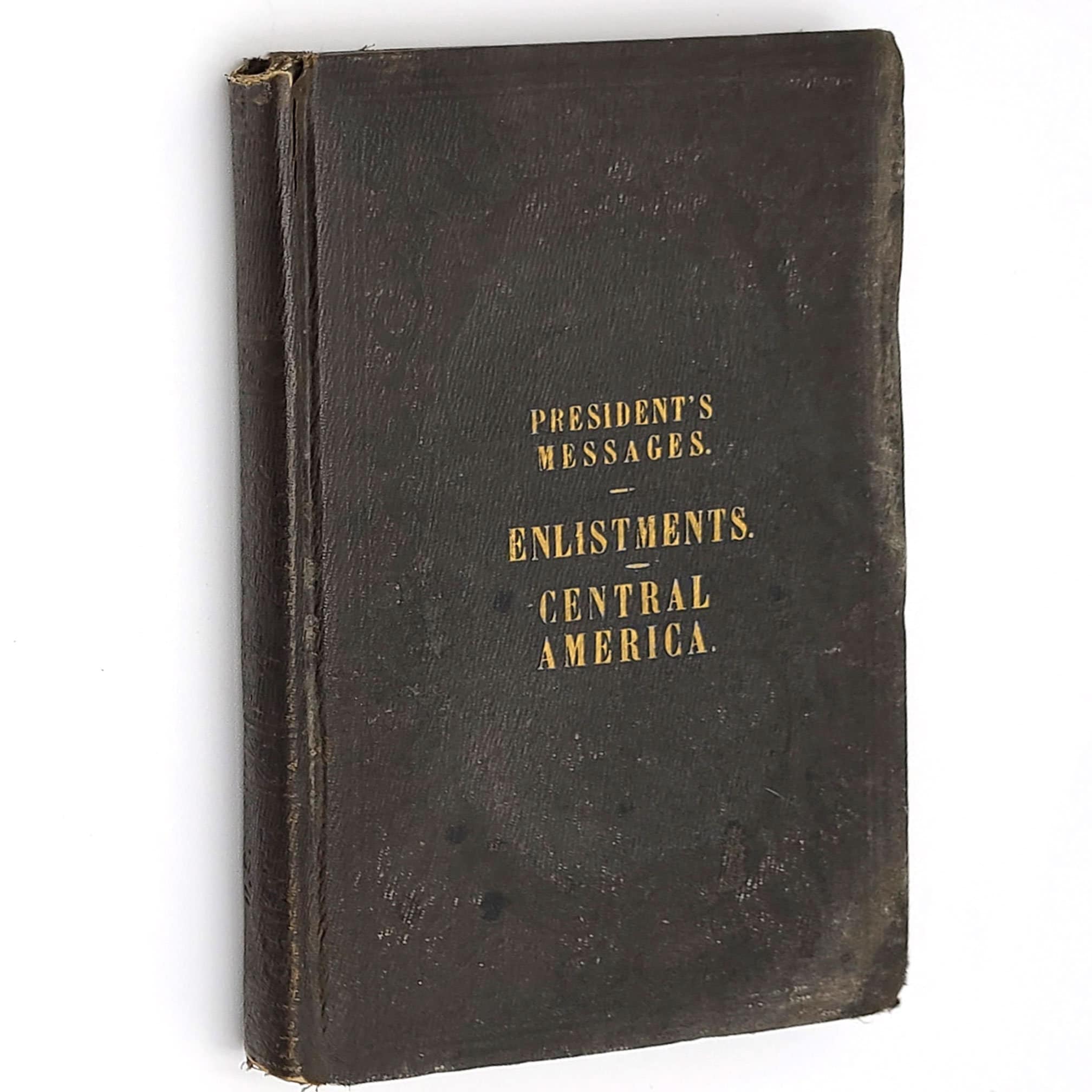 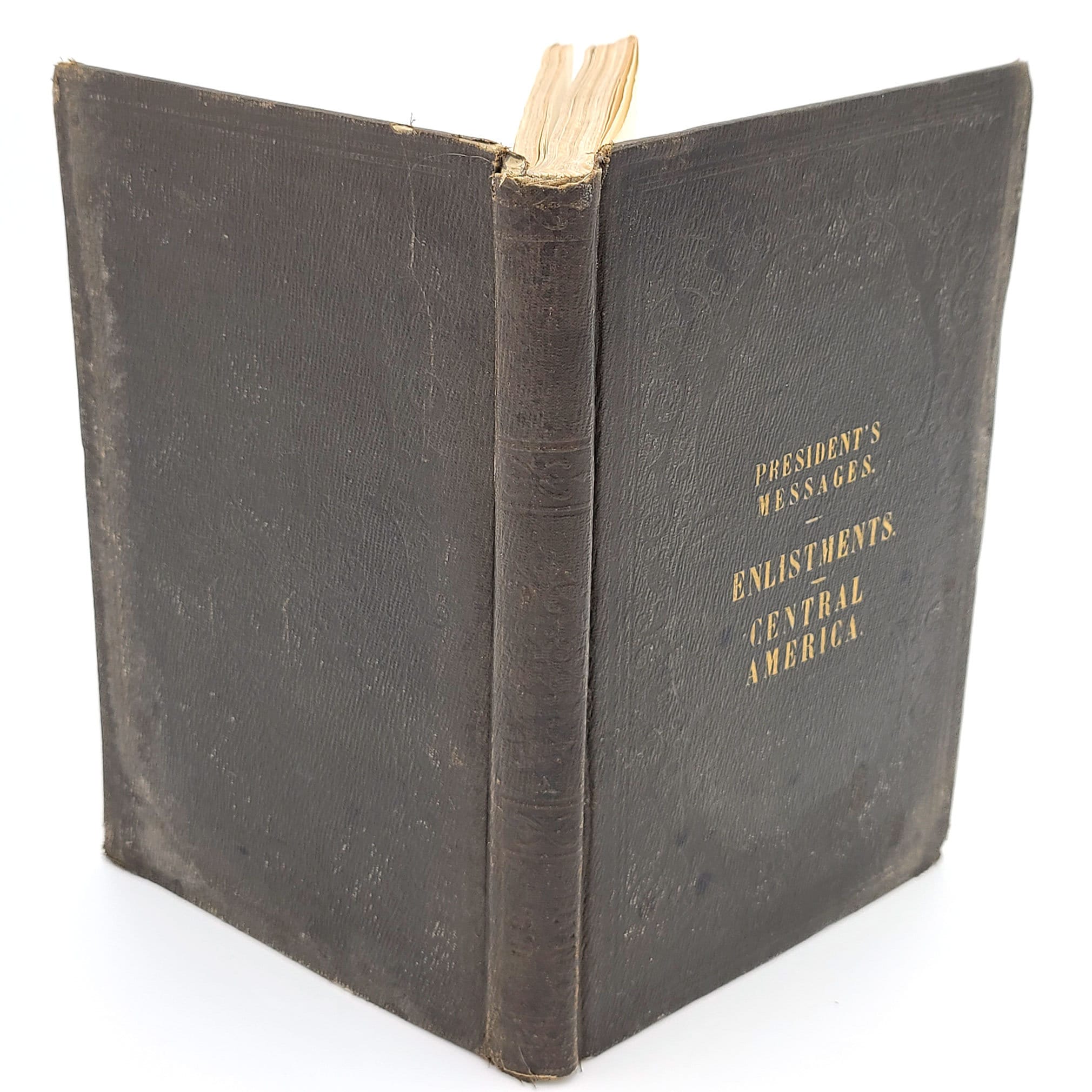 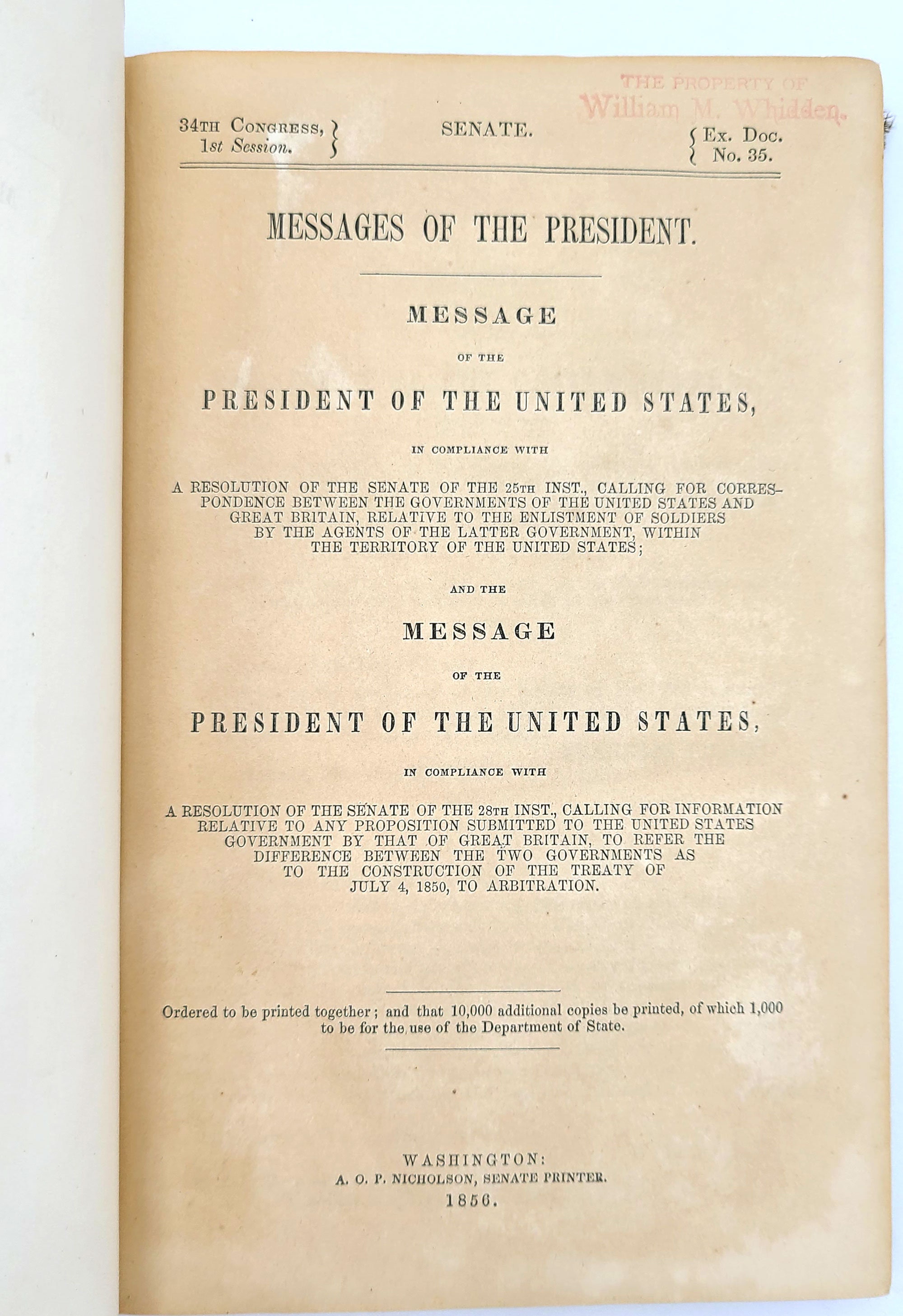 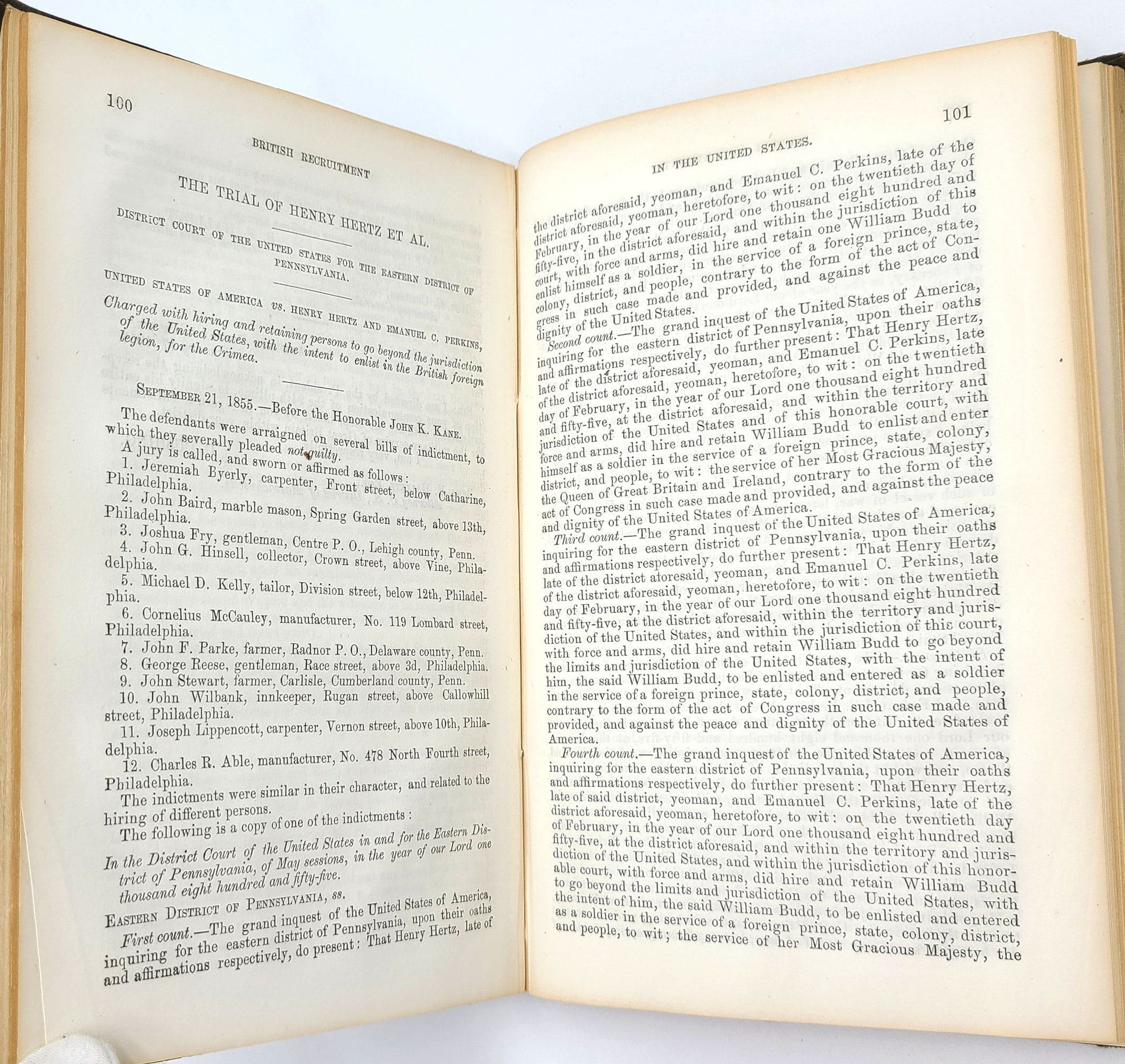 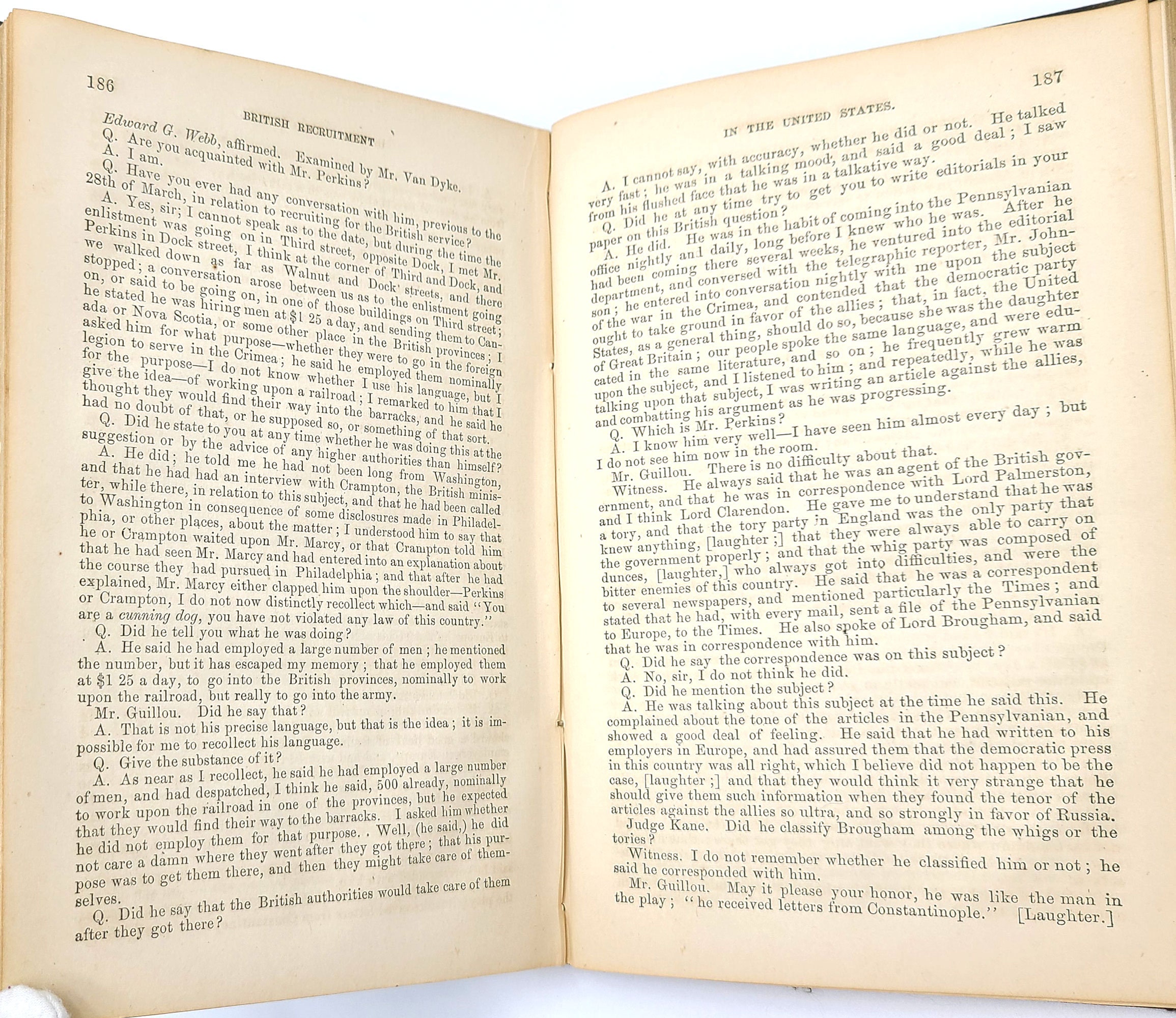 Documents regarding the recruitment of soldiers for the British legion taking place in the United States, in violation of sovereign rights. The recruiting was to establish a force to fight in the Crimean War [1853-1856] against the Russians. Includes extensive reporting on the Trial of Henry Hertz (United States of America vs. Henry Hertz and Emanuel C. Perkins, Charged with hiring and retaining persons to go beyond the jurisdiction of the United States, with the intent to enlist in the British foreign legion, for the Crimea, September 21, 1855).