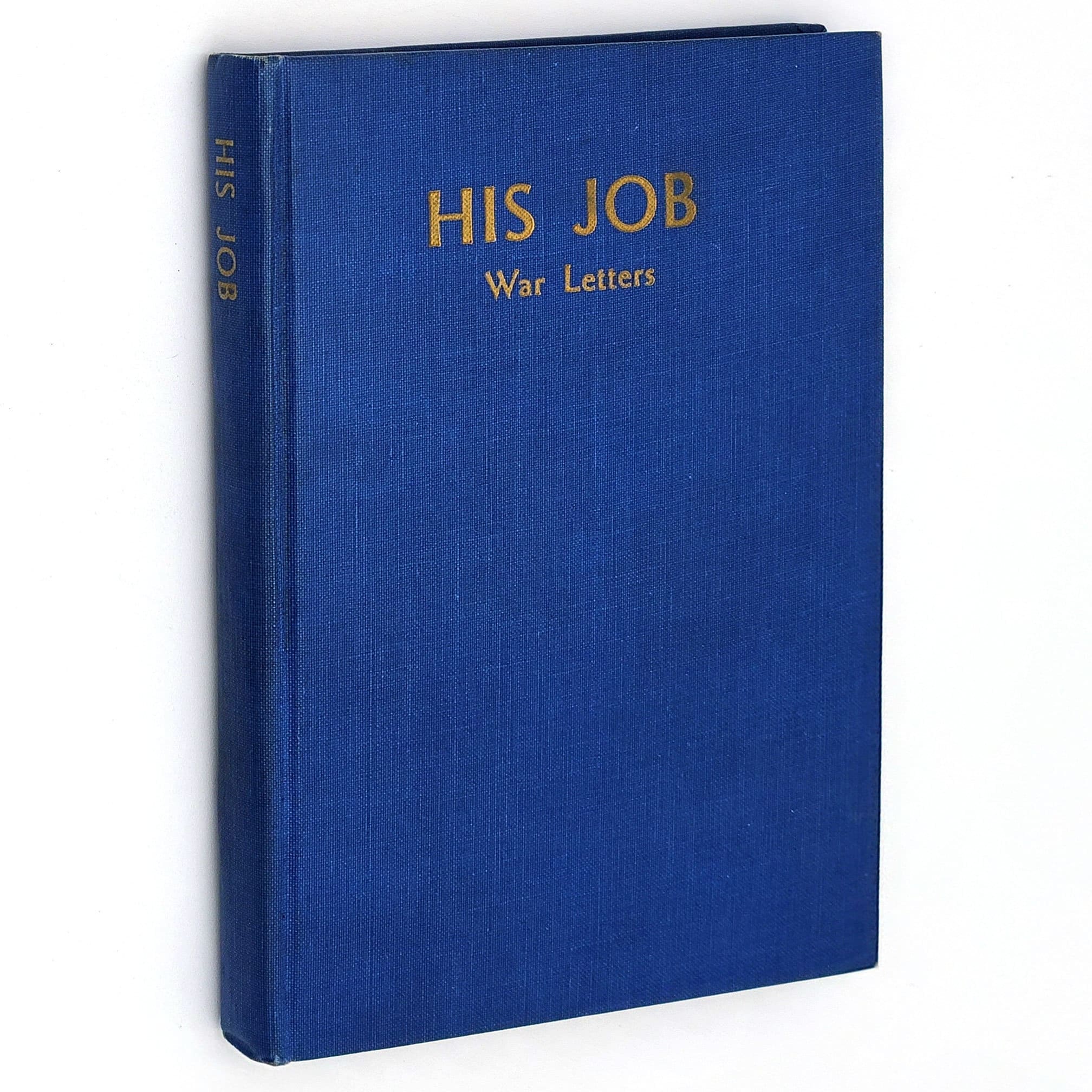 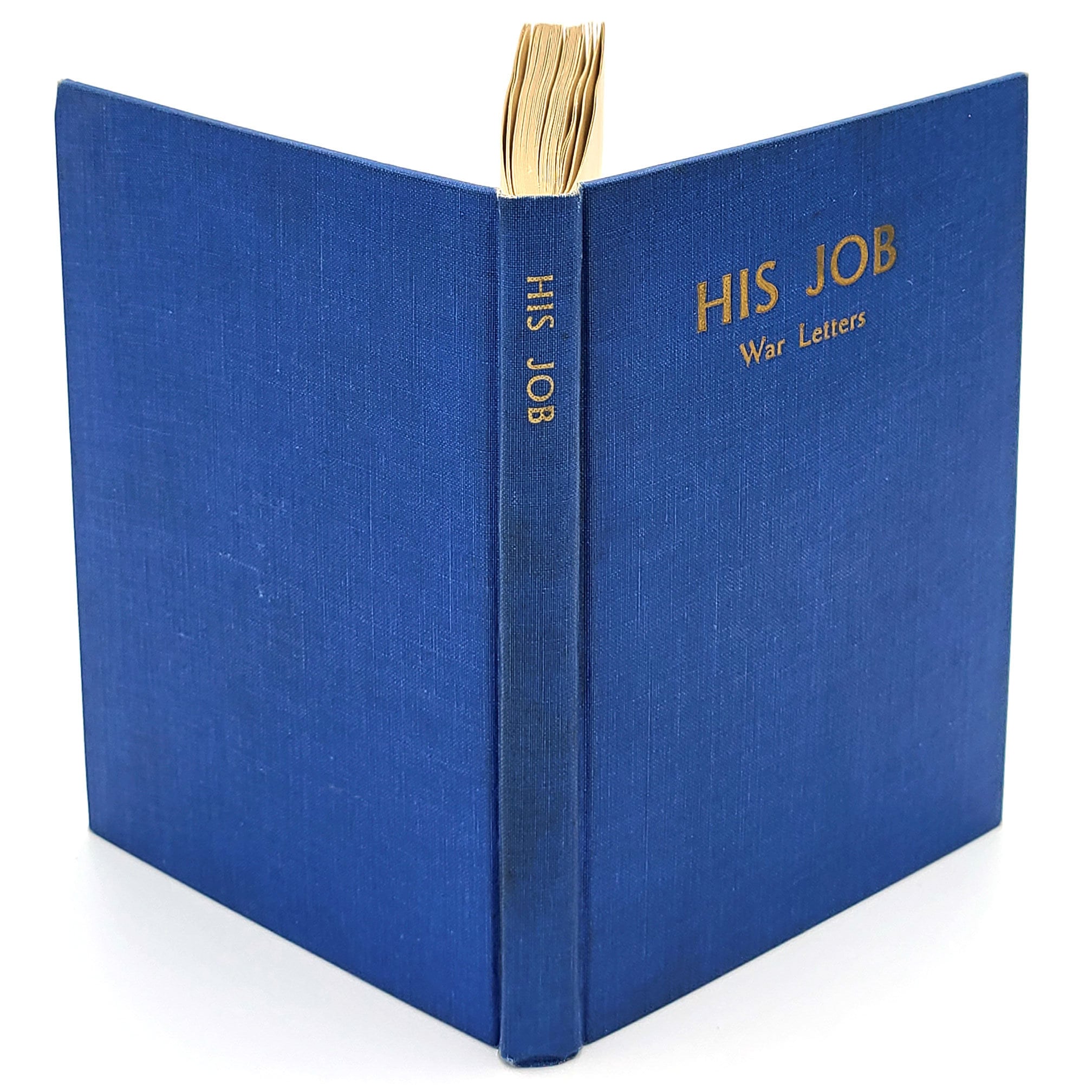 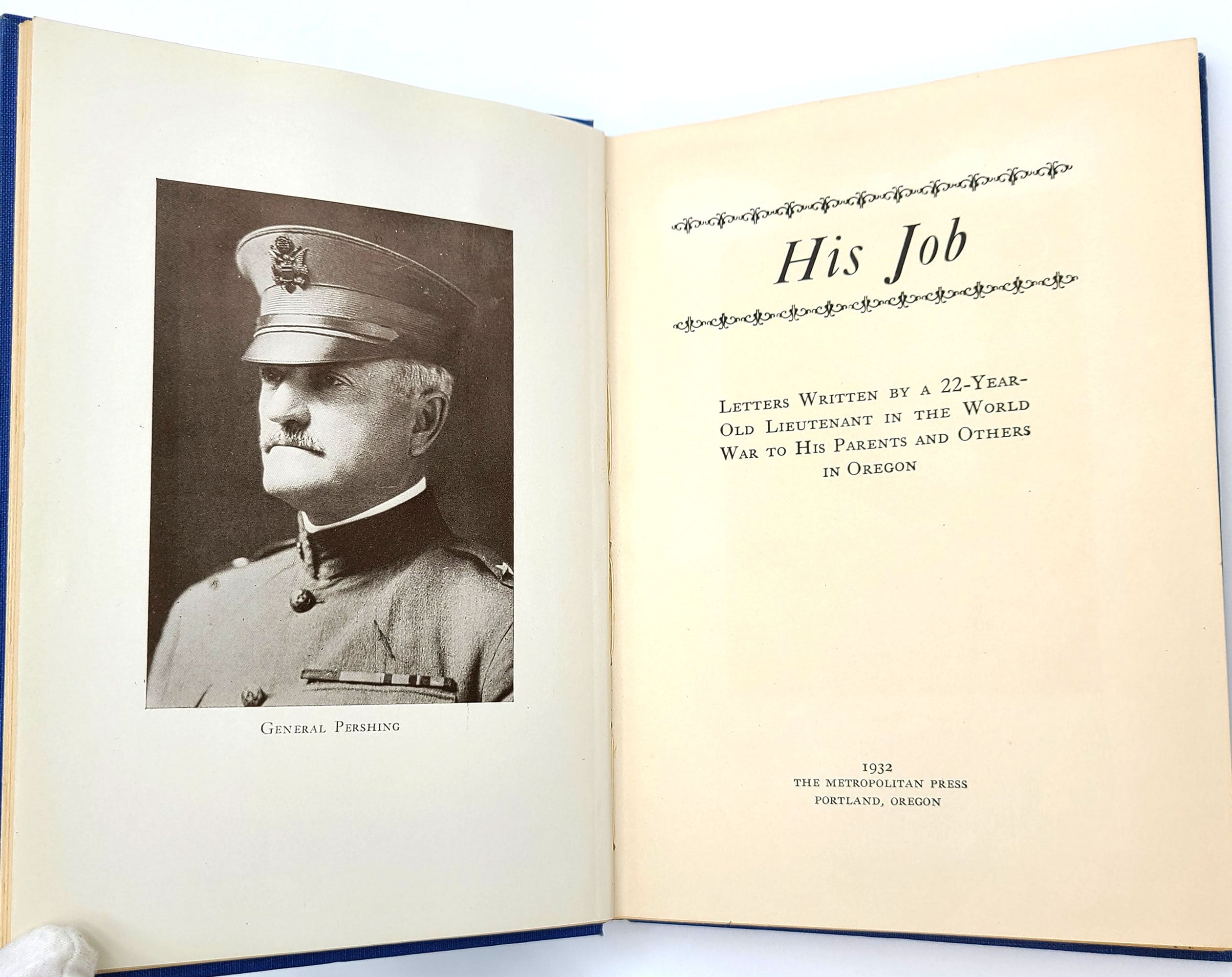 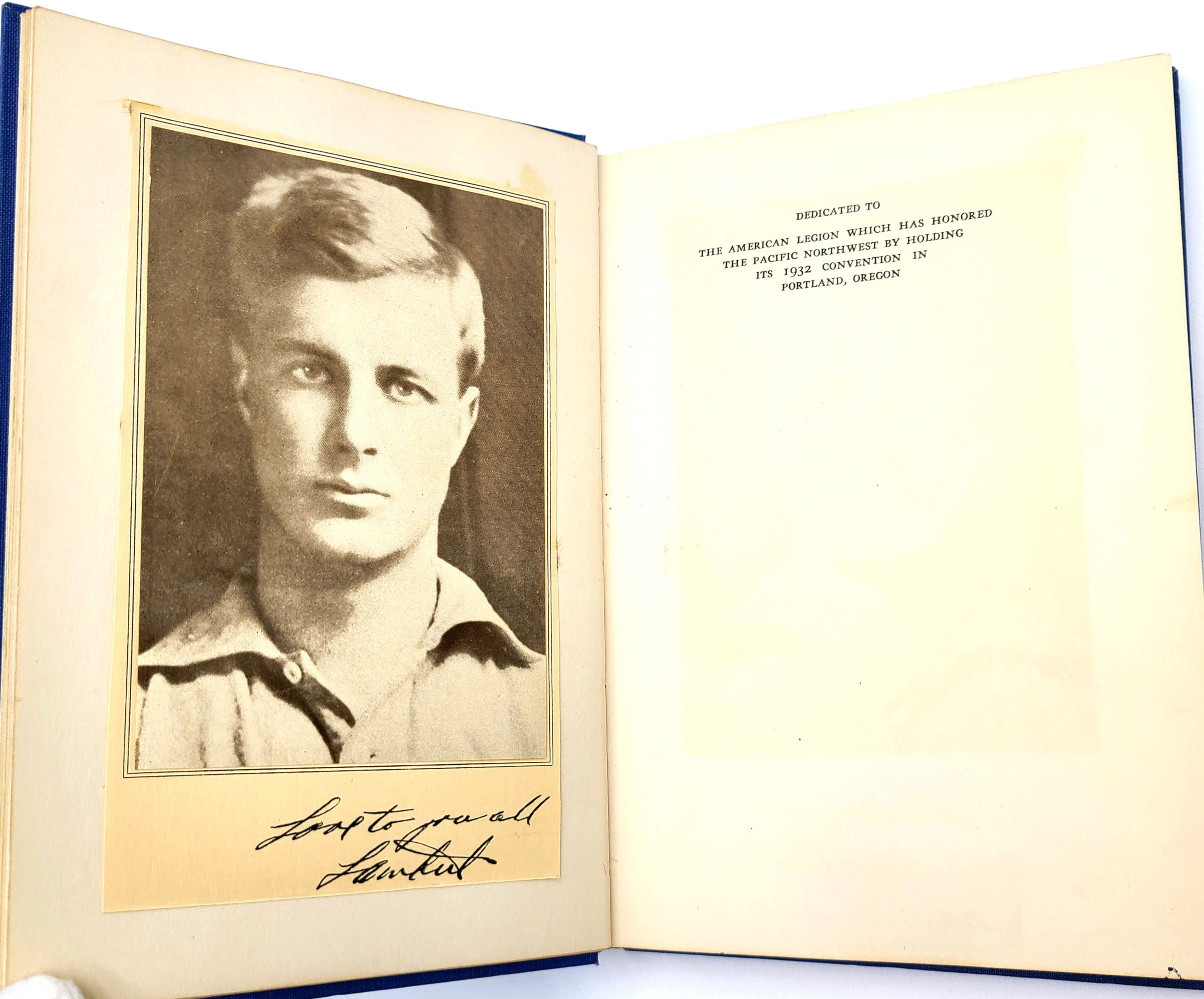 Title: His Job: Letters Written by a 22-Year-Old Lieutenant in the World War to His Parents and Others in Oregon

Laid-in is an envelope with several newspaper clippings, including two obituaries, a review of His Job, a couple articles by historian Fred Lockley about Lambert's Oregon pioneer family (association with the 'Lambert cherry'), and the original article reporting on Lambert being killed-in-action.

His Job is a collection of letters written by an American soldier in France during World War I. The soldier, identified only by his first name or initials in the publication, was Lambert Alexander Wood of Portland, Oregon. The letters were written between October 1917 and July 14, 1918. He was killed at the front a few days after the last letter was written, during the Aisne-Marne Offensive while leading his machine gun platoon, southeast of Soissons, on July 18.

Includes an introductory two-page letter by Major George H. Weems (later Brigadier General), recalling Lambert Wood, who had been one of his closest friends, both before the war (they trained at an Army Camp at Syracuse) and at the front.

Wood recounts many aspects of Army life in France: staying in the homes of the French, visiting Paris, sleeping and working in the mud, attitudes toward events of the war and at home in America, Army morale, thoughts about the enemy (typically referred to as the Boshe or Huns), the wounded, field hospitals, relations with officers, getting six inches of snow on Christmas 1917, receiving and reading letters from home, fountain pens with ink frozen in the zero-degree weather, drinking champagne and cognac, the YMCA and Red Cross, receiving packages (including Rogue River apples from Medford), good cigarettes, the beauty of the French countryside, experiences of being shelled by the Germans and the roar of artillery, clothing, camp life, trenches, capturing German soldiers, taking a Zeiss field glass and a Lugar, etc.

Lambert Wood, as a commissioned First Lieutenant, went overseas in September 1917, and went to the front in March 1917, participated in engagements near Chaeatu-Thierry and the recapture of Vaux in June and July. He was awarded a Distinguished Service Cross, posthumously, for his heroism.