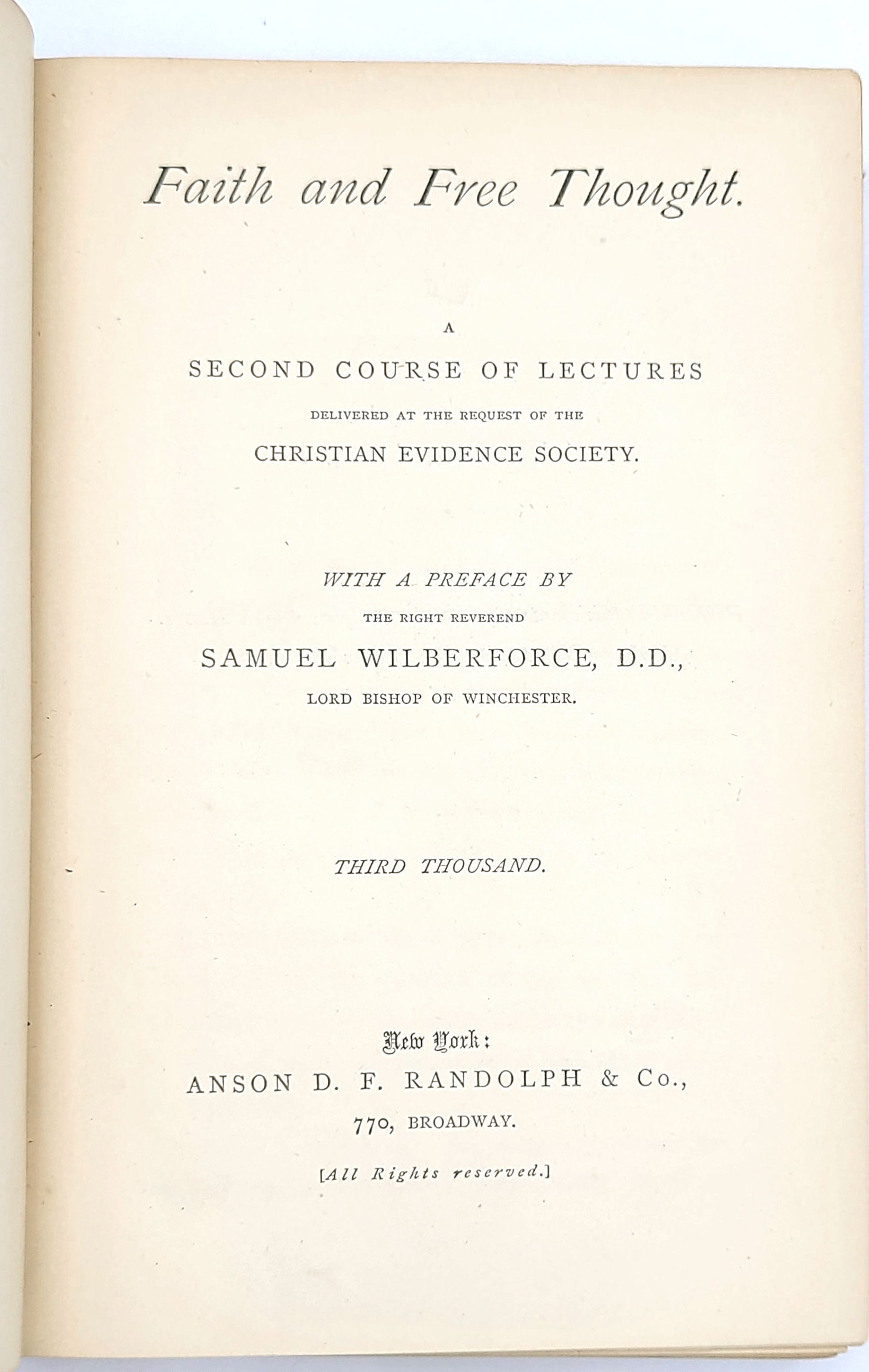 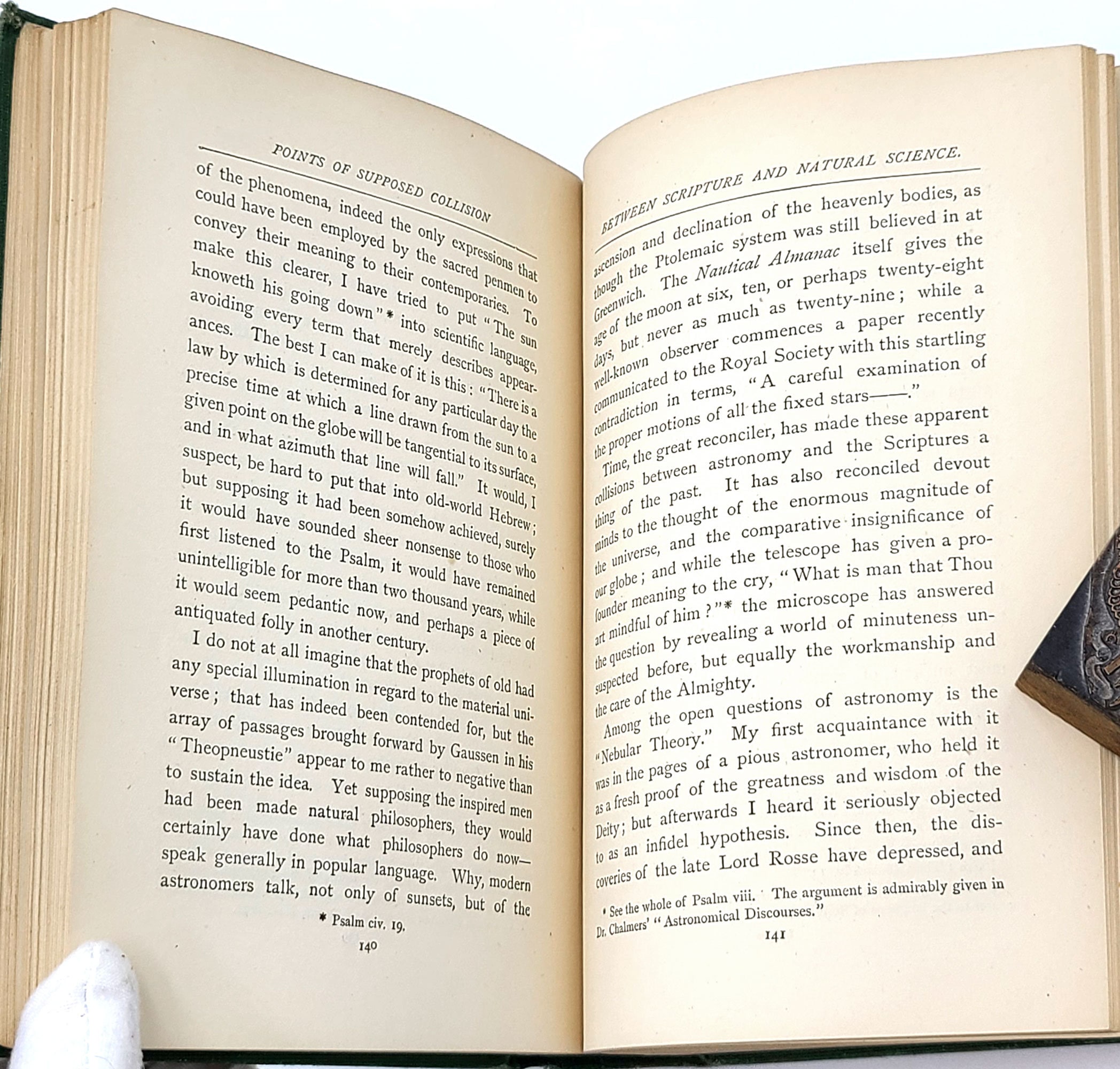 Title: Faith and Free Thought: A Second Course of Lectures delivered at the request of The Christian Evidence Society

Christian apologetics. The Second Series of the Lectures delivered in connection with the Christian Evidence Society.

[1] The Principle of Causation Considered in Opposition to Atheistic Theories (Rev. J. B. Mozley, Prof. of Div, Oxford).
[2] The Evidence Afforded by the Order and Adaptation in Nature to the Existence of a God (Charles Brook, Fellow of the Royal Society).
[3] The Philosophy of Human Responsibility (Rev. Canon [Thomas Rawson] Birks, Prof. Moral Theology, Cambridge).
[4] Points of Supposed Collision between the Scriptures and Natural Science (J. H. Gladstone, Fellow of the Royal Society).
[5] The Alleged Moral Difficulties of the Old Testament (Rev. Thomas Pownall Boultbee (Principal, London Divinity College).
[6] On the Corroborative Evidence of Old Testament History from the Egyptian and Assyrian Monuments (W. R. Cooper, Secy, Society of Biblical Archaeology.
[7] The Argument for the Supernatural Character of Christianity, from Its Existence and Achievements (Rev. Henry Allon).
[8] Christianity Suited to All Forms of Civilization (Sir Bartle Frere, Doctor of Civil Law).
[9] The Contrast between Pagan and Christian Society (V. Rev. Charles Merivale, Dean of Ely).
[10] The Force Imparted to the Evidence of Christianity from the Manner in which a Number of Distinct Lines of Proof Converge in a Common Centre (Benjamin Shaw, Fellow of Trinity College, Cambridge).
[11] Man a Witness for Christianity (Rev. Joseph Angus).