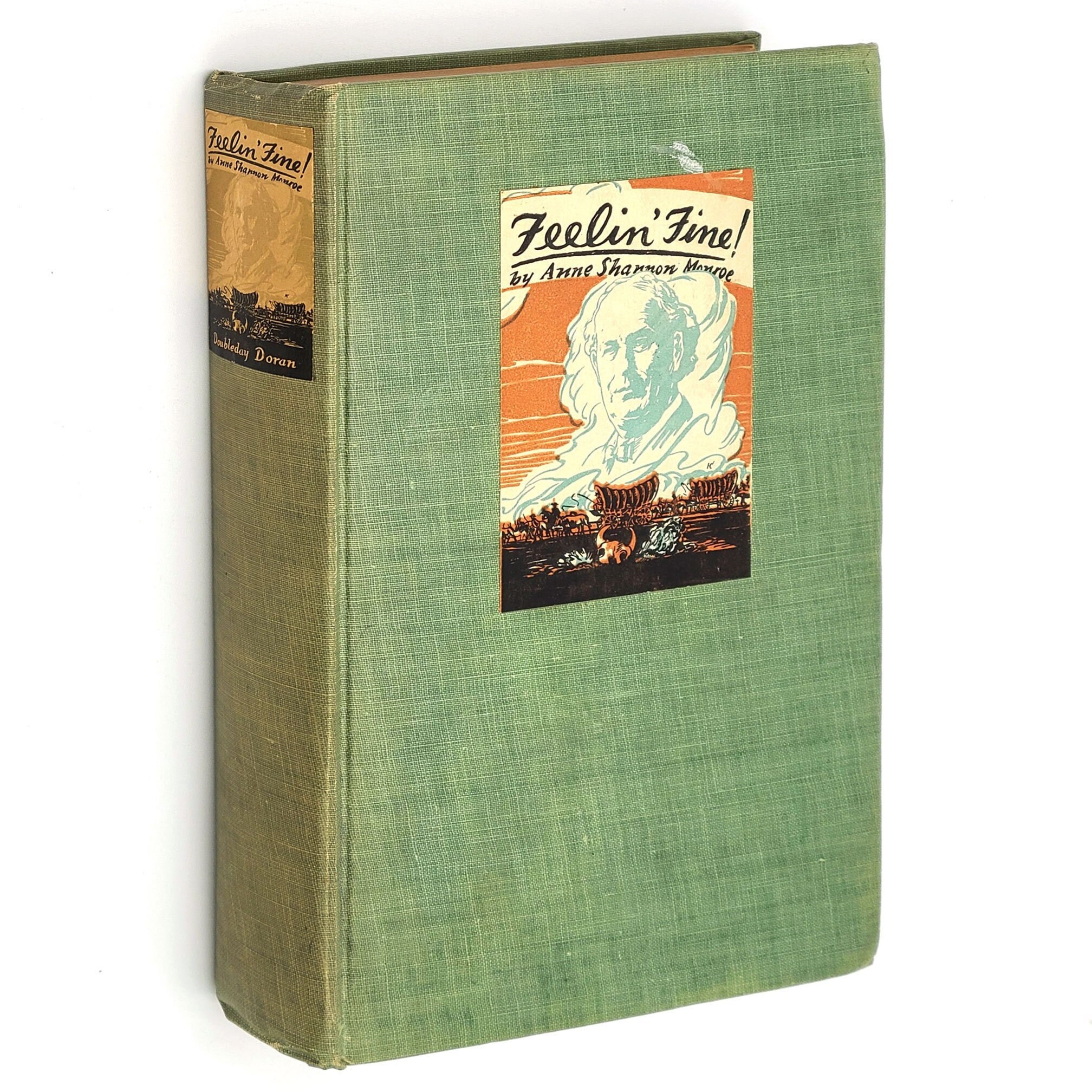 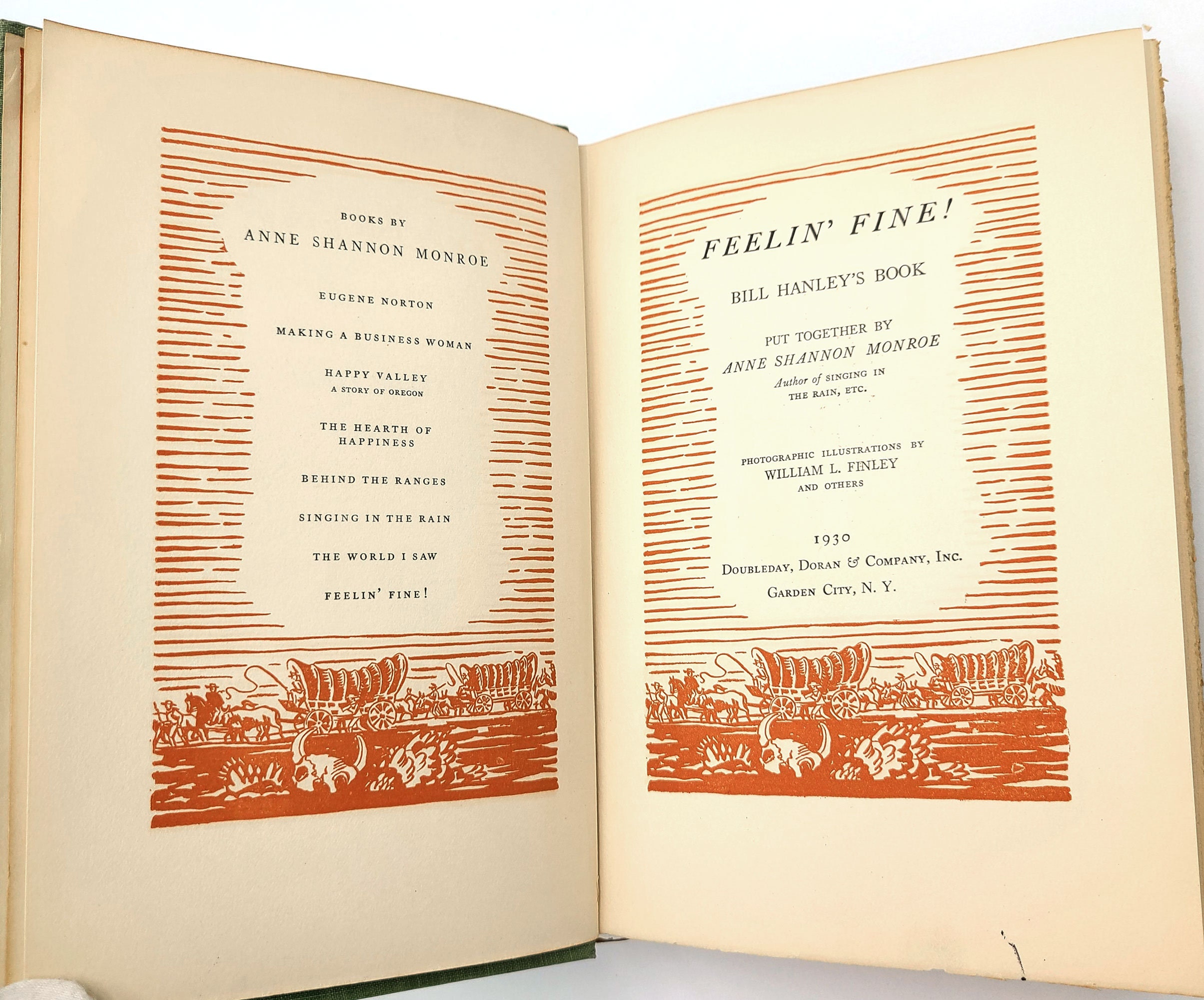 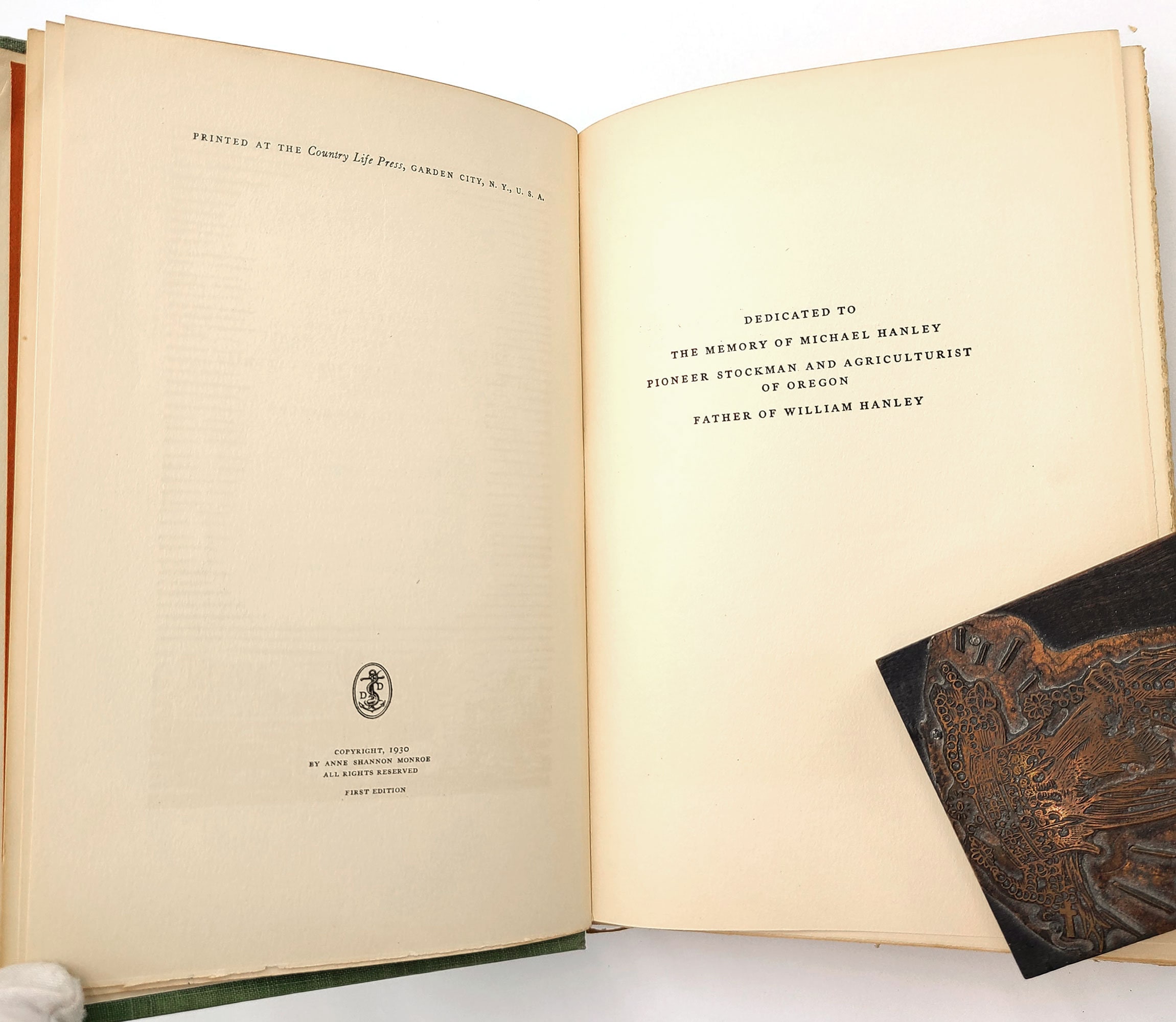 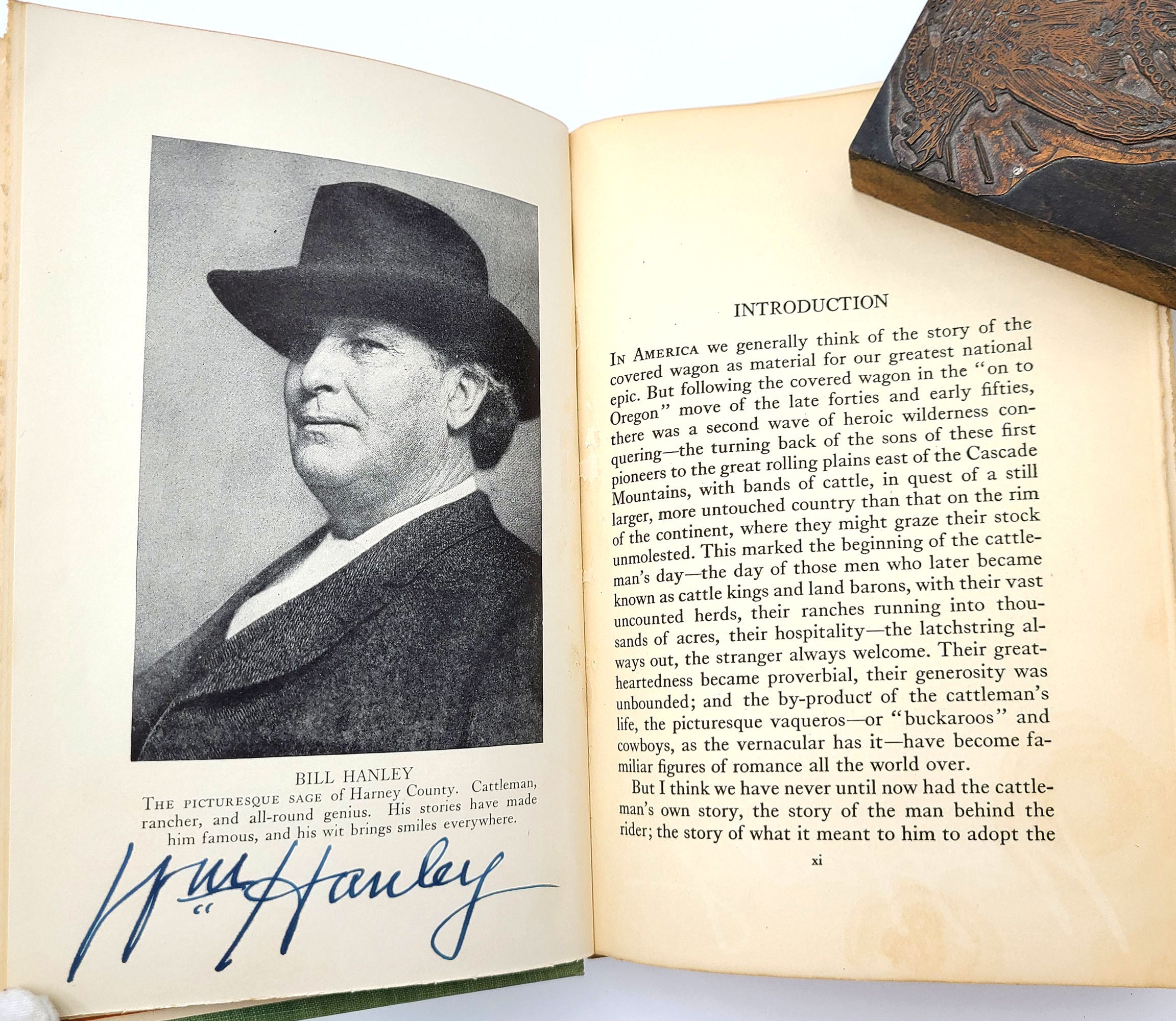 Description: Signed by Bill Hanley (on the frontispiece under his portrait). Stated First Edition. Boards in green cloth with an illustrated paper title-block on both the front cover and spine (spine block is faded). Spine ends pushed; front cover shows some light cup-rings and a white blemish just above the illustration. Map endpapers. Small mark at foot of title page, else interior is clean and unmarked. Eight plates with illustrations from photographs. xv, 304 pages. 8 x 5.5 inches.

An account of one of the last great cattlemen, the Oregon pioneer rancher William Danforth ''Bill'' Hanley (1861-1935), known as ''the sage of Harney County.'' The narrative was created by the author, drawn from Hanley's own notes written during his later days at the close of his days on his ranches, which she assiduously collected, and from his collected utterances.

Bill Hanley was born in Jacksonville in southern Oregon, the son of cattleman Michael Hanley. He owned one of the largest privately held cattle operations in the United States, primarily near Burns and Harney Lake. He was also a candidate for political office, having run for both governor and the U.S. Senate. He counted among his friends Theodore Roosevelt, William Howard Taft, William Jennings Bryan, Peter French, James J. Hill, C.E.S. Wood, Oswald West, and Will Rogers. He passed away September 15, 1935, just hours after being feted as the guest of honor during "Hanley Day" at the Pendleton Round-Up.